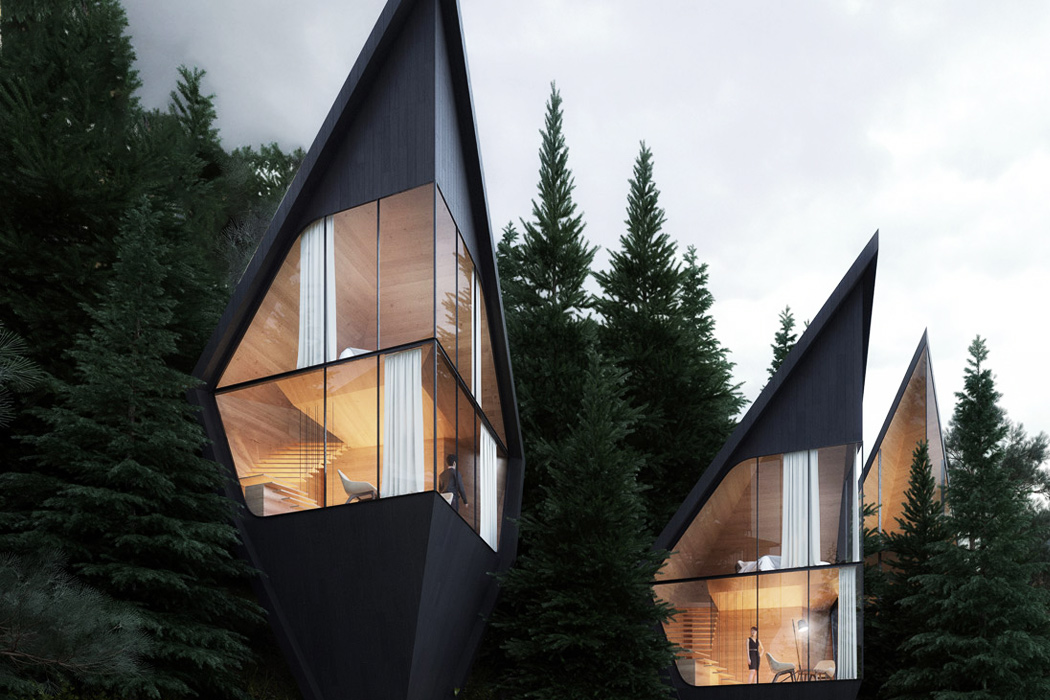 Hotels have often been the means to an end, a place to stash your luggage and crash through the night while you explore the vibrant surroundings. But that changes with these designs… Each of these designs is a unique space that speaks to its surroundings, by allowing you to break free from the world and escape to the almost-mythical beauty they represent. Providing heritage experiences of living in a restored Geisha house to the thrilling view of the London skyline with a 360-degree infinity pool, there is a hotel here that will inspire your wanderlust! 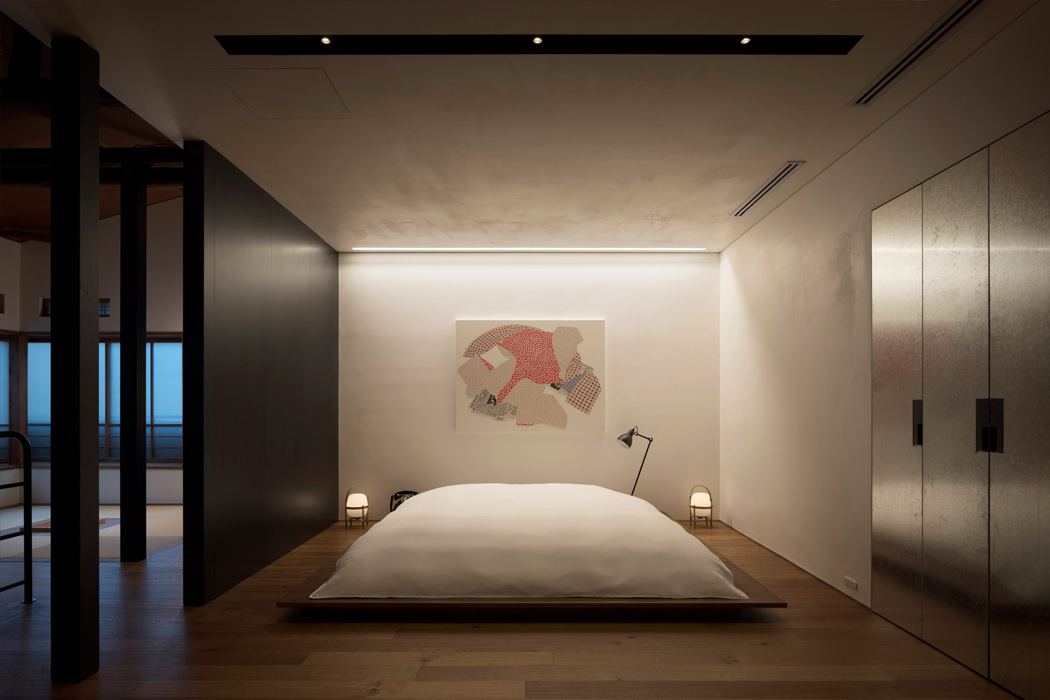 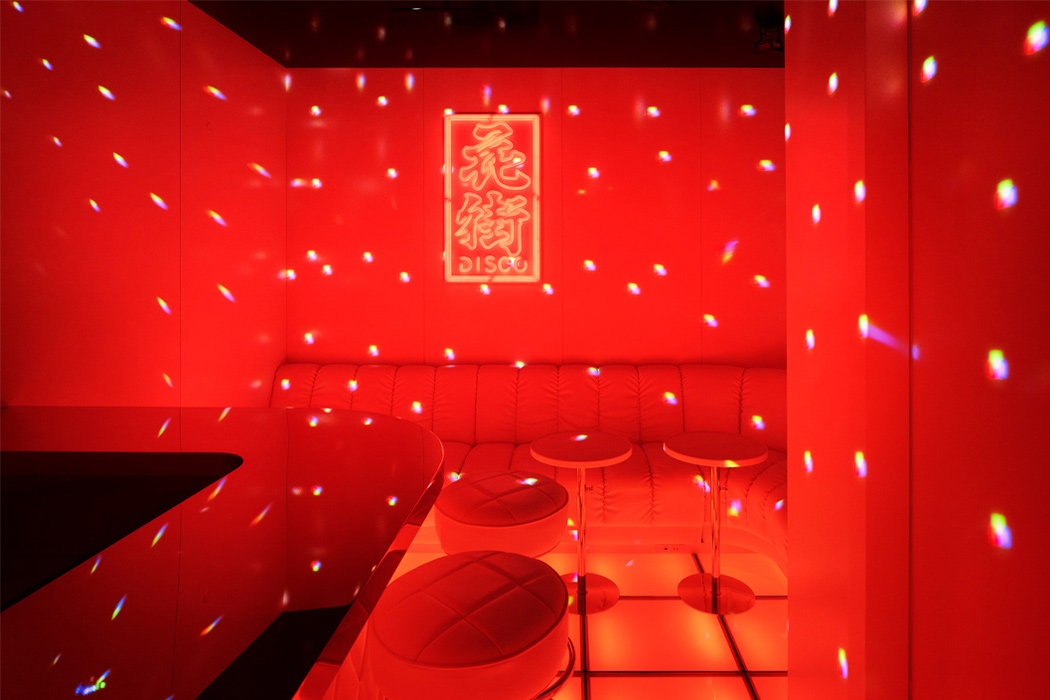 The one-bedroom boutique hotel, Trunk House by Hiroe Tanaka takes over a 70-year-old geisha house, adding a bright-red disco room that, according to the designers, is the smallest disco in Japan! 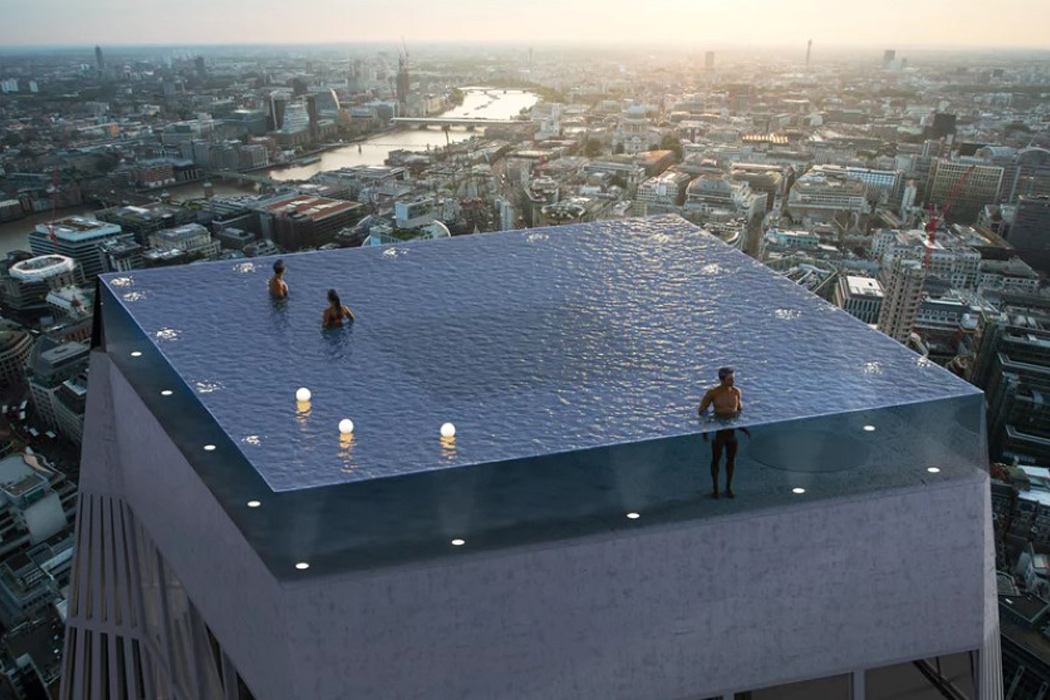 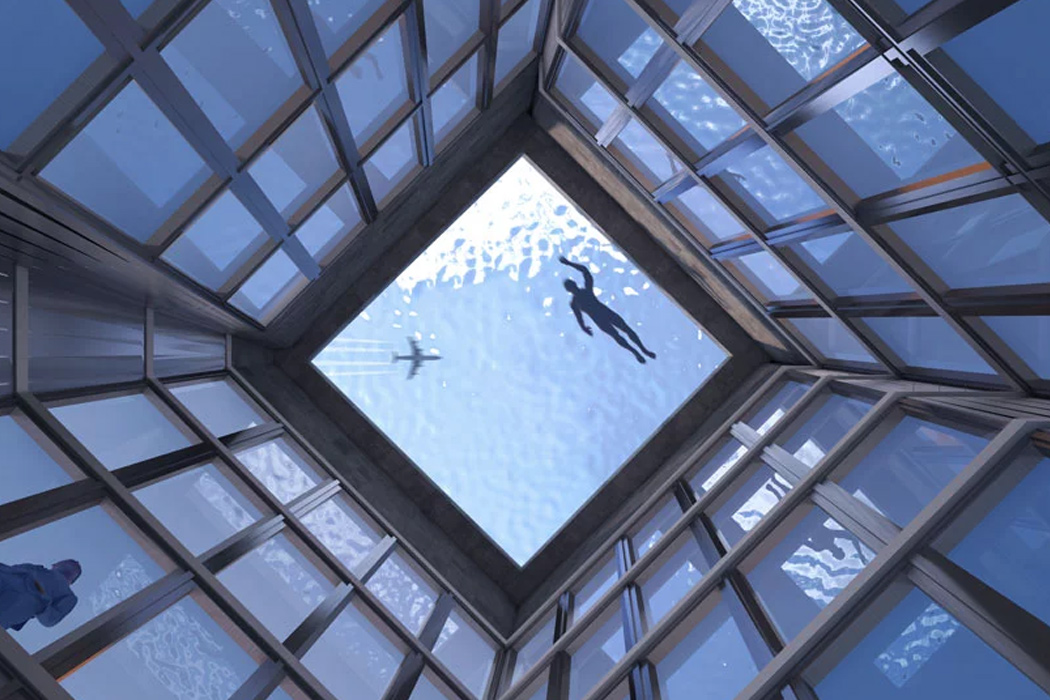 The vision for Infinity London is rather unique. A 600,000-liter infinity pool with an edge-less design on all four ends, giving you a stunning reflection of the sky above you, interrupted by concrete, tiles, or ladders by Compass Pools. 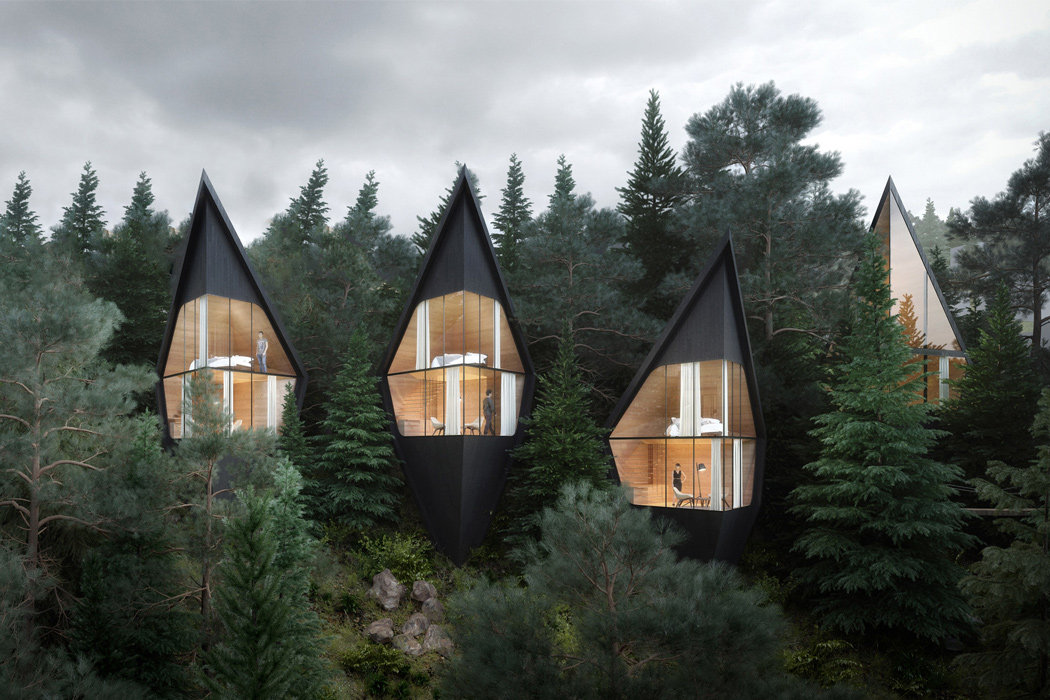 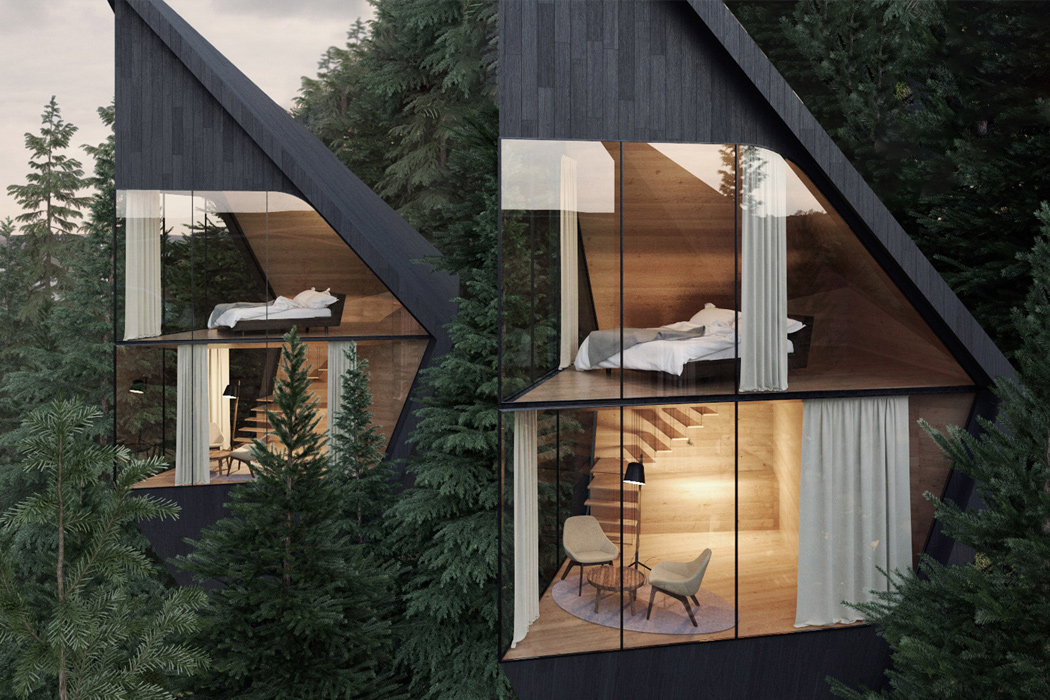 The Tree House Hotel Room is structured to serve as hotel rooms, offering tourists the opportunity to connect with nature. “The project is conceived as a ‘slow down’ form of tourism, where nature and the integration of architecture within it plays the primary role,” said the architects Peter Pichler and Silvana Ordinasstudio. 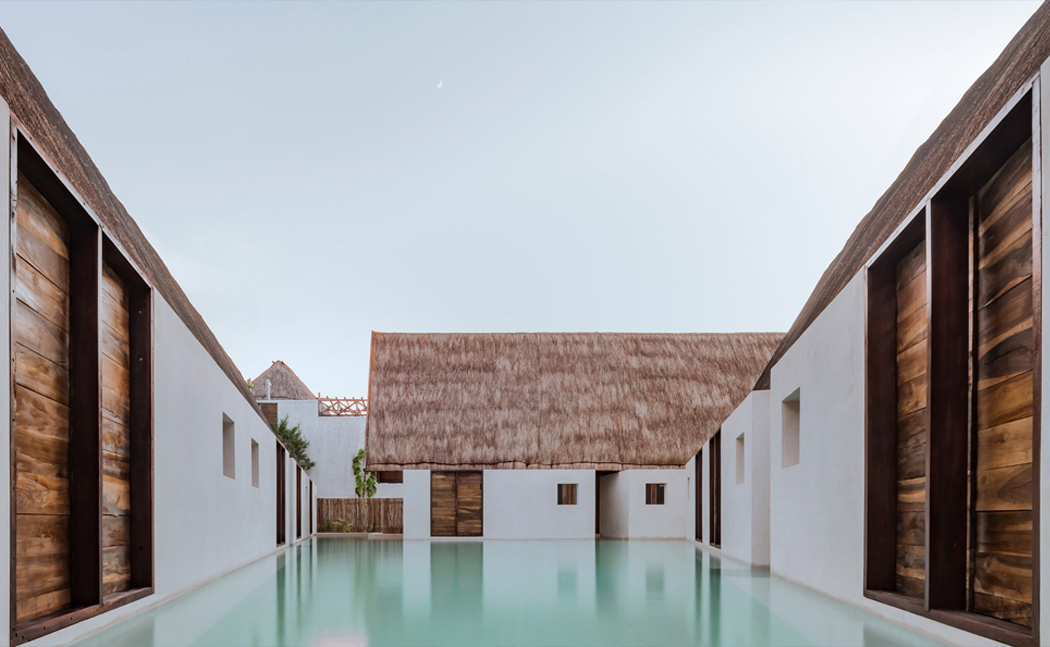 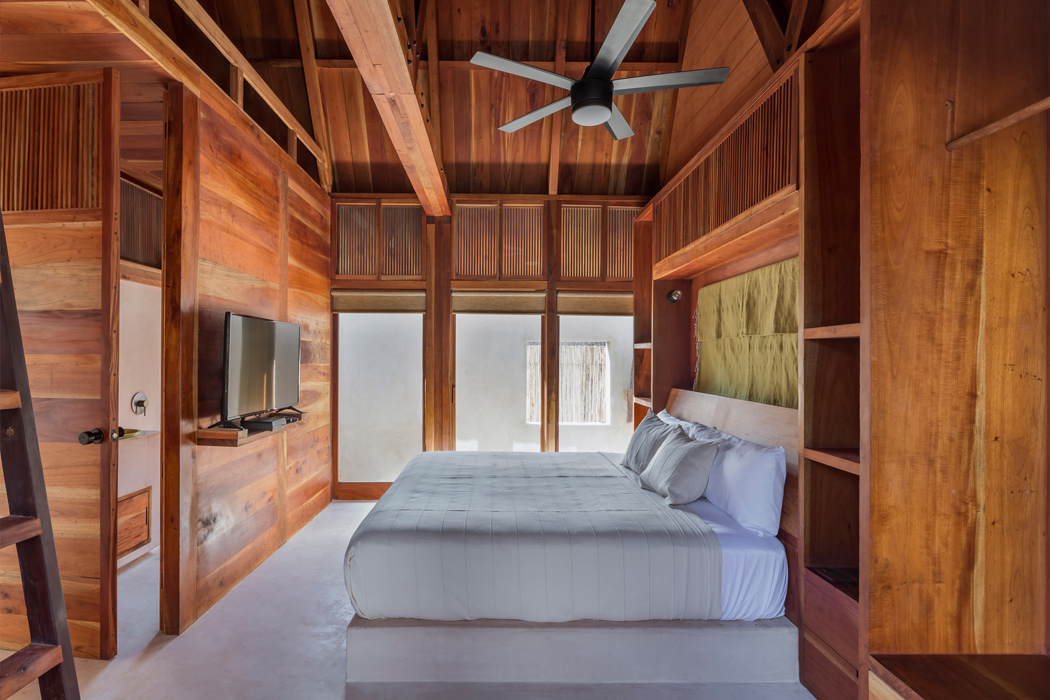 The Punta Caliza hotel is an intimate sanctuary on the remote island of Holbox, Mexico, based on the region’s ancient buildings with each room equipped with a private plunge pool that connects to the main canal, reflecting the omnipresence of water on Holbox as designed by Estudio Macías Peredo. 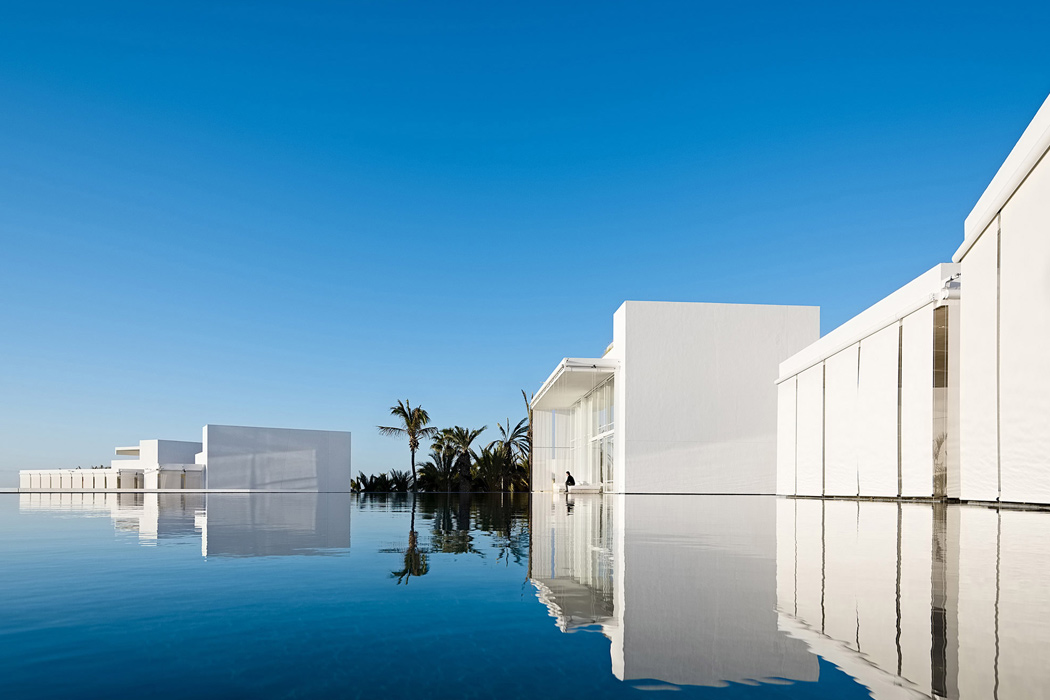 Hotel Mar Adentro sits on the coast of San José del Cabo, at the southern tip of Mexico with rooms designed to look like little sugar cubes as they are reflected in the shallow pools that surround the guest rooms, designed by Taller Aragonés. 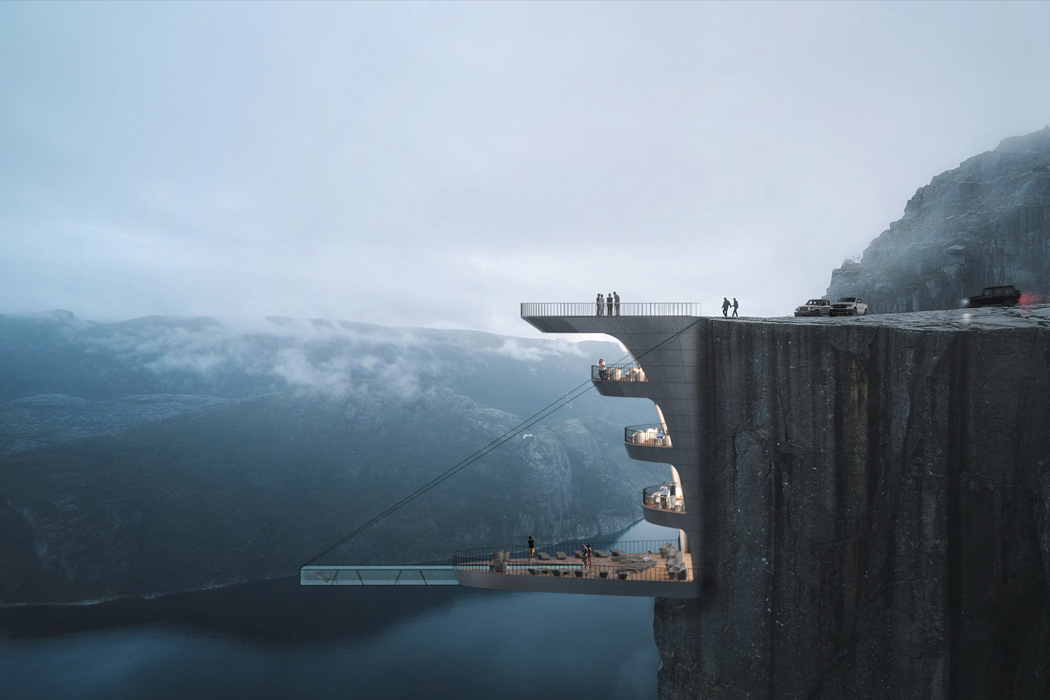 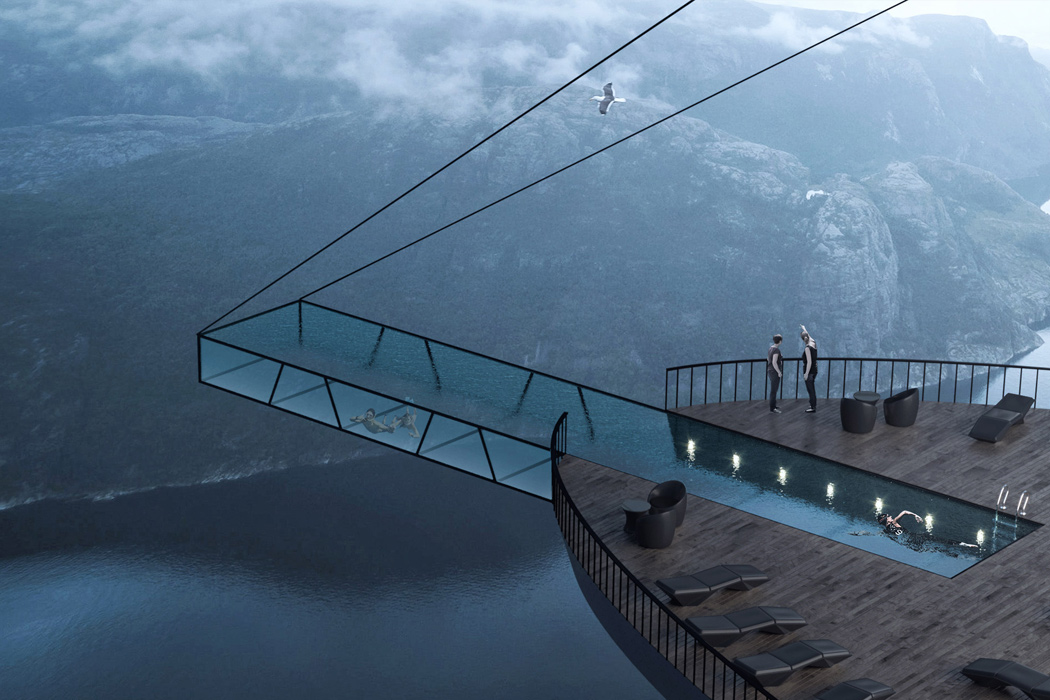 Hayri Atak Architectural Design Studio has proposed building a hotel at the 600-meters-high place in Norway known as the Preikestolen to recreate the thrill of “living on and beyond the edge”. 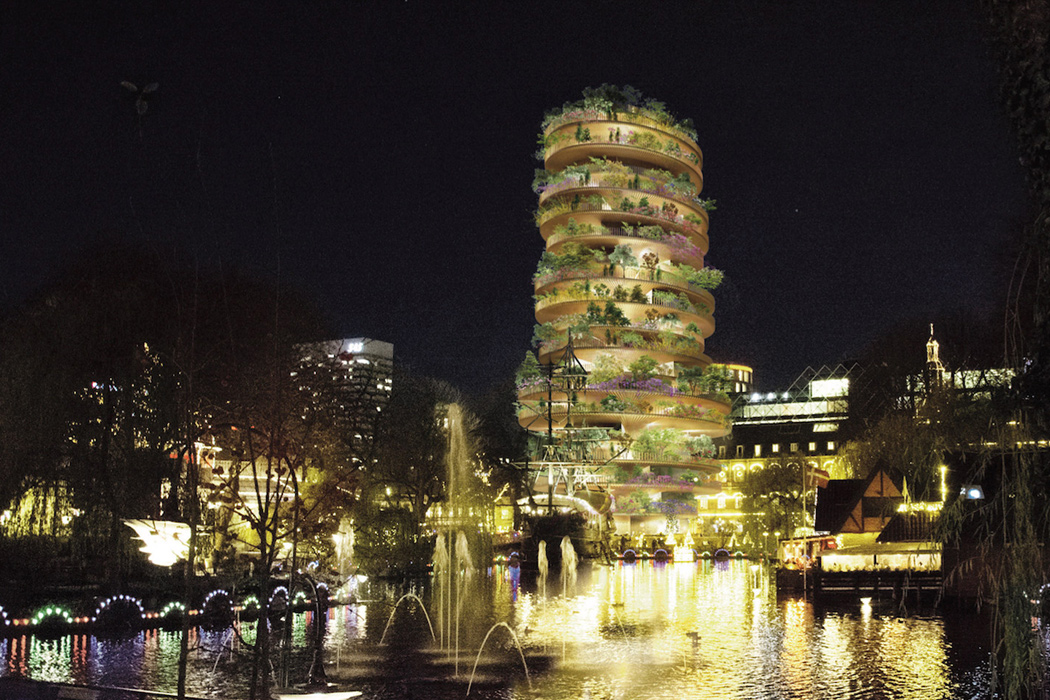 The H C Andersen Hotel is named after the Danish author Hans Christian Andersen and the pagoda-inspired hotel will consist of a stack of 18 misaligned floors as designed by BIG Studio. 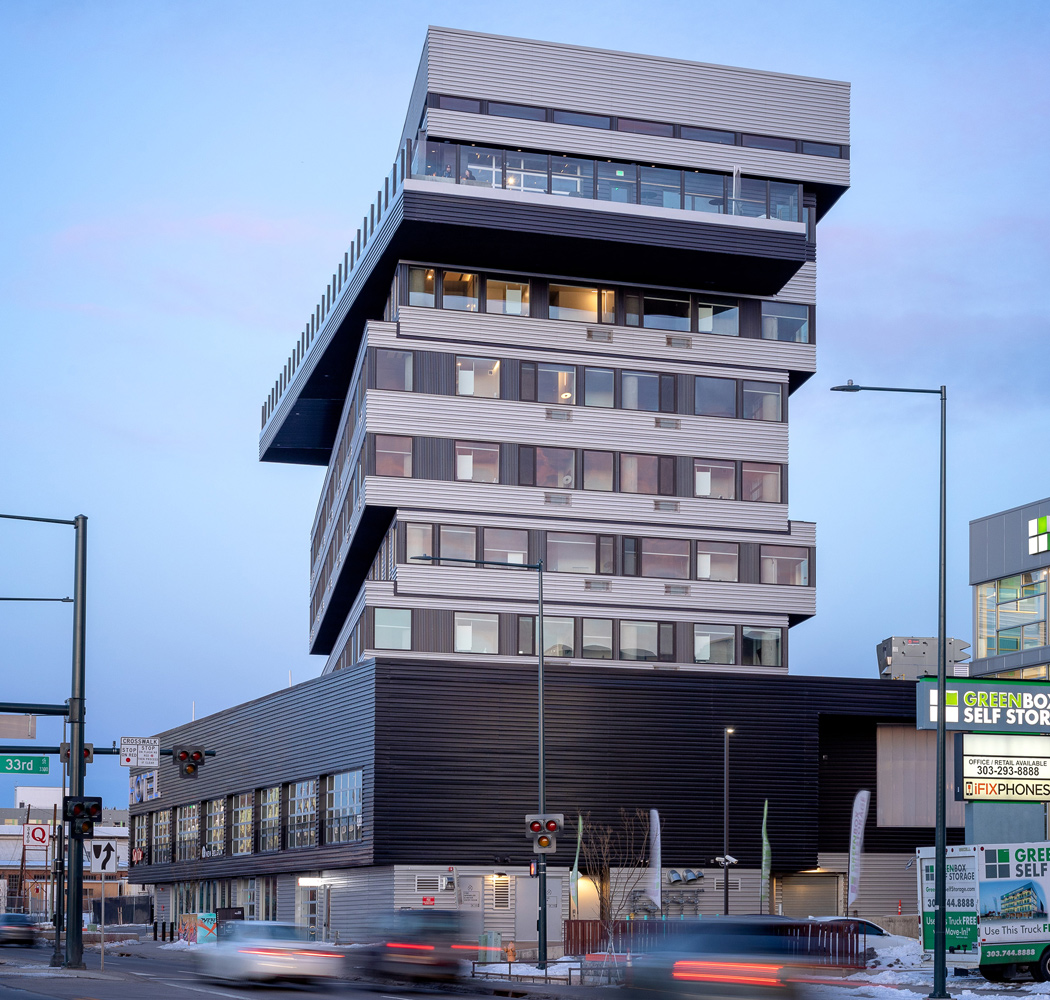 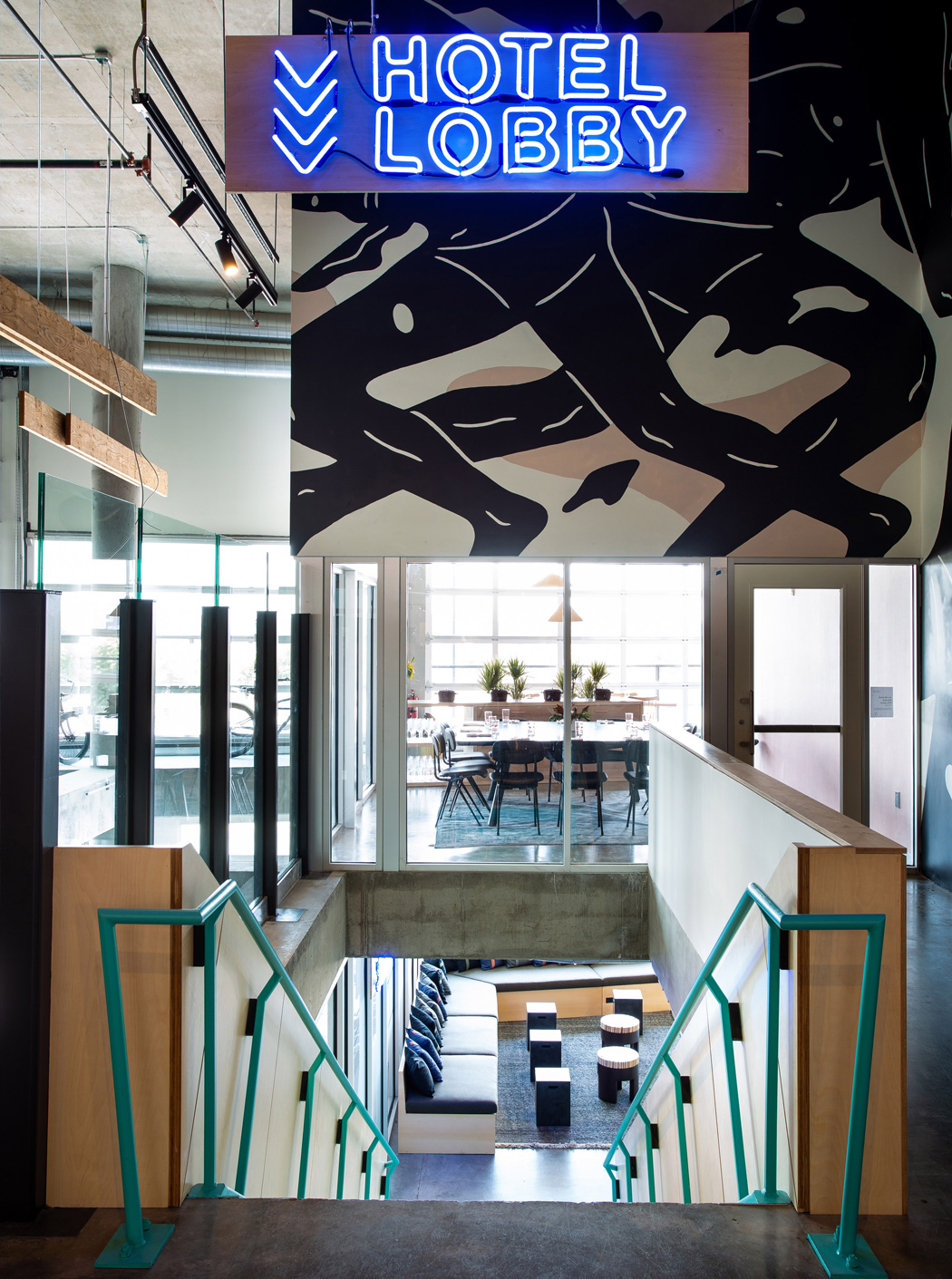 The eight-storey Source Hotel sits along a major boulevard in the River North Art District (RiNo) and is designed with irregularly stacked floors and interiors that give it an interesting industrial design meets punk vibe by Dynia Architects. 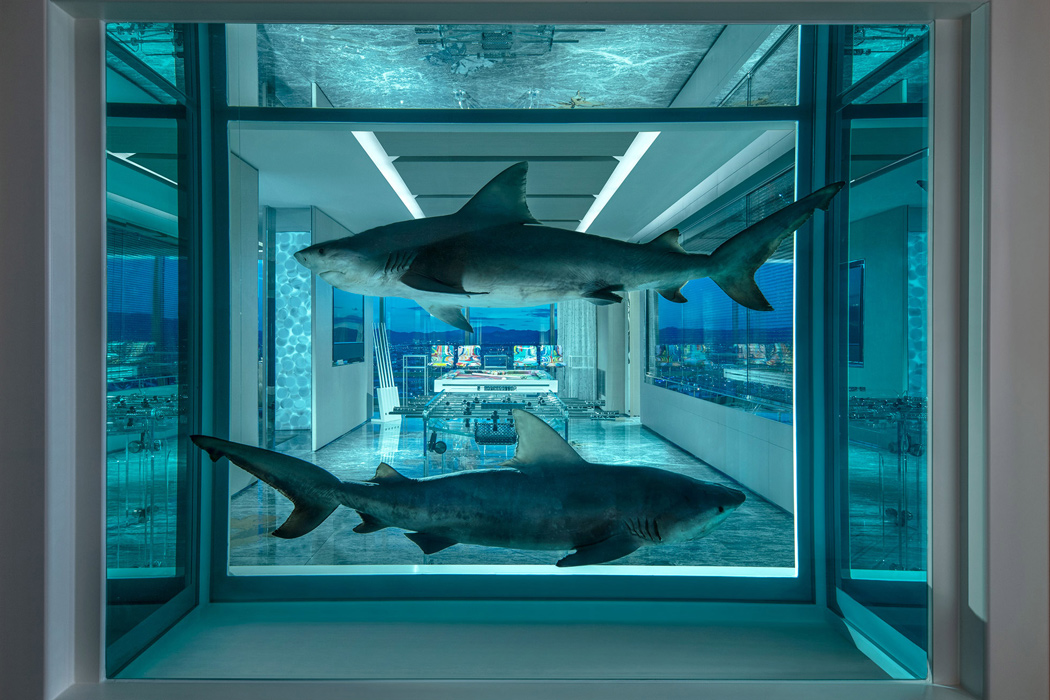 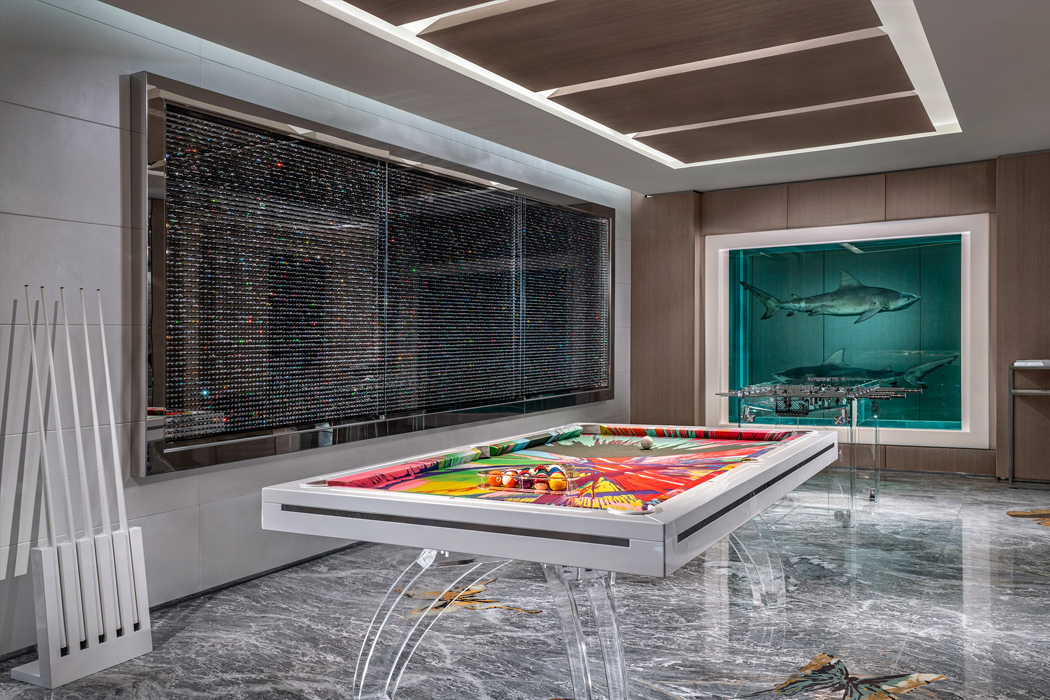 Damien Hirst has designed an extremely opulent suite in a hotel in Las Vegas which follows the theme of pills, butterflies and even sharks suspended in formaldehyde! The Empathy Suite spans 9,000 square feet (836 square meters) and occupies two storeys within the Palms. 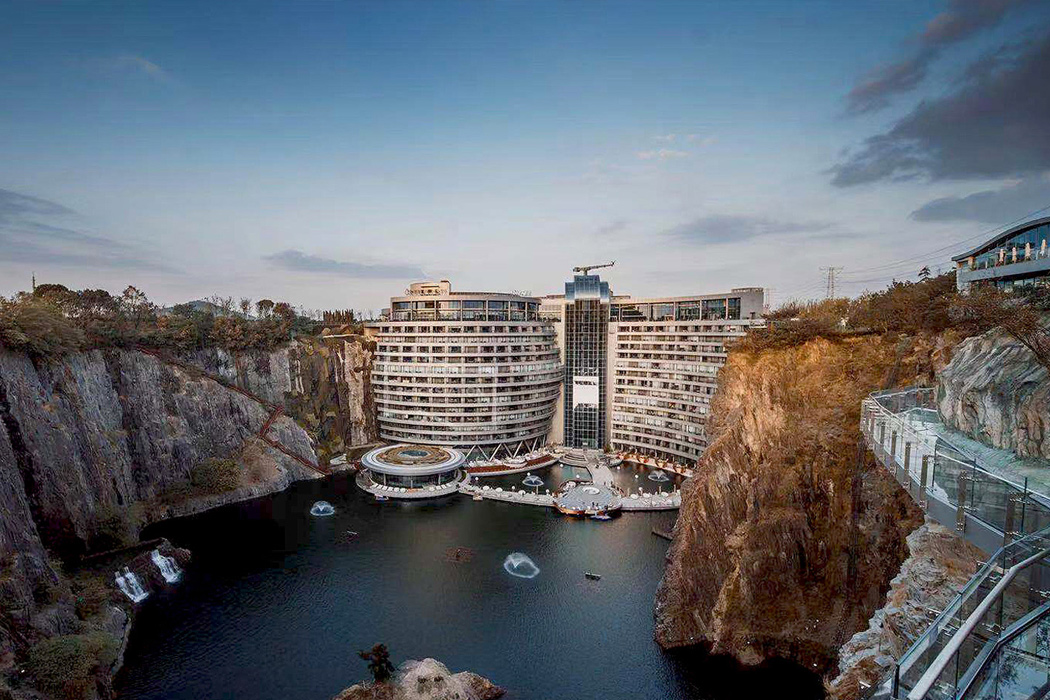 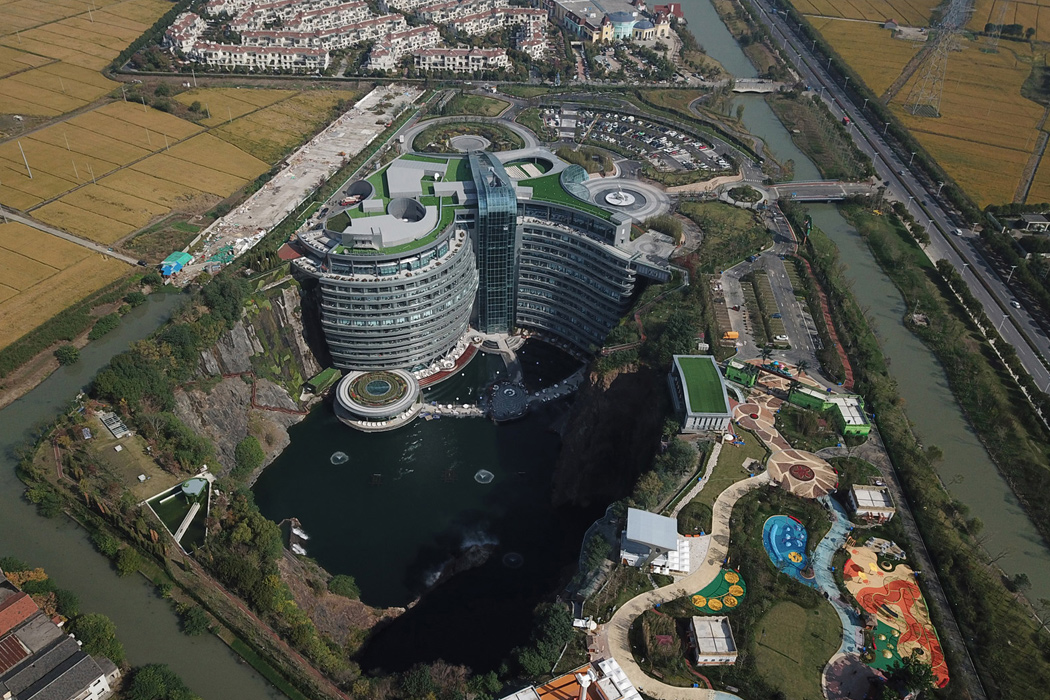 The Shimao Wonderland Intercontinental is located in an 88-meter-deep abandoned quarry near Shanghai as designed by Jade + QA. “The concept for the building was inspired by the quarry itself and by its natural environment needing to be finely balanced with the new development following the using the Tao principles of yin yang,” says Jochman

The World’s Most Innovative Company in Design for 2019, Ammunition Group, needs an ID intern

Ammunition Group has been recognized and honored by Fast Co. as the World’s Most Innovative Company in Design for 2019, and why not, especially given…

What do you do with an unused hanger, early in the morning? This right here is the worlds newest reinvention of the clothing hanger. In…

Ever woken up to the smell of fresh coffee, or sizzling bacon, or just the fragrance of your loved one? Smell has a way to…

This Anti-Theft For Bike Relies On Good Samaritans

Meerkat is a bright, colorful ABS beacon kinda thang that has the height, sex and age of the owner of a bicycle molded onto it….