I heard something extremely interesting the other day. Children in homes with smart speakers had gotten so used to talking to the AI that they would often begin projecting human-like behavior on these voice assistants. Saying please, saying thank you, etc. While at first, I thought about how lovely that sounded, my second reaction was quite the opposite. These are artificial lines of code! They aren’t humans! They shouldn’t be humanized, and more so, children shouldn’t have to live in a world so dystopian that they stop telling the difference between humans and robots! Smart speakers have essentially begun raising an entire generation of kids who have, from birth, begun failing the Turing test… and that’s just horribly wrong. Children shouldn’t be exposed to advanced technology at such a young age, and that’s perhaps my biggest fear as far as smart tech is concerned.

The TIMIO’s philosophy is quite similar in that regard. It’s essentially a screen-free, A.I. free, data-harvesting-free toy that aims at building a child’s knowledge base with a sufficient amount of tech. It promotes learning without using distracting screens, and focuses primarily on the development of cognitive thinking and understanding.

The TIMIO was built by Basile Fattal, an entrepreneur, but first and foremost, a dad. Worried that his children were getting too distracted by and used to technology to develop a certain independence from it, he created the TIMIO, an audio-based toy that served as a speaker of sorts, using magnetic discs that sat on a base, much like a vinyl record sits on a turntable. This disc, with images on it, became keypads once mounted on the base, allowing children to press specific images to play audio cues, and helping them build relations between what they see and what they hear… and finally what they speak.

TIMIO packs a wide library of magnetic discs, teaching children everything about shapes, colors, alphabets, numbers, animals, vegetables, fruits, body parts, etc. Just swap the magnetic discs to access the various libraries. When the TIMIO isn’t being used as an audio-based learning toy, it serves as the child’s very own music library, allowing them to play nursery rhymes, lullabies, fairy tales, and even instruments off specialized magnetic discs, which are all a part of TIMIO’s box set, which comes in 5 different languages.

Think of TIMIO as a learning toy that provides a measured exposure to technology, without the concerns of children getting too addicted to screens, or being exposed to AI. It provides children with all the image-to-speech based learning they need, in a toy that literally becomes their own smart-speaker. It lets them learn in a fun way, play fun word association games, and even explore different types of music, or even play music of their own! The TIMIO comes with a robust build and can take a little manhandling (after all, it is a child’s toy), and it even packs a headphone jack for a more private audio-learning experience, allowing children to play with and learn from the TIMIO whenever and wherever they want! 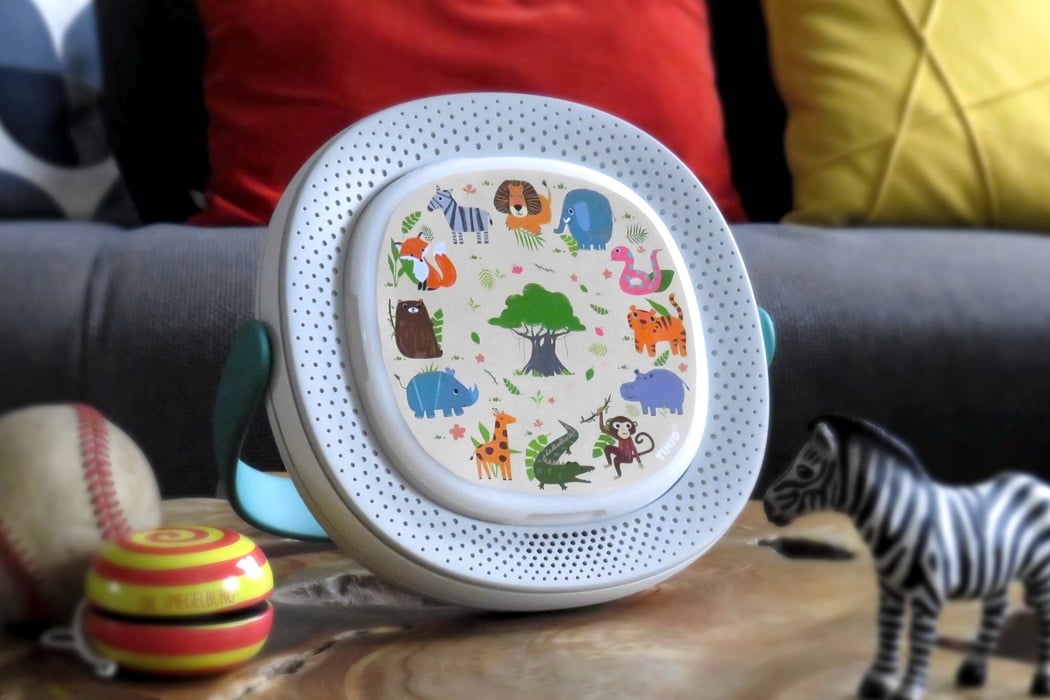 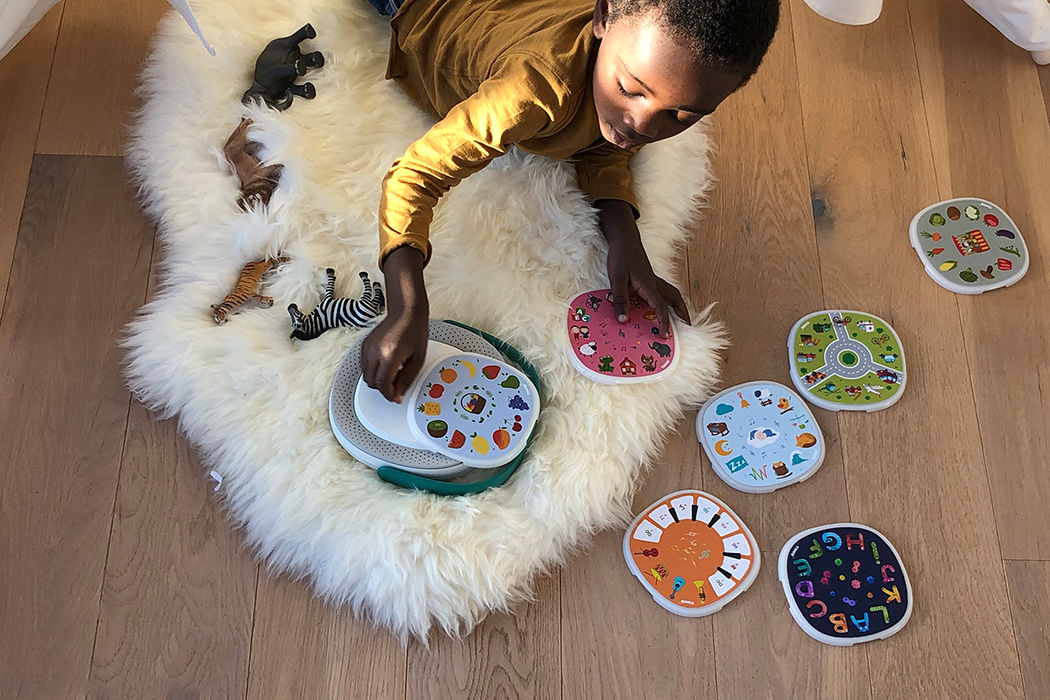 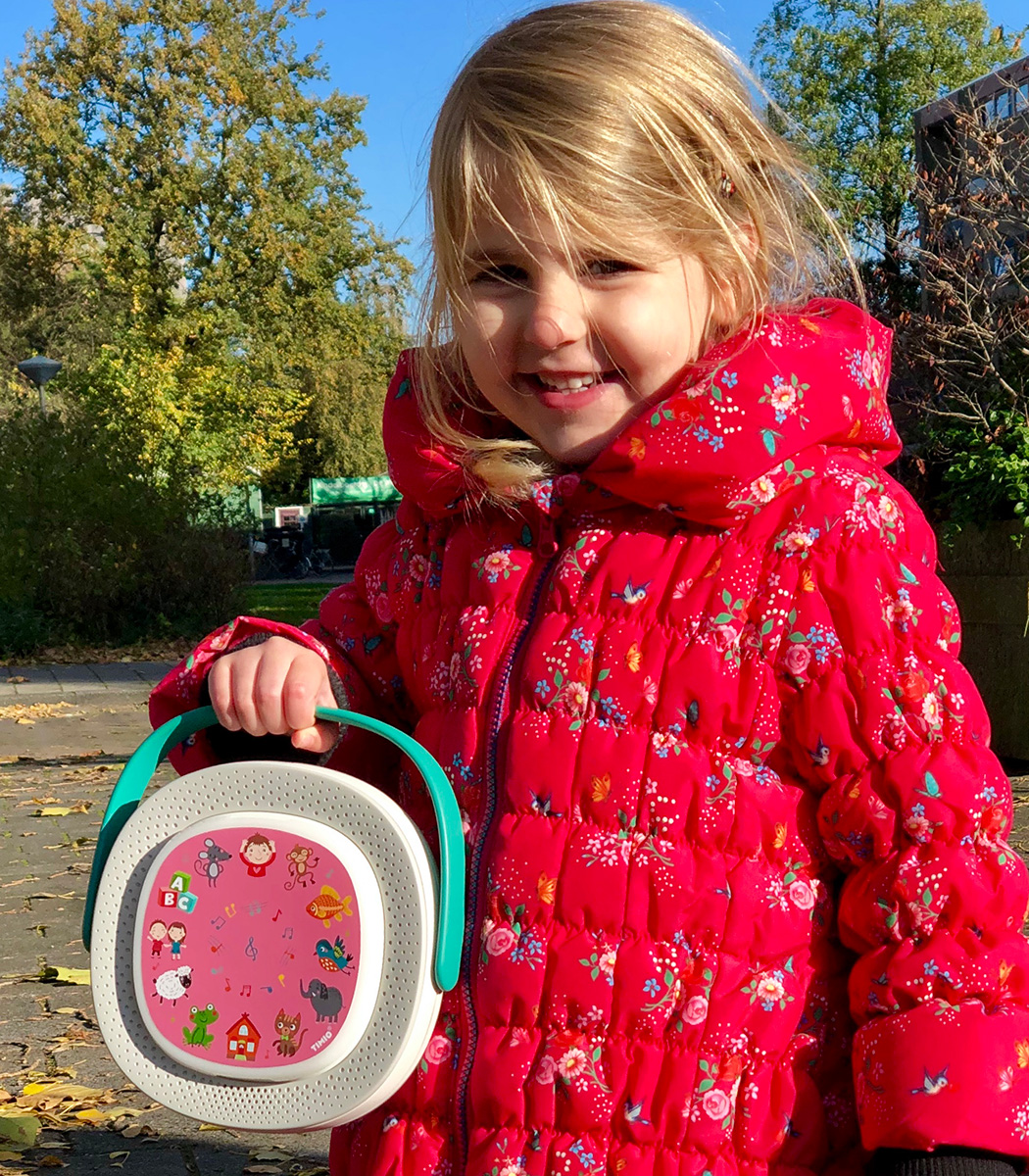 How we teach children affects how they learn. That is why TIMIO offers quality sound interactivity and carefully curated content to help develop your child’s vocabulary, intellect and imagination.

TIMIO uses magnetic discs to unlock a library of curated content, from nursery rhymes and lullabies to fairy tales and vocabulary, all in 5 different languages: ENGLISH, SPANISH, FRENCH, GERMAN and DUTCH. It consists of two parts: the Portable Digital Audio Player and the Interactive Content Discs that activate the content on the Digital Audio Player.

The discs magnetically attach to the player so even the little ones can easily do it all by themselves. 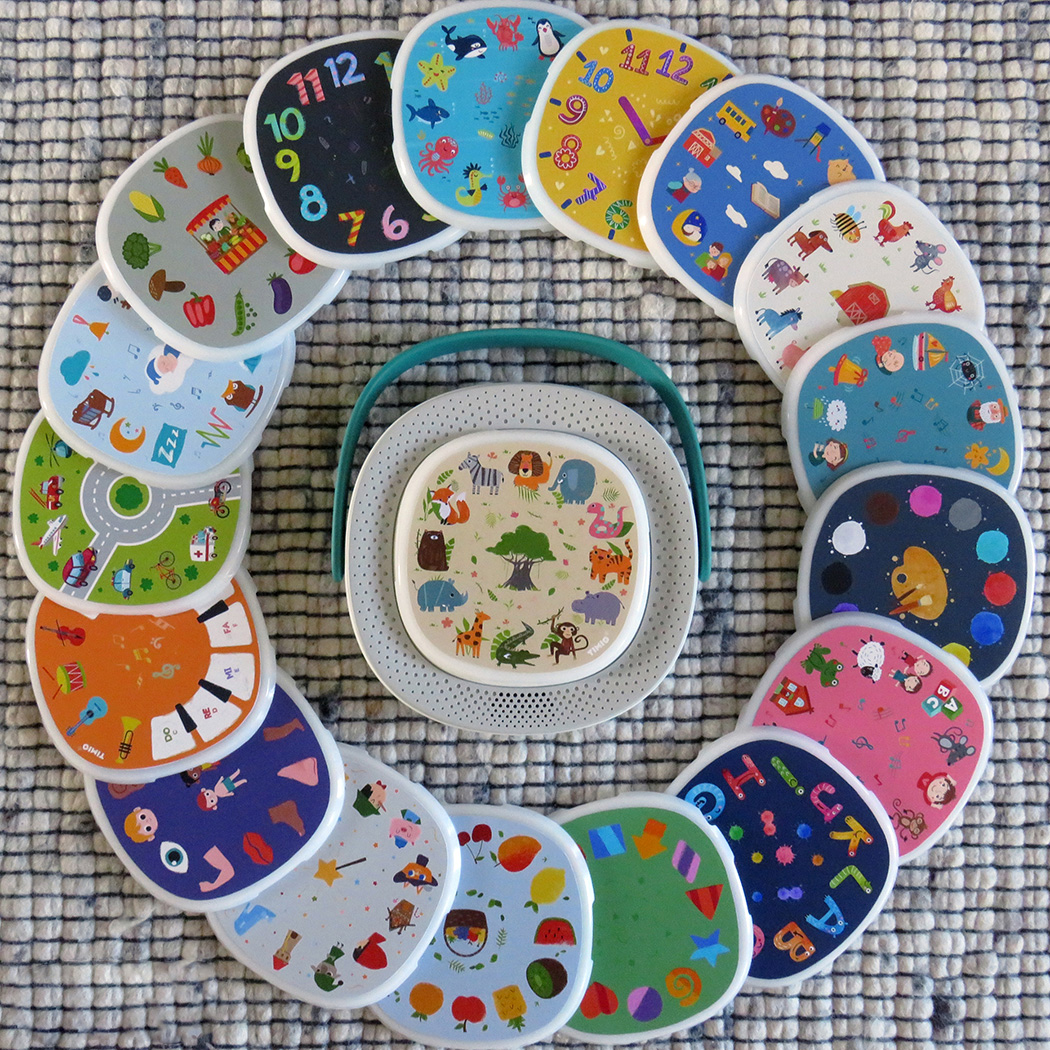 TIMIO comes with up to 20 different discs with a broad range of fun and engaging content for multiple ages, on various subjects, and in 5 different languages. 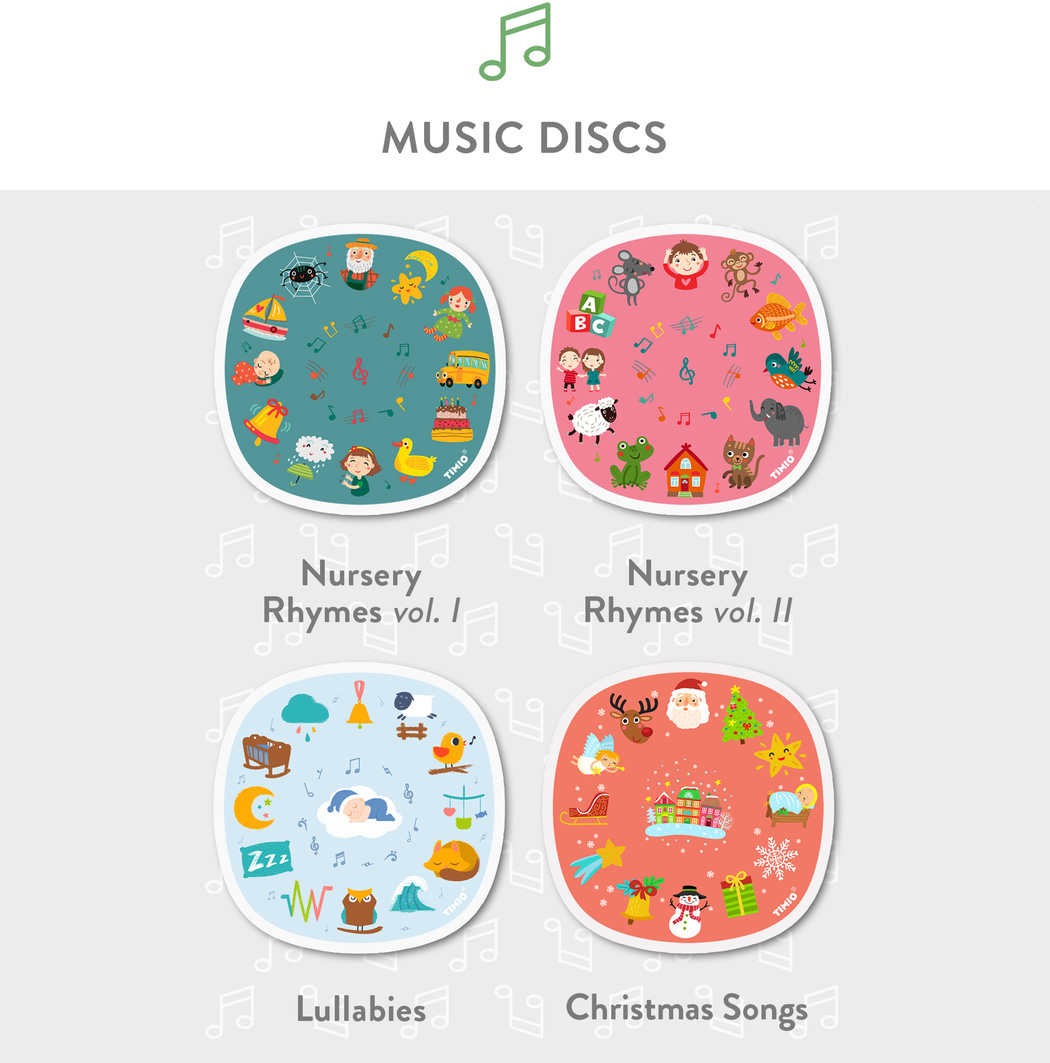 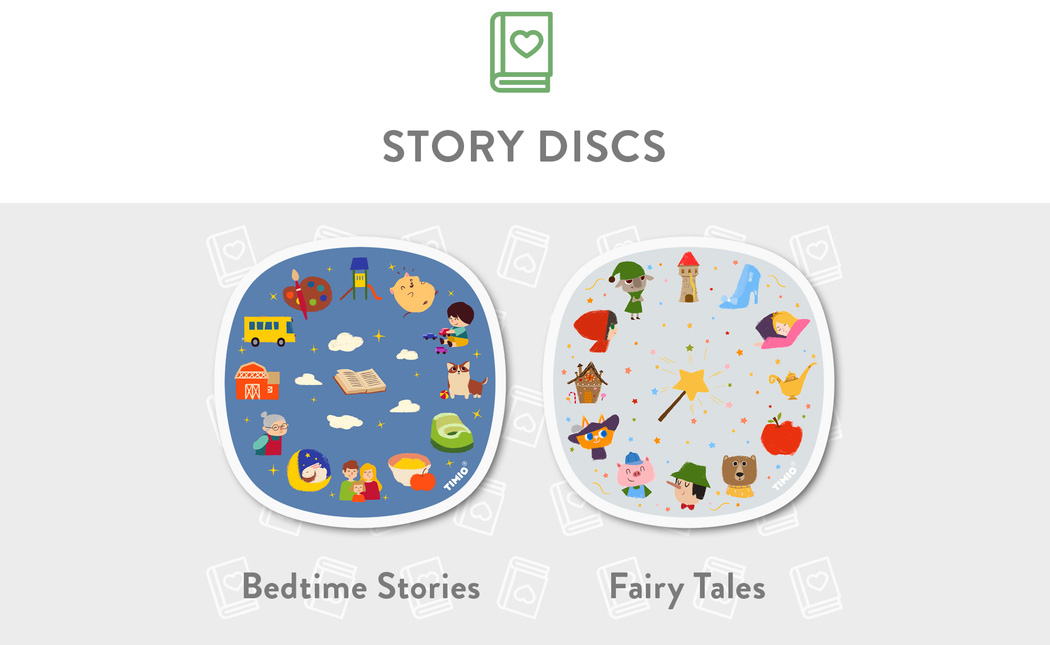 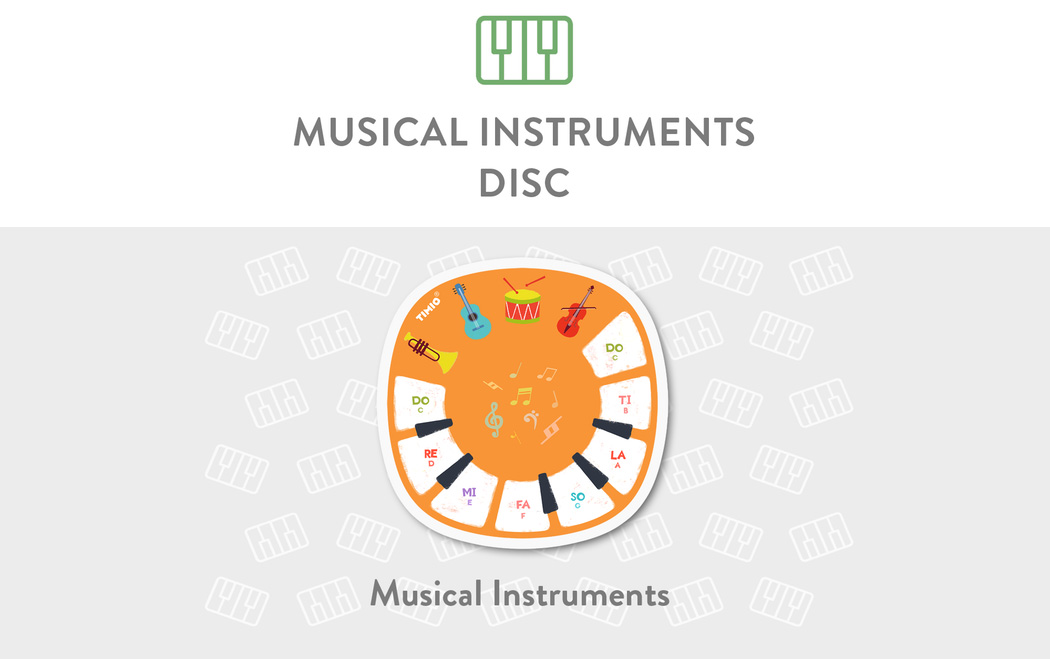 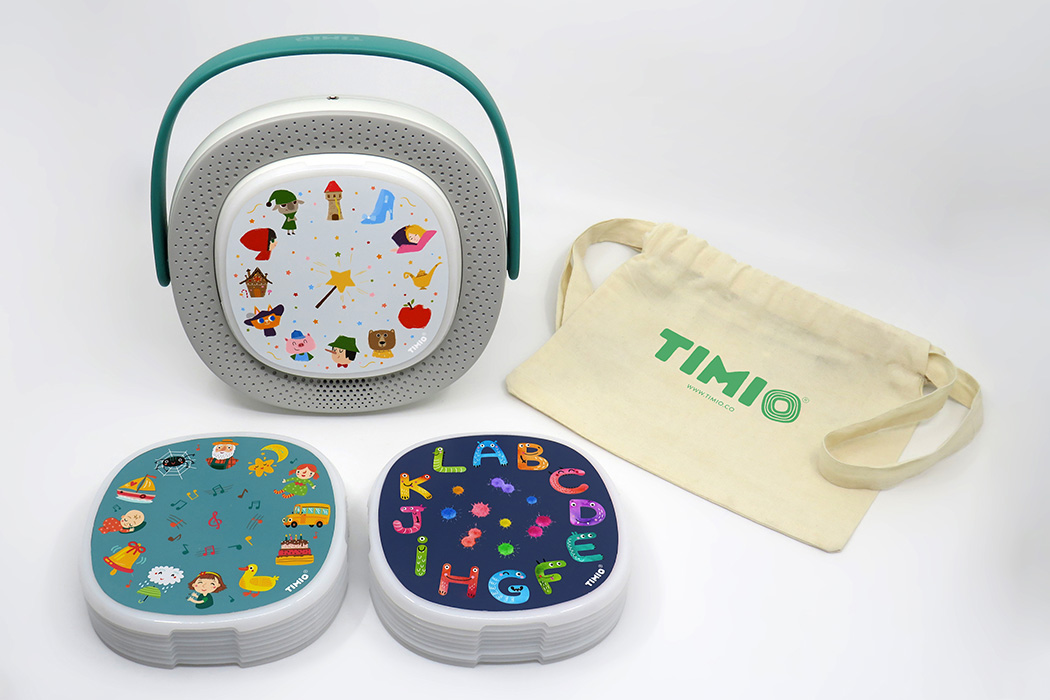 The discs can be neatly stacked on top of one another making it easy to store them in the TIMIO textile storage bag. 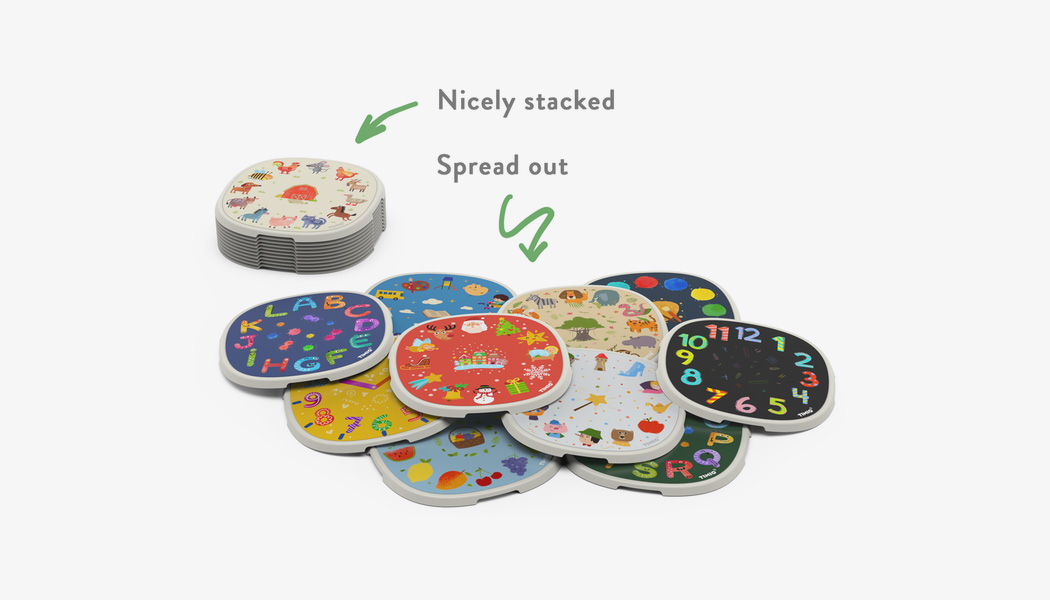 Unlike other kids’ audio players on the market, TIMIO is interactive. Not only does it allow children to select the content they’d like to play, but with the vocabulary discs, TIMIO will also quiz the child to find an item. Children are more engaged and this interactivity reinforces the learning process.

How to change the language and the volume: 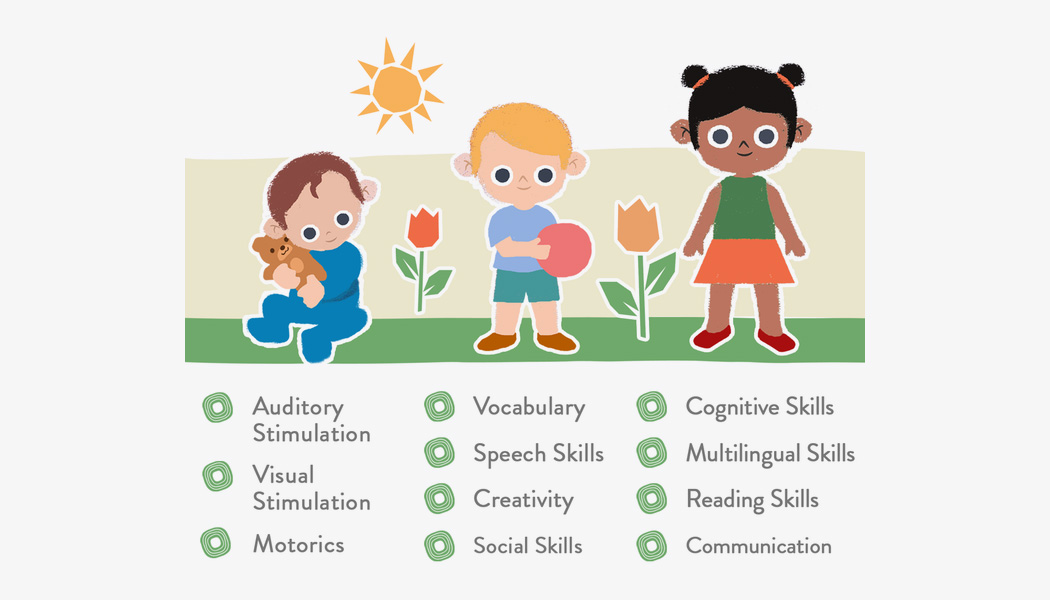 Because of TIMIO’s wide range of disc topics, it can serve as their companion for years to come. TIMIO can be used from birth to grade-school. The lullabies disc will soothe your baby to sleep from day one. 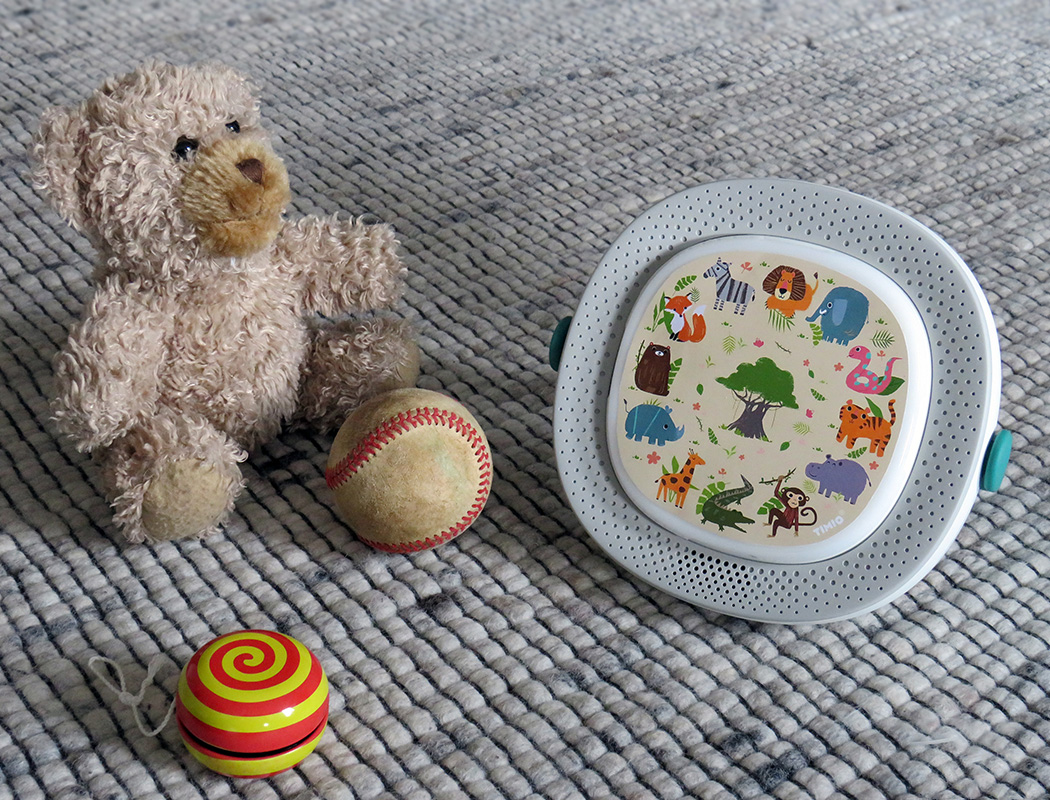 As babies grow, parents can play their favorite nursery rhymes to them, and later, as they start developing their motor skills around 18-24 months, they’ll be able to easily place the disc of their choice and tap an image to play their favorite songs or start learning vocabulary. 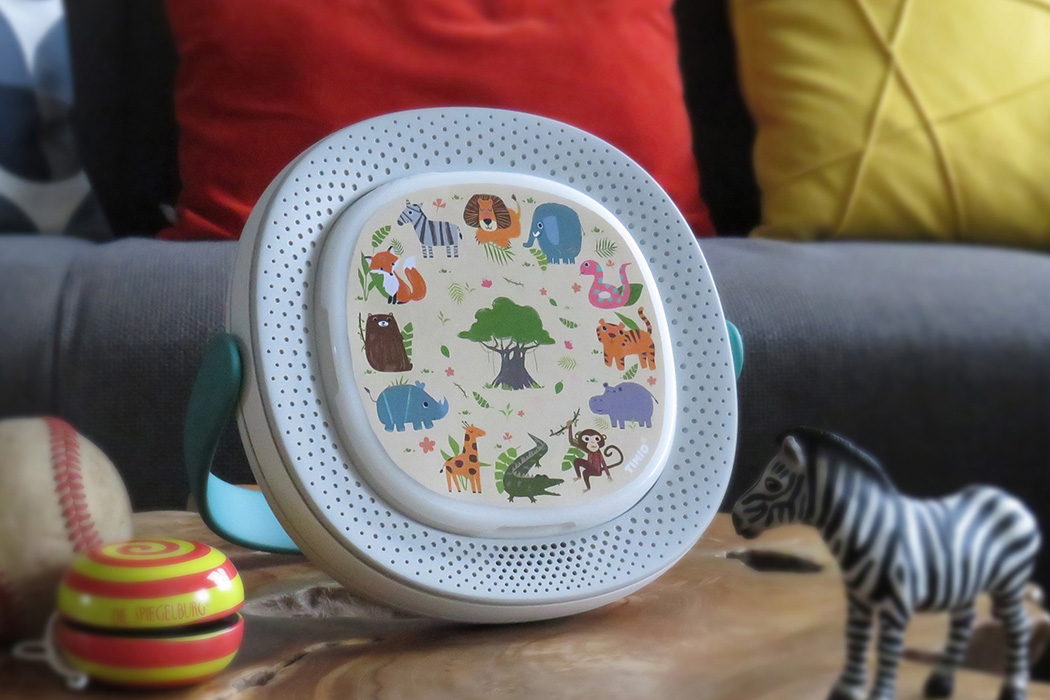 While TIMIO will be certified for ages 3+, there are no small parts that can cause choking hazards, and parents can help them play with TIMIO as early as they wish. 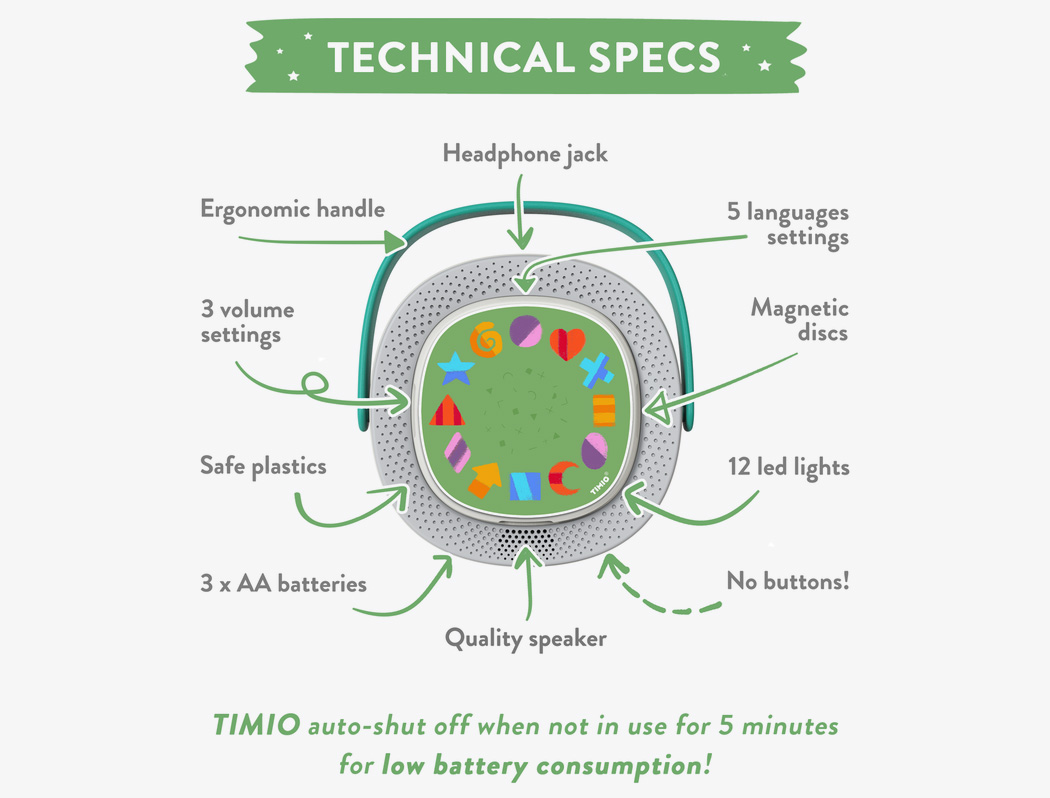 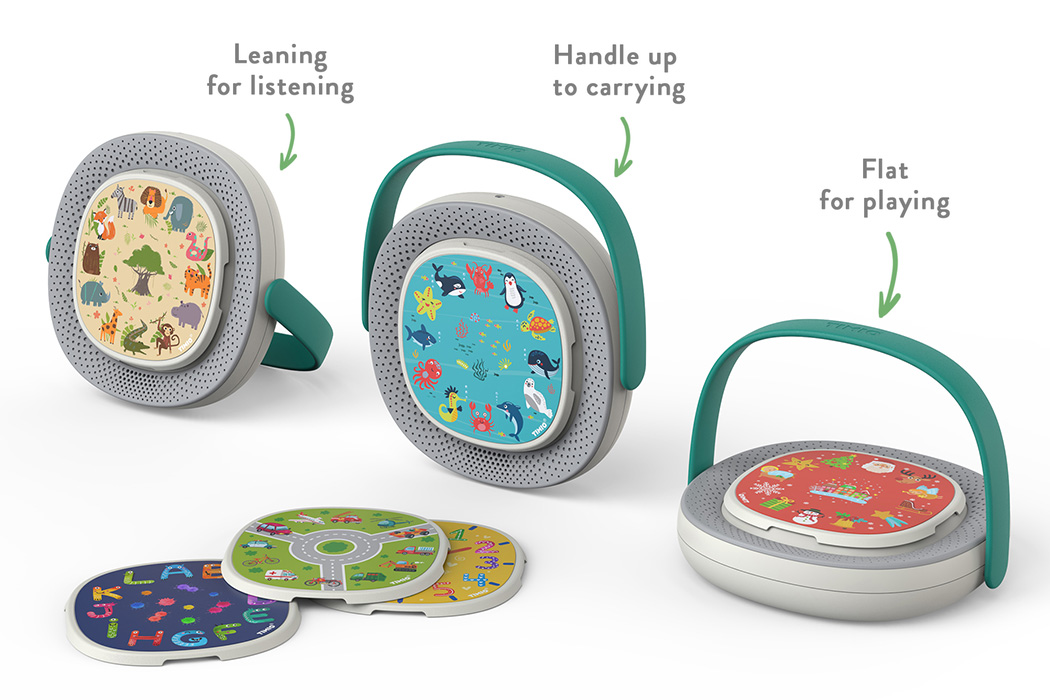 TIMIO is designed to be an easy-to-use magical audio player that allows children to choose their own music and stories without a distracting screen. Children dance freely to music and the stories fire their imagination. 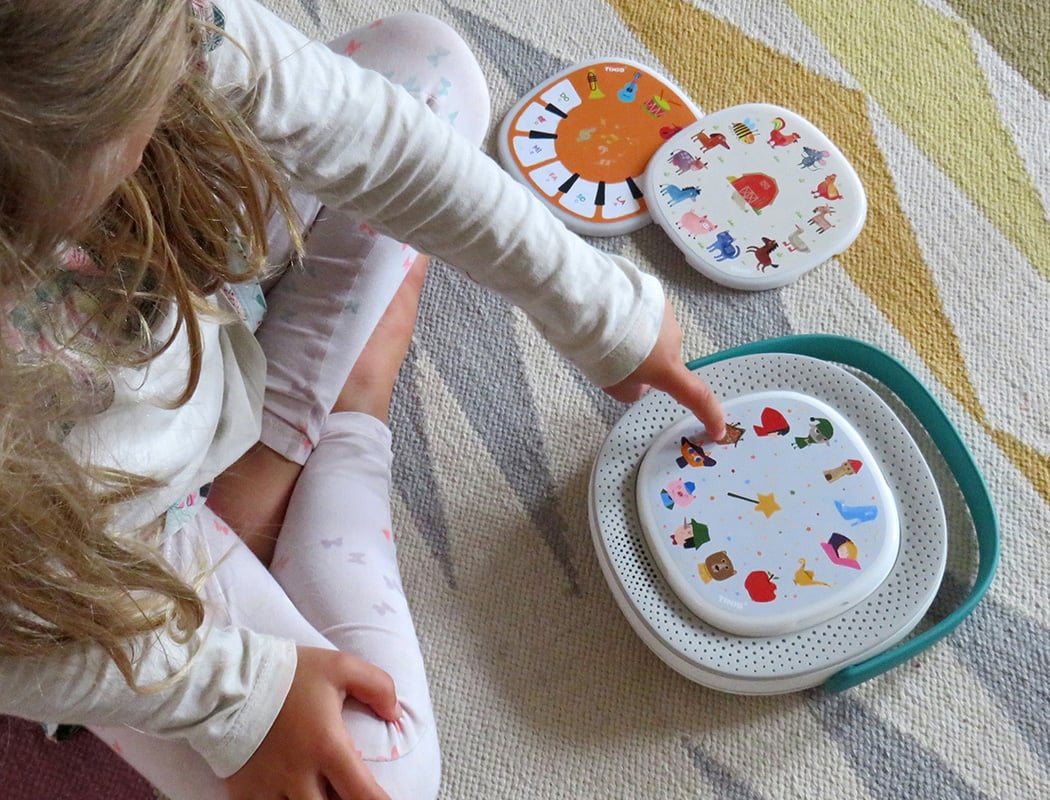 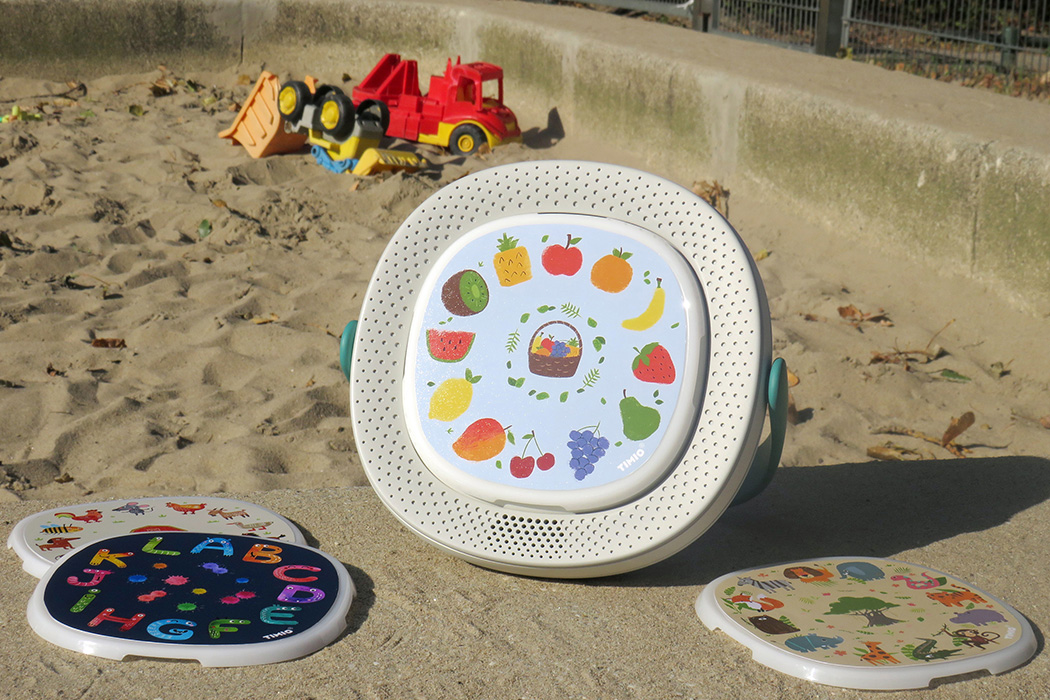 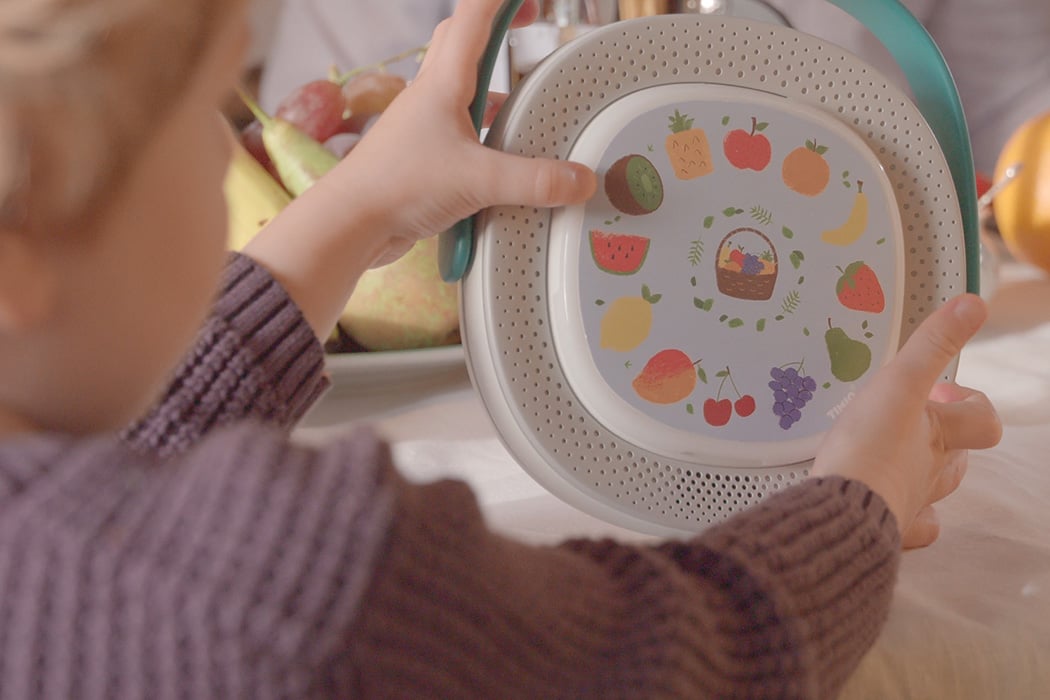 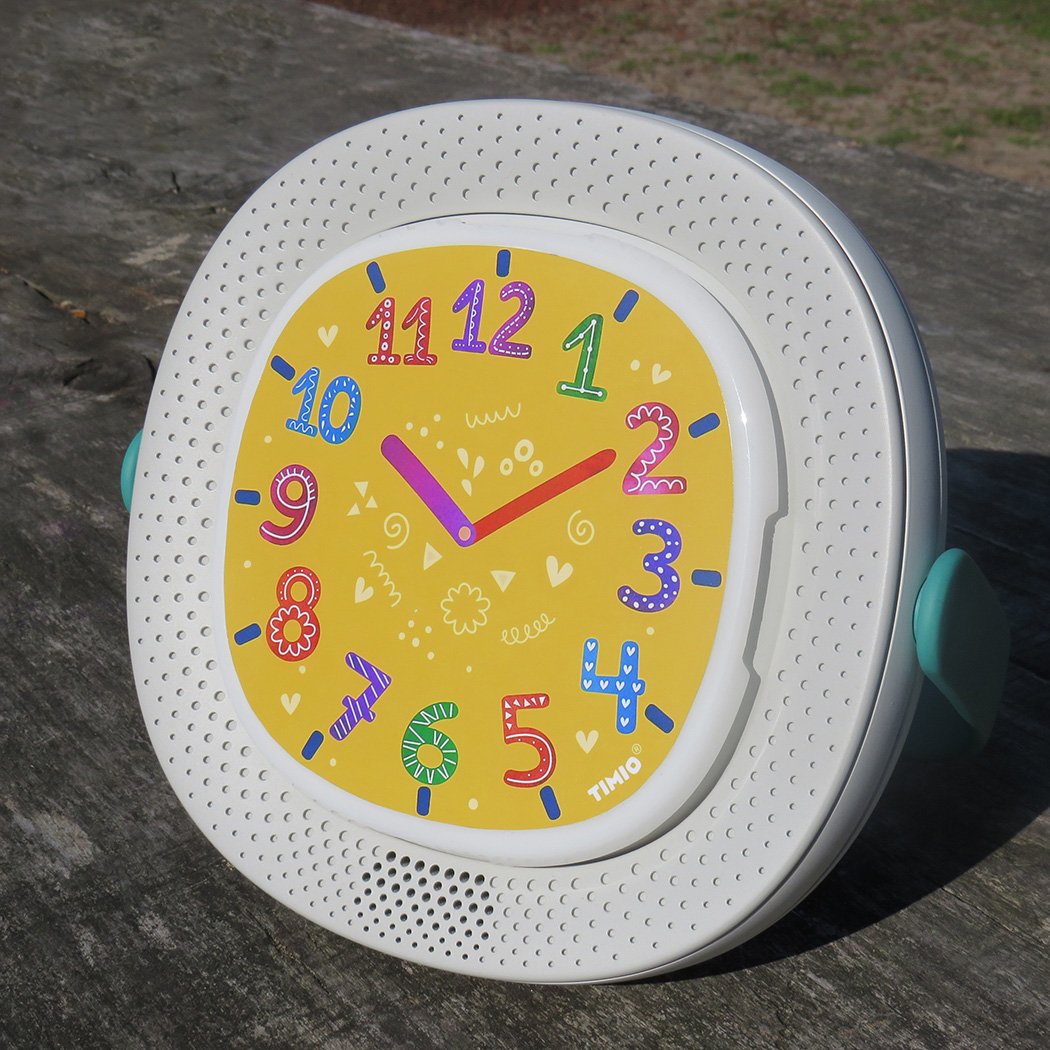 A Rocking Horse With Roots

Sitting itself is kinda boring, but design shouldn’t be… it should be fun! That’s the philosophy behind this modern interpretation of the classic Panton chair….

What would you print with free access to a 3D printer and resources? My imagination is running wild between custom accessories and a tiny house!…

Most Buzzed Designs of January 2017