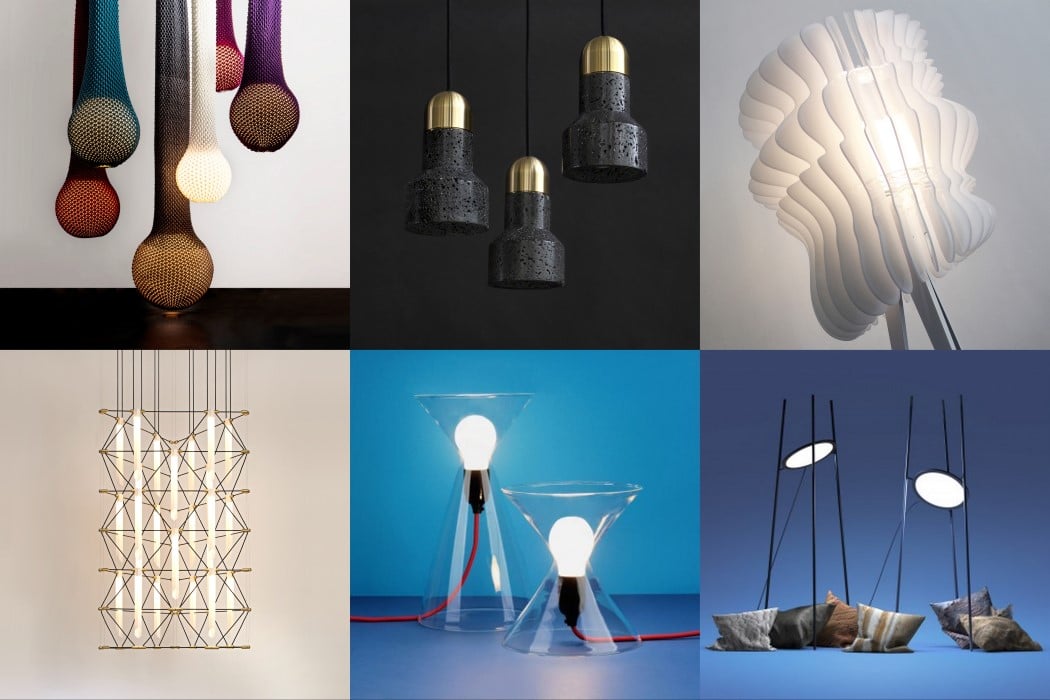 Trust us, the guys in the business of curating design content, to put together a pretty neat list of products to watch out for! This is the Lighting Design Showcase from the A’ Design Award and Competition 2018, the Italy-based, international design award program that spans virtually every design category, country, and doesn’t just award design, but creates an environment for the design to grow from a concept to a product, or from a product to a well-known, profitable project.

We look at the top Lighting Designs from last year, creating a compilation of what A’ Design’s stellar 211-member international jury panel is worthy of winning the A’ Design Award. While we’re at it, do check out what winning an Award does for your Design Career, and don’t forget to head down to the A’ Design Award and Competition page to register to submit your design entries for the Award. The last date of submission is the 28th of February 2019, and the awards will be announced here on YD on the 15th of April!

Register to participate in the A’ Design Awards now! Deadline: 28th February!
__

A’ Design Award 2018 Lighting Moodboard
01. Jal Lamp by Mos
Designed to look like a martini-esque hourglass with an ambient lightbulb in it, the JAL Lamp’s beauty arises from its simplicity and its ability to be whatever you want it to be. The glass comprises two conical containers in the hourglass shape, that can be used to store anything, making the lamp a rather versatile piece of decor (rather than ‘just another lamp’!). The bulb can be oriented either way, allowing you to use the lamp in any orientation that you’d like. A nice combination of simplicity, elegance, and a minimal beauty that one would associate with Scandinavian or Japanese design. 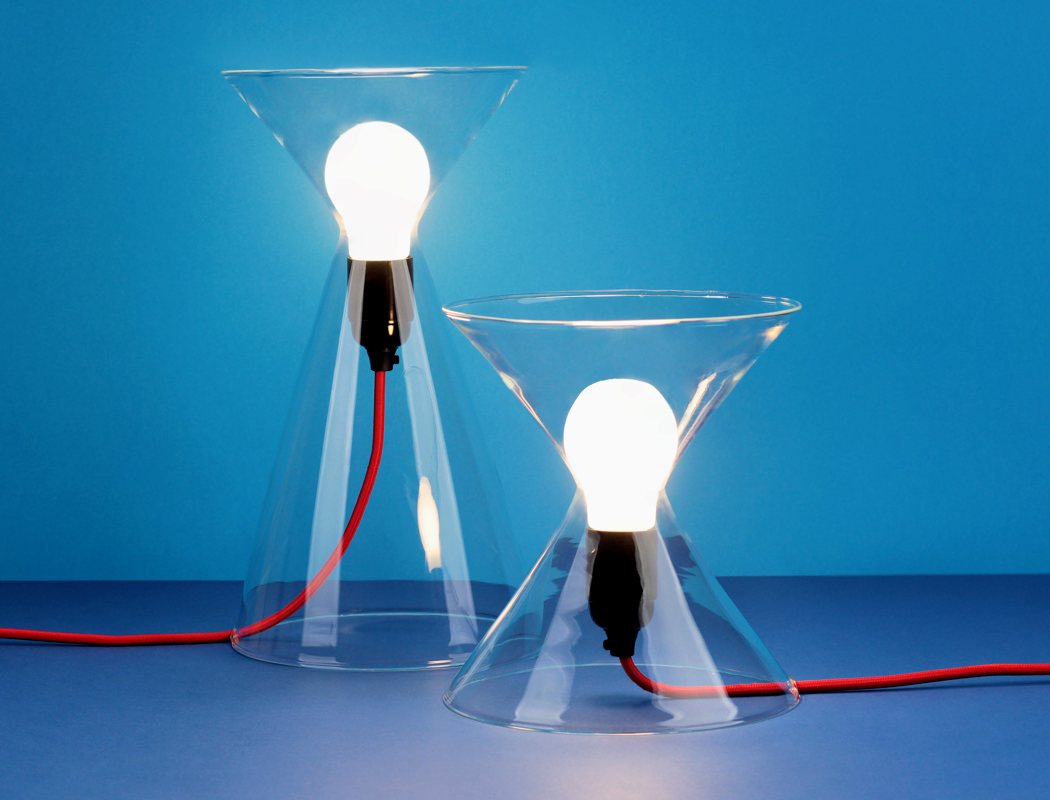 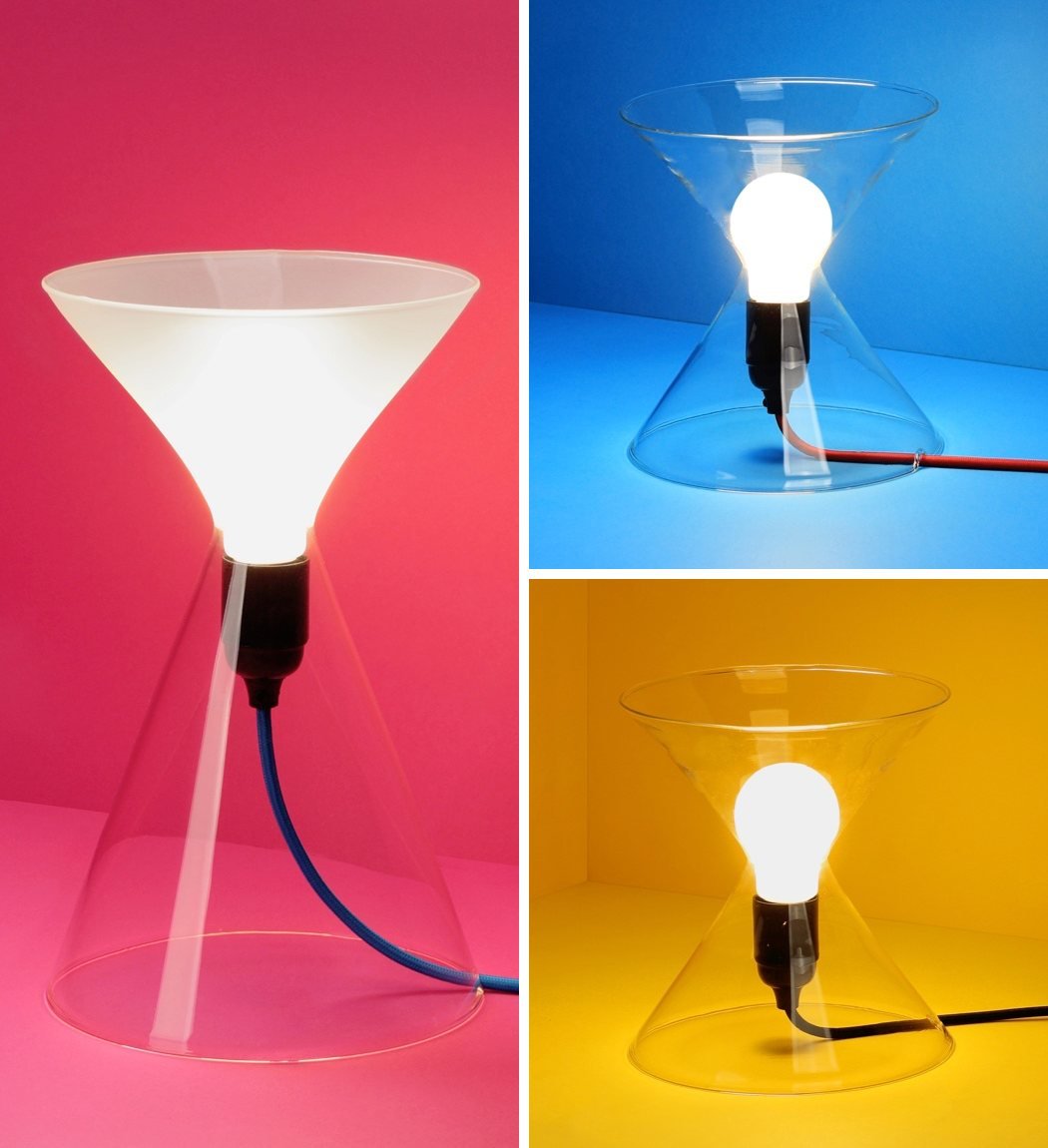 02. Buzao – Qie Pendant light by Pr Designers: Xu Gang, Peng Zeng
Buzao – Qie’s immediate appeal comes from its contrasts. Not only does it create a color contrast with a black and gold combination (a classic, really), but it also contrasts material types and textures. On top, you’ve got a matte copper fixture with its golden metallic finish, and to contrast it with its imperfect-yet-incredible surface is black volcanic rock, resplendent with its cracks and bubble-holes. Within this volcanic rock lies the lamp that shines light on the volcanic rock’s imperfect surface. The rock brings sturdiness and insulation to the lamp too, protecting it in more ways than one. What a wonderful use of diametrically opposite materials! 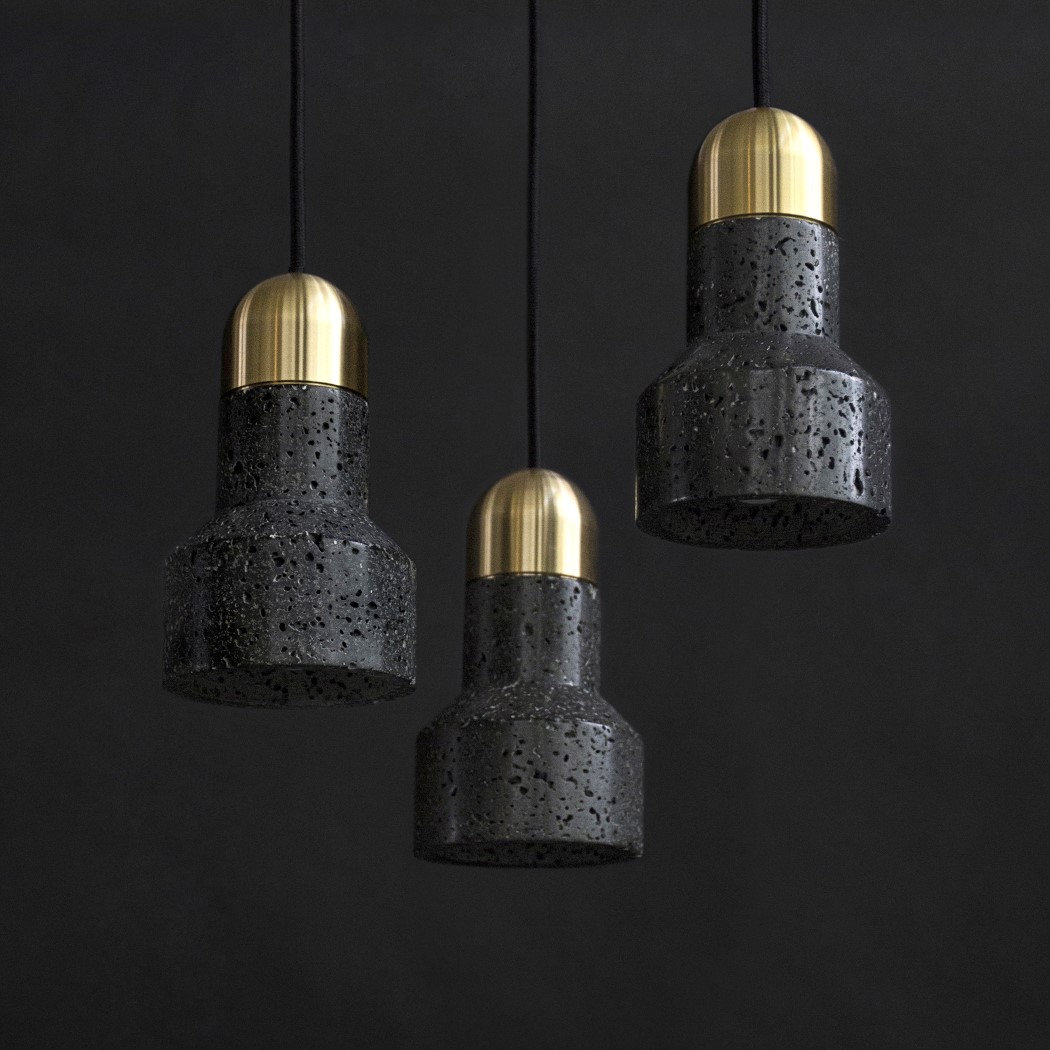 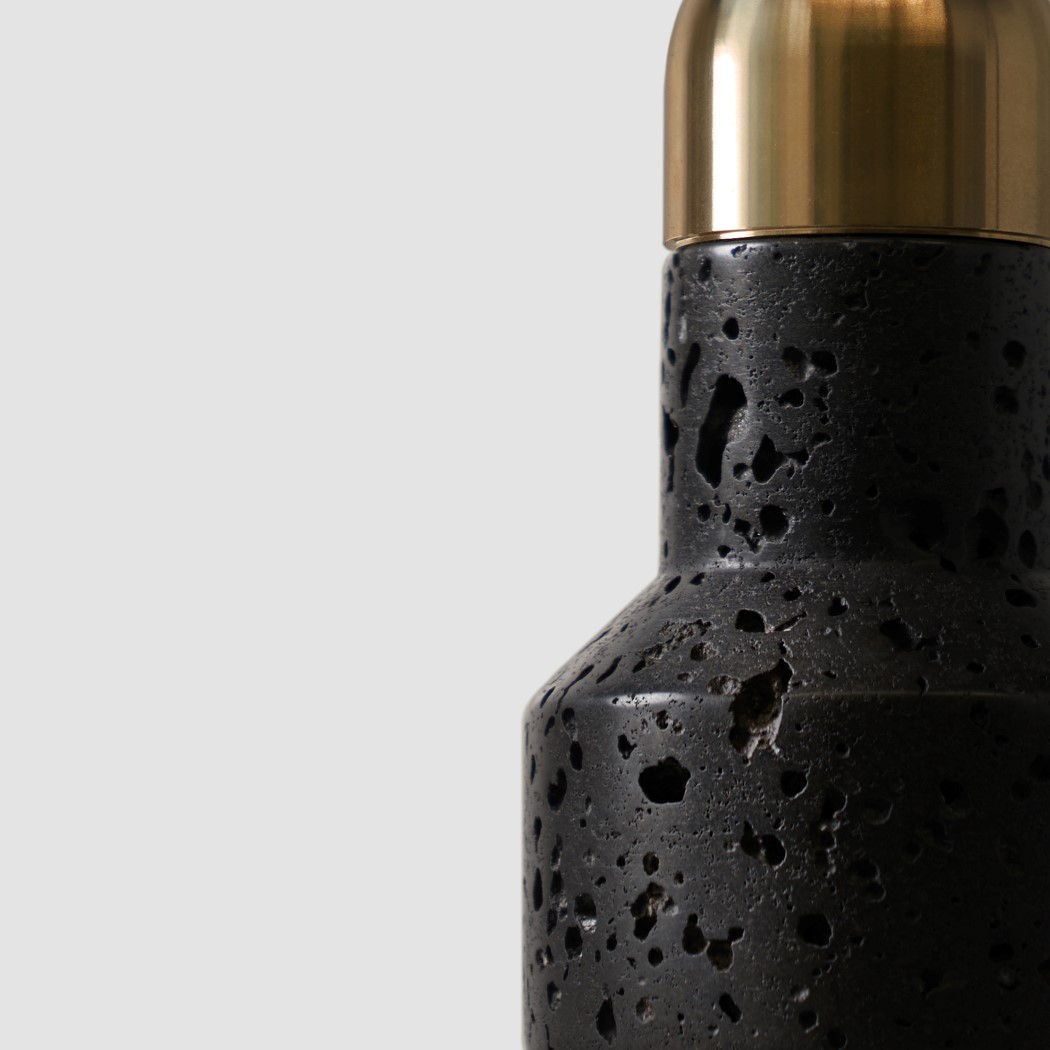 03. Reverse Pickup Table Lamp by ADD Architectural Studio
Reverse Pickup’s idea originally stems from vinyl discs and the concept of transmission of sound as the vinyl rotates on the all time classic Pickup. Originally made to dock a vinyl record, the designers replaced it with two translucent marble discs, creating an awe-inspiring light with a unique interaction. The circular marble pieces roll up and down the base of the lamp as an LED tape between them grows brighter or dimmer depending on the marble’s position. The result is a pretty nifty dimmer mechanism that powers a lamp that looks absolutely stunning with the way the light creeps through the translucent marble, creating a light that relies in part on nature, like the volcanic rock lamp above! 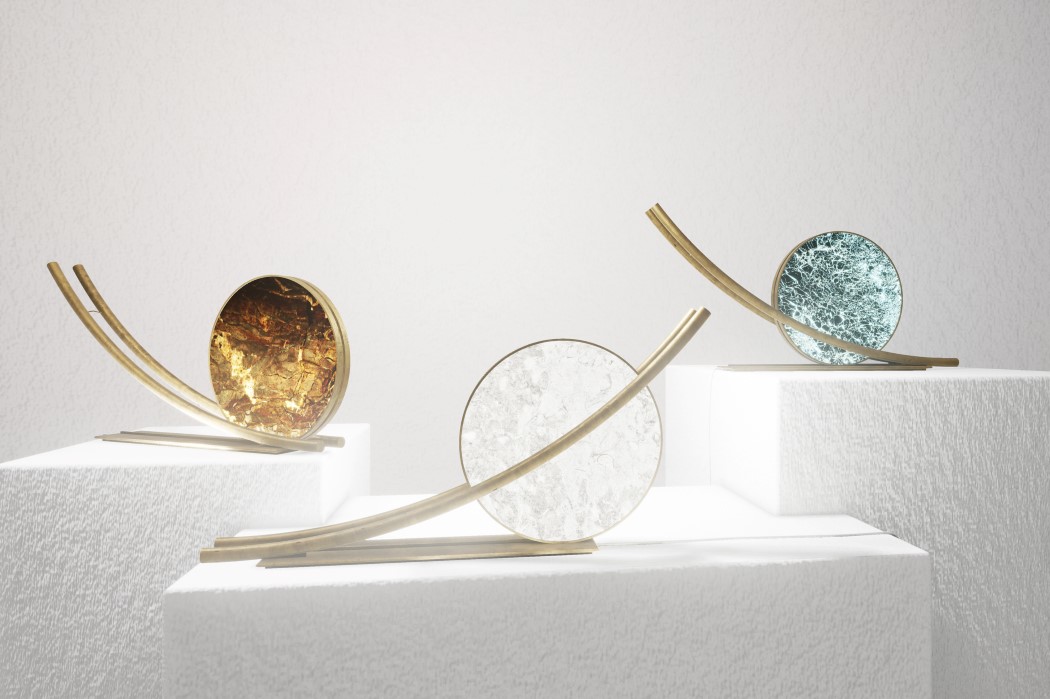 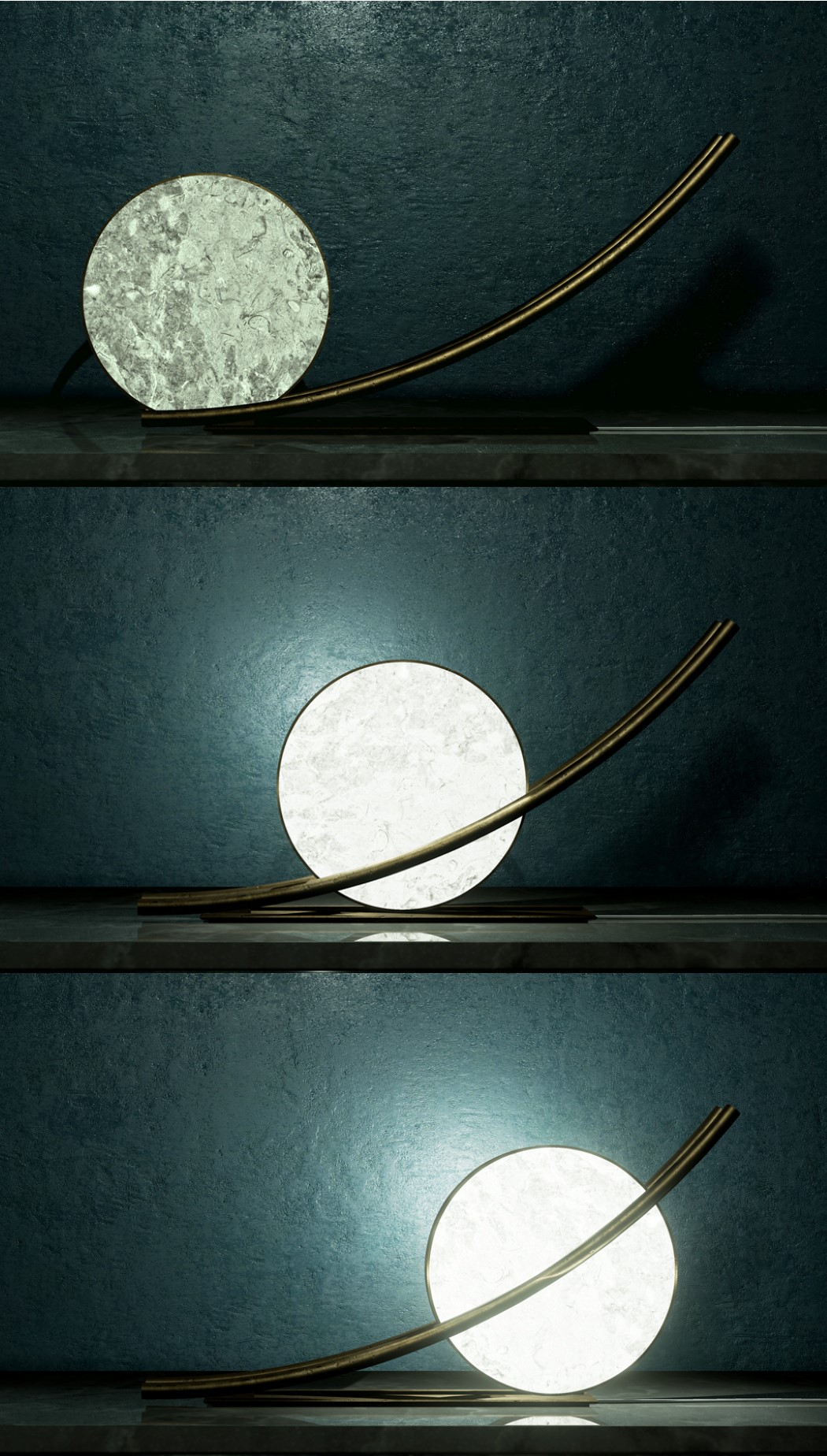 04. Guilin Environment Cleansing Lamp by Kevin Chu
Kevin Chu’s Guilin lamp uses Photocatalytic coated acrylic “mountains” to connect nature to purity. The lamp’s base contains slots in which you can place etched acrylic mountain pieces. As soon as you dock these pieces in their slots, the etched pattern on the acrylic sheets scatter light, emitting an aura of light around the room. The mountains can be arranged in any way you see fit, and use photocatalytic oxidation to purify the air around you. Poetic! 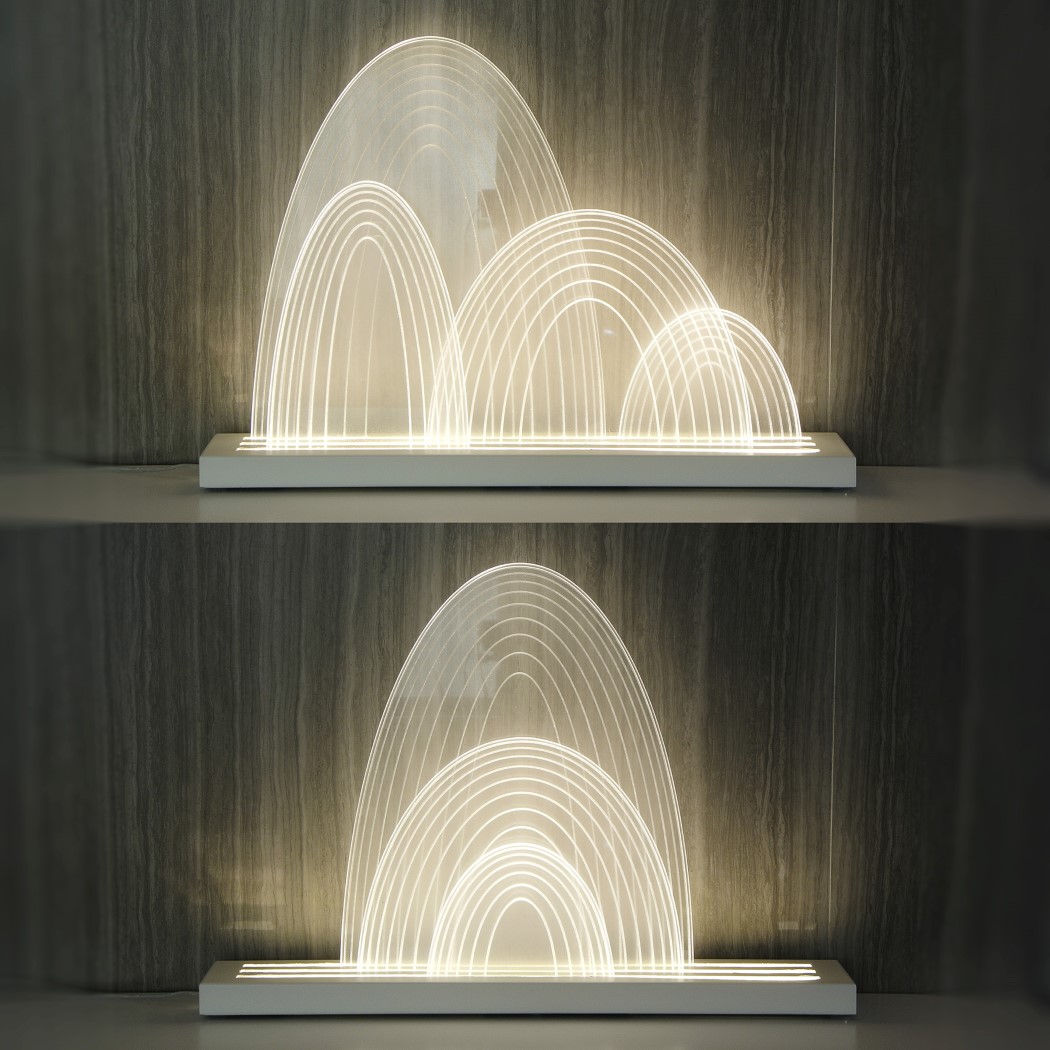 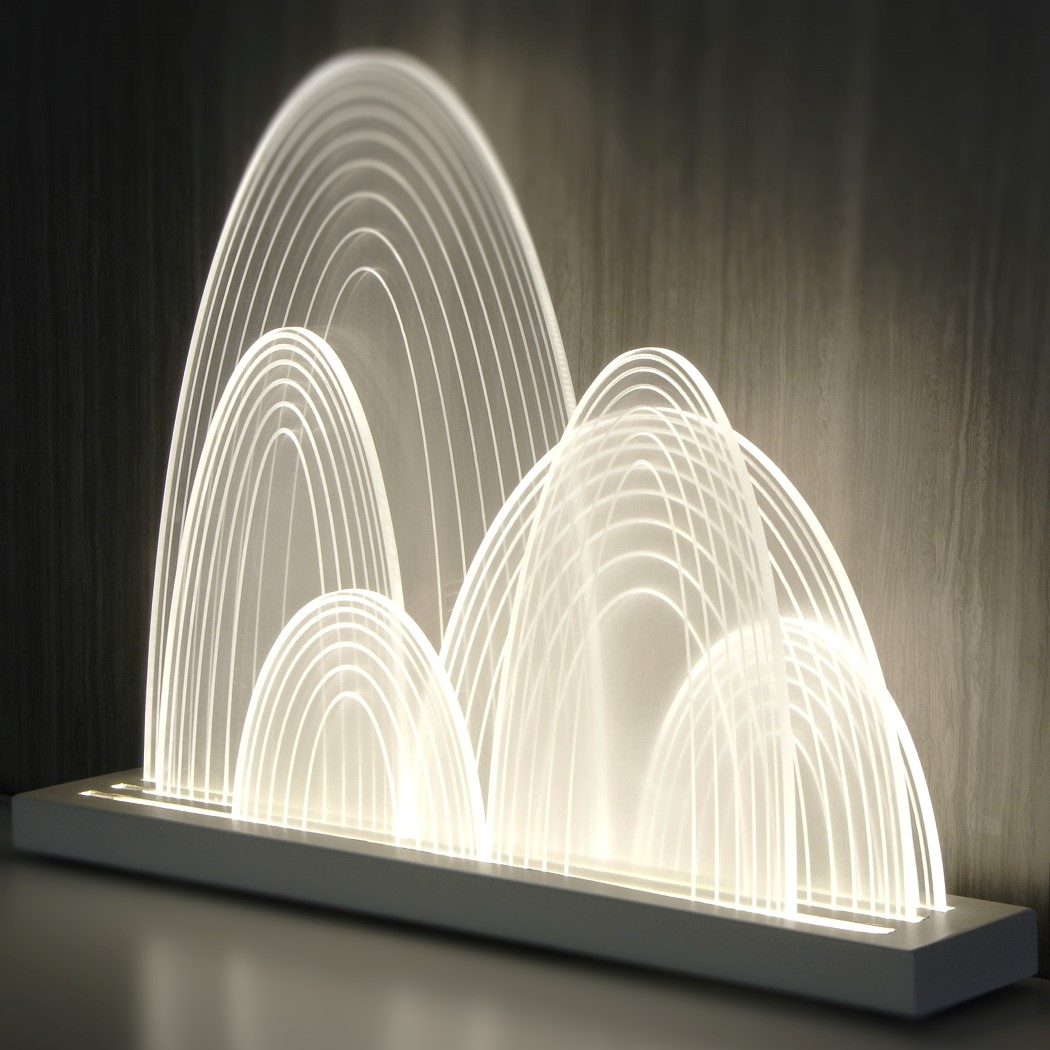 05. Mi-30 Table Lamp by Raza Zahid Atelier
Mi-30’s table lamp uses an old design trick called Gestalt’s law of visual continuity. You don’t just perceive the individual slats/sheets that comprise the lamp, but your mind ends up piecing together an entire picture. The Mi-30 uses that visual principle to create a series of amoebic forms that can captivate the eye with their abstractness, and light up the space too! 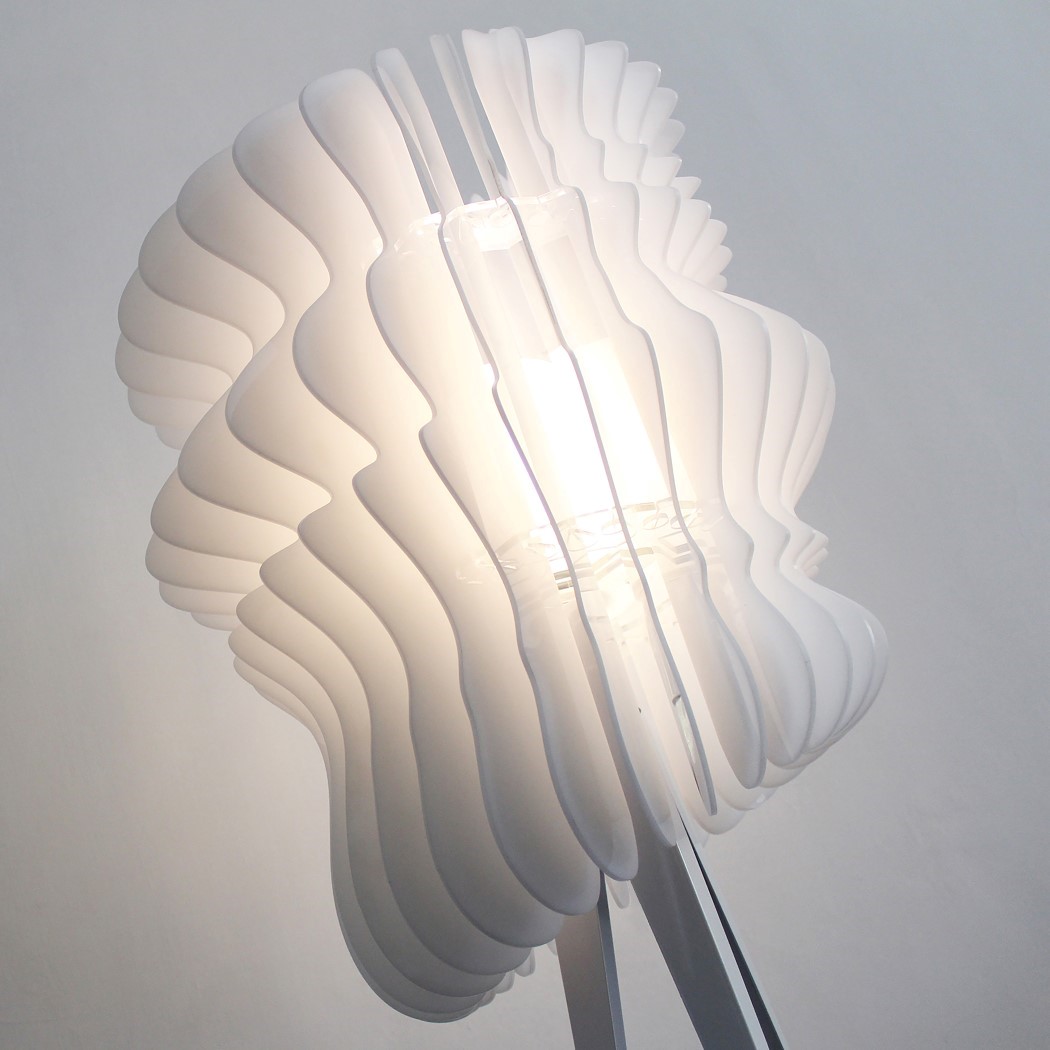 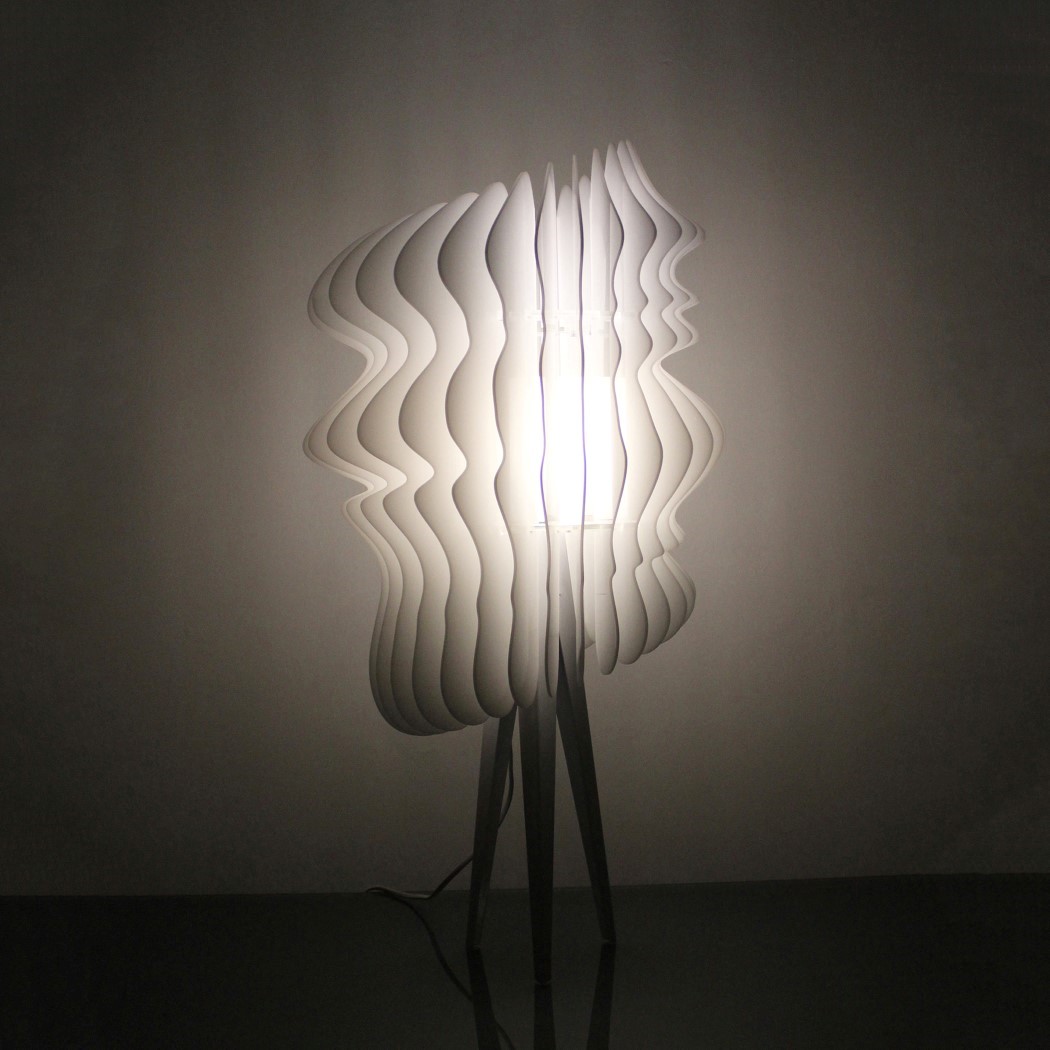 06. Martians Floor lamp by Igor Lobanov
For its incredibly slim circular light-panel, and the tripod base that gives it an unusual look, the Martians floor lamps bag an A’ Design Award. The legs are individually angle-adjustable, allowing the lamp to practically pose, rather than stand erect. The light panel can be adjusted too, to face at a wall, directly downwards, or at a seating area. 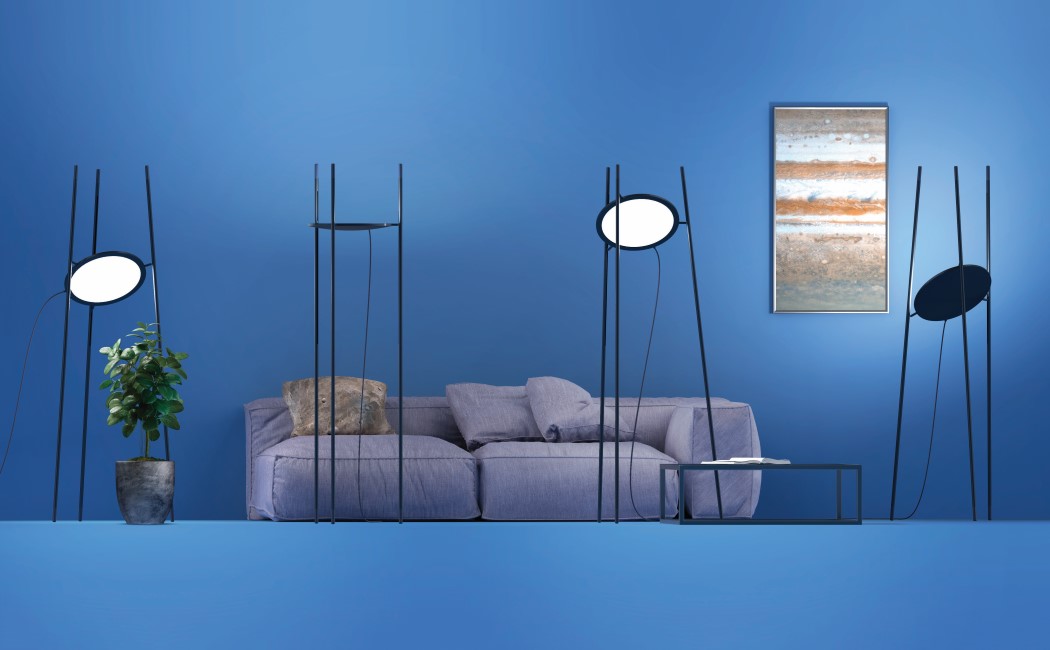 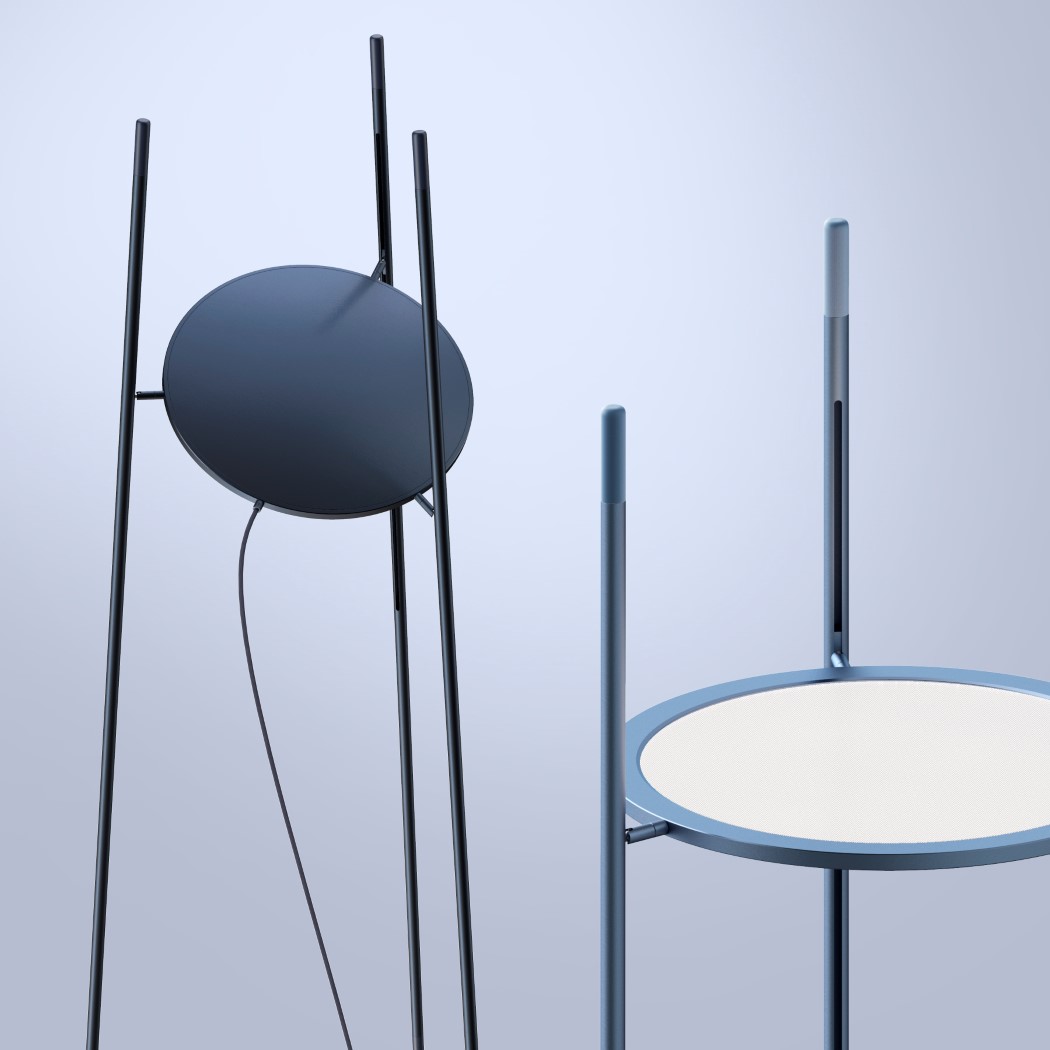 07. Tutu Lighting Product by Hiroki Takada
The Tutu borrows from the chaotic abundance of the Dahlia flower, replacing its multitude of petals with miniature lampshades that create volume while scattering light. Using a single source of light and dozens of folded pieces of synthetic Japanese paper, the Tutu comes to life as both a wall-light as well as a chandelier. Is it just me, or does the lamp look better in white than it would in any other color? 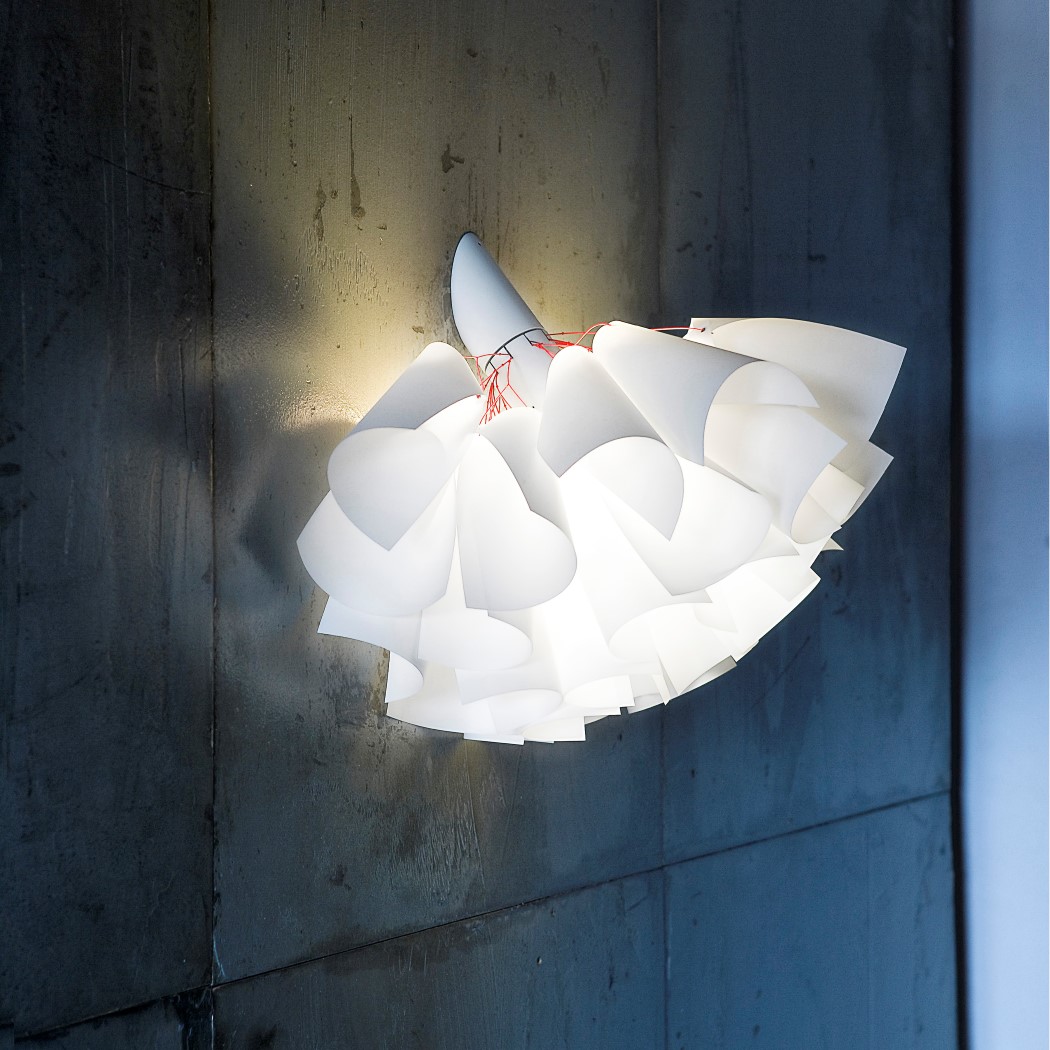 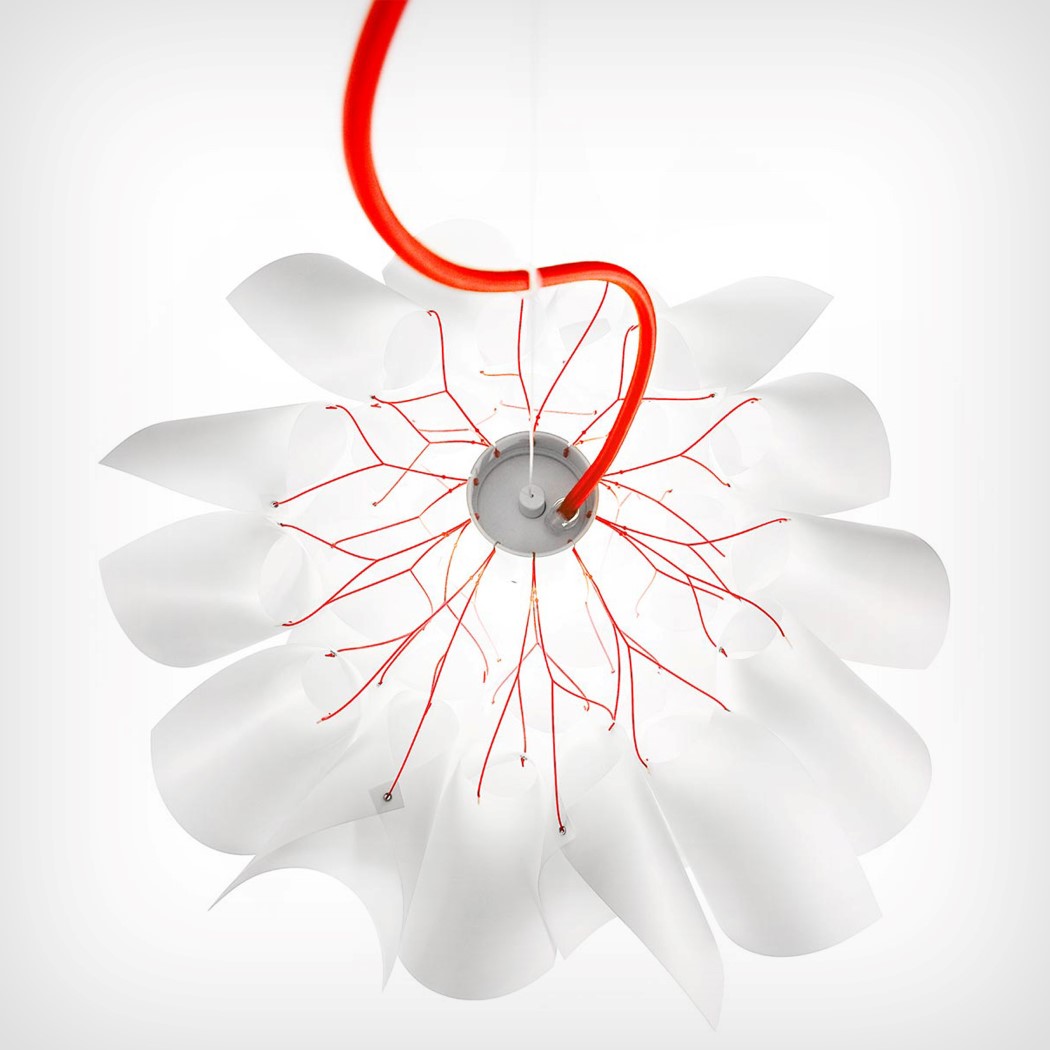 08. Knitted Unique Lighting Collection by Ariel Zuckerman
A neat combination of textile and lighting, Ariel Zuckerman’s Knitted collection features orbs of light trapped within crocheted stockings. The combination of the two styles (knitting and lighting) create something that feels unique and inviting. The crocheted outer covers add color to the light, diffusing it too, to turn the orb’s brightness into a warm, scattered glow. I don’t know about you, but I’d be pushing them back and forth if I were anywhere near them! 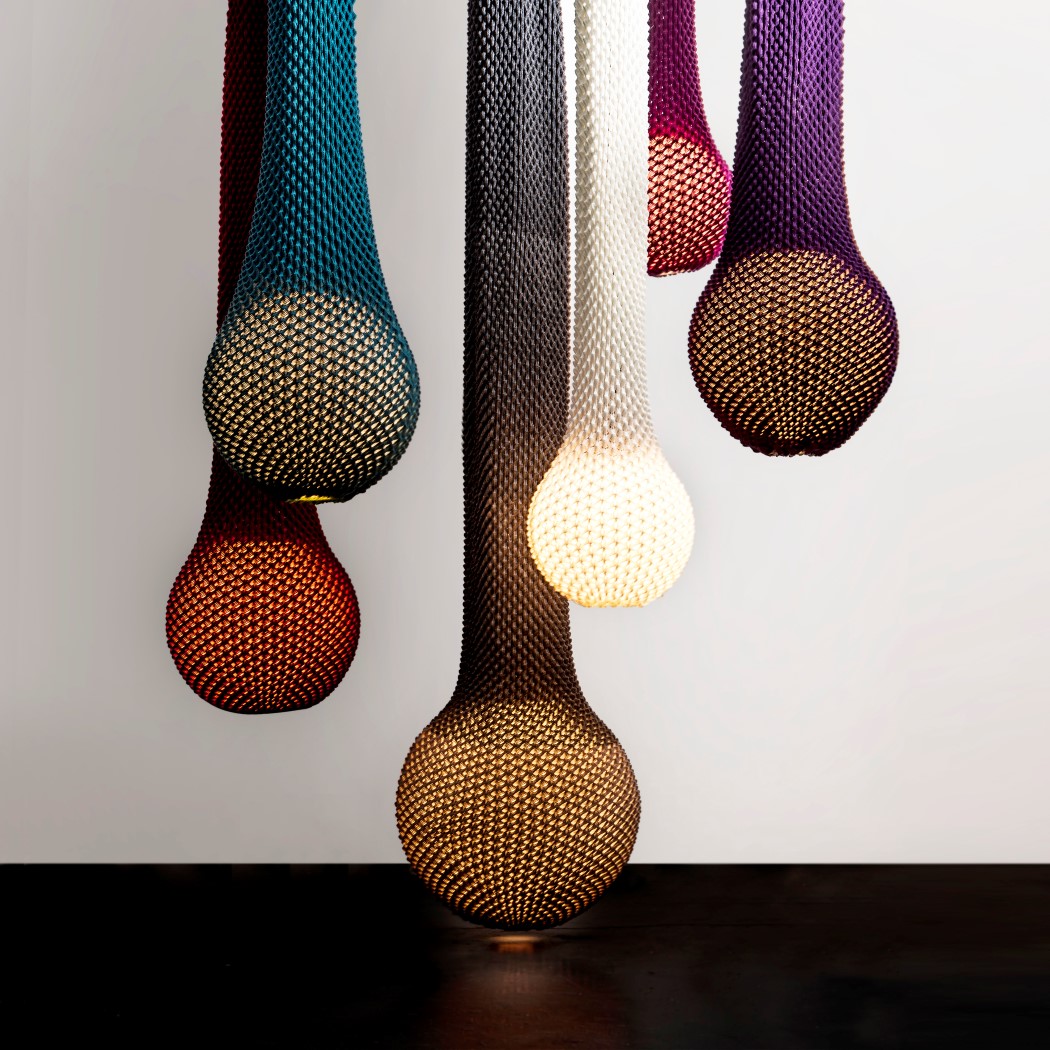 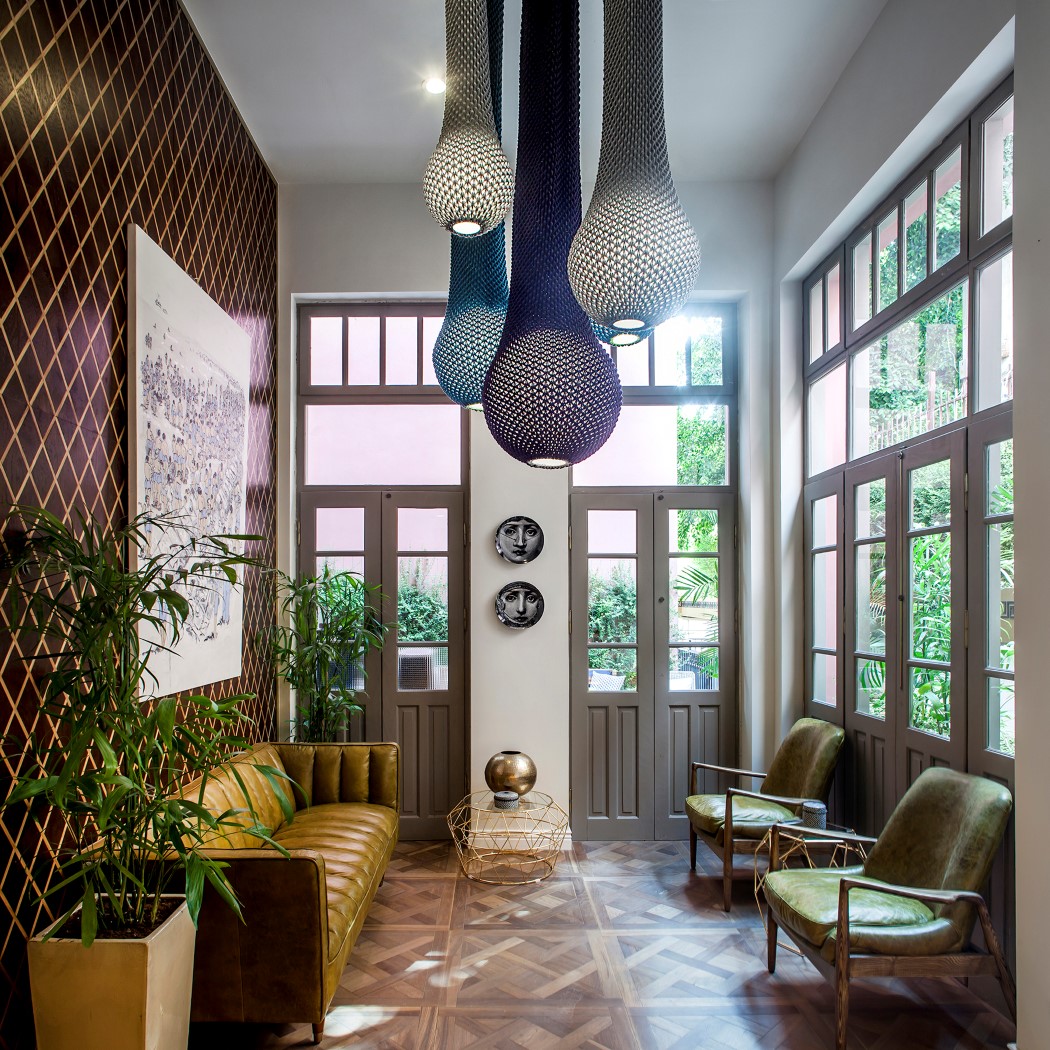 09. Empress Wu Lamp by Davide Chiesa & Andrea Croci
The Empress Wu lamp takes design inspiration from the formal design language of Ming furniture. It also is a hat-tip to centuries of moon-worship in China. The lamp itself isn’t as formal as you’d expect. It has a quirky character, and appears to have weight (with the way the bent wood drapes around the orb), but still manages to feel visually light. All in all, at the end of the day, it’s an orb-lamp, but it feels like more. Also, it vaguely resembles a woman’s face too. Probably a reference to Empress Wu. 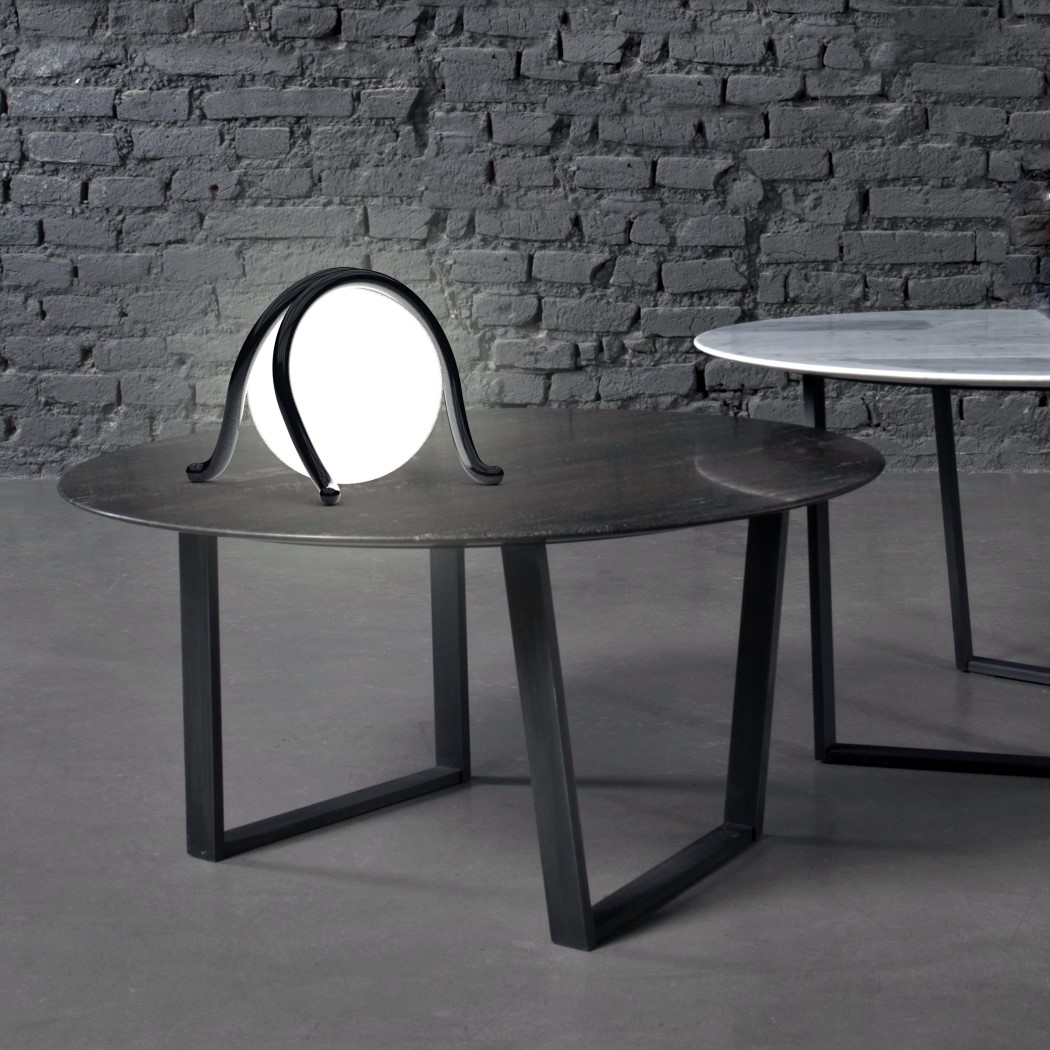 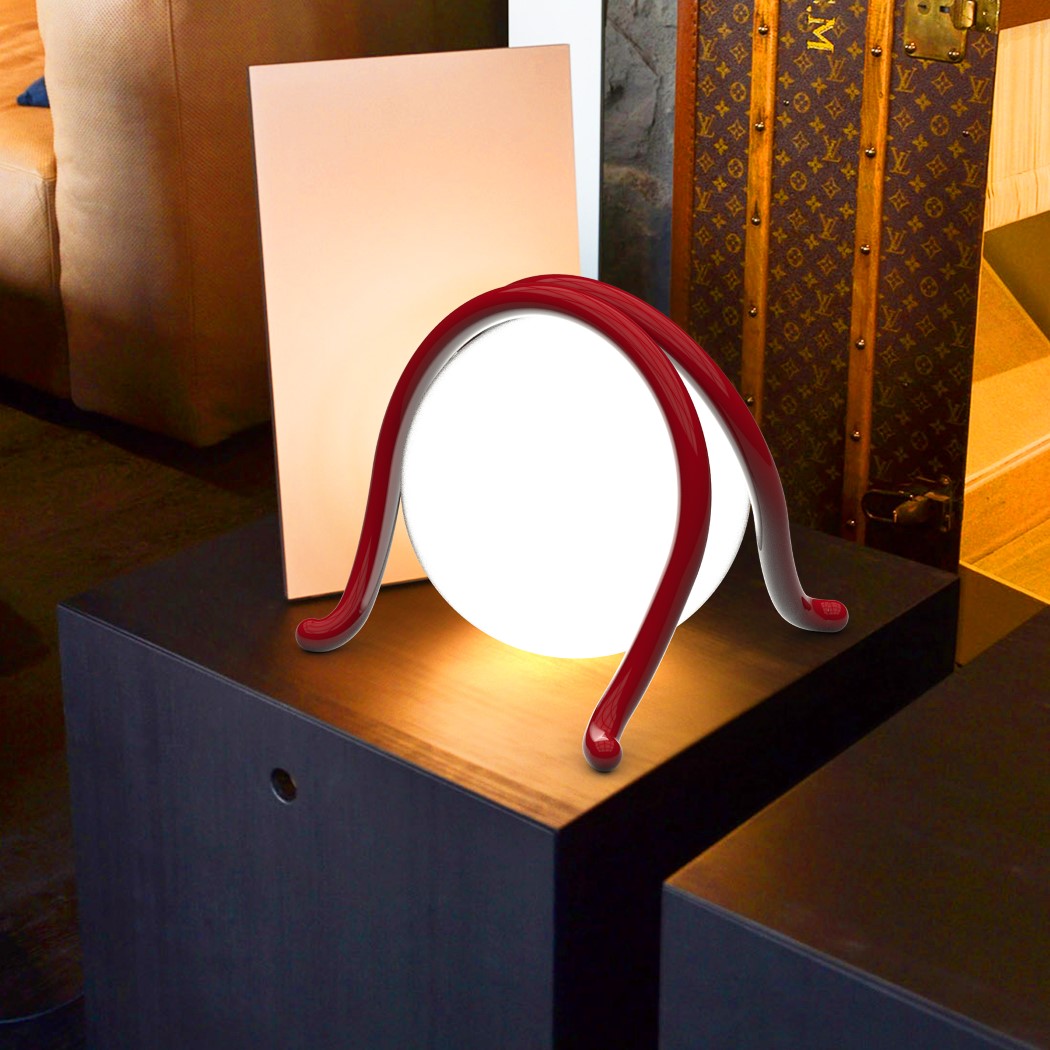 10. Mozaik system Modulable Lamp by Davide Oppizzi
Designed with a love for geometry as well as astronomy, Davide Oppizzi’s Mozaik is like a geometric interpretation of a meteor shower. Ultimately a modular light, the Mozaik can be used in a variety of ways. It can be applied independently as a singular lighting unit, or be used as a building block of sorts, in what can look like an absolutely stunning installation of geometric lighting. 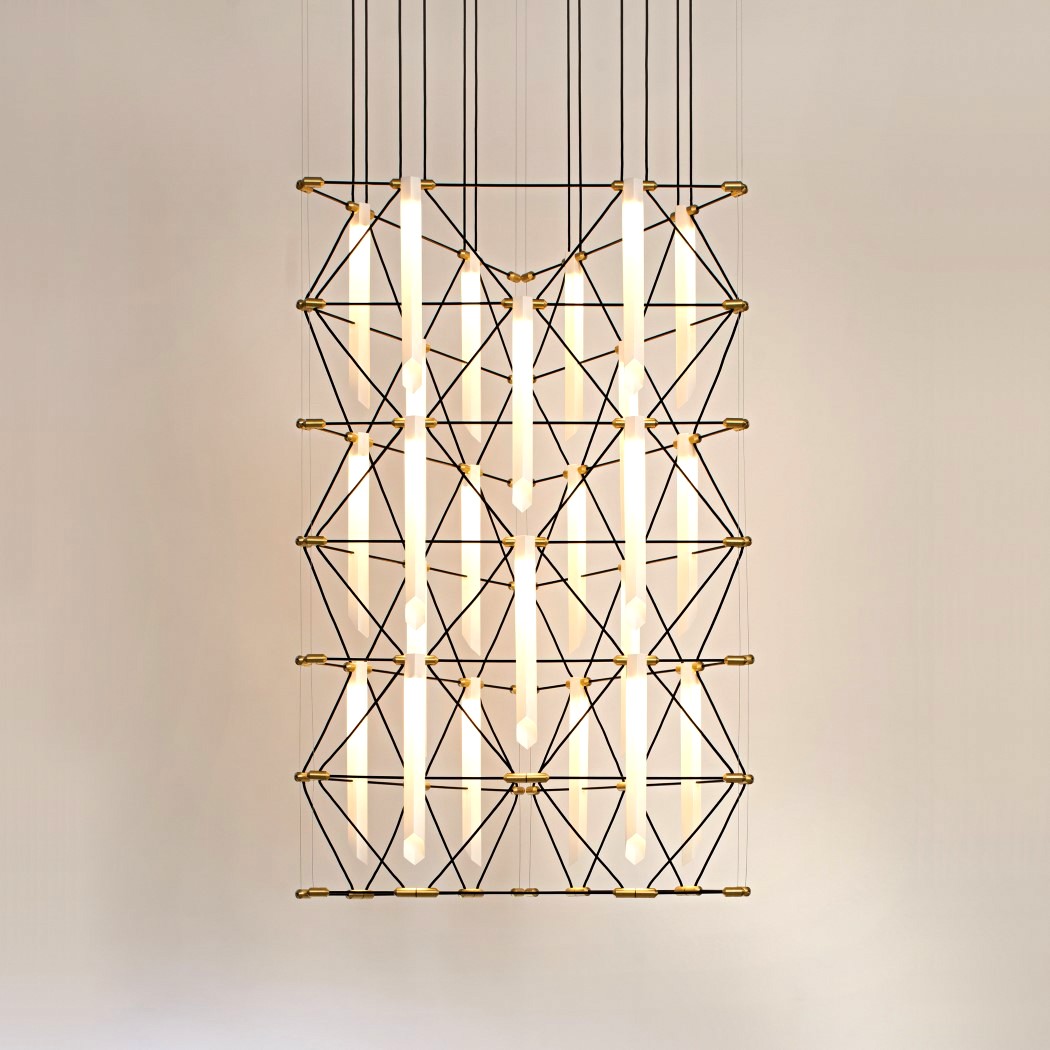 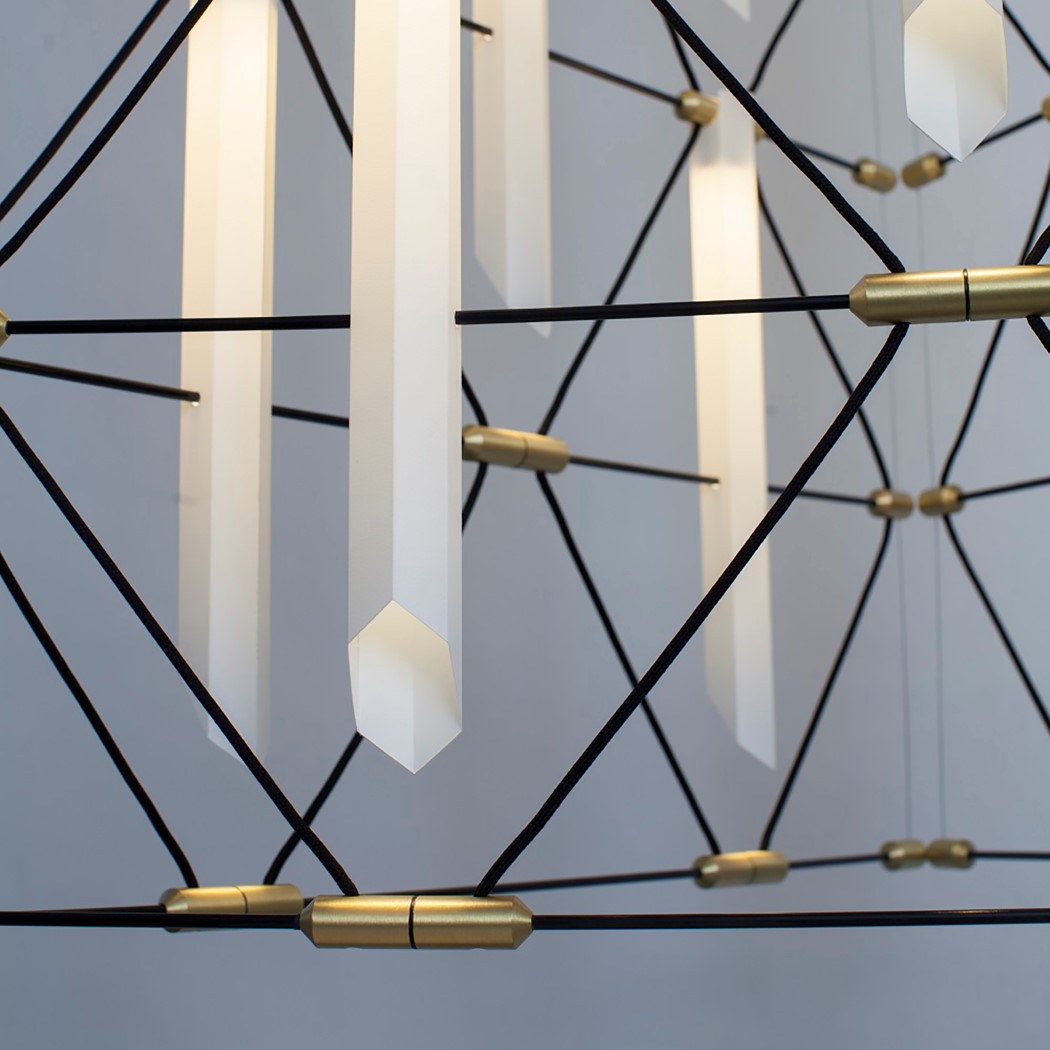 __
Register to participate in the A’ Design Awards now! Deadline: 28th February!

No matter the brand of portable clothes steamer, they all seem to fall into the same narrow design language when it comes to aesthetics. The…

Meet the Honda Kei, a simple and efficient autonomous vehicle for commuting in the urban future

If you know anything about Japanese cars, you’ve definitely heard about Kei car. It literally means “light car” and was a result of the spending…

Marrying minimalistic aesthetics, lightweight credentials and awe-inspiring craftsmanship is for ones who appreciate the intricacies of artistic styling. On the same lines, built with the…