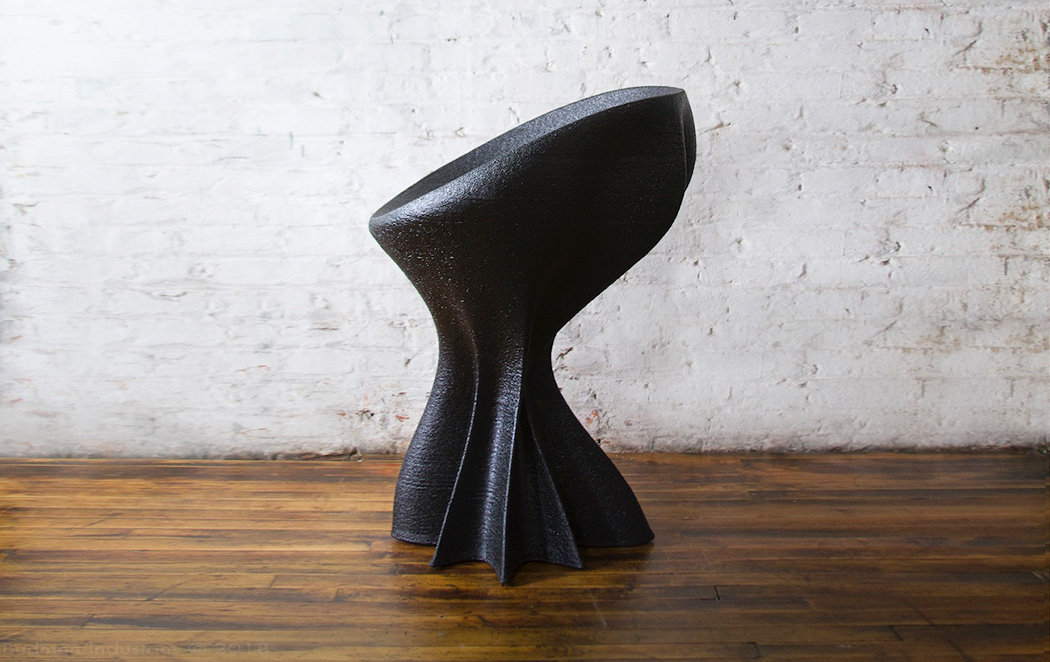 (If by home you mean a lab, and if by grown you mean 3D-printed.) After the designers at Budmen Industries created their own 3D printer, dubbed the Budmen Builder, they decided to have a little fun. The result is a chair that balances form and function, fabrication and furniture. The result is Resolute.

Developed using CAD software, the Resolute chair is adapted for aesthetics yet sturdy enough to support a person weighing more than 250 lbs. Modern in composition yet organic in shape, the design is coated with structural resin for enhanced support and surface durability. This also gives it the stealthy black finish that adds to its liquid-like look. 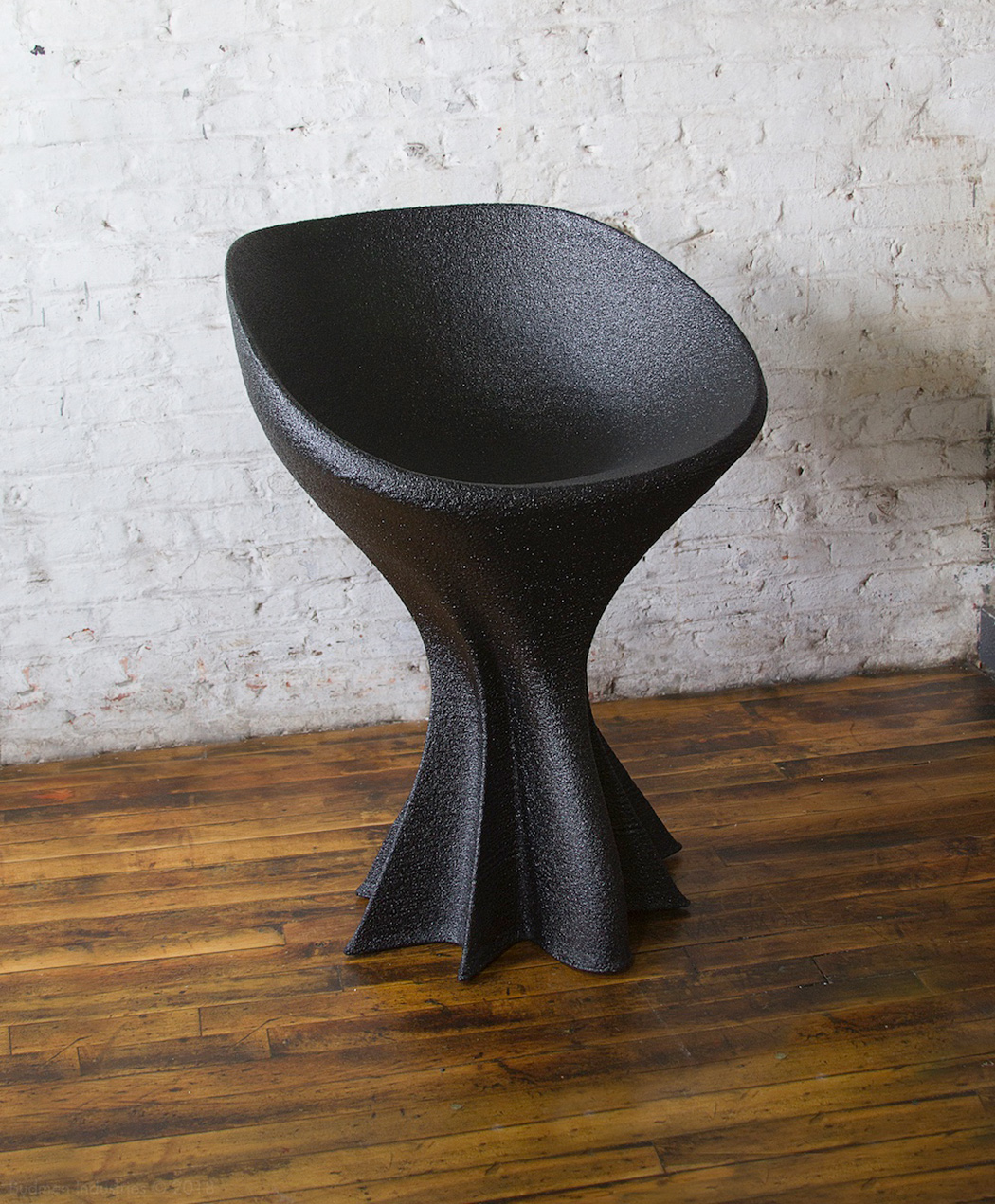 “We created our own large format 3D printer, which was a 5 year pursuit to design and build a 3D printer that could reliably print functional and full-sized furniture. After dozens of prototypes, thousands of hours tinkering with electronics, and years in the making, the Budmen Builder met our unwavering standards. And what did we choose to print first? Every designer’s dream: their own chair,” Budmen Industries explained to YD. 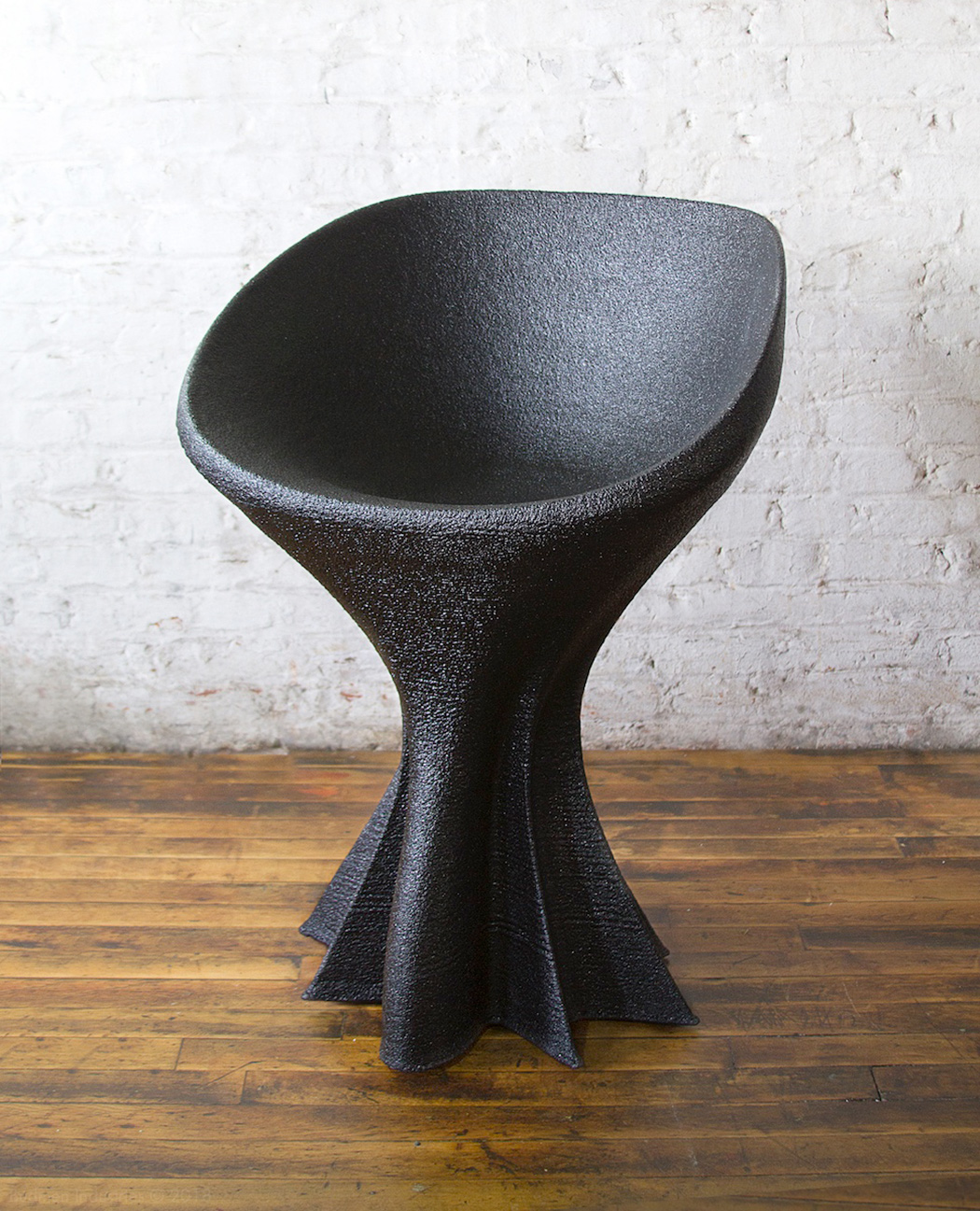 None of the chair’s sleek angles or spaceship-like curves exceed 45 degrees, making it possible to print in one strong piece with no excess material for support scaffolding. The use of a big nozzle resulted in a much shorter print time however the layers were visible. After it finished printing it was meticulously sanded by hand to bring out the smooth curves of the seat. 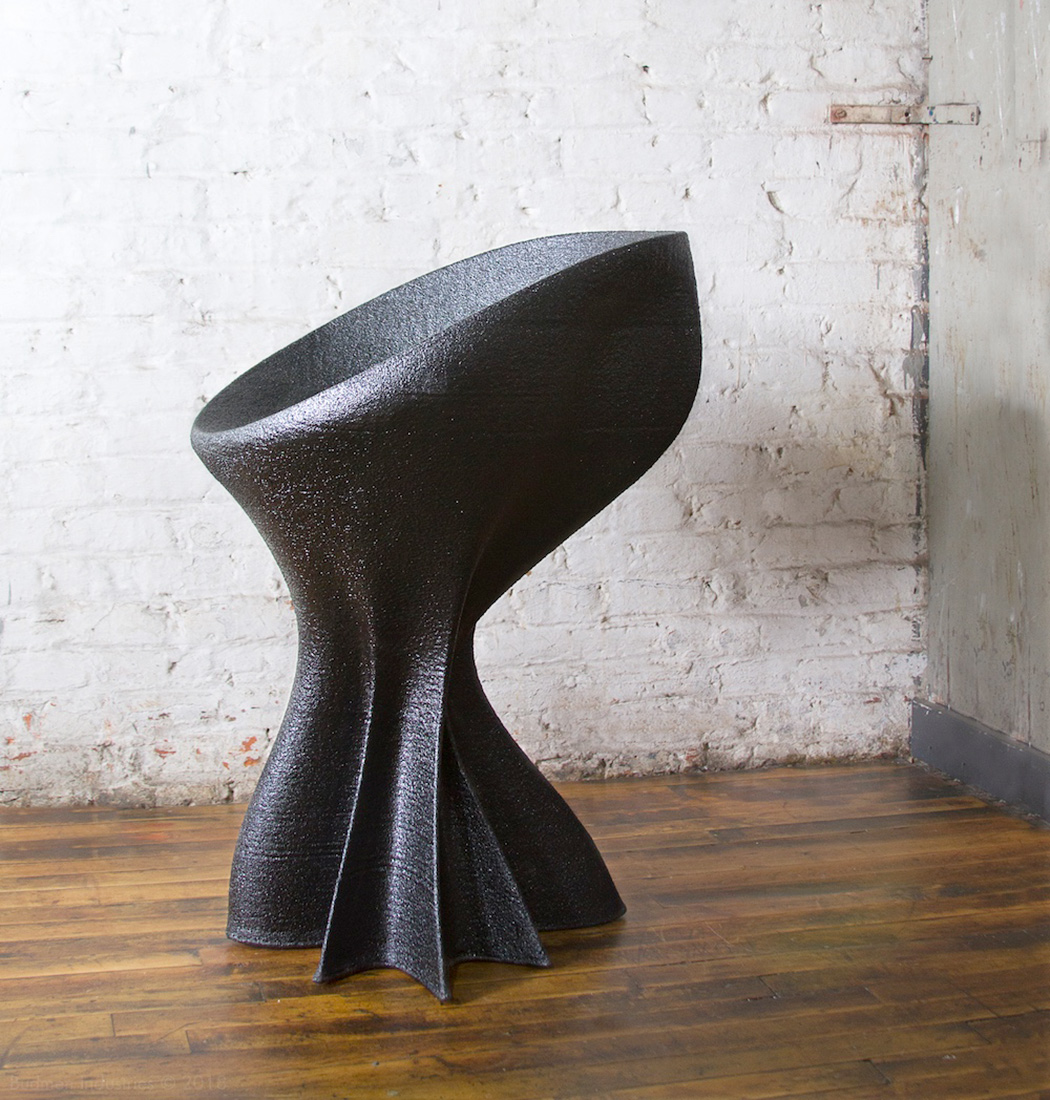 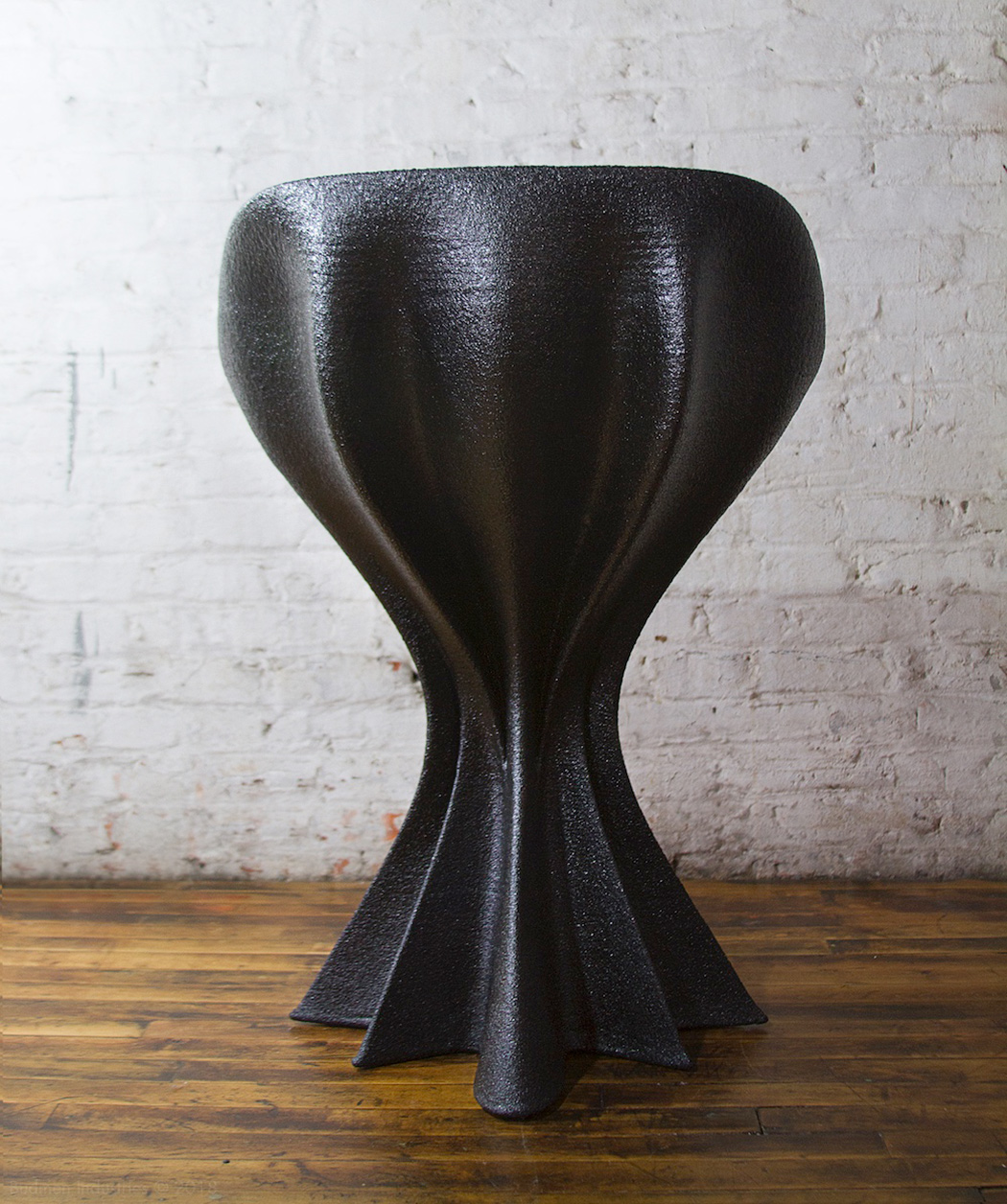 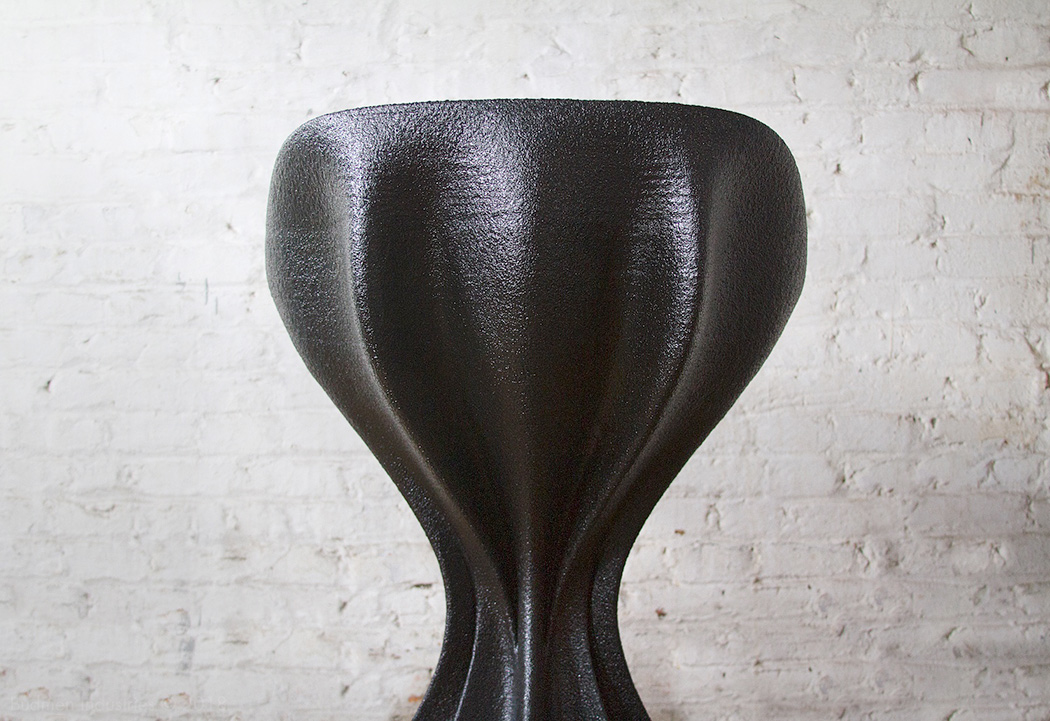 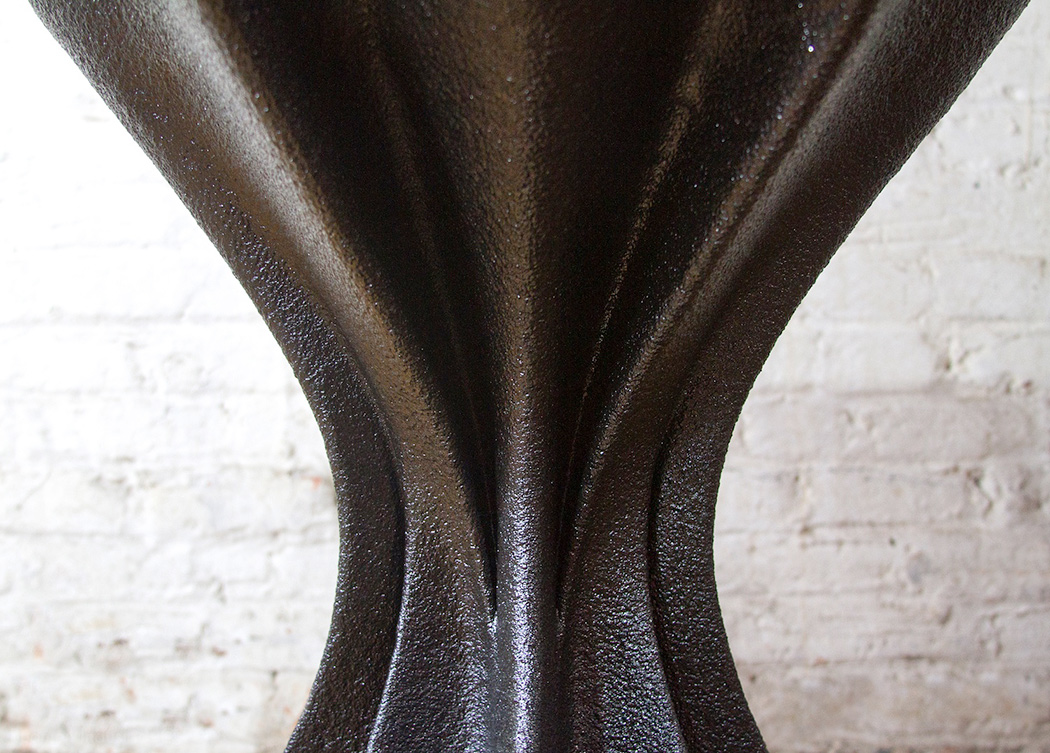 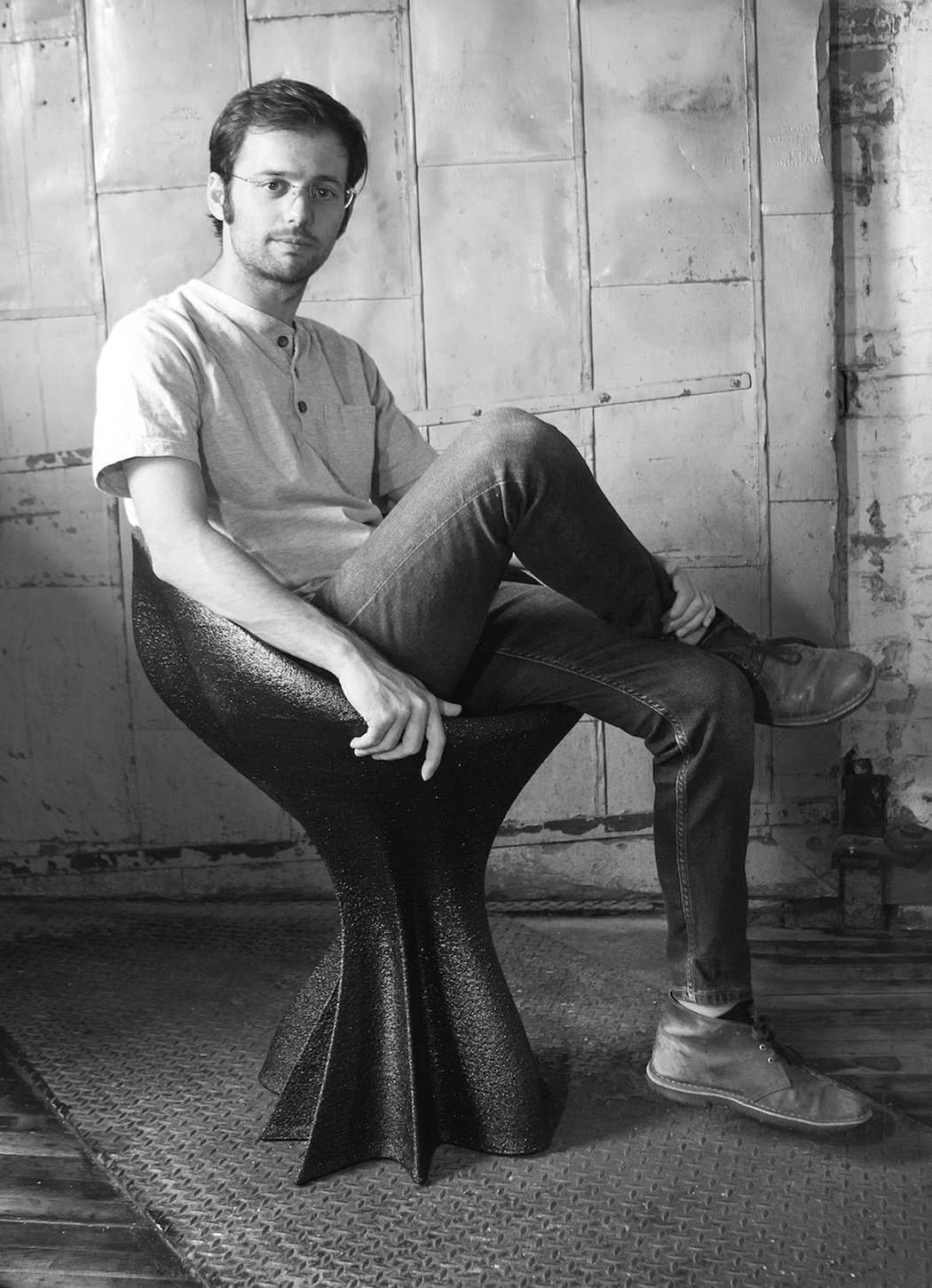 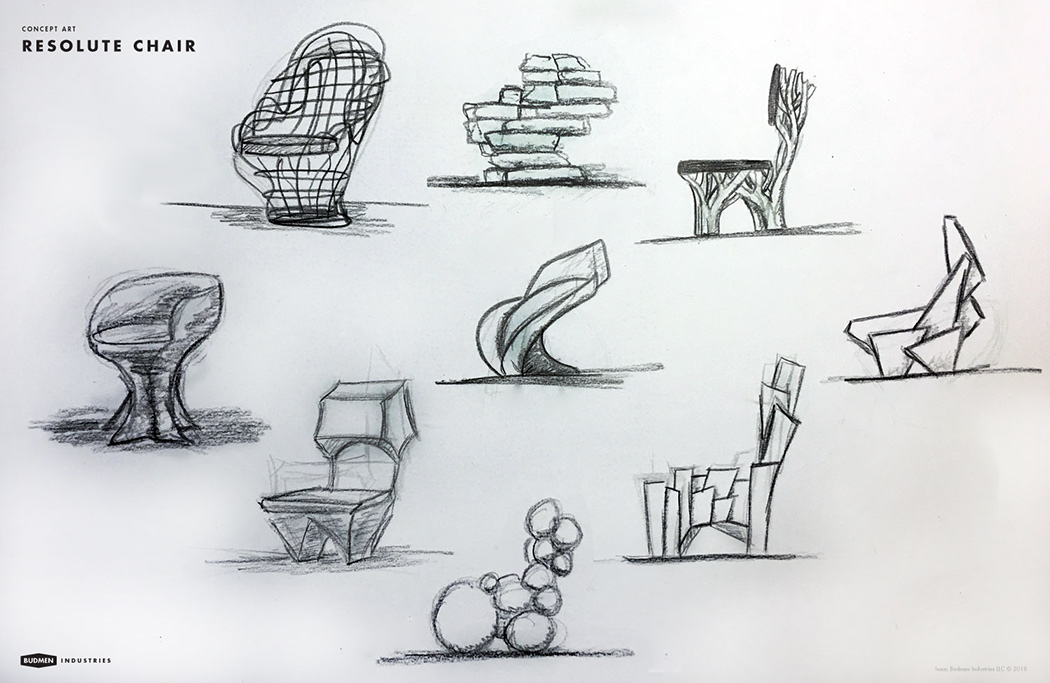 Believe it or not, out of all the super-companies, Samsung was the first to launch its Gear Smart Watch. Most people believe the reason behind…

Small and potent, like a stick of dynamite, the Snarl shouldn’t be taken at face value. With an overall length of 4.3 inches (half of…

Make meal prep hassle-free again with this space-saving cutting board!

https://www.kickstarter.com/projects/tidyboard/tidyboard-cut-your-prep-and-clean-up-time-in-half One of the biggest lifestyle changes for me was meal prep, it eliminates the fuss of deciding what to cook every day and made…

The MINUS calculator explores extreme minimalism without sacrificing functionality

How much can you take away from something before you’ve taken away too much? The MINUS Calculator is a great example of a no-frills design…