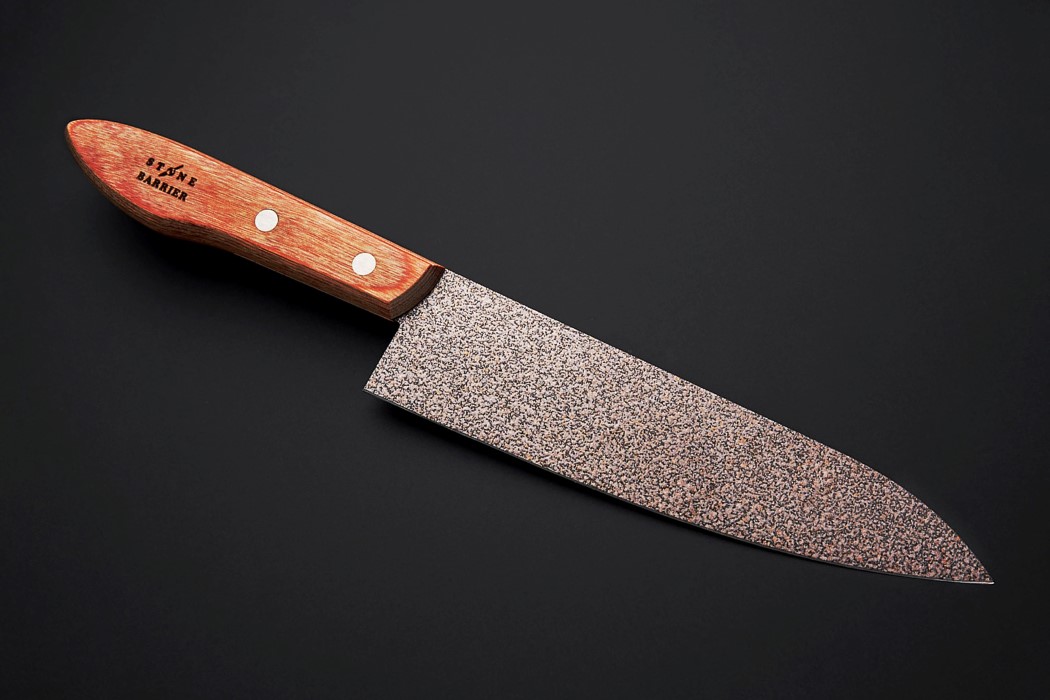 Designed with looks and a performance that quite literally set it a class apart from other knives, the Kyowa Super Stone Barrier Knife comes with a blade that’s hand-finished to perfection by craftsmen who have preserved the traditional techniques of Japanese sword-making, which have existed since the 13th century… and oh, the unusually un-metallic texture around the knife’s blade stems from the fact that the Super Stone Barrier Knife comes with a stone coating around the metal blade.

Coated meticulously with 6 different layers of stone, the Super Stone Barrier Knife’s blade is just literally a 0.01mm sheet of metal in a stone armor. The metal is exposed just at the edge of the blade, giving it substantial sharpness that allows the knife to slice cleanly through food with little to no resistance or friction. The stone coating adds precision and durability, but also offers a strikingly unique look, and a textured surface that acts as a natural non-stick. It also makes sure the blade will never rust, tarnish, warp, or dent, allowing the unique-looking and uniquely built Super Stone Barrier Knife to last MUCH longer than traditional steel blades. 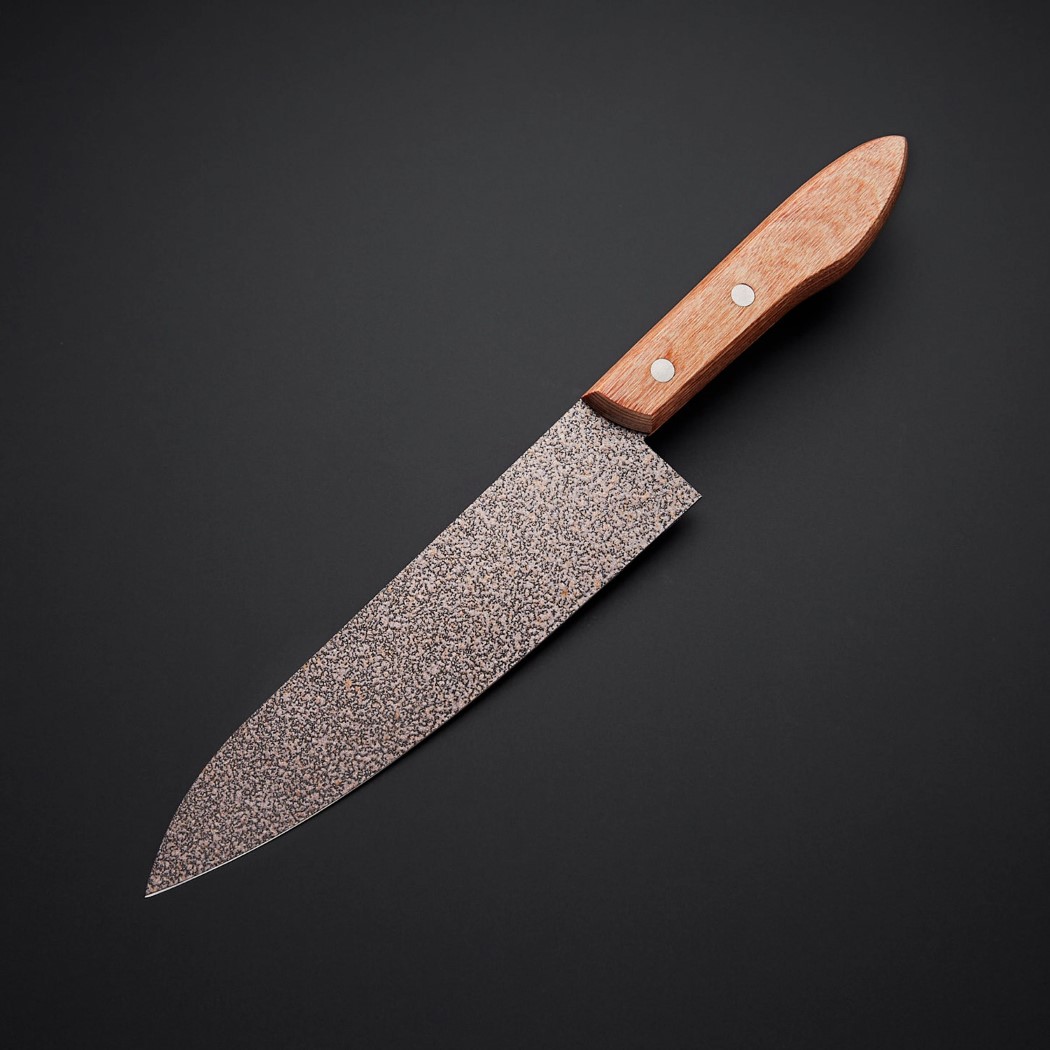 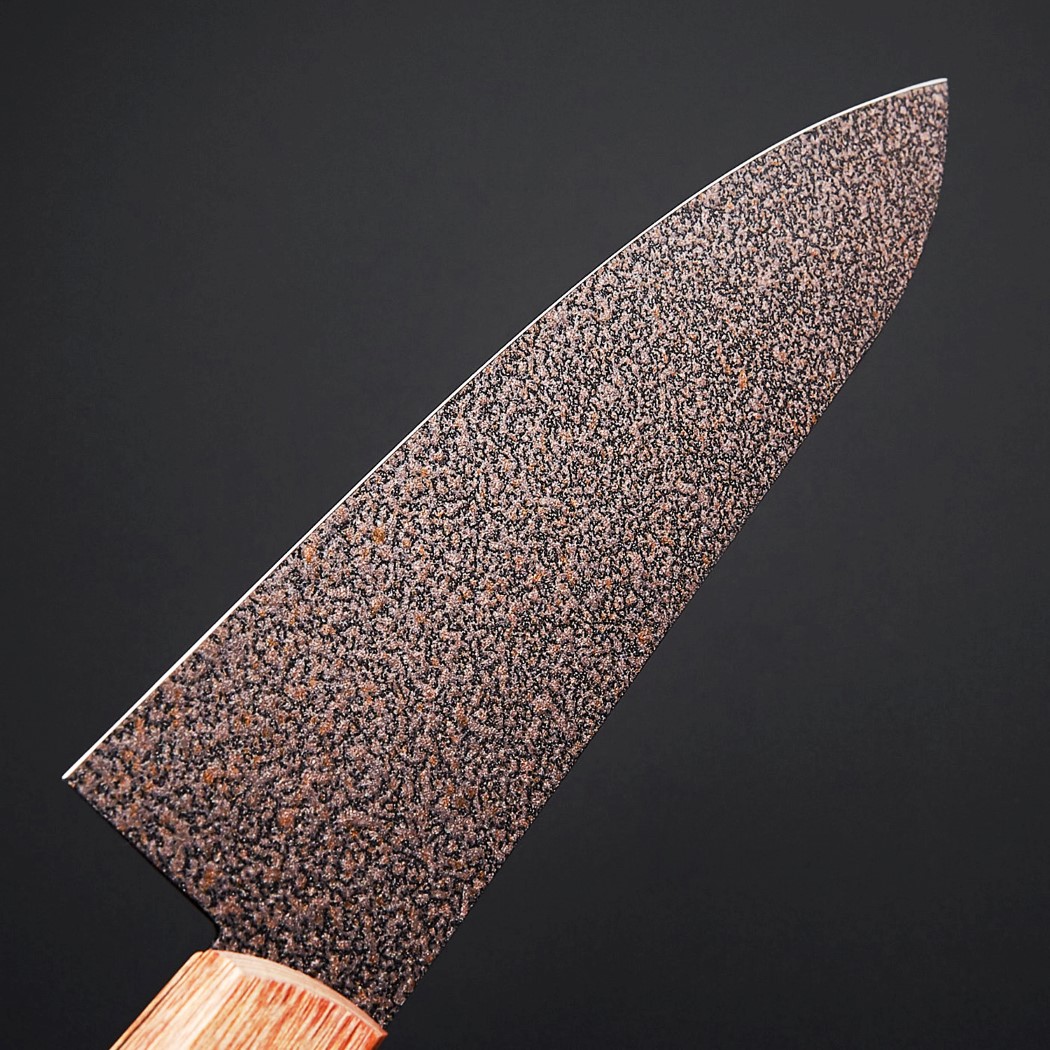 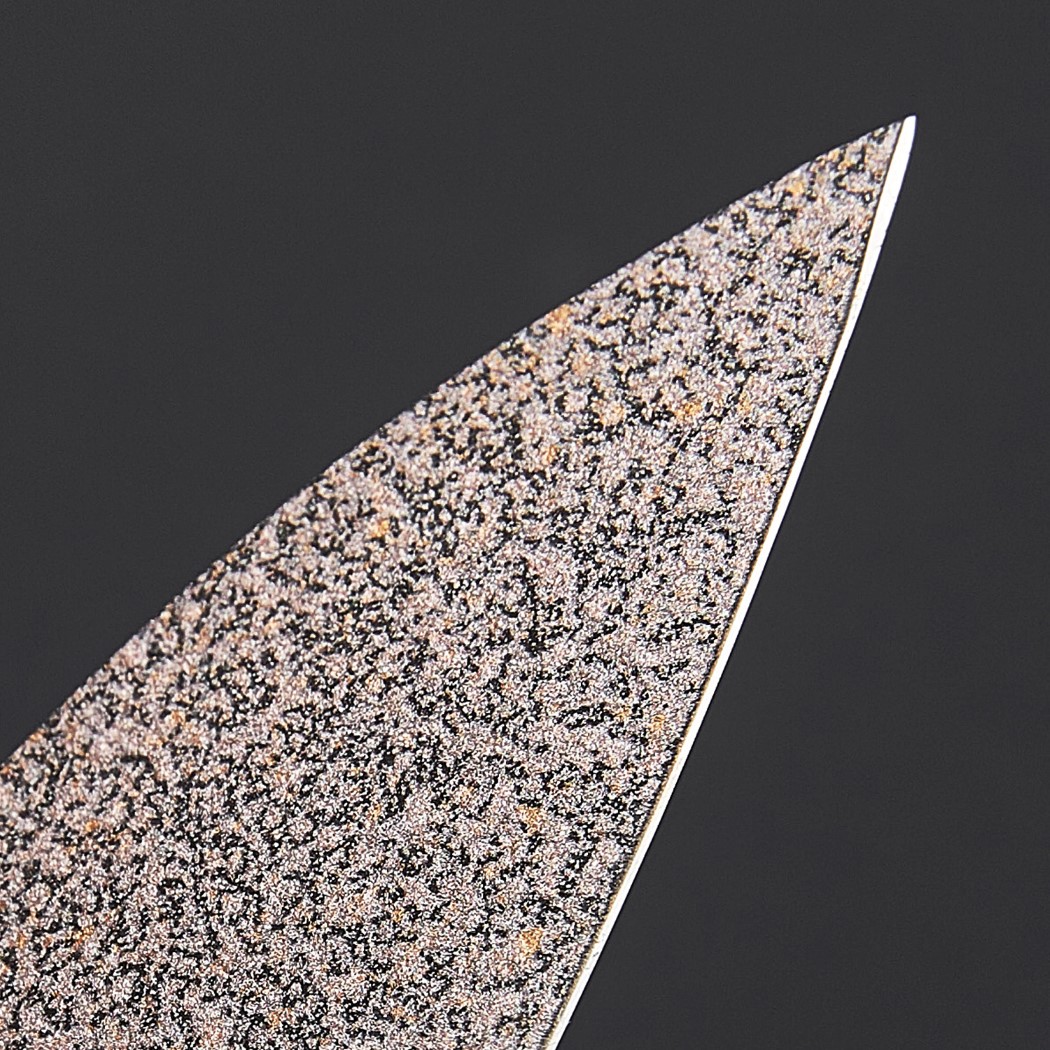 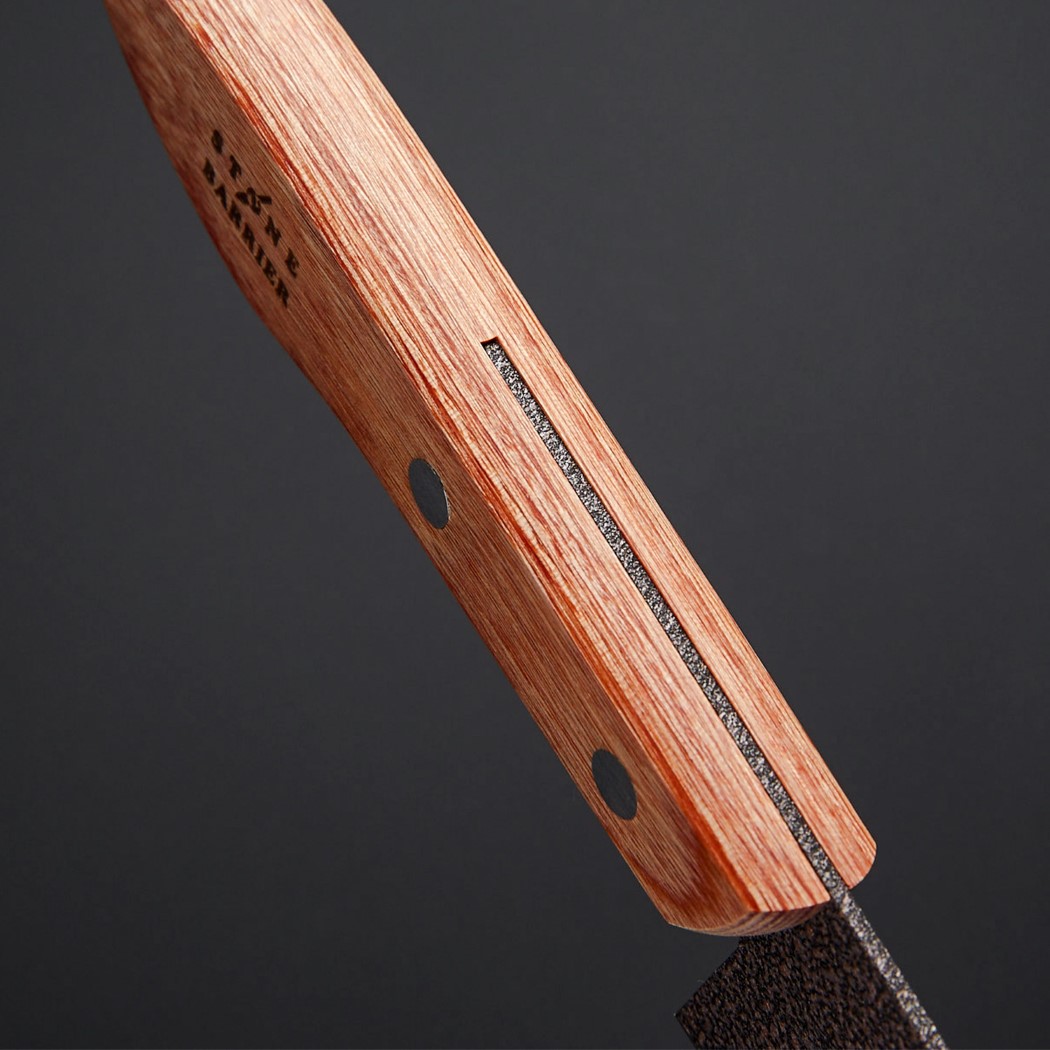 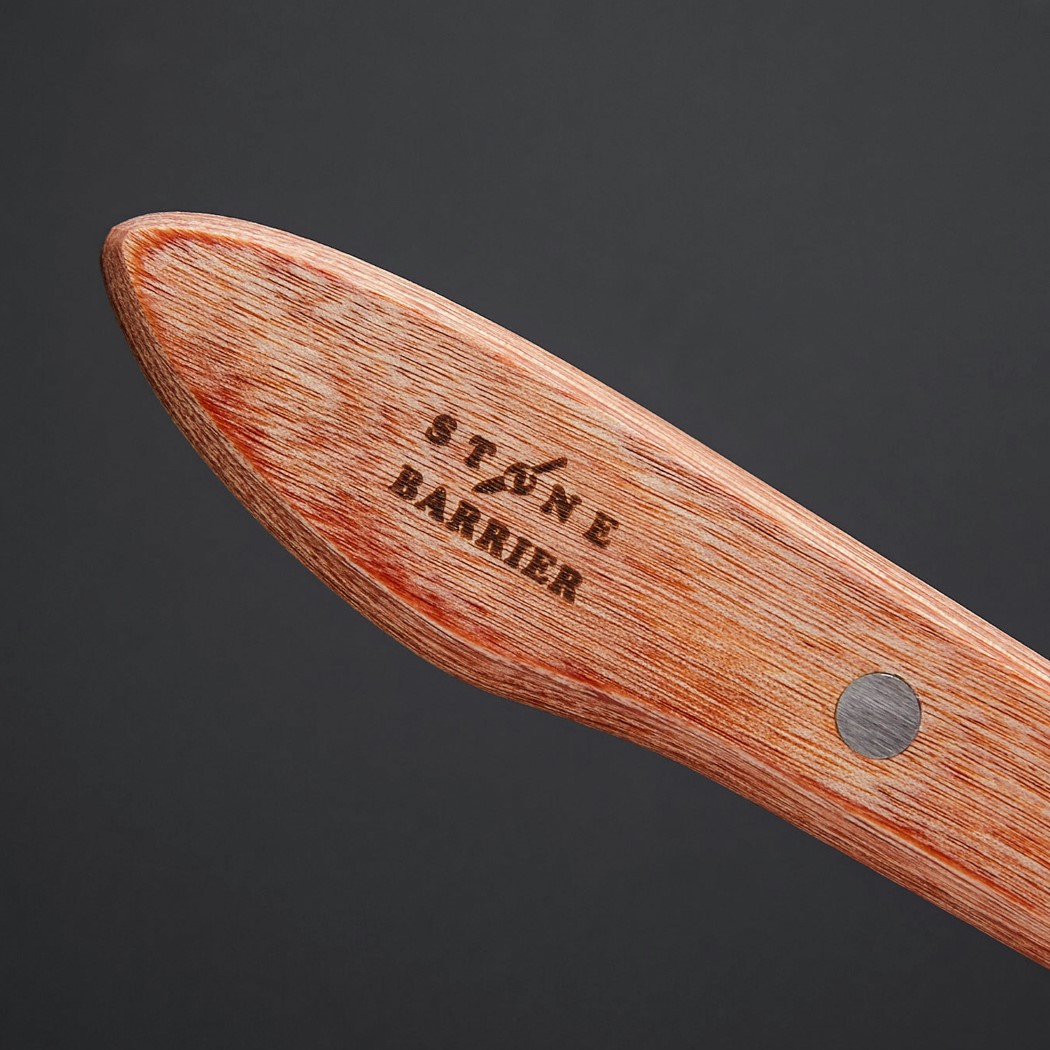 Fresh By A Ring Of Blue Light

We all love fruit but they’re not exactly cheap and usually demand to be eaten sooner than later, otherwise the ravages of time wreak  havoc…