I remember an anecdote back in school where NASA was bamboozled by a problem where their astronauts couldn’t use conventional ballpoint pens in space because of the lack of gravity. They spent a lot of time and money before developing the astronaut pen, a pen that contained a pressurized ink chamber that was capable of writing anywhere, anyhow, and even in the absence of gravity. This technology led to the development of gel pens that we so commonly use today. One could draw quite a few parallels between that anecdote and the latest revolution in pen technology, the Airless Pen.

My heart really goes out to sketch-pens that die before their time because someone forgot to replace the cap on them… or because even with their cap placed on, the pen dried out of ink. It’s really a shame when that happens and you’ve got a bunch of lifeless felt-tipped pens that effectively have no use because you can’t quite replace the refills inside them. The Airless Pen is the sketch pen’s astronaut moment. Unlike regular felt-tipped pens that come with caps that NEED to be replaced, the Airless Pen relies on a clicking mechanism that deploys and retracts the nib. To prevent air from drying the nib out, the pen features a sealed-tube technology that allows the refill to sit inside the pen in an air-tight chamber, preventing air circulation within the pen’s ink chamber, and consequently keeping the refill from drying out.

The Airless Pen seems like a much-needed innovation for a few reasons. Aside from its ability to keep the pen lasting as long as intended, it also removes the one previously-unavoidable headache associated with sketch pens. The cap. The cap is the very bane of the sketch pen’s existence. It’s easy to lose, easy to mix up, and doesn’t really create an air-tight seal because pen-caps are, by law, supposed to have holes in them so that if swallowed, they don’t block your airway. As a result, sketch pens almost always dry out within months (if not weeks) of using them. The Airless Pen’s click-to-activate mechanism eliminates the need of an external pen-cap, and locks the nib back into an air-tight chamber preventing accidental leaks too.

The Airless Pen comes in a variety of colors (as a set) and even across different nib-sizes. For regular sketching or coloring, the 1mm nib works just like a regular sketch marker, while a 0.7mm nib allows for more delicate penmanship, like writing or line-drawing. The Airless Pens promise to last much longer than any traditional sketch pen, thanks to its air-lock technology. Maybe version two will allow you to change refills so the pen doesn’t become disposable! 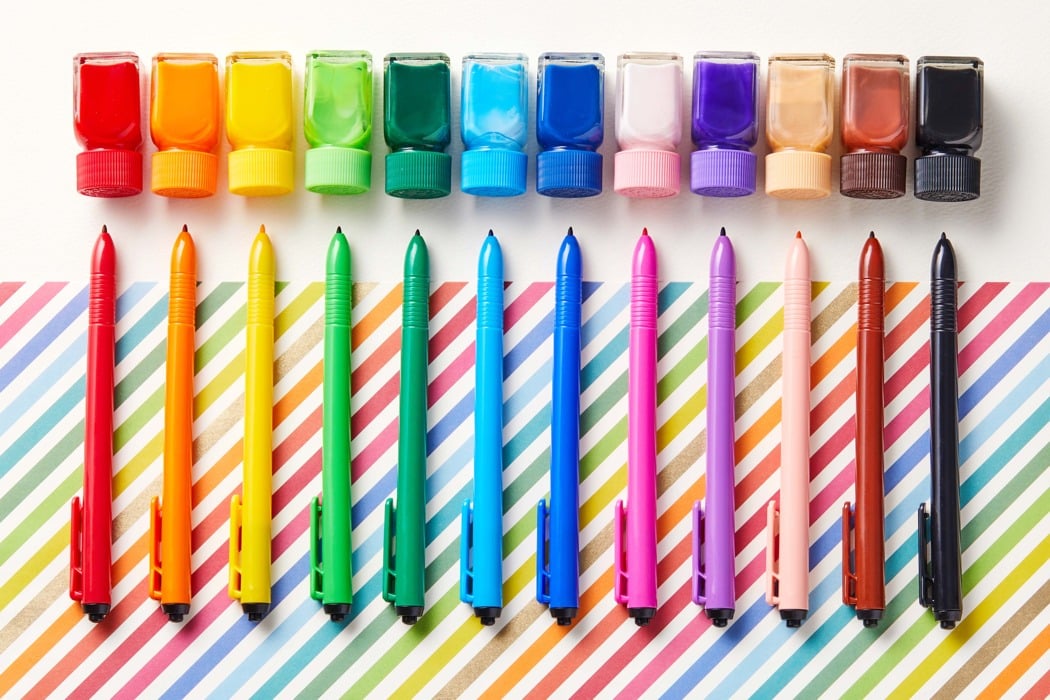 Airless Pen is created with a retractable silicon cap that prevents air inflow into the pen so the ink never runs dry. This specialized cap, which is installed in the pen, creates a small vacuum space where the water-based ink stays fluid. Airless Pen is the perfect instrument for an individual’s creative space as it eliminates the hassle of pen caps. 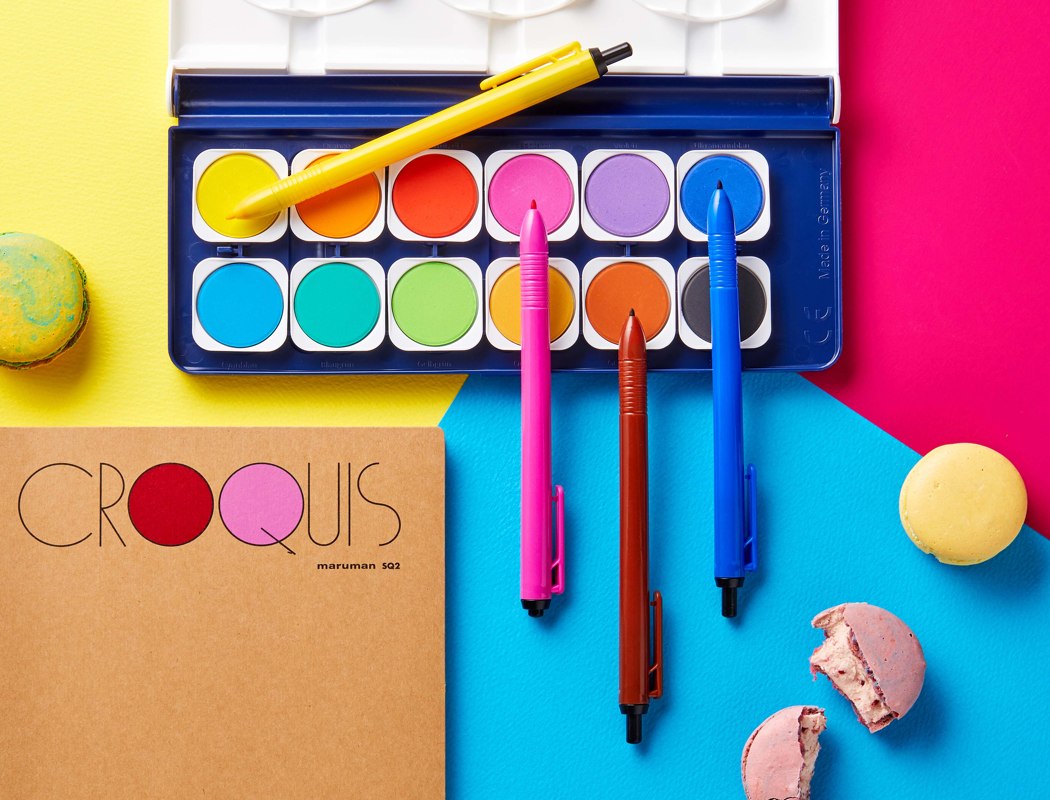 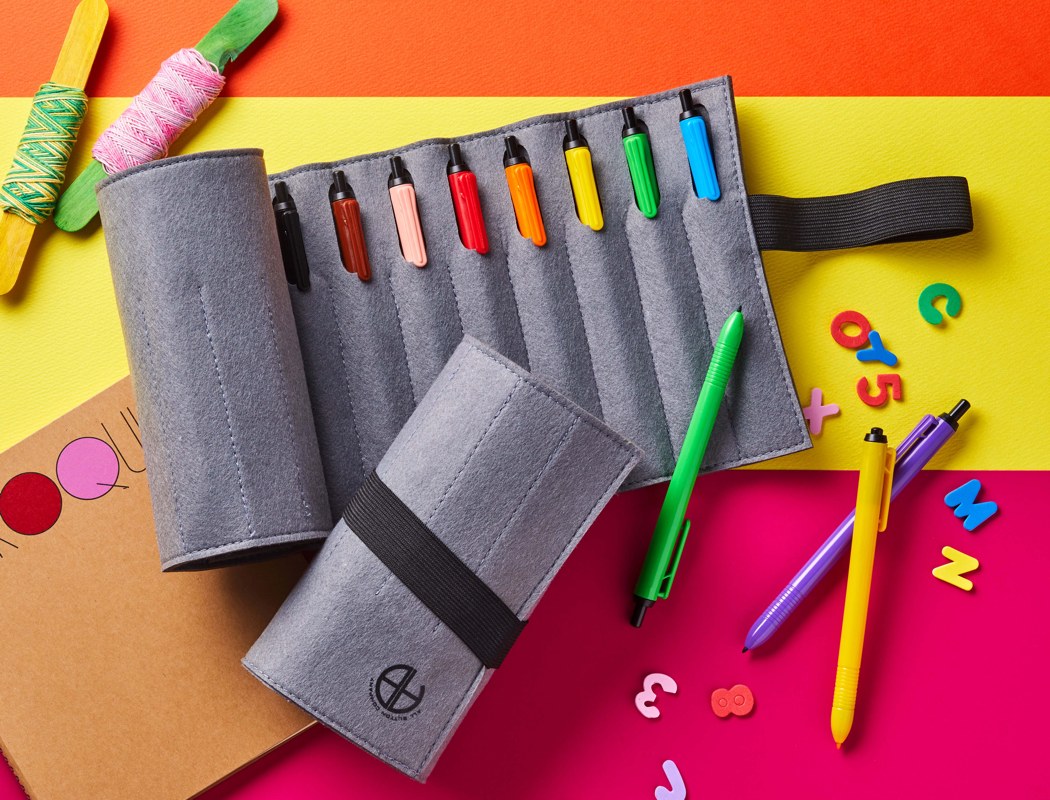 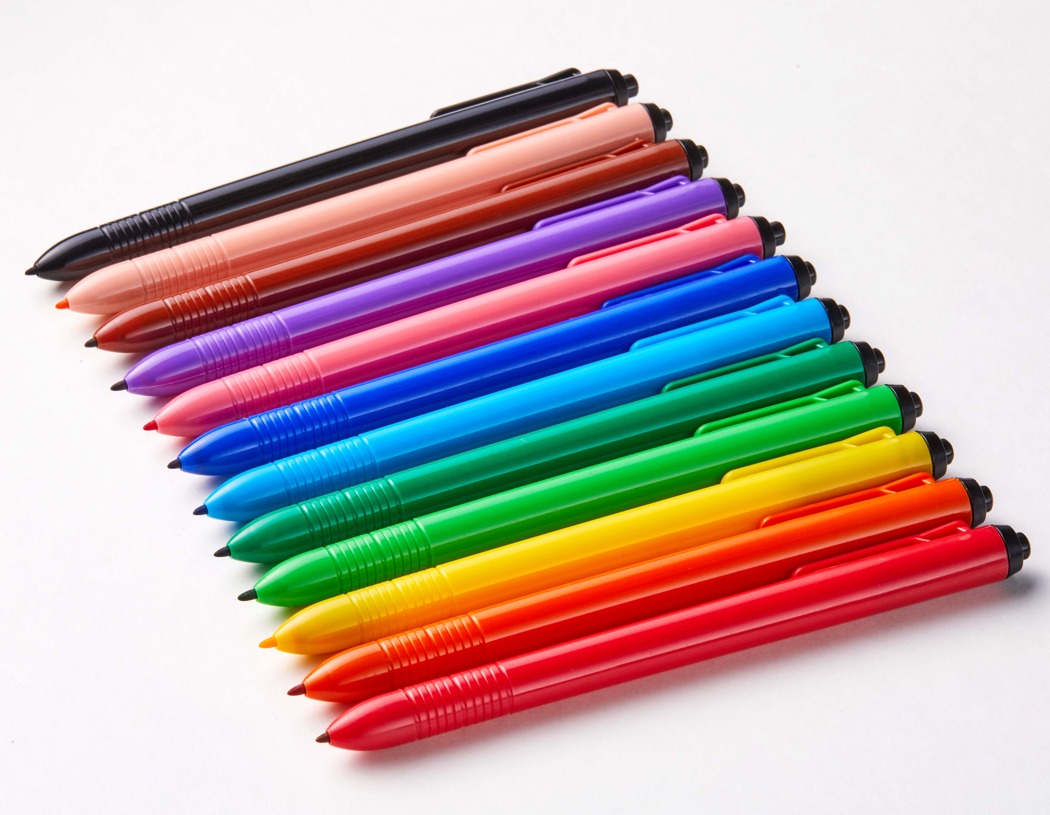 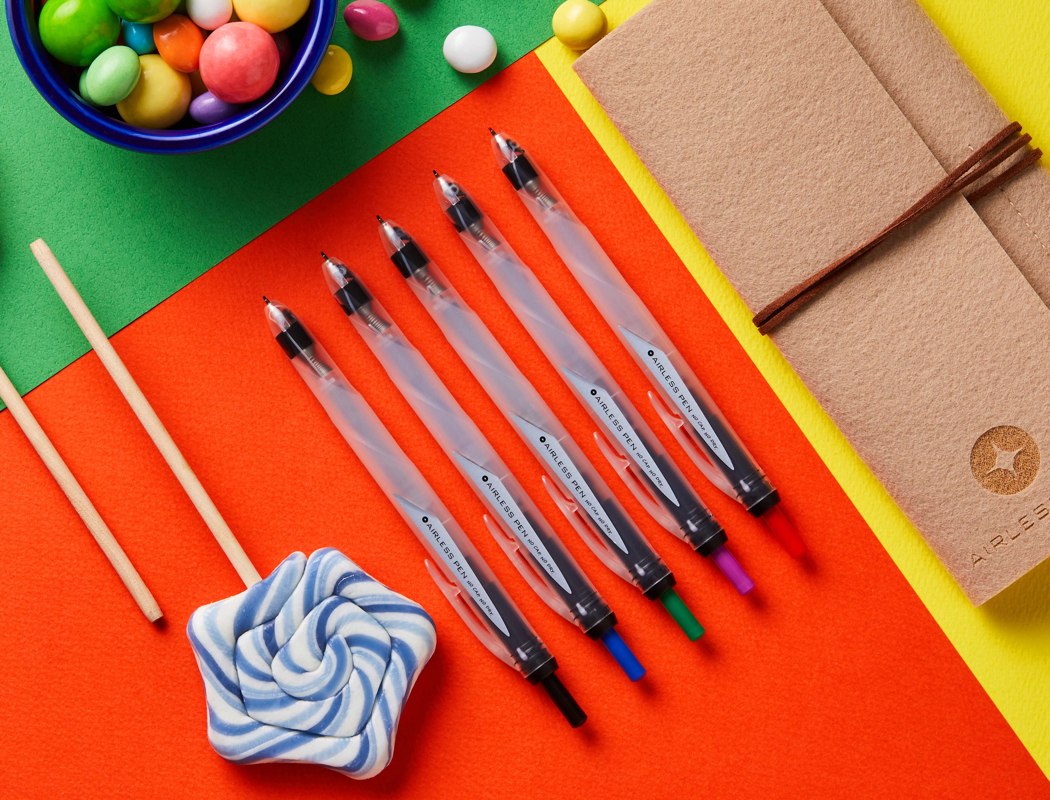 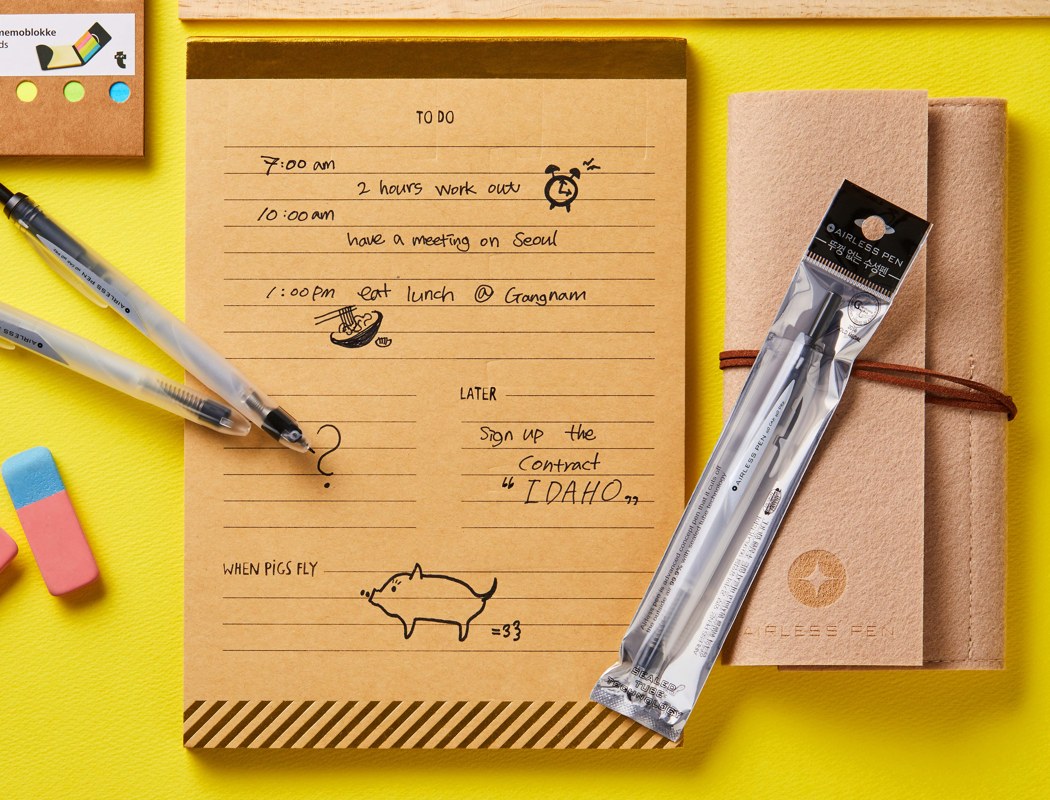 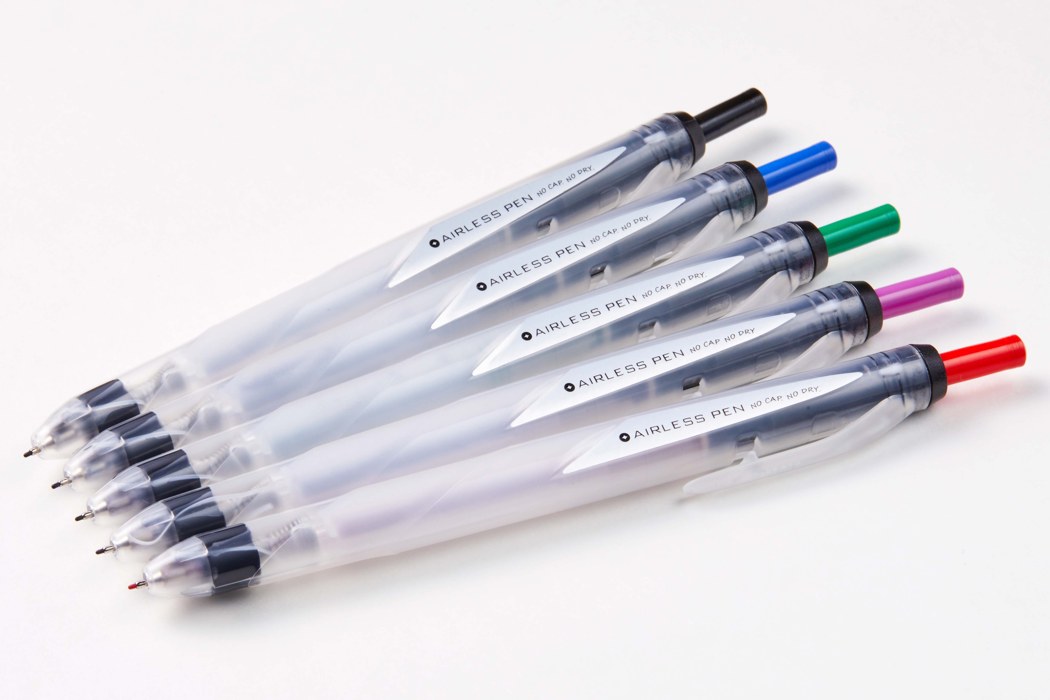 A marker is filled with ink that is either oil or water-based. Typically, if you leave a marker with the cap off, the fluid evaporates, leaving only dry pigments, which cannot be used. To prevent this, a cap is used to prevent the evaporation process from occurring, but requires a marker to be capped and recapped with every use.

Constantly having to take the cap on and off can be quite bothersome and even irritating at times. The cap can also be lost easily. If a marker is left uncovered for even a few hours (sometimes less), it can dry out and become useless.

Airless Pen’s ‘Sealed tube technology’ which prevents the ink from drying for water-based pens, felt pens, highlighter pens and fountain pens. We were able to develop this technology by creating a small vacuum space where the water-based ink can stay fluid.

Extreme weather and natural disasters are becoming frighteningly more common these days, so preparedness for any eventuality is no longer really optional. People are advised…

The top 10 cabin designs of February are here to provide the perfect architectural escapism!

But Baby it’s cold outside!

The umbrella is an incredible invention but nobody has a way to prevent a wet dripping umbrella from creating a mess in your house. We’ve…