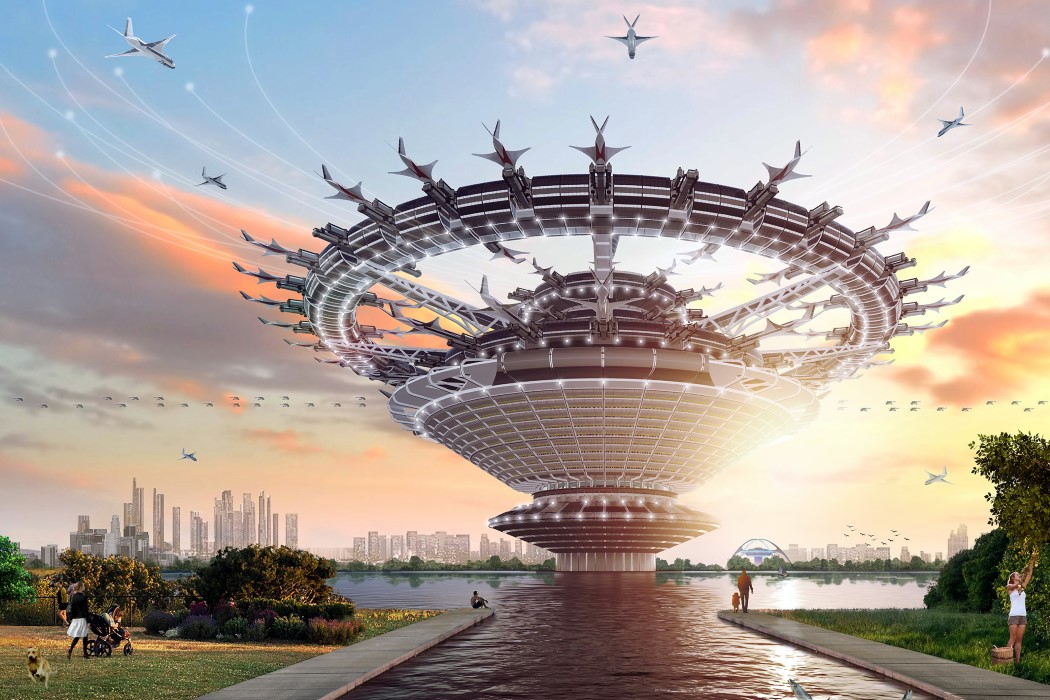 He believes the current system of taking off and landing requires a massive airstrip onto which only one plane can engage in one of those activities at a time, resulting in a waste of space and a mismanagement of time. LAX 2.0 is built for planes with vertical take-off abilities, reducing the need for a landing strip, and therefore allowing the airport to assume a non-linear shape, in this case, circular. The entire periphery is lined with landing bays on which anywhere near 50 planes can dock, with more than one plane entering and exiting the airport at the same time. The new system allows airports to shrink in size yet quadruple in efficiency… it also looks positively Jetsonian! 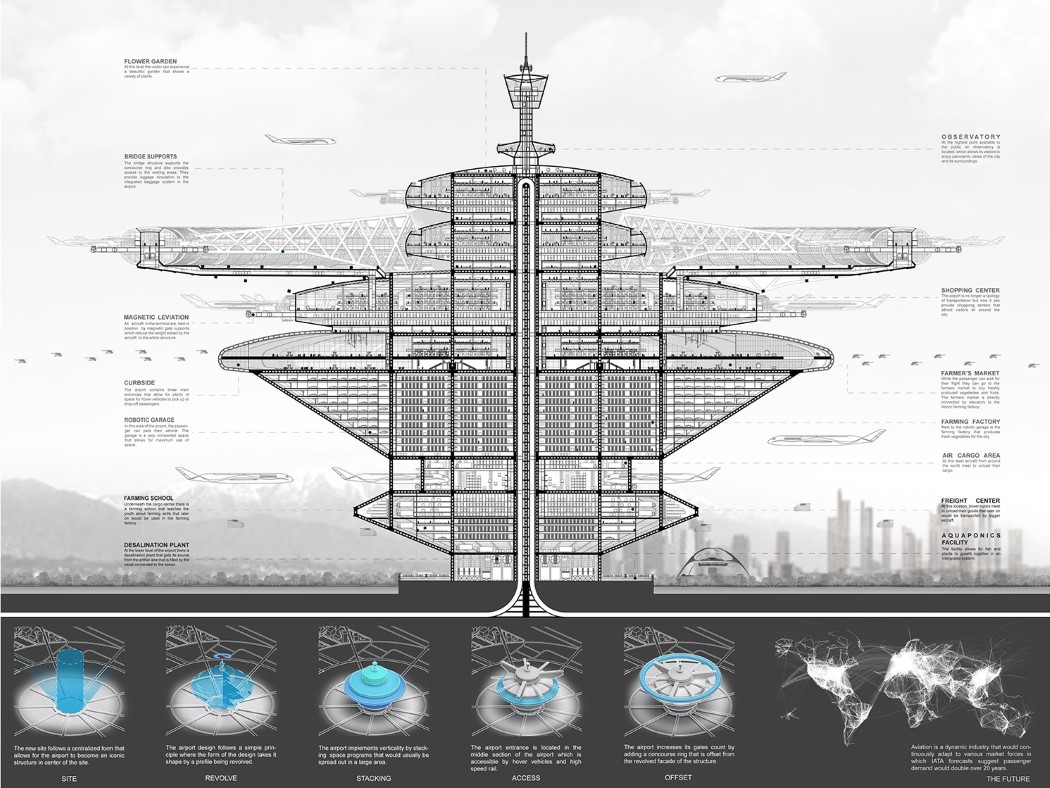 As a kid, you either wanna be the one with the coolest basement in school or be friends with the person who has the coolest…

The Cuddly Playground is a place where kids can go wild. Of course, you can say it’s just another playground for the children, but this…

Normally, booths, pavilions, and other exhibition structures are not the most sustainable. Sure you can recycle some of the parts and maybe re-use them for…