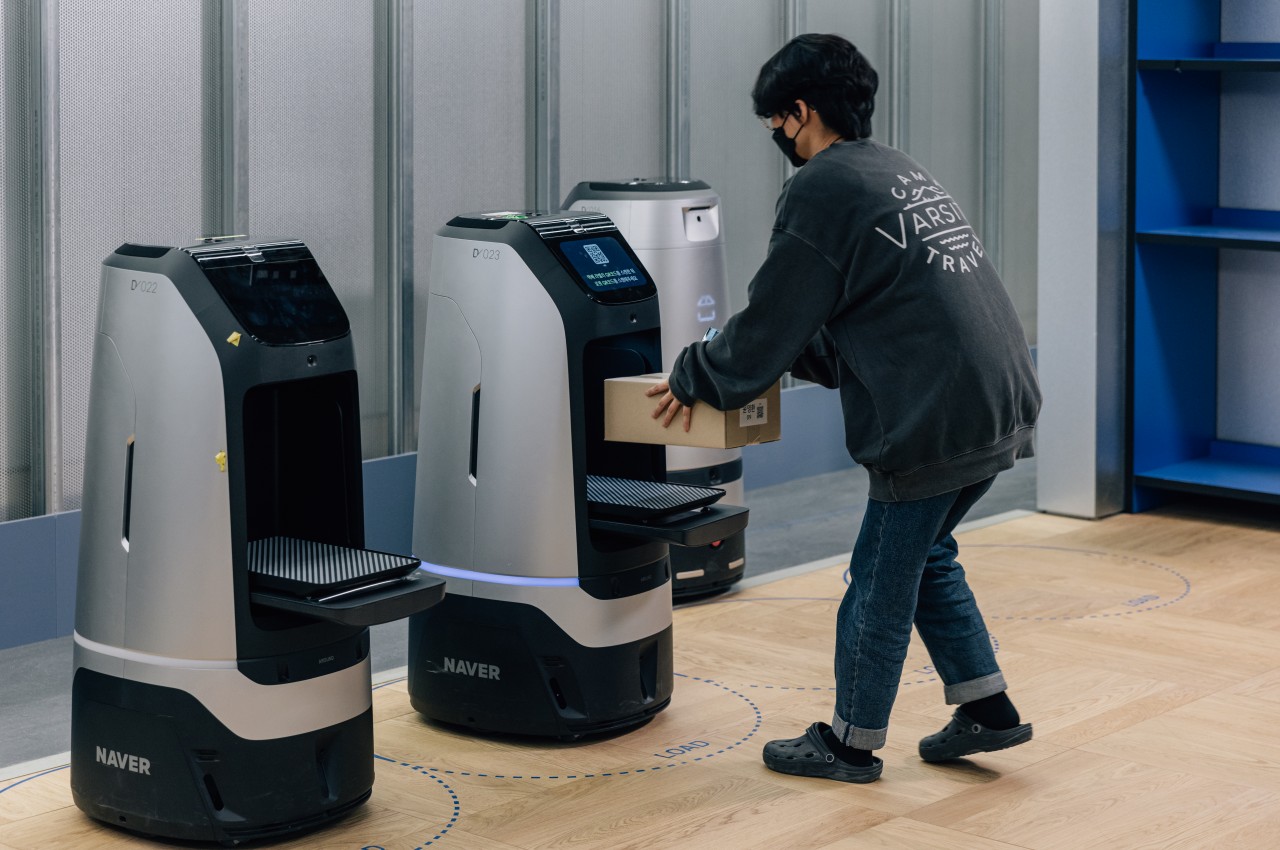 The idea of robots replacing human workers is both the stuff of science fiction and, in some industries, an unavoidable reality. Fiction and media love to create drama and tension when it comes to advancements in robotics and AI that seem to be trained to mimic even the most artistic aspects of human creativity. Reality, however, is far less dramatic, and robots have a long way to go in putting office workers out of employment. Instead, robotics can actually help improve the quality of life of people in workplaces, and Naver’s new 1784 “technology convergence” building tries to serve as the blueprint for this harmonious kind of human and robot interaction. 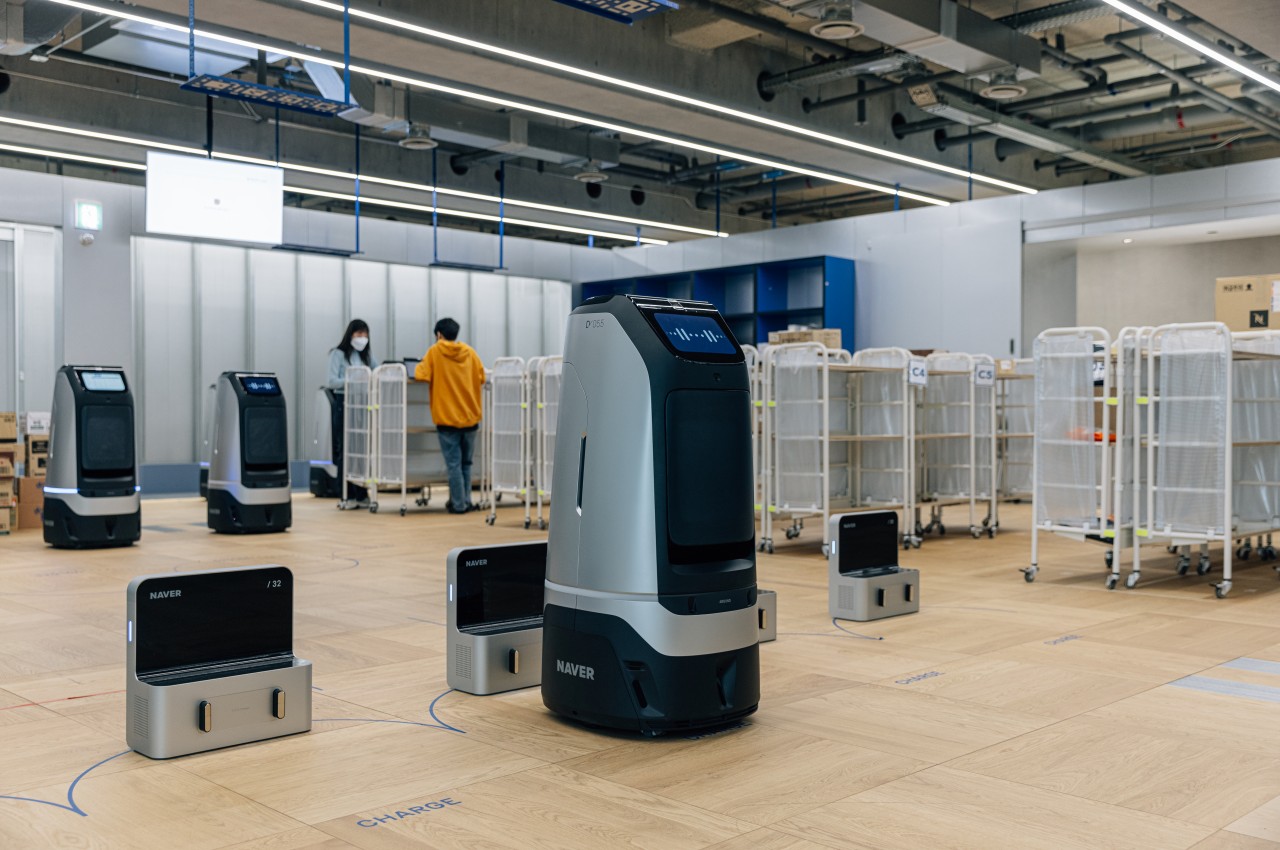 From the outside, Naver’s 1784 HQ looks like any other high-rise building. Located at 178-4 Jeongja-dong, where it partially gets its name, the online platform giant’s second and so far biggest HQ stands over a 165,000 sq. m. area and over 28 floors with eight underground floors. As they say, looks can be deceiving, and the 1784 is touted as the world’s first robot-friendly building while also being very human-friendly. 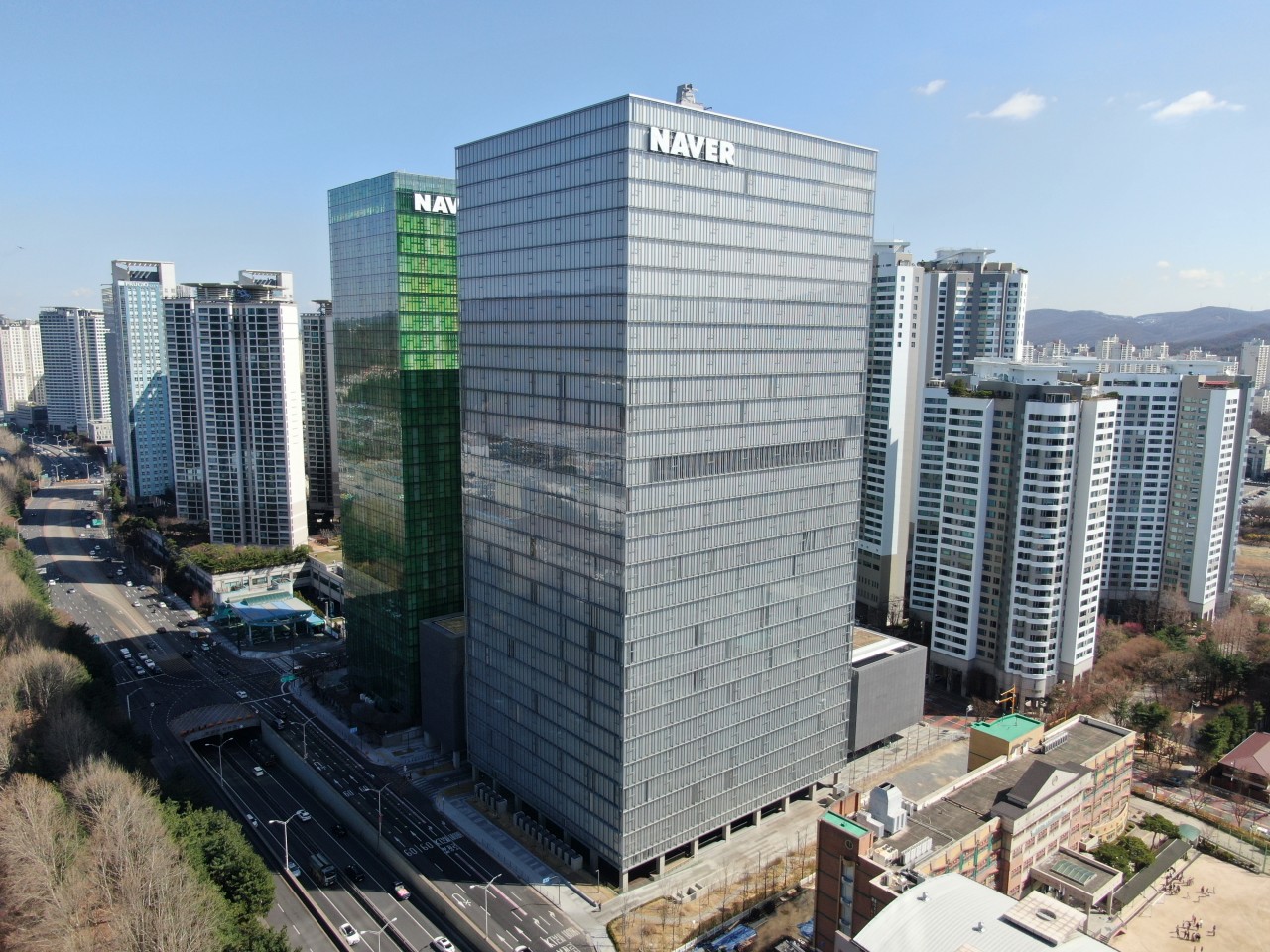 The building houses the company’s latest and greatest R&D on robotics, AI, and the cloud, while also serving as sort of the testbed and showcase of these very technologies. Alongside thousands of humans, the 1784 also has around 100 robots under its employ, primarily designed to deliver packages to people inside the building, at least for now. While that purpose may sound trivial, the technology and infrastructure built to support this function are quite novel and still unique. 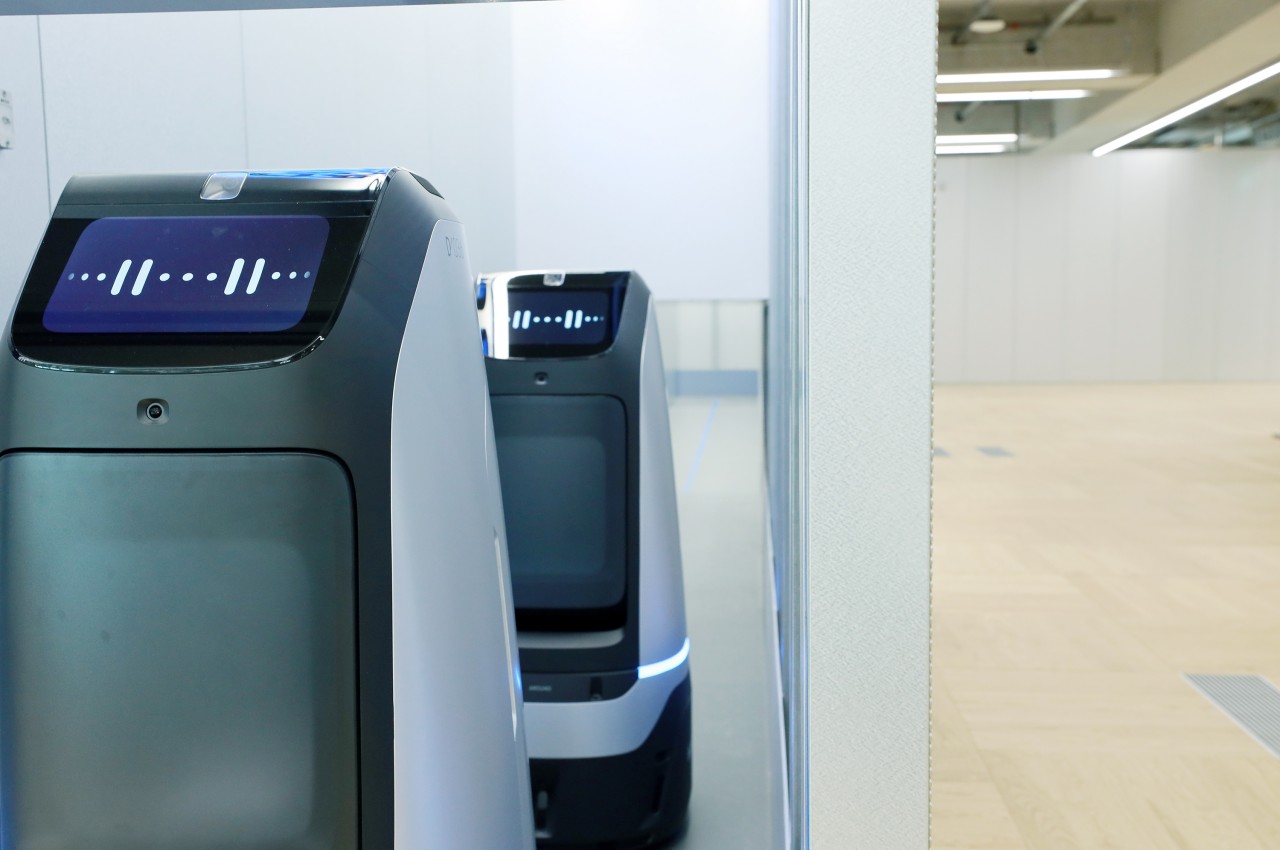 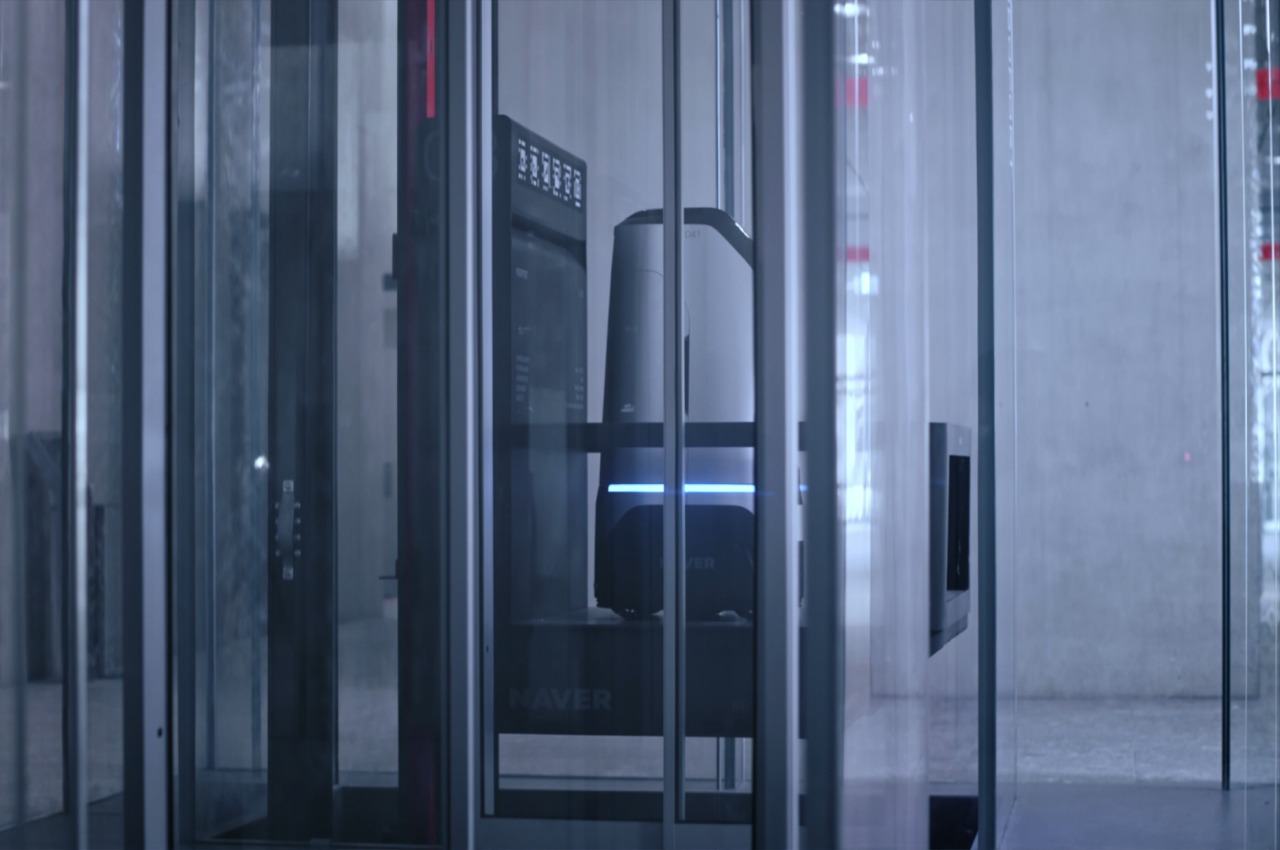 For example, the building houses what is perhaps the world’s first elevator built especially for robots, which means that the building’s architecture was designed with this in mind. And unlike the technology-loaded pizza or package delivery robots featured in the news, Naver’s little helpers are “brainless,” with a central control system named ARC (short for AI, Robot, Cloud) that is able to pinpoint the exact location of each robot and the path it needs to take inside the building. 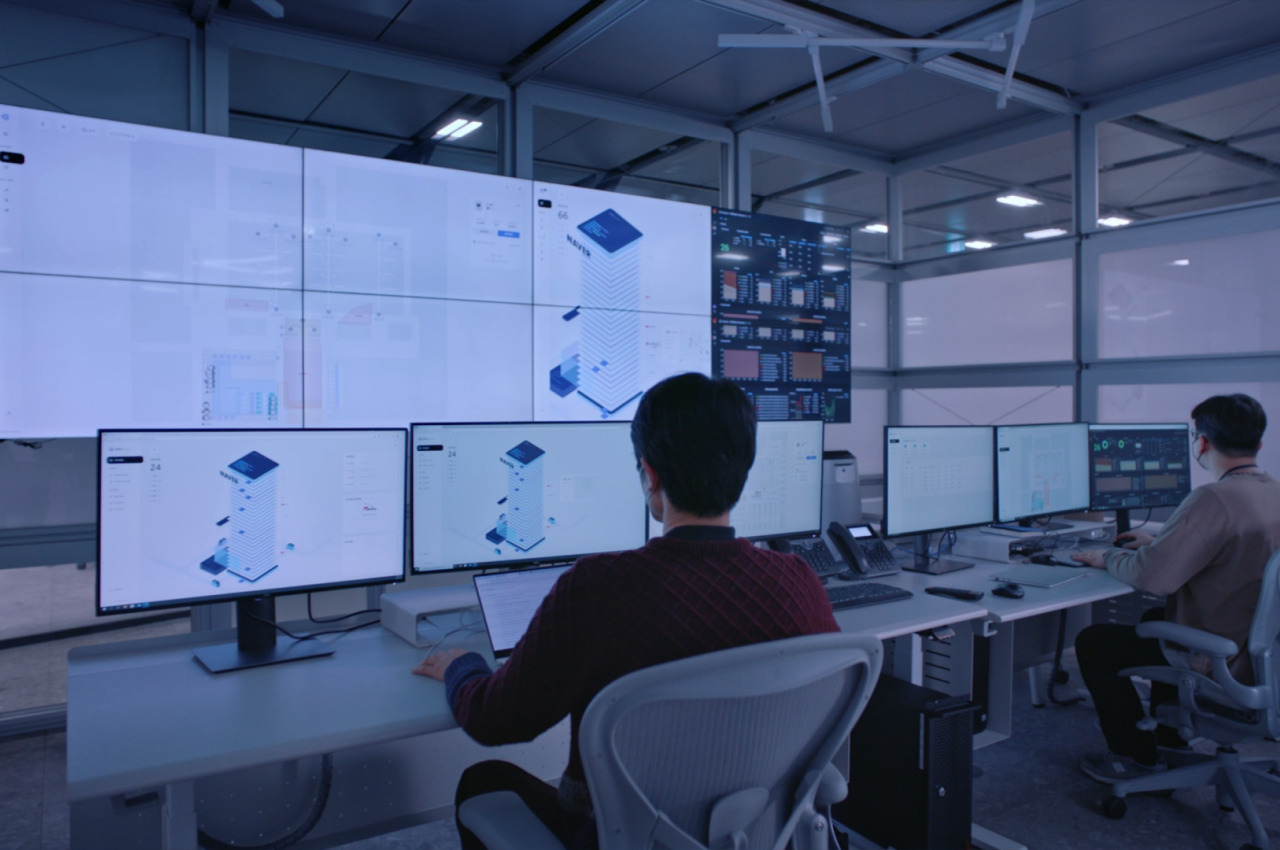 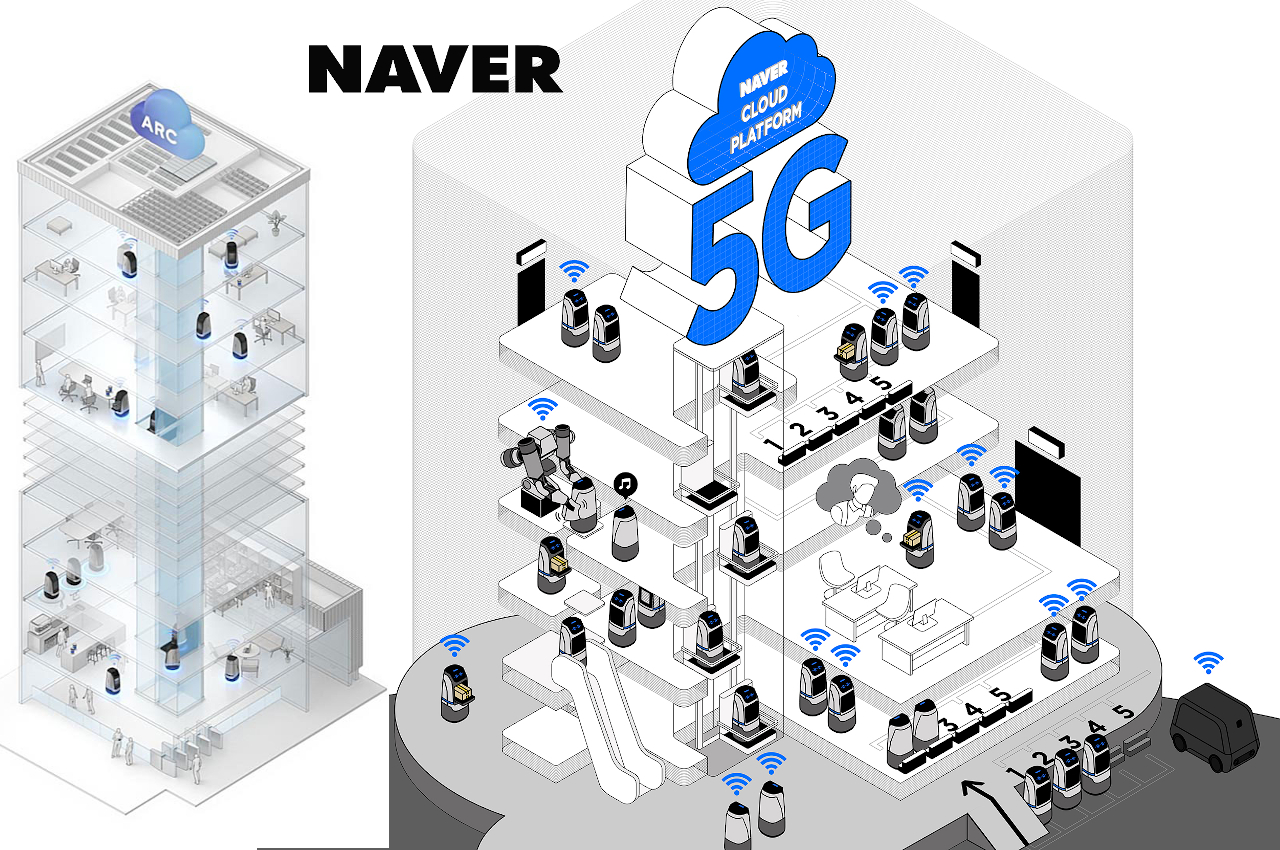 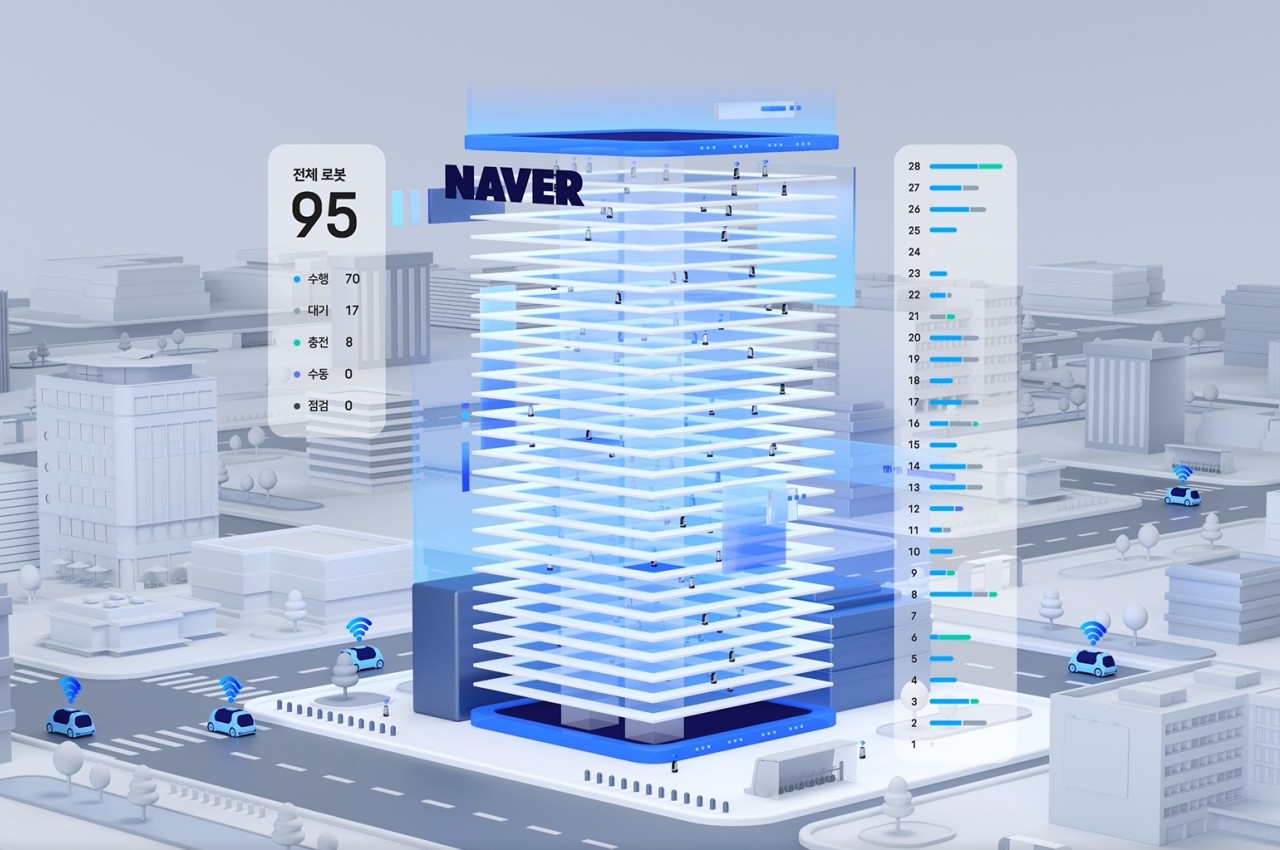 Rather than the cold overlords that our imaginations think them to be, these robots are designed and programmed to make life more convenient for humans inside the workplace. There are even character robots inspired by LINE’s mascots that try to study how the presence of more familiar places can help boost morale or offer emotional support for humans that may be a little stressed over work. 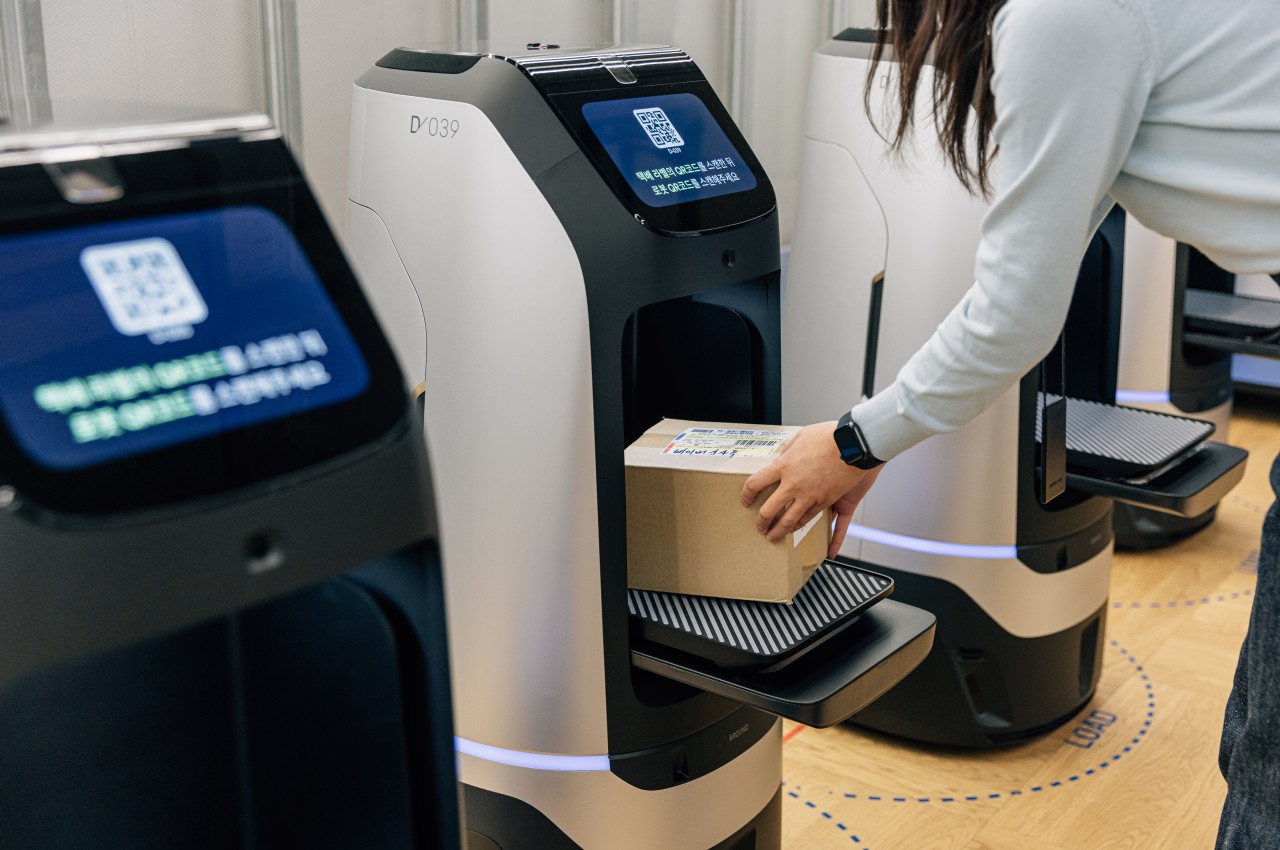 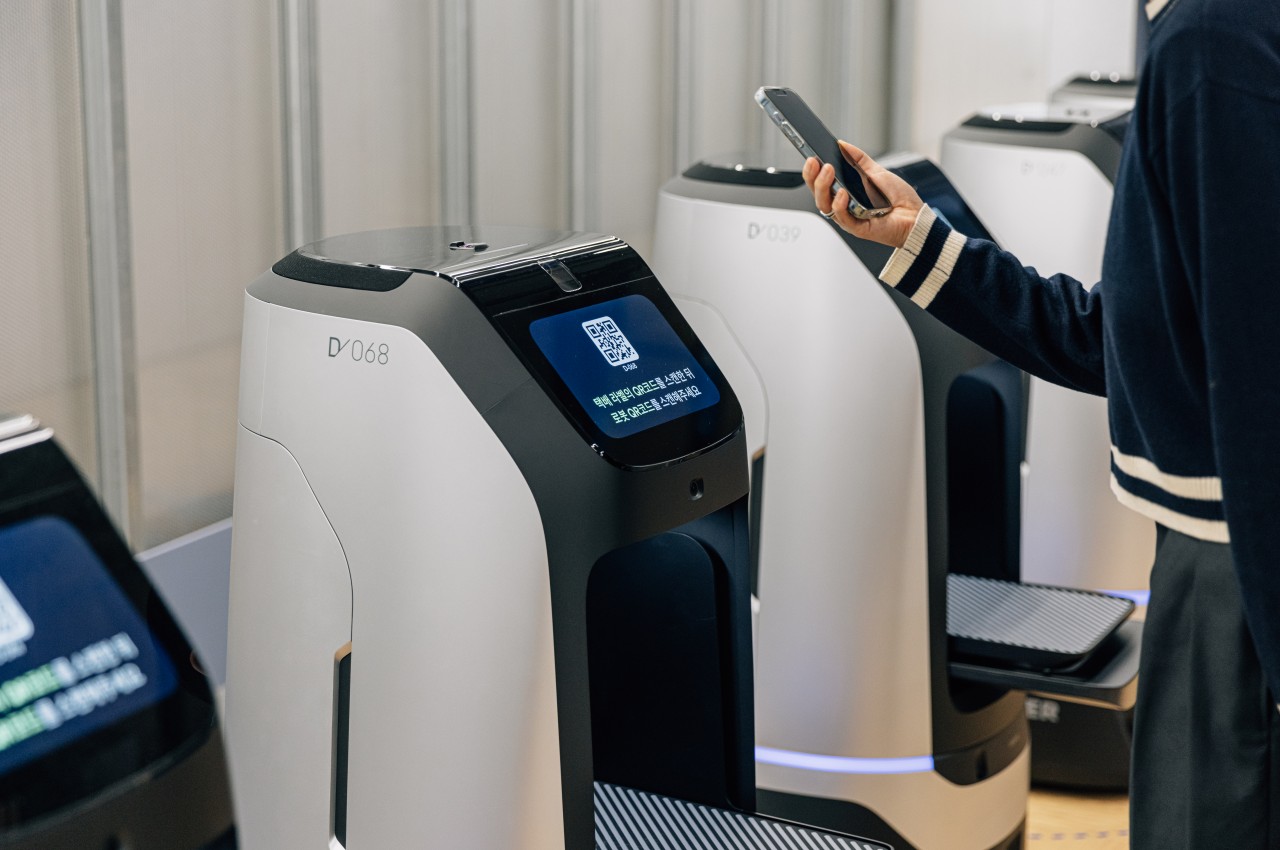 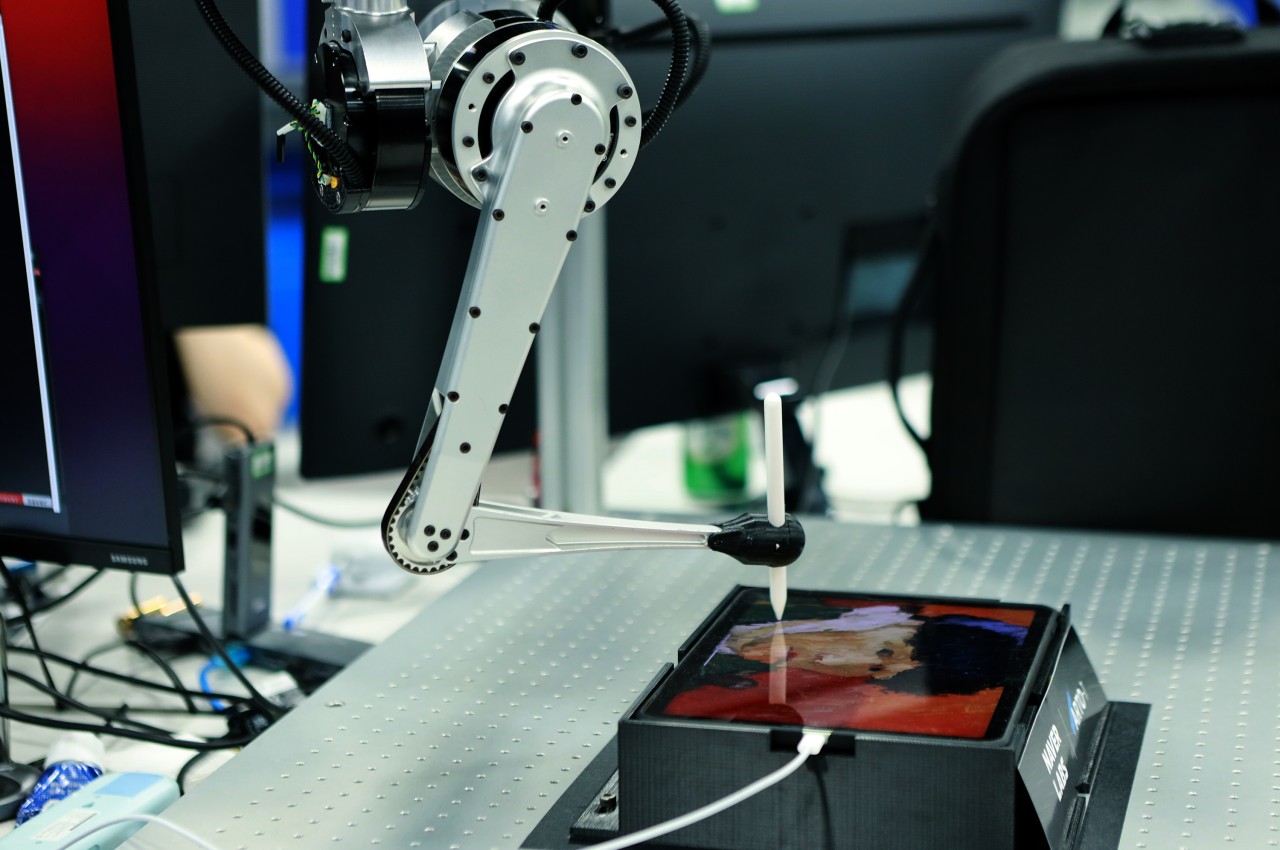 The Naver 1784 building isn’t just a convergence of technology due to being robot-friendly, though that’s definitely the highlight of its existence. Almost everywhere you go, you’ll find new and old technologies at work to improve the lives of people working inside, especially in a world forever changed by the recent pandemic. The Rookie delivery robots, for example, tries to reduce the risk of contamination by minimizing human contact when handing over packages. 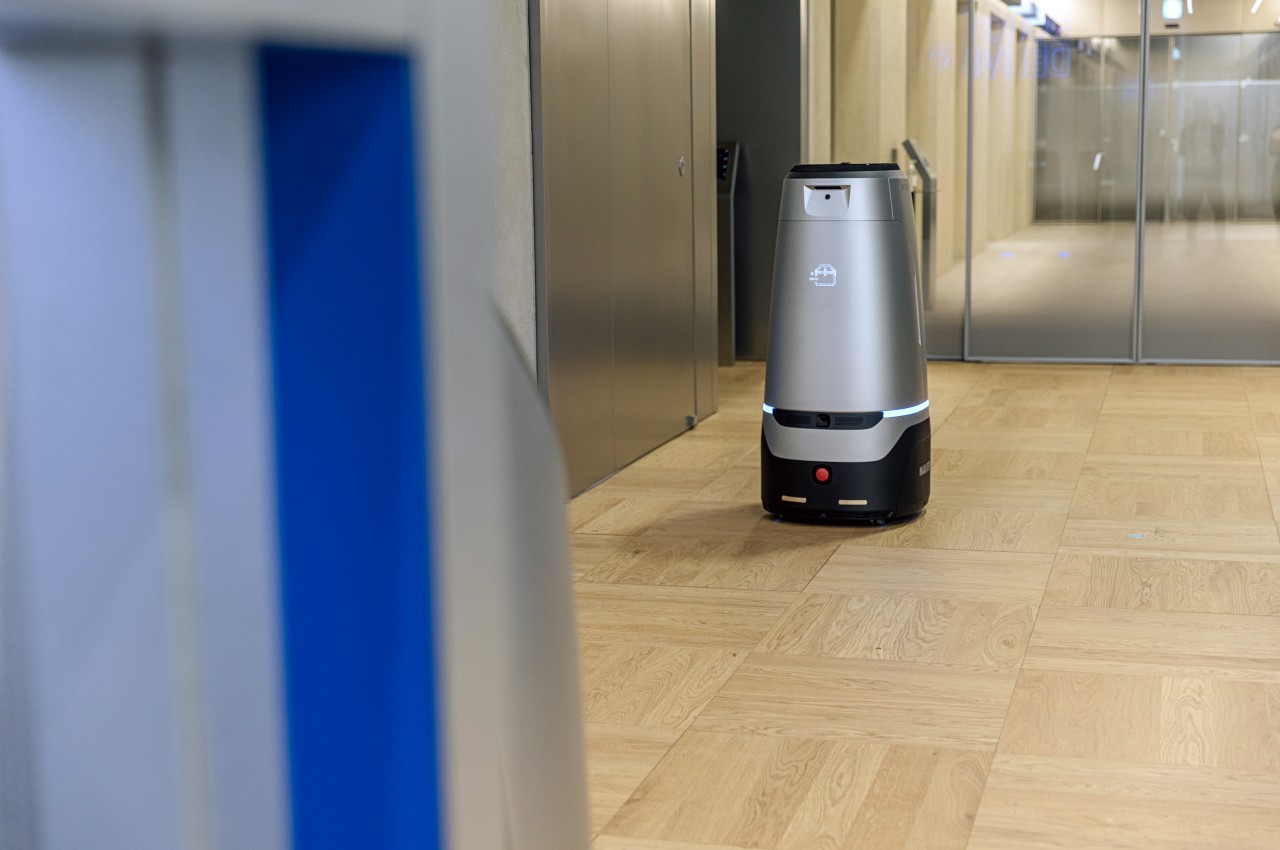 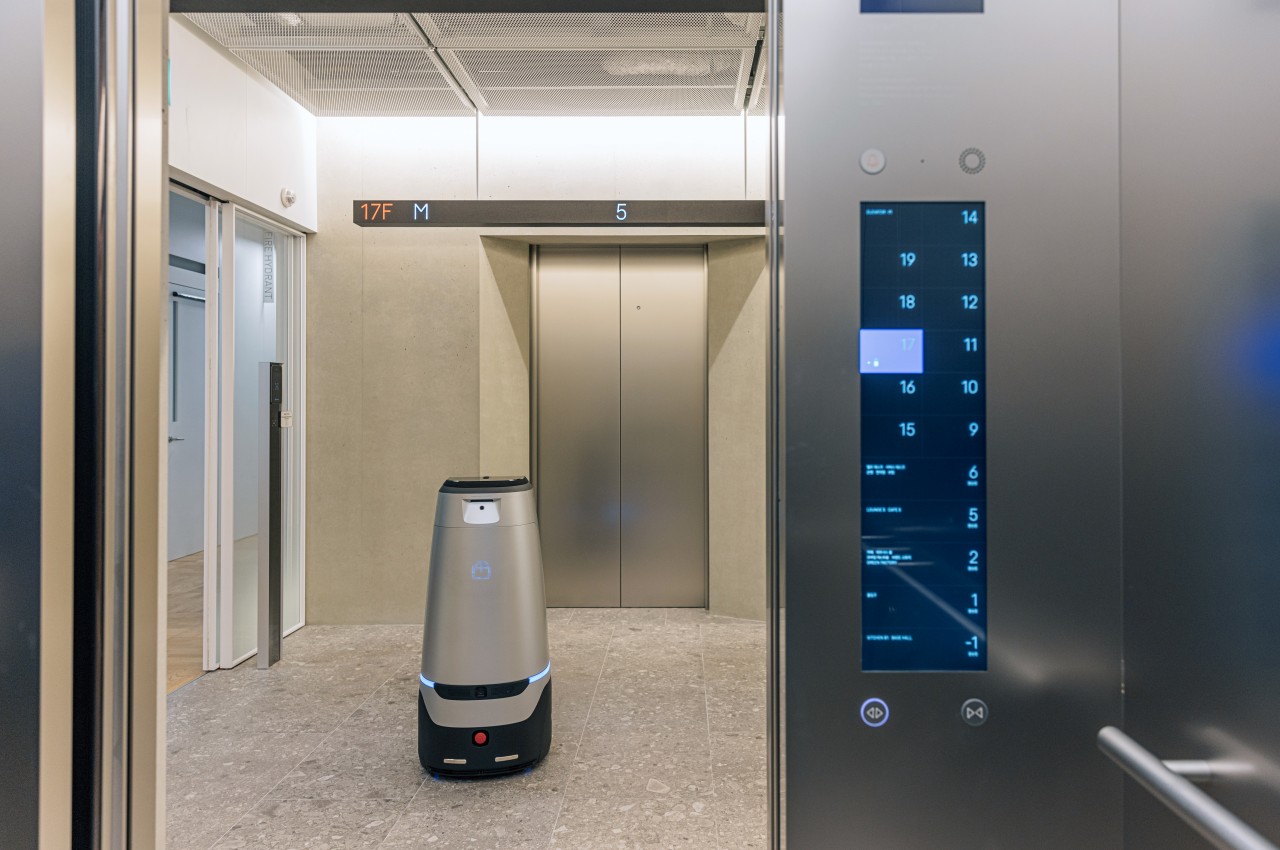 The building is also equipped with CLOVA FaceSign technology that can recognize faces even while wearing masks. This simplifies authentication without having to require employees to touch surfaces with IDs or tags. Meeting rooms also have built-in AI and voice recognition, so you no longer have to worry about separate recording devices that you may forget to turn on at the start of a meeting. 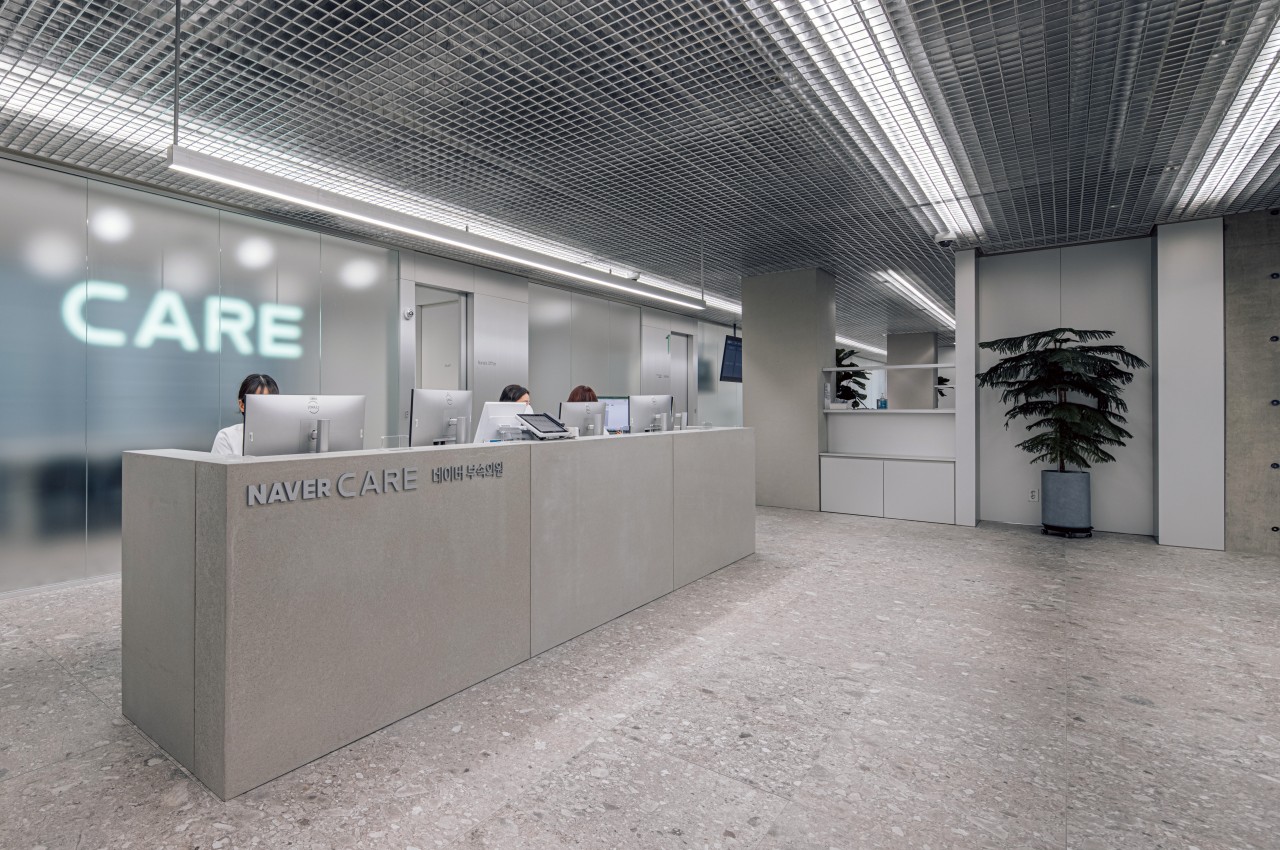 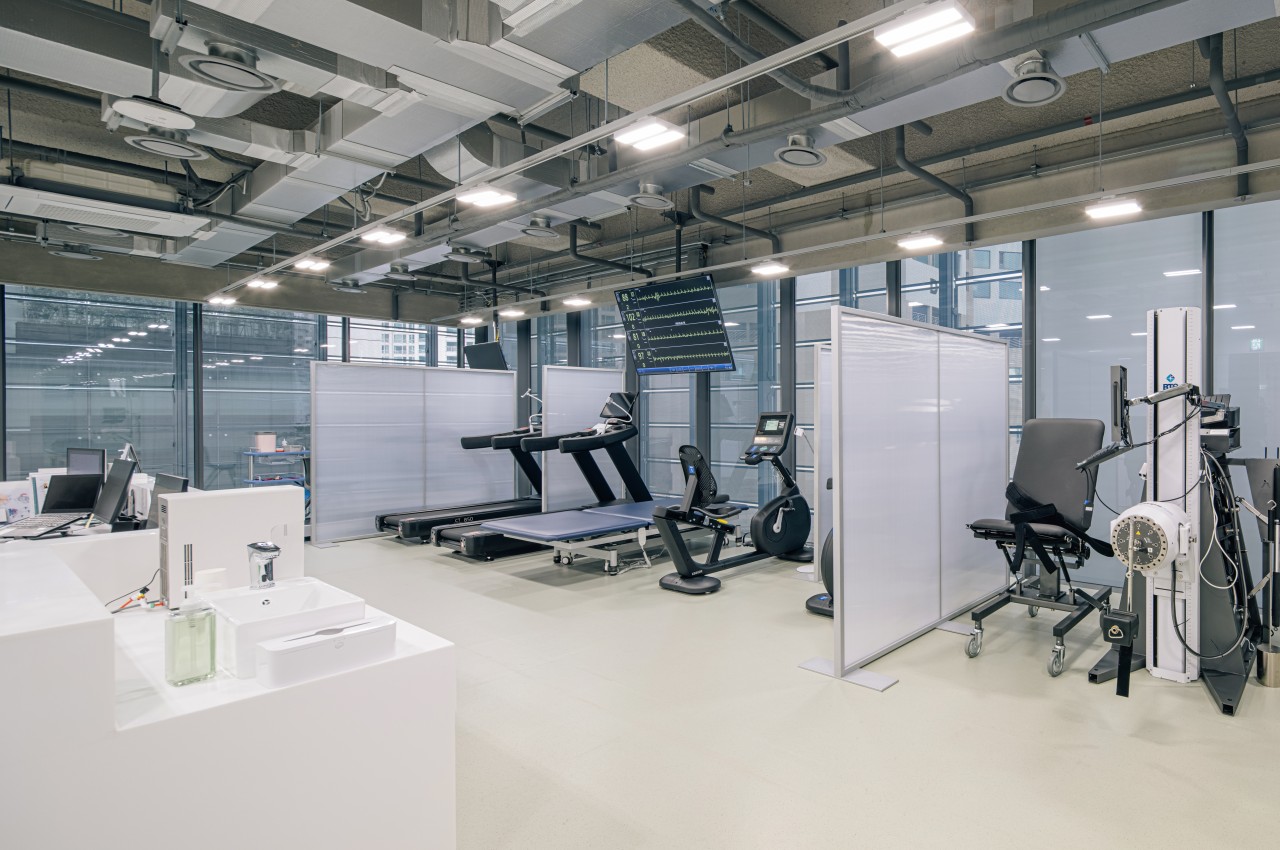 Although construction started back in 2016, Naver and SAMOO had the foresight to design an advanced HVAC system that would have a critical impact in a post-pandemic world. As with any closed space with a single air handling unit, the chances of circulating contaminated air go higher. The 1784 has an independent outdoor air handling unit on each floor to minimize that risk, promising a disease control system almost on the same level as hospitals. 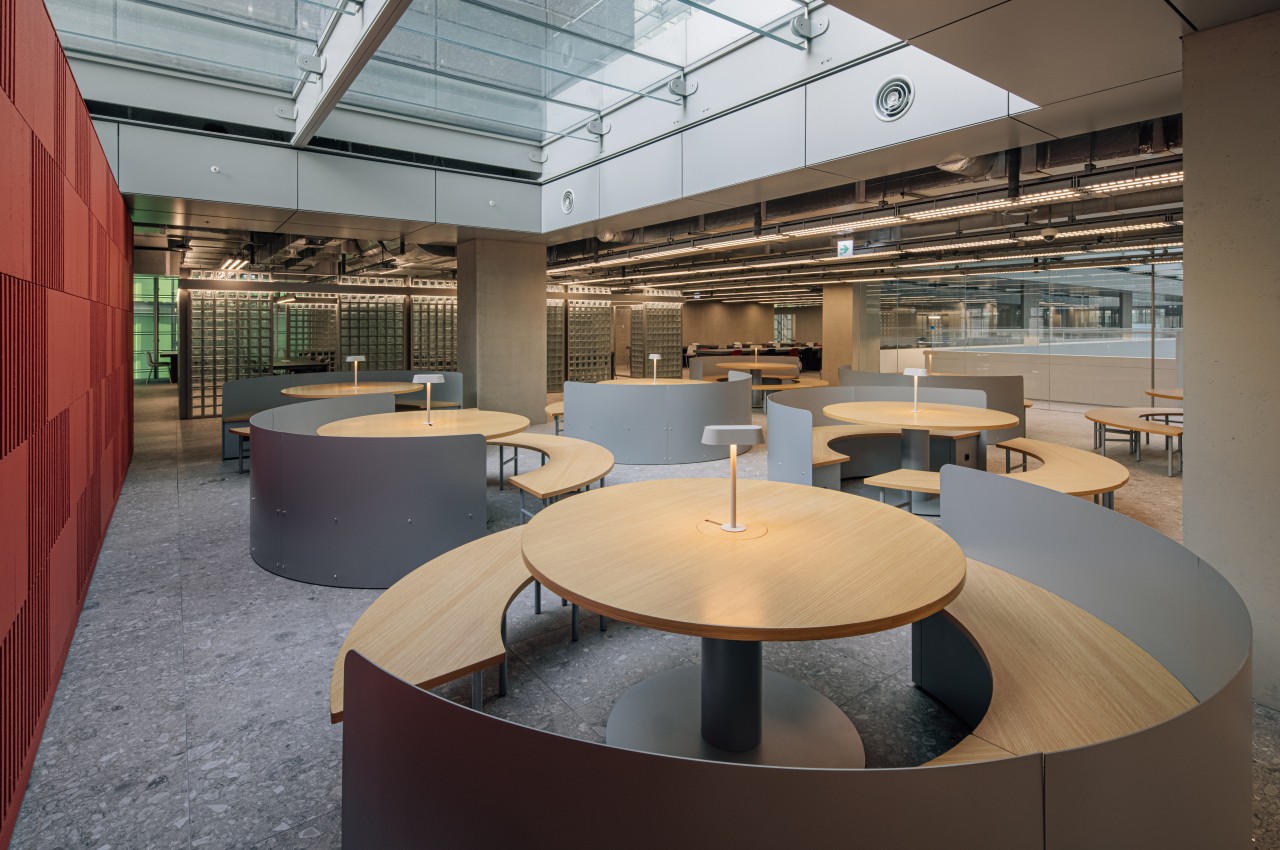 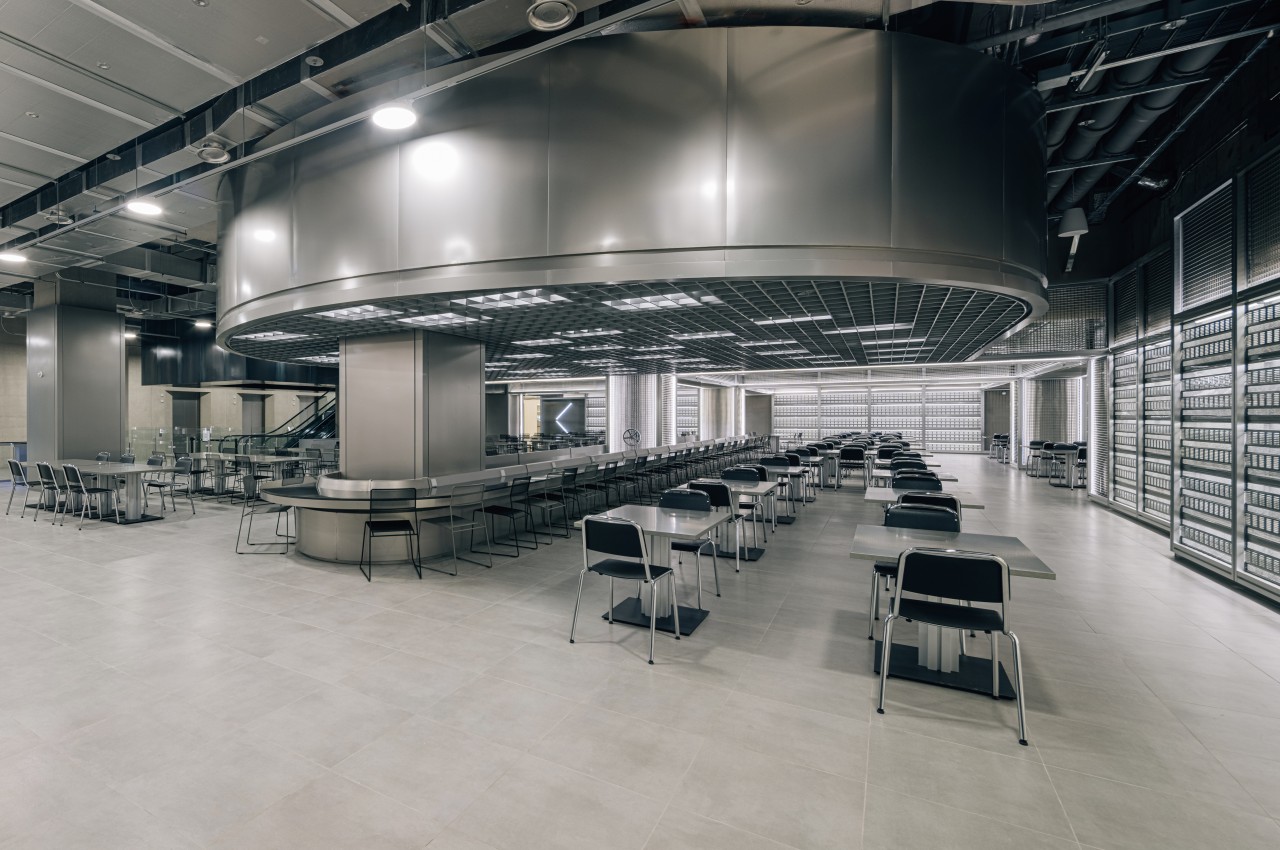 Naver’s newest building isn’t just forward-looking because of the advanced technologies operating inside but also because of its attention to sustainability. With a hi-tech office that uses plenty of robots and computers to run the place, you’d presume that it consumes more power and has a higher carbon emission. Normally that would be the case, but the 1784 also employs several technologies to reduce its negative impact on the environment that goes beyond using solar panels and recycling rainwater water. 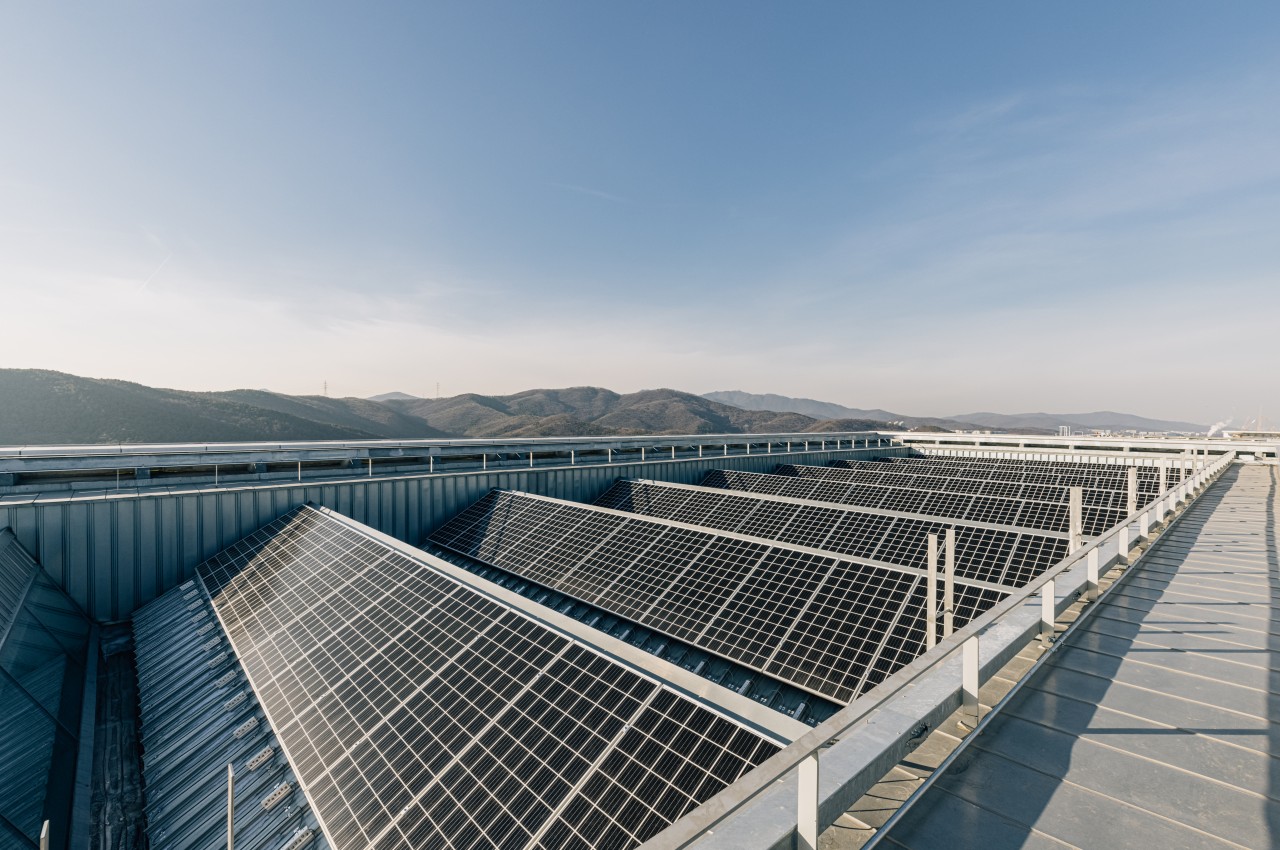 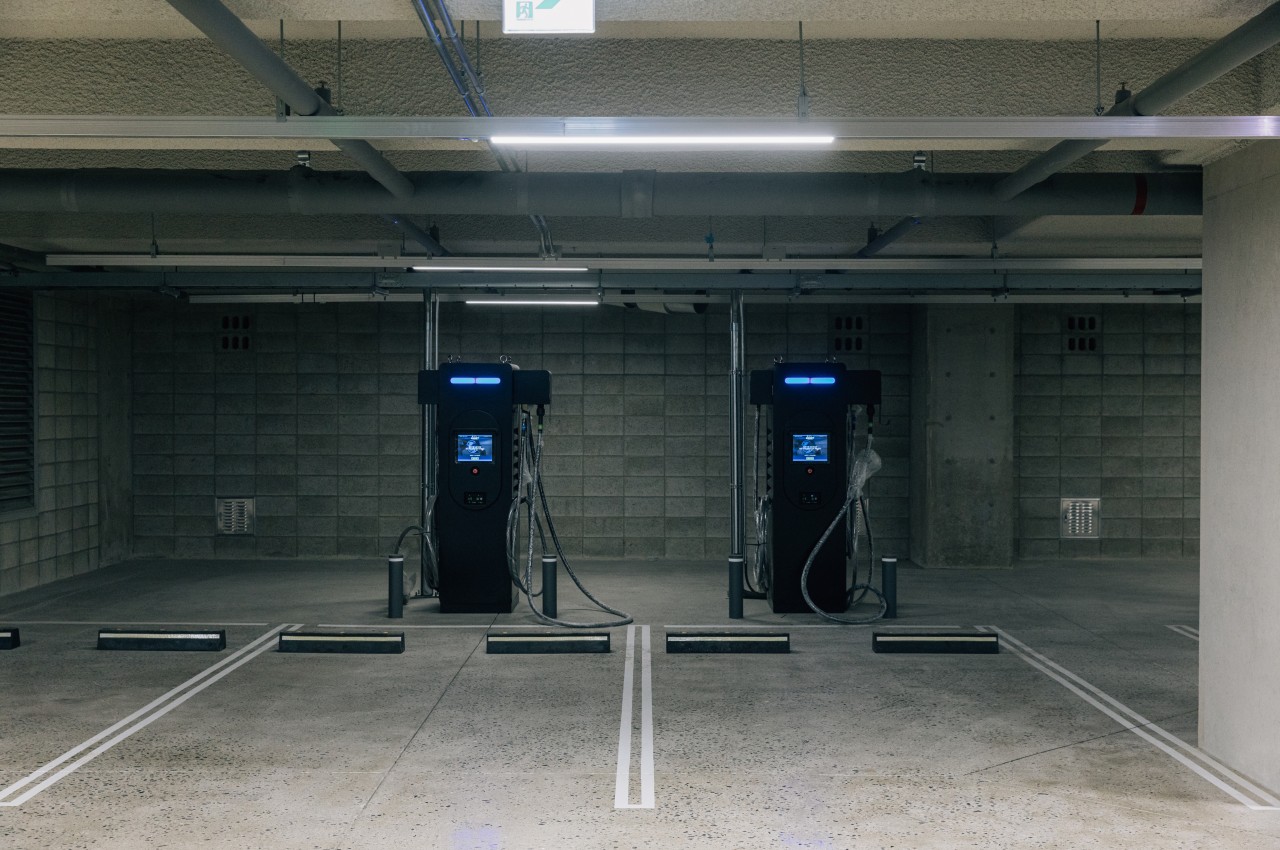 The building has a double skin wall, where a layer of glass windows is added to the outer wall. This creates a path for wind to flow and more effectively dissipate heat from sunlight. It is also the first high-rise building in the country to use radiant cooling, letting cold water flow through pipes inside floors and ceilings. All in all, these designs help cool the building without using more electricity. 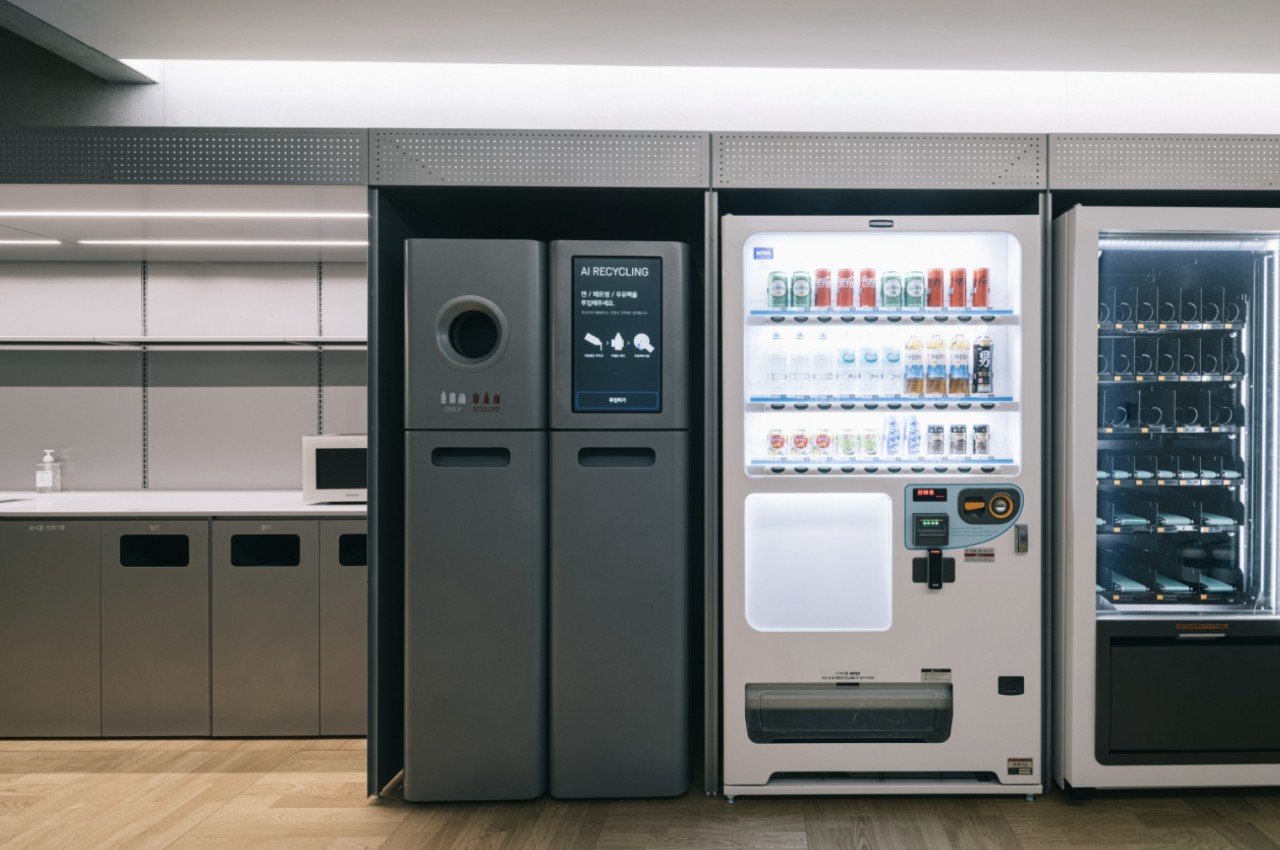 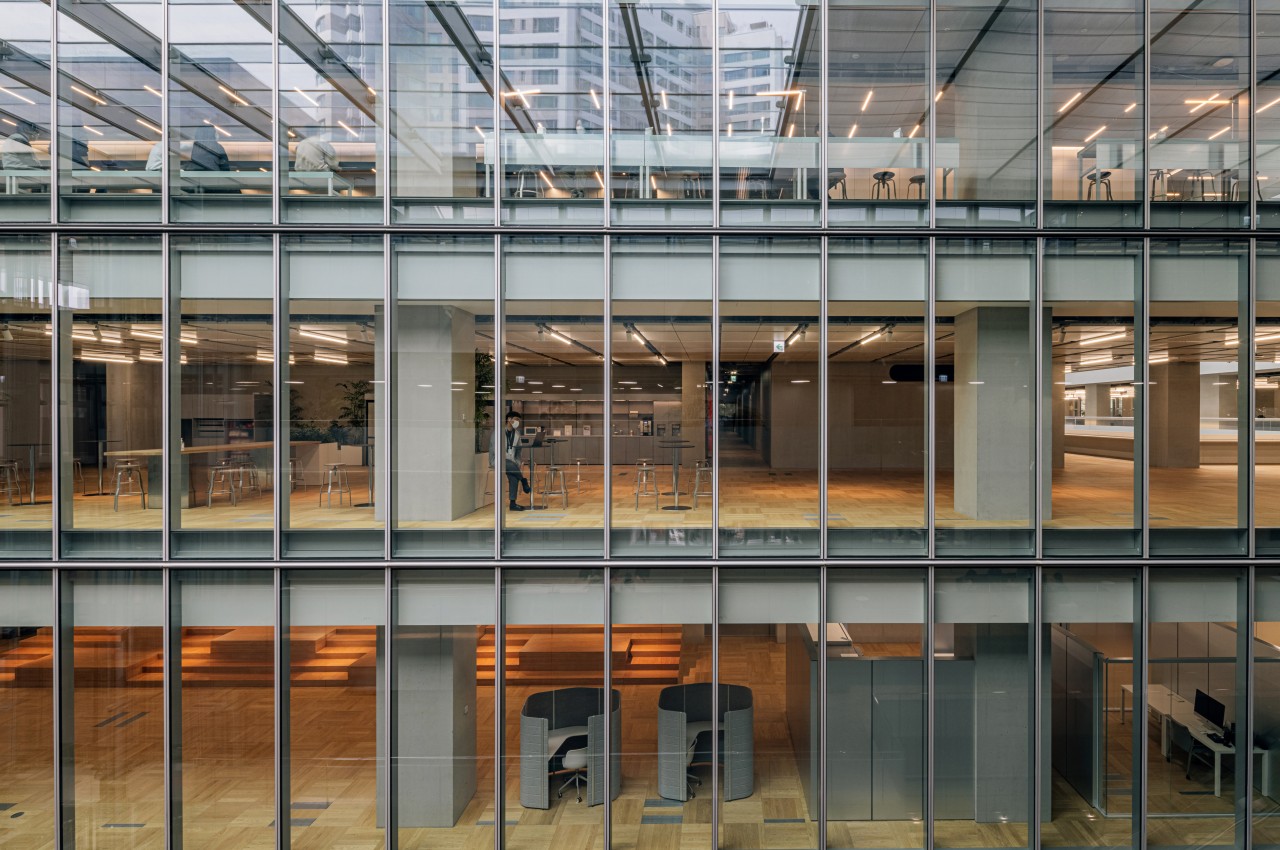 The COVID-19 pandemic has changed the face of work forever, making virtual meetings a staple in any business, big or small. At the same time, new sanitation practices are being implemented to avoid repeating the same mistakes of the pre-pandemic era. The Naver 1784 building takes these lessons to heart and uses a variety of technologies to create a conducive and healthy working environment. With robots, AI, and eco-friendly strategies, the building tries to show the way toward the human-centric, robot-friendly office of the future. 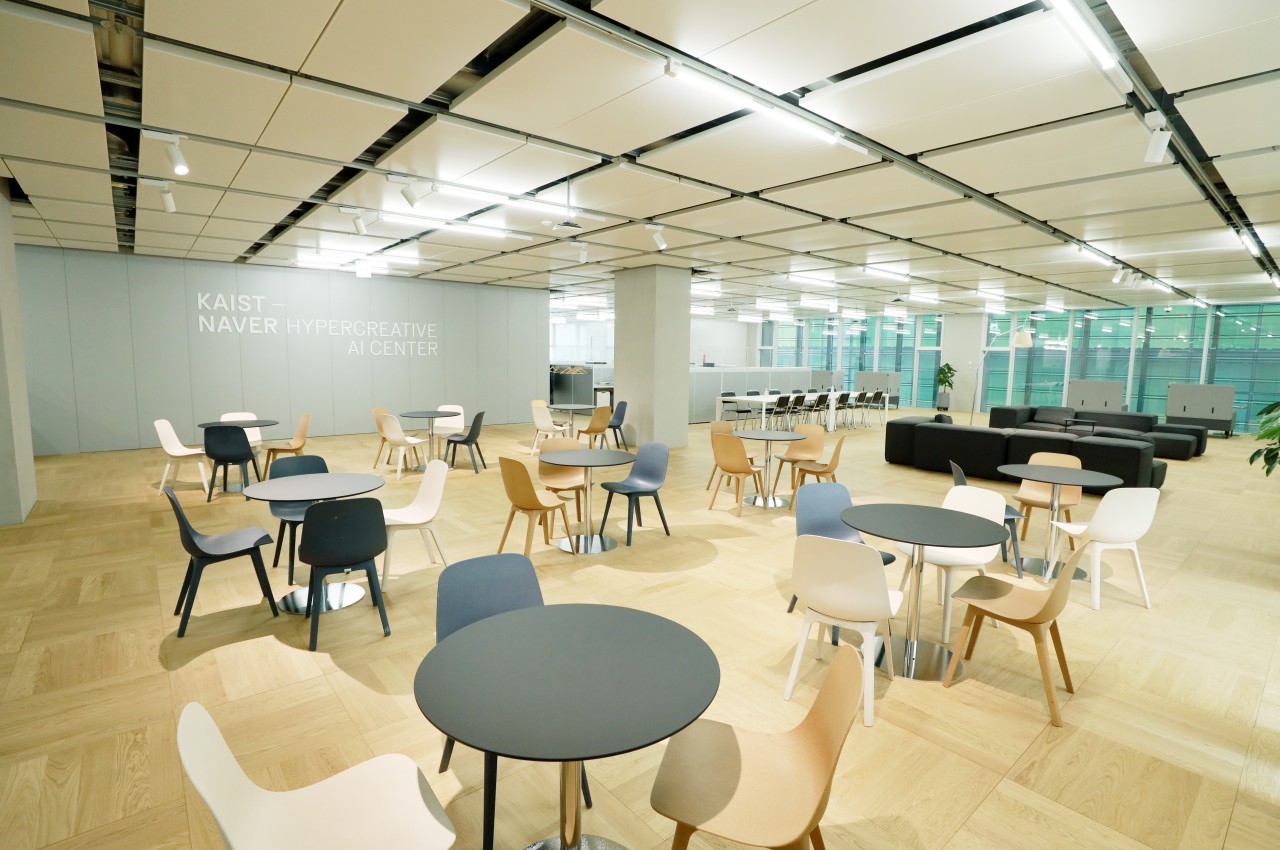 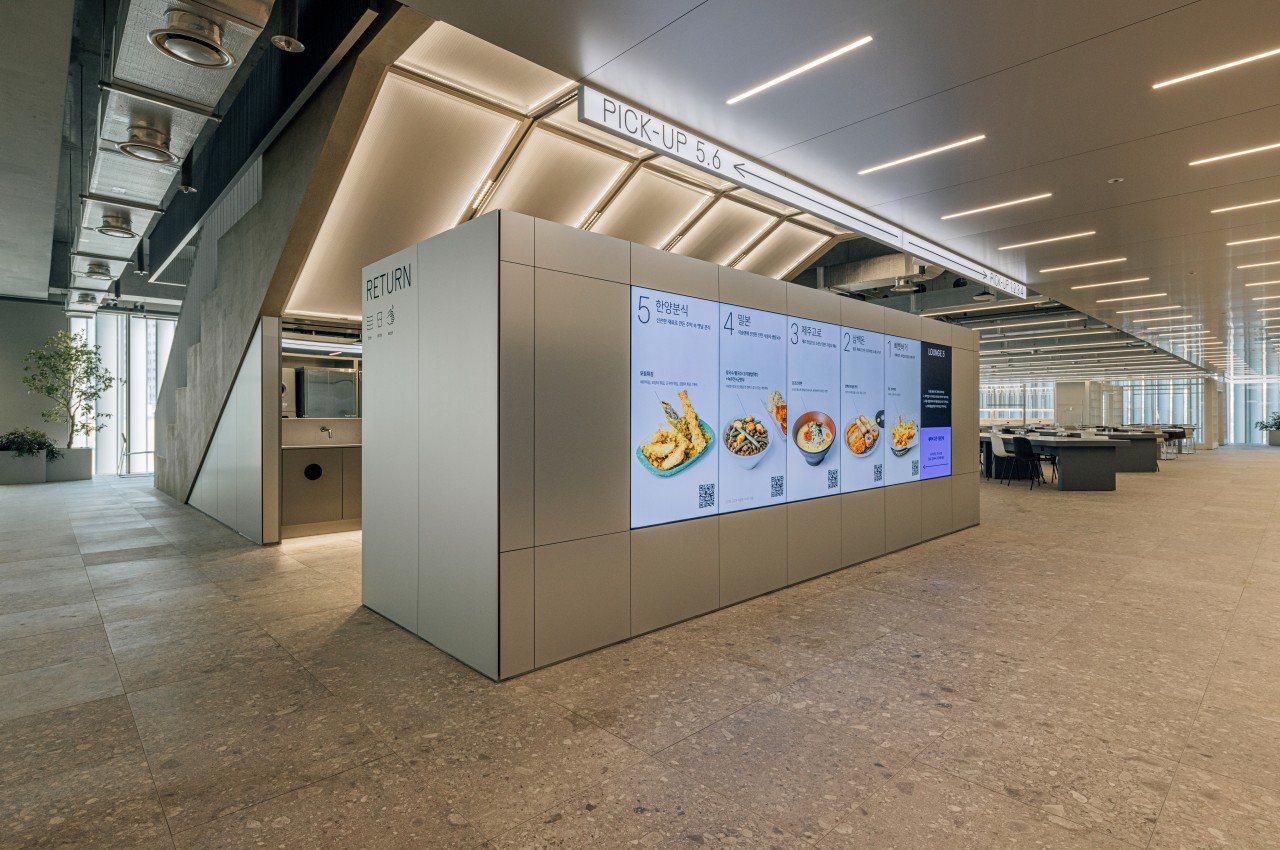 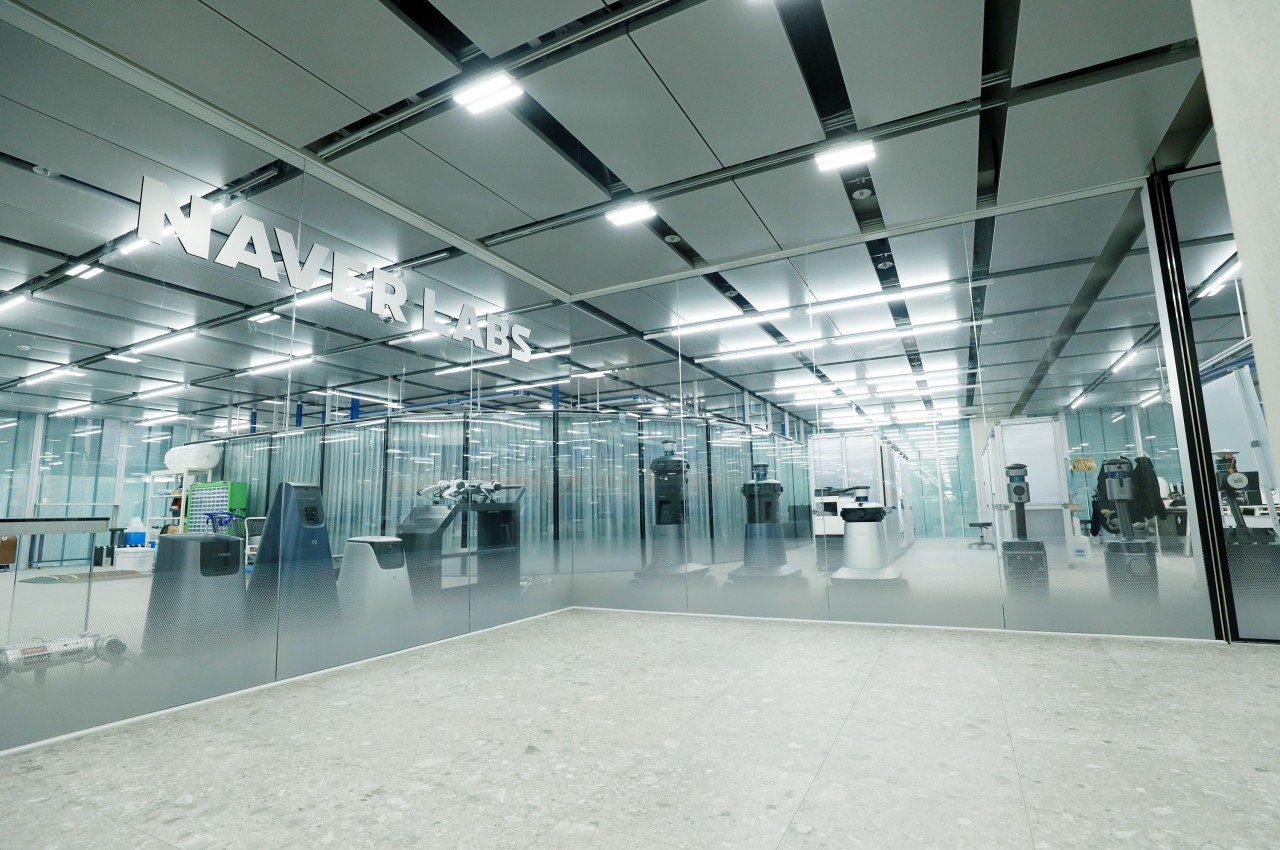 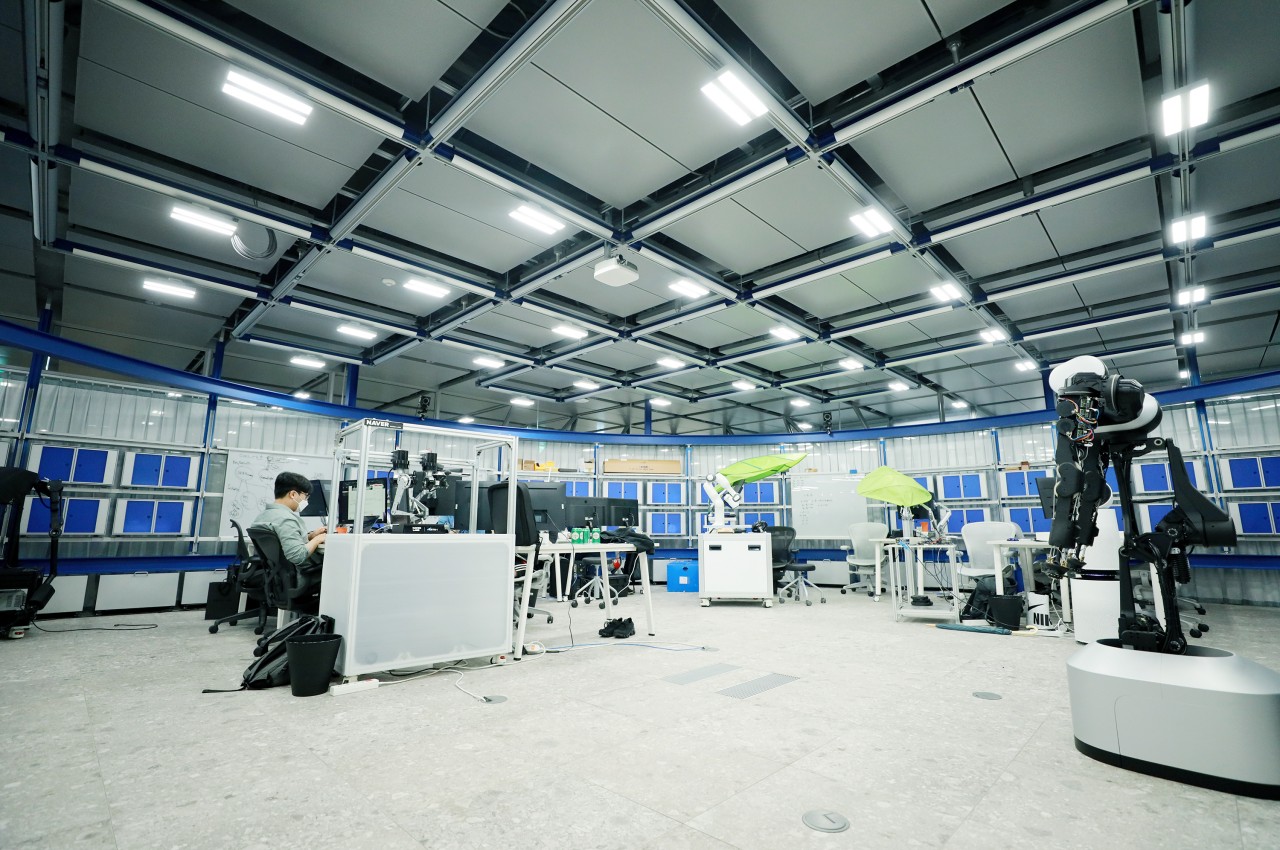 This Speaker Has Balls

Appropriately named “ATLAS” for the way you hold the orb in your hands, this modern speaker design connects man and music. Through touch and intimate…

Inspired by the easy navigation and use of a book, the book style remote control was created. It was designed to tackle the current problem…

After being cooped up indoors for so long, many people have already made or even executed their “revenge travel” plans. Of course, not everyone might…

Wauhaus is a 20sqm tiny cabin on stilts that was inspired by the build of treehouses. Even when we were little, we dreamed of escaping…