The year is 1999, the month, September. There’s panic at the NASA headquarters because they’ve just lost contact with their Mars Climate Orbiter. The orbiter entered the Martian atmosphere, but the thrusters fired too late, resulting in a crash with a loss estimated at $125 million. The problem? NASA was working in conjunction with England-based Lockheed Martin. Lockheed sent over navigational commands for the thrusters to NASA in imperial units (pounds of force), and NASA’s software inputted that information assuming it was in metric units (Newtons). Singlehandedly the biggest dimensioning unit related blunder, the Mars Climate Mission is an example of how frustrating it is working with different units across different systems that are prevalent in different countries.

Inventor Joanne Swisterski has had her share of problems too. Often working with clients across the world, she’s had to work with data that was sometimes imperial or metric, or even worse, not to scale (I sympathize too; a client sent me blueprints that he said were to scale, but he happened to click on the “fit to page” option while printing, resulting in a small yet significant difference in output, resulting in a loss of time, material, and eventually money).

Dimensioning is such a major part of what we designers do, and accuracy is everything as far as it’s concerned, so why are we still battling such primitive problems? This pushed Joanne to design the Smart Scale, a scale with a screen and the smarts to help resize, convert, and divide, allowing you to work with alien data, but a system that you’re more familiar with. The Smart Scale works in three ways making your life as a designer, architect, engineer, or plotter INFINITELY easier while working with measuring units that you may be unfamiliar with, or may be of a different scale.

Designed to look just like the triangular scales we’ve worked with in the past, the Smart Scale comes with a slender, horizontal screen where you’d see the measurements, and a row of buttons on top. Switch it on, and its 12-inch e-ink display powers up showing you a scale in a measuring unit of your choice. Cycling between inches and millimeters is as easy as pushing a button… however, here’s where things get better. The Smart Scale allows you to create a custom scale depending on what you’re measuring. If you’re working with a scaled down set of prints, the Smart Scale allows you to input one reference measurement using a slider on the back, and it creates a brand new scale using that reference, allowing you to measure scaled up or scaled down models in their native unit without having to sit with a calculator, multiplying or dividing away to get accurate data. A simple convert button allows you to cycle between imperial and metric measurements, depending on a system you use, or your client uses, allowing you to collaborate with countries with varying national standards without having your own version of the Mars Climate Orbiter crisis. A third and rather interesting function is its ability to work as a divider. The slider on the back allows you to measure a given area, then simply use the keypad to choose how many divisions you want it in and the screen divides the given length into the inputted amount of divisions… while always presenting you with the data you need on the left-hand side of the screen, telling you exactly what unit you’re measuring in, etc.

The Smart Scale notices a problem we’ve never really worked on solving effectively. Looking and behaving exactly like the scales we’ve used in the past, it’s the equivalent of a digital vernier, albeit much smarter and definitely more useful. The screen on the Smart Scale comes with a beautiful contrast, and a high resolution making it accurate and legible, while its aluminum body keeps things classy and protects the electronics inside. The Smart Scale comes with a MicroUSB port for easy charging and an incredibly long battery life, given the e-ink display’s minimal energy footprint.

Speaking from personal experience, the Smart Scale is probably the most innovative step we’ve taken in the recent past in making sure our tools for problem-solving ‘don’t have any problems themselves’. The Smart Scale saves time, energy, material, and eventually money too, making work for designers, engineers, and architects much more efficient, whether you’re working across borders, or with someone who’s used to a different unit system than you. An absolute must-have for everyone who uses linear measurements in their day-to-day lives, the Smart Scale eliminates chances of human error, making you as a professional much more effective, efficient, and valuable! 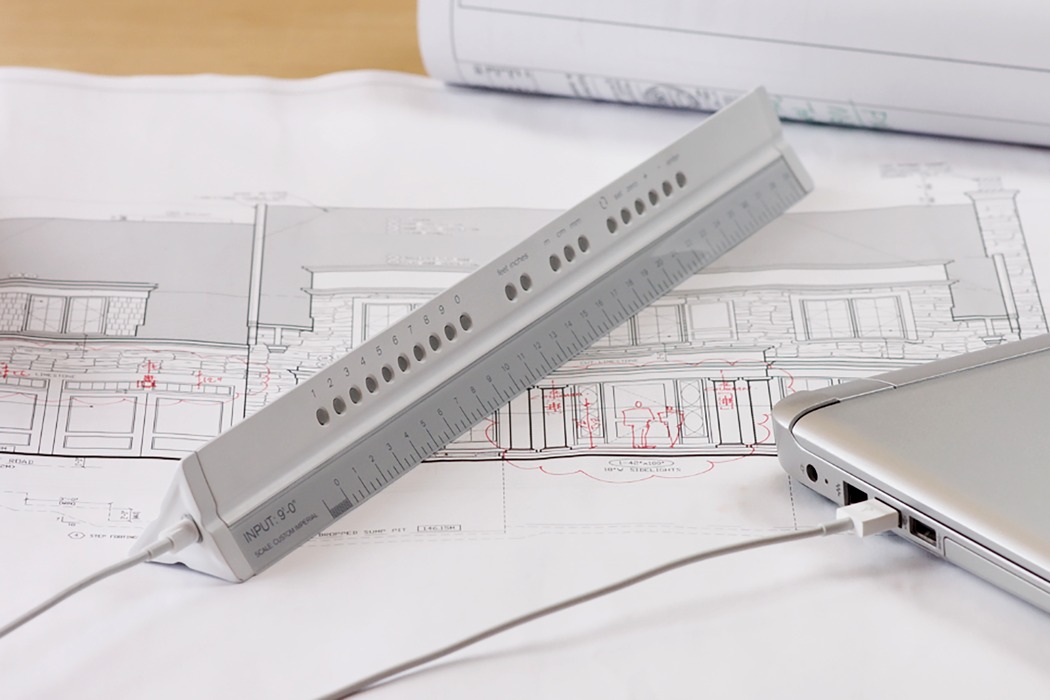 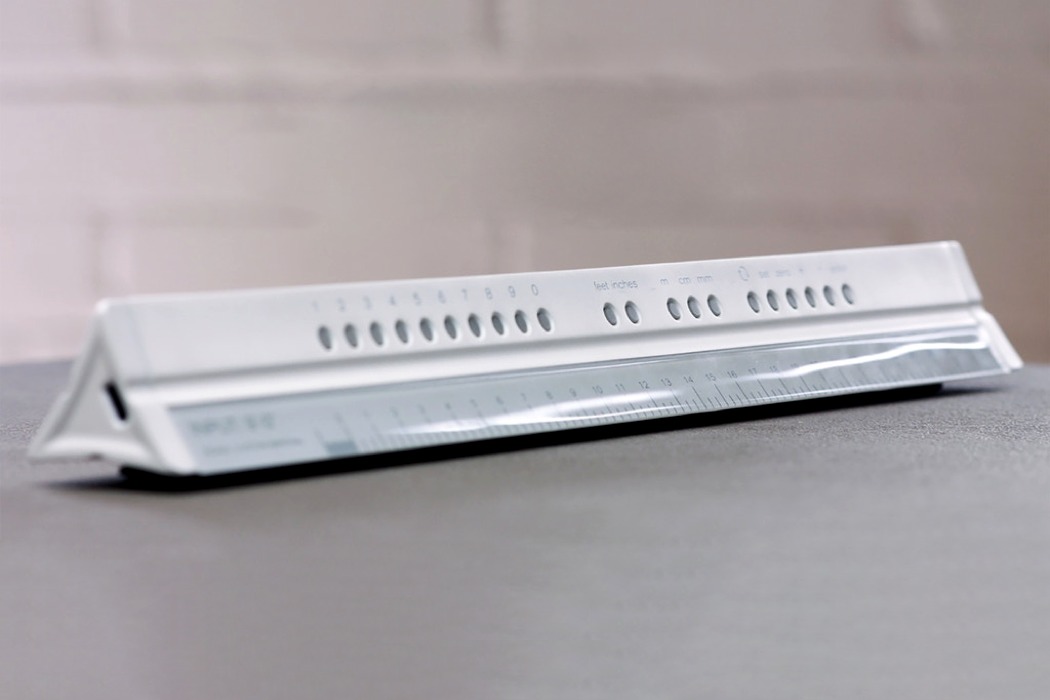 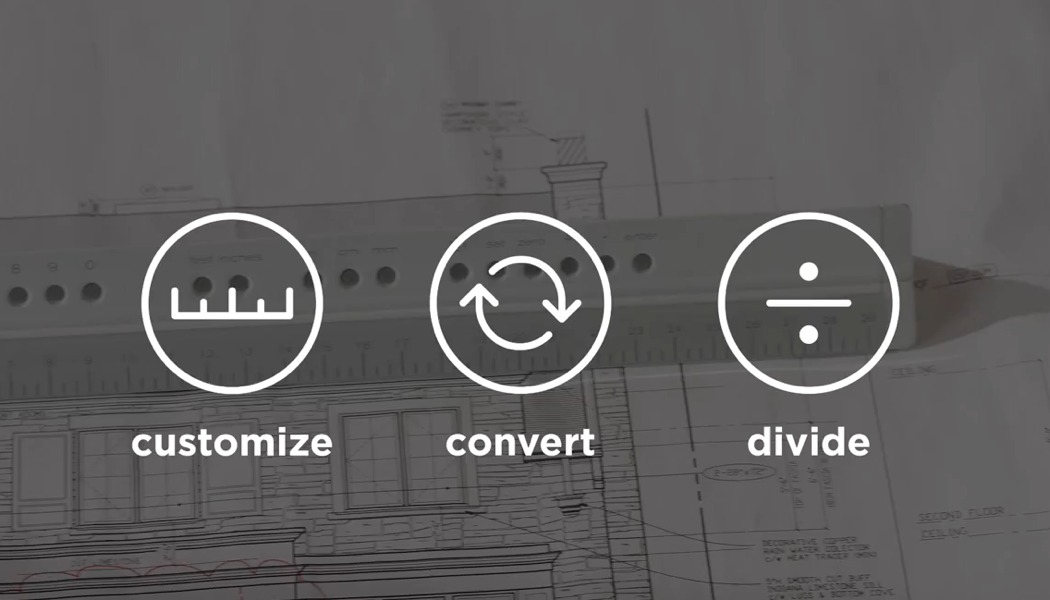 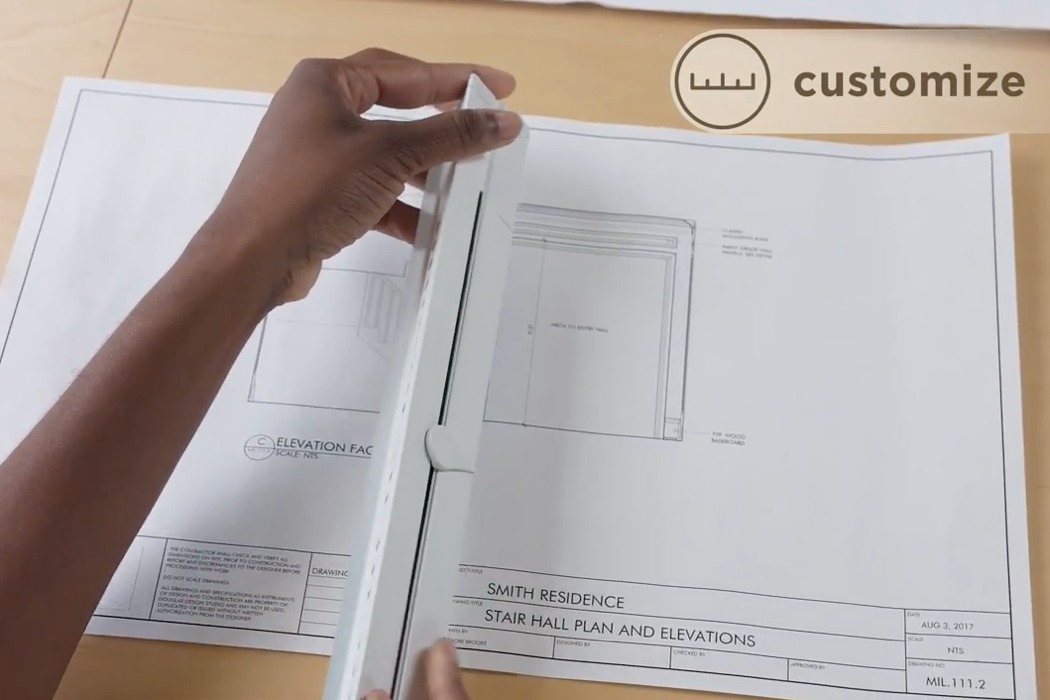 This function allows you to take a drawing that was printed out of scale and measure it as though it was perfectly to scale. This is made possible by using the sliding pointer. Line up the start of a known dimension (point A) with the fixed pointer. Move the slider to the end of the dimension (point B). Input the distance it represents, your desired units and hit enter. The screen will regenerate itself to the new custom scale. 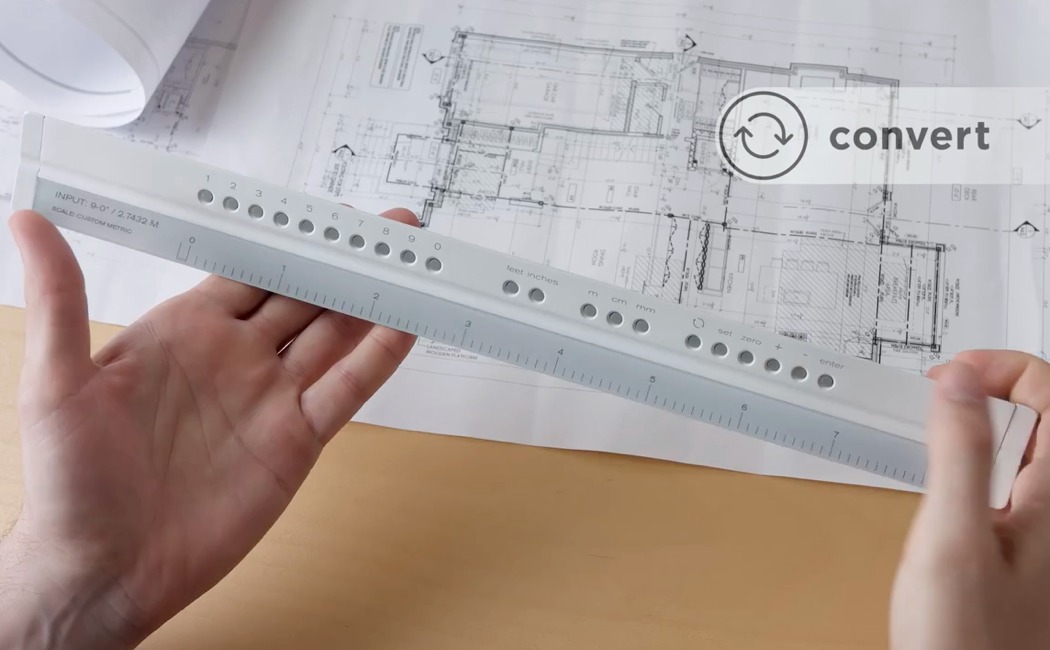 This function allows you to convert the screen between metric and imperial. For example, if you’ve received a drawing in imperial, and you’re more comfortable with metric, tap the convert button and the long screen regenerates to the metric version of whatever was on the screen previously, or vice versa. 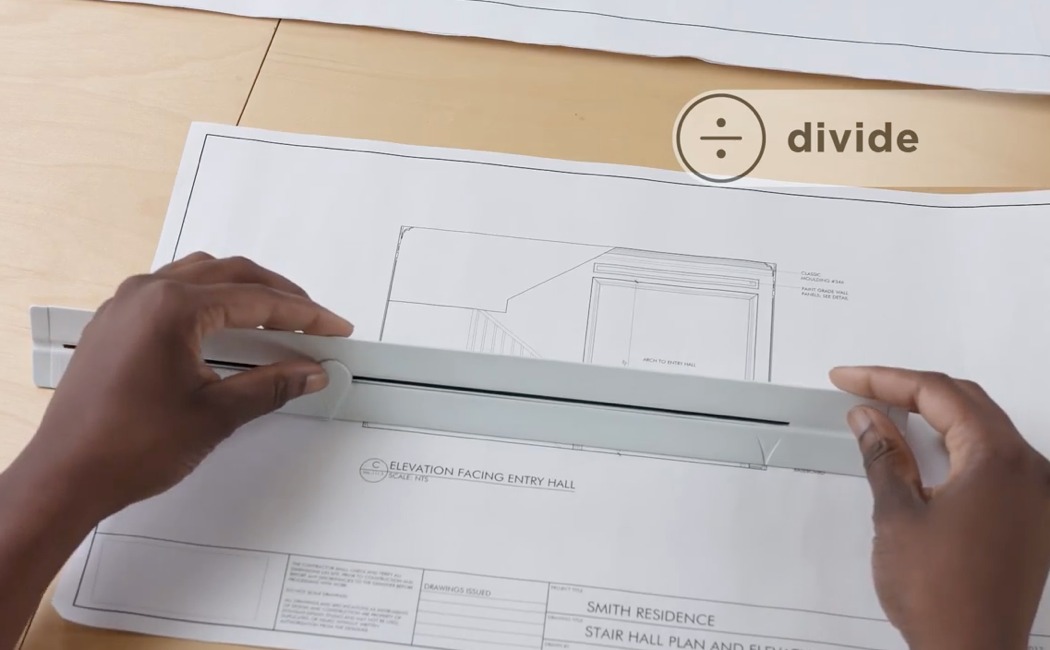 This function is applicable when you need to divide a space into a number of equal sections. For example, if you have to make 4 equally spaced lines on a drawing, instead of working out the math separately you simply follow the same steps as the with the custom scale section above. Move the sliding pointer across the distance that requires dividing. Input 4 on the number pad and the ruler will display 4 equally spaced notches on the screen.

The Alchemist Matter kit teaches you how to create DIY matter through physicochemical phenomena. Mind blown? In a nutshell… it’s a cleverly designed for kids, teaching…

This alarm clock mimic’s the sun’s placement in the sky so you can always wake up energized!

It’s not for everyone, but there’s nothing like waking up with the sun. Since getting out of bed with the sunrise is seen by some as…

Light fixtures have the potential to give your room the accent piece needed to completely open it up with just the right amount of warm, soft…

For The Love Of Coffee

I think I’ve confessed one too many times that tho I’m a coffee addict, I just can’t spend too much time nurturing it. There are actually…