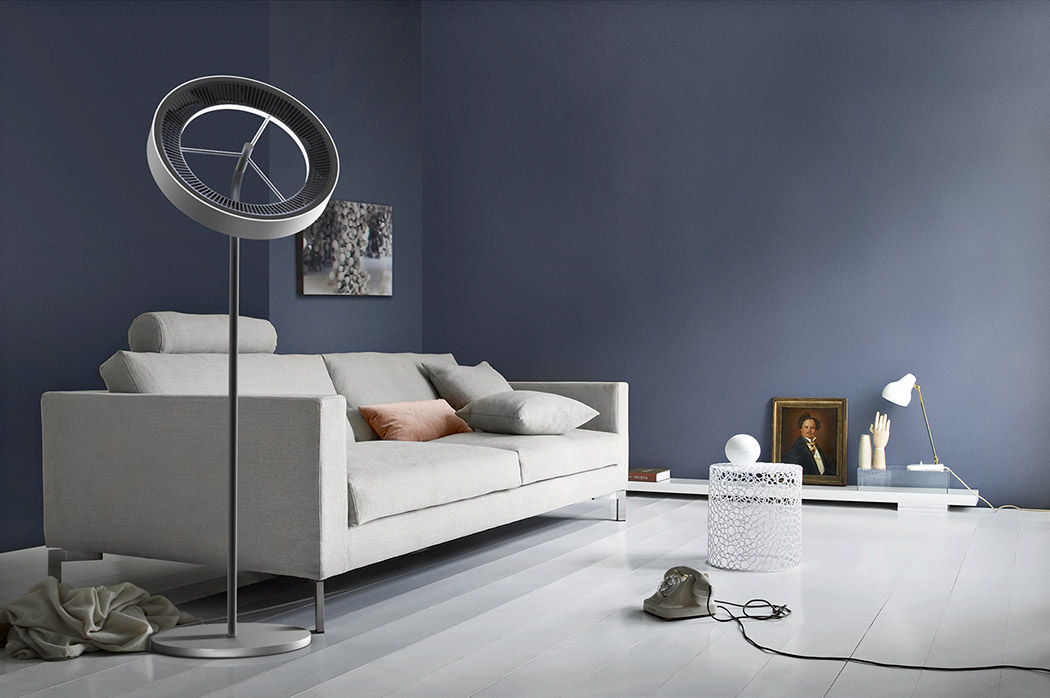 Ceiling fans do a great job of circulating cool air during the summer and moving hot air that has risen during the winter. However, they’re not practical in compact spaces with low ceilings and… well… they’re just plain ugly. Torus was designed with this two factors in mind and brings the same fan circulating functionality to places where a ceiling fan won’t fit logistically or aesthetically!

The blade-less design sits high with its circulating unit placed at the very top where it can either circulate cool air below or move hot air above. To do this, the multidirectional fan is capable of spinning both ways. As a bonus, it features integrated LED lights making it double as a floor lamp! 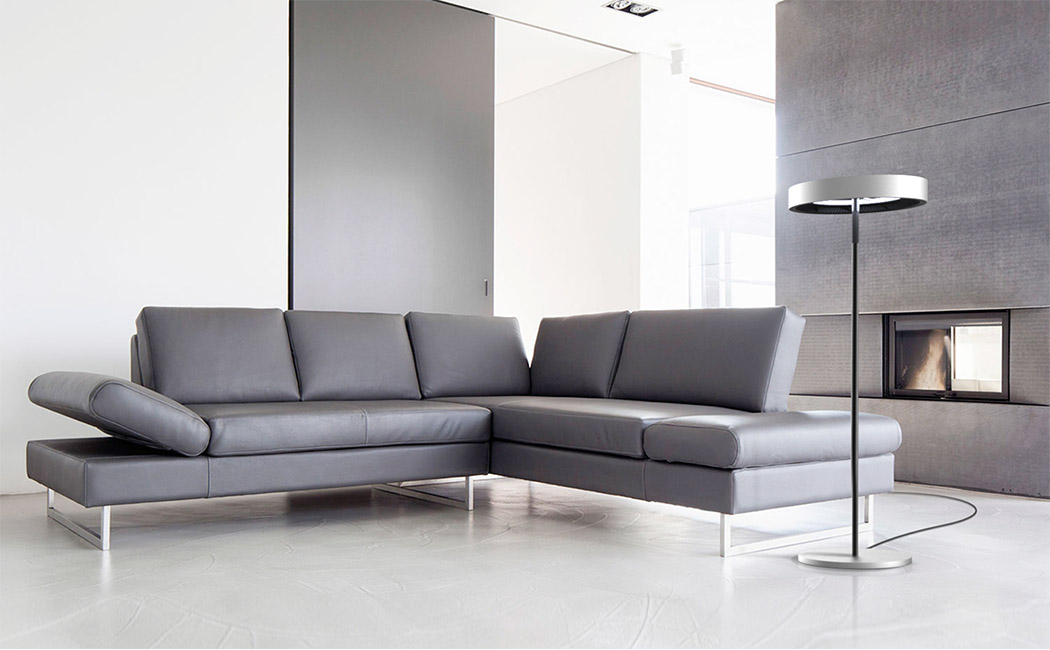 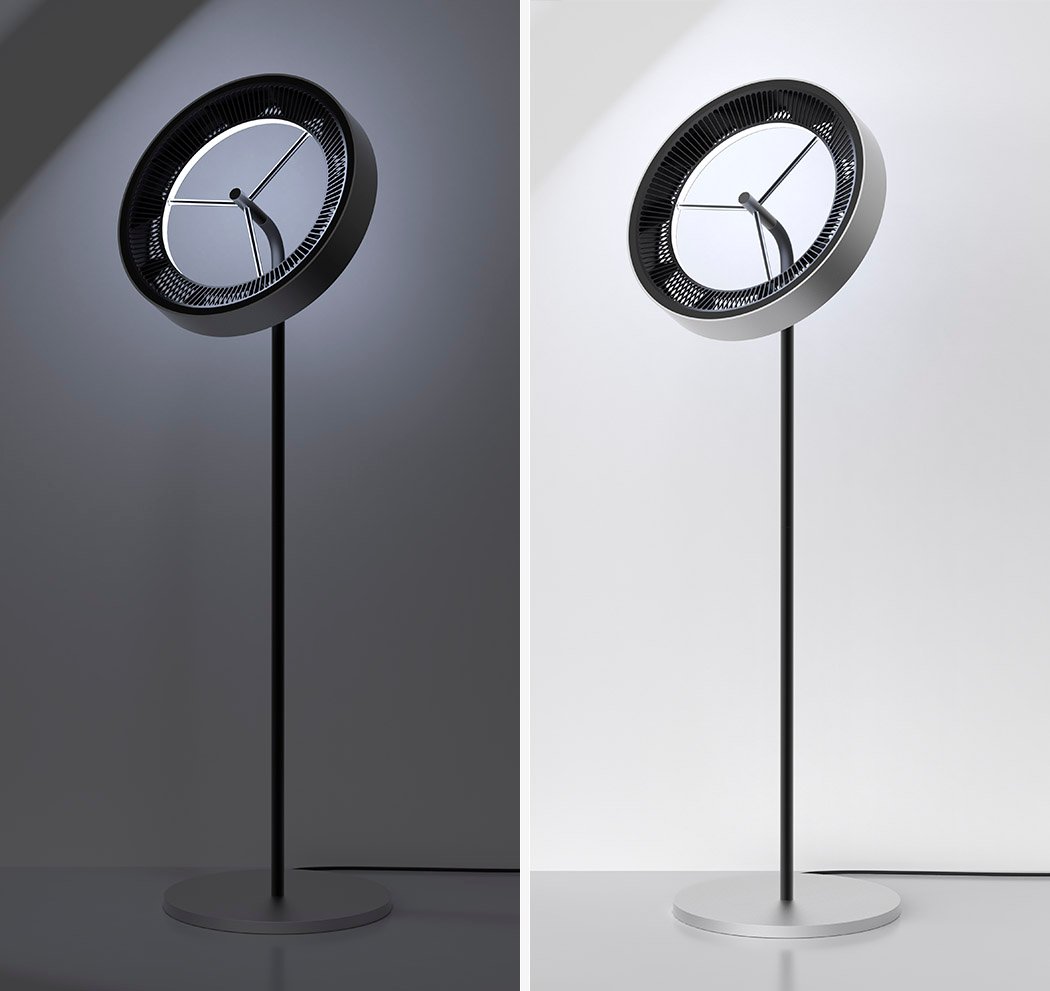 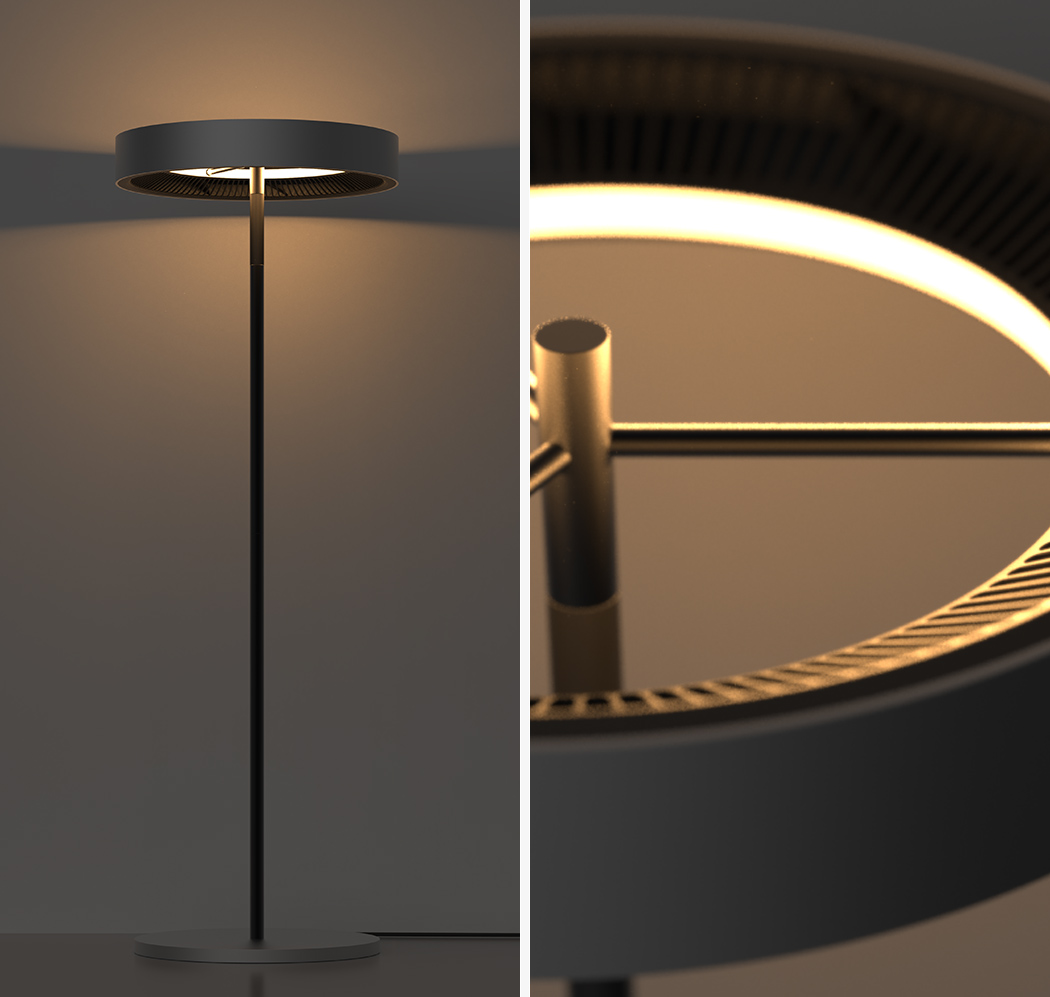 “The hubless design is the most distinctive feature with other general electric fans. It runs on electromagnetic rails, which explains the lack of a central motor,” Designer Byeongjun Kim told YD. 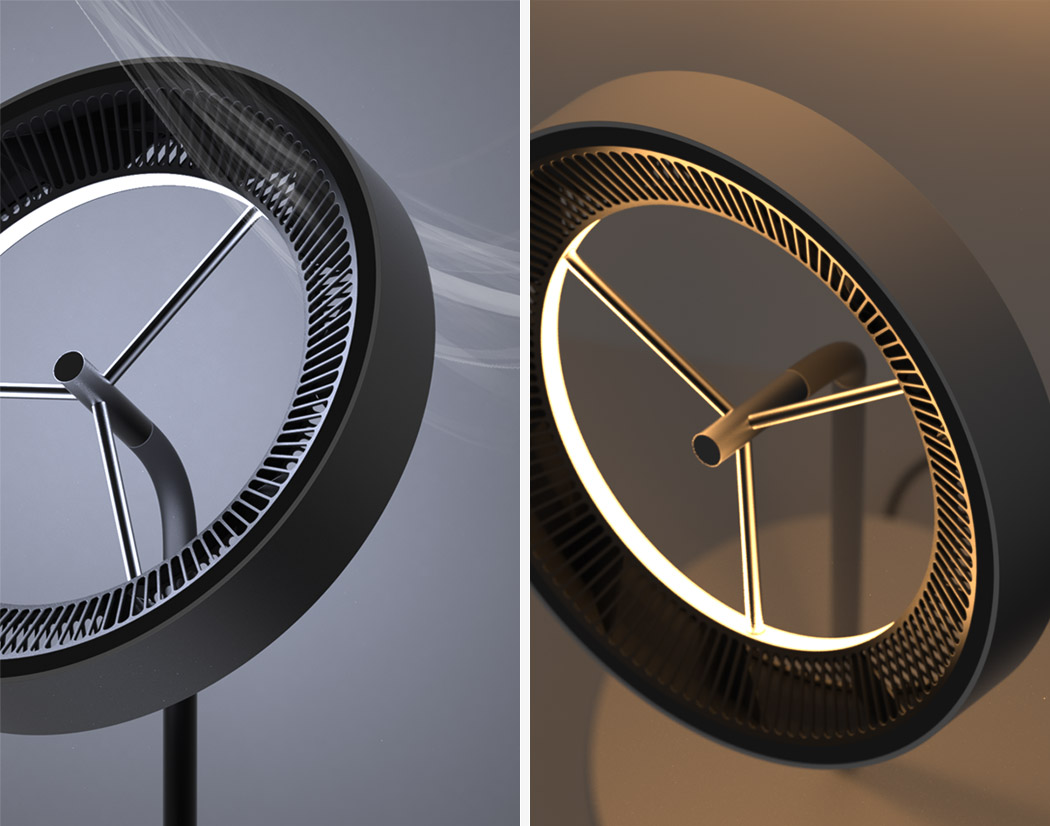 “Electromagnets levitate and rotate fan without touching the rail to reduce awful noise from friction. The principle is very similar to how Maglev train does”

“This diagram shows basic principle of levitation and propulsion with simplified magnetic poles. Torus is operated by 3-phase induction motor which is application of the above fundamental principle” 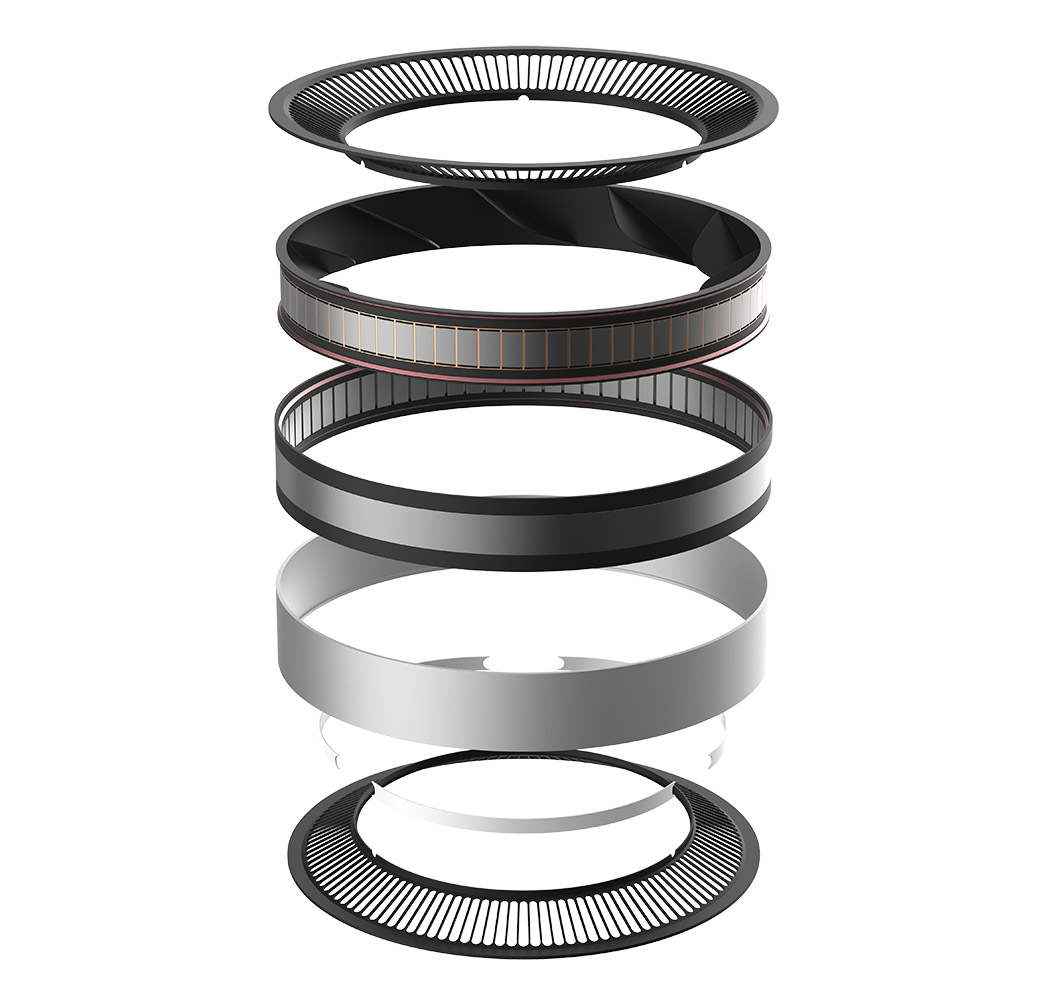 “Direct wind from electric fans often dries our eyes and makes them tired. With Torus, however, clockwise or counter-clockwise fanning is available due to electromagnets. Torus can blow wind backwards or forwards, so the wind can also be blown indirectly”

“The LED are placed on the center, so it can be used as a floor stand. Its modern and simple design will blend anywhere, for example, next to sofas, beds, or TVs. Torus will enlighten and freshen up our surroundings” 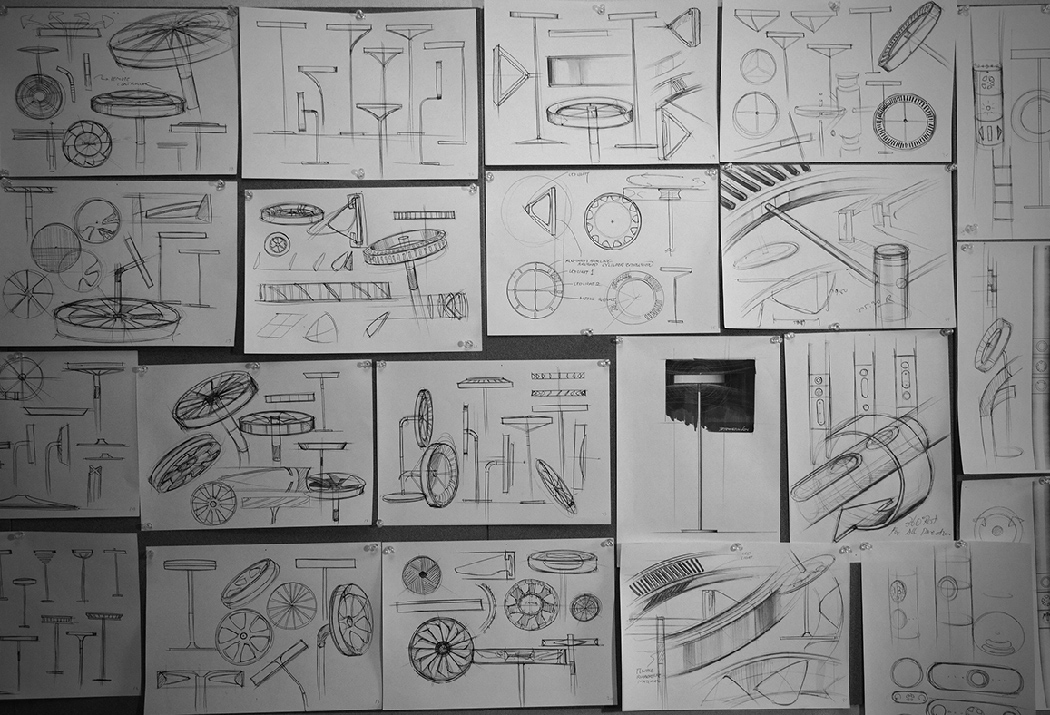 Any bicycle enthusiast will tell you that the comfort of the rider’s hands is paramount for a pleasant and safe ride. The X-ing grip focuses…

Everyone Hates Wrinkles, Even the Blind!

As simple a task as it is, ironing poses a great risk to those with visual impairments. Because they must guide the clothes iron with…

The Toasty Charger by Hyun- A Ko makes each charging session into a breakfast scene, or whenever it is you toast. For me, that’s breakfast….