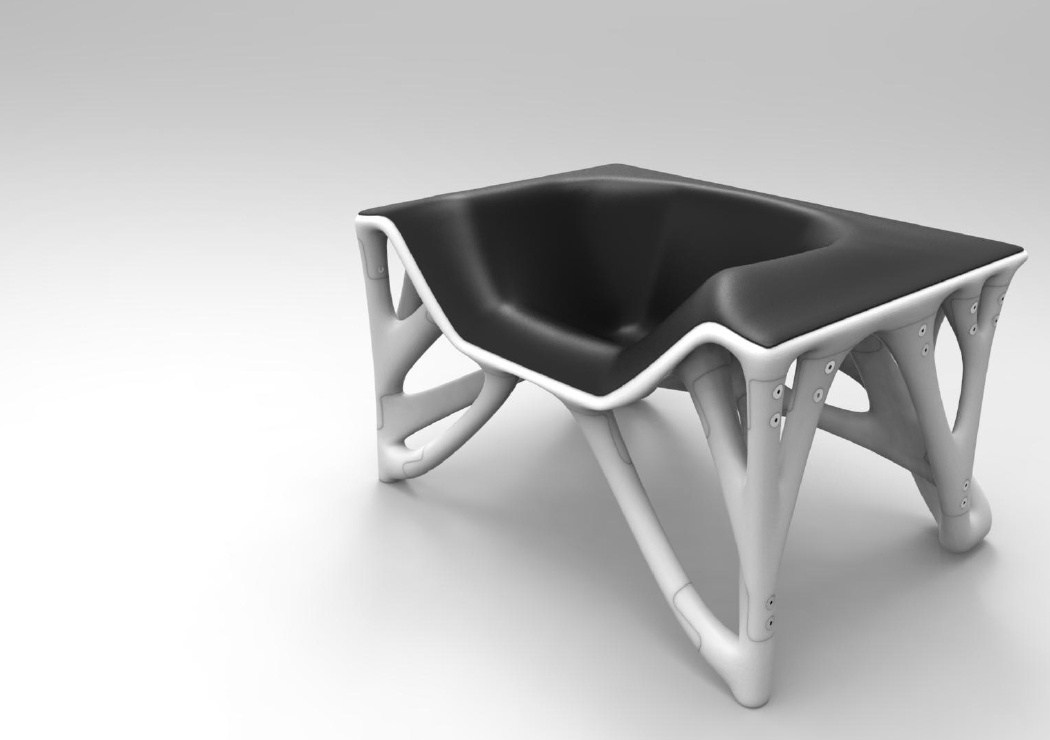 Let’s just face it. There are two types of designers. The sketchers, and the modelers. Each have their ups and downs, but classical design is all about letting your mind go wild. Now while sketching a wild idea is relatively easy, modeling that wild idea does require a level of expertise. Your idea is only as good as your representation of it, right?

I’ve seen people let their software skills put a limit on their creativity, and that’s just tragic. I’d like to believe that solidThinking feels the same way too, because their software, Evolve and Inspire, are built on the foundation of being intuitive and having a small learning curve. Behind this user-friendly exterior however, lies a mammoth of technology, delivering quality output and making Evolve and Inspire the most ideal software for both the novice as well as the seasoned designer.

Above is an example of truly unique design, created in Evolve, and enhanced by Inspire. Xylem is a seating concept based on Design Guru Ross Lovegrove’s fat-free design ideology with a signature organic twist. Normally a form this elaborate is either unfeasible, or too complex to model, or even both. However, with Evolve and Inspire, an idea can be accurately visualized, validated, and optimized to reach the desired end.

Celebrated as the first CAD software built for designers and engineers alike, Evolve is rapidly picking up pace and becoming a hot favorite among the design community. And here’s some more exciting news for the Evolve-curious and Evolve-lovers alike, solidThinking has Evolve 2016 ready and slated for an October release this year! Stay tuned for more details!

Elliot Mackie, a student in Australia, has designed this incredibly unique seating concept using Inspire and Evolve. solidThinking is working on a formal case study with him as we speak! More news from him later.

The latest from time-enthusiast Vadim Kibardin, the Classic Duet Wall Clock is so named for its dual analog/digital time reading features. It’s super-simplistic, with a…

It’s perfectly legal to fix your own gadgets now!

With the Right To Repair movement finally seeing success in the USA, and the appropriate amendments being made to the Digital Millenium Copyright Act, you…

From the outside, the New Generation Light Rail might seem like a straightforward tram design, but what sets it apart are a few thoughtful features…