The story goes that in the 18th and early 19th century, men typically wore pocket watches and wristwatches were meant for women. However, during combat and wartimes, it was very inconvenient to keep track of time via the pocket watch. Necessity gave birth to the legendary design of wrist strap (Also known then as “Wristlet”) that was first used to house pocket watches onto the wrists for the ease of checking time during Boer War era. 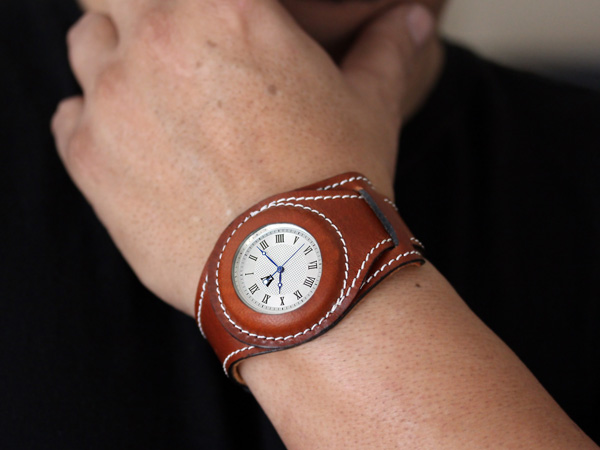 Cut to present times, the Wristlet Watch is a tribute to the legend and the tale. It’s based on the original design from an era when pocket watches were adapted by being placed in leather cups with wrist straps. These wristlets allowed men to wear their watch on the wrist and when circumstances demanded, return it to the pocket for the sake of fashion! 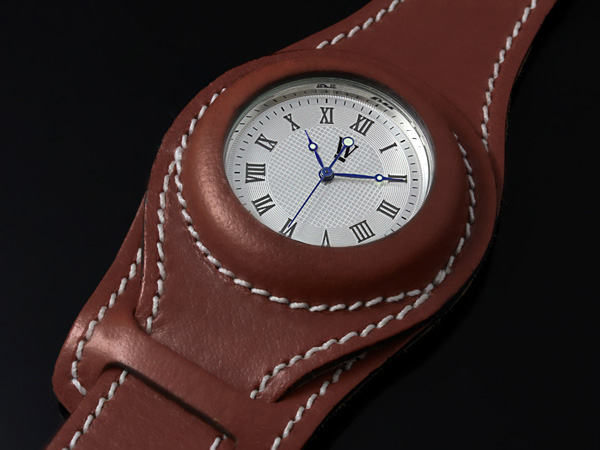 We asked the Waves Design Studio head designer to elaborate on what inspired him to create the Wristlet Watch and this is what he had to say….

I am a big watch enthusiast. History of watches intrigue me. Sometime ago I came across an article on Wristlet watches of 18th and 19th Centuries, which I thought was very interesting. I started getting in touch with people like David Boettcher and Dr. Konrad Knirim, who has written books on Military Timepieces. I thought it would be cool to create a timepiece that depicts the origin of modern wristwatches. 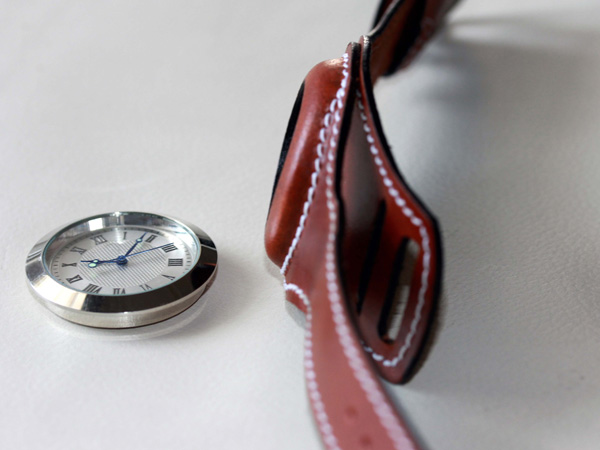 Pocket watches are usually in the range of 50mm+ and as you can imagine housing a pocket watch of 50mm+ you would need a big leather cup. Along with the cup and outside seam on the leather would make the leather case diameter in the range of 55mm-60mm, which is pretty big for a wristwatch. On top of that, pocket watch “Bow” would always be protruding out of the strap. In order to make a more manageable design we started by creating custom watchcases and built our wristlet prototypes around these cases. Even though the base design is from 19th Century Wristlets watch, in our design we added elements like contrasting stitching and Sapphire Crystal to give it a more modern appeal. 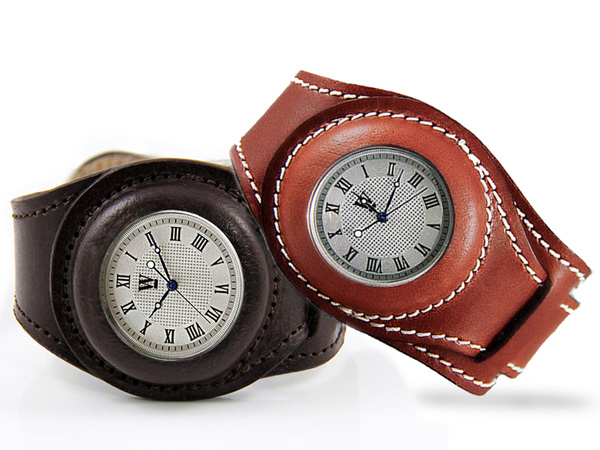 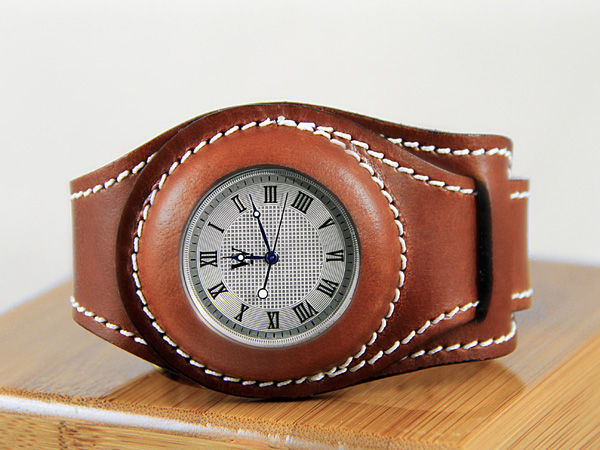 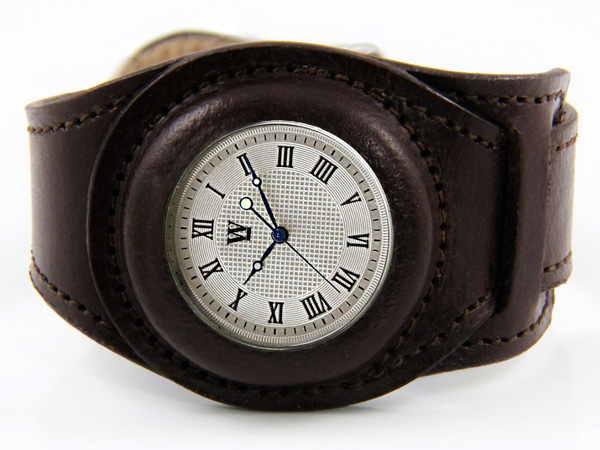 With an approach that strikes a fine balance between tech, sensibility, and sheer artistry, the Circle Watch is truly #smartwatchgoals. It’s beautiful to look at,…

Aside from being a state-of-the-art piece of tech that houses your crypto-coins in an un-hackable offline device, the Trove is just refreshingly different to look…

A DIY mechanical watchmaking kit for those who love to tinker around!

I think every designer or creative soul out there loves to tinker about. Breaking down something into its bare parts, or creating something from nothing,…

Trendy Apple accessories that serve as the ultimate gift guide for Apple lovers!

I’m sure we all know an Apple fanatic or two (I’m one of them!), someone who swears by all things Apple and basically owns almost…