The design of UNStudio’s proposal for the Central Business District in Tongzhou, China is a dynamic composition created by introducing asymmetry in plan, orientation, clustering and facade treatment. This build-up of asymmetries has a far-reaching urban effect while simultaneously relating to users on a more personal scale. Six towers form three lively groups which interact according to a layered choreography that extends both below and above the surface.
In relation to the ground and subterranean levels the towers are grouped in three pairs, each standing on a joint platform. As defined by the bridging connections between them, the towers are grouped as a couple, a trio and a single volume.

The silhouette of the towers is derived from a combination of substantial differences between the lower and the upper parts of the buildings and the binding together effects of diagonal wrappings. On the lower parts the towers are marked by dense stacking, whilst towards the top they become smooth and reflective. This textural contrast is mediated by the strong diagonals running the entire length of the towers.

The bridges have numerous roles. They help to cluster the towers and to form interconnections between them which can house many different semi-public functions. They also provide an artificial ground for users of the highest floors. From an urban point of view the bridges can also be read as the tops of large arches.

In addition to the application of active sustainable measures at different scale levels, passive design tools were incorporated from the initial design of the six towers and the podium clusters. Driving features are the winter gardens and green surfaces. Winter gardens are effective within the Tongzhou climate as during long periods of cold temperatures the greenhouse effect is beneficial for preheating indoor spaces. Green surfaces on the public roof and terraces are suitable for rain water harvesting, contribute to human well-being and create an elevated park.

To stimulate social and cultural interaction three large scale media screens are visible from the opposite bank. These are integrated with the winter gardens and the riverfront facade, visible also from the interior of the podium. The transport hub is also fully integrated within the site to ease traffic concerns. The transportation hub will provide convenience to those who work, live and visit the location.

With the asymmetry of the towers, the media facades and the well-located transport hub, this design aims to become the dynamic landmark of Tongzhou. 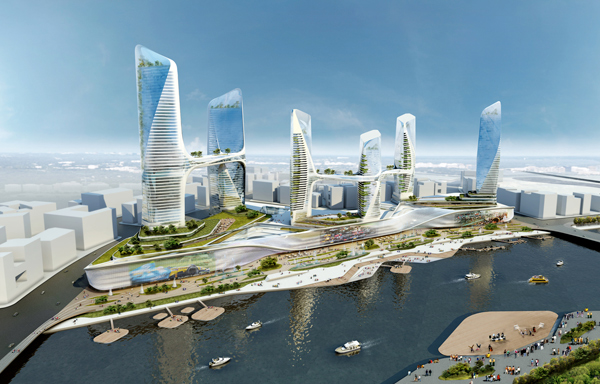 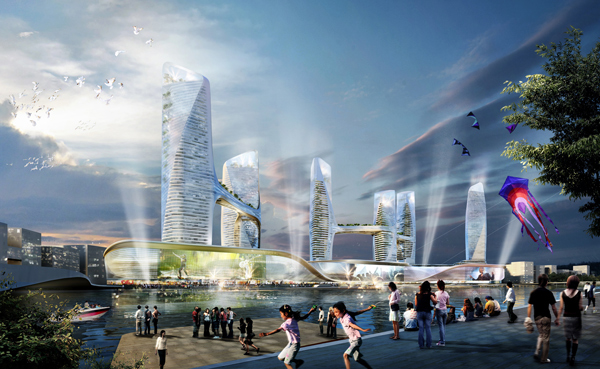 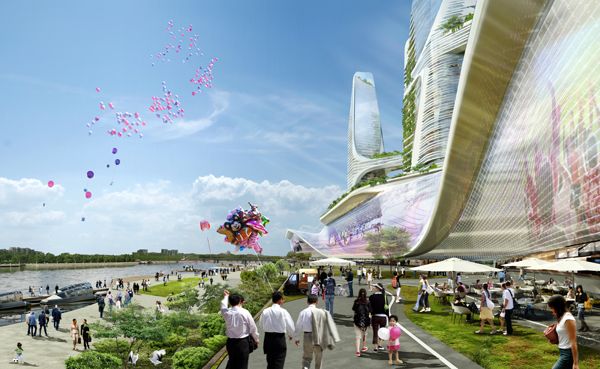 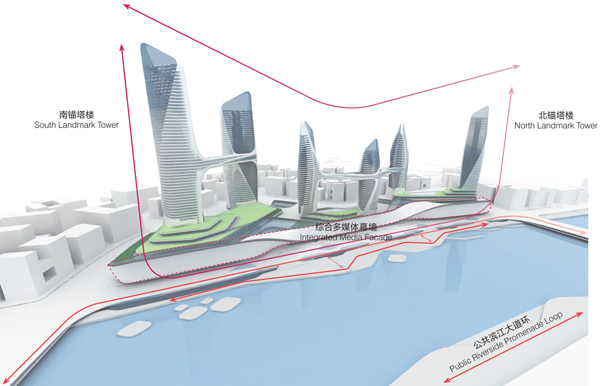 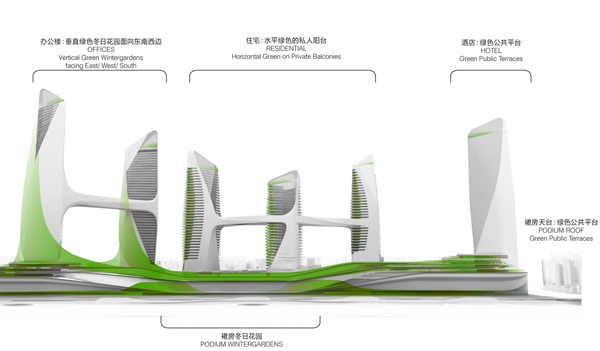 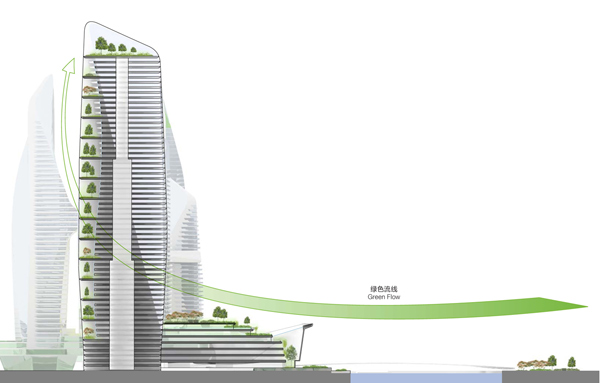 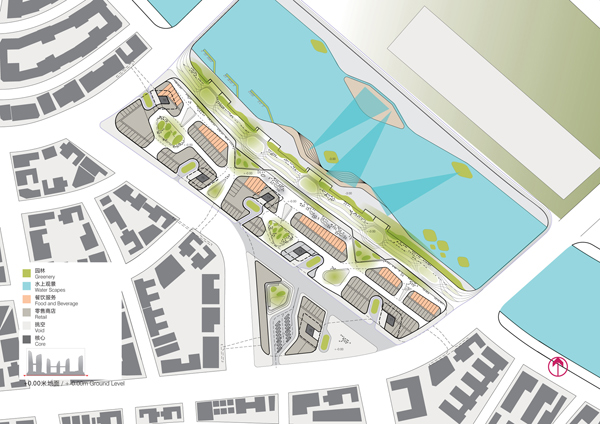 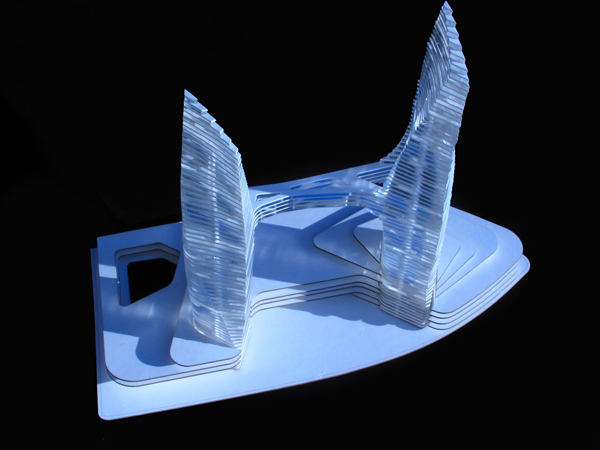 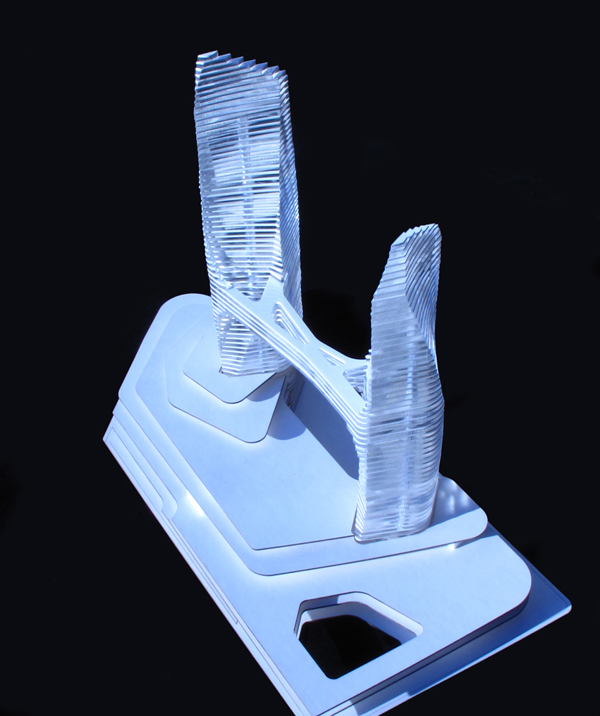 Designed as a series of alpine ski-lodge villas for guests looking to live in the lap of luxury on the mountaintops, the ‘Secluded’ glamping cabins…

Make Your Delay a Vacay

If you’ve ever missed a flight or been delayed you’re familiar with camping out in an uncomfy plastic seat using your luggage as pillow. It’s…

Another awesome concept from IIDA, the Spiral Garden System is a proposal for a sustainable public garden that’s totally self-sufficient. The architecture adds interest to…

Home Away From Home

This temporary mobile housing design aims to provide readily available shelter to those affected by a variety emergencies and disasters such as earthquakes, tsunamis and…