I had the good fortune to spend a good hour with Dr. Prof. Peter Zec at the red dot design museum in Essen. Over a good cup of coffee and exceptional pastries, we spoke about how designers today are dealing with the increasing global awareness of Product Design. For those who don’t know Peter Zec is a former Icsid president and today holds the rank of Icsid senator. He is also the president of the red dot GmbH & Co. KG.

Before I head into the words of wisdom, let me tell you that to do full justice to Dr. Zec’s interview I am splitting it into two parts. After you have read the two editions you will know exactly why! For now, just read on.

It’s all about passion!

Designing is all about passion. Apparently Dr. Zec had been approached by Chinese officials to help create 100 or 1000 Steve Jobs. They wanted him to set up a school or conduct seminars that will help achieve this dream. However what the Chinese don’t realise is that to create a Steve Jobs, you need to go though the cycle of life that he went through.

“He did a lot of crazy and radical things that they don’t teach in China.”

You will be surprised to learn that Dr. Zec was 100% Communist who believed in the communist ideologies. 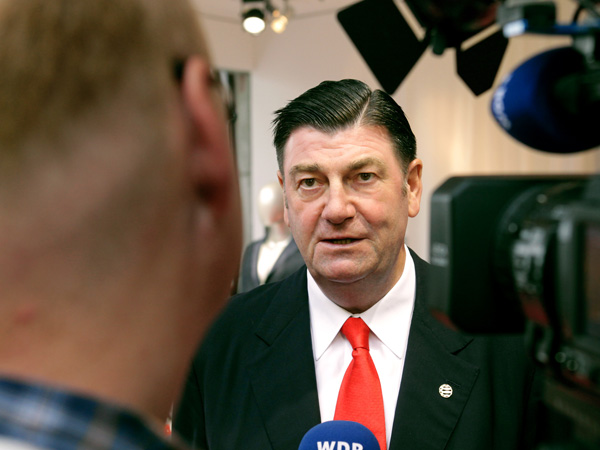 “I read all the Karl Marx books and I absorbed all his teachings. I too wanted to change the world because I felt that the world was not being fair to all. I had a very strange understanding of business. My perception thought that a business took away from the poor and gave to the rich. And I had the imagination that the rich do not work, they make other people work and pocket the profits. To me this was what the entrepreneur did. And I never had the idea of what real business was and this was my perception till I reached the age of 28.”

Life has strange ways of teaching lessons. At the age of 28, a very staunch communist Dr. Zec found that he had turned into an entrepreneur himself!

“I have studied media science, psychology and arts science and it was a study for 100% unemployment, so I tried to invent my own job. At that time the were only 3 broadcasting stations that were state owned and there was sure to be no job for me. I was looking for a safe job and I went to the cultural department of the city that I was living in and proposed to them that they set up a public holographic laboratory. I thought holography would be the new medium. The next big thing after photography! I went to the head of the department and asked if they could set it up. The head in turn told me that this could be a way for me to start my own business. I told him how was this was not possible since I had no money and skills or experience to do my own business. They sent me to a bank and helped with consultancy and this is how I began my career as a businessman. In my mind I was still a communist though.”

Slowly he transformed into a businessperson and a very successful German optician commissioned him to do some work for them. The owner invited him to become the creator of holography for one of their exhibitions in Hamburg.

“I was the chief creator and I earned a good amount of money for it. At that time I observed this person (his sponsor) and I said to myself that hey, this person works very hard and at sometime he doesn’t sleep. So he doesn’t take money from somebody else or deprives the poor. He is responsible for his own job. So that changed my views on business.”

I was a fascist!

His Communist attitude is not the only thing Dr. Zec had to change; he had to let go of his fascist perception of art. 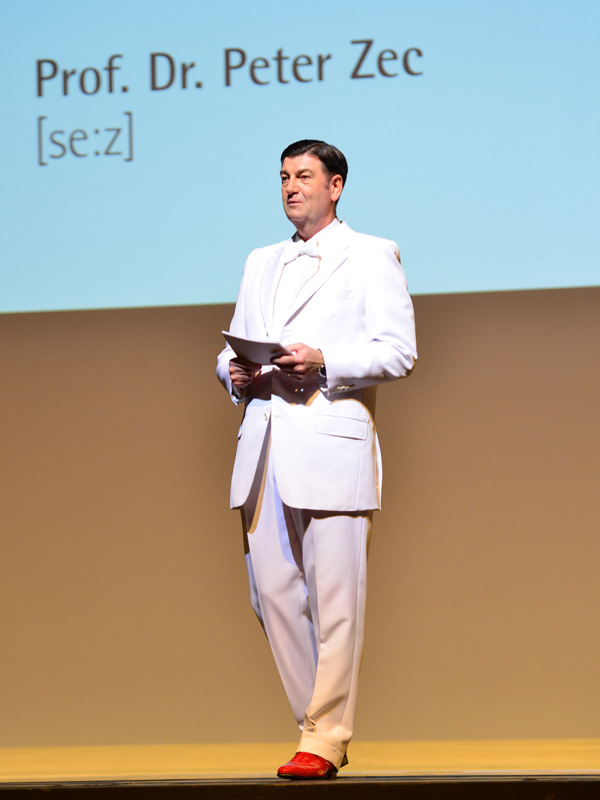 “I was very idealistic about art. People can be fascist about art. I had a very clear understanding about what is good art and was always defending my perception of good art. I was fighting against others for their views on art.

The time that I realized I was following the wrong values was when I was asked to create holography of naked women by my sponsor. He had booked the Hamburg museum at that time, and the director of the museum was an authority on good art. I did not agree with the concept of showcasing naked women, but I had to do the job since I was on a payroll too. My only chance at stopping this exhibition was to speak to the museum director and convince him that the show must be not put up. But do you know what the director told me? He said that ‘Who cares if it is naked women as long as they are done beautifully and depicts art.’ That is the turning point for me, when I realized that I needed to give up on my outdated ideologies and adopt one that is more conducive and open-minded. I had the wrong values.”

The worst thing for a student is to have an ideology in their mind and fighting against others. You should always fight for yourself rather than fighting with others, it is waste of energy.

“If you use this same energy on yourself then it is following your passion and achieving your goals.”

Dr. Zec advices not to waste the time in criticizing other people’ designs and to focus on your own thing.

“Designers are some times are too narrow minded and focused on a single object. But the object is most often placed in a larger environment. As designers, it should be good to have the broader vision kept into perspective and this is unfortunately not taught in schools. Designers think design is always about making the shape and form of a product. This is from old school, today design starts from a totally new form of understanding and what it means in the modern world.

We have to think from dependences and relationships towards other environments and factors. Design has to do with cultural development and social changes in society. These things play a lot of role and this is why designers should read from other disciplines and even be political. They should try to understand the world and with this kind of understanding you will end up designing totally different products.”

Hence a man like Steve Jobs had a clear understanding of the world, and he was fighting for his ideas. He probably did not like Microsoft so much or Bill Gates but he did not fight them.

You don’t need to love everybody. You must simply accept them.

And fight for your own ideas! Steve had his own idea of the internet and this brings us to the question why did why Sony not invent things Steve did ?

“Sony had all the rights and the music. But Apple has iTunes and the iPods, think about it. Steve Jobs looked at this from a broader angle while Sony only focused on the narrow angle of how can we make money from the music we have and not try to lose too much. It is important for designers to change their viewpoint and think form another direction or a new angle.”

To sum it up, Dr. Zec is trying to tell us that it is never too late to let go of old and redundant ideologies. We must focus on our strengths and not worry about others. It is imperative for us to keep a broader perspective in life and not be to narrow about design. Look at the whole picture and not just the speck.

Stay tuned for the next edition; you simply have to hear about the Panama Story!

And one more thing…Dr. Zec thank you for wearing those red shoes!

While some hearts are going a flutter at the thought of receiving a romantic Valentine’s Day Gift, many of you, I know are still trying…

Most Buzzed Designs of August 2012

I never fully understood the implications of Dieter Ram’s ‘Good Design Is Thorough Down to the Last Detail’ maxim, till I experienced it myself. It…

Express Yourself Through Music

Don’t be a Dinosaur, Join the IDSA Conference Today!

You can’t afford to miss this year’s IDSA’s 2011 International Conference COMMUNITY: YOU.ME.WE Sept. 14-17, 2011 in New Orleans! The focus is on Community and…