Over the past 5 years editing YD, I’ve noticed a clear divergence between two kinds of furniture designers – the ones who are pure creatives that rely on manufacturing partners and the “old school” kind – the ones who were craftsman long before they ever thought of themselves as designers. Last year, I embarked on a scary, yet exciting project to create several custom pieces for my home. I met a guy name Curtis Micklish – young, talented, gifted even if he didn’t know it. 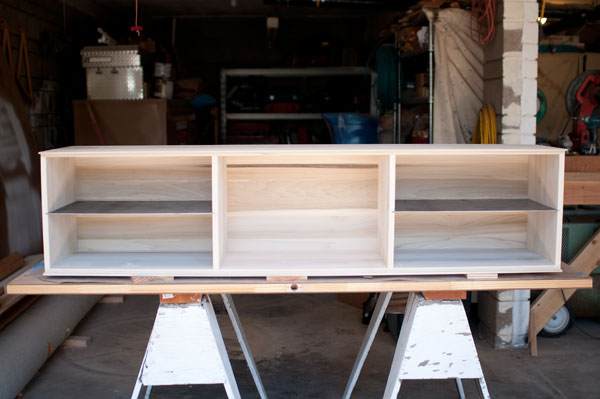 He comes from the old school, built my hand and methodically perfected to suite the needs of each customer. I want to share my experience working with Curtis over the course of several months, from what started as a simple sketch of a sideboard, to a complete piece inspired by and named after the retro 35 mm Belomo – it was incredible to witness the entire chain of design executed from the hands of one person. 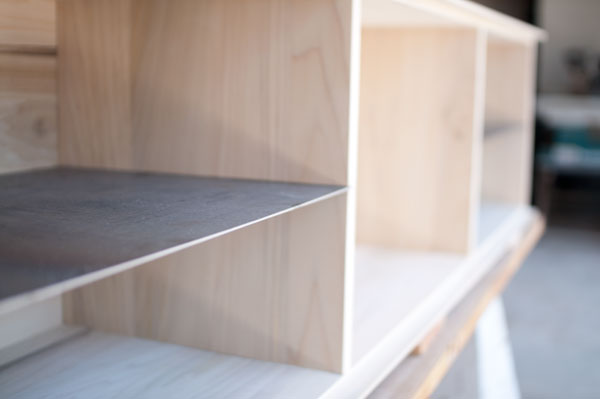 The early stages of design was exciting. I didn’t give Curtis much direction. I believe in letting a designer play whenever possible. My only restrictions were height and width to ensure the new sideboard would fit. He also quickly picked up on my minimalist aesthetic and a few weeks after our initial conversation he came to my office and showed me a sketch. It was long, streamline and stark in appearance. Made entirely of poplar wood with a light white wash, the yet unnamed sideboard became less austere. Complete with a set of tripod legs that gave it personality and a cubby hole for show & tell opportunities. 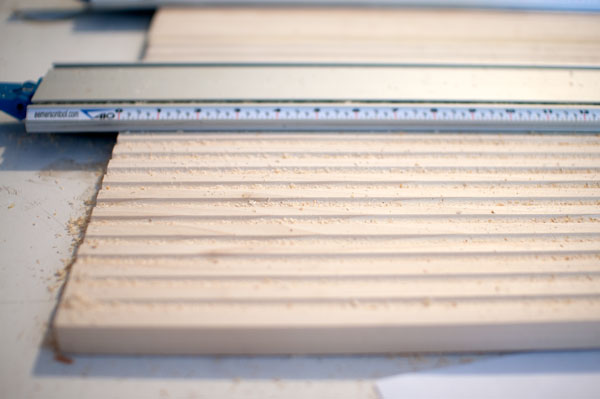 The construction begins. Out of his restored mid-century home (which he did himself), there’s a garage filled with dangerous looking machinery of which he obviously mastered. I watched him route the doors of the sideboard and listened to him tell me about his childhood. He comes from a family of craftsmen. He and his father are contractors but his eye for design eventually led him away from construction into doing his own thing. I could sense that infant creative spark surrounded by uncertainty and a bit of self doubt. Bigger than that was his passion. He knew exactly what he wanted to do. It’s just a matter of taking it day by day to get there. 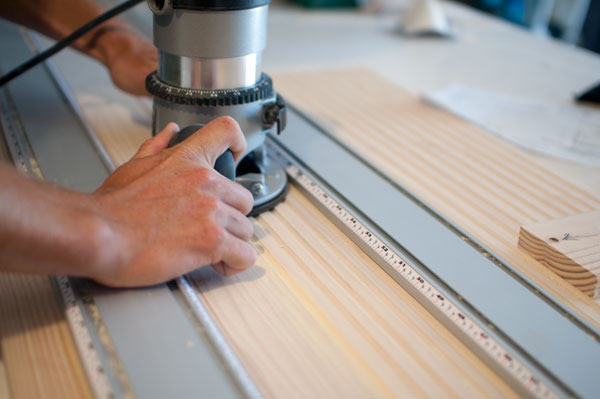 By the end of the day, the frame was finished. The steel shelves were in and the doors routed.  Me? – completely excited! Come back tomorrow for part two.

Having met Jon Kolko at the Bounce IDSA conference I was pleased as punch to get him to sit down for an exclusive YD interview. …

Love me a good coat rack but this is no ordinary Coat Rack. This one connects to the internet and makes suggestions on what jacket…

People know him as the man who has designed more than 3000 products, worked in 40 countries and winner of umpteen awards. Lucky Guy? NO!…

Phil Saunders, the concept designer behind the Iron Man suits

You may not have heard of Phil Saunders (or conversely you may have if you’re a close follower of his work like I am), but…