This rather dank looking project is a masterpiece of our watery other-world of the ocean, called “House on the Beach” by designer Hugon Kowalski. This house is inspired by the tetrapod, that four legged beast of a beachbreaker, made to stop all on-comers. Because this shape was constructed to stop all water and alien attacks and whatnot, it makes, instantly a great sort of structure for architecture, as it defends against corrosion and dissipates oncoming waves.

It both protects the coastline and makes for one magically unique place to hang out at the beach. Made as a beachhouse for those who wish to beautify the coastline at the same time as protecting it from erosion. Each tetrapod beach house has three rooms: living room, kitchen, and bedroom/bathroom. What do you think? Beautiful or terrifying? Saving the world or making it much, much stranger? Or all of the above? 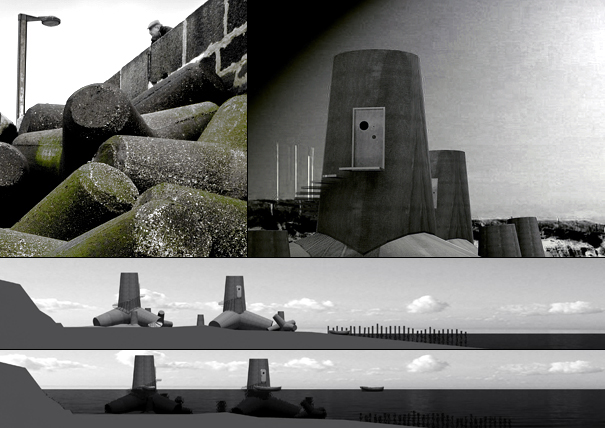 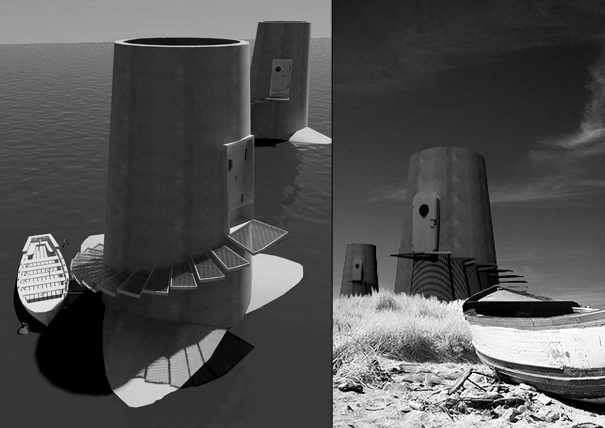 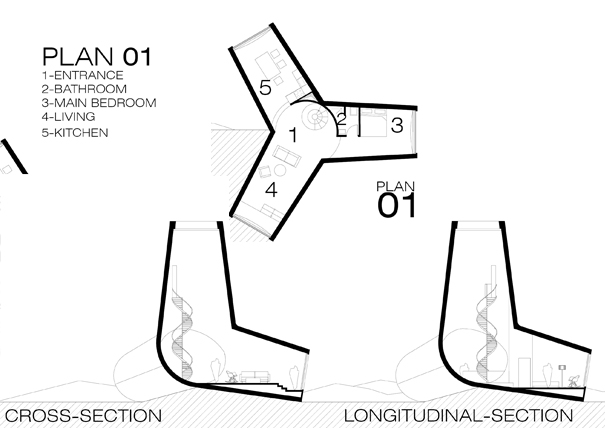 Big Dreams in a Small House

One look at the interior of this mountain lodge and you’d never know that it’s a mere 538 square feet. Using material continuations, like the…

There’s something about Japanese-inspired architecture that instantly soothes your soul, and envelops you in a warm and fuzzy feeling. Maybe it’s the unique minimalism, the…

Architecture that takes inspiration from shipwrecks

Namibia’s Skeleton Coast has earned its name for being exactly that. The sands on the northwestern coastline of the country are littered with skeletons of…

Radical outside, rustic inside

The size of a bedroom, the Nolla cabin is perfect for the idyllic holiday. Its design, aside from being highly characteristic, is also comfortable, and…