So you’ve got a voice recorder in your phone you say? So you’ve got one in your MP3 player, yes? Well they’re the worst! When it comes time to integrate, one of the greatest parts of industrial design quite often I must say, there are occasionally concessions that must be made. Designer Dror Goldblum knows this, and in order to save the ever-important voice recorder device from crap-level quality forever, he created this bone!

Goldblum’s voice recorder does the two things every standalone voice recorder should do – record and play sound. It also does the relatively newly important bit, connecting to a computer through USB to transfer the recorded sound files it picked up. It’s got an earphone jack, an optical volume interface, and does a fabulous little flick of the wrist activation sort of deal, exposing and activating the mic as you do so.

Once it’s on, it can stand alone on the table in a sassy little arch while you gaze into the eyes of your professor Dr. Jones. 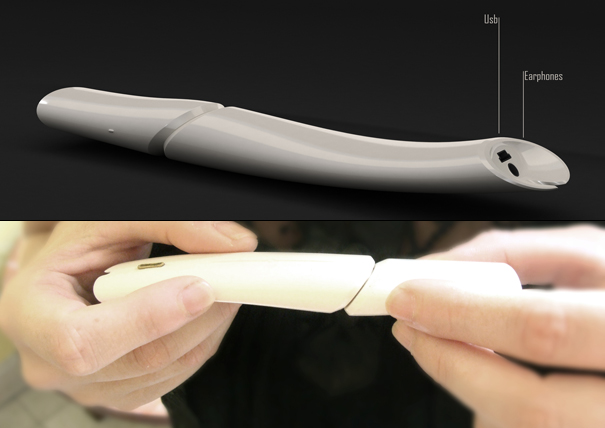 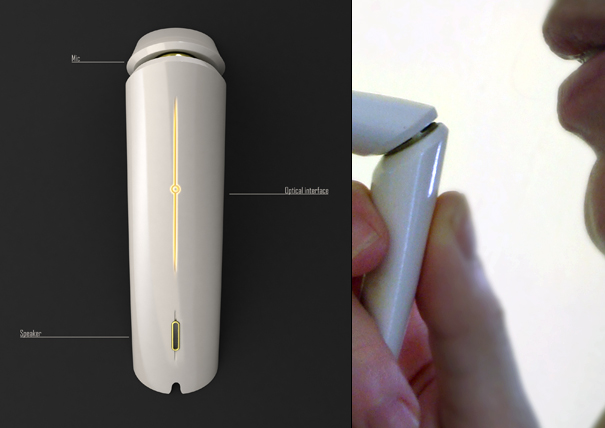 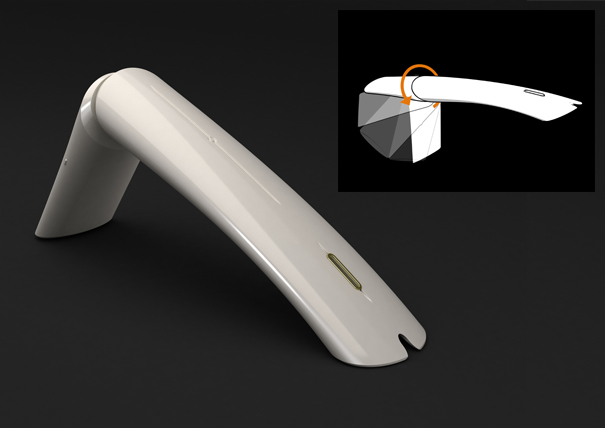 Hangin On An Arrow

I totally agree with Long Tran when he says that we need to creatively organize our mess. There’s really nothing artistic about clothes strewn all…

This bathroom concept by Barcelona’s Art-Tic Design Studio features customized pieces molded to give the illusion that bathroom elements like the sink, toilet, and bathtub…

This colorful, marbled speaker is made from non-recyclable plastic waste

While plastic waste, to a certain degree, can be recycled, it’s just a small percentage of the total waste out there. Certain polymers grow past…