I think it’s been 10 years or more since I heard a Looney Tunes reference of this caliber. This eco-sustainable catamaran yacht goes by the name “Marvin the Martian.” It measures in at 50 feet long and is hulled of sassy white fiberglass. Designer Maria Malindretou-Vika’s (herein referred to as M.V.) goal in this project was to create a boat capable of being both autonomous and self-sufficient in energy. M.V. does this and makes one fabulous yacht in the process.

The first and top or nearly top of the list point this boat aims to make is changing the boat market. M.V. sees that only 10% of the international boat market is currently categorizable as sailboats – sailboats being the most eco-friendly of all the boats, this M.V. saw as a thing to change. Motorboats are what everybody buys, mostly because they require little to no instruction or special training to drive.

So what does M.V. do? Work on blurring the two categories.

The Marvin is a catamaran. A catamaran is any number of boats that basically have two hulls. Catamaran means “tied together” – referring to the two boats in one. This particular catamaran can sail and also motor along silently and with low gas consumption. The two hulls allows for less resistance in the water than one. That’s physics. The fiberglass hull employs vacuum infusion epoxy resins and Kevlar laminates to be both lightweight and inexpensive. The hull, with its giant deck space and 35 sq m (380 sq f) of photovoltaic panels harvests enough energy to become self-sufficient.

After saying that I feel strange saying this: propultion relies on an electric/diesel engine. All electric the boat goes 30Nm of autonomy at a 5 kn cruising speed, mixed diesel and electric it goes 87Nm autonomy at 9 kn, consuming 400 liters of fuel. LED lights can be found throughout, and openings and hatches can be found throughout the boat to allow for an air-conditioning free cabin. A total of 8 people can fit comfortably aboard, the deck has a kitchen, inside has a dinette and living room illuminated by giant apertures in the boat’s shell.

Don’t go whaling in this now, it’s just for cruising. Have fun! 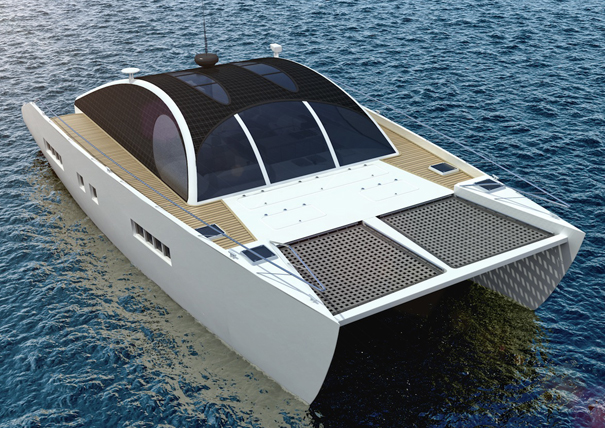 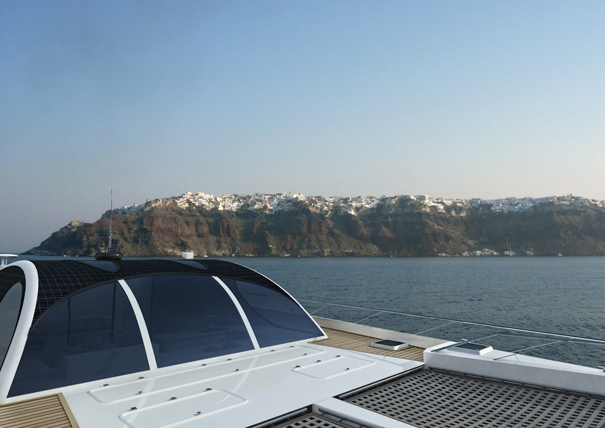 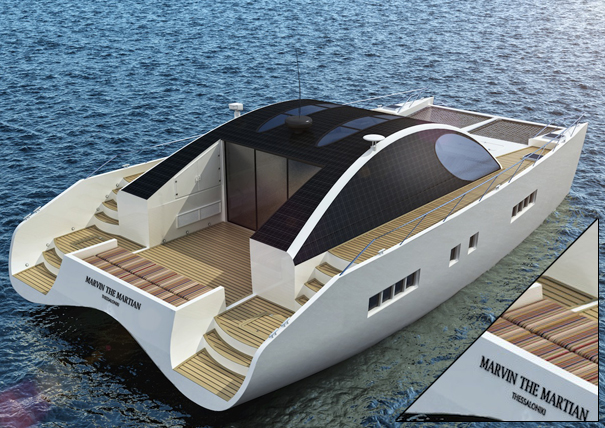 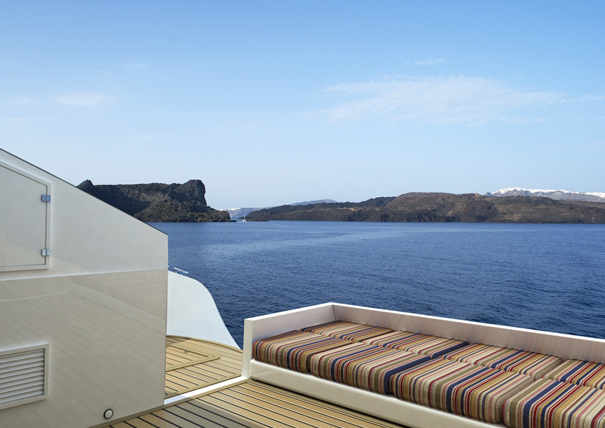 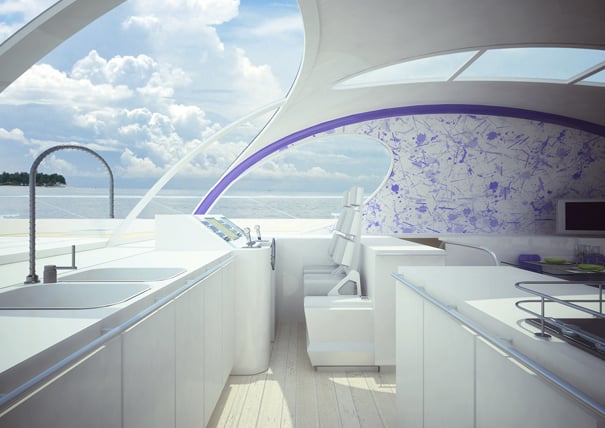 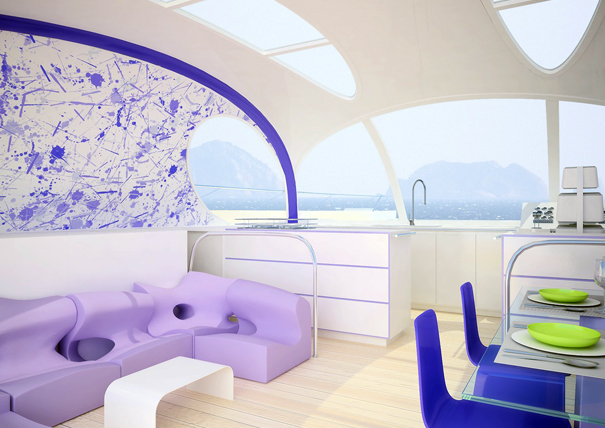 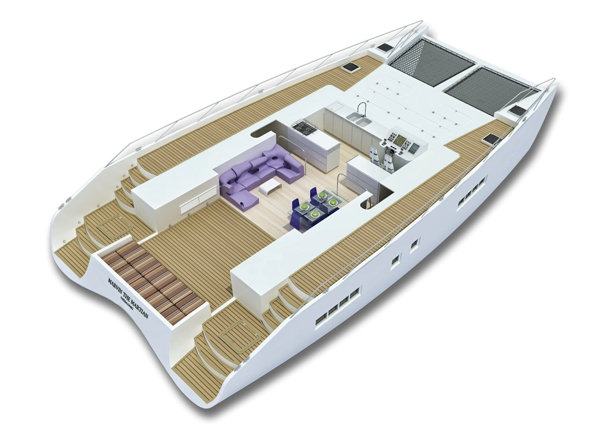 With the brand’s future uncertain, the Alfa Romeo GTS is the perfect catalyst to set the chain reaction into action again. The coupe is a…

A Purple Blast Between Two Wheels

Words do little justice when it comes to capturing the BAC Mono’s beauty which lies in its raw, powerful design. The new generation of Briggs…