Of course, there’s a catch, you’ve gotta have a missing lower limb first to use this particular silicone appendage. This project is an orthopaedic swimming aid by Richard Stark called “Neptune.” It’s bright blue and yellow colors will be blurs to you as they zip past in the pool. Hinge lock, mount for those with mountable appendages, adjustable strength, simple design. You’ll be cruising in a whole new way in no time. And with a designer name like “Stark” you know it’s high quality.

The Neptune uses a standard silicone liner which, when working with the cup mounted to it, distributes forces away from the tip of the limb. The fin, mounted to the the cup, can be turned 90degrees to allow different strokes. Then, as mentioned, the strength of the fin can be adjusted by moving the slider from top to bottom or bottom to top. 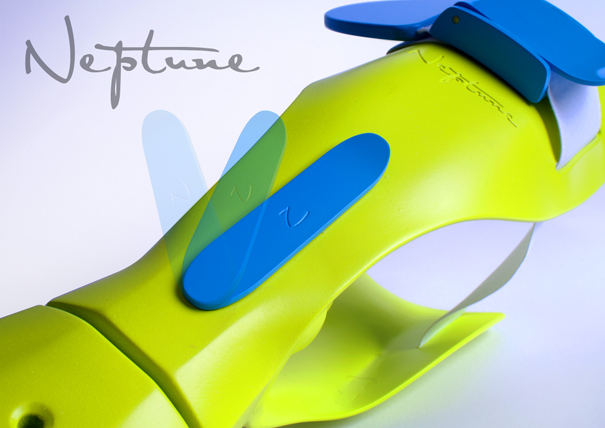 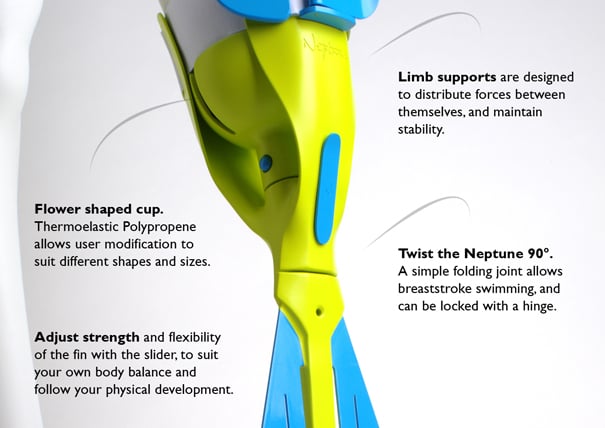 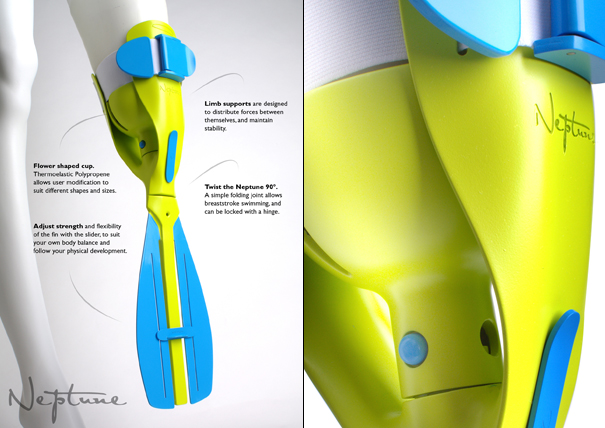 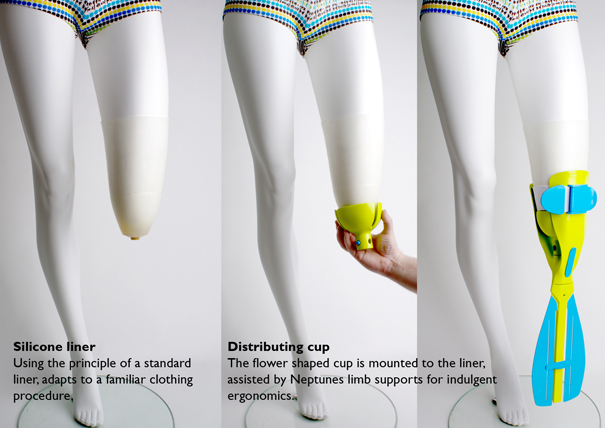 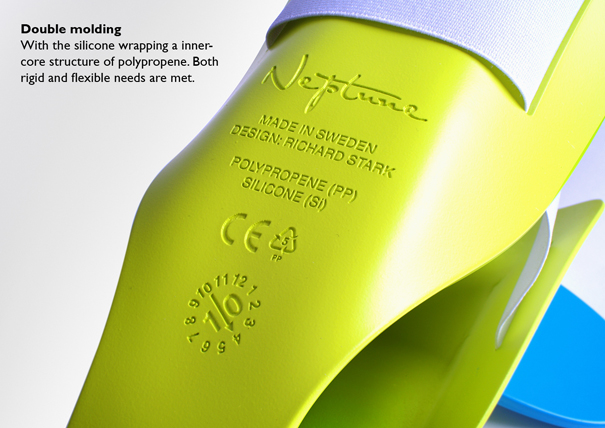 Classic toys like LEGO building blocks never go out of style. A quick Google search even proves that there’s a whole web of online stores…

Clock in the Wall

Recently I’ve been hearing a lot about 3D posters. Hanging right off the wall, they are, comin right atcha! Well that’s what’s going on here…

Of all the footwear dryers in the world, boy oh boy, this seems to me to be the best one I’ve seen all year. I…

We can learn a thing or two from cats– they never get bored. If there’s a box in the house, you can bet your cat…