Sometimes a container contains objects which just aren’t true to what they portray on the outside. Sometimes this difference is extremely drastic. Take tissues for example. Inside the box, they lay flat. They look nice, they’re in basically a flat-sided unit all laying there together. But wait! When they exit the box, they’ve got… bends! Crumples and dents! Well that’s just not fair to tell a person such a lie. Solution maker? John Brauer.

Designer John Brauer had an idea. He was walking around in Japan one day and he saw a tissue sticking out of a box, all bent up. He said to himself “what a lie that box is, fah!” So he set out to make a box of his own… a crumpled box! One that fit the bill.

And here that is. Made of a composite of PE and synthetic rubber, this box cover is made to cover most any box from anywhere around the world. 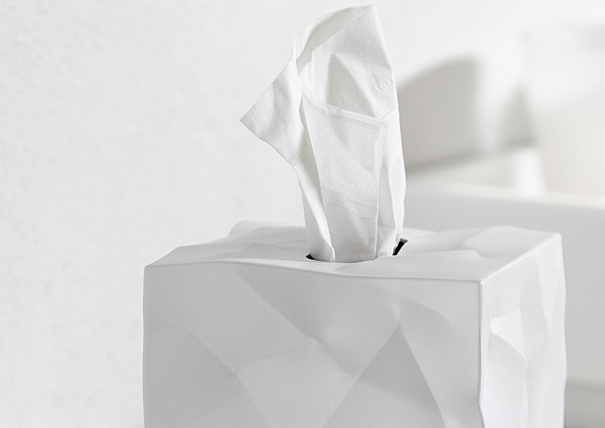 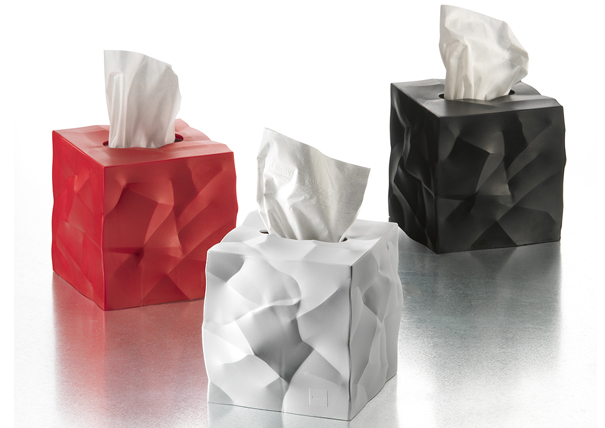 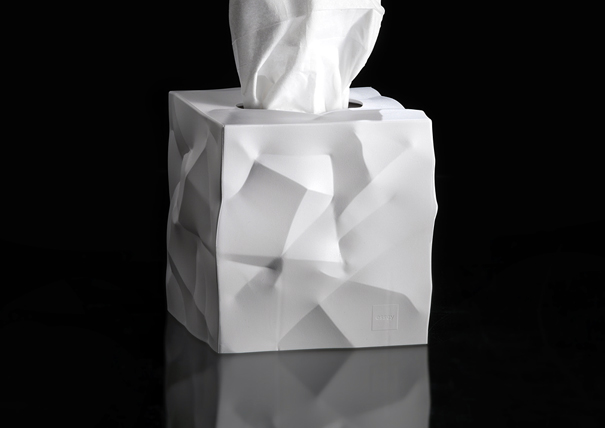 This is the senior thesis of Industrial Design major Chris Padilla. Chris goes to school at Virginia Tech, and he’s interested in the shoes of…

I wish I was an architect so like David Guambo I could also build myself a cozy, wooden studio! The architecture student made Kusy Kawsay,…

This pioneering design chair Myto was designed by Konstantin Grcic and developed in collaboration with the Italian furniture producer Plank and BASF. The chair is…