Available in your choice of a fabulous aluminum and brushed metal or GUNMETAL. Yes, you too can sit on sound. It’s the “Sound Lounge” from Sony! Actually a concept from non other than designer Sharifah Nasser, the sound blaster! This is a coffee table that is also a sound system. Depending on the house you’re in, they might not want you sitting upon it. Then again, you could happen upon it in the lobby or a record company, where they let you do whatever you like, just don’t steal the magazines.

Switch it on, spread it out. The sound system you see here is hidden. As it is revealed, so too can you see the touchscreen music navigation system and the CD or MP3 format choice. Very sleek, moderntastic, lovely.

Bonus question: when do you think we’ll be on to the next hard format? Is it disks forever? Or maybe back to the tape?! Hooray! 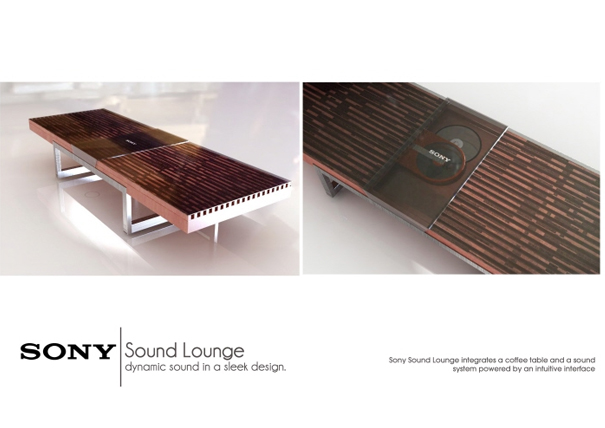 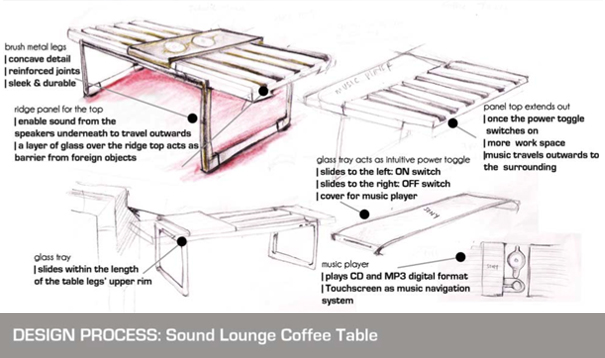 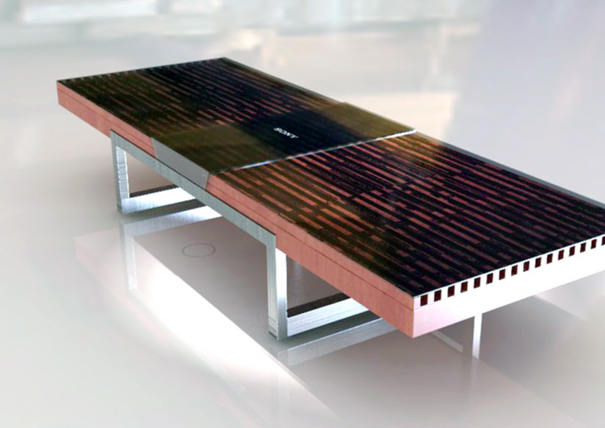 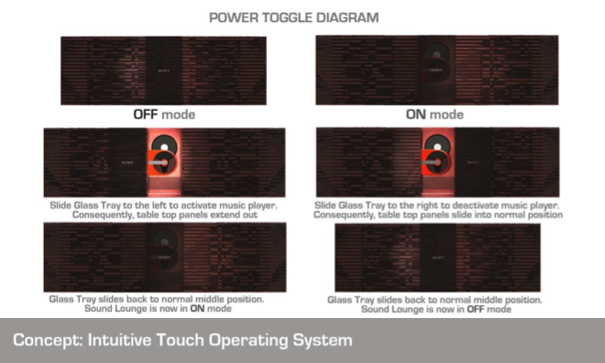 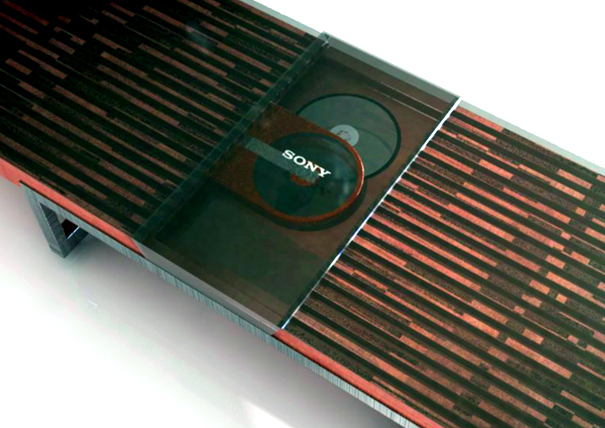 For over 500 million years… or wait… 500 years, the form of the violin has deviated from the baroque style very little. This violin right…

Modular micro-environments that grow with the plants, helping farmers germinate without transplanting!