In this first of a three-part series called “Entertain Yourself”, I’m going to put together a quick and dirty home entertainment center out of three products I’ve reviewed earlier this year. Mind you, this won’t please the hardcore video or audiophile. I wanted products that seamlessly balance industrial design with home entertainment and as designers, we all know that’s how the general consumer perceives products. I call it utilitarian sex and first up is the stunning BRAVIA NX800 HDTV from Sony. 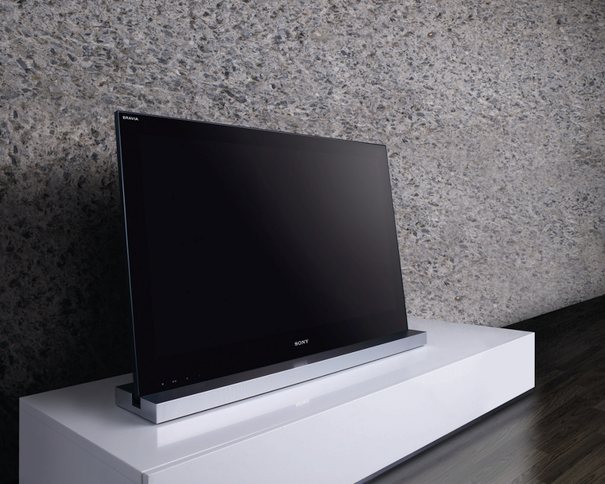 My first introduction to the BRAVIA NX800 was thru a little video Sony produced about the auspicious design and the designers themselves. A brief glimpse into Sony’s Japanese headquarters and short interviews with the surprisingly young group of designers served its purpose by changing my mind about a company whom I once thought was extremely long in the tooth. These young people spoke of revision and change, admittingly taking responsibility for Sony’s lackluster design in the past decade. They saw 2010 as an opportunity to change everything. This time, they would define their own agenda. Instead of playing catch-up to other first rate brands, Sony would forge ahead with what they once dominated the ID landscape with; slick Japanese electronic design. 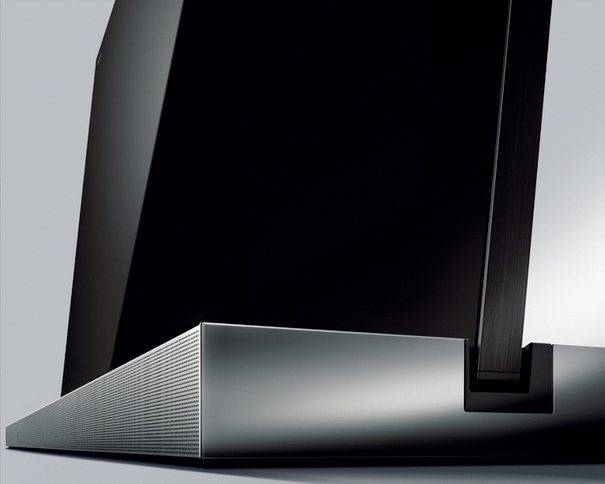 The NX800 is the first of many products to embrace this new design aesthetic Sony calls Monolithic. Think tall, sleek, angular, and statuesque. There’s nothing organic about it. It’s meant to stand in opposition to everything else around it. Love it or hate it, it draws you in. This is the first time in a long time where I’ve felt Sony has a win. This isn’t like anything else on the market. It doesn’t look like LG, Samsung, Vizio, Toshiba or Apple. This is uniquely Sony.

This is a good thing. Sony has always had great technology but they could never find a way to package it in a compelling way. Designed to create a remarkable sense of space, the 52″ NX800 has an innovative six-degree tilt, so you can position the TV at lower levels. Mounting on walls is so passe now. The entire screen is Edge LED backlight providing instant on/off. The latest BRAVIA Engine lives up to its reputation by delivering incredibly saturated imagery rich in detail and color. The 240Hz screen means action oriented imagery never “ghosts” or blurs as the refresh rate attempts to compensate. It’s all crystal clear, like glass. 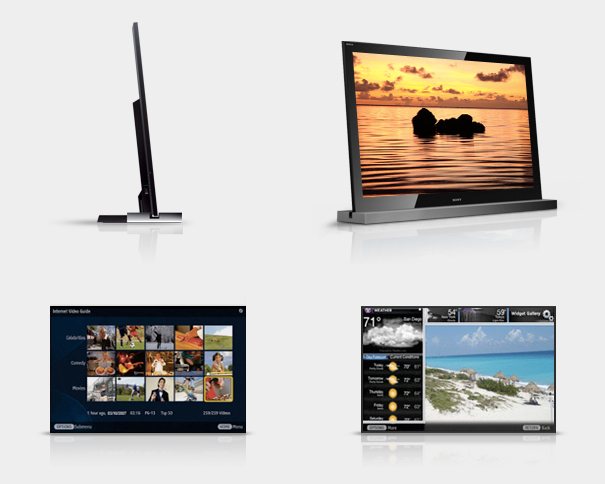 Having a razor sharp screen isn’t enough these days. All the major manufactures now share their panel tech and just slap on buzz words to make it all sound alluring. To be successful you’ve got to embrace where digital entertainment is moving towards – the internet.

It’s got built in Wi-Fi and with your in-home broadband connection, you can access online content from Netflix, Slacker Radio, and YouTube. Although widgets are old news for computers – they’re new for TV’s. The NX800 lets you watch programs with multiple widgets open and arrange them however you want.

Spec wise it’s loaded. To name a few, full 1080p, 5.1 channel audio out, 16:9 aspect ratio, XMB interface, and of course the Sony logo illuminates. The one really interesting feature is “3D enabled”. Trade shows were abuzz this year with talks of 3D televisions. We’re getting close to the stage where imagery is beginning to move away from flat two dimensional representation. Of course it’s all an illusion and with the NX800, you’ll need Sony 3D glasses to get the effect. It may seem like a gimmicky feature but it shows Sony is serious about the future and this time, they will not be left behind. You can read the full specs here. 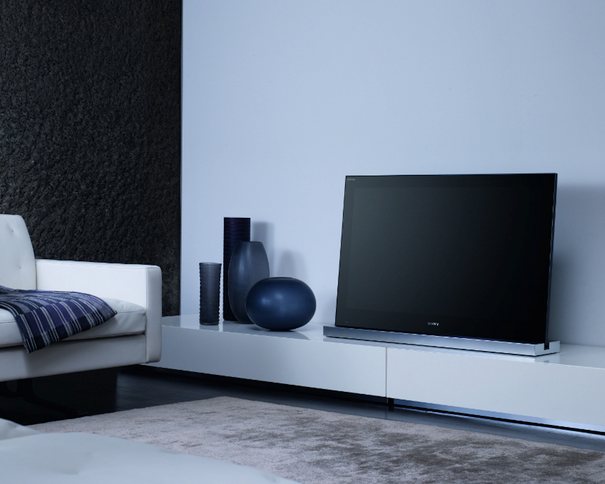 I’ve looked at upcoming panels from LG, Samsung, Toshiba, Sharp, and JVC. None of them resonate with me like the NX800 does. The TV stand by itself has more engineering in it than meets the eye. Most TV stands are a plasticky afterthought. This one holds up the display like a gigantic picture frame yet it’s delicate enough to adjust with a gentle touch, and touch is the name of the game here. There are no tactile buttons. All controls are embedded into the screen bezel which seamlessly blends into the frame. As you graze the glass-like surface, the controls illuminate as if they’re breathing life. It shows extreme attention to detail. Kudos Sony.

So now I’ve got my awesome TV. What’s next? Speakers! Watch out for part two of the “Entertain Yourself” series. Cheers!

Inspired by the easy navigation and use of a book, the book style remote control was created. It was designed to tackle the current problem…

For a point-and-shoot girl like me, navigating through high-tech cameras with their various options is kinda overwhelming. I want my camera to be with all…