It’s called “Rollersphere,” and it’s coming to run you the heck over! I would not get in the way of this one, let me tell you that. I’d mostly expect it to be the work of otherworldly being if I saw it rolling smoothly down the highway. What the heck! Let’s have a little discussion about it! It’s designed by Krasimir Emilov Asenov out of Bulgaria and it’s dependent on electricity. Not just one electrical engine, but several, each of them powered by an accumulator battery and a nice new solar energy system.

Woo doggy can you imagine going over some large ramps in this? I don’t know what would happen. I do know the potential for this is fast. The accumulator batter and solar energy system work in concert like this, there’s a folio of solar sensitive cells on the outside that collect power, supplying it then to the electrical engines. Seem simple enough? Oh that’ll be no problem I bet!

The vehicle moves on a kind of tire mechanism. This mechanism is based on a “speed track system” which means that many treads, each of them covered in elastic, flexible, and strong material, work together to make the car rock and roll.

On the other hand, the designer notes that the vehicle could also employ driving-belts alternatively, making it possible to rotate around the vertical access of the vehicle.

It’s all based on a gyroscopic system, the handling to be handled by joystick. When the driver wants to go left, the vehicle tips (or bends) in left, to go right, the vehicle bends (or tips) right. Just like one of those speedy motorcycles on the fast track.

As for landing after a huge jump — this vehicle does have shock absorbers. The materials used in creating the vehicle will be light, materials like carbon or titanium, so the cage must be strong. The bones must be strong if the skin is soft, you see? The guts (you) must be kept safe.

Also, just for kicks, there are also furrows on either side of the vehicle so that it might some day run on tracks, like a modern day train system. 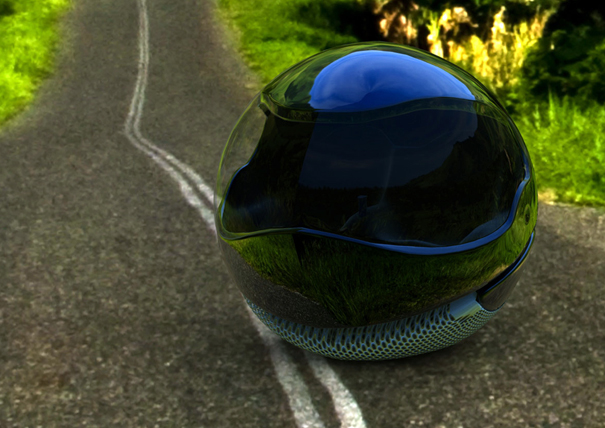 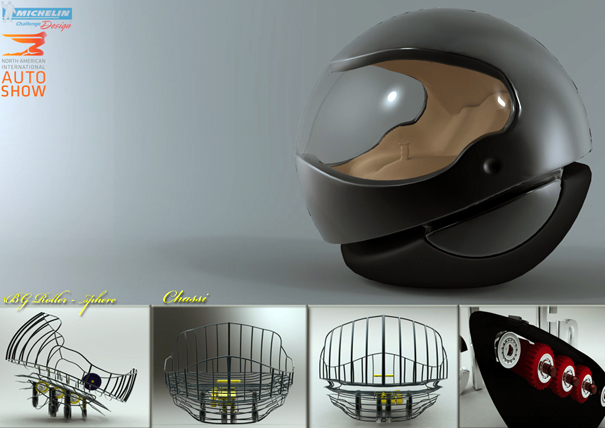 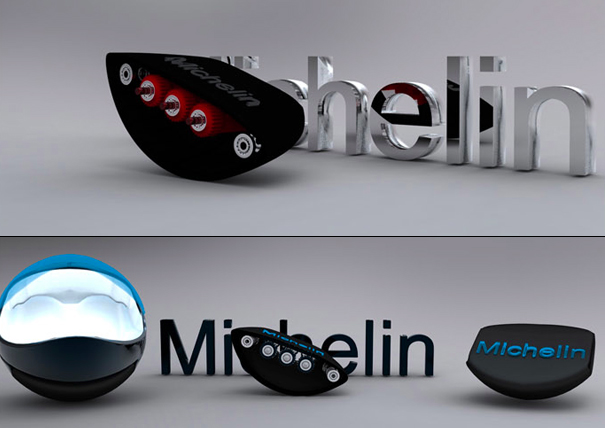 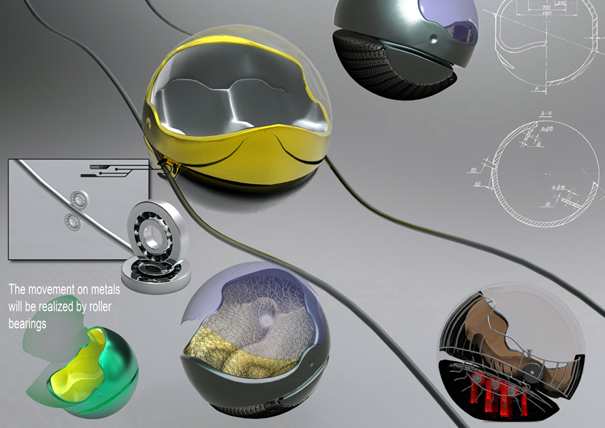 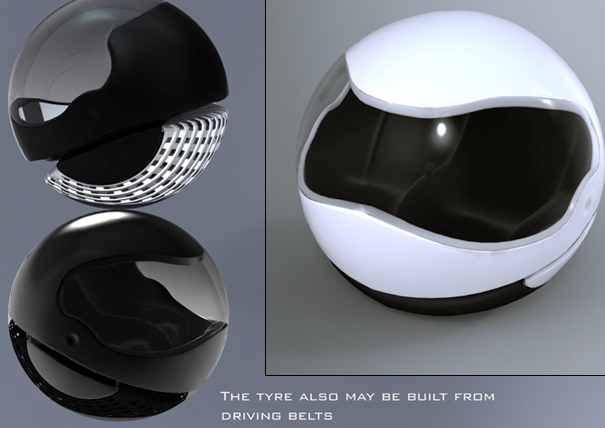 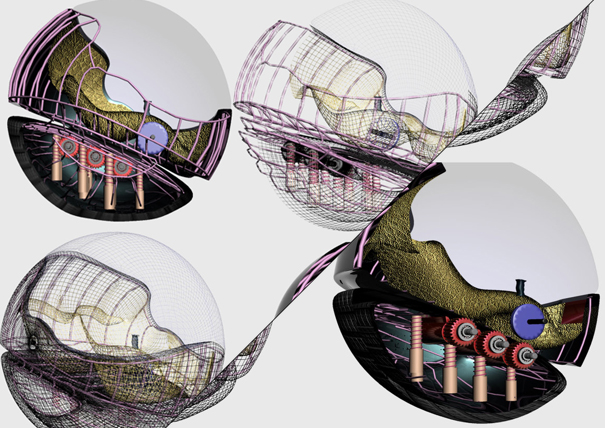 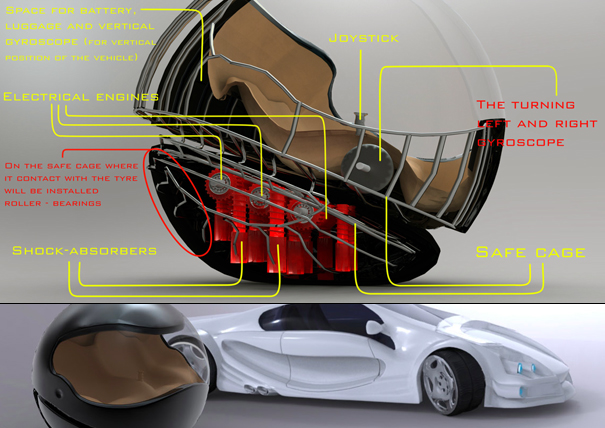 The everlasting enigma. How do you satisfy hundreds and thousands of plane passengers who are very, very unsatisfiable. These people travel back, and forth, and…

Is this the Uber of the future?

The recent release of renderings for Bermuda-based Airis Aerospace’s AirisOne vehicle brings us one step closer to zero-emissions personal aircraft of the future. This all-electric,…