This project is about an amazing set of bikes designerd by L.H.C. the fantastic pro student. Leigh Hendrik Cosentino is a student at Monash University. Not just another bike project – this one’s a bit electric. It addresses storage space, weather resistance and alternate efficient power, lightness and accessibility of a human powered vehicle and visual appeal of a small car. What in the perfect?

One rider. Semi-recumbent seating arrangement. As all you recumbent riders know, that frees up the legs a lot and allows for more airflow around the rider. Speaking of that, there’s vents at the bottom underside of the cabin, bringing in that circulation. That air then escapes via vents under the top fin.

Telescoping steering for users of all sizes. Steering tightness made for packed streets and tight car parks. Shaped so four can fit in a single car space. Boarding and un-boarding done via a hydraulically controlled vertical tilting door opening a big ol’ entry space. Or you could just jump in using the grab handles.

Generic wall plug for charging through all the normal plug locations. The tilting mechanism is also maintains stability while turning. Made for leaning.

Forward and rear LED lighting for that most amazing left and right signaling ability as well as night biking. Indicator lights places above the front wheel arches for 360 degrees of visibility.

And it’s relatively cheap to produce.

And with all that flat open real-estate on the sides, it’s gonna be perfect for promotions.

— AND IT’S MADE OF GOLD. AND IT’S FROM OUTER SPACE! 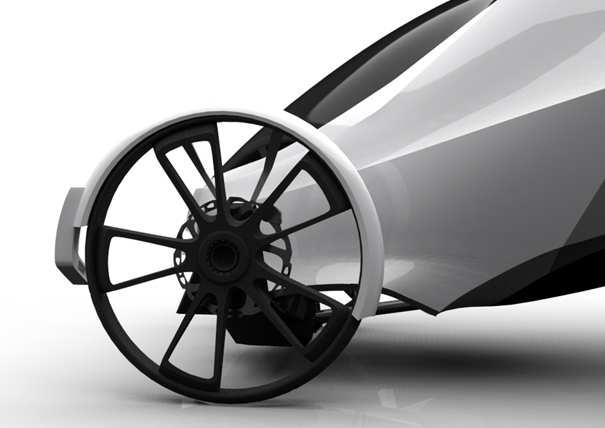 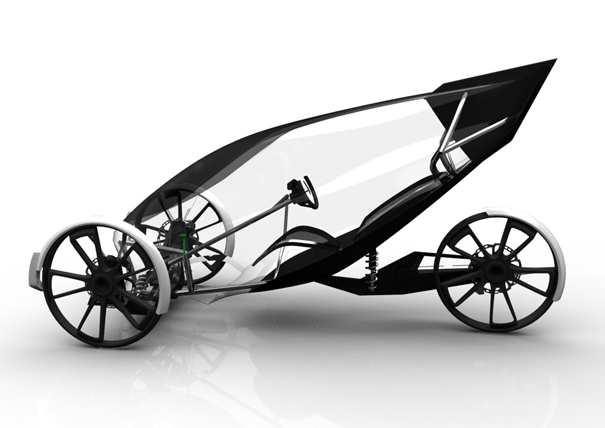 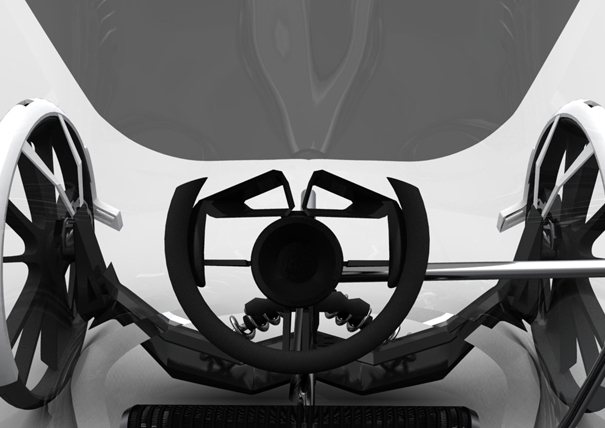 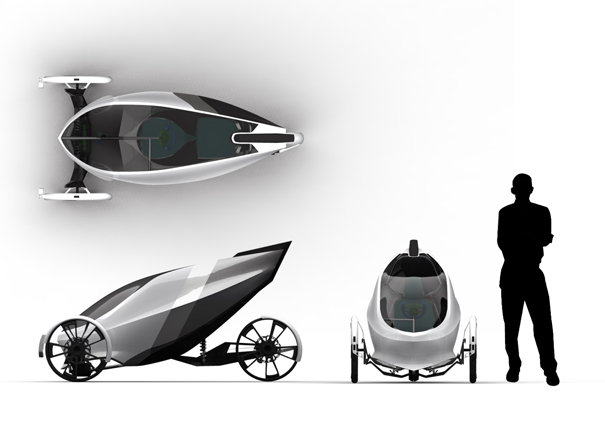 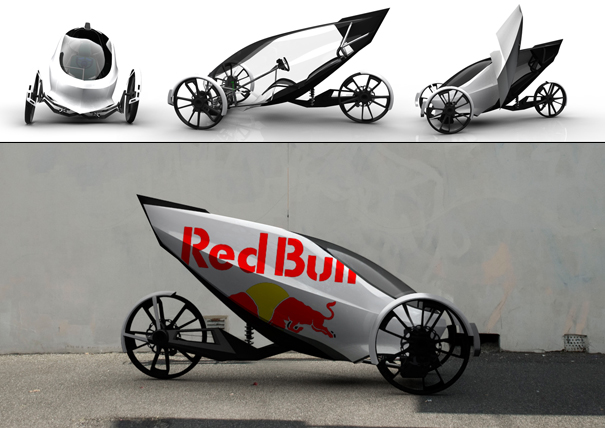 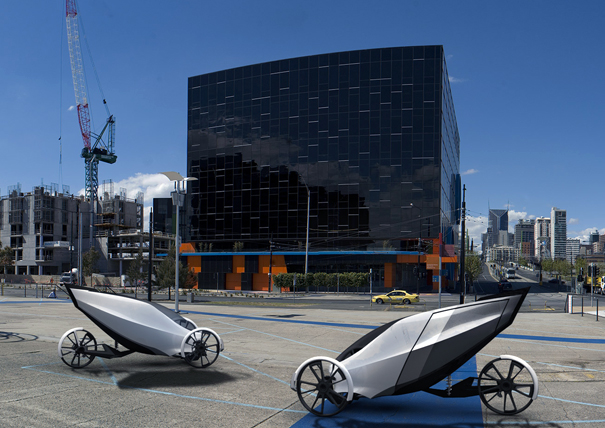 Luxury Coupé With A Biodegradable Body

As the entire world is waking up to the fact that preservation of nature is essential for the existence of humanity, Eco-friendly products are gathering…

Now this is a Jag

Without looking, take a minute to describe what you imagine a Jag looking like… chances are, you just described the classics AND the modern Jaguar…

What if a niche builder of old school gentleman’s conveyances turned modern luxury goods manufacturer made a passenger drone?! This far out question is the…

Rollin on six wheels bringin some gear. The A.N.T. vehicle is first and foremost an aid vehicle. ANT stands for Aid Necessities Transporter, mover of…