Adric Henkel’s go the future of public furniture and home entertaining all figured out right here with a single seat. It’s what basically amounts to a projector and an image collecting seat back – the simplicity of the concept’s where this shines hard. Henkel sees a future where furniture is interactive on a whole new level. Uncontrollable and wild images on the backs of chairs is just the beginning.

Henkel refers to Phillips Lumalive and E-Ink as a couple inspirations for future furniture. In the example of his you see below, it’s less about interactivity and more about entertainment and advertising possibilities.

Imagine the streets full of moving image benches. Imagine your next dinner party having seats displaying images of your family. – Or better yet, say you’re having a Hawaiian-theme party… or a ZOMBIE party – blood and guts everywhere! 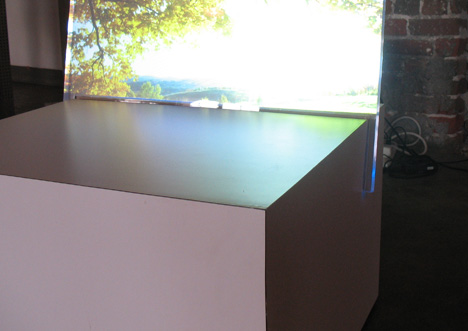 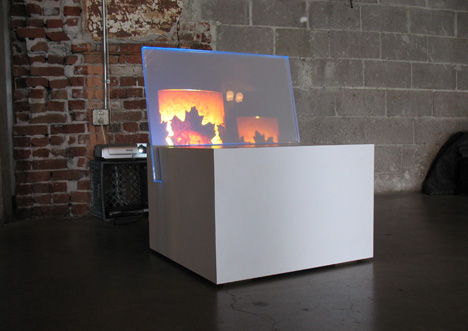 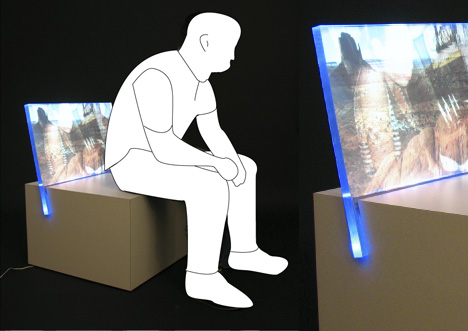 A wireless massager comes concealed in this sofa design, making it perfect for all couch potatoes!

Since we spend most of our time in our homes (especially in 2020), we might as well make those spaces as comfortable and relaxing as…

This wooden cat tower will keep your cat entertained for hours and blends right into modern living rooms!

Oh, the Swiss. Look at what Michel Bussien’s made. It’s called the “Growing Chair” and it’s potted just for you! Sit on your favorite tree…

Lamps or light has been an essential part of our existence since the cavemen first discovered fire. Being one of those products that we can’t…