Many of us park our cars at the railway station and then catch the local train to work or wherever it is that we have to go. Building on this theory is the Paracité, a single person commuter car that plans on putting the car itself on the rail tracks. Generally there is a 5 miles free space between two trains on a regular railway track. This free space and time can be utilized by these commuter cars to get people going on to their destinations. Essentially just hop into Paracité and drive up to the station and skip the train and wait for your turn; use the tracks till your destination and then drive off in it for the remainder of the journey. Sounds like a neat idea but could become a logistical nightmare for the stationmaster to handle trains and cars!

In case you missed it, the car has a retractable arm that acts as a balance on the railway lines and covers the distance between the tracks. Its tucks away neatly to the side when on the road. 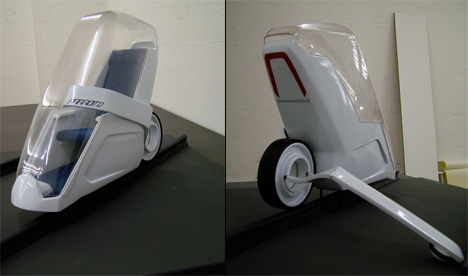 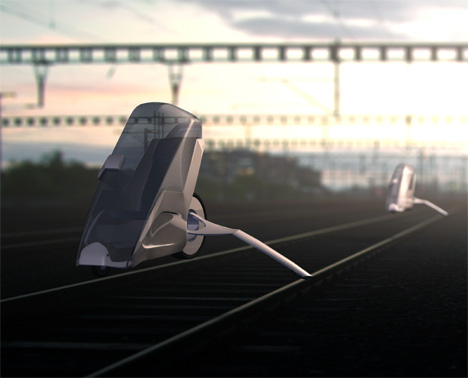 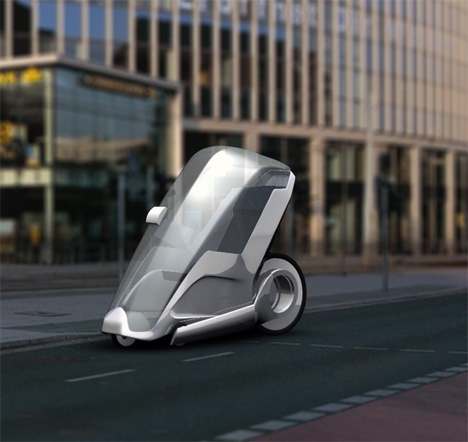 The AERIAL hammock tent lets you take your comfortable camping experience to a ‘higher level’!

UPDATE: less than 24 hours left! The AERIAL A1 is a fusion of the best aspects of three separate products. It combines the safety and sheltering…

Yachts for days! I always love a good yacht design. This one goes by the name Submerge and is a 150′ catamaran powerboat. It means business….

How not to sink while still staying nice-looking for all the squirrels and dolphins and mythical forrest animals. That’s the alternate title to this post. This…

Roll Out, Child, Roll Out

Literally, this car is called the “Joyride.” Below you will find a definition of Joyride, as provided by the designers. It is wild. Let’s talk about…

GelenK is an exploration in transformable trucks for both long-distance and urban transport. The vehicle features a “split driving mode” where the trailers are not towed,…