Yes! You’ve heard of it in your historical legend class teachings, but you’ve never thought it could be harnessed again in our time! But it has been! The refraction of light, my friend, the very harnessing of waves of brightness through awesome, awesome science. What we’ve got here is an installation proving the power of refraction yet again, this time with singles and bunches of LED lights and laser-cut acrylic to lead the way.

Behind curtain number one we’ve got history!

In the 18th century in particular, candles were mounted in magnificent candelabra and chandeliers which amplified the light through lead crystal drops cut into prismatic shapes. These designs were based on the principles of reflection, refraction and diffusion which were first written about by Newton and Huygens around 1690.

This project is titled “Isis Sea Fan” The Isis Sea Fan is named after the organic forms it mymics, (sea fans: soft tendrilled coral,) to create a connection between technology and natural forms. As for materials; the material that appears to be glass is actually laser cut optically clear acrylic.

Behind the third curtain we’ve got what I’ve got to say!

These are just shiny as all getout, and I think it would be fantastic to see an entire 2 story wall full of these, refracting and refracting, all the way up and down, side to side on the wall. 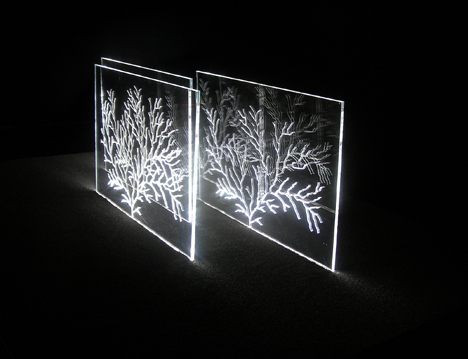 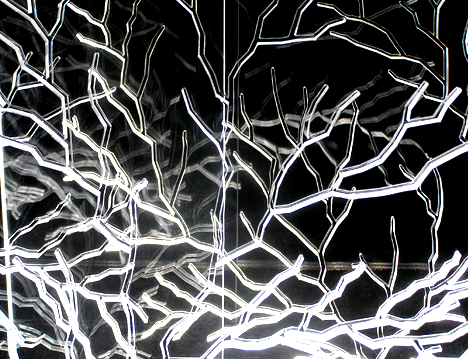 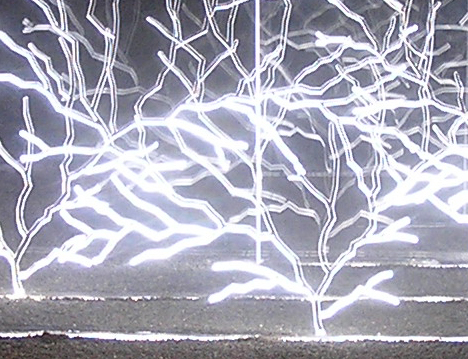 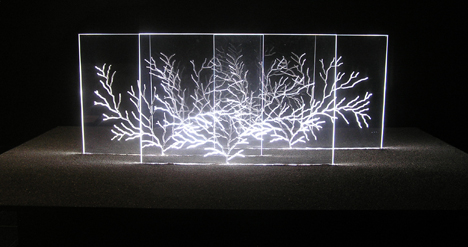 This odd amoeba looking lamp is actually made from broken tempered glass coated with a silicone lining. This affords it the kind of malleability that…

The Eco Freezer is a small picnic-hamper-sized freezer unit that uses a unique method to keep your beverages and salads chilled and fresh. The cover…

People know IKEA for names like BILLY, POÄNG, and MALM. IKEA furniture has graced the halls and living rooms of most of the homes I’ve…