I said that and I’ll say it again. Stomping. Design is best with stomping. If you have to stomp to make the device work, then it’s good. Unless it’s a television. This is what you throw the tiny broken tv into. Then you stomp it. With the ironically titled “Armstrong Bin” compression dustbin, you can compact your trash and get a total thumbs up from the earth that the garbage is inevitably going to fill up!

Kidding! The title is actually very clever with the concept. It’s Armstrong like Neil Armstrong, aka the first man to stomp on the moon. The Armstrong dust bin aims to be the first cleverly named step in reducing the space taken by the garbage we just do not stop making!

Stomp it. Stomp it and KILL it. 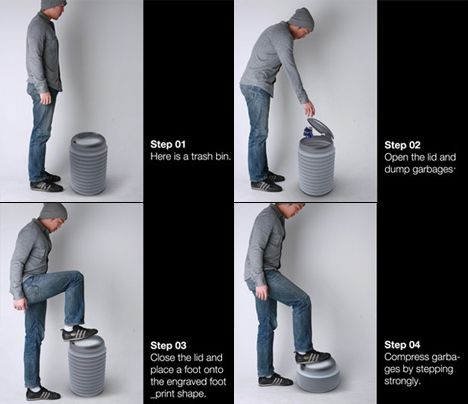 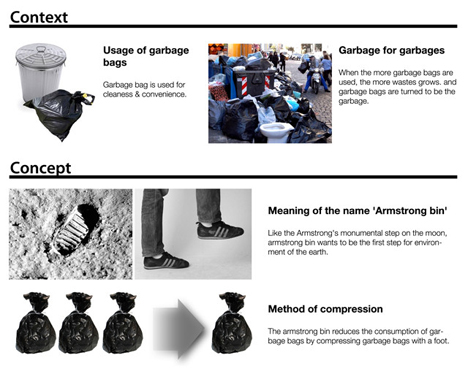 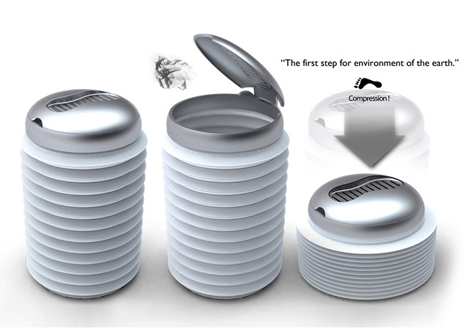 A ladder to make neighbors jealous

You’ve probably played the board game Snakes and Ladders before. Here’s a ladder with a new personality. It can coil up like a snake.! Now…