I bet my wrist is jealous. It hasn’t seen an accessory adorn its graceful neck in years thanks to the advent of mobile phones. Tho there have been several attempts by designers and companies to integrate the two, they’ve never been successful. The On Time Headset System seems to be a much better marriage between them and one I could see myself using.

It’s technically a bracelet but it tells time so that makes it a watch, but it also handles calls which means it’s a mobile phone. When someone calls, the bracelet rings and/or vibrates. The entire face pops out as a wireless headset without sacrificing a screen since there’s a secondary LCD. Both LCDs are touch enabled.

Is there still room for concepts like this or have we all moved on and embraced miniaturized handheld computers (cough: smartphones) as the current and wave of the future? 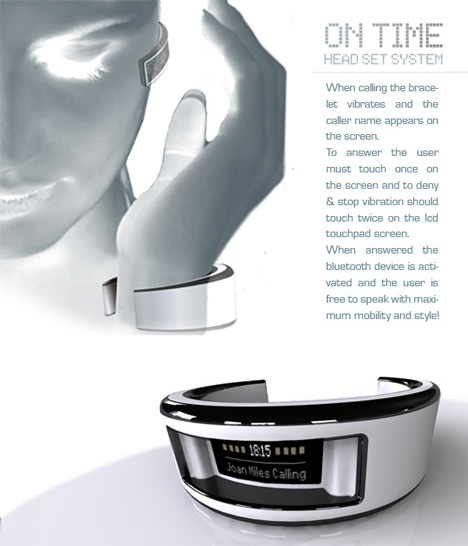 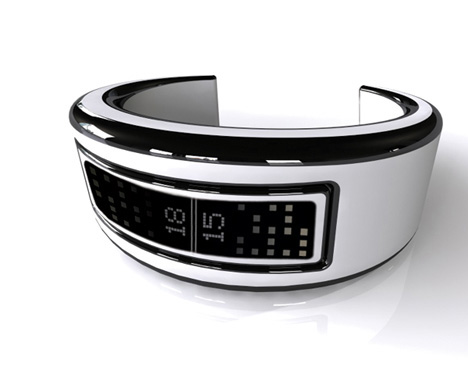 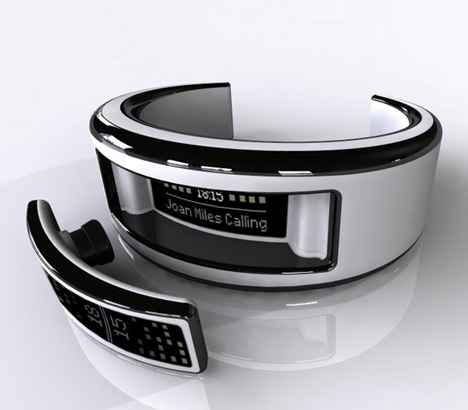 As advanced as 3D printing has become, we still imagine the results as being rudimentary. The Printed Prehensile is an exploration into complex 3D printing…

Daydream in the Clouds

Who hasn’t dreamt of laying on the clouds?! This playful seating collection called Cirrus brings the fluffy stuff indoors in a whimsical series of gentle…

Meet the Blossom, an award-winning ceiling fan with a minimalist flower-inspired aesthetic

Ceiling fans never got their ‘Dyson’ moment… for the most part, they’re still the same boring-looking bladed structures that spin from your ceiling. The Blossom…