I am that stage in my life where I couldn’t care a less about the make or model of the mobile phone I use. I simply want functionality and that’s it! However according to my son, if he doesn’t get the latest model, his social life will be dead and he probably will be an outcast for holding that hands-me-down number! Do I have to get him a new mobile, every time the fad changes? No, not if something like the Infinite Sustainable Mobile Phone pops up. 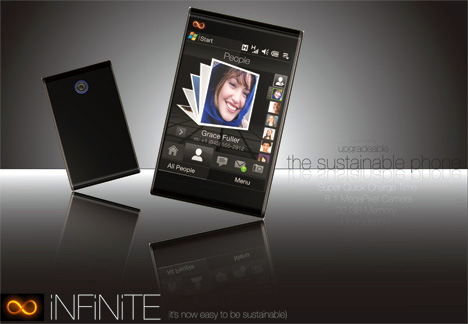 Here is a sustainable phone that promises to last you till infinity. Going by the storyboard that designer Will Orrock has presented, his idea doesn’t seem too far fetched to perceive. 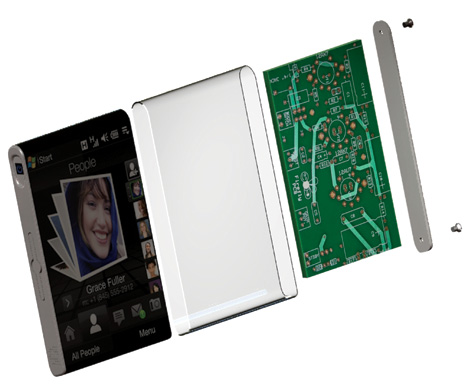 The phone follows the 4-layer concept and comprises of battery, OLED screen wrap, high-strength polymer housing and printed circuit board. These four layers are the core of the phone and can be tackled individually.

Organic Radical Battery is the choice for powering Infinite. This is to take advantage of the eco-friendly form that doesn’t use natural heavy metals found in conventional batteries. Using ORB also makes the form-factor of the phone slim plus the added bonus of faster charge time (expected to be between 30 seconds to 2 minutes) makes it attractive. 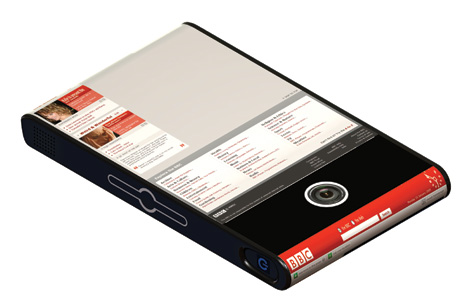 Orrock says that the OLED layer needs to be backed by a tungsten layer in order to operate. The screen also covers most of the phone, hence it blends into the environment and hopefully future generations will still find it kewl!

The Polymer Housing cavity is thus fashioned that you can easily access the PCB and the battery.

All the layers of this phone can be either broken down to replace upgrade or recycle individually. 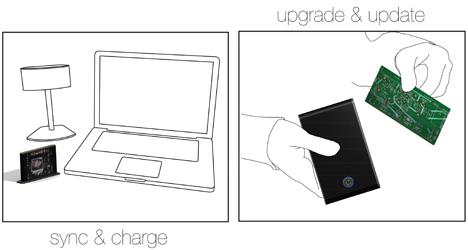 Both the hardware and the software of the phone are envisioned on the fact that they can be easily upgraded to match the current market trends. Naturally the discarded parts will go to the recycle bin. 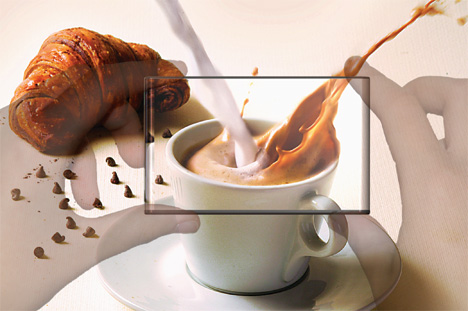 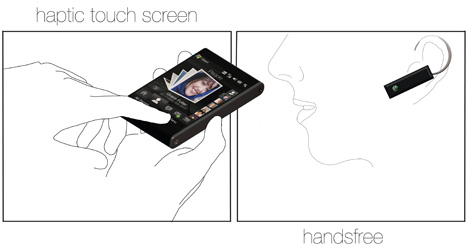 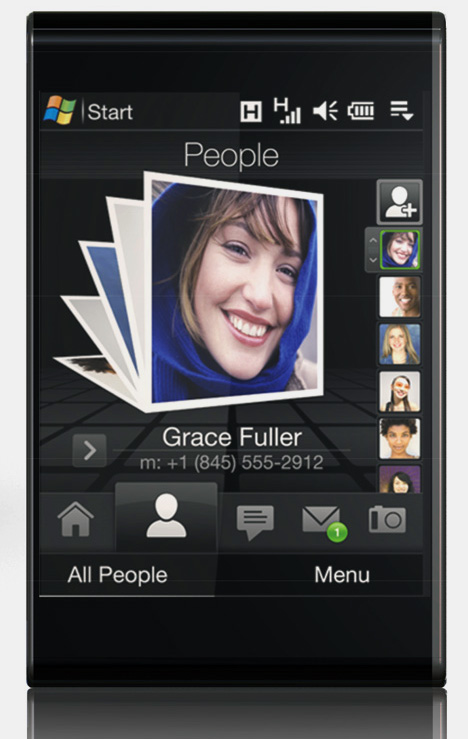 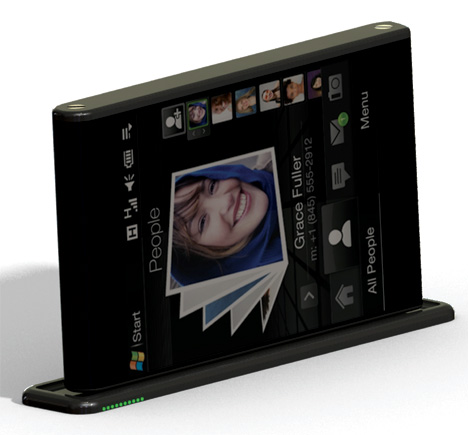 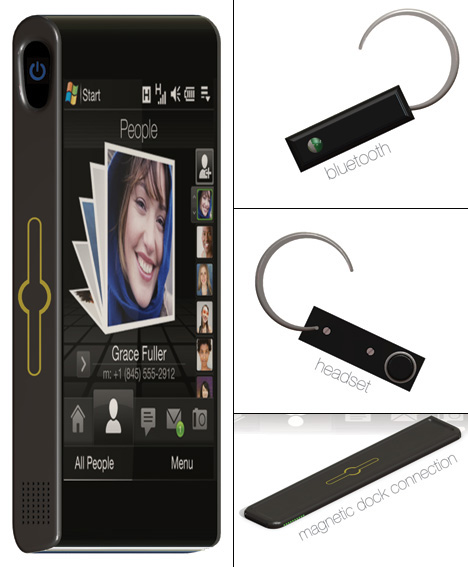 Unless you work at Google or a similar office, ventilating your glass-chambered chubby-hole room can be a slightly tricky situation. This also could be the…

There are bowls that cannot be used because of small defects. And there are people around us that need these bowls. Bring Luck was made…