In 1991 the Apple we know so well today was totally different. Steve Jobs had not yet returned to the company. Apple’s new focus was to diversify its core technologies beyond the scope of computers and CEO John Sculley was not shy about sharing the company’s secrets unlike the iron curtain Apple hangs today. Let’s take a step back and check out some of these concepts from yesteryear. 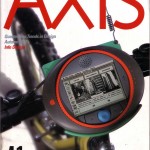 GPS and database mapping similar to Google Maps, except for the bicycler. Voice instructions, UI navigation via tilt ball, portable printing, and syncing. 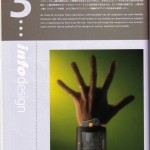 Cellular wristtop computing. Making phone calls on the go while having complete access to your computer’s files. UI navigation via rollerball and wireless printing. Experimentation with high contrast monochrome displays that look like e-ink displays of today. 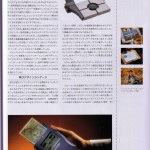 Small devices abound in the company’s portfolio. In this handheld device, we see Apple experimenting with a simple click-wheel interface – later to become synonomous with iPods. They even imagined digital currency exchangers that can convert one form of paper money into another. 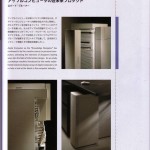 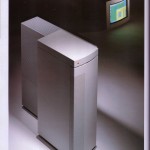 Before there were the steel tower Macs, Apple’s top tier line of computers were called Quadras. They featured off white monolithic tower designs with the obligatory horizontal etching found on all Macs at the time. This concept demonstrates how Apple is beginning to design machines to utilize space better. No longer should they stand out as sore thumbs, but blend in and hide their computing prowess with doors, slits, complete with cable organization. 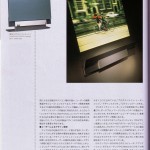 There was a time when Apple considered expanding into the realm of home entertainment. Devices that looked sexy enough to fit in modern living rooms. Concepts with flat screens, projection technologies, and even intergrated computers (cough: iMac). 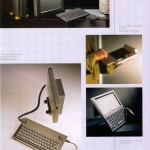 During this time, Apple outsourced almost all of its design and there was a real focus on miniturizing the computing experience for mobility. They envisaged desktop computers specifically for work cubicals and even what looks like precusors to handheld computers like the Sony UX and OQO. 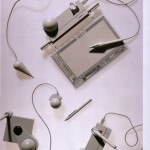 Apple still dominated the print and publishing world. There was a real need to understand what digital artists needed from their computers. The single button mouse just wasn’t gonna cut it. Apple prototyped a whole range of pointer contraptions to fulfill every niche. They even saw a need for a pen tablet, 15 years before the Wacom Cintiq came to market. 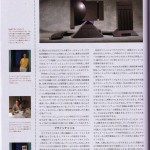 Before the return on Steve Jobs, Apple looked for a way to evolve their design DNA. The monolithic off white forms turned dark. Extreme geometry was introduced and for a time, Apple’s army of designers envisioned a future of dark, sleek appliances unlike anything else in the computing world. Several black Macintoshes were even produced but when Steve Job returned to the helm in 1997, that design aesthetic was killed off and the translucent iMac was born.

Your Next Charger Could Be A Ball of Yarn

Not a real ball of yarn but close enough to elicit “ooh’s” and “ahh’s” from neighborhood cats. Seriously, spools of yarn are like kitty crack…

While all power outlets might be one standard size, the plugs for our devices vary greatly from one to the next. It can be utter…

When you think of robotic police enforcement, I would hope that your mind would travel first to the most awesome of all part-robot police enforcers,…