Carbon Dioxide Scrubber is a device researched by David Keith and his team. The system looks at capturing CO2 directly from the air and making it cleaner. Not completely devoid of shortcomings, the technology of reducing diffused emissions has the skeptics on the fence. Here is a concept that looks at that addressing the issue of an individual doing his bit for the environment. The eCO2 is a personal scrubber that tries to erase the personal carbon footprint of the individual.

The question here is not whether the eCO2 concept is realistic or not. Instead, let us see what all it tries to do, to make us more responsible citizens of this planet. Fashioned as an athletic wristwatch it uses kinetic energy as a clean power source. Although it does function as a regular watch, it also constantly keeps pulling in air through the intake vents collecting CO2, and expels new clean air via the exhaust vents. A step in the right direction for an individual, the eCO2 has the potential to make a powerful impact if worn collectively. Now only if somehow we could balance out the pros and the cons of a carbon dioxide scrubber. 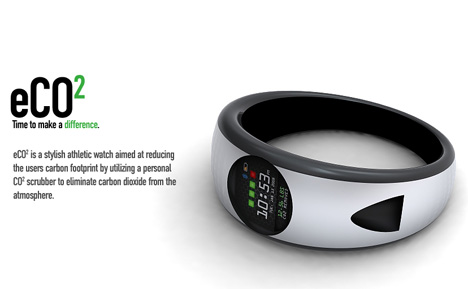 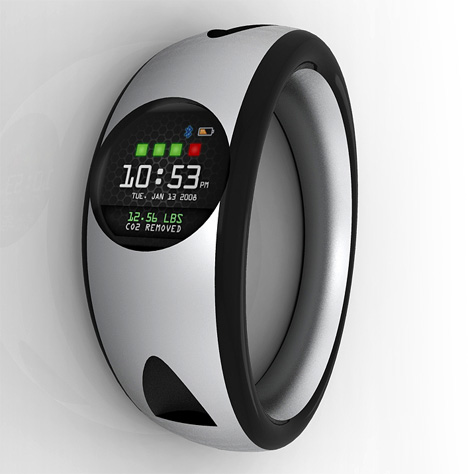 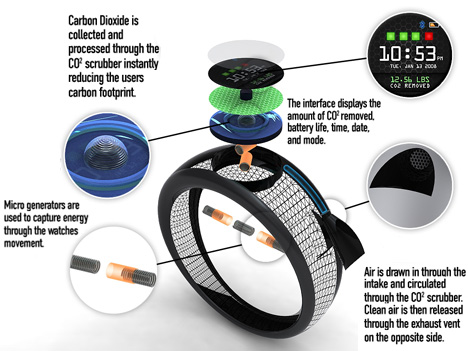 This perfect book-bench uses Corian in an inspiring way

I remember having a bench quite similar to the ‘LAPS Bench’ that we see here. The sole purpose of my bench was to be a…

A Perfect Example of User-centered Design

Naturally, medical devices have a direct impact on the patient and because of this they must provide an intuitive user experience that is both considering…

The Easystir is an automatic stirrer that allows you to pursue other work while it diligently looks after your dish. Foods like soups, broths and…