Mac Funamizu names his newest project a little too well, calling the desktop hygrometer and thermometer “Tired of Numbers.” Yanko Design is, incase you were unaware, primarily a blog about design concepts. Project after project, time after time, Mac Funamizu defines the Yanko motto: “Form Beyond Function.” And I mean that in as positive a manner as possible!

These objects are pretty self-explainitory, with the exception of a detail from Mac: “Red circles become blue when the temperature becomes negative.” Wild ideas! I wouldn’t mind the temp one for my desk. These were probably thought of about 15 years too late. They’d have been right at home amongst the rest of the colored-water objects sold at the fun-science stores in the Mall of America all that time ago.

For more extreme Mac action, click his name below. 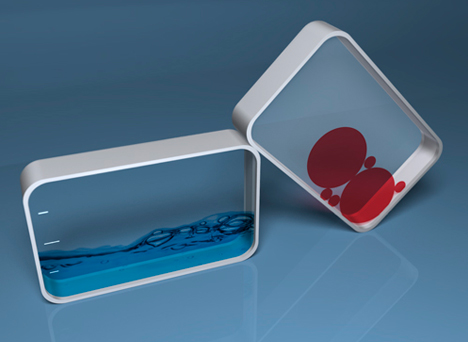 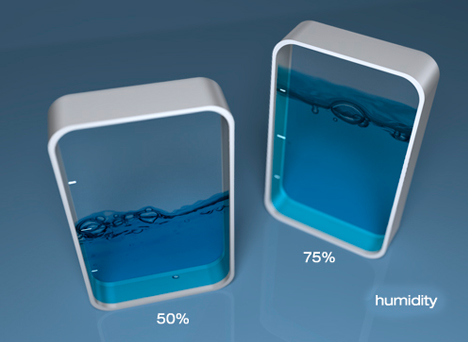 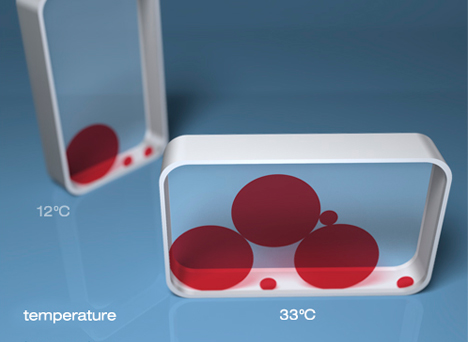 The pen may be mightier than the sword in theory, but practically, try fighting off a predator with a pen. Well, things get a whole…

https://www.kickstarter.com/projects/sniperbladeworks/the-award-winning-tactical-knife-set-by-sniper-bladeworks 400. That’s how many units of the Sniper Bladeworks 2020: Reload Collection are being put into production, making them some of the most exclusive…

The result of a collaboration between engineers, programmers, psychologists and designers, MOnarCH is an experiment in social robotics that aims to provide edutainment to children,…

Piece of art or an air purifier?

Forget about its completely justifiable functionality, we want a Coway FAB purely to admire! This undeniably attractive and beautifully considered example of design has been…