Everyone has at least one yacht. I have six. But for those who want a yacht that’s unlike their other yachts, there’s the SENTORI 58R. The SENTORI 58R is a flybridge motor yacht, with three decks, a length of about 18m and a displacement of 28to. And it’s totally phat.

From the designer, Mr. Gumpold:

My name is Christian Gumpold and I’m a postgraduate of the University of Applied Science in Graz, Austria for industrial design. My partner Christopher Gloning and I developed a 58 feet flybridge motoryacht during our diploma thesis, together with a cooperation partner. The target is serial production. In february of 2009 the first prototype will be finished. Just now my partner and i are working on detailing and are founding a design studio, specializing on naval architecture.

And some of the massive amount of details:

The vessel is powered by 2x 715 HP volvo penta diesel engines and can reach a topspeed of about 30knots. The interior layout is organized into 3 decks: the main deck, consisting of the open air stern-area directly connected to the lounge area, the pantry, dinette, and main helm station, as well as a sunbathing area at the bow section. The owners state room, the vip cabin, and the guest cabin, each with own bathroom, shower and toilet are located in the lower deck. On the third deck the second helm station is located, as well as a lounge area, a sunbathing area and the wet-bar including a fridge, a washing basin and a barbecue pit.

Exterior design: usually the height of vessels having a length of up to 18m and being constructed as a flybridge-version, is proportionally not ideal. the draft of SENTORI 58R, in comparison, appears extremely low and wide, especially the rear view. The general exterior- design language of the vessel is mainly inspired by automotive design, using surface tensions and automotive, coupe- type key elements.

As the second helm station on the flybride is exposed to climatic influence it can be protected by automatically flattening the instruments and covering the whole keyboard with a sliding transparent panel. The wet bar is one of the key elements on SENTORI 58R: it does not only serve as a common bar, but it is also a skylight for the main deck and illuminates the flybridge at night.

Let me tell you, if you want more info than this, post comment questions and Mr. Gumpold or one of his associates I’m sure would be happy to answer some way or another. There are so many features included in this yacht, you’d think they were designing it for rich people.

Can you believe it!

In a nutshell, this is the fatboy motorcycle or coupe version of a yacht. Get this and [email protected] 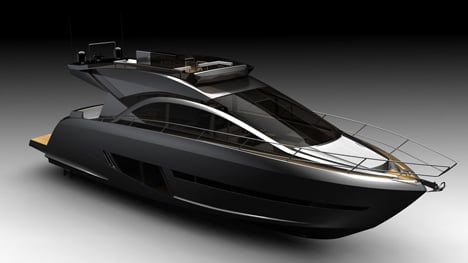 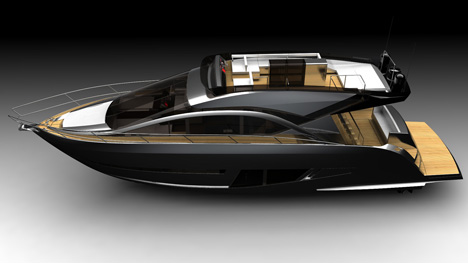 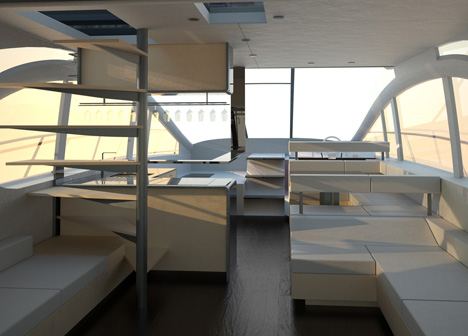 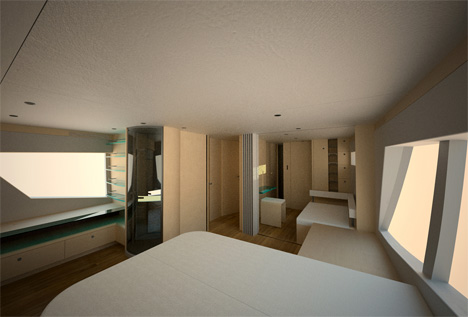 Yet another intriguing concept from yacht enthusiast Hyun-Seok Kim. The Voronoi mega-yacht is named after the voronoi pattern of the irregular honeycomb lattice structure that…

Hey you! I bet you like going really fast on water huh? Check out the KTM Barracuda – developed for circuit races. It’s the equivalent…

Traveling with your pet can be tough. It gets even harder when you have more than one tagging along for the ride. Lugging your dog…