A friend of mine just moved to Sweden and showed me potential apartments in the downtown area. I was shocked to see how tiny the bathrooms are. It didn’t have a tub and the toilet actually sat in the shower. Next to that you had the small vanity and a towel rack. The Flight Concept by Isabelle Hauser could be the answer for such small tight spaces.

Flight combines a washing table, shower cubicle and folding bathtub all into one piece. Pneumatic springs slow down the tipping device. The springs, when folded reveal handles facilitating entry through the shower cabin into the bathtub. The bathroom fixtures are accessible via the washing table and shower cabin. Thanks to the magnetic sprinkler, it can be placed comfortably in the shower in any position and place. A big drawer under the washing table provides extra space and an outlet. There is a lamp at the end of the table which can be used as reading lamp or general shower lightning.

Nice idea but I have a feeling six foot two Americans will have a hard time fitting into this one. 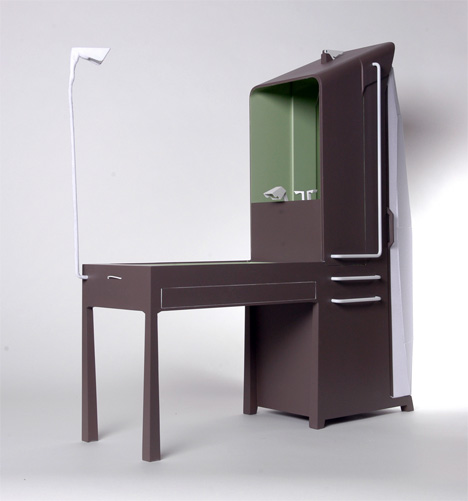 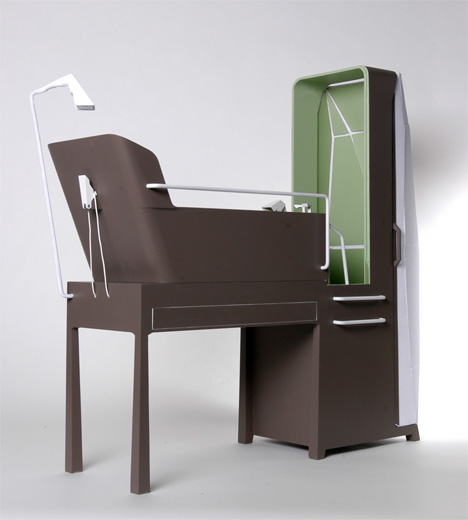 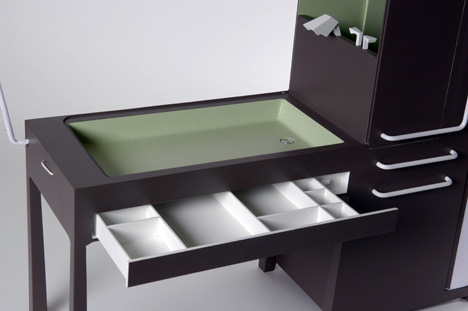 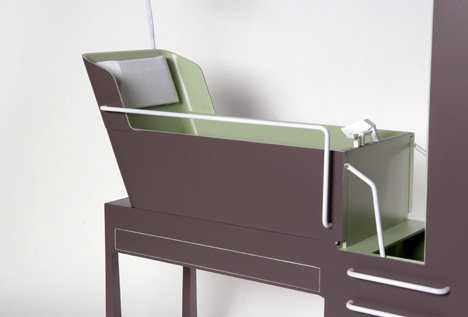 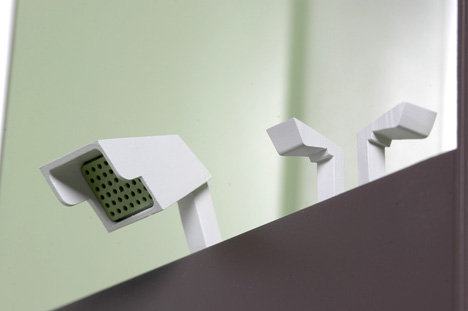 The Innards of an Eye; Reformed to Light a Room

When an establishment you do own, a hook you must have. You need to be able to make people have an experience when they enter…

Modular homes have been on the rise. Even if we’re only dreaming, each one of us is searching high and low for our own prefabricated…

The ‘Solarise’ lampshade depicts a subtle image of the London skyline and mimics the effect of the sun rising. As the sky gets brighter, the…

This grooming kit is Man-tastic!

The Beast grooming kit isn’t for the faint hearted. This set of grooming tools is made strictly for the alpha male, with its chiseled, sharp…