Waugh Thistleton has submitted an entirely timber tower for planning in Hackney, London. To be constructed entirely in timber, the nine-storey high-rise is set to be the tallest timber residential building in the world. Comprising both private and affordable housing, the scheme will comprise of twenty-nine apartments each with their own balcony.The tower has been commissioned by house builder Telford Homes and is scheduled to start on site in the autumn.

The building has been designed using a cross-laminated timber panel system. The system has been pioneered by manufacturers KLH of Austria and is akin to jumbo plywood, arriving on site in panels up to 9m in length. This will be the first building in the world of this height to construct not only load-bearing walls and floor slabs but also stair and lift cores entirely from timber.

Each of the panels is prefabricated including cutouts for windows and doors. As the panels arrive on site they are immediately craned into position, dramatically reducing the time on site. The entire nine-story structure will be up and built within nine weeks.

Timber absorbs carbon throughout its natural life and continues to store that carbon when cut. The fabric of the Murray Grove tower will store over 181 tonnes of carbon. Additionally, by not using a reinforced concrete frame, a further 125 tonnes of carbon are saved from entering the atmosphere. This is equivalent to 21 years of carbon emissions from a building of this size.

The concept for the façade is inspired by the work of artist Gerhard Richter. Recording the changing light and shadows formed on the vacant site by surrounding buildings and trees, the pattern was captured through a sun-path animation. The resulting image was pixellated and blurred, then picked up and wrapped around the building.

The exterior cladding forming this pixilated image is made up of over 5,000 individual panels across the building in three shades: white, grey and black. The 1200×150mm panels are manufactured by Eternit and made up of 70% waste timber.

Each of the twenty-nine apartments will have their own internal balcony and with the deep-set windows these will appear as the ‘missing pieces’ on the façade; an additional punctuated rhythm over the abstract image of the façade. 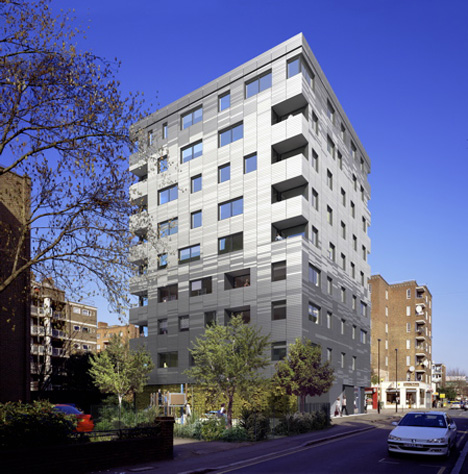 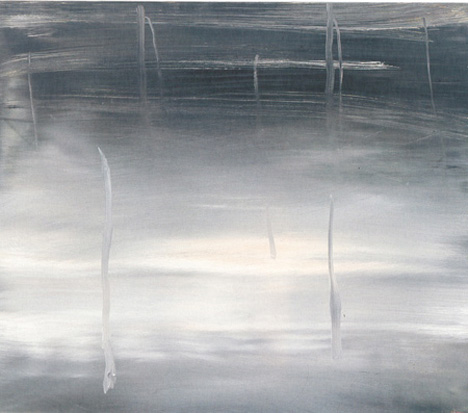 Drammen on Down the Road to Car Island

Moliving is a nomadic hospitality solution made up of Scandinavian-inspired prefab tiny homes. Tiny homes are changing the hotel game. With the pandemic restricting air…

Having a house in the middle of the forest, away from all civilization, seems to be more and more appealing these days. But for a…

This tiny home features a bedroom loft and fold-out deck to balance comfort with adventure!

The Draper is a tiny home from Colorado-based RV company, Land Ark that features a mudroom, clerestory windows, and versatile interior design elements to find…