Museum extensions are a tricky predicament and something of a teeth-cutting exercise for any architect. Steven Holl Architects’ extension to the Nelson-Atkins Museum of Art in Kansas City has torn up the rule book of established codes of extension conduct and transformed the existing building into one of the most exciting exhibition spaces we’ve seen.

The existing Nelson-Atkins museum is a ceremonial, classical structure – all colonnades, porticos and grand facades, sitting atop the undulating hillocks looking down on Kansas City. When in 1999, Steven Holl Architects entered the competition to build a suitable extension, it was the only firm daring enough to tamper with the existing façade and not hide its proposed structure in the shadow of the grand building. And it clearly paid off.

The Bloch Building, as the extension is called, consists of five glass ‘lenses’ that rise up in front and to the side of the original museum in striking contrast to its heavy stone material. Rolling away from the museum, echoing the landscape, it is the luminary effect of the glass that is the most striking feature. By day, the multiple layers of glass diffuse and refract light into the galleries creating an otherworldly atmosphere within, whilst by night, the glass structures glow, flooding light across the sculpture gardens they encircle.

Quite apart from the external visual effect of the extension, the five new galleries have added 70 per cent more gallery space, the unveiling of which marks the final stage of the reinstallation 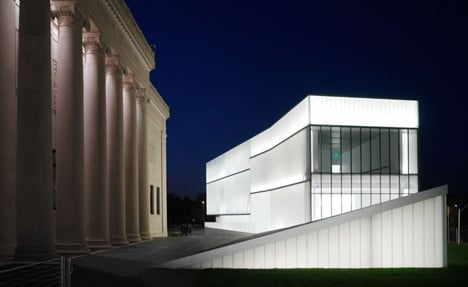 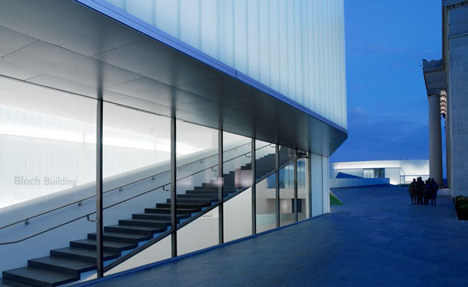 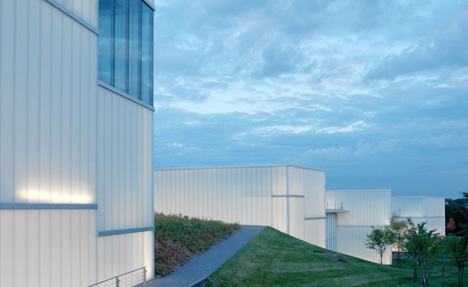 Now that the city of Dubai seems to be building pretty much anything and everything you can think of, from the world’s tallest building, the…

This minimal design by Justin Chong packs everything you need in one 3 meter x 3 meter space! The Cube home features a thoughtfully placed…