The Honda Cub motorcycle by Sam Jilbert utilises the potential for a radically revised layout, dispensing with convention due to its use of a hydrogen fuel cell. For so long has mankind had an addiction to the internal combustion engine with its limitations of form and package layout, but now totally revised and interesting concepts can be created by placing or moulding the hydrogen power-plant components in unusual and previously unfeasible forms. Sam explains: “I’ve based this concept around the Honda Cub, which has been around for decades and is still very popular on the continent with locals and tourists alike. The Cub is very practical but this concept takes it to a new level, with a provocative image and being environmentally responsible, the new Cub should appeal to young city professionals and the young trendy market in general.” 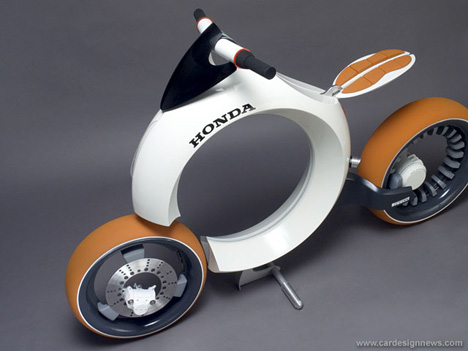 [The designers of this product is of Ukrainian origin. YD is sharing work from Ukrainian designers/students in the hopes of amplifying their talent and giving…

This DIY flatpack van conversion kit makes it easy to transform your van in a mobile camper overnight!

VanLab creates high-quality, flatpack DIY van conversion kits just like IKEA furniture kits so anyone can turn their van into a mobile camper. You just…