I don’t think I’ve seen anything quite as powerful as this.

Rather aptly named Zeus, after the Greek God of thunder and lightning, this tiny GaN charger holds the title of being the world’s smallest and most powerful charging brick. Measuring just 3.5 inches long and 2 inches wide (and being 45% lighter than other industry-leading chargers), Zeus comes with a whopping output of 270W that lets it concurrently charge 4 devices together while efficiently managing power delivery to fast-charge your devices. That 270W output gives Zeus the ability to charge as many as 3 laptops all at once, helping declutter your workspace and allowing you and your partner to basically work out of the same room without having to fight for who gets to use the one power socket closest to the table. 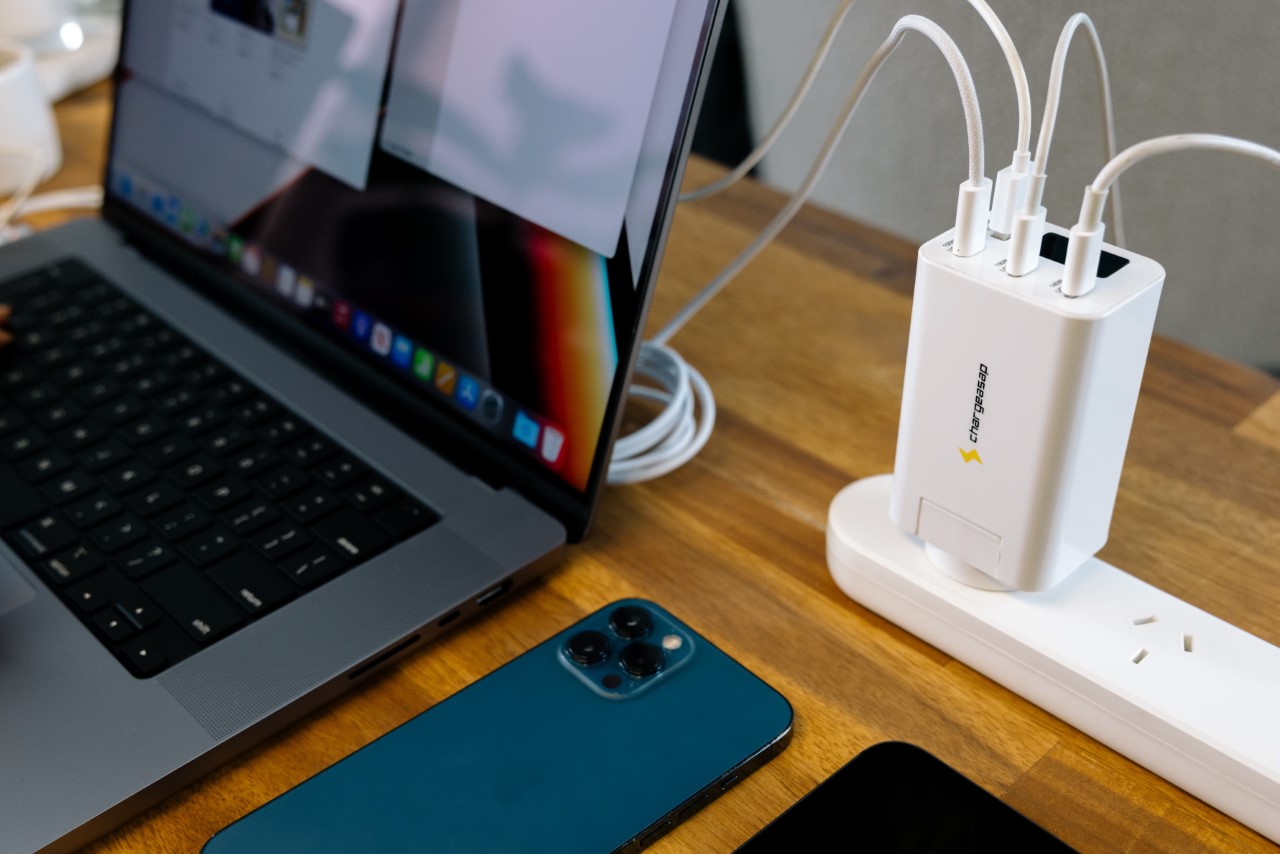 The Chargeasap Zeus is a versatile little beast that’s designed to be compact enough to occupy minimal space on your power strip without blocking out other sockets, as well as slide right into your backpack when not in use. It sports 4 ports on its top, including one USB-A port outputting 22.5W and three USB-C ports with two of them capable of 100W and one 140W. A tiny OLED screen right beside the ports gives you detailed stats of the power delivery, so you know which devices are fast-charging based on their power consumption. 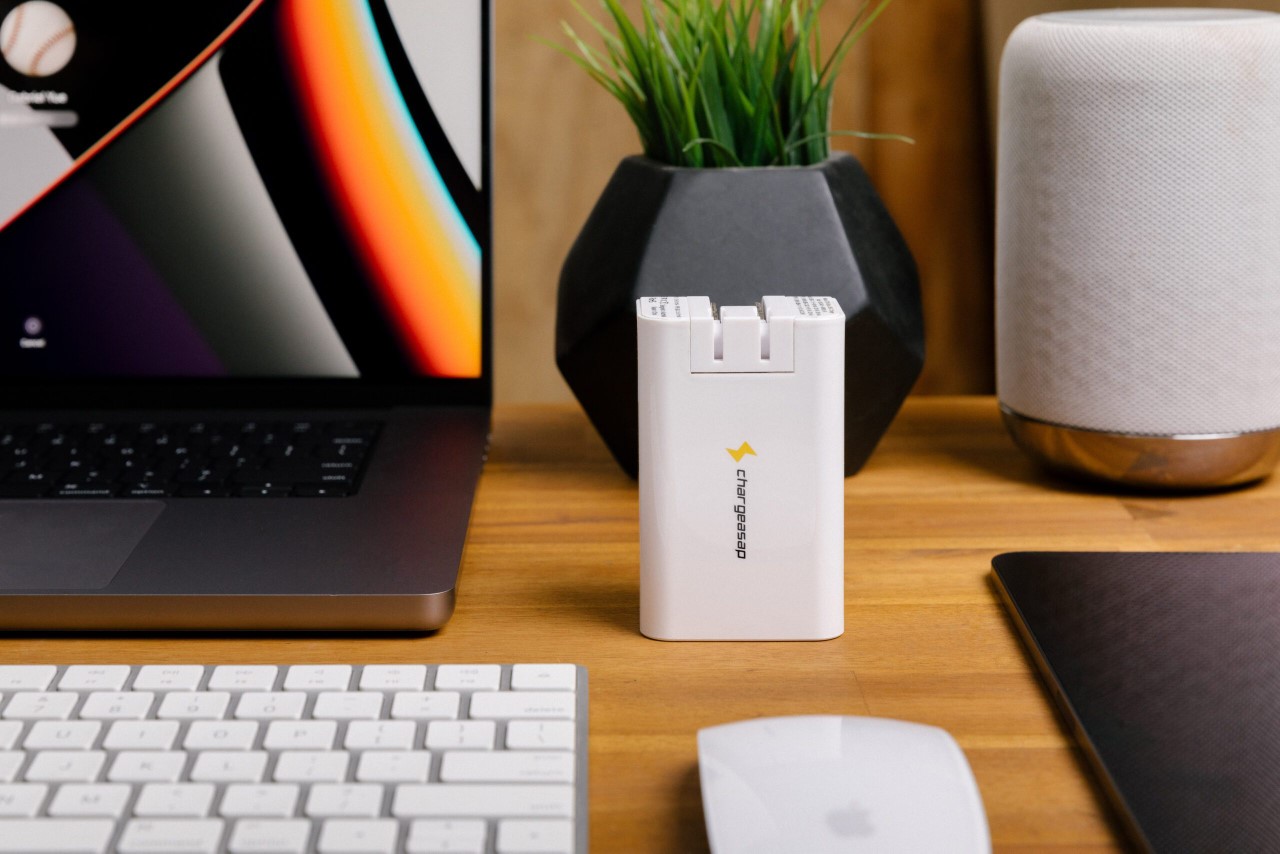 The way Zeus works is by using GaN semiconductors rather than ones made from Silicone Carbide. Gallium Nitride or GaN offers incredible efficiency when it comes to power delivery, resulting in a smaller power brick that doesn’t heat up as much either. This effectively gives Zeus (and other GaN chargers) the ability to manage high power delivery in a device that’s smaller than that large, clunky brick-shaped charger that comes with your laptop. 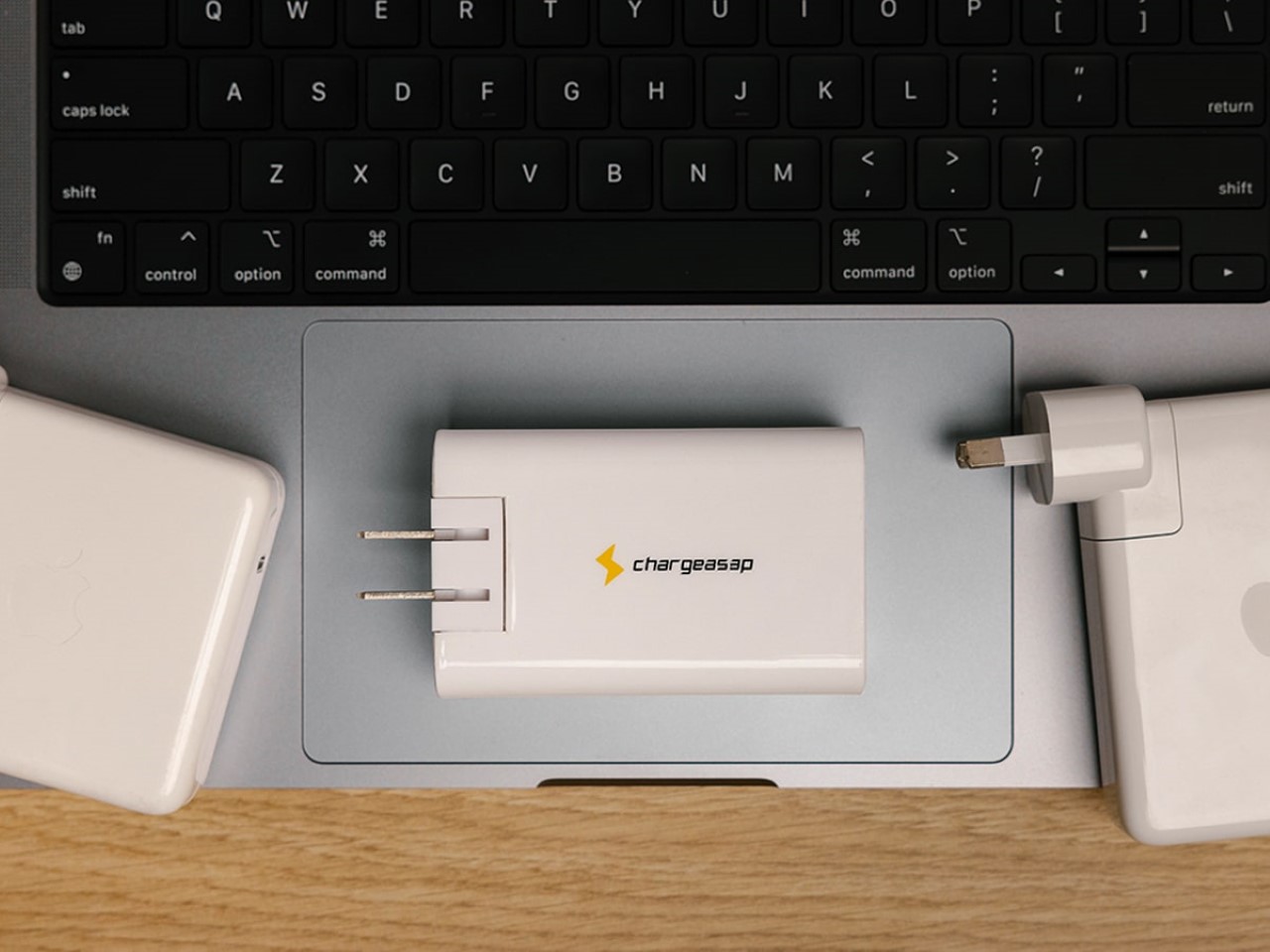 The Zeus acts as an intermediary between your gadget and the power socket, decluttering the experience by reducing the number of plug points and power bricks you need. With the Zeus, all you need is just one socket to recharge multiple devices, from your laptop to phone, tablet, monitor, or a litany of other gadgets. What’s remarkable is that the Zeus works well if you’re a travel bug too, with replaceable plug adapters that work internationally, so you’re never struggling in a hotel room with just one socket for your phone as well as your laptop. 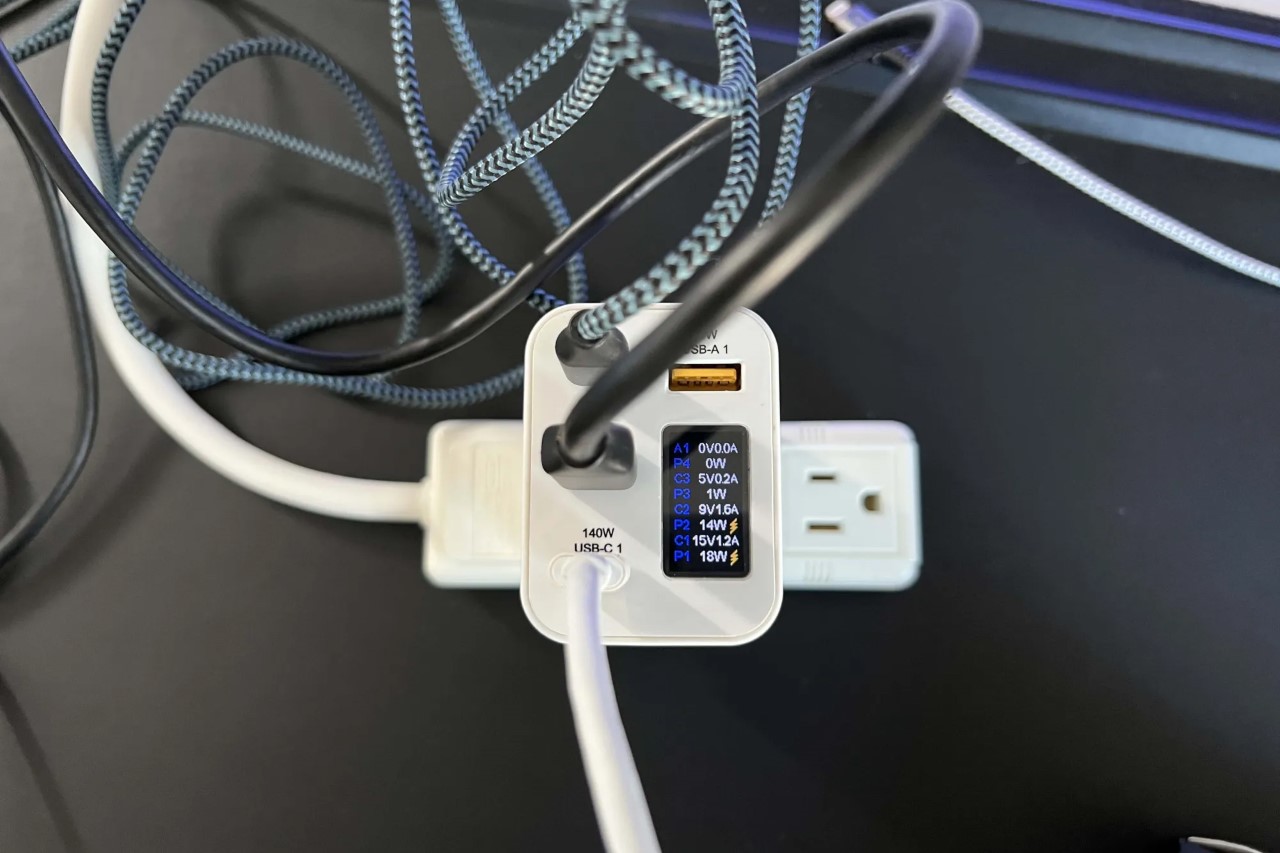 Although clearly outshined by the 3 USB-C ports right beside it, the USB-A port does some heavy lifting too. The Zeus’ USB-A port is designed specifically for Android users, offering a 36W power output that supports Qualcomm Quick Charge 3.0 and several other fast charging technologies, the likes of Oneplus (22.5W), OPPO SVOOC (22.5W), and Huawei Super Charge (22.5W). However, it has support for Apple Fast Charge too, helping you rapidly recharge your iPhone after you’ve spent an entire day shooting TikTok videos. 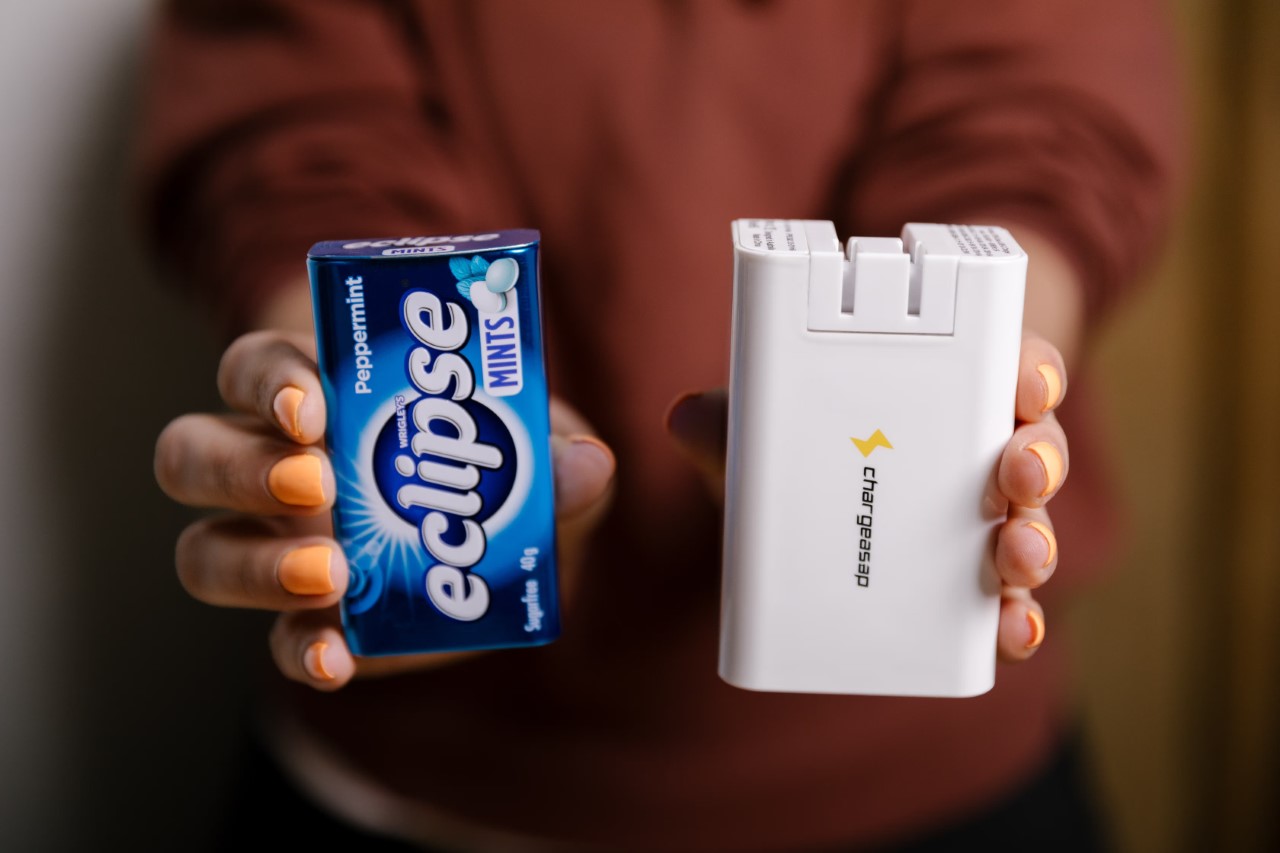 What really bends the mind is Zeus’ 270W output – a feature I seem to keep coming back to. We’ve covered GaN chargers in the past, going all the way up till 100W, but a 270W charger really feels like overkill, although it does have its unique appeal. It’s capable of replacing every single other power brick you own, letting you operate your entire suite of work gadgets from laptops, phones, and tablets to even juicing other auxiliary devices like cameras, GoPros, speakers, headphones, Nintendo Switches, microphones, and even drones.

This isn’t Chargeasap’s first rodeo, though. The Sydney-based company’s worked on GaN chargers before, having debuted Omega, the world’s smallest 200W charger back in 2020. Zeus is a different monster entirely, going above and beyond what even companies like Anker and Belkin have been capable of. You can grab the Zeus for a Kickstarter-special price of $119 USD (46% off the MSRP), with deliveries happening in May of 2023. 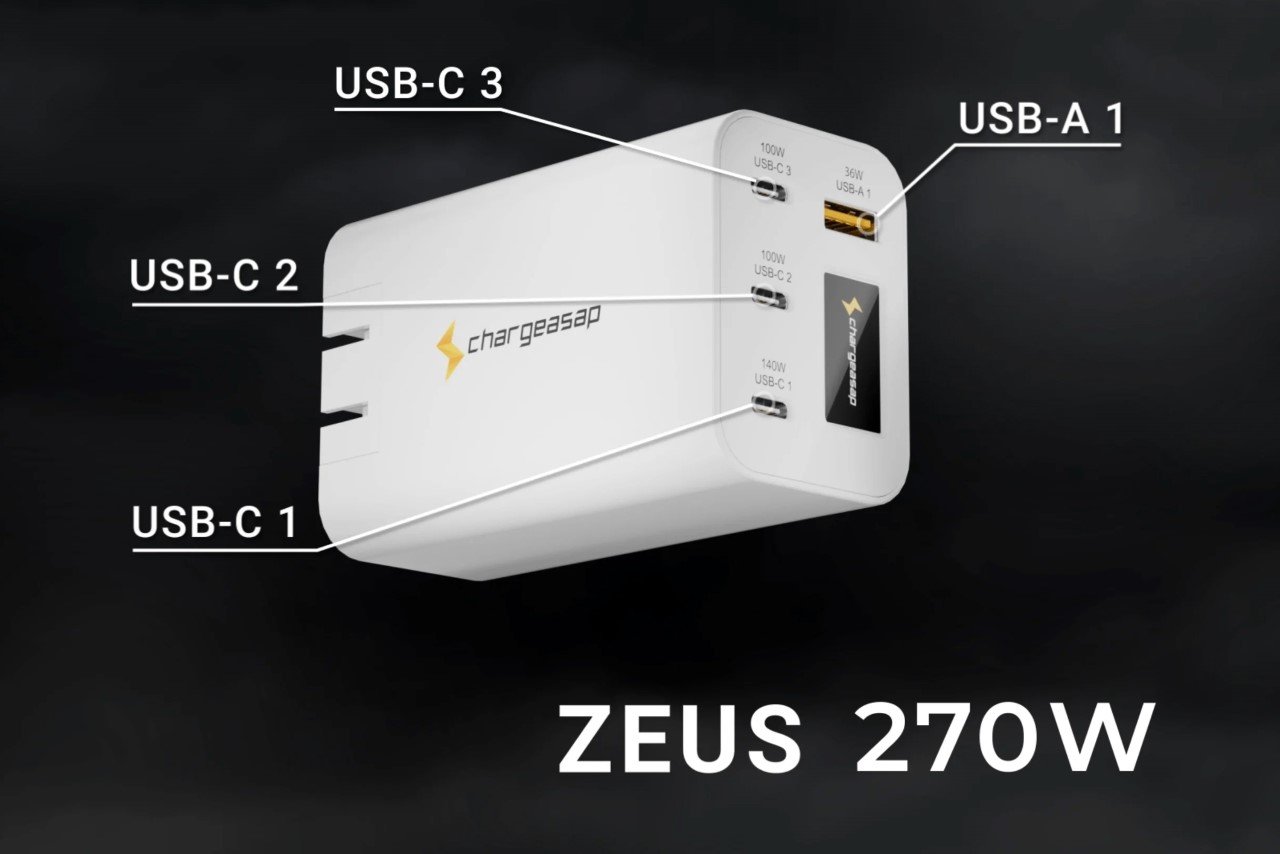 The design involved the outer casing acting infact as the packaging so once bought no packaging would be thrown away, thus reducing one of the…

https://www.kickstarter.com/projects/97973019/ply-embedded-smart-technology-helmet? UPDATE: less than 24 hours left, grab yours now! The helmet, ever since its use by warriors in ancient civilizations, has always been a…