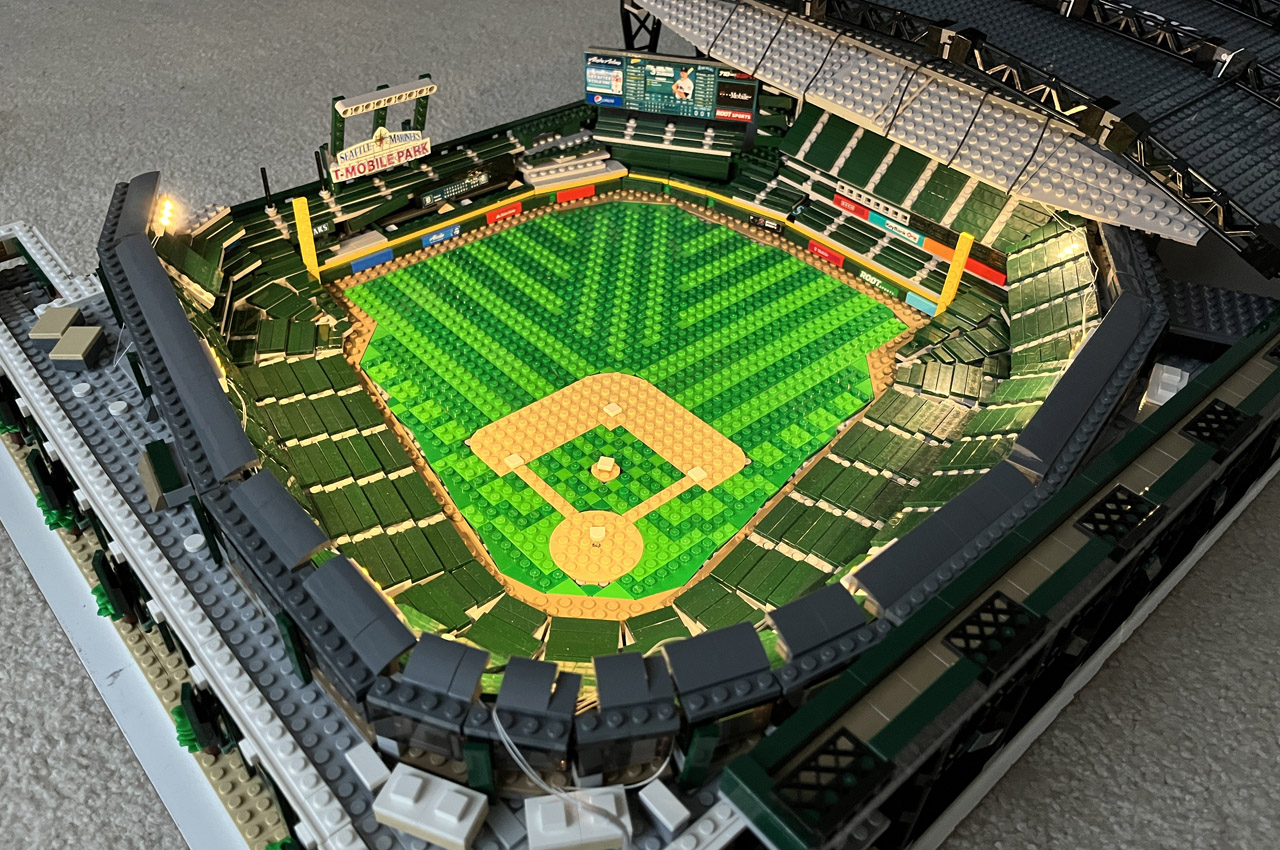 Meet Shane Deegan, a 42-year-old basketball lover who fancies doing creative stuff. He’s always been obsessed with LEGO builds and creating baseball stadium models is one of his hobbies. Now, his latest creation just in time for the Holiday Season is something to behold.

The man has recreated the Seattle Mariners home ballpark in incredible detail with cute input from his little daughter, Dottie. It all started with smaller builds including a ferry boat and Husky Stadium. Ultimately, Shane had his eyes set on building a scaled-down LEGO model of the T-Mobile Park which was earlier known as the Safeco Field. 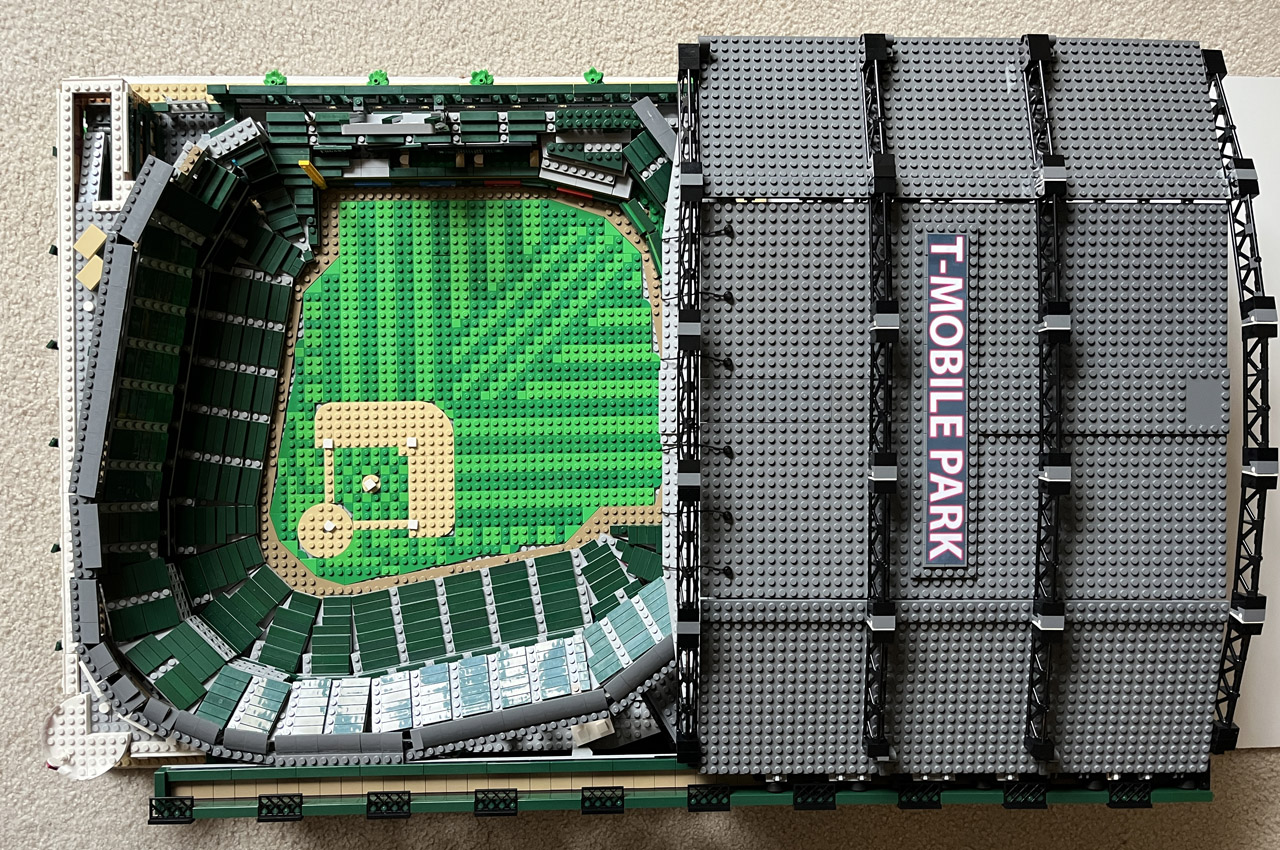 This detailed stadium ultimately took 12,000 pieces and more than 60 hours of build time in total. On the hind side, it all started from bins of assorted bricks he had at home and finally came to be a 36-inch by 24-inch LEGO baseball stadium. Of course, during the course of building, he had to supplement it with specifically needed LEGO bricks bought online. The eye catchy LEGO replica of the T-Mobile Park now sits beside the Christmas Tree. 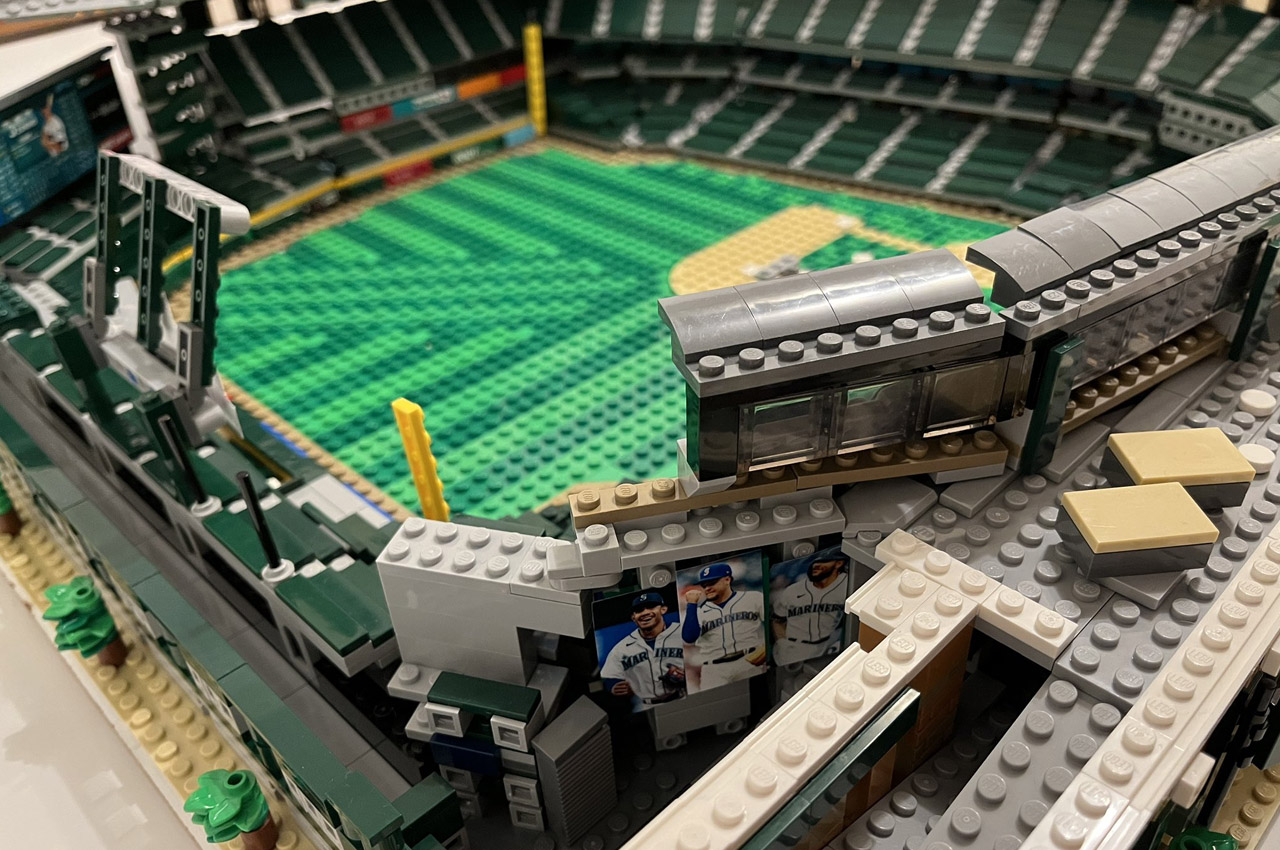 Deegan measured the exact dimensions of the left and right field foul poles to make the LEGO model as convincing as possible. He had to painstakingly go through countless Google images to ascertain the seat map dimensions, the east side of the stadium, or tiny little details like the scoreboard location. Certain details like the smooth green tiles of the bleachers, the studded bricks of the outer wall, and the gold LEGO man standing firm at the home-plate entrance are worth appreciating. 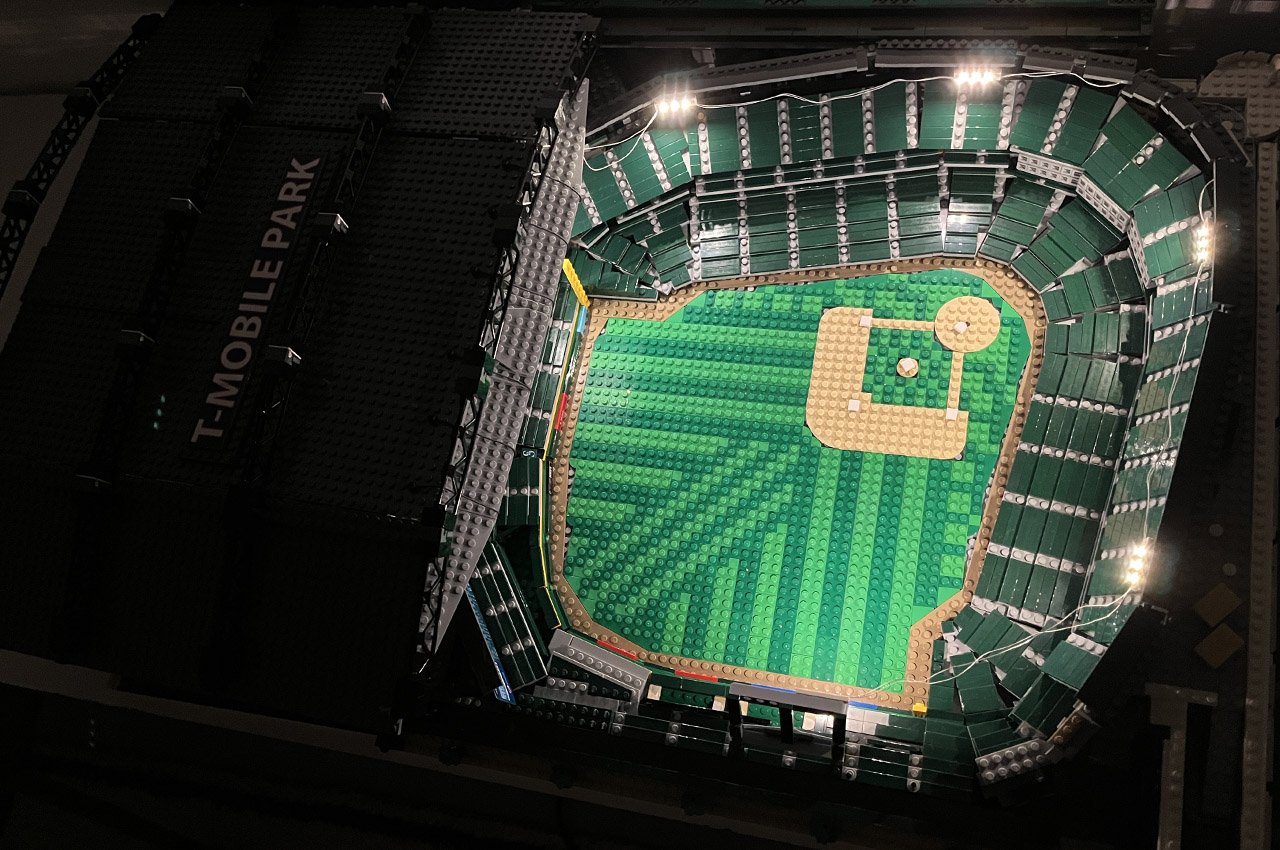 According to Deegan, the challenge with the build was articulating something that “doesn’t otherwise exist in the Lego space.” The roof of the stadium posed to be the ultimate roadblock as he wanted to operate it with a motor but couldn’t due to weight constraints. He has to move the roof by hand, and that one thing irks him to bits. He’s already thinking about reopening the roof and building a larger one to fit the motor, and be able to move remotely. 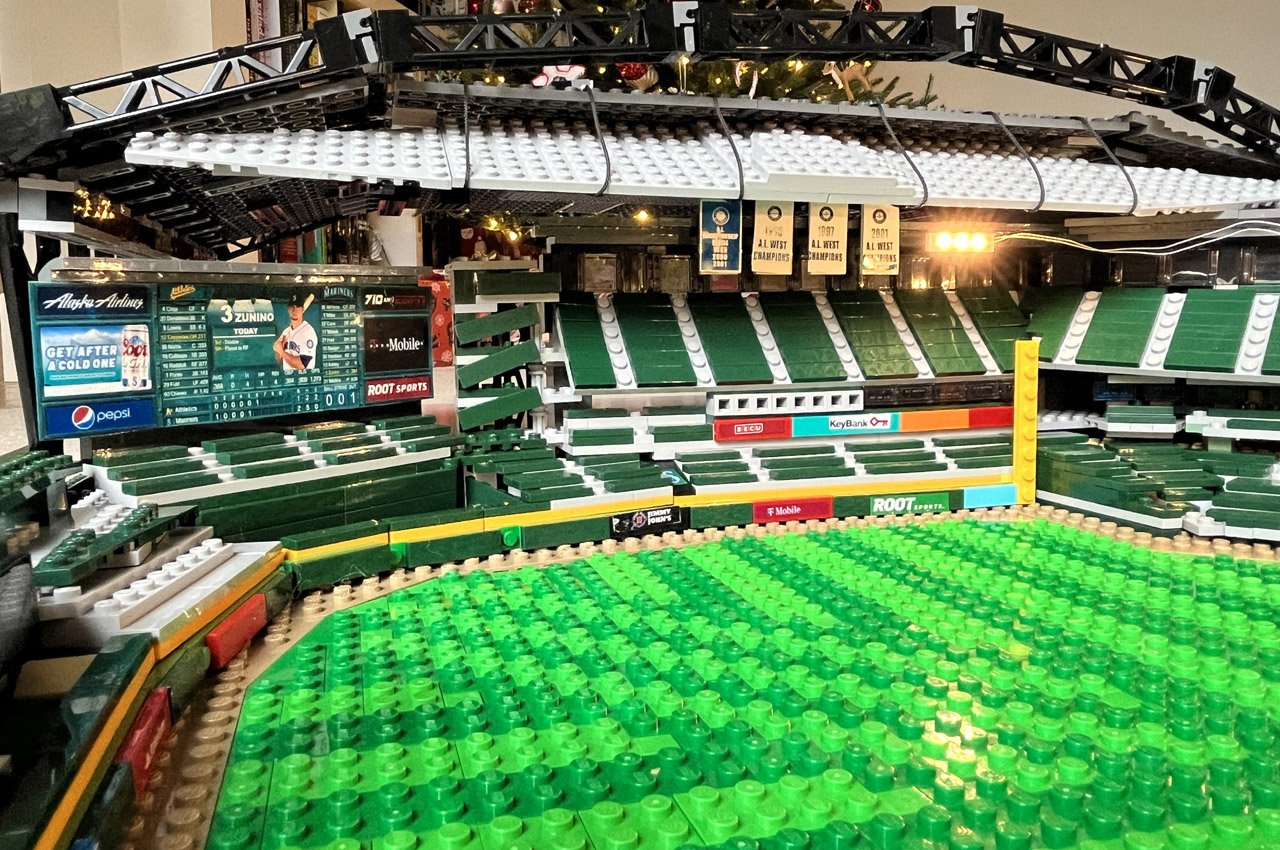 Shane very passionately exclaims that he got back to building LEGO after a span of 25 years. Doing it with his daughter is ever so special and worth every minute of his. Very rhetorically he sums it up rightly by saying, “It’s incredible parallel play. We can both exist in our own world at our own level and have fun together.” During the build, Dottie would lose her interest after a few minutes since her goals were different from her father’s. He would then later return to go on with the build as desired. 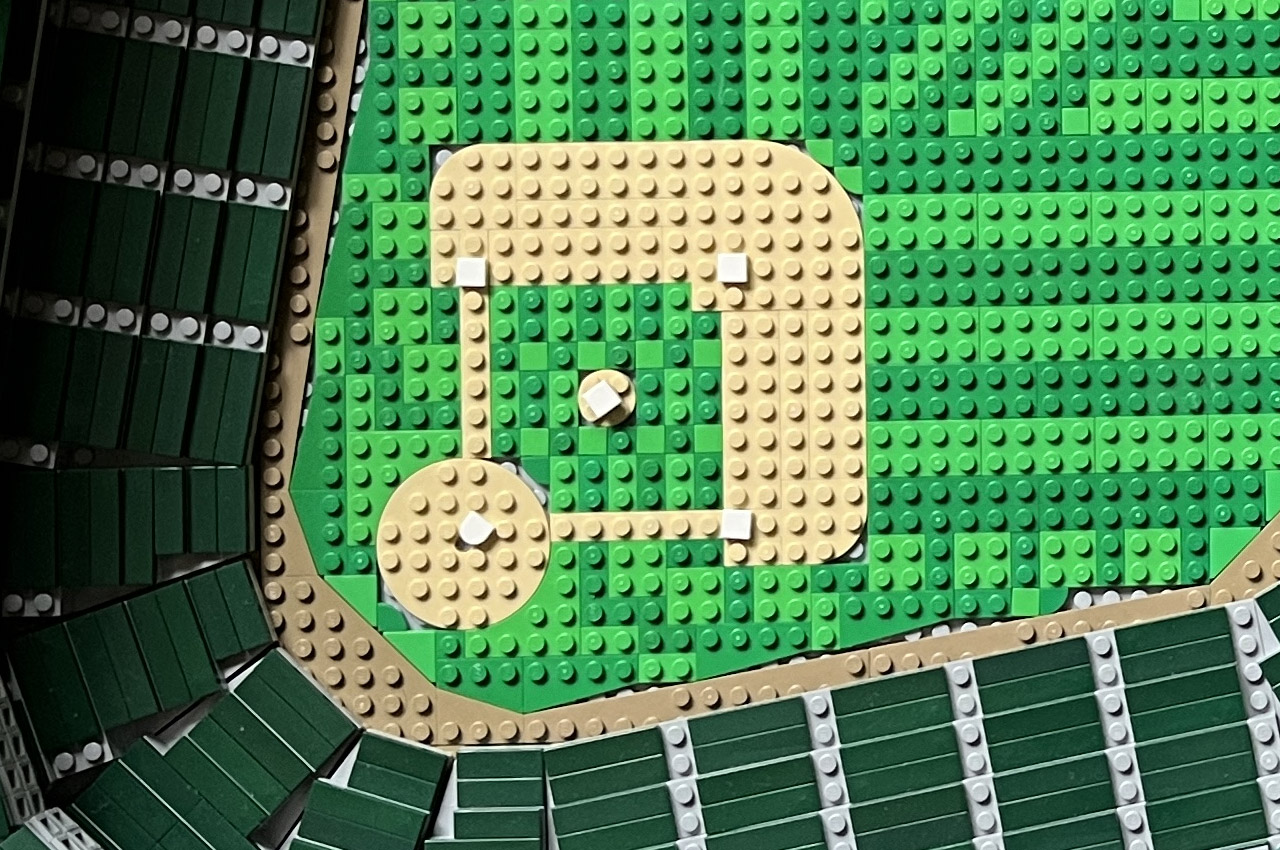 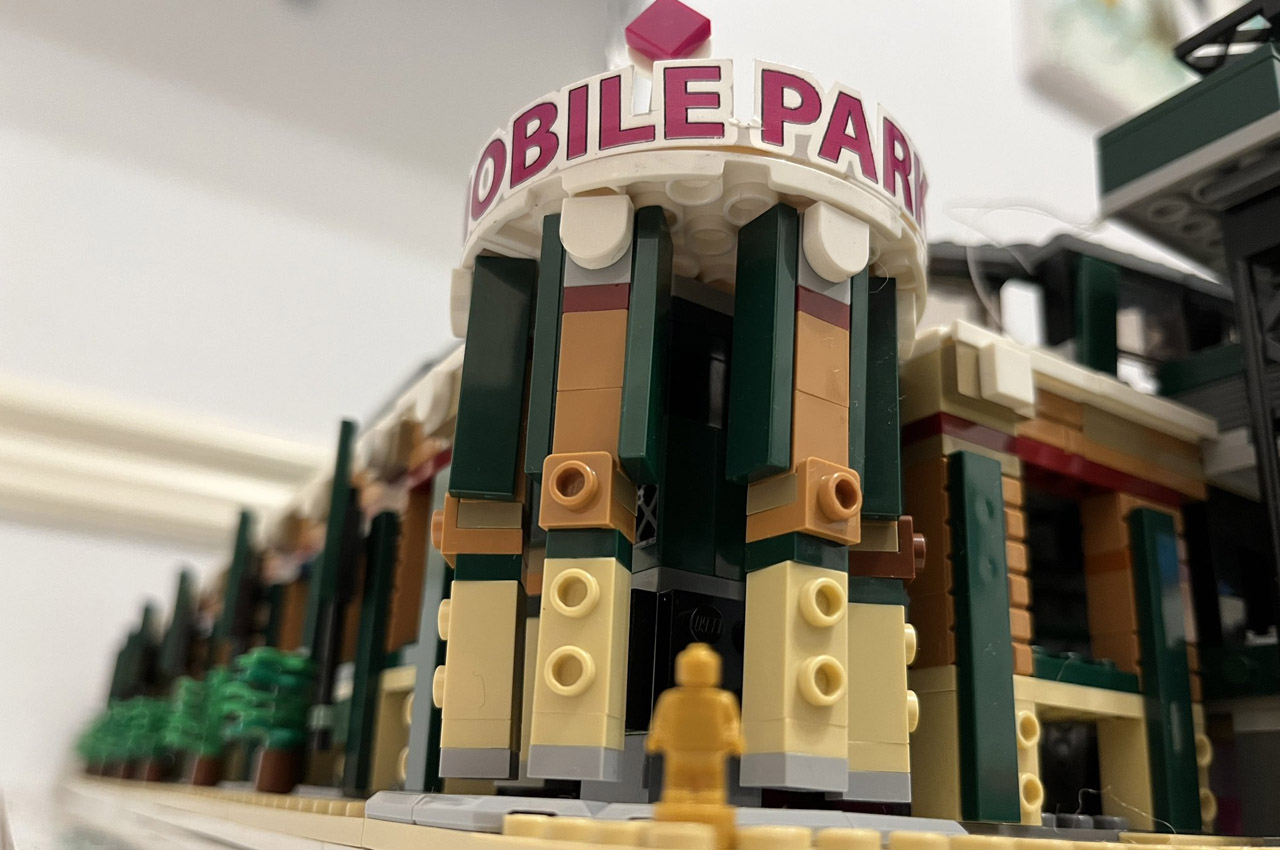 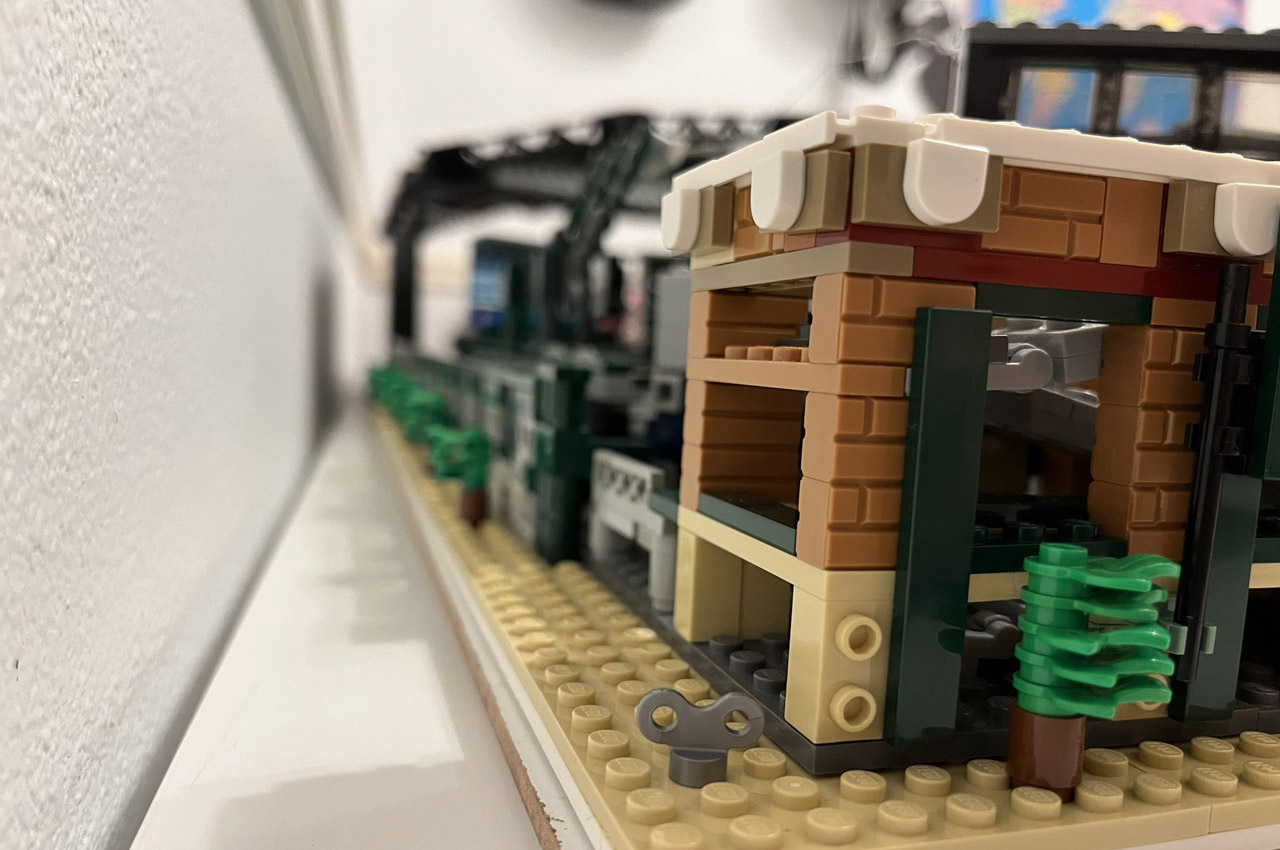 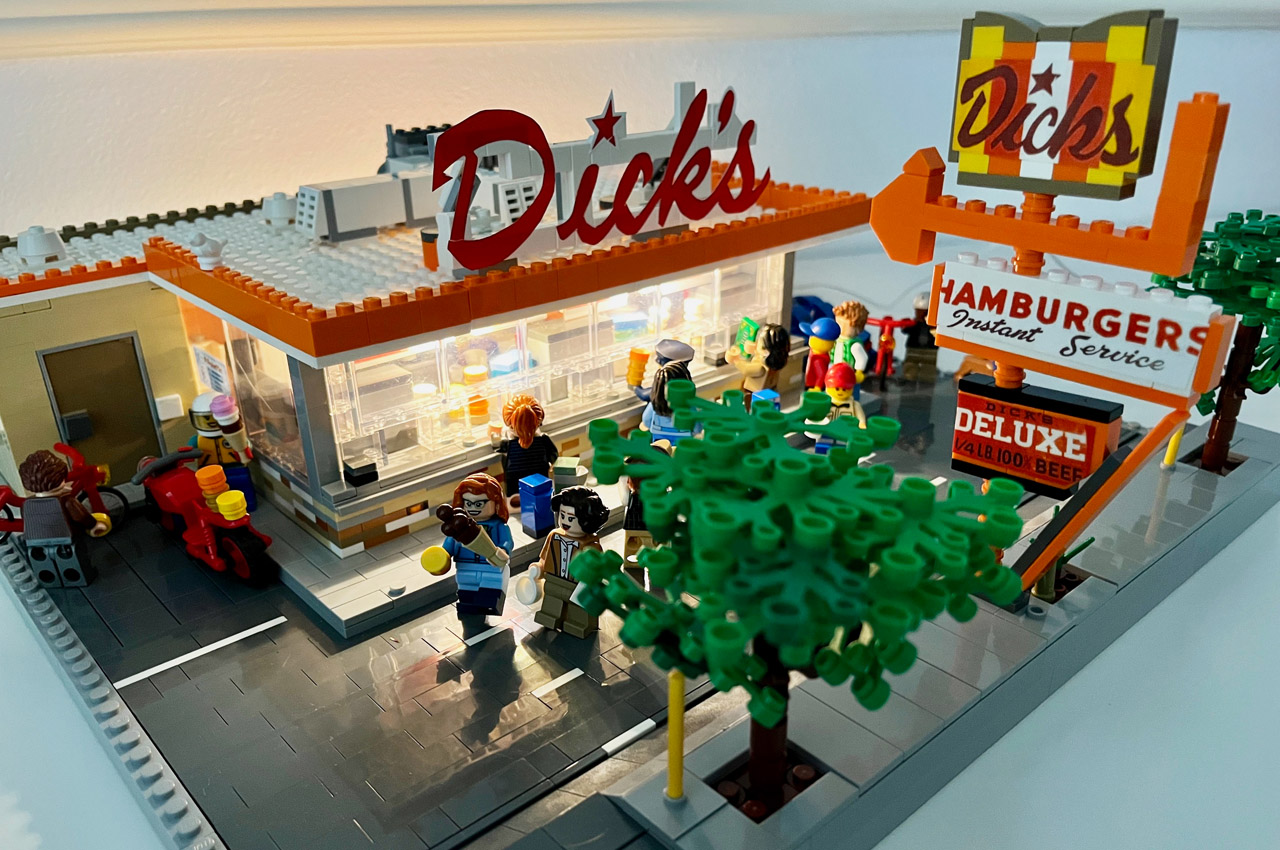 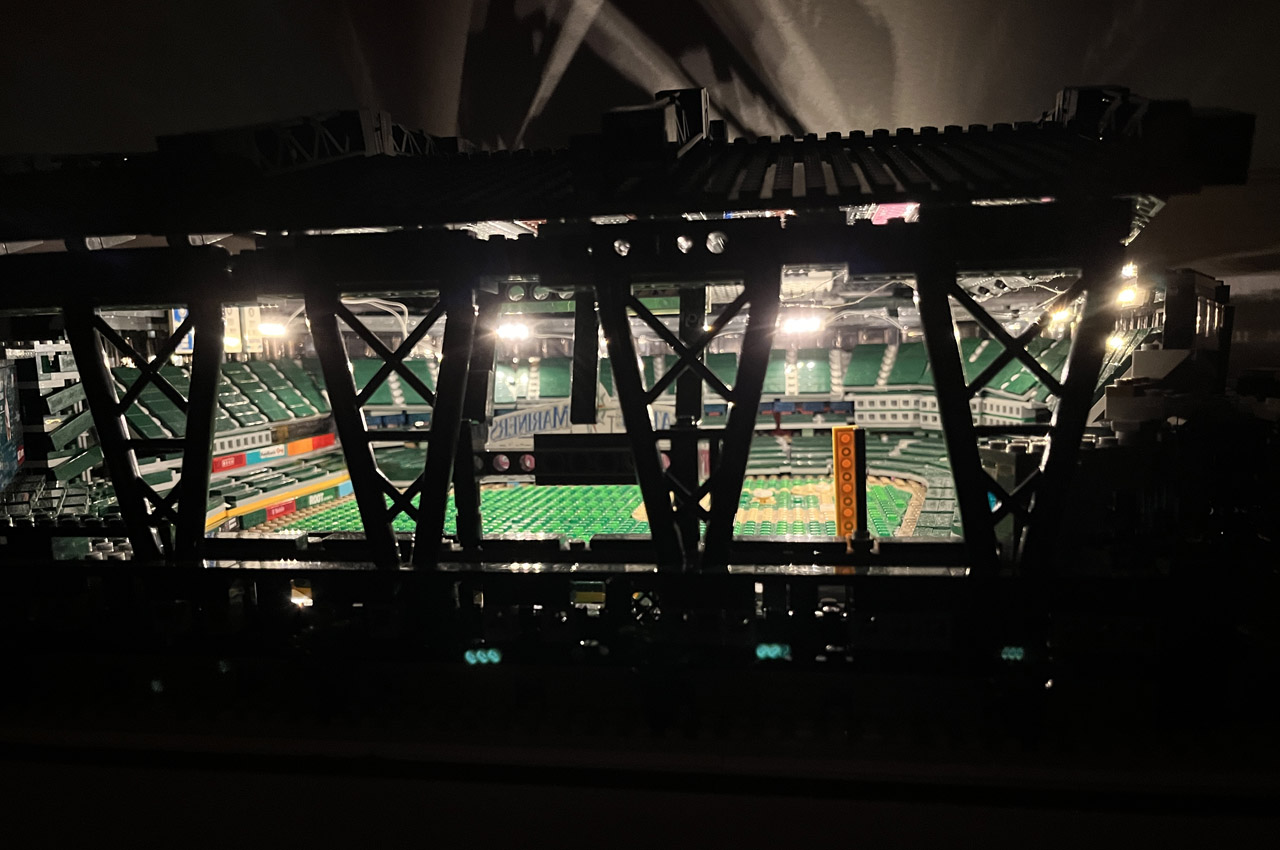 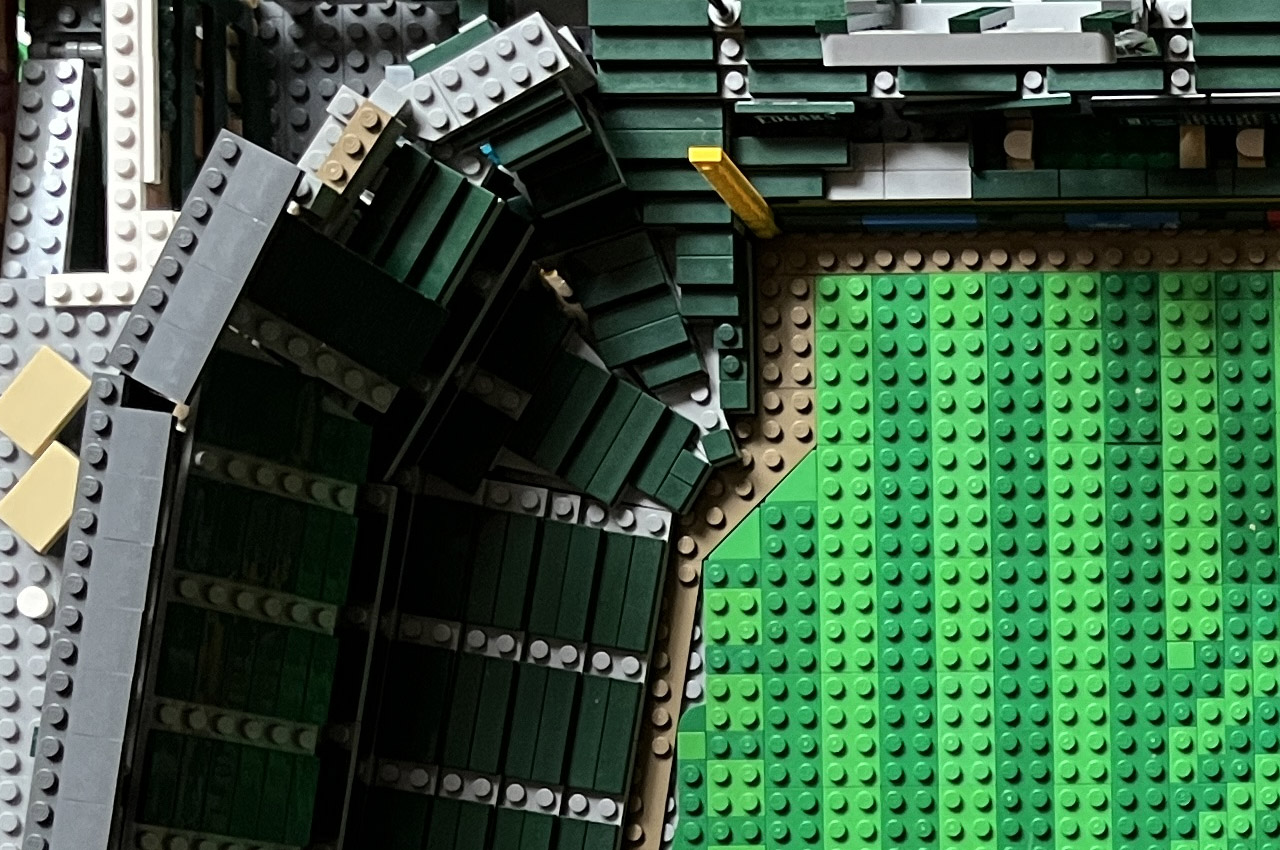 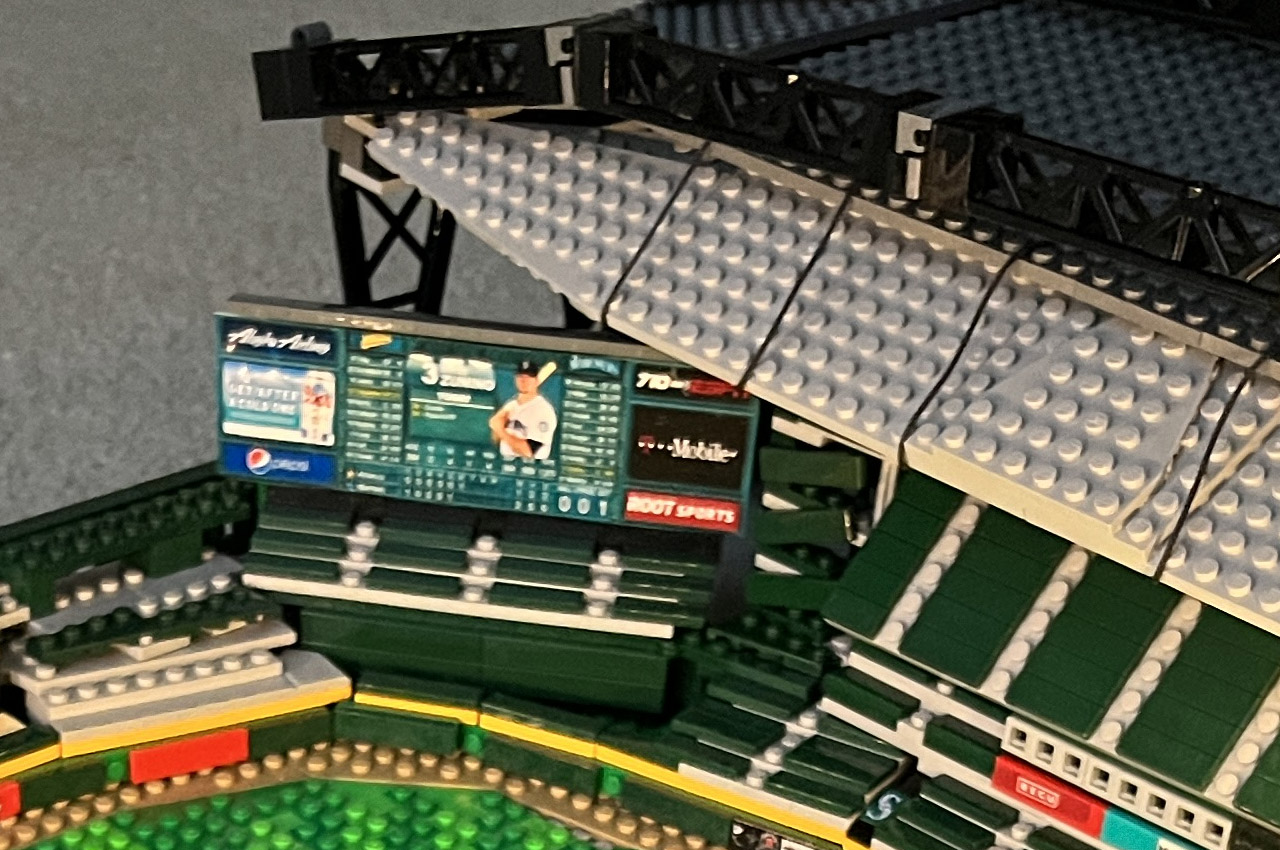 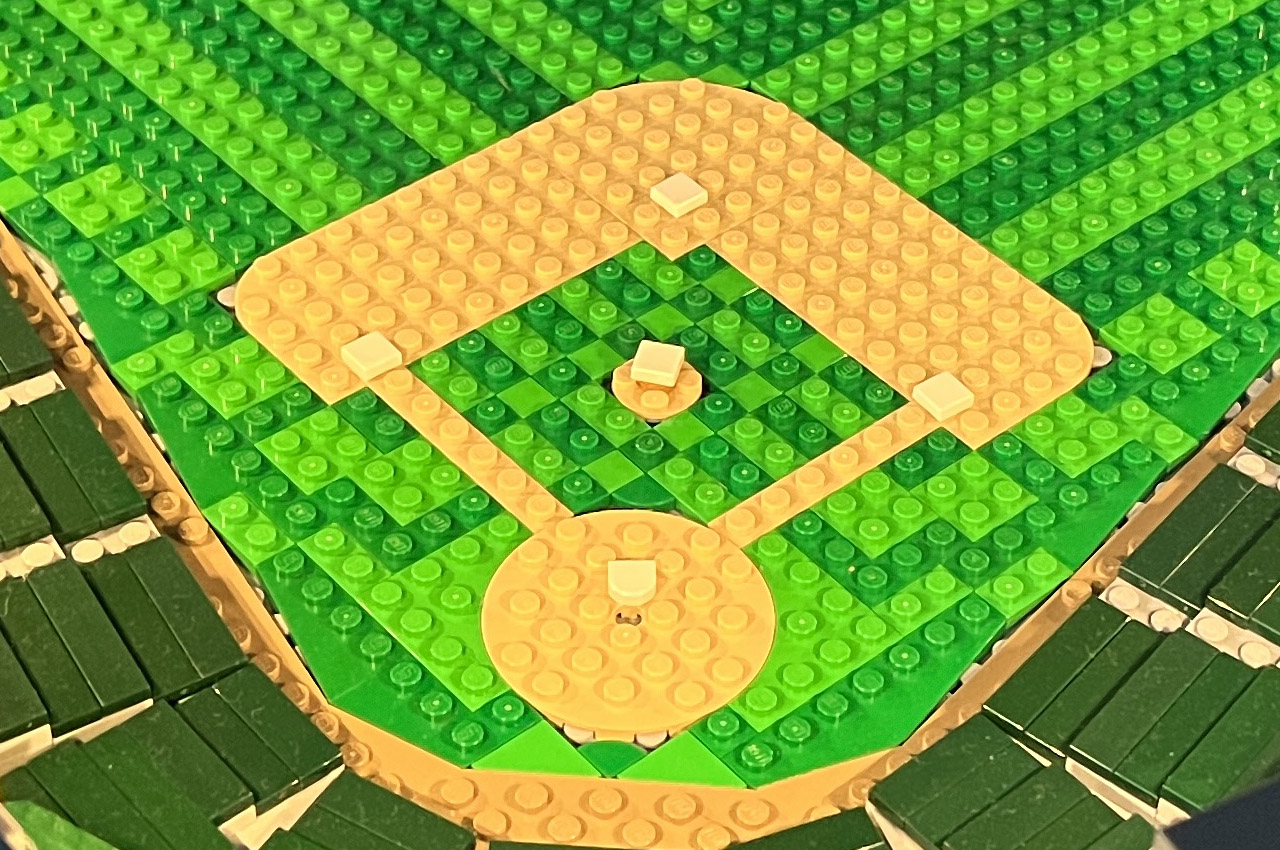 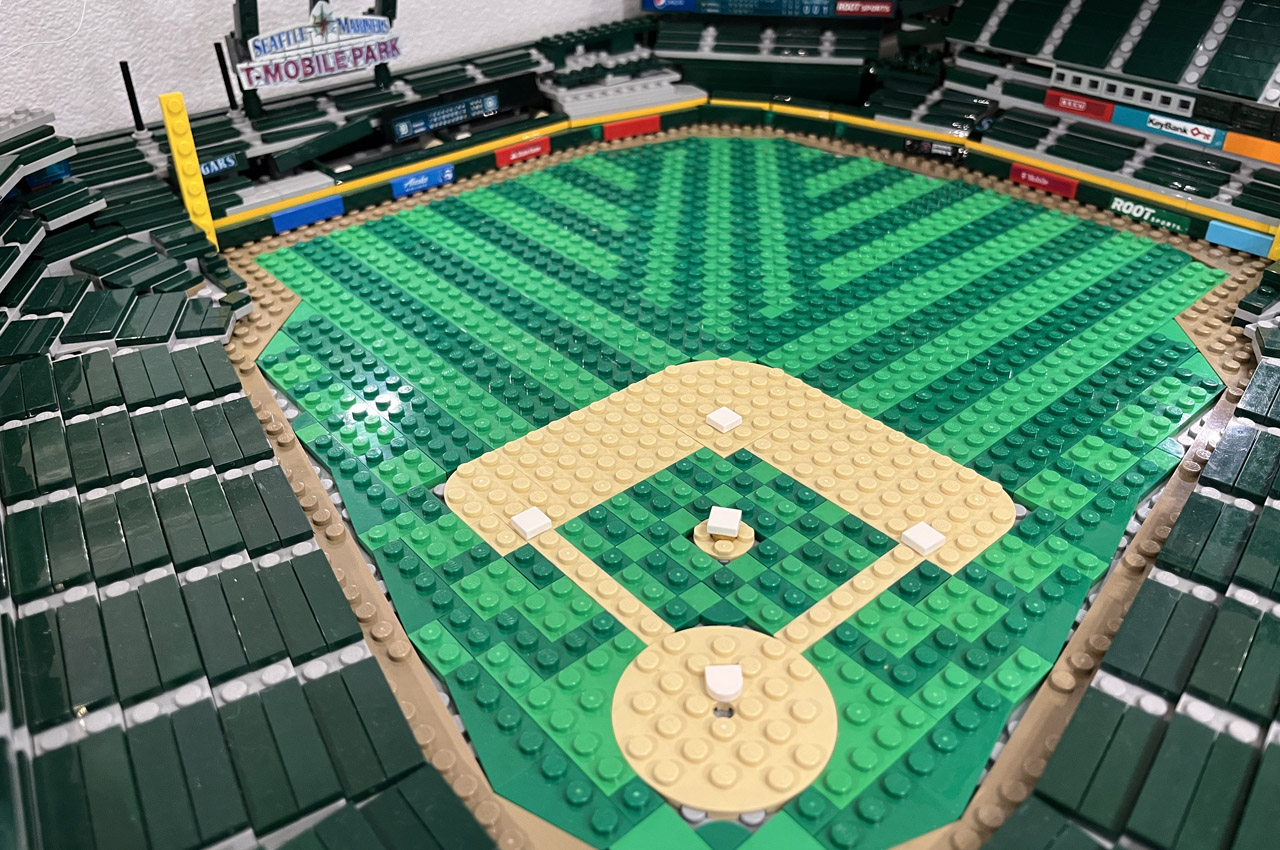 Airport terminals pride themselves at being these huge structures, that commuting from one end to the other can be time consuming and tiring; especially with…

If you think about it, the QR Code Smart Seal is really a solution to all your data sharing problems. This product allows you to…

The Whistle is a simple glow-in-the-dark blowing implement that survivors buried under rubble can use to attract attention. The compact size and ball-shape make them…