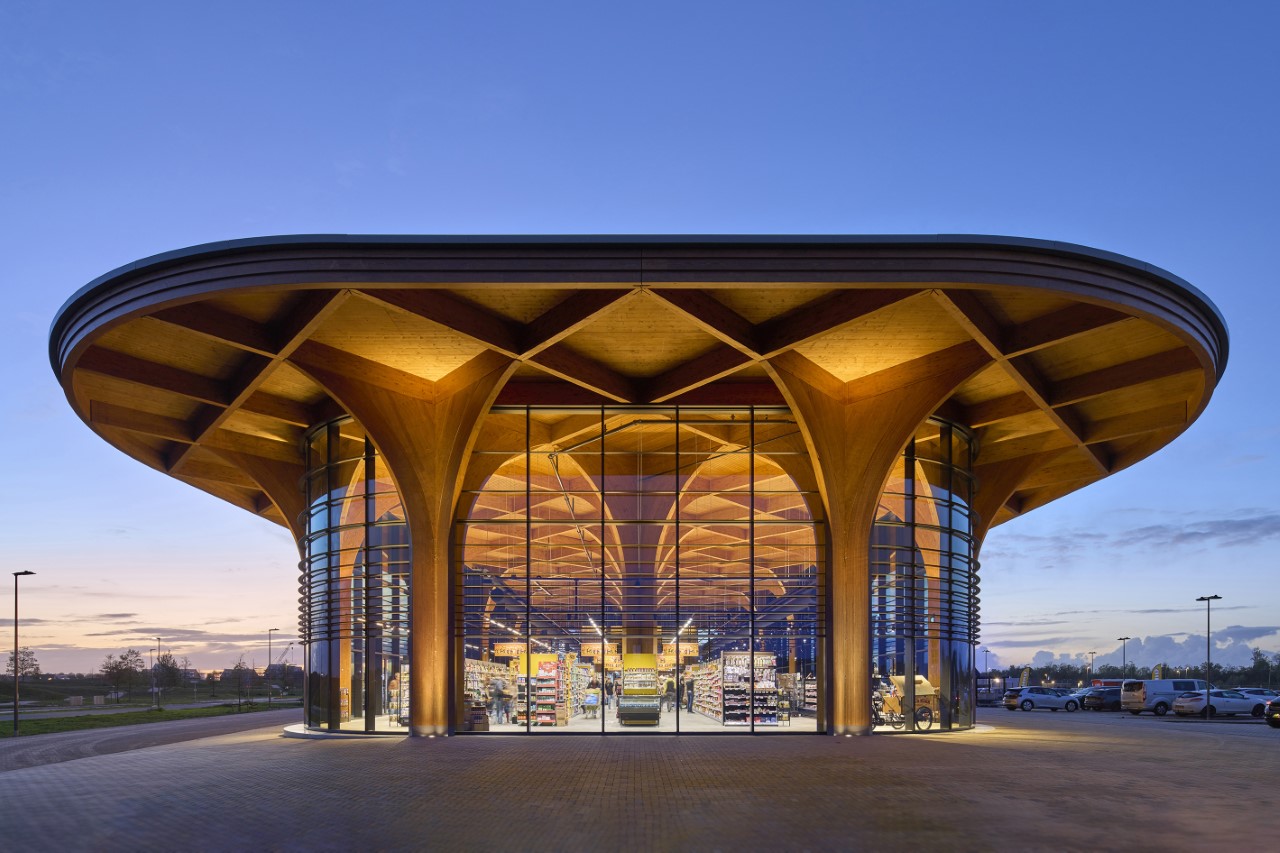 If you drove by the city of Meerstad in Groningen, chances are you’d at least slow down your car if not stop over to visit the local SuperHub. The reason this supermarket looks so magnetic is because it draws its design inspiration from larger-than-life cathedrals with their high ceilings and elegant columns with pointed gothic arches in between. Designed by De Zwarte Hond, the SuperHub feels almost like a glorious monument (to consumerism, perhaps!) as opposed to what it actually is – a grocery store and cafe. The reason, the Dutch architecture firm says, is to elevate the shopping experience to something that feels beautiful and more compelling than the mere convenience of ordering groceries to your home via the internet. 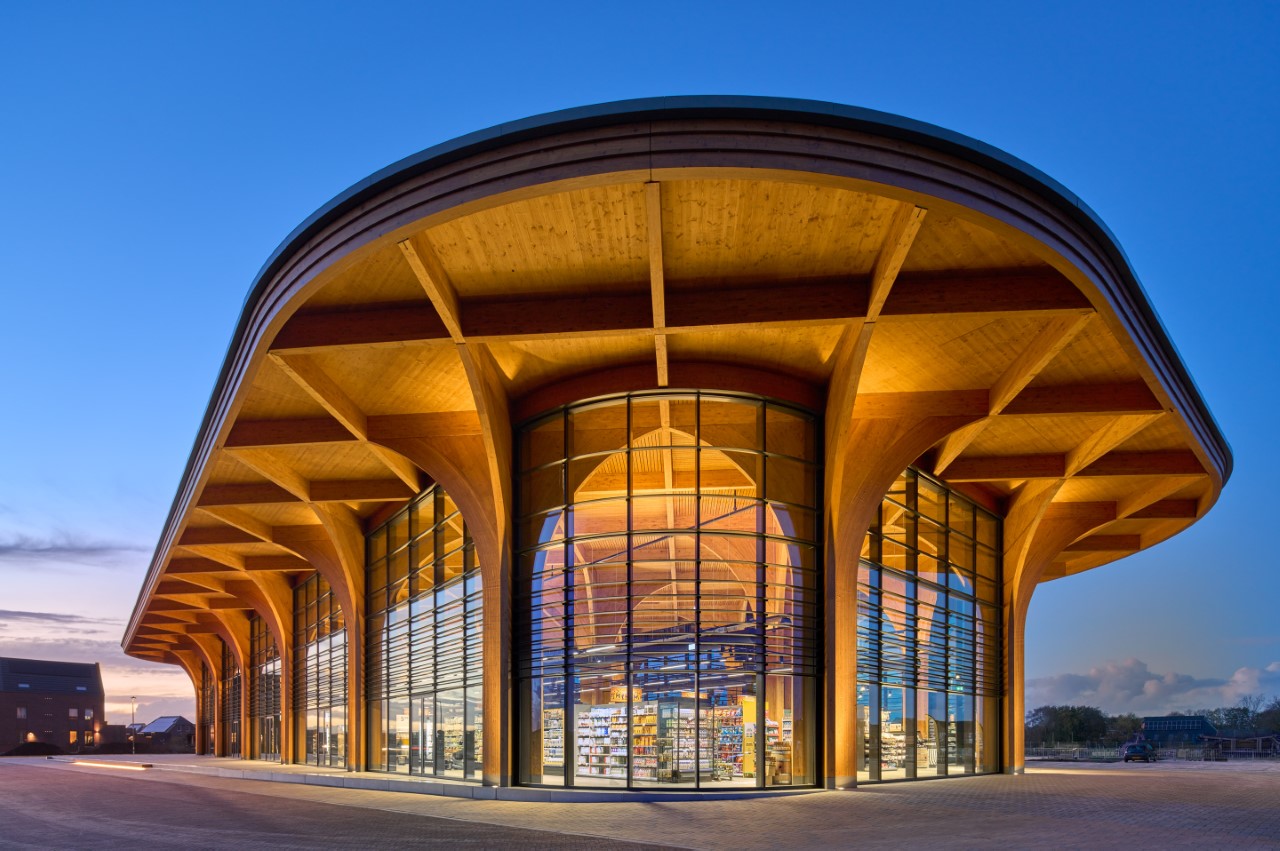 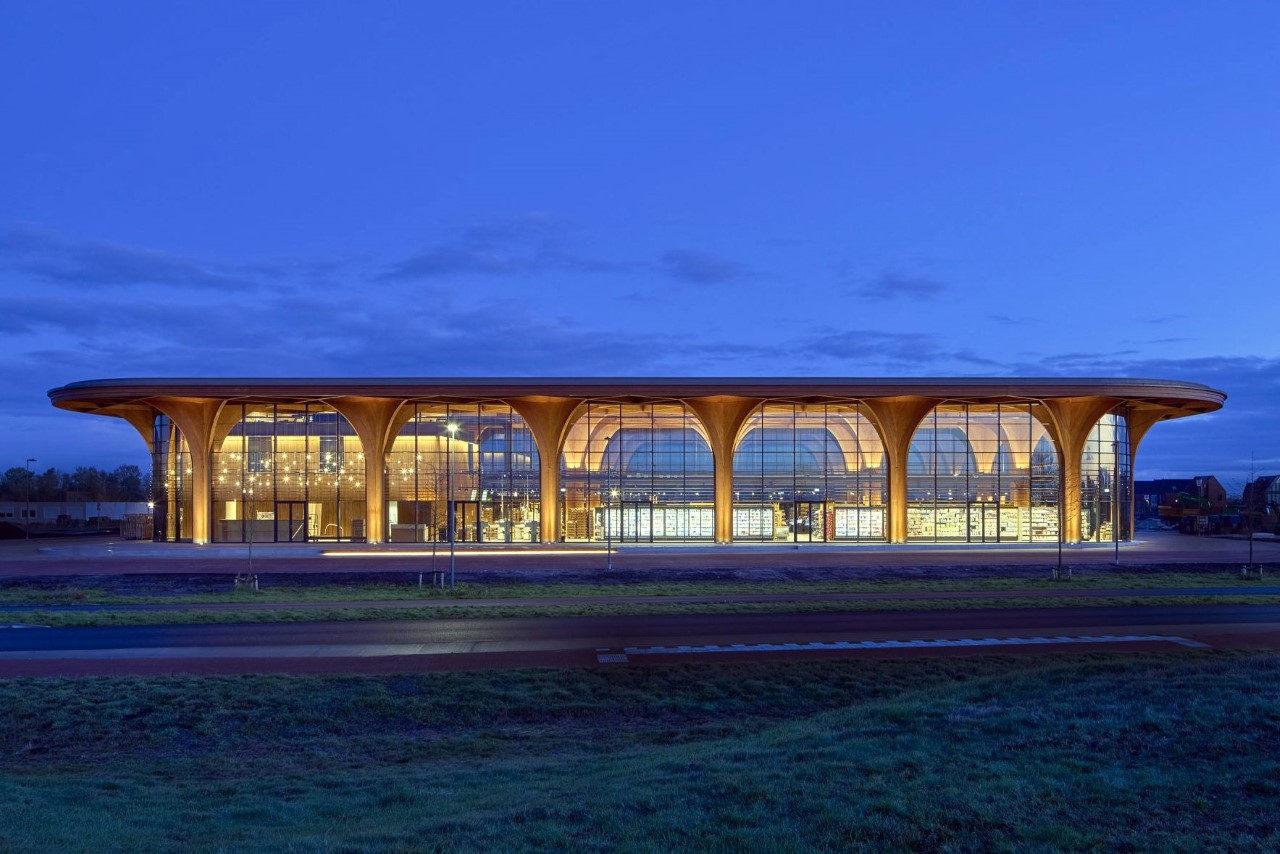 The first thing that grabs the eye is the 9-meter (29.5 feet) high ceiling, combined with wraparound glass paneling and the warm, earthy appeal of the wooden pillars and ceiling. The ceilings cantilever a whopping 5 meters outwards, beyond the walls, providing shade and shelter for the people inside and around the supermarket from harsh sunlight during the summers. Meanwhile, the incredibly large floor-to-ceiling glass panels ensure the SuperHub gets increased amounts of natural light during the day, cutting down the amount of energy needed. At night, the monument comes alive with lights, glowing like a jewel in the middle of the small town of of Meerstad. 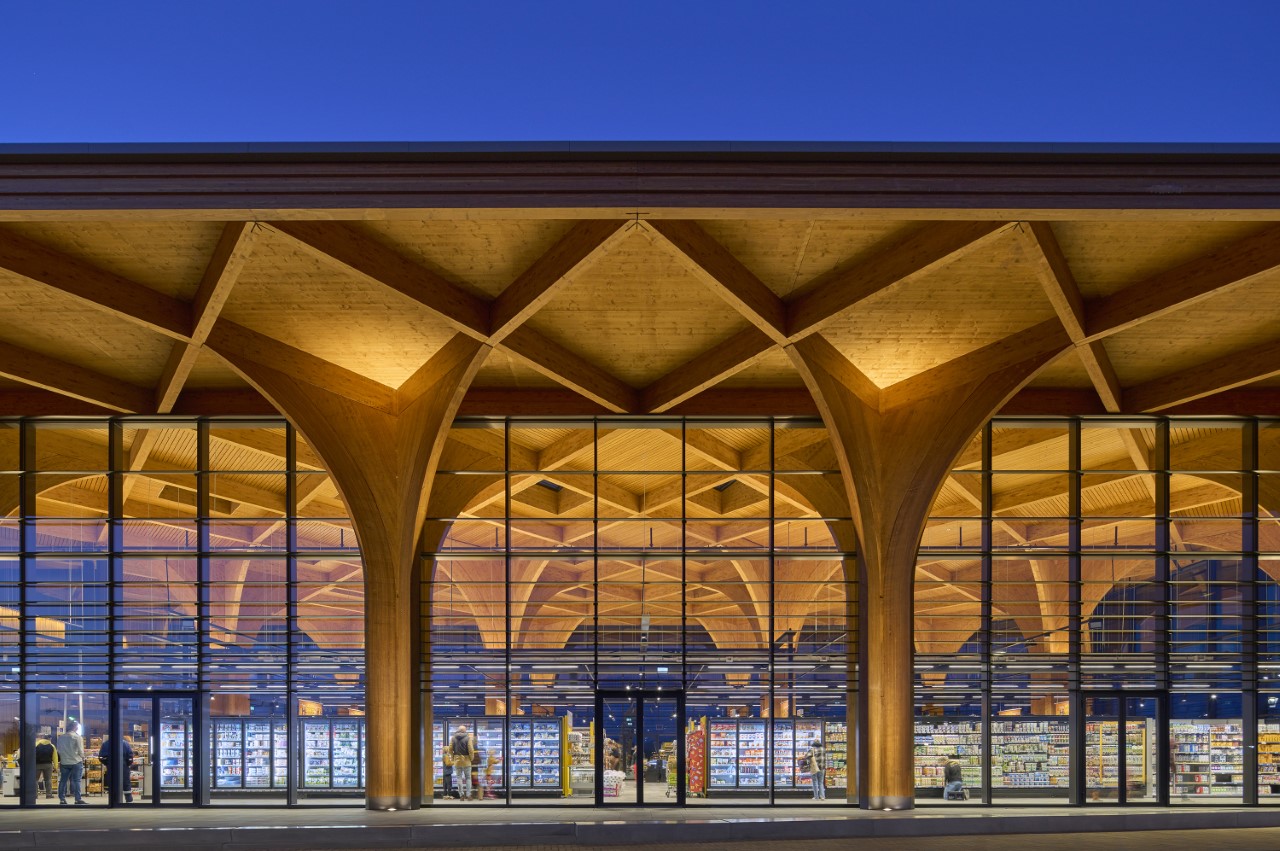 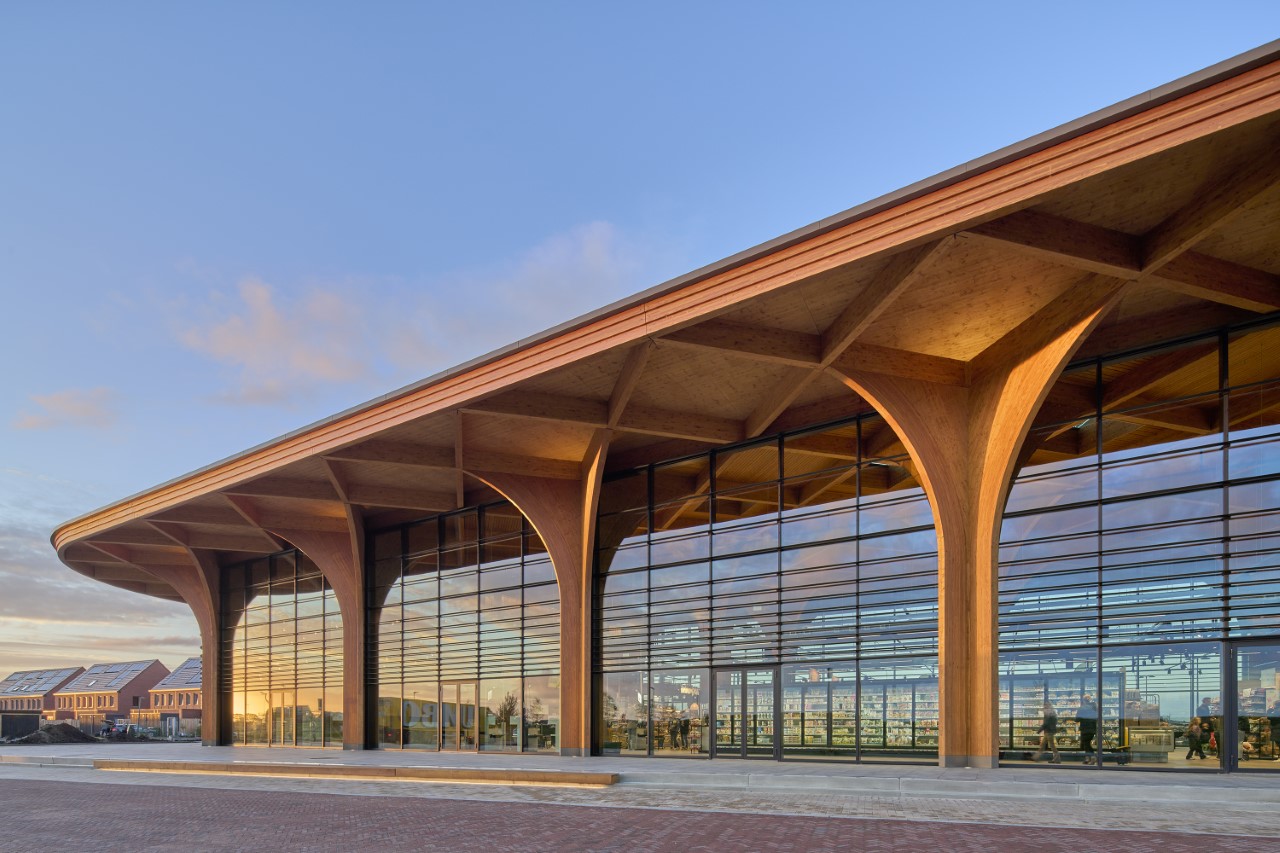 The building was commissioned by real estate developer MWPO as a part of their plan to expand the population in Meerstad, an up-and-coming town in the Dutch province of Groningen. The town is popular for its open space, greenery, and the Woldmeer recreational lake, around which neighborhoods of as many as 5,000-6,000 homes are expected to be built by 2035.

The SuperHub is designed to be future-proof for the very fact. Eventually, with a larger population, the SuperHub may transform into a community center rather than merely a grocery shop and cafe. The spacious and well-lit structure could also perhaps be converted into a museum, library, or a series of residences in as many as 20 years. The building’s roof has been reserved for placing solar panels to make the SuperHub run entirely on renewable energy, as well as for plants that create a thriving ecosystem for bees and other insects. 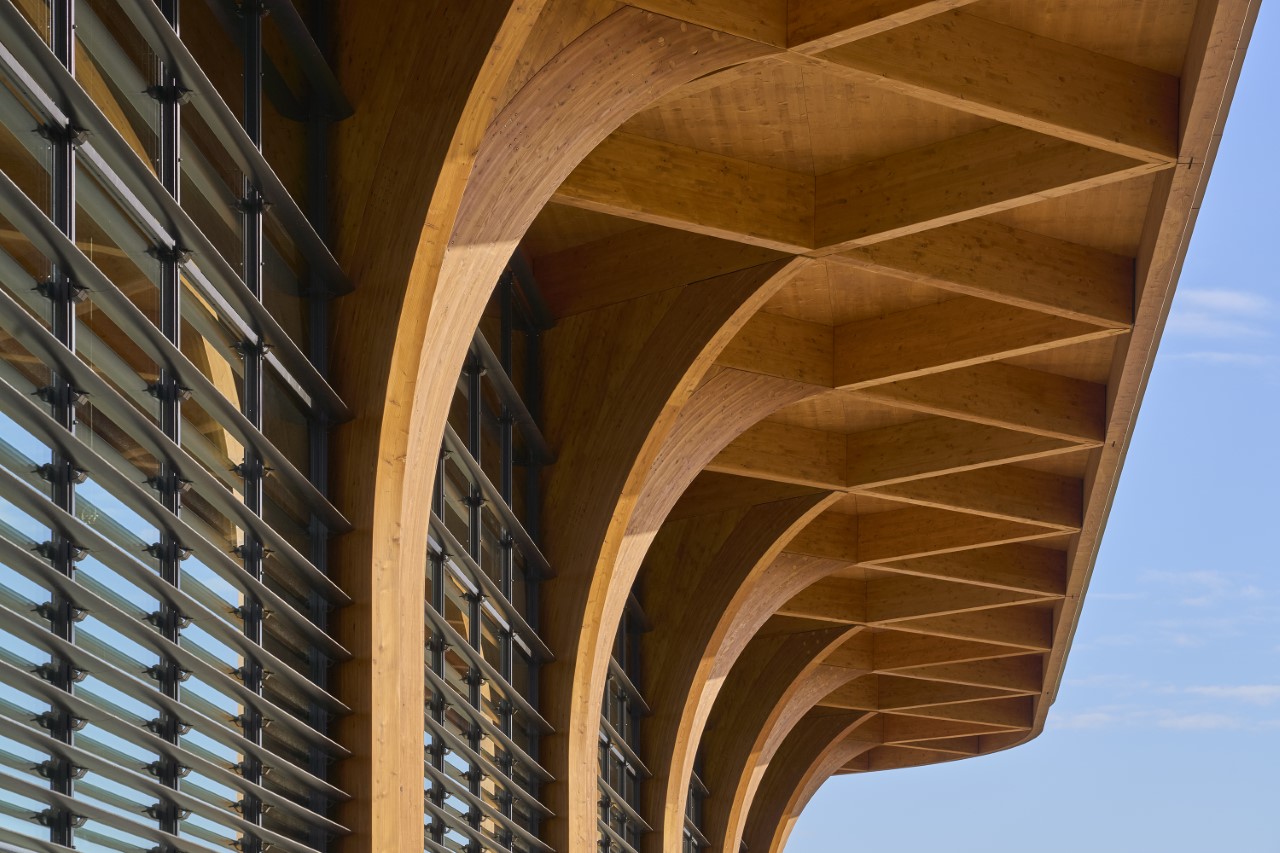 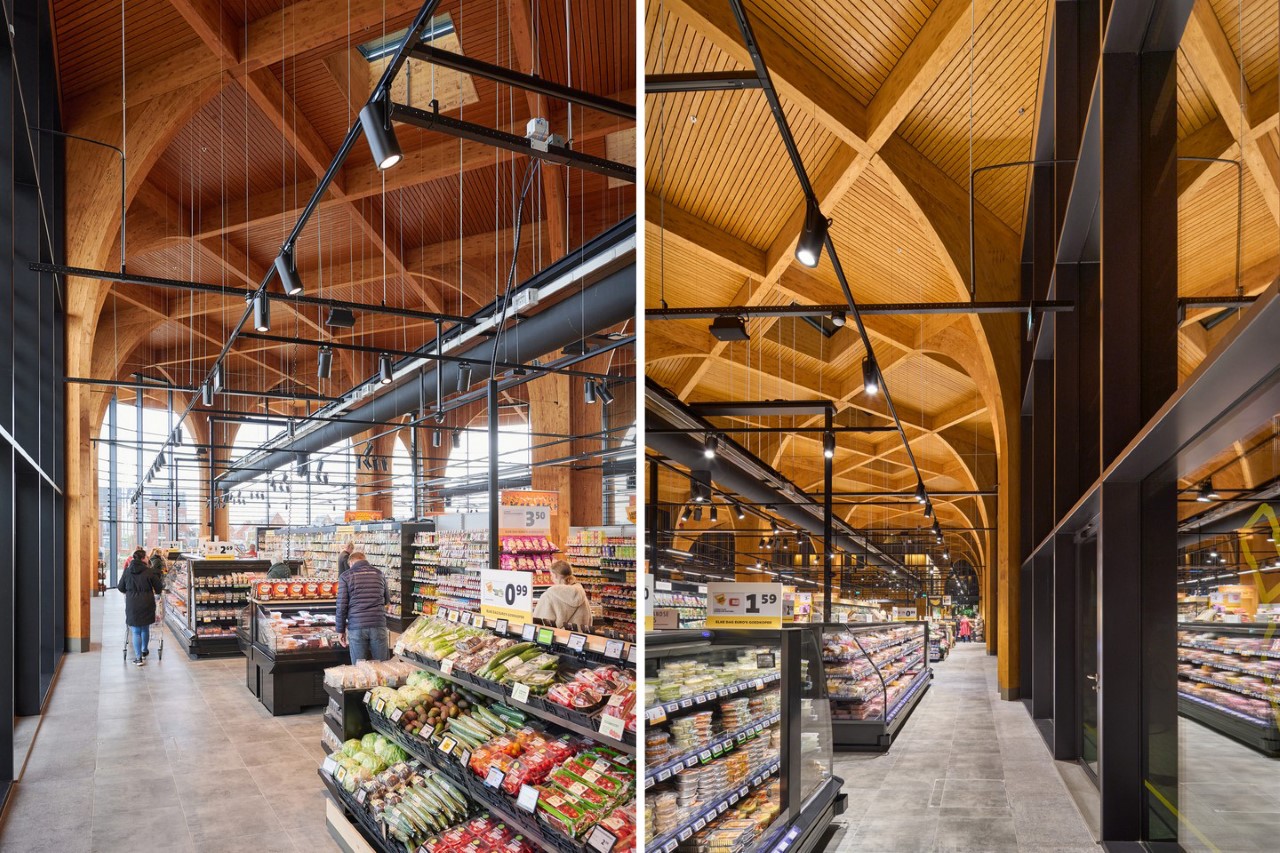 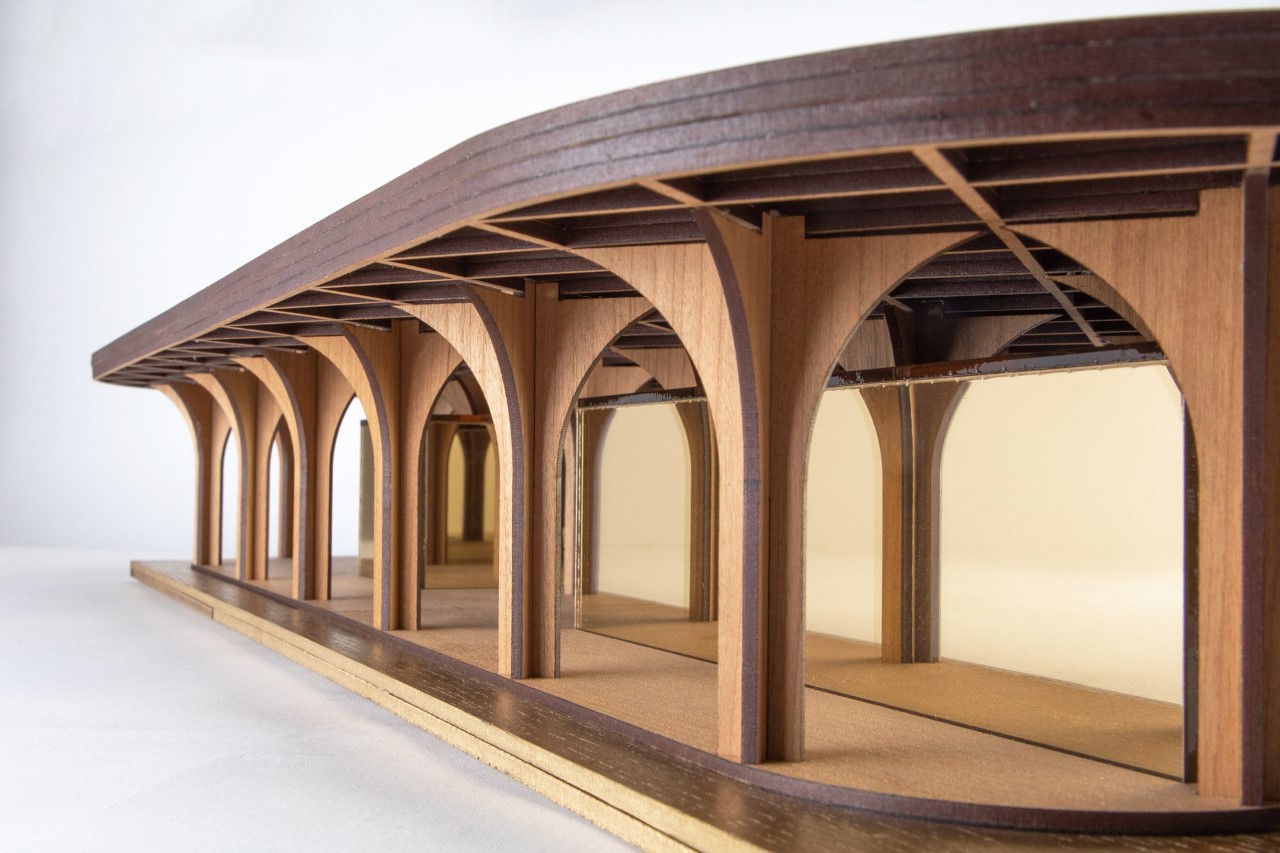 A scale-down model of the SuperHub’s construction 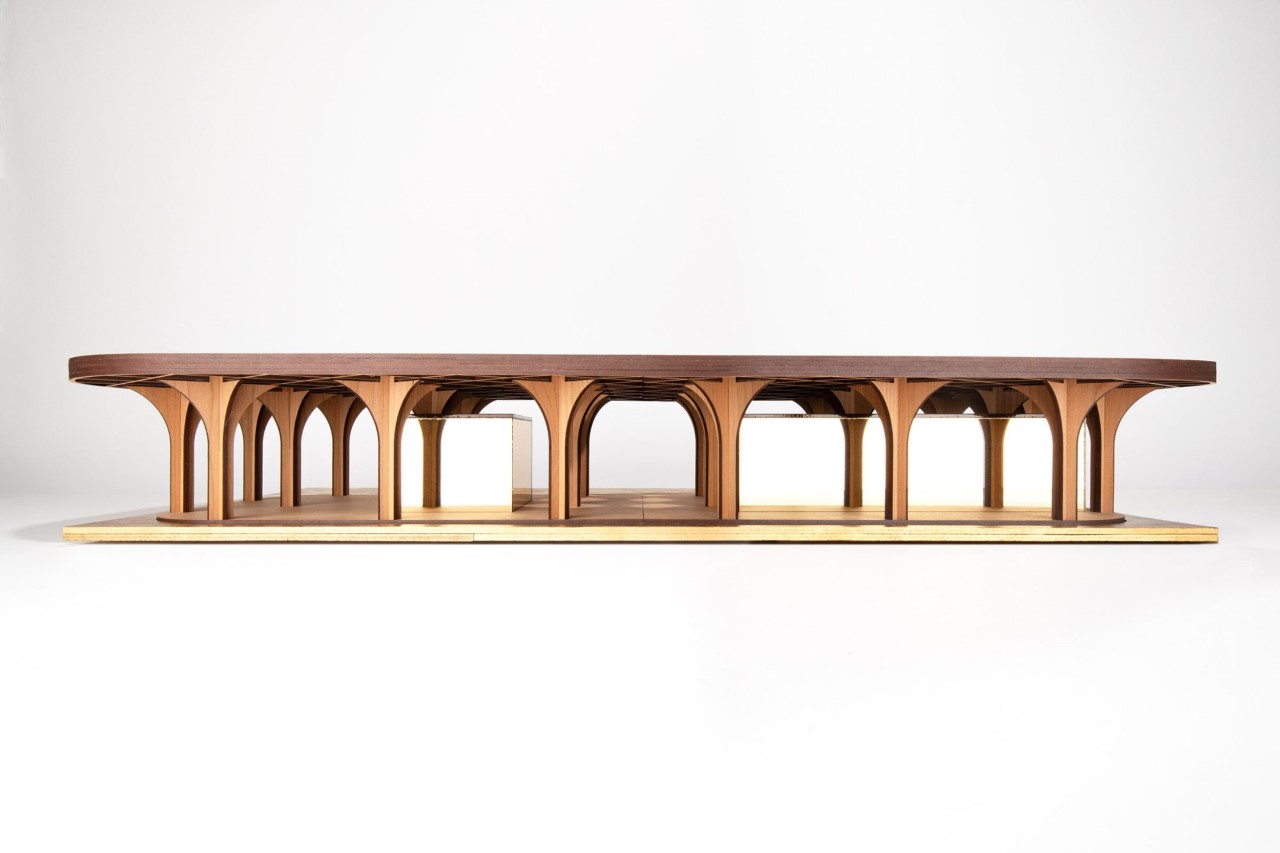 In the hills of Harriman State Park (New York), plans were made to build a beautiful, contemporary-style hobbit hole known as the Black Villa. The…

Terraces of rice paddy fields cascade down mountain slopes so evenly, from a bird’s eye view, it might appear they’ve been machine-cut and curated, but…

With interiors that look like fluids frozen in time, the sales office for the CIFI Group located in the Nansha district feels like a set…

This architectural design joins two A-frame cabins together by a glass sky bridge!

The Gisoom Cabin is a 3D architectural visualization from designer Soheil Kiani that features two A-frame cabins joined together by a glass sky bridge. 3D…