Cooler Master is better known for its jaw-dropping PC cases and peripherals but a motorbike link seemed unlikely until now.

A customized Street Bob from the Harley Davidson camp comes as no surprise, but one that’s modernized for a sci-fi look is rare. Fusing the cool lighting of a Cooler Master case and the freedom of a 2020 Harley-Davidson Street Bob getting dapper customization is the highlight of this edgy cruiser bike. 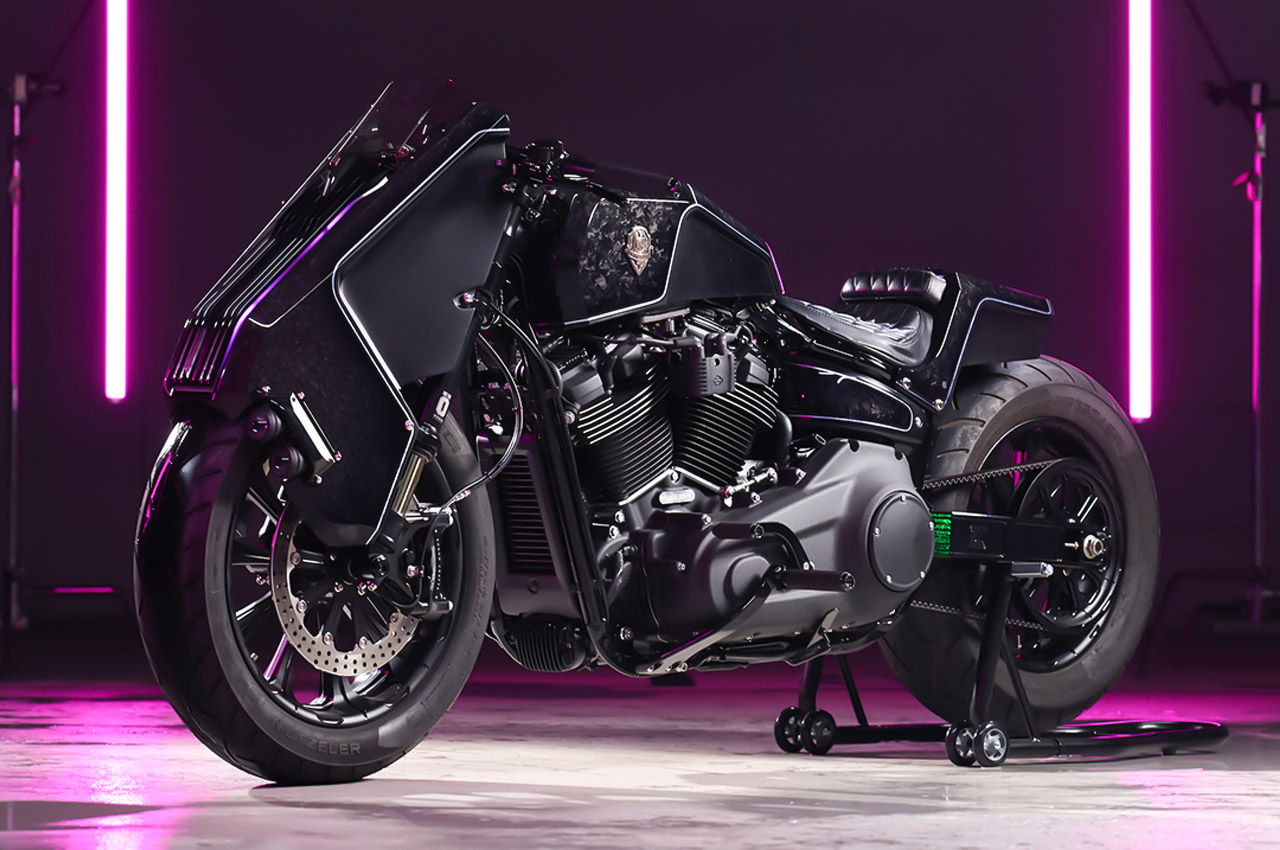 Taiwan-based Rough Crafts is the team behind this build specially crafted to celebrate Cooler Master’s 30th anniversary. The red cherry on the top is a matching computer case. To mark the occasion, the custom shop chose forged carbon fiber for the meticulous texture of the bike. The aluminum fins on the fuel tank and the rear section add contrast to the hyper-realistic creation. According to Winston Yeh of Rough Crafts, the idea was “to combine the signature elements of both worlds.” 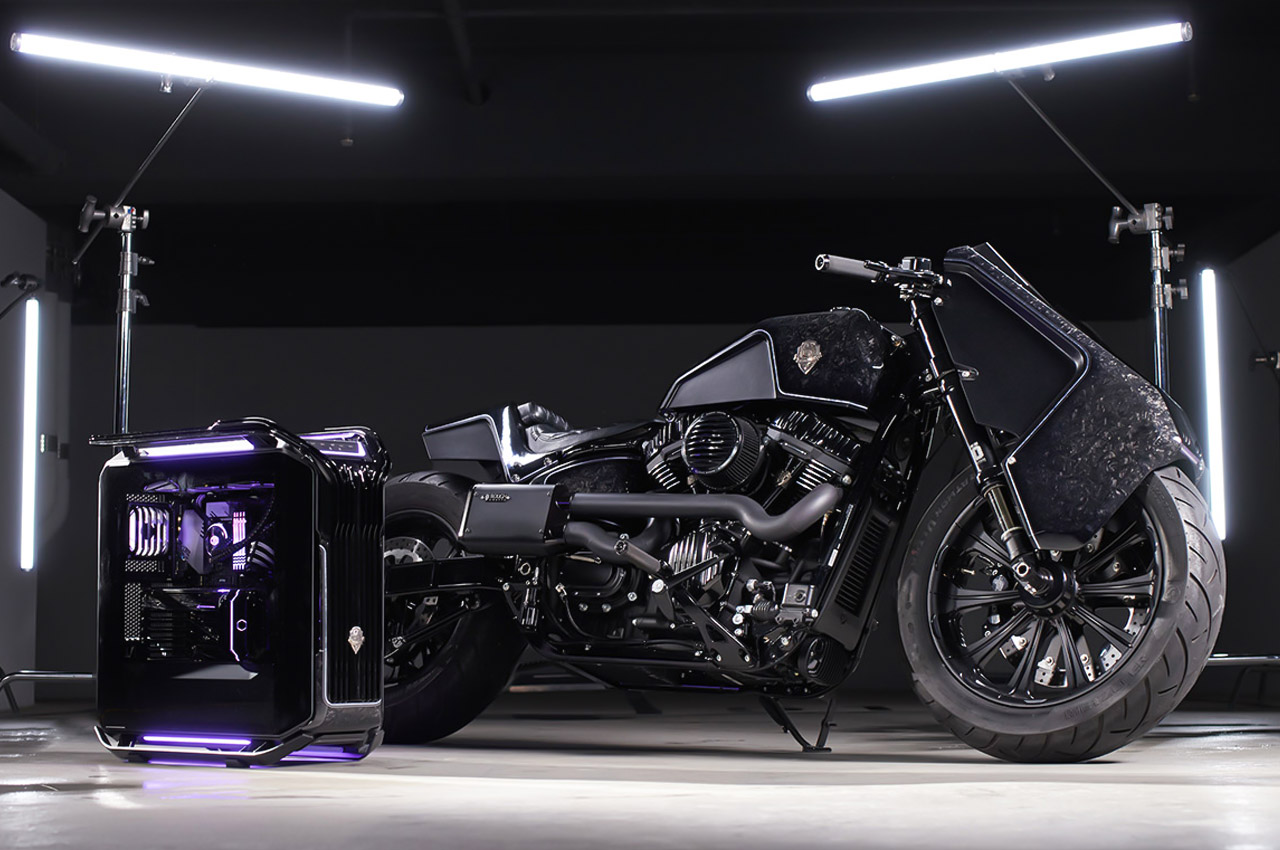 Attention to detail is undeniable as Winston leveraged 3D printing to digitally design the fairing tank and tail from a high-end polymer material. Wrapping the carbon fiber parts with eye-popping marble texture on the bike parts is something to behold here. Rough Crafts leveraged the expertise of his trusted collaborators like MS Pro and CT-Garage to handle the fabrication and final assembly respectively. 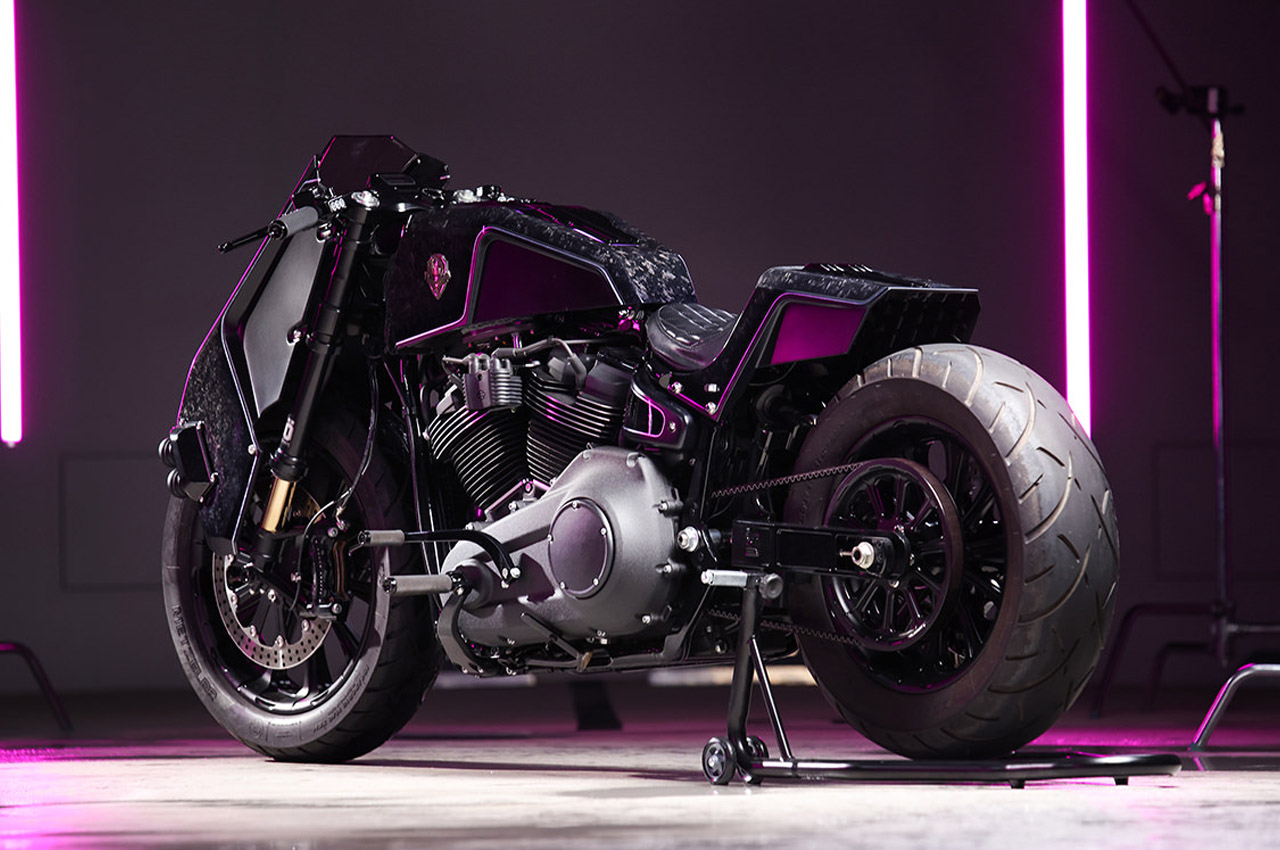 Meaning, the Cooler Master’s identifiable purple lighting setup (nod to the PC heat sink) and the sharp looks of their geeky computer cases, fused with the fin details of the custom shop’s builds and use of lots of forged carbon fiber. The LED projector headlights, taillights, and turn signal lights all come courtesy Koso.

Chassis upgrades include the Öhlins forks connected to the custom yokes and Öhlins shock mated to The Speed Merchant swingarm. The in-house handlebars and finned air filter along with the switches from Rebuffini directly integrate with the Street Bob’s CAN bus system for plug-and-play functionality. To put it precisely, a balanced mix of cool and cliched aesthetics with riding superiority to boast. 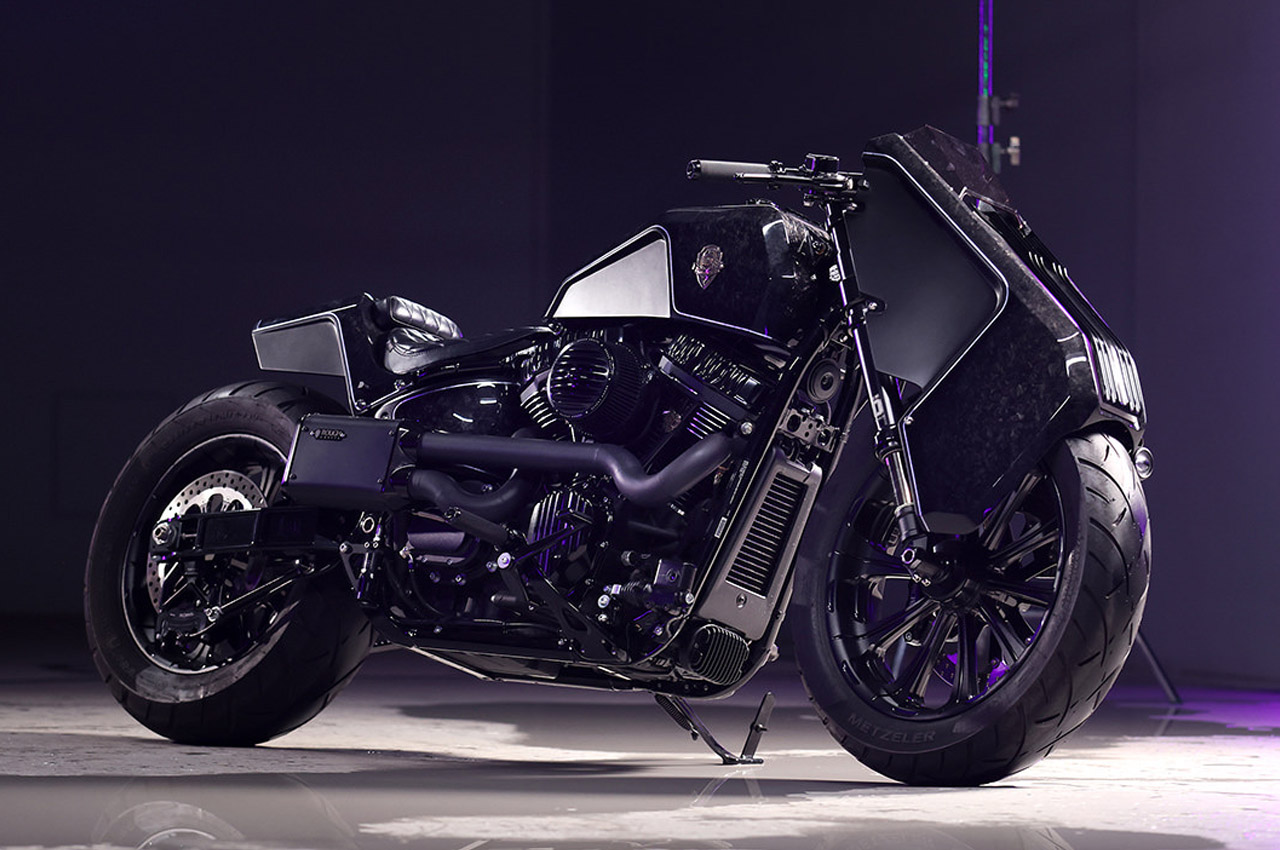 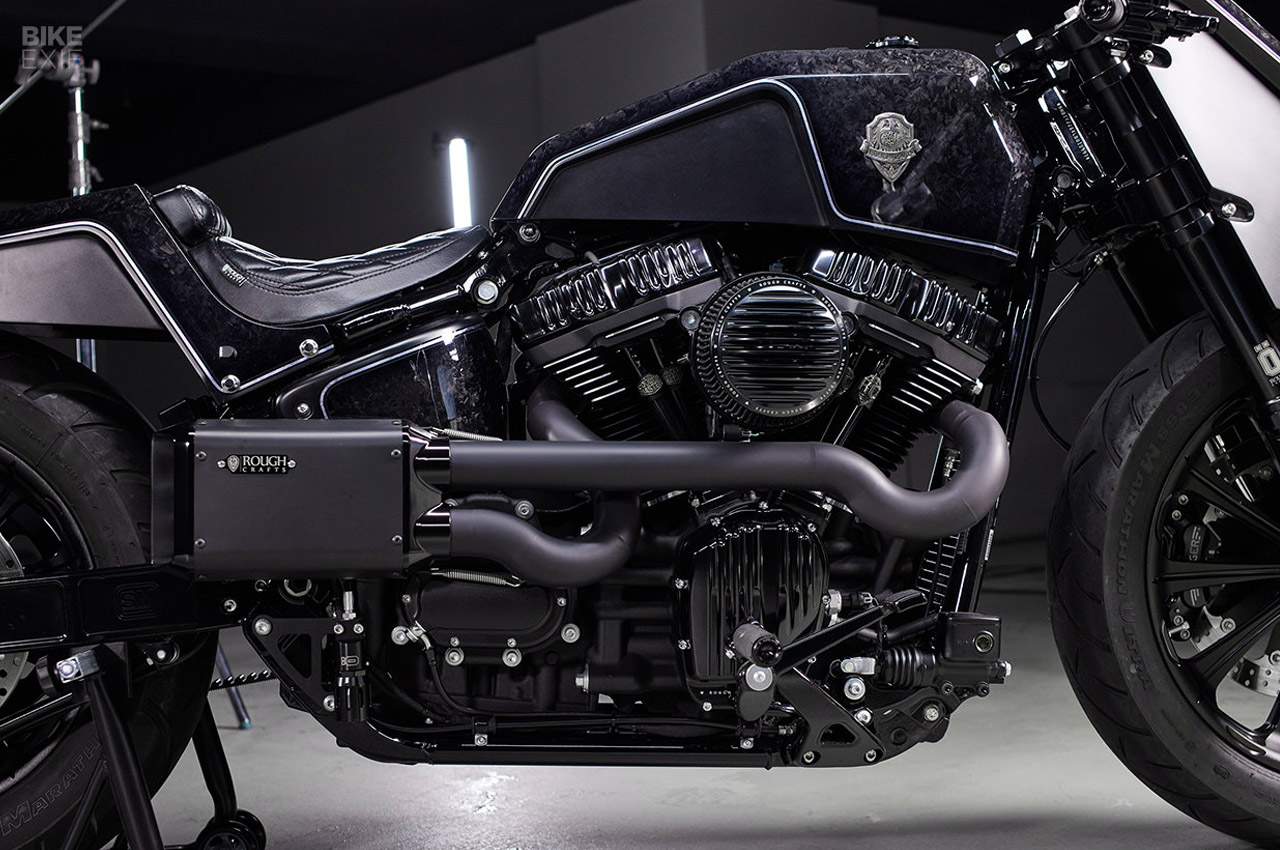 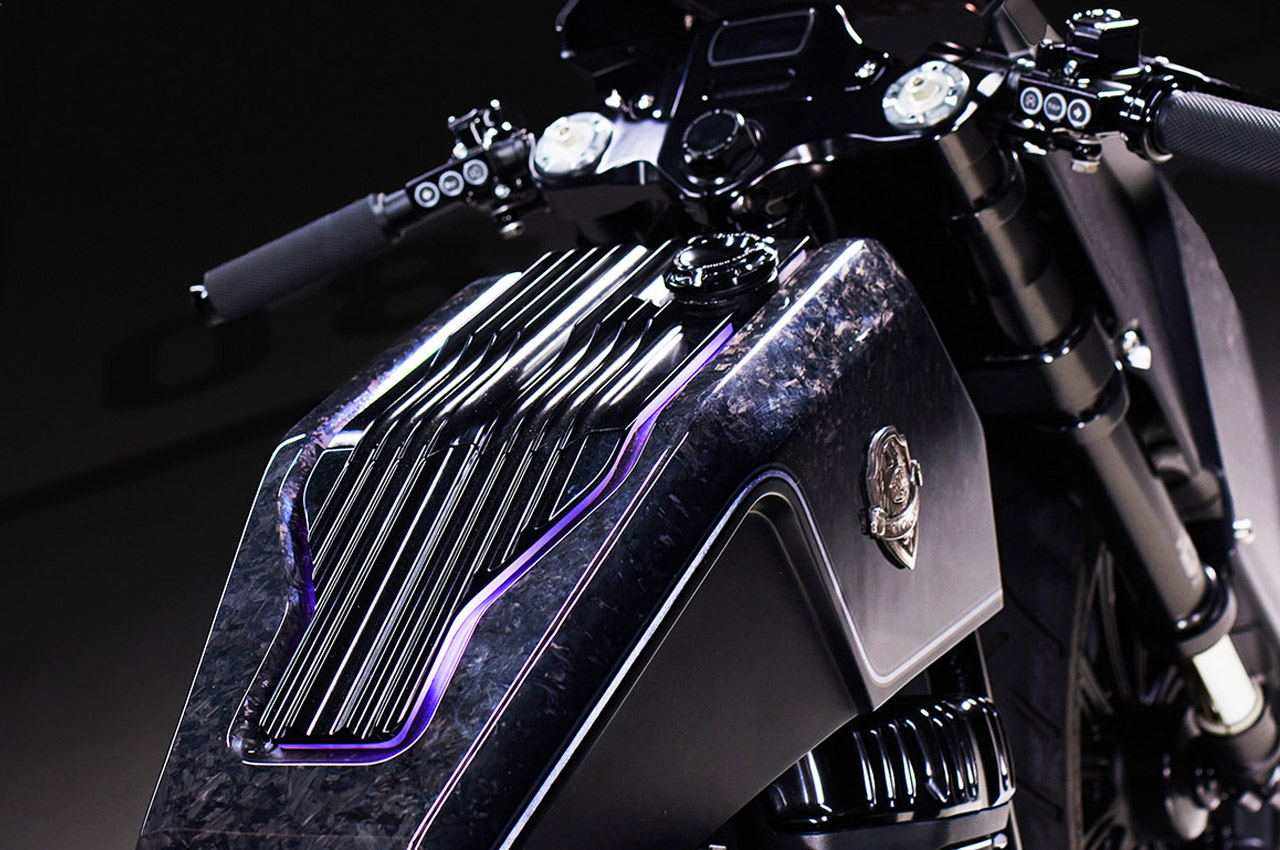 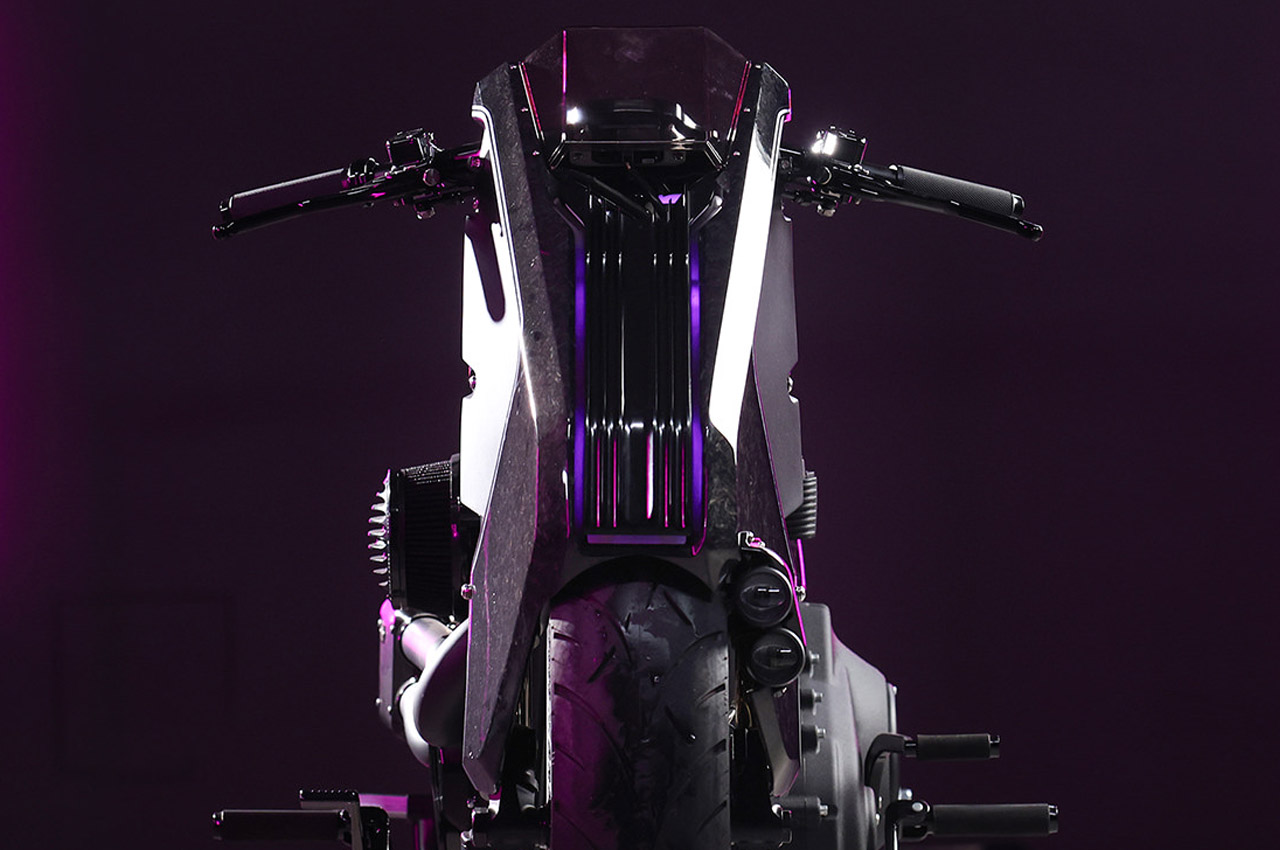 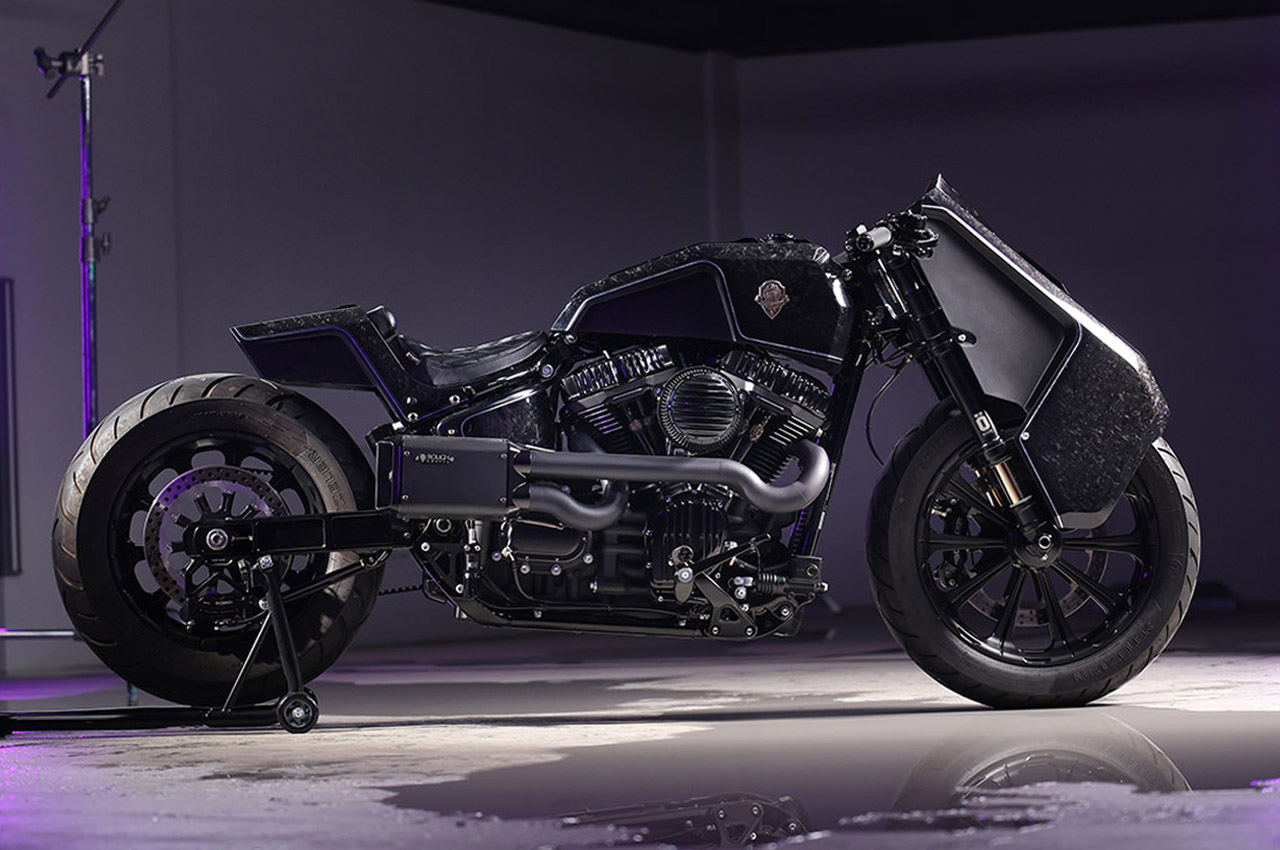 Simple Life Starts From The Kitchen

Ok, here’s a thought, we often repeat certain steps or patterns while cooking, especially near the sink area. So how about organizing ourselves so that…

The Sunlight Clock will make you feel like you are watching the sunset instead of making you want to rush. And it comes with a…

Literally… it blows and sucks! As more urban-based companies lean toward work-from-home policies, so does the need to have better indoor air quality at home….