We’ve always been warned never to play with sharp tools (unless that’s actually your job), but that never meant these objects themselves couldn’t be playful. No one pays scissors any mind, at least until they’ve gone dull and unusable, and they’re often banished to drawers or containers after use. It’s mostly for safety reasons but also because scissors aren’t much to look at anyway. Not these scissors, though! This pair you’ll want to always be up on display, like a trophy honoring your snipping talents. Or maybe you just want to have it both within easy reach as well as in your line of sight because these stratocaster scissors won’t only help you cut through paper, it might even help you cut through boredom and mental blocks for your next design project. 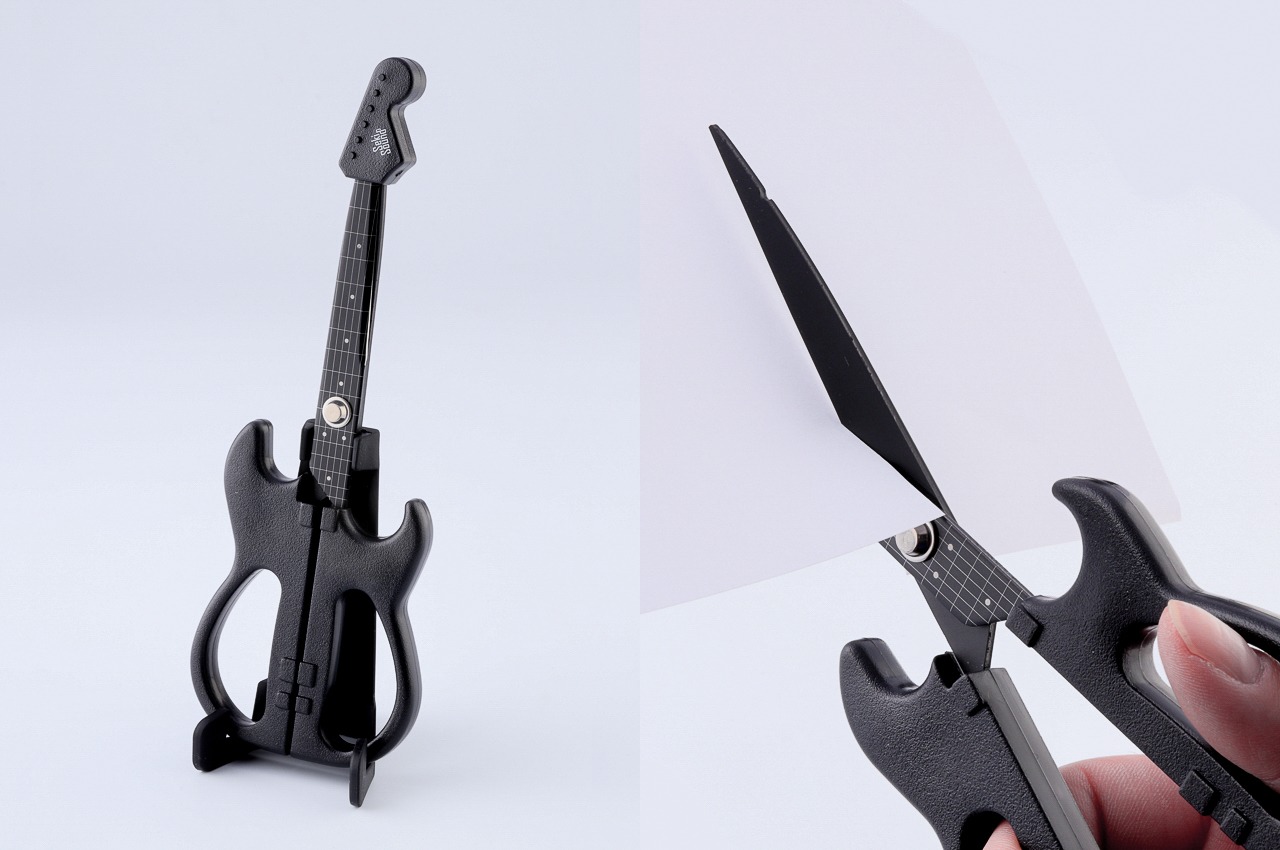 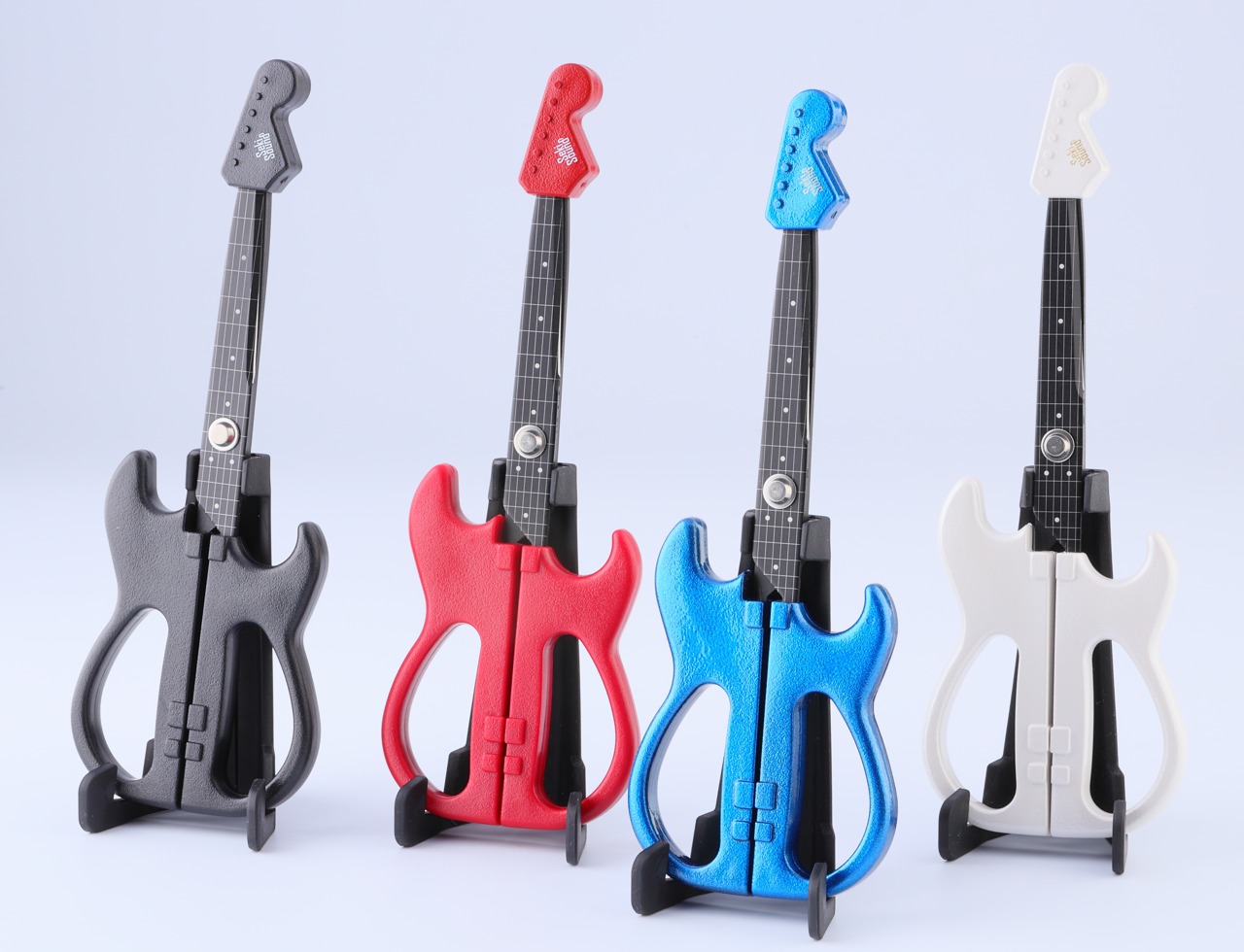 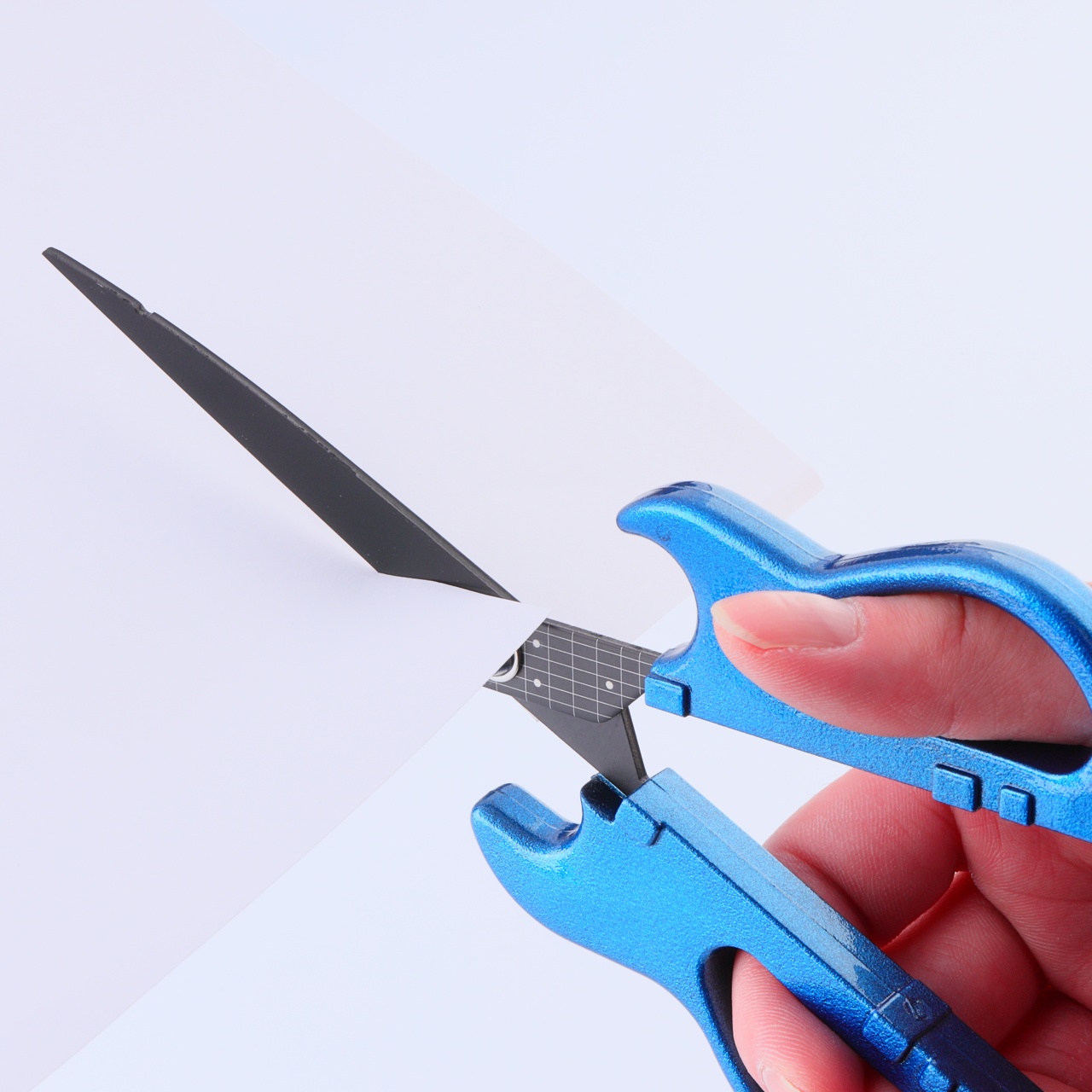 Just like any tool, scissors give grief when they don’t work properly. The last thing you need when you’re in a rush or in a state of flow are dull scissors that can’t even cut through the thinnest sheet of paper. At the same time, like any other object, a pair of scissors’ appearance could affect your mental state as well. After all, no one will buy want to buy ugly things or beautiful but broken tools. Fortunately, the Seki Sound scissors are both sharp-looking and actually sharp at the same time. 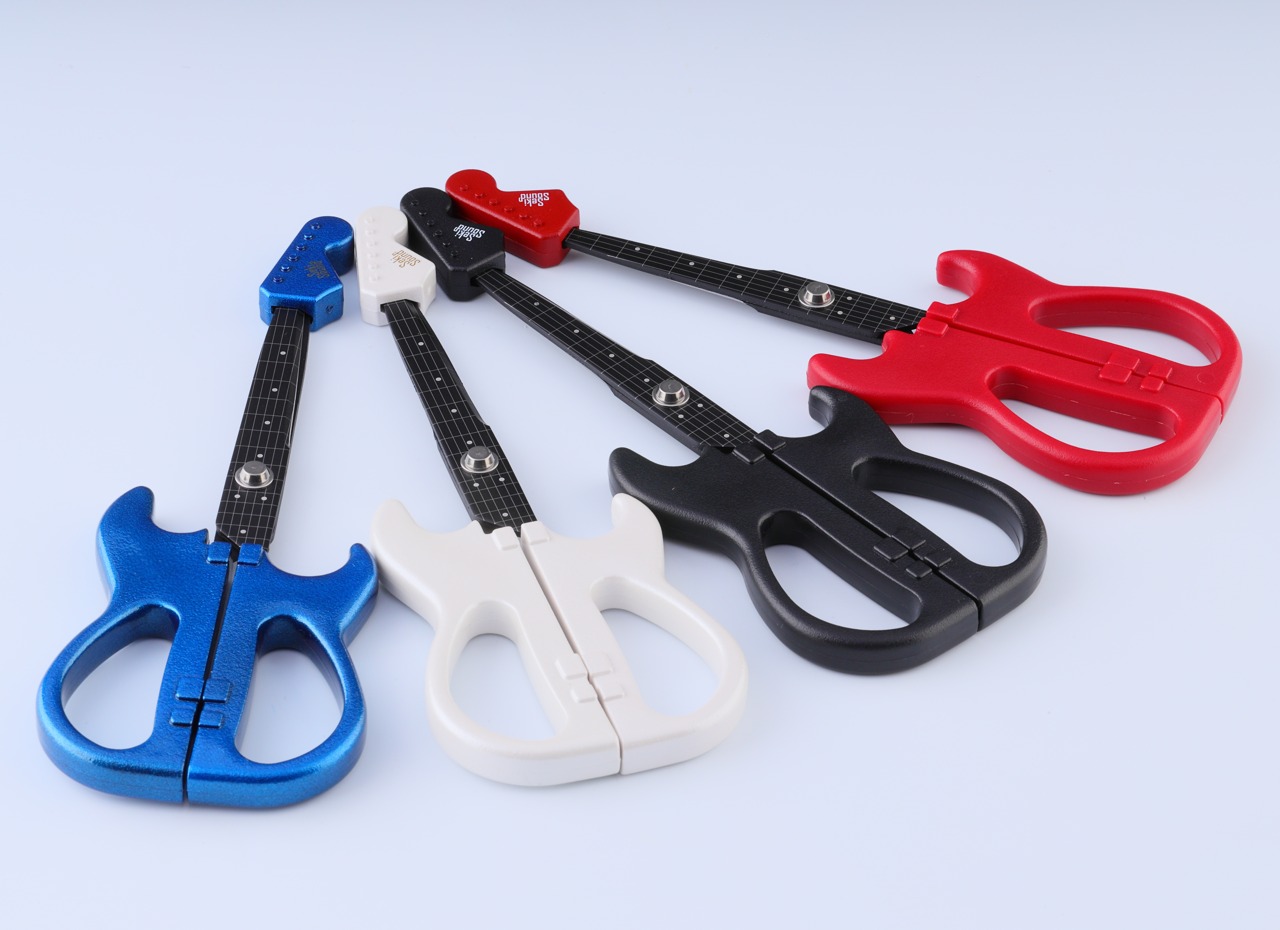 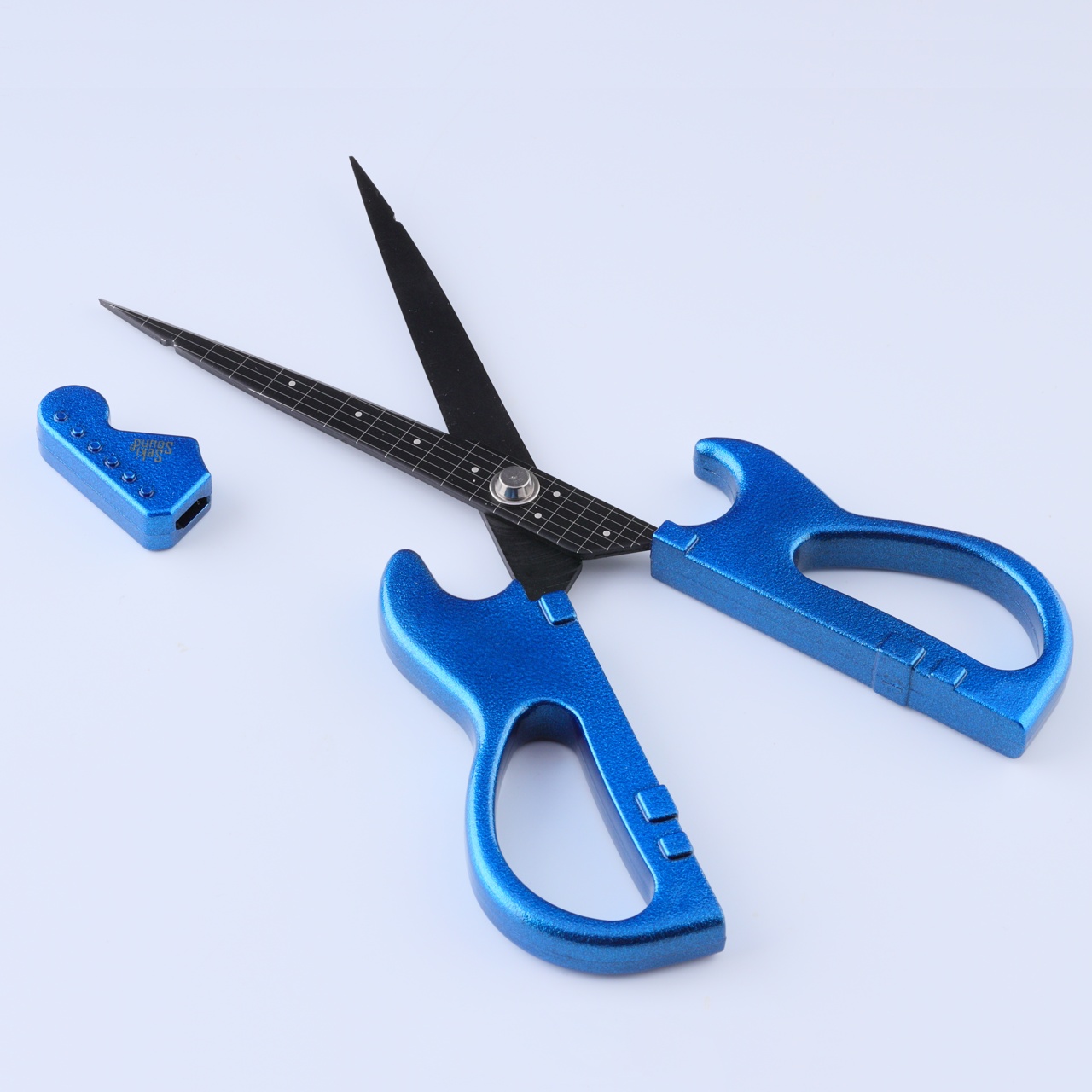 There’s probably a metaphor to be had here about how music can cut through the soul, but at the end of the day, these guitar-shaped scissors speak for themselves, metaphor or not. Taking inspiration from one of the most iconic electric guitar designs in the world, these shears deserve to have a special place on your desk, preferably within easy reach. You might find yourself wanting to cut more often simply because of the joy of having such a unique piece of equipment in your hand. 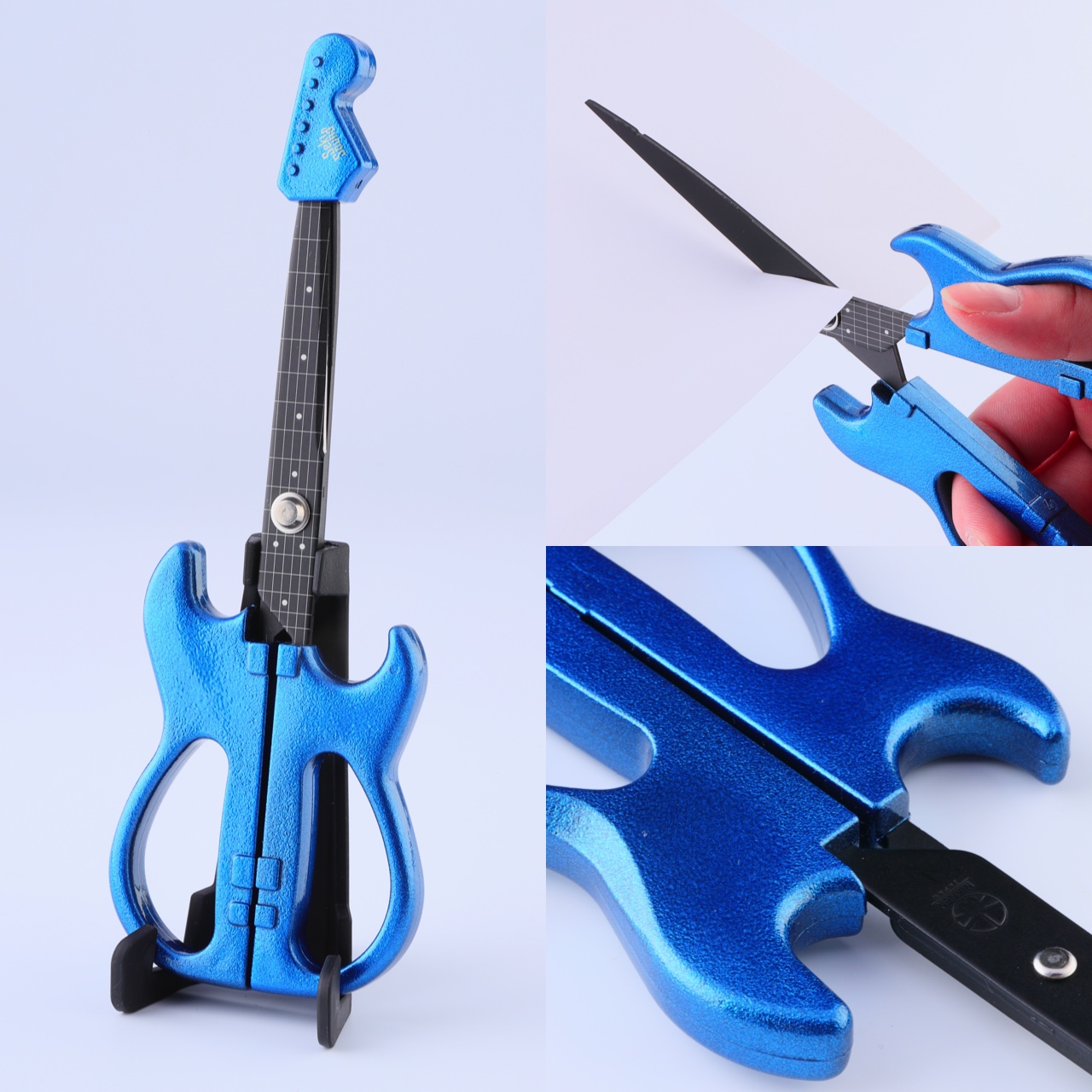 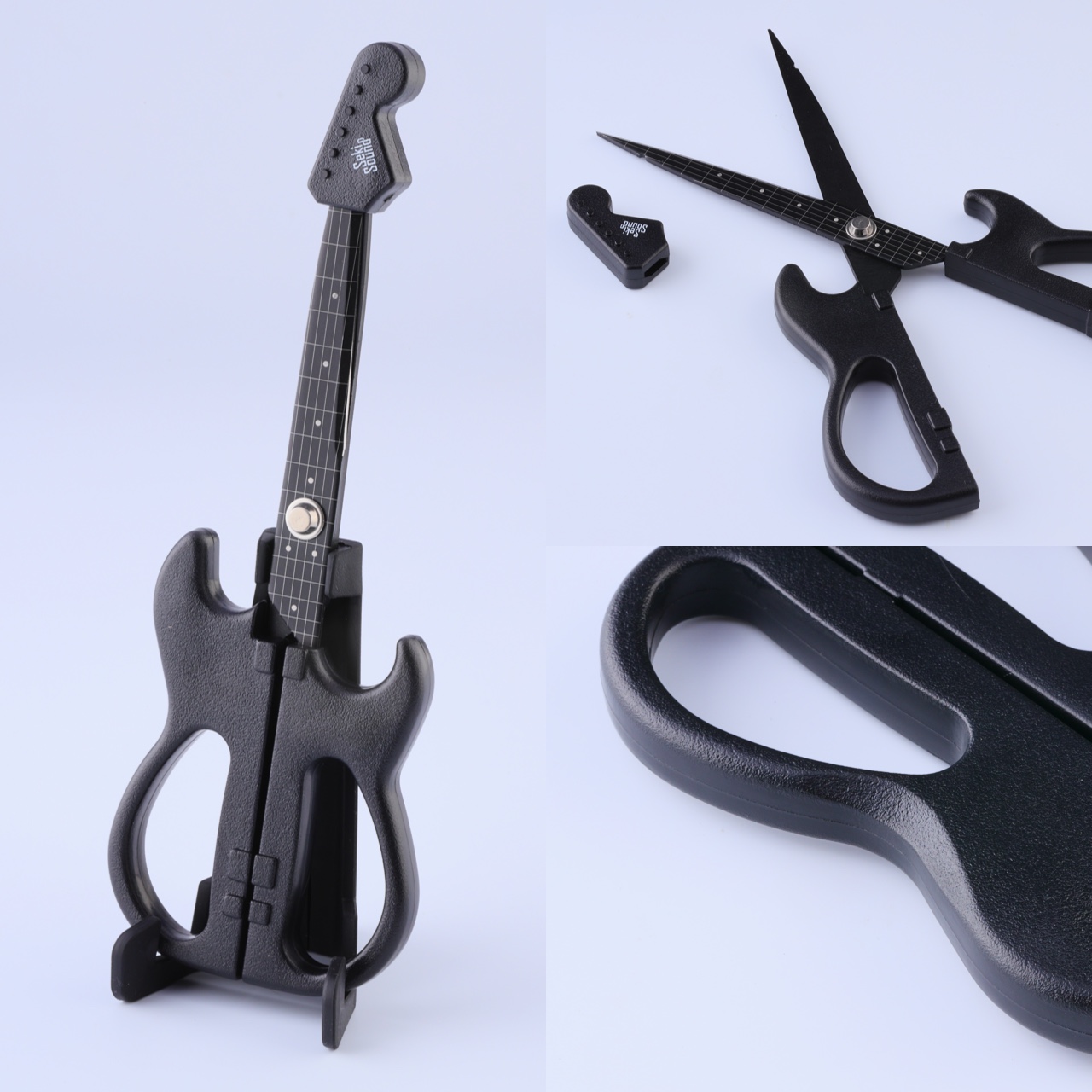 These rocking scissors aren’t just about looking like a guitar. A great deal of effort was made to ensure authenticity, down to the curves of the body as well as the contour on its back that you will rarely see. There are also six strings and the exact same number of frets that you’d see on a real guitar. There’s even a matching cap that not only serves as the guitar’s head when not in use, it also offers protection by blocking the sharp point and preventing the scissors from being opened when it’s in place. 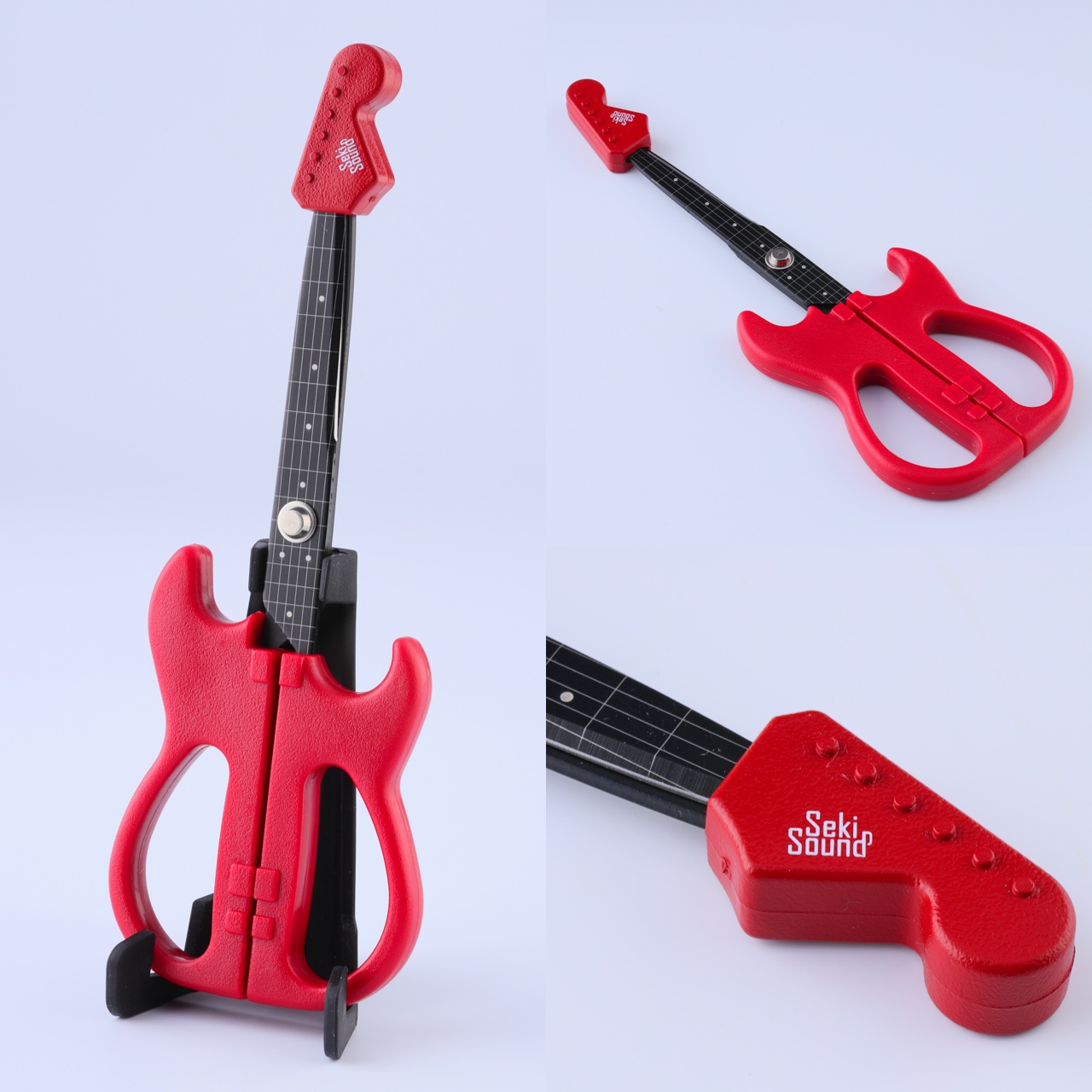 And sharp, these scissors definitely are! It calls on the history, tradition, and expertise of Seki in Japan, a city once famed for its swordsmiths and now for its cutlery. Each pair of scissors is sharpened by hand using a two-stage process called Kobabiki, where different whetstones are used to sharpen different edges. Thanks to its rust-resistant stainless steel material, these scissors will be able to cut through paper, vinyl, and even tape without breaking a sweat. 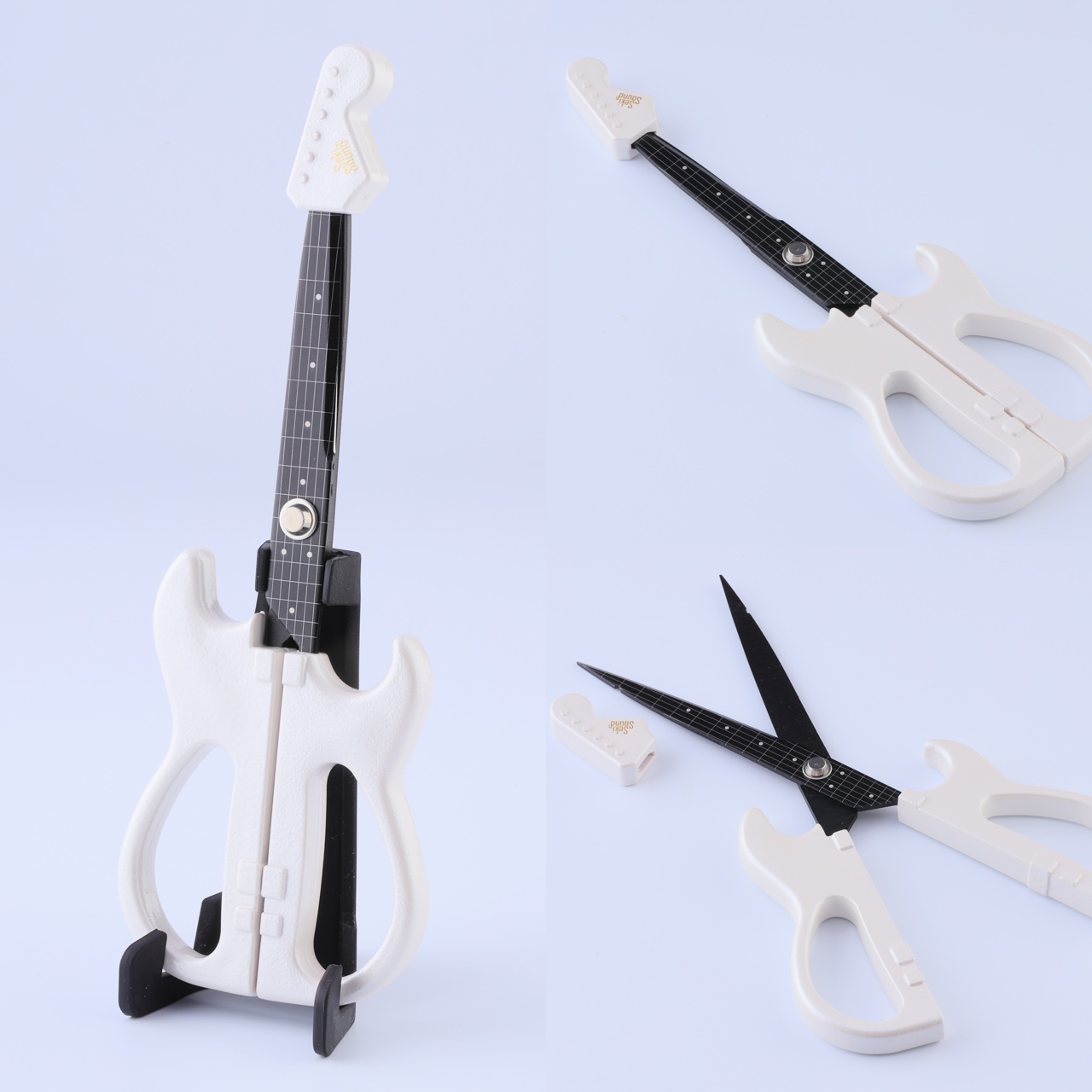 With pens and desk organizers getting some time on the stage that is your desk, it’s only fair that other tools get their time under the spotlight as well. Distinctively playful and astonishingly sharp, these scissors will add a little life to your desk and maybe even inspire you to go through your projects like a riffing rockstar.

Urwerk UR-120 a.k.a Spock is Vulcan salute to thinner, smoother, more elegant timekeeping

To go ‘where no watchmaker has gone before,’ the indie horologist Urwerk has derived inspiration for the latest mindboggling timepiece from Star Trek science fiction…

The Echo Auto brings the power of Alexa into your car!

The Echo Auto was announced just a few months ago at Amazon’s hardware event, along with a whole line-up of other devices (like the Alexa…

Designer Alexei Mikhailov isn’t out to convince people his iStick concept is the perfect mobile convergence device. In fact he clearly points out the iStick…

What A Purdy Washing Machine

Flexible Distance is a top loading washing machine developed for Ye Xiao Dong as winners of the “Lavatrice Cinese Made In Milan” competition. The emphasis?…