One of my favorite childhood memories is floating around in the pool on my small, inflatable, floatable toy. I was already satisfied floating alone there but of course when I grew older, I wondered if it would be more fun if I had a bigger one so some of my friends can float along with me. Well, that never really happened but little me would probably get a kick out of seeing all these large, inflatable devices that can hold more than just me in the pool and even in the ocean. 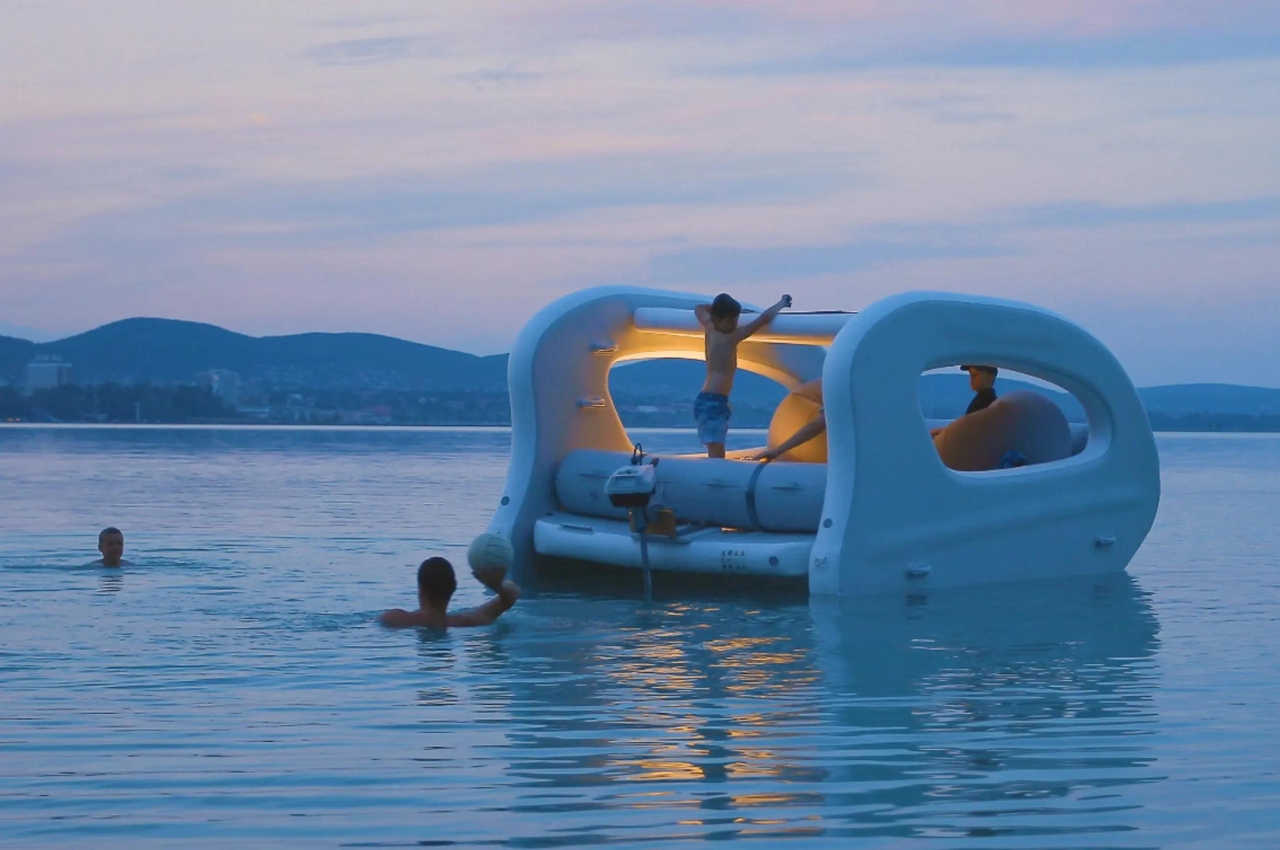 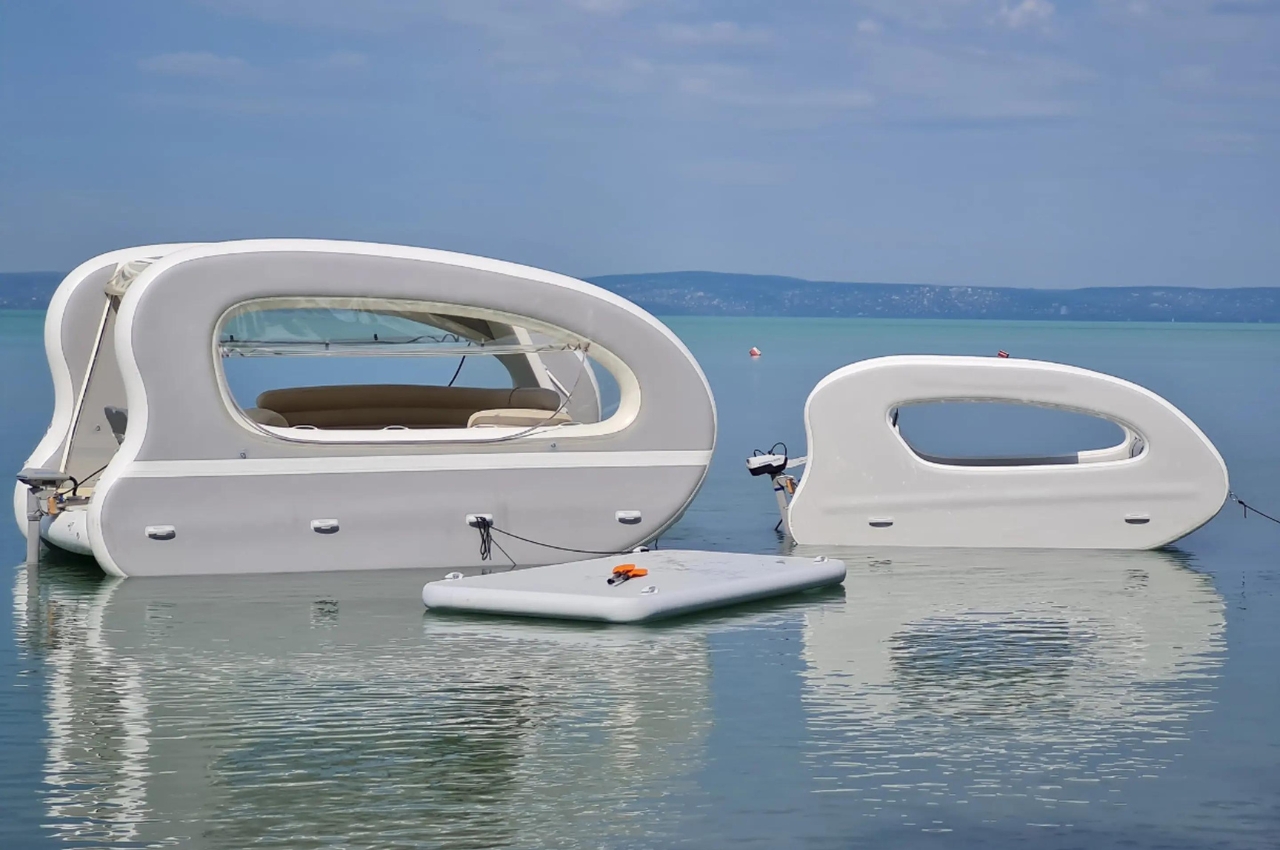 Well if you want to have a party in the pool or in the ocean but you don’t have a boat, this inflatable Portless Catamaran can be a portable and affordable option. When it’s packed and deflated, you it’s just around 265 lb but once inflated and in the water, it’s actually a 14.8-foot catamaran that can accommodate up to six people (of a certain total weight of course). You get around 9 square meters on the main deck and 3 square meters on the upper deck. The latter can hold up to 350 lbs and can also serve as the shade for the main deck. 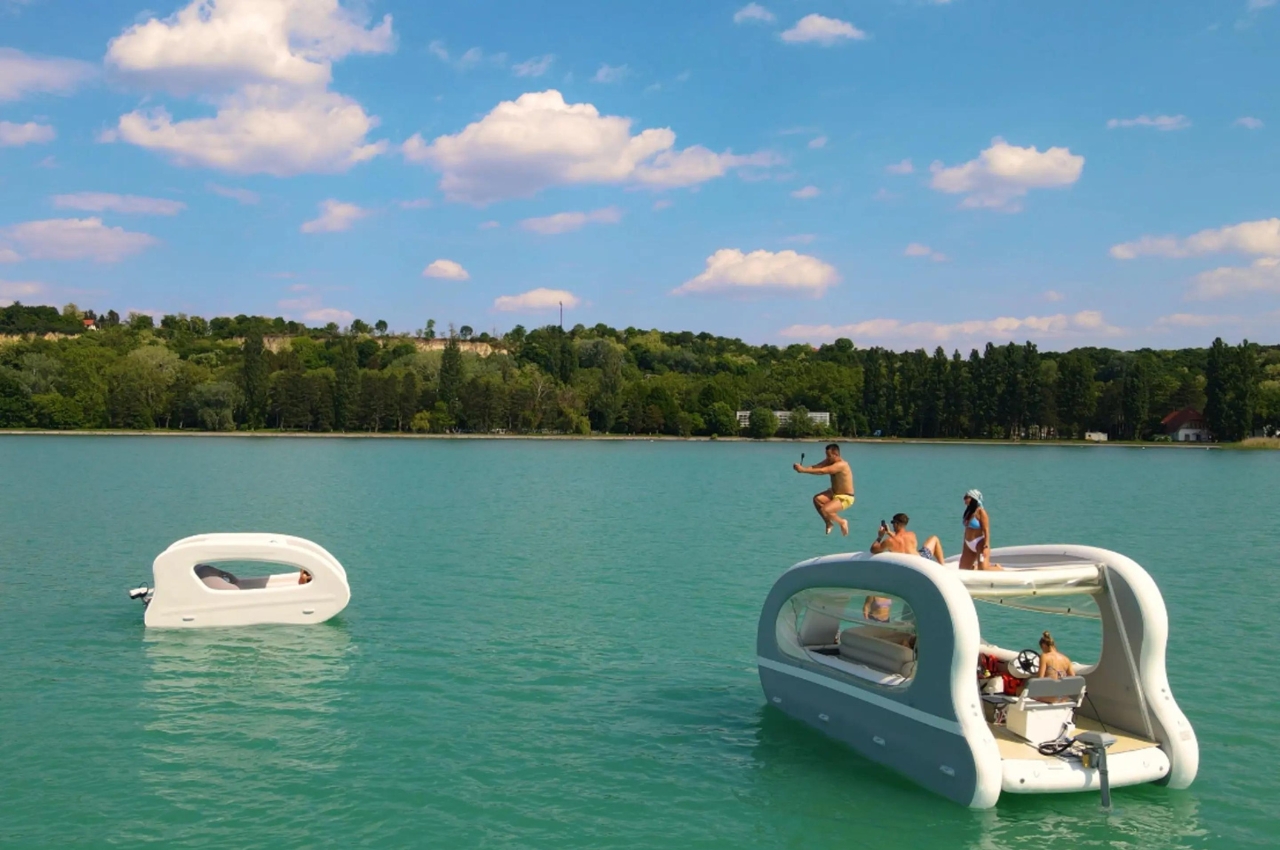 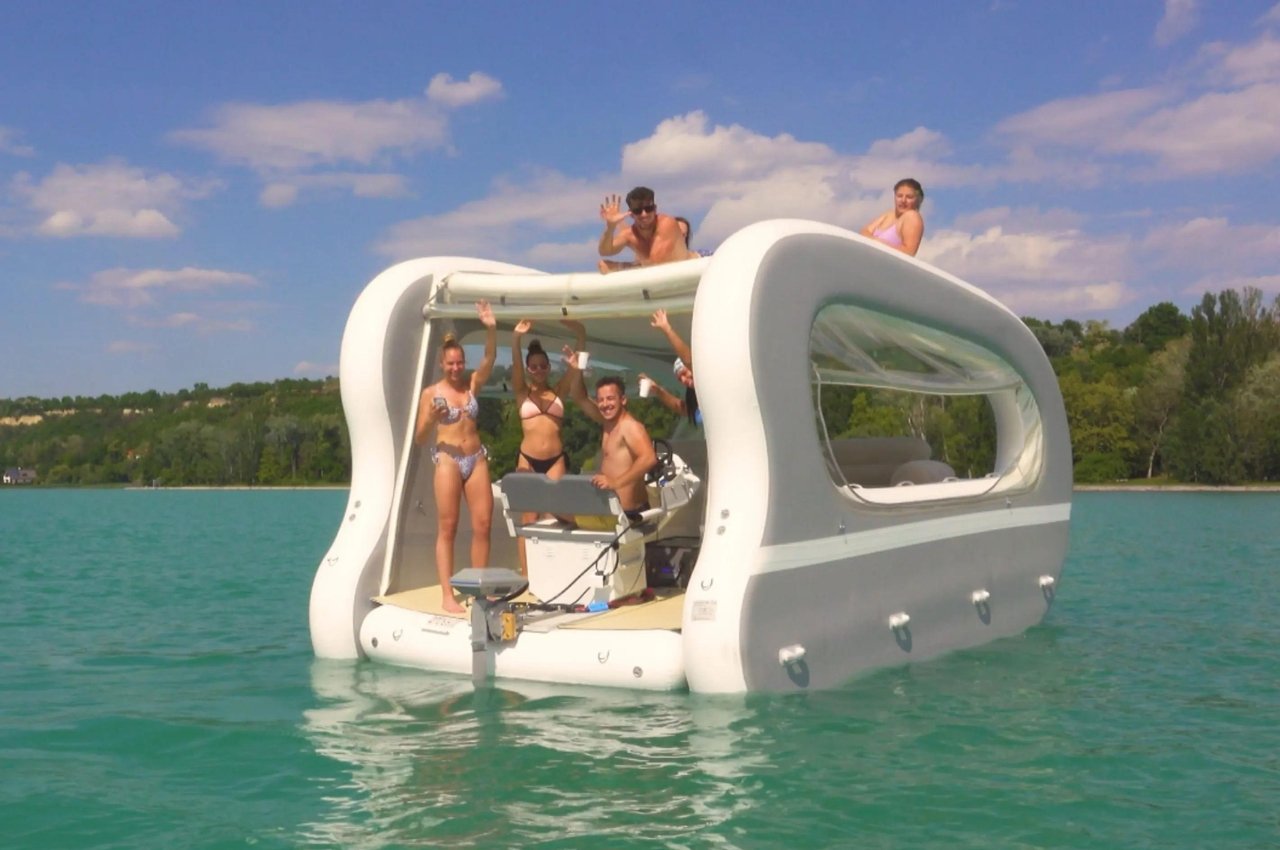 It can actually move around the water since it comes with an electric outboard motor (1-kW Epropulsion Sprit 1.0 Plus) and a 1.3-kWh lithium-polymer battery. It has a range of 16 nautical miles but the 200W solar panel can actually keep it moving around at 7 km/hour. There is a display that can show you how much battery is left and other important information you need to know, especially if you’re in the middle of the ocean. The catamaran is more for hanging around in the water while stationery though so you can’t really use it as a boat. 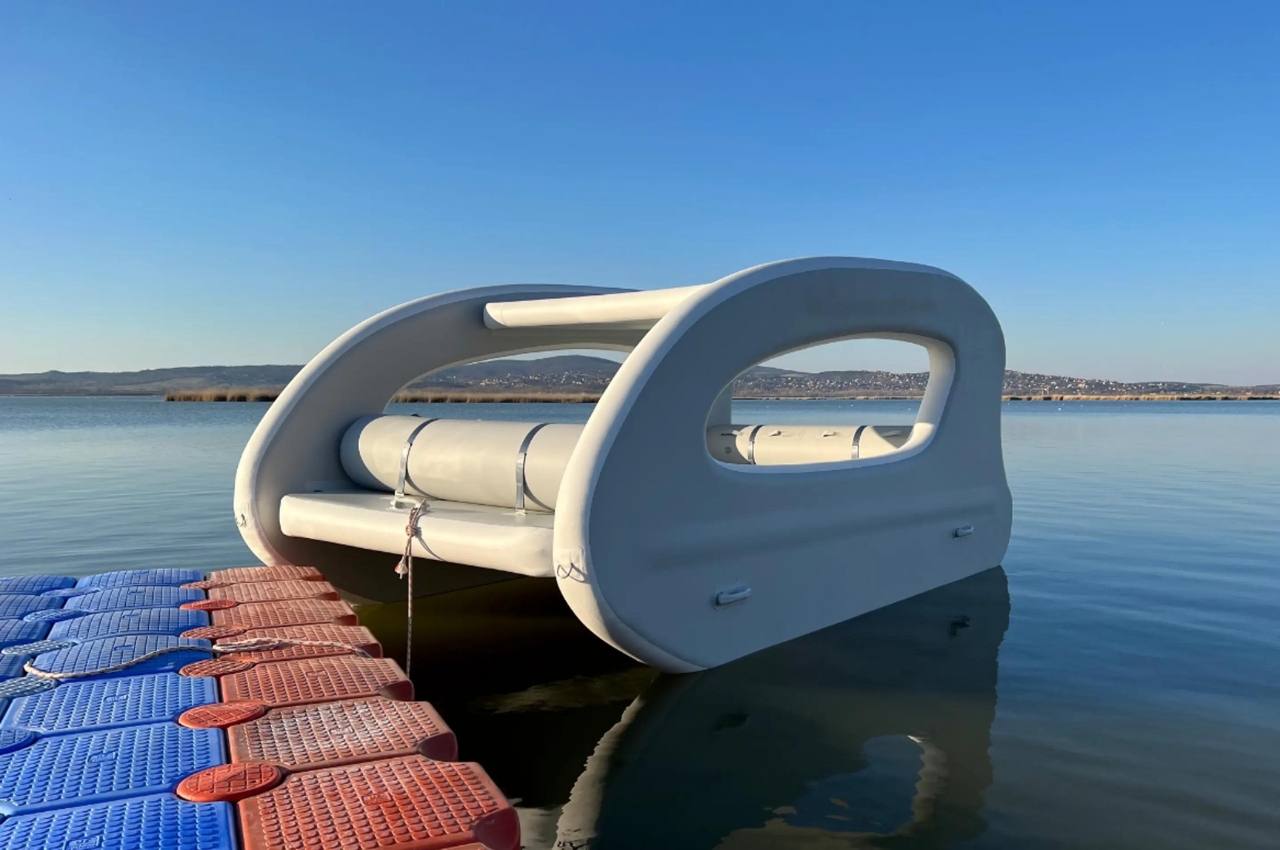 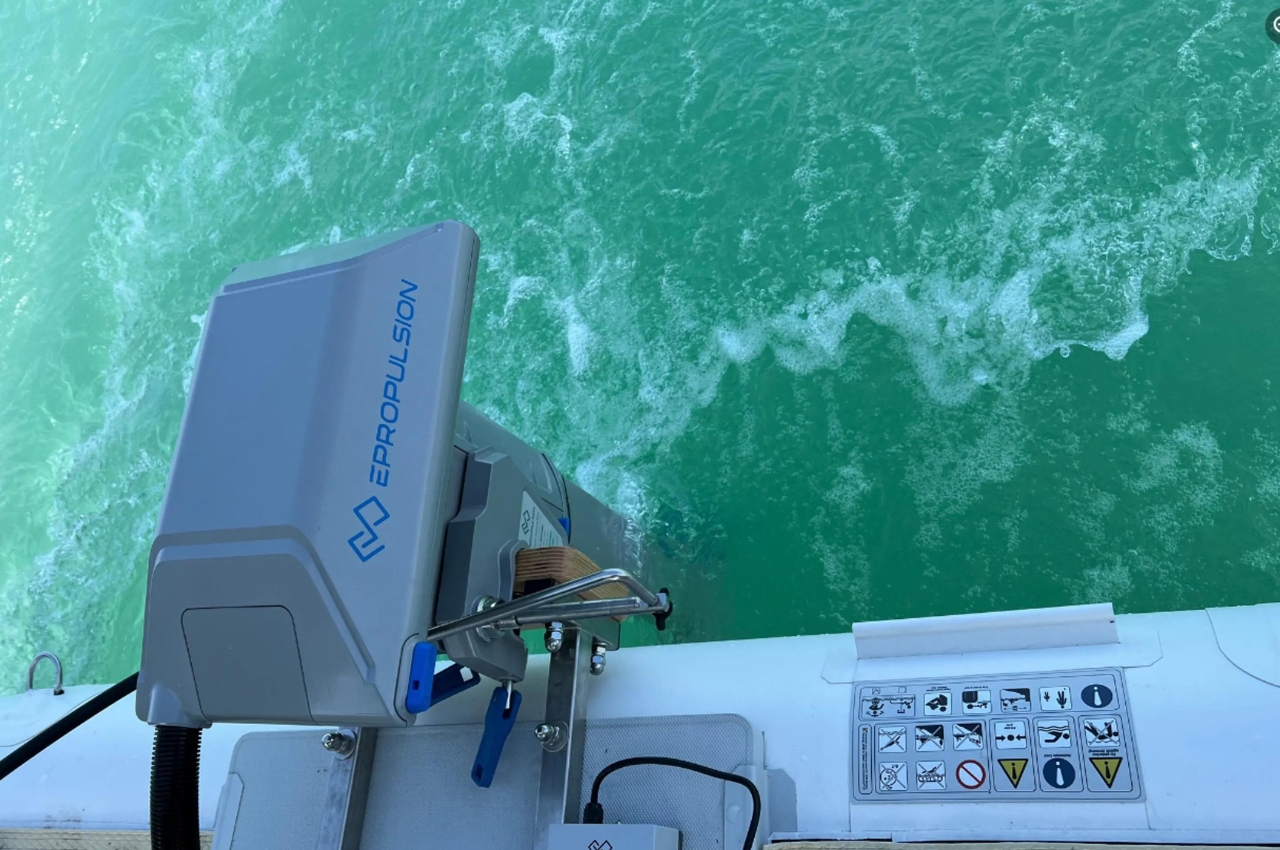 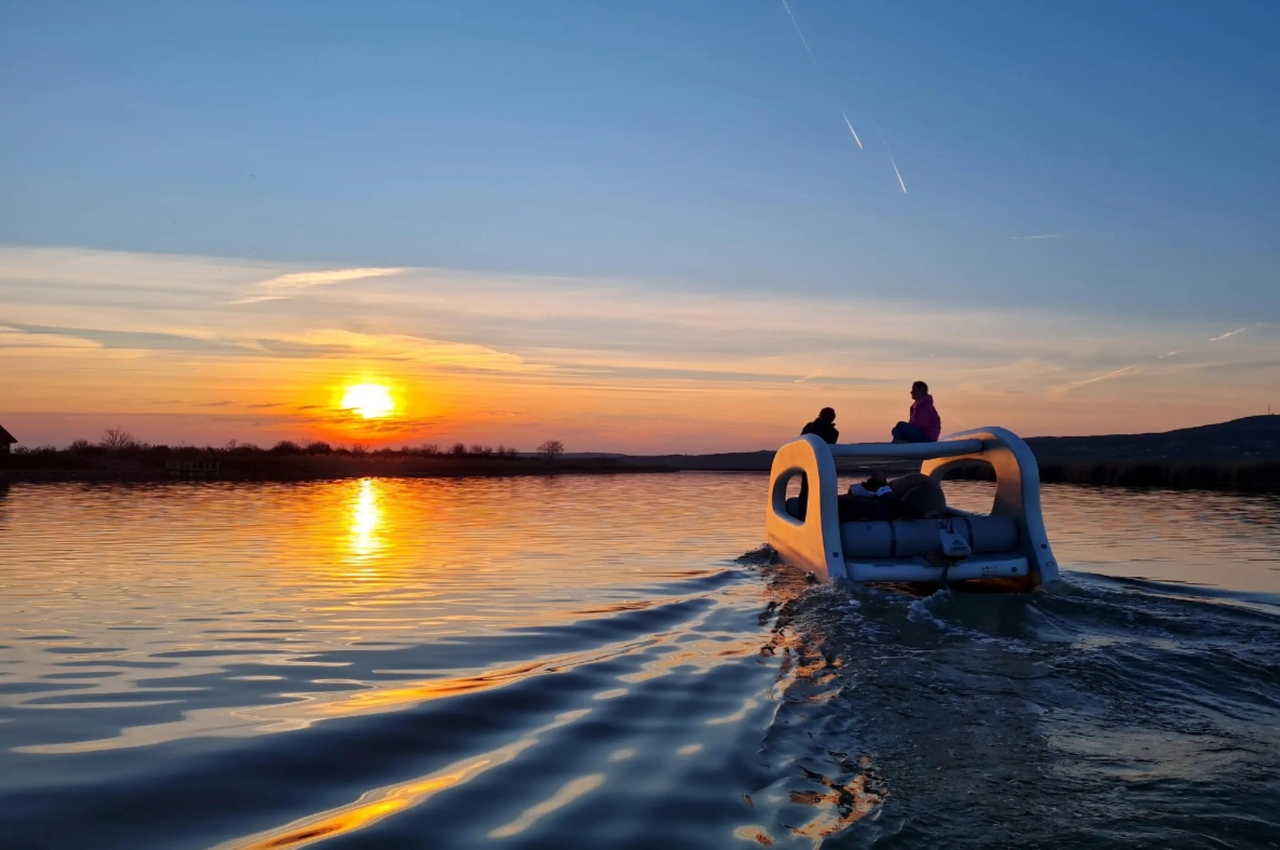 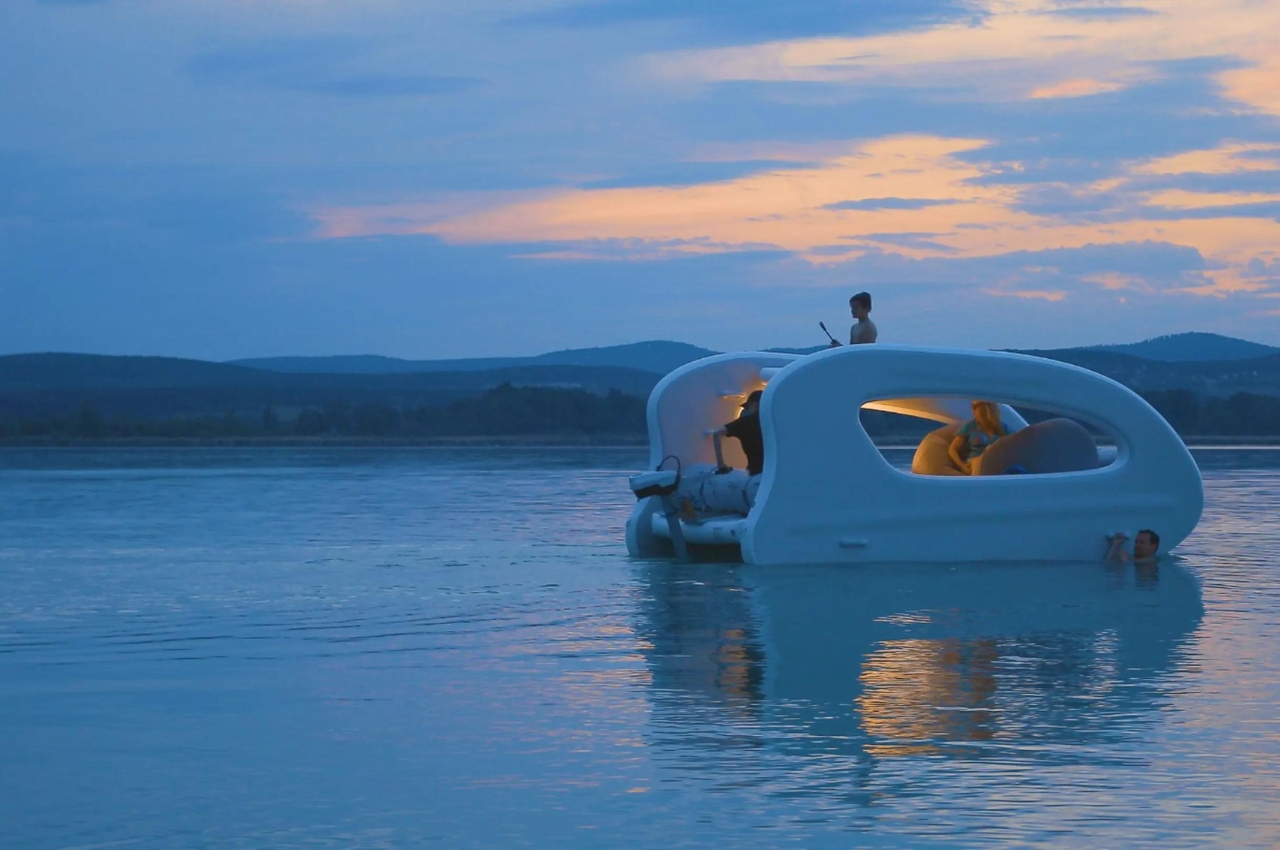 The standard Portless Catamaran has a single-piece body and is the easiest to inflate. The second version though has more parts that you can zip together. There are four individual pieces and should give you five or ten extra minutes to assemble. But the latter is easier to carry around since each piece is around 66 lb. There is also a deluxe edition that is bigger and can fit in eight people if you have a bigger family or party. They already include a swimming ladder and an electric pump and there are some more upgradable accessories you can add. 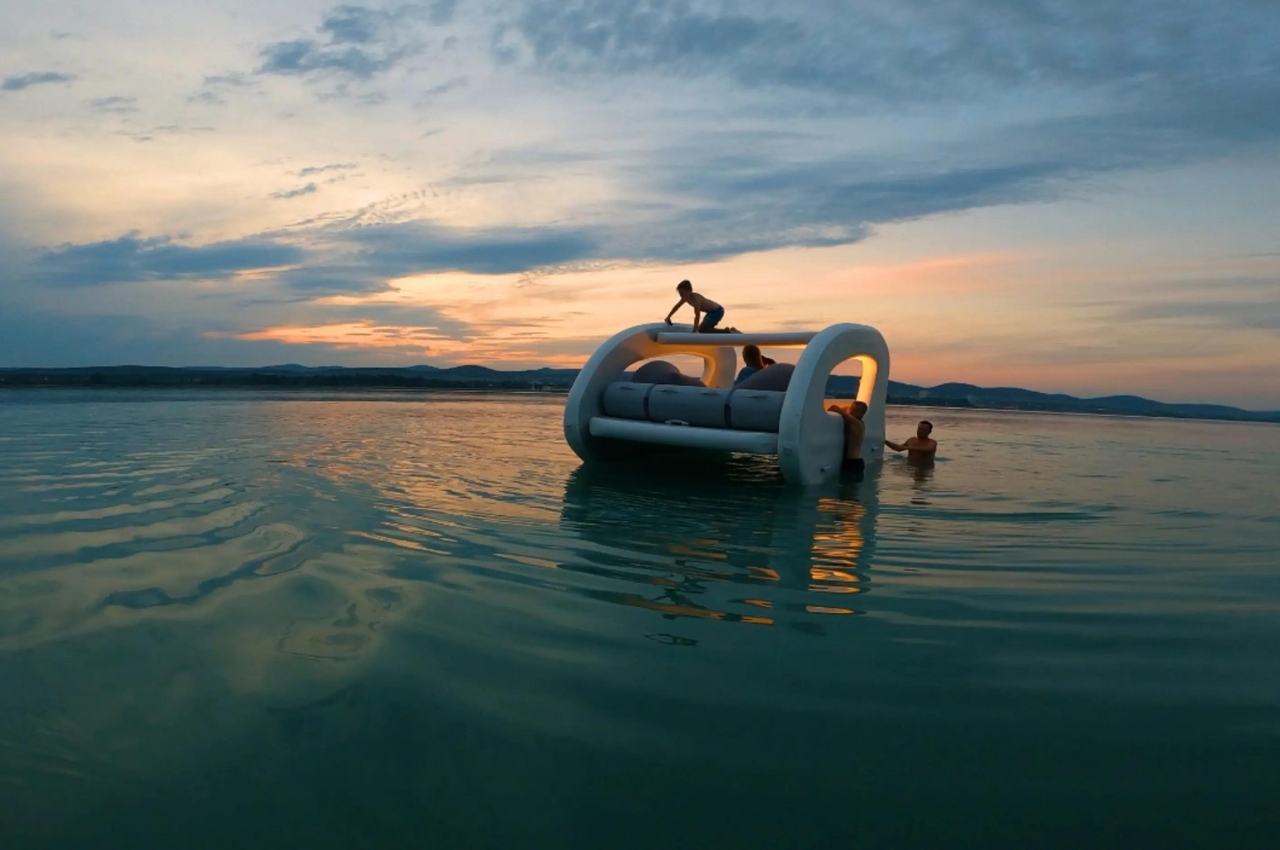 The Cash Register You Knew was Coming

Intelligent Cash Registers. Duh. They remember who you are, they know your “interests.” They know you! Intel is going to unveil this prototype “register” at…