The biggest reason why we lose important things like keys or even eyeglasses is that we don’t have a proper place for them. More often than not, we simply drop them wherever we feel like it and then forget where that convenient yet semi-random location was. Deciding on a single place to leave your keys, however, is just the first step. Developing the habit of actually placing them there and only there is perhaps even more important, and nothing develops habits better than associating with something rewarding, like a welcoming and calming sound whenever you place or remove this metal keyring from its wooden base. 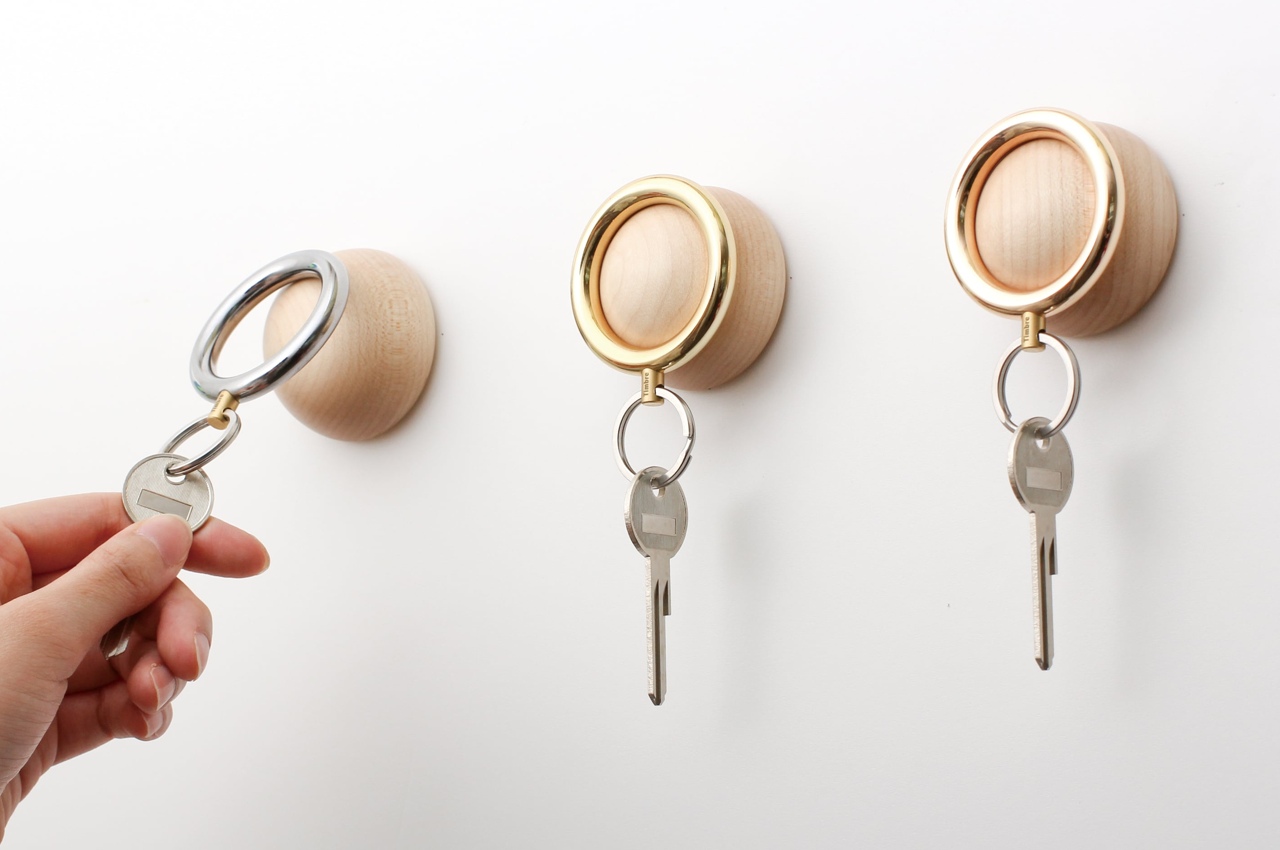 Some people place a bowl or some container on a shelf near the door so that they can drop keys off the moment they enter. Others try to be a bit more creative and screw a hook on a wall so that they can hang their keys and see easily see that spot when they arrive and before they leave. It’s a simple solution that can be effective only if you actually create the good habit of putting the keys there in the first place. 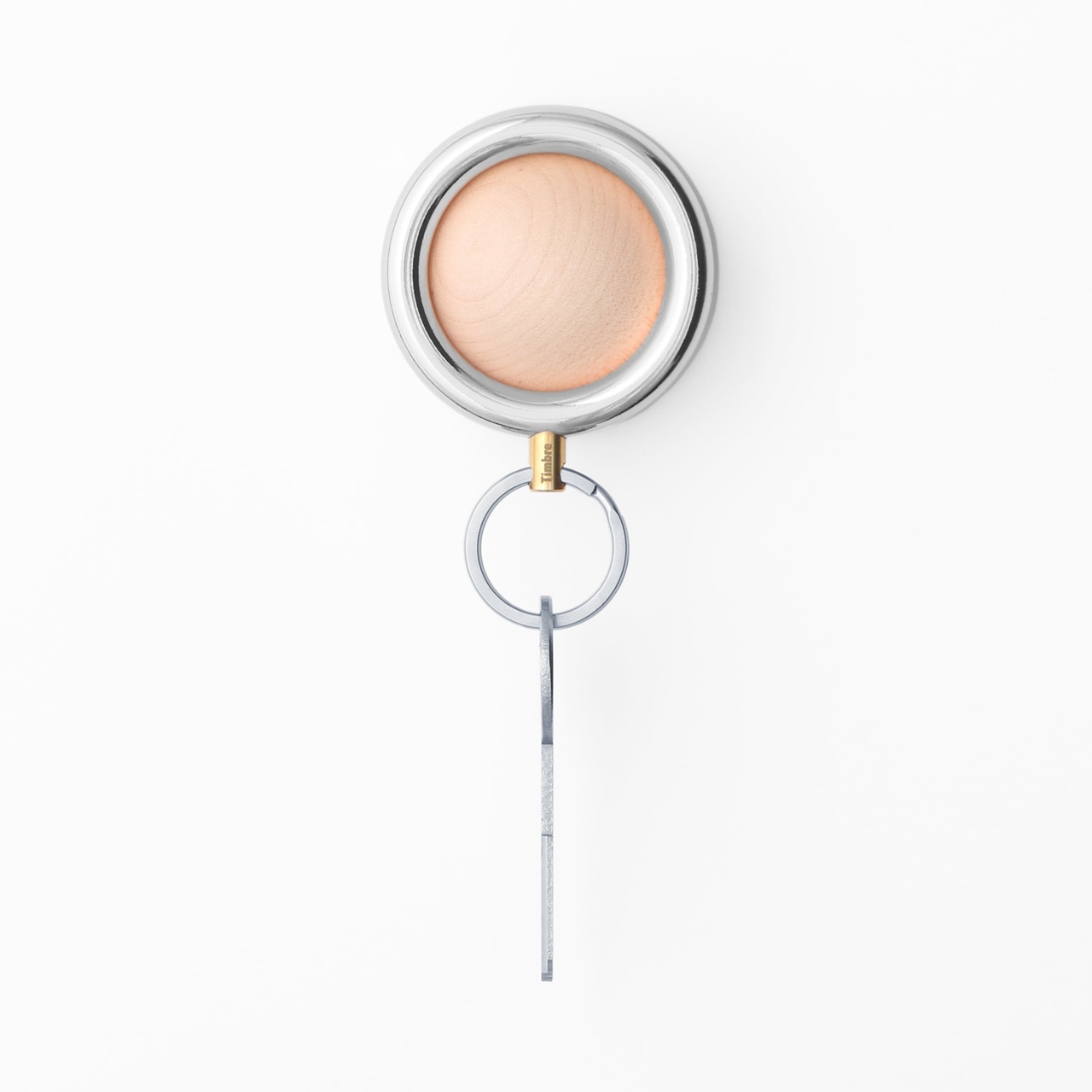 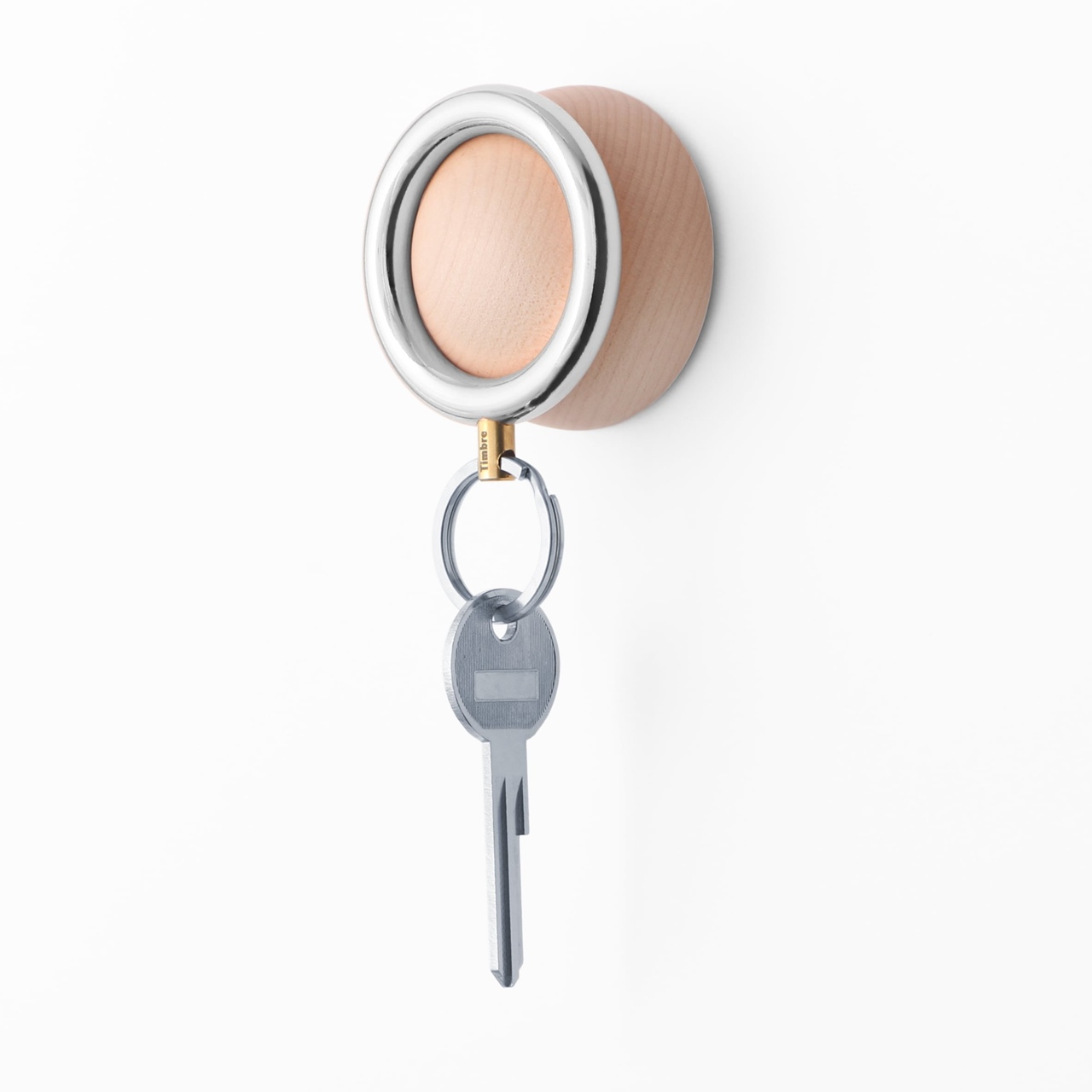 Developing good habits is usually considered to be difficult unless you associate something positive or memorable with the action. For placing keys in their right place, you can’t really use rewards like chocolates or money, so you might be forced to think of something else. Fortunately, the Wakka key holder provides a simple reward that won’t force itself on your consciousness. On the contrary, it creates a rather soothing association both in the way it looks and, more importantly, in the way it sounds. 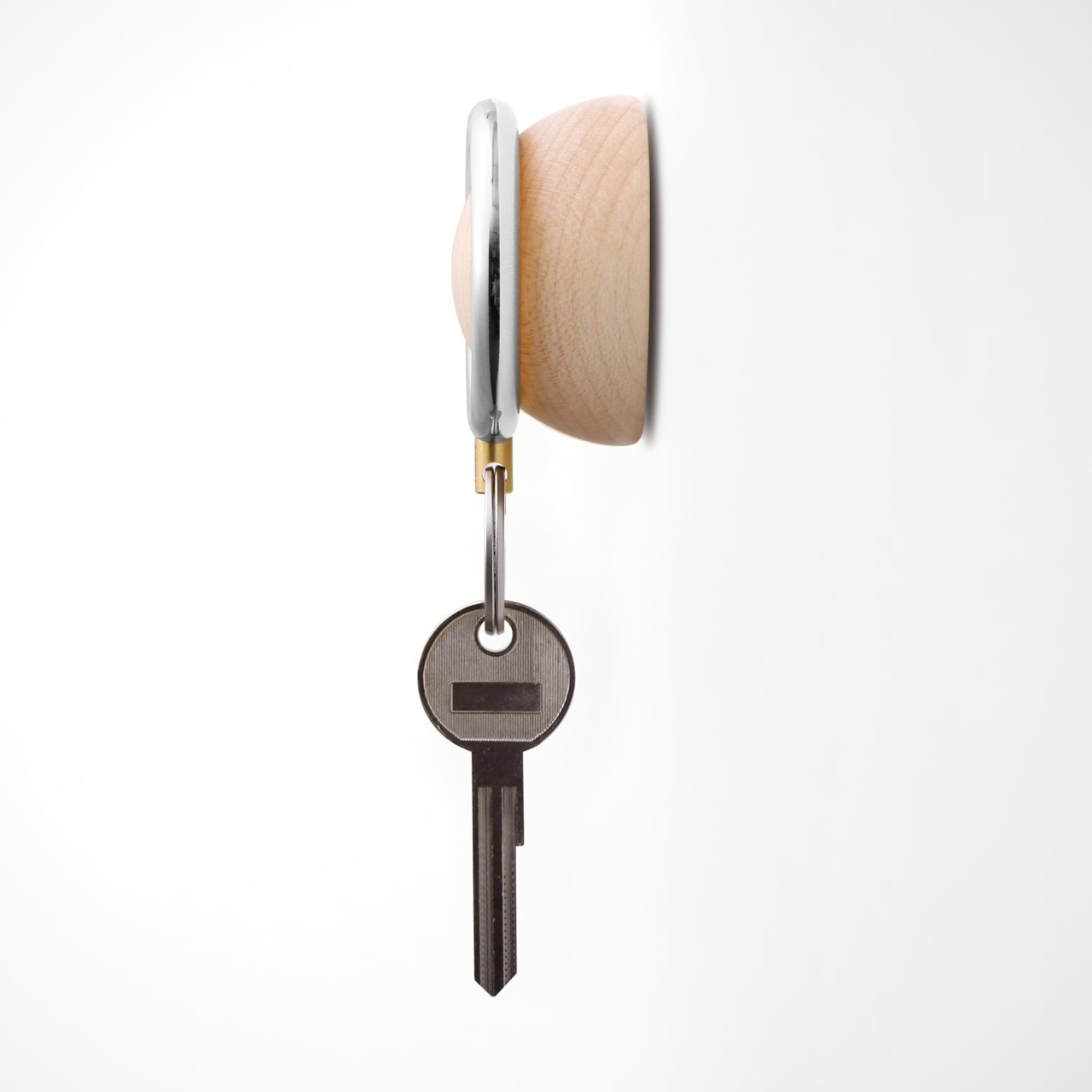 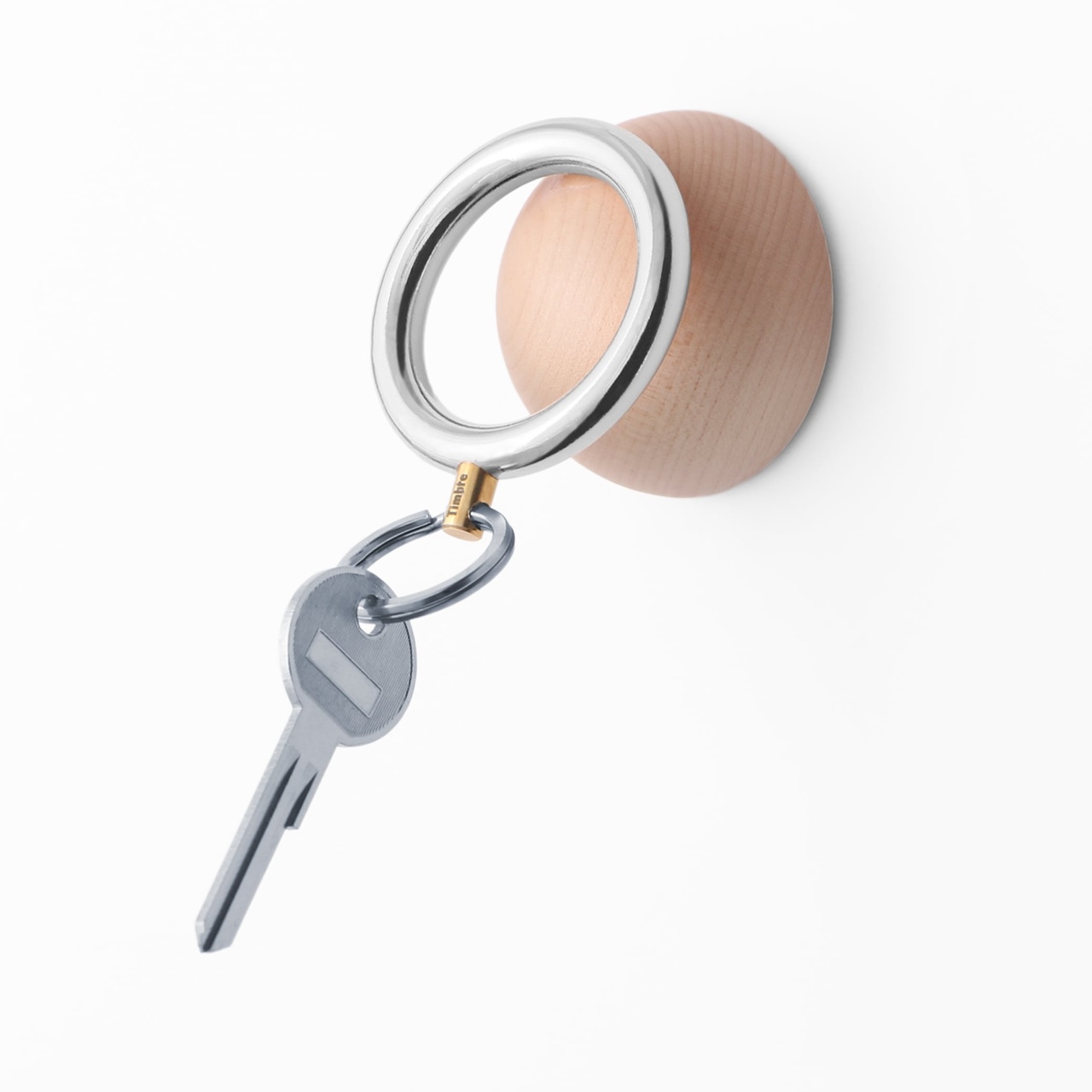 This acoustic keyring is made of two parts. The ring itself is made from polished metal, which gives it a very stylish and luxurious appearance. Instead of a hook, you place the ring on a small dome shape affixed to a wall, probably one near the door. The base is made from either maple or walnut, and its color and natural grains contrast nicely with the metallic ring. Seeing these two beautiful things together is already a satisfying visual reward, but it does one even better. 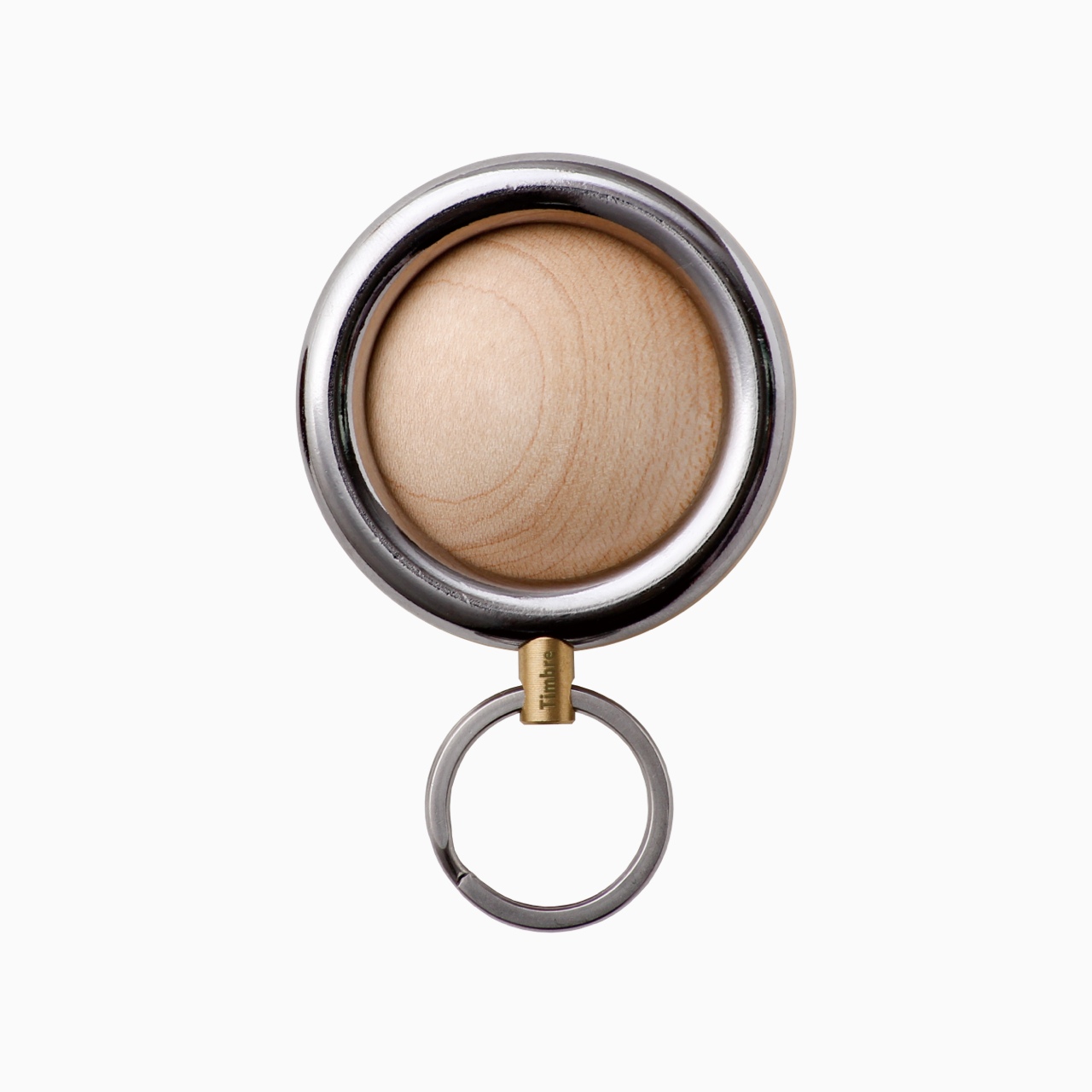 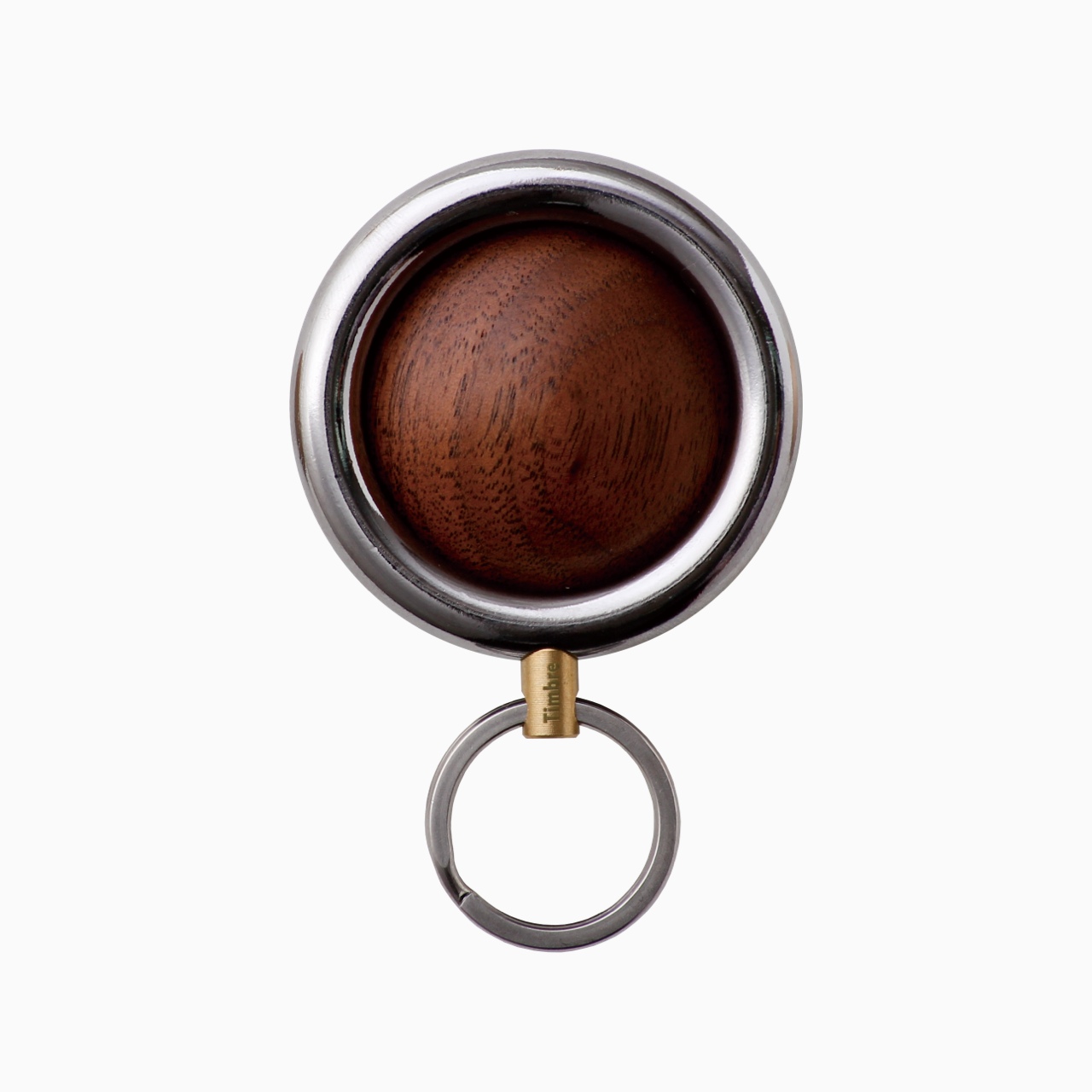 Thanks to strong neodymium magnets, the base accomplishes the seemingly impossible task of holding the keyring in place. Those same magnets make the ring snap into position as well as generate a brisk tapping sound when you remove it. The sound is crisp, clean, and not overbearing, giving it a calming character similar to the rhythmic tapping of a Japanese bamboo fountain. It’s the kind of sound that is subtly addictive, creating that association that you need to form that habit. With a minimalist and elegant key holder, not only will you have peace of mind knowing exactly where your keys are, you will also inject a calming rhythm to your very busy life.

Electric scooters or e-scooters are no longer oddities on roads these days. They offer efficient, economical, and environment-friendlier ways to get from point A to…

The Calmo vase seems to be of those mysterious objects that are found on the beach in the morning, brought in by the tide, of…

https://www.kickstarter.com/projects/primotoys/cubetto More than ever before, coding is considered to be the one thing everybody should know. Following one’s own speaking language, it’s imperative that youngsters…

Little Birdy is Quite a Help!

Helping the elderly climb stairs is such a noble thing to do, however they may not find a helping hand every time they need it….