It took nearly five years, but Detroit native David Sultana is counting on reinventing the traditional piggy bank with his vibrant, modern twist on coin storage; here’s the Bankabank.

For those who crave both style and taste for their decor, it may be time to jettison those ceramic pigs, candy tins and mason jars. Bankabank is made from soft PVC and employs a sleek, contemporary design that comes in three bold colors, pink, green and black. More than a space for loose coins, Bankabank is built to compliment any decor as an eye-catching, coin-holding, fun piece of modern art. YAY!

For those unfamiliar with Bankabank, its artistic, streamlined, semicircular design actually camouflages its intended purpose, allowing its bright, modern look to shine. Unique, is the Bankabank’s sturdy and intelligently designed removable plug that sits front and center. Unlike traditional coin-storage devices, which employ flimsy plugs and restrict coin access to the bottom, Bankabank makes it simple to remove the exact amount of change. Just squeeze the bank and remove the plug by its tab. 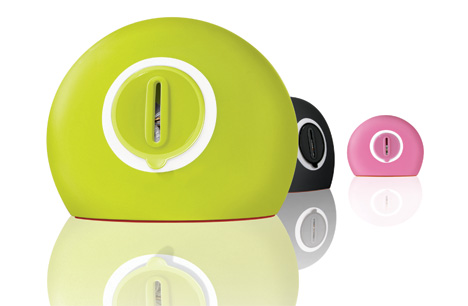 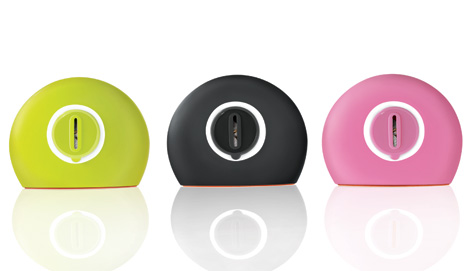 Put Some Spring in Your Clothes Storage

Cruzeta is a simple yet playful piece of bedroom furniture that keeps his and her clothes effortlessly organized! Composed of solid pine connected by colorful…

A Twist on the Teacup

I’ll take tea over coffee any day, especially if it’s served up in something as sexy as the Gourd Teacup. Named for its curvaceous form,…

I am going to ignore the fact that this sexy looking, clear polycarbonate laptop is inspired by light. I am also going to forget that…