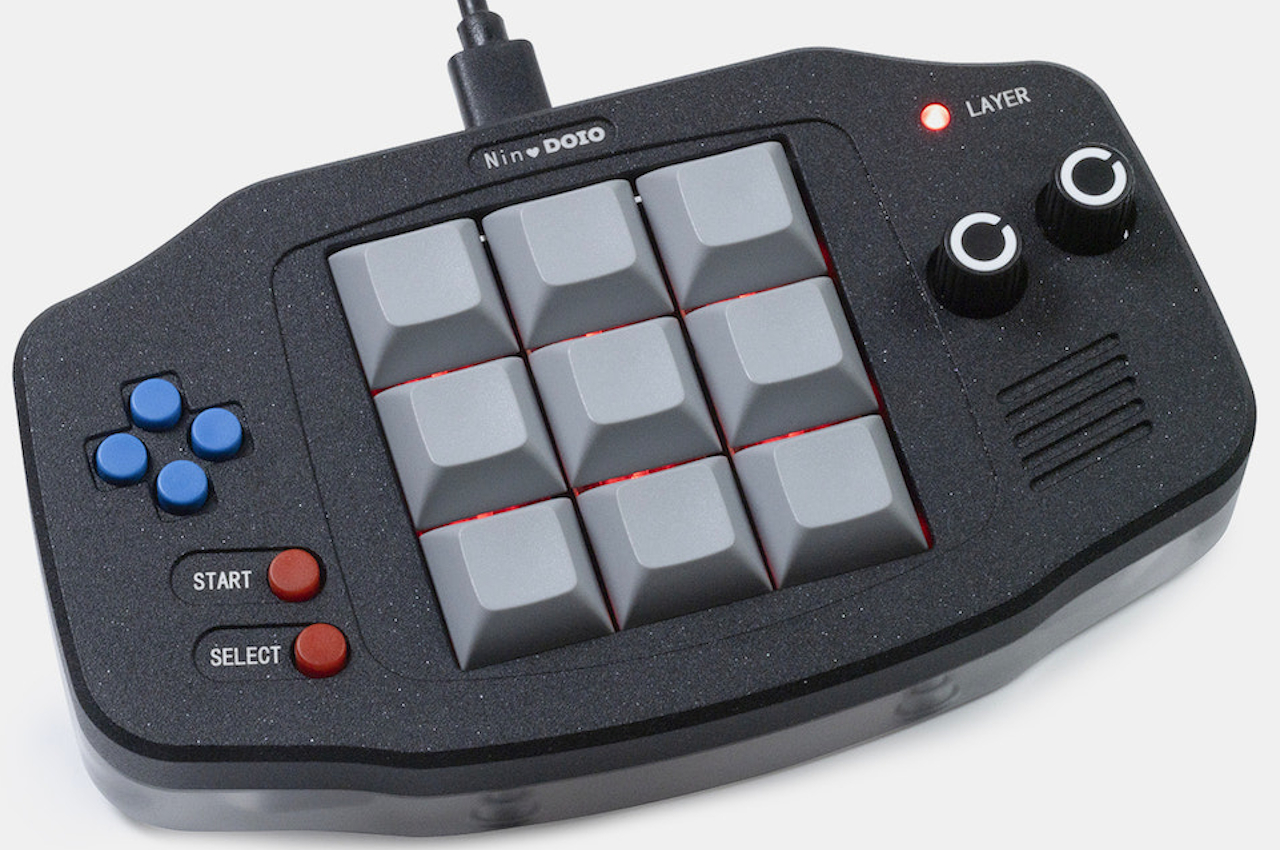 Every year, more people have to sit in front of computers for work or sometimes even for leisure. While some jobs might be simple enough to get by with the basics of word processing or spreadsheets, a lot require more complex processes and multiple steps, not to mention the use of a variety of software to get the job. That’s even more true for those involved in digital content creation, whether they be designers, programmers, writers, or even streamers. The number of actions they need to take can be overwhelming, especially when you have to navigate around the computer screen to get to those. It would definitely be a great deal if you could press just one or a few keys to get things done, which is what this device tries to do in a way that almost makes it feel like you’re playing a game. 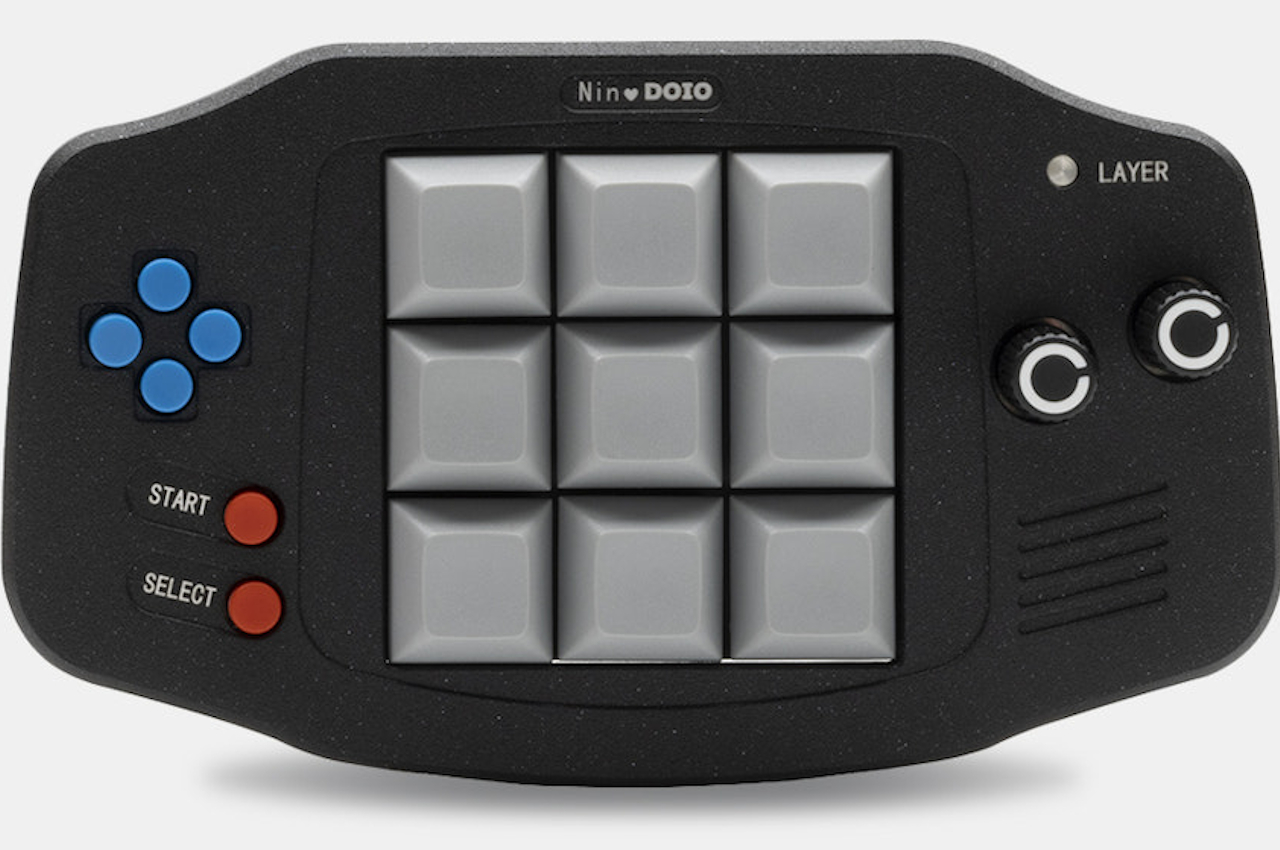 There are about a hundred keys on a computer keyboard, more or less depending on the layout and the device. That gives you a variety of ways and nearly endless possible combinations to trigger actions like launching an application, undoing an edit, or rendering an animation. That flexibility, however, also comes at the cost of complexity, especially when it comes to remembering which key combinations do which actions on which applications. There are a variety of tools today that try to simplify that task, but Megalodon’s NinDoio adds an element of fun to what is really serious business. 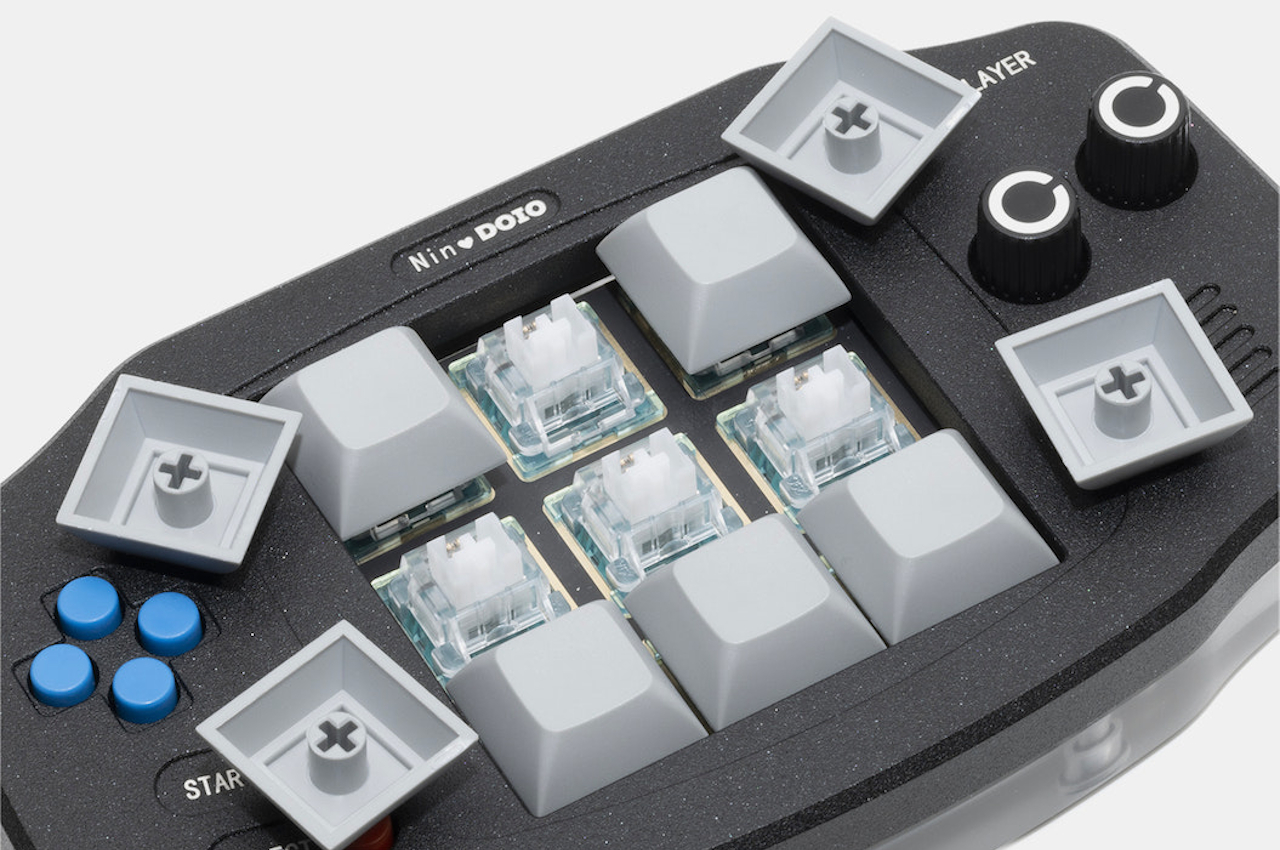 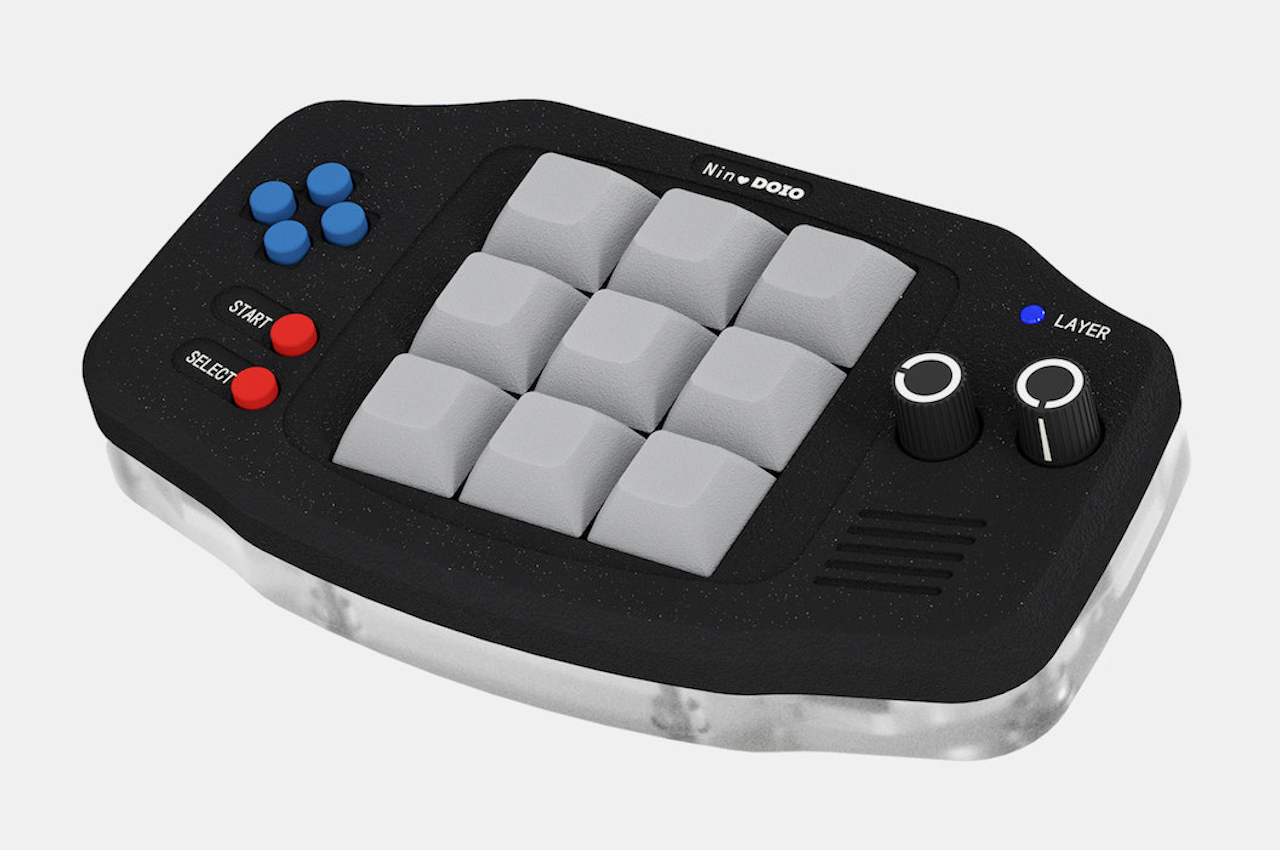 What makes the NinDoio different from many “macro pads,” as they are called, is that it looks more like a toy rather than a productivity tool. In fact, it looks very much like a Nintendo Game Boy Advance, which is definitely the inspiration for its design as well as its moniker. Regardless of the name and shape, it still delivers the same power as any macro pad does, which is to map a single button or key to an action. For example, you won’t have to memorize the combination for “undo” when you can just press a single button that you’ve committed to muscle memory. 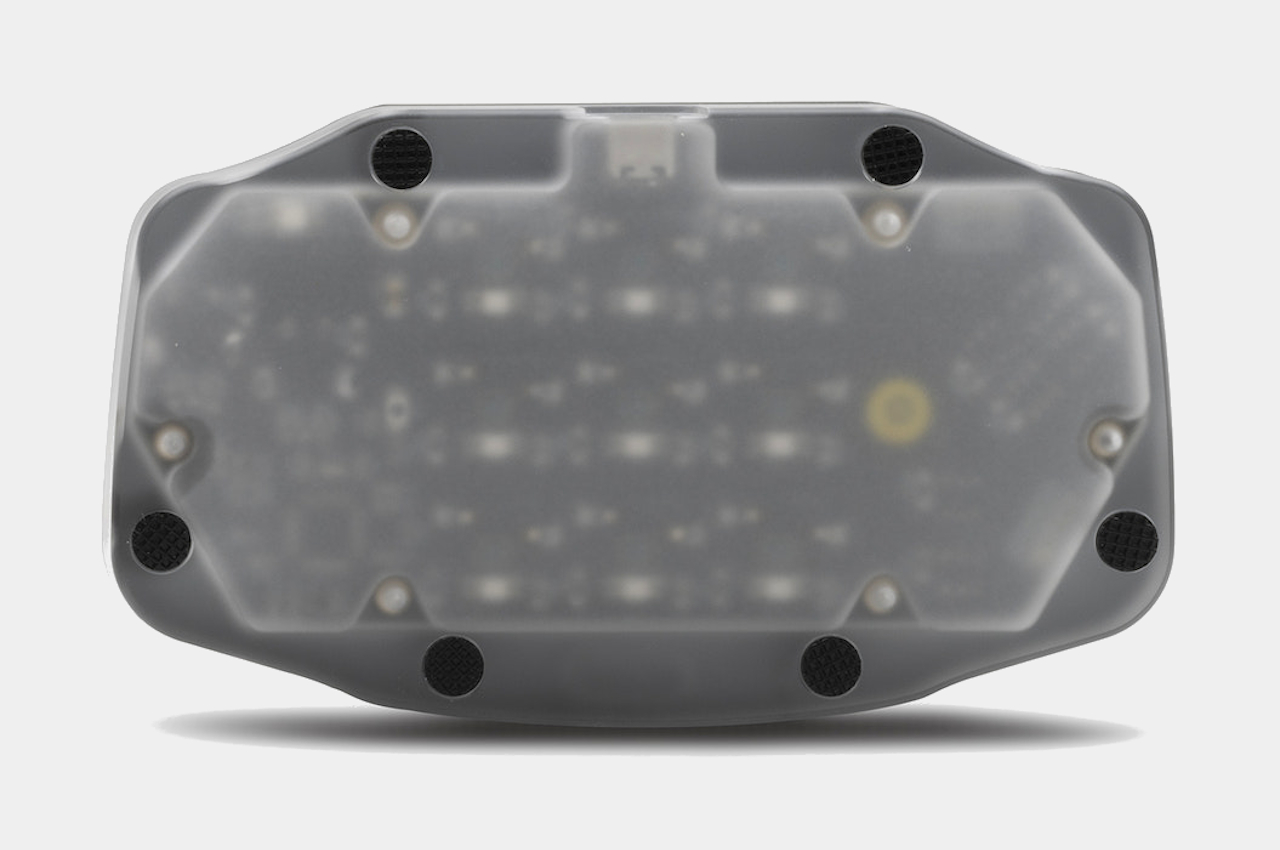 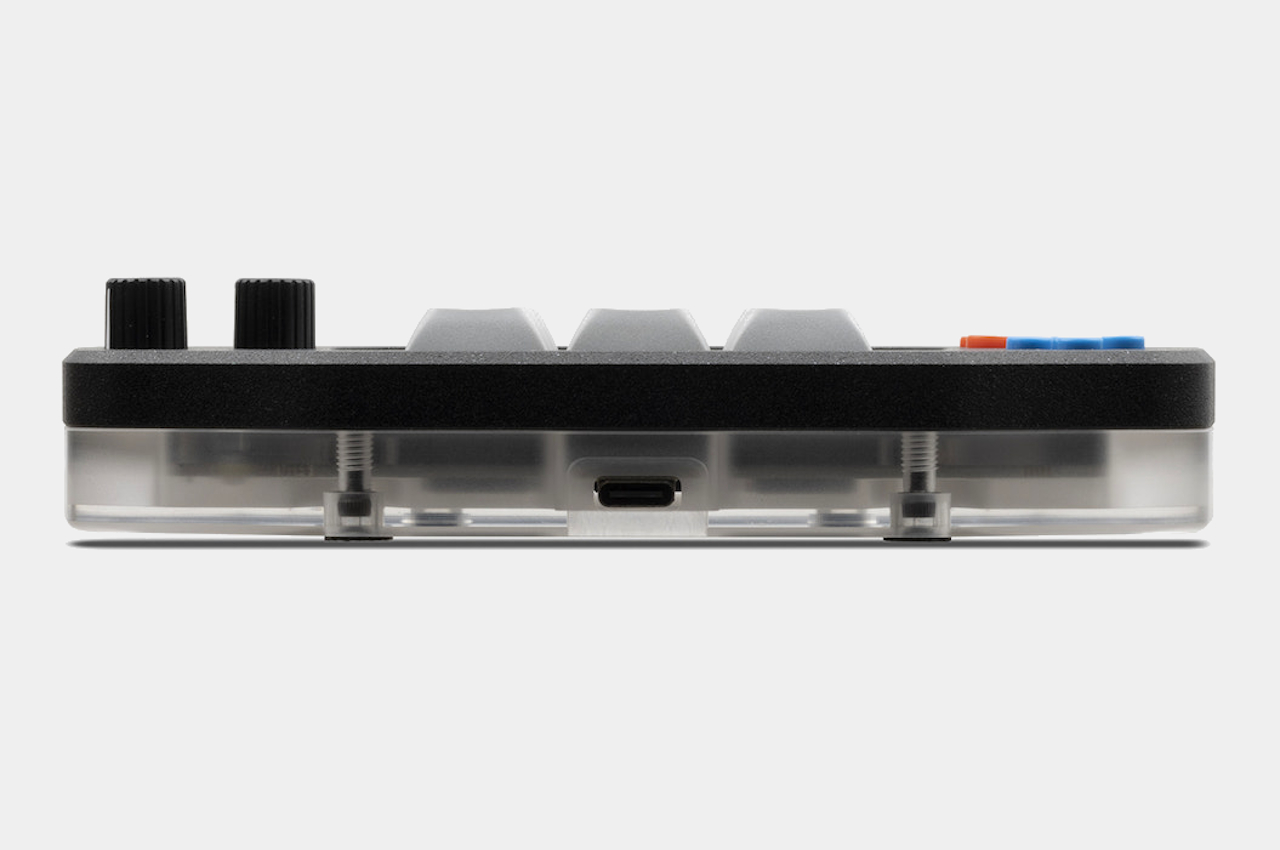 Unlike a simple grid of keys, the NinDoio adds a few controls you’d associate with gaming devices and controllers. Four of the buttons, for example, are arranged in a cross like a D-pad, while two are labeled Start and Select, even if they can be assigned to unrelated actions. The two knobs on the right can be mapped to actions like scrolling a page or changing the size of a brush. They can also be pushed like regular buttons, though, which adds another layer of functionality to them. 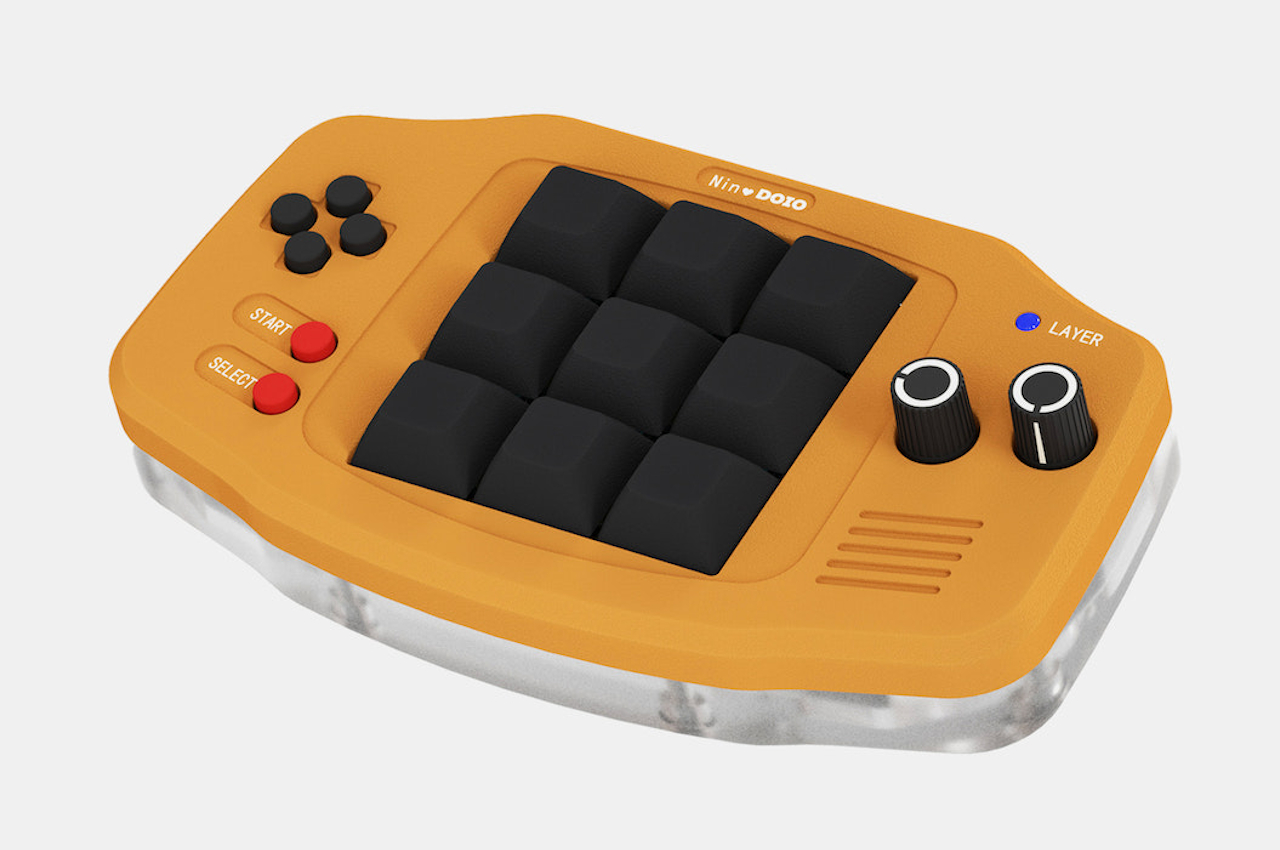 The very appearance of the macro pad is playful, with a translucent acrylic base that lets you take a peek at the electronics inside. Different color options for the aluminum top are available to add a bit of life to an already quirky device. Overall, the NinDoio’s appearance makes it a bit more approachable and a little less clinical, even if it performs the same functions as any of Megalodon’s other macro pads, which might just be what the doctor prescribed to make tedious work feel a bit more enjoyable like a game. 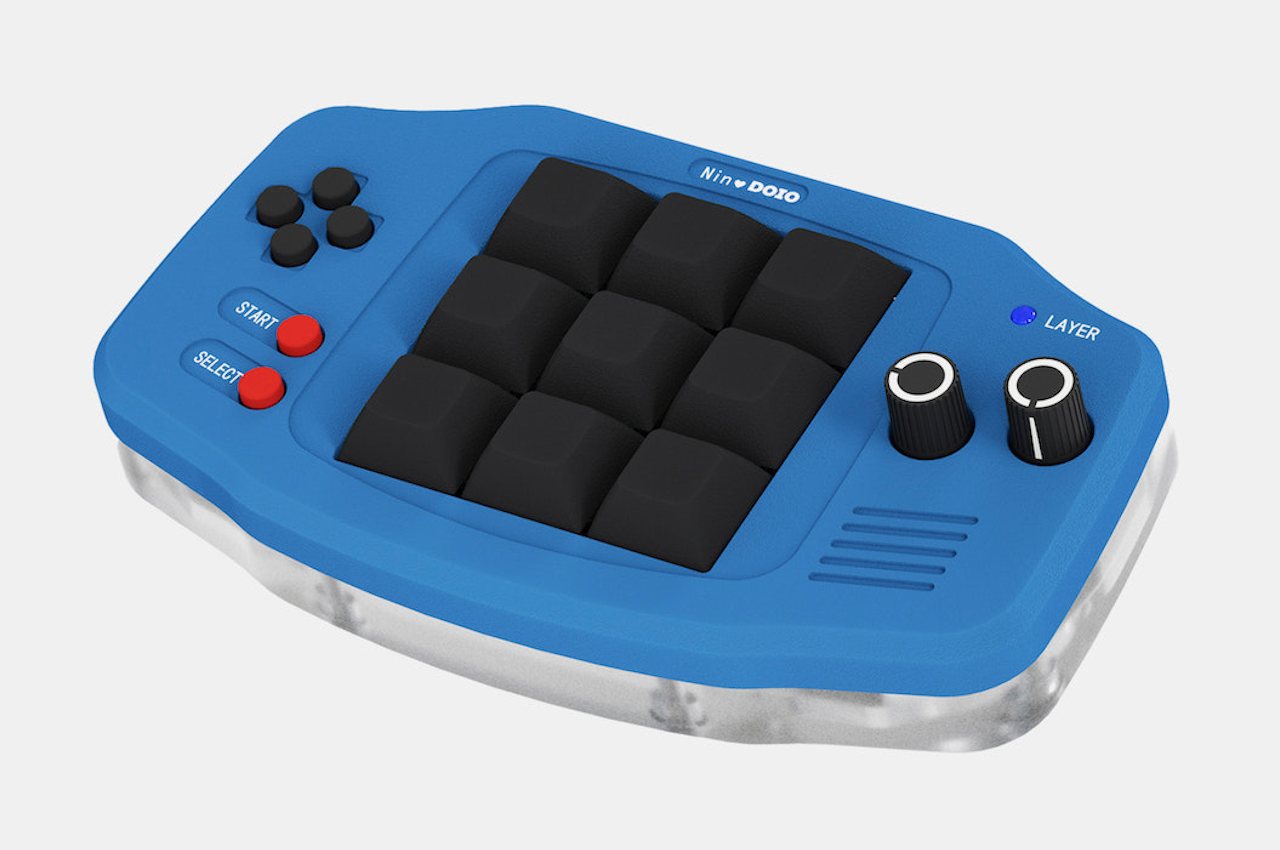 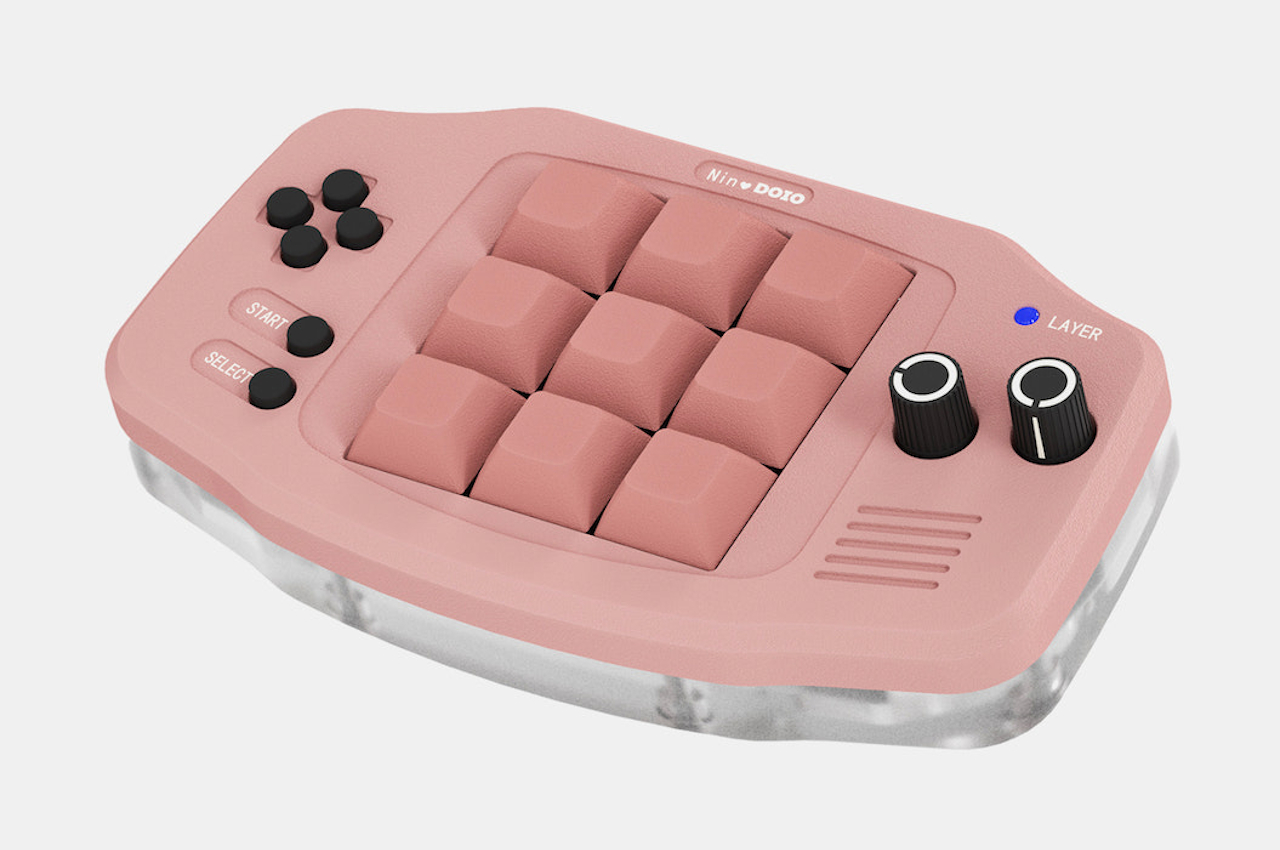 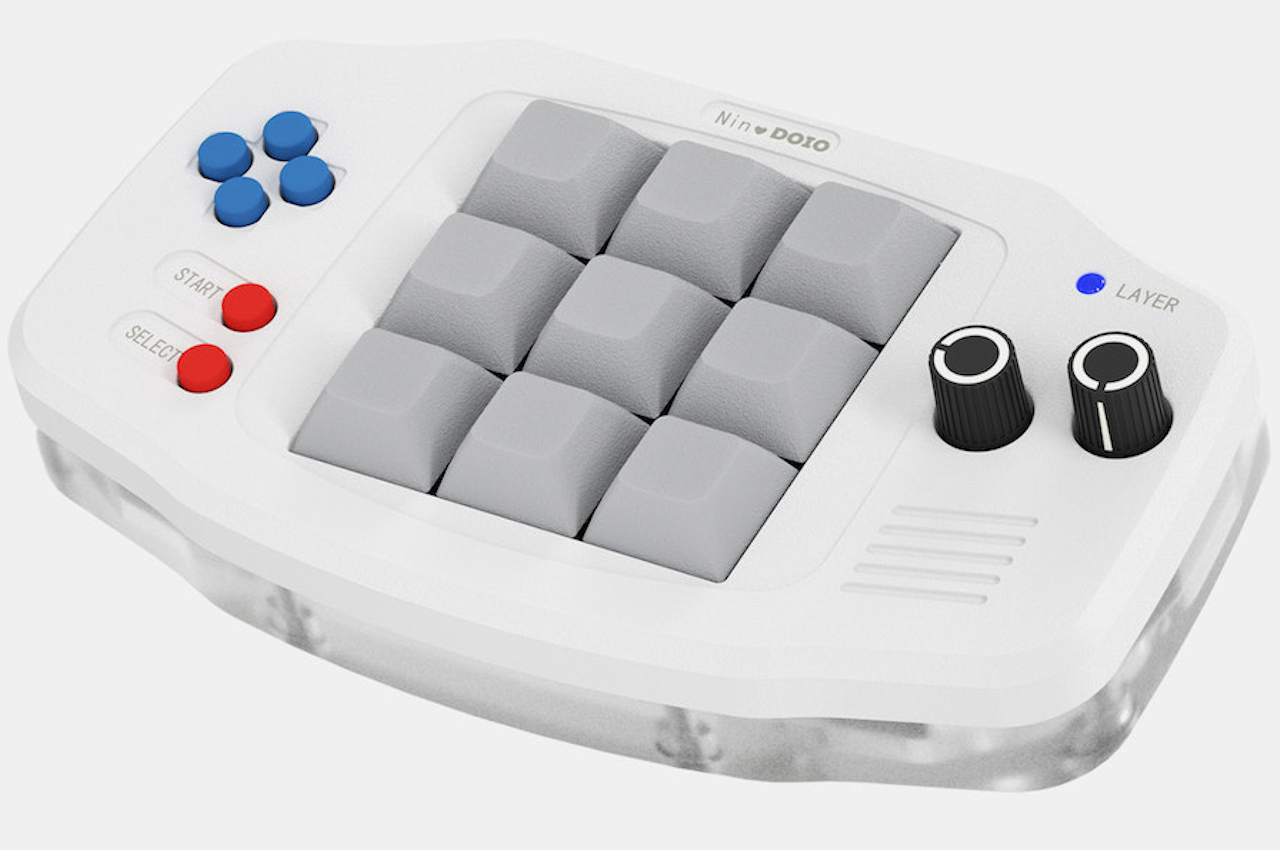 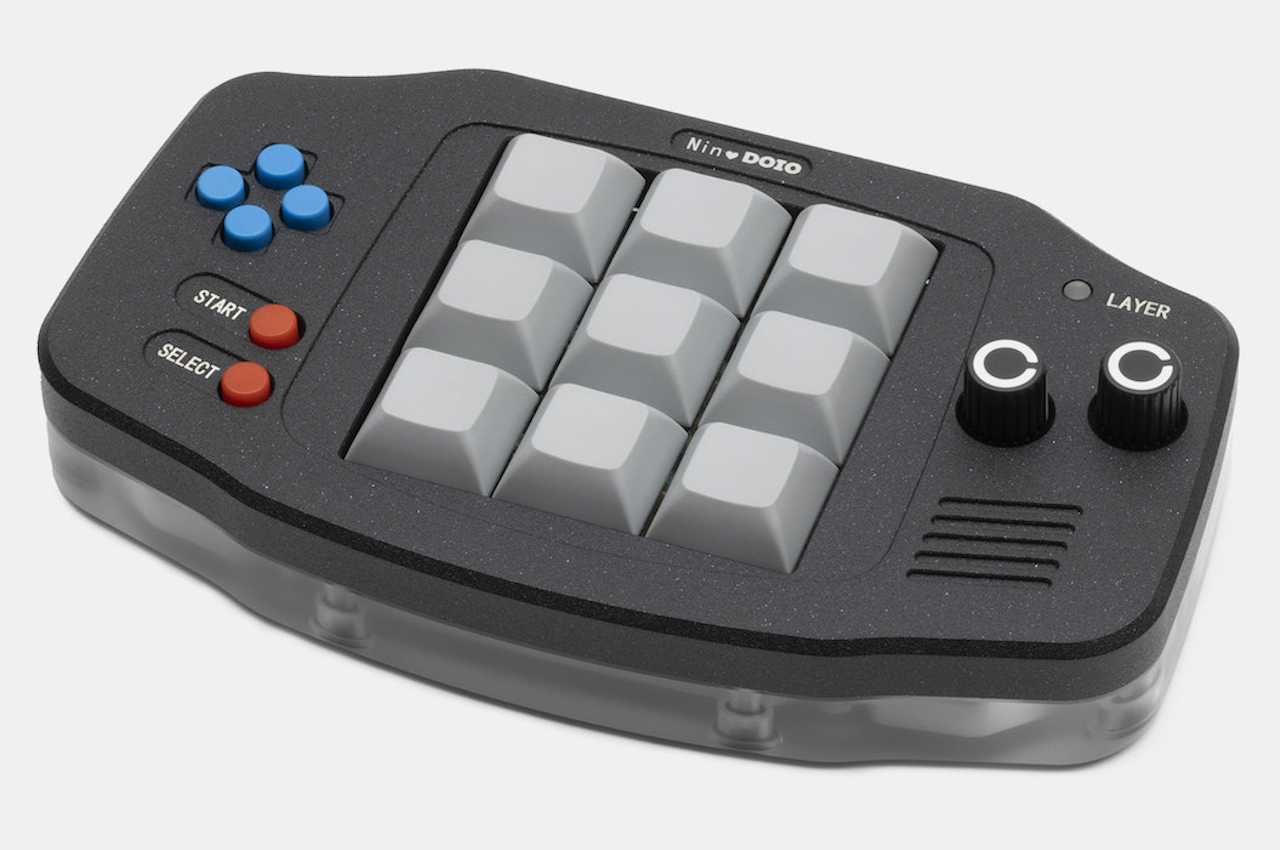 Celebrate the versatility of bamboo with these unique product designs this world bamboo day!

Bamboo is a wonderful natural renewable resource that is capable of rapid growth and an alternative the designers can use to avoid deforestation. It’s tensile…

The running joke that even babies know how to operate gadgets is actually not just a joke anymore. We’ve seen really young kids use smartphones…

The audio brand Klipsch continues to be a name popular for its premium products for audiophiles. No doubt it will remain in the market for…