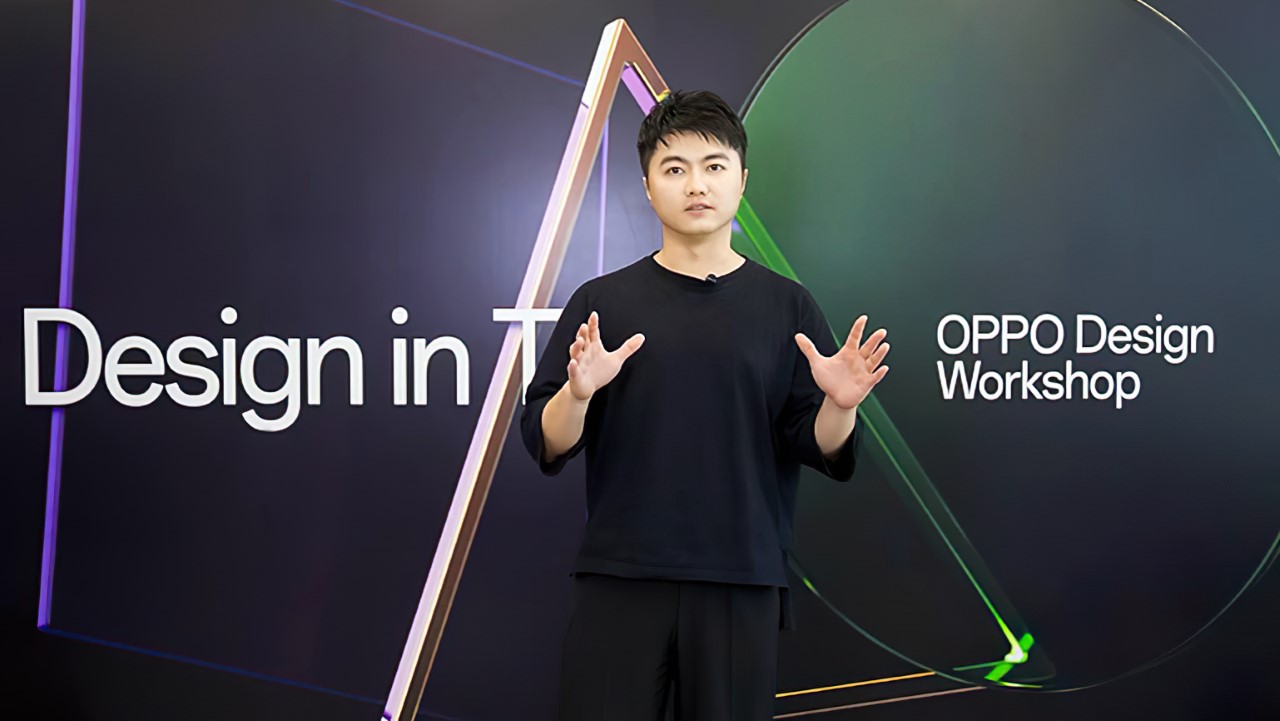 Technology permeates our lives, and our world revolves around it. From the computers that run the backbone of the world’s information system to the smartphones that are glued to our hands and faces, technology has left an indelible imprint on modern human civilization. Despite its importance, technology is always perceived as an independent entity, rather than something that’s connected to humans. Technology is synonymous with rapid advancement and innovation, but there’s scope for building tech that emotionally resonates with humans. Smartphones, for example, are something that is critical to both work and personal lives, yet some people still see them simply as a “piece of tech” that’s in the same category as appliances and power tools. It doesn’t have to be that way, though, and OPPO is trying to break out of that mold by bringing emotions and passion into these devices, using design as a bridge that connects technology and people.

With few exceptions, smartphones and their accessories, such as earbuds, are designed and marketed around hardware features and specs. While the market has focused on these aspects, the reality is that people are more interested in the practical applications of these points. 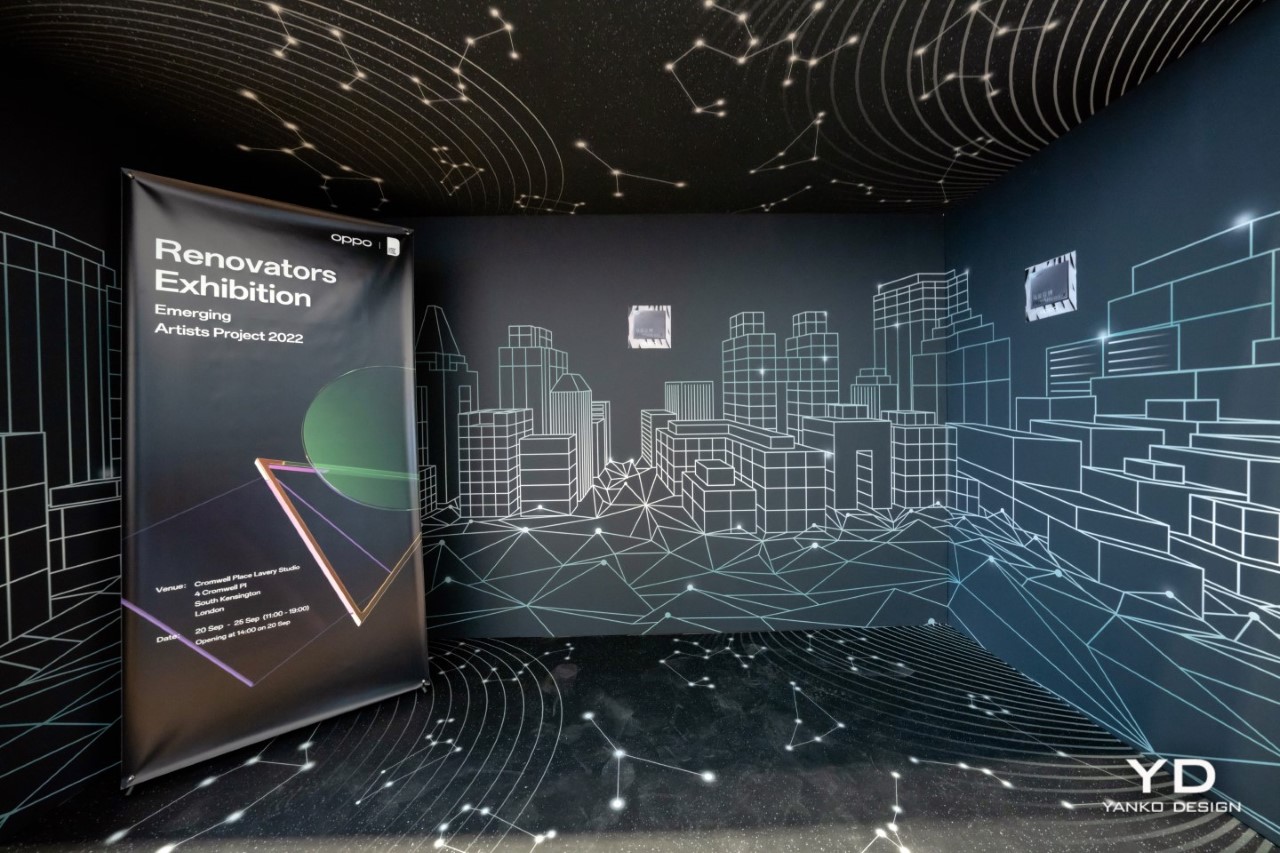 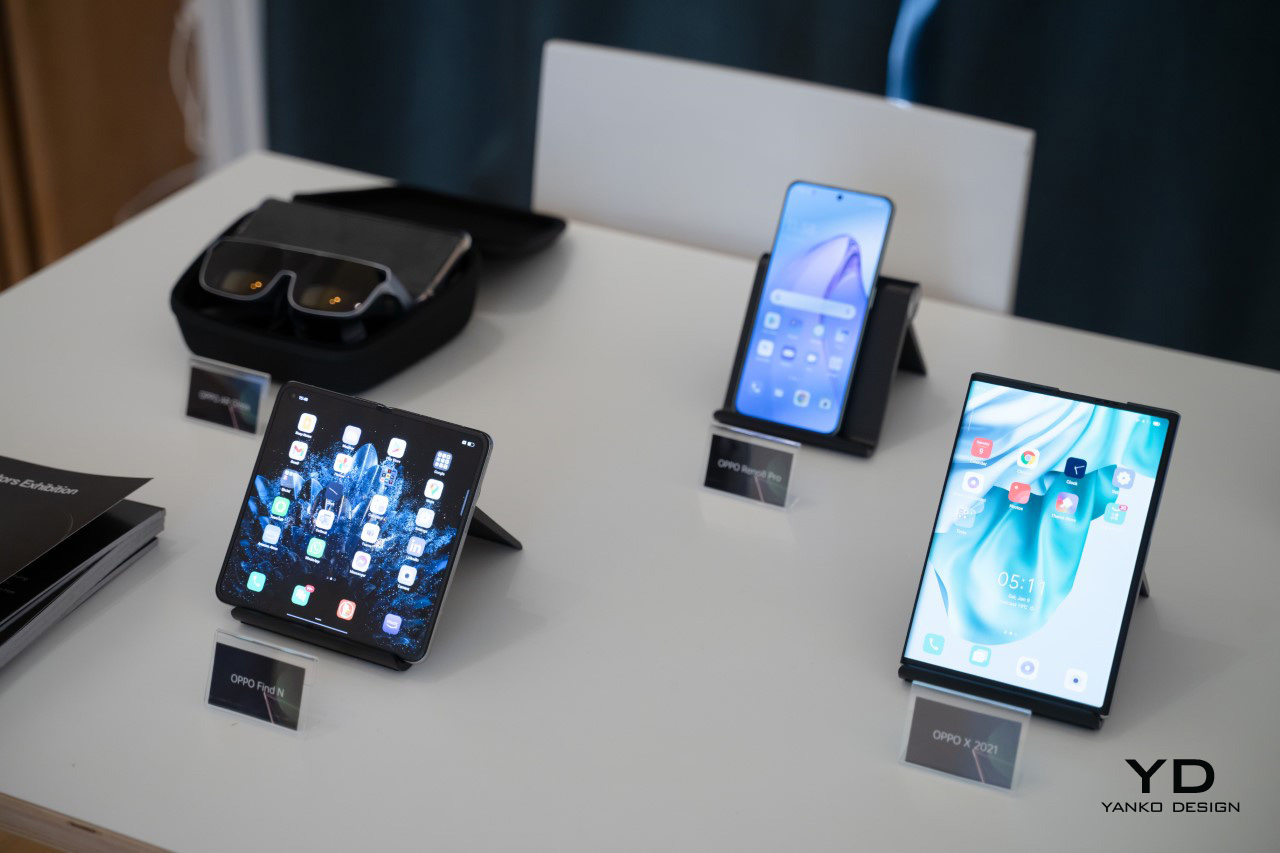 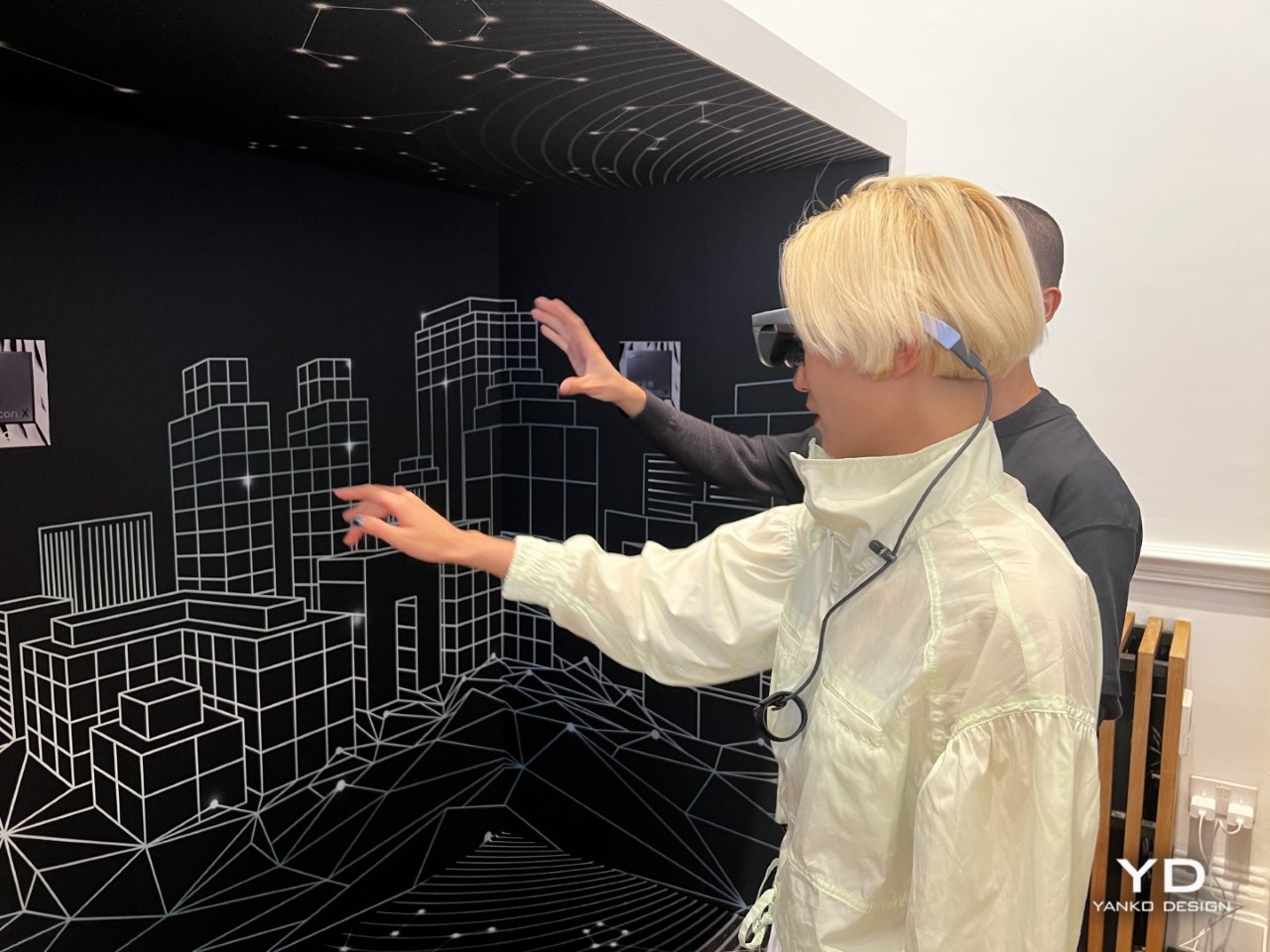 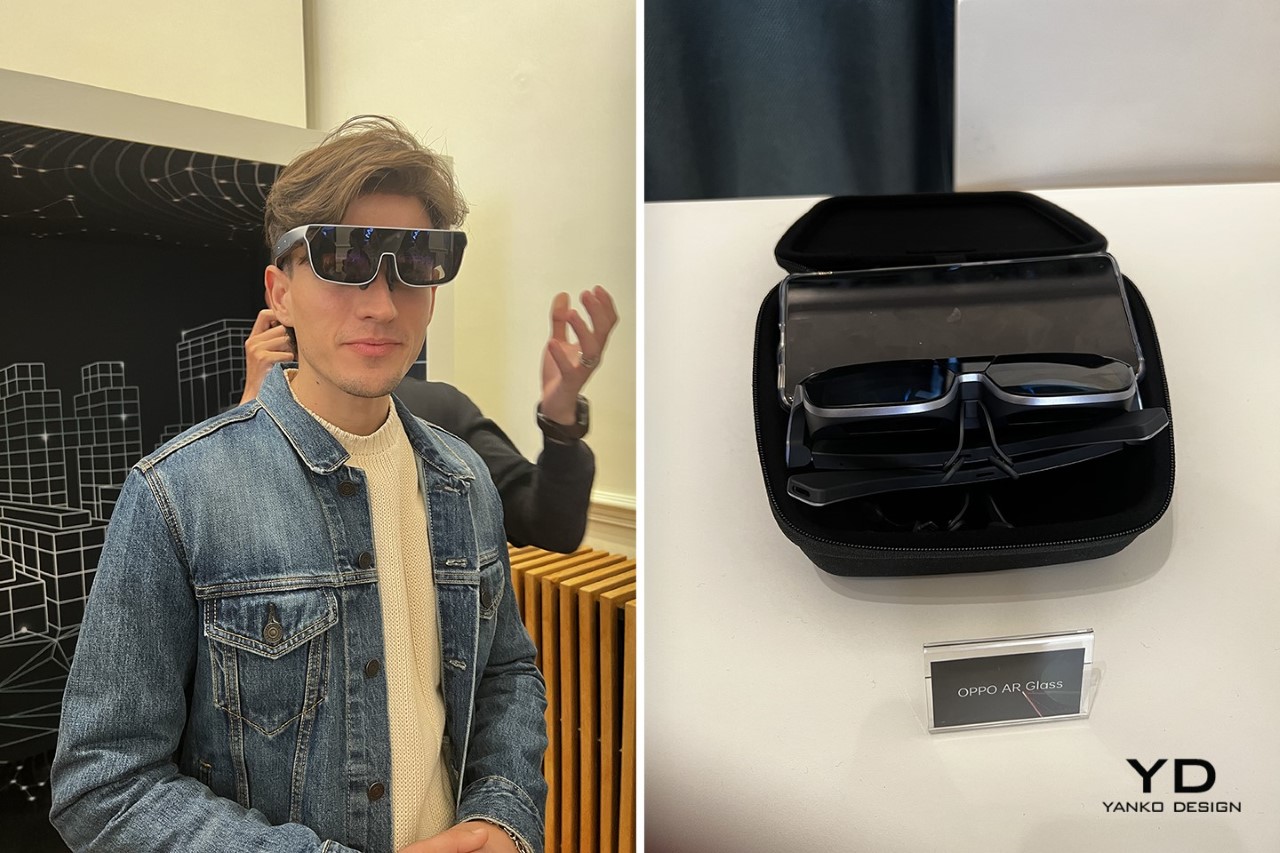 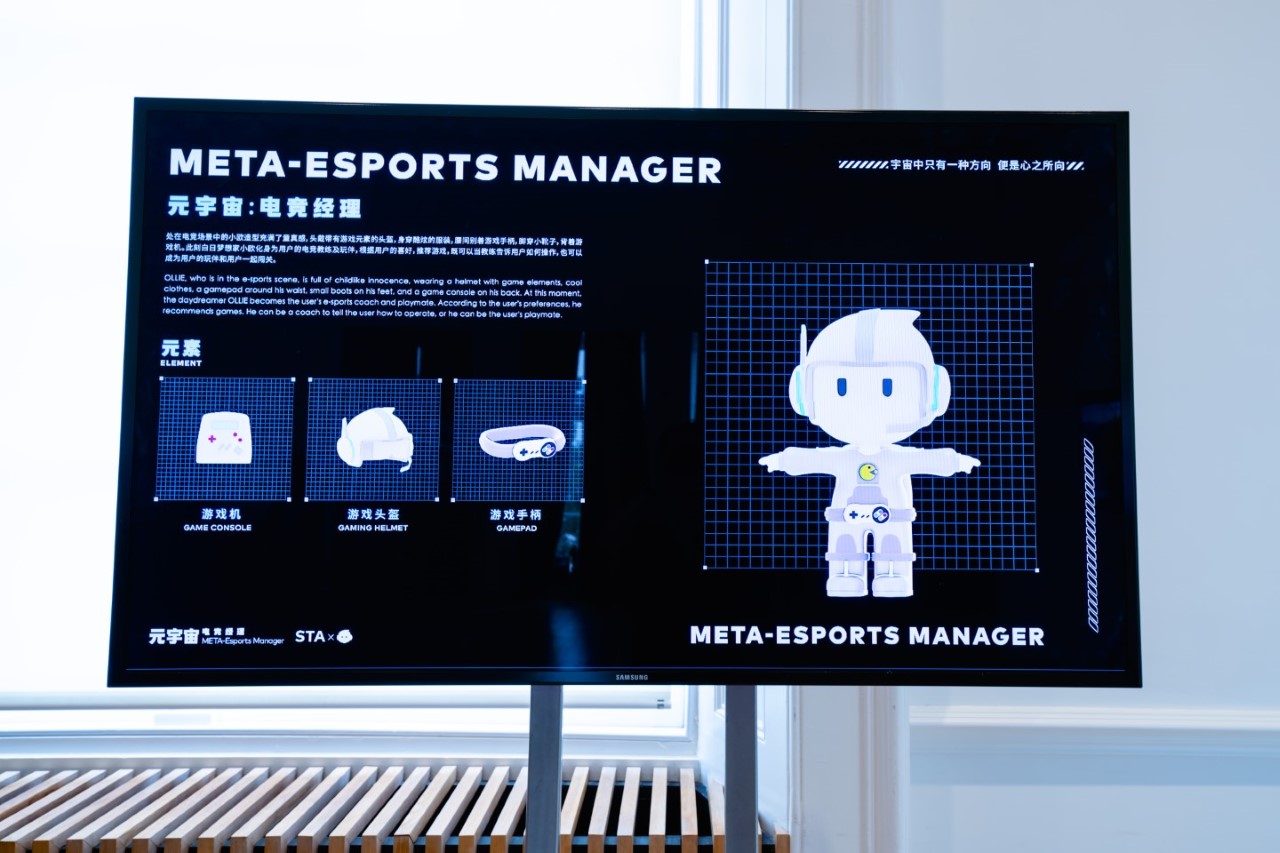 Setting its own path forward, OPPO has chosen to focus on making these devices feel and look more natural, making them more approachable and more understandable from a human perspective. Design is the tool that the company is using to make this possible, and the relentless pursuit of elegance is its expression. Elegance here isn’t just about beauty or aesthetics but is a more holistic approach that involves the senses and seeks to elevate people’s lives. “Connecting technology to people through artistry”, as OPPO’s Software Design Director, Xi Zeng rather succinctly puts it. Yanko Design had the opportunity to sit down with Zeng for an interview the day after OPPO’s Design in Tech Workshop held in London. During that time, Zeng gave us an insight into OPPO’s company ethos, design process, future roadmap, and the overall experience with the OPPO Renovators Emerging Artists Program. We even asked him about his thoughts on NFTs, to which Zeng replied that it made sense to keep up with new trends and opportunities, especially considering the new wave of creators that OPPO hopes to cater to with their devices. 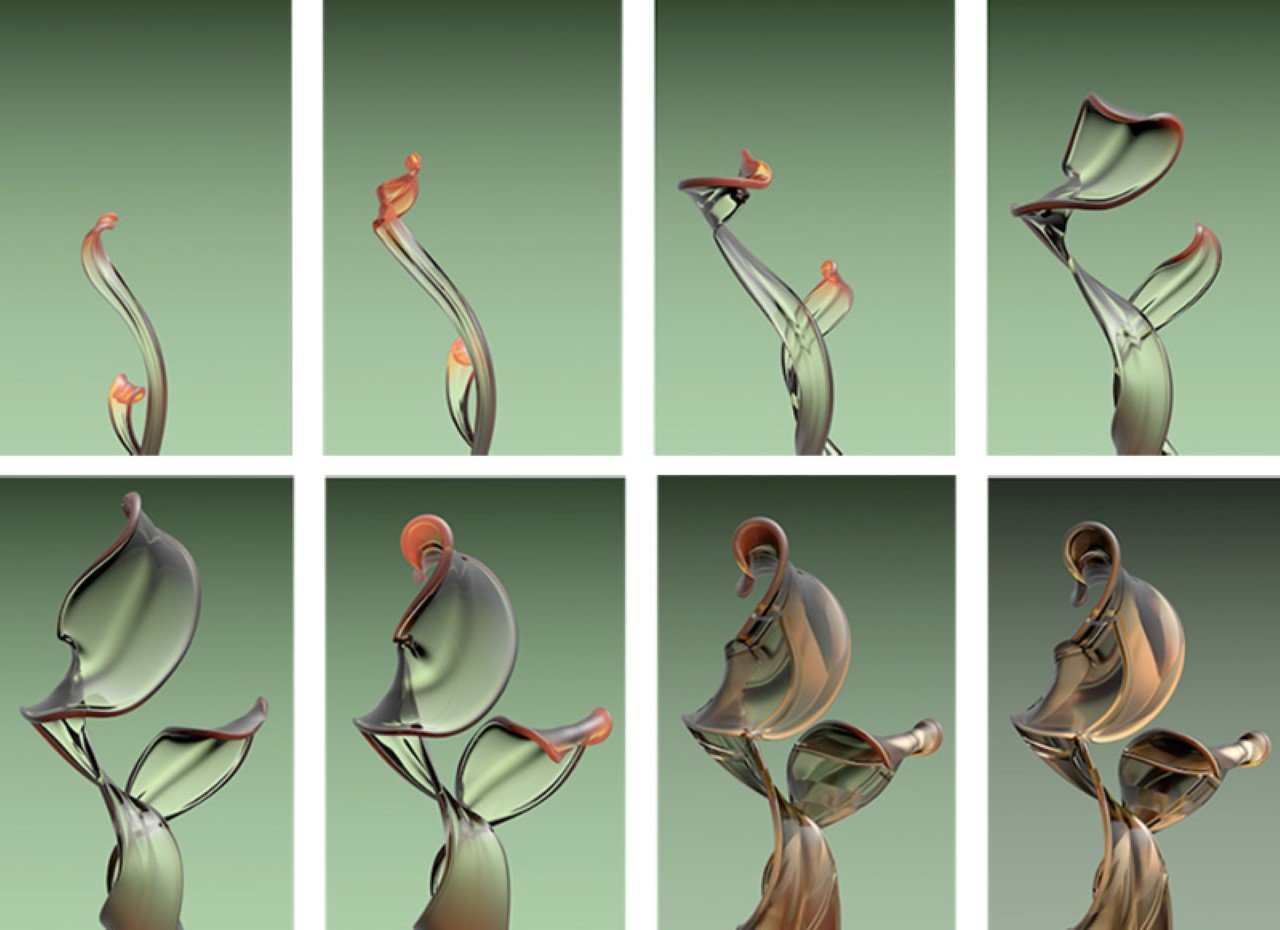 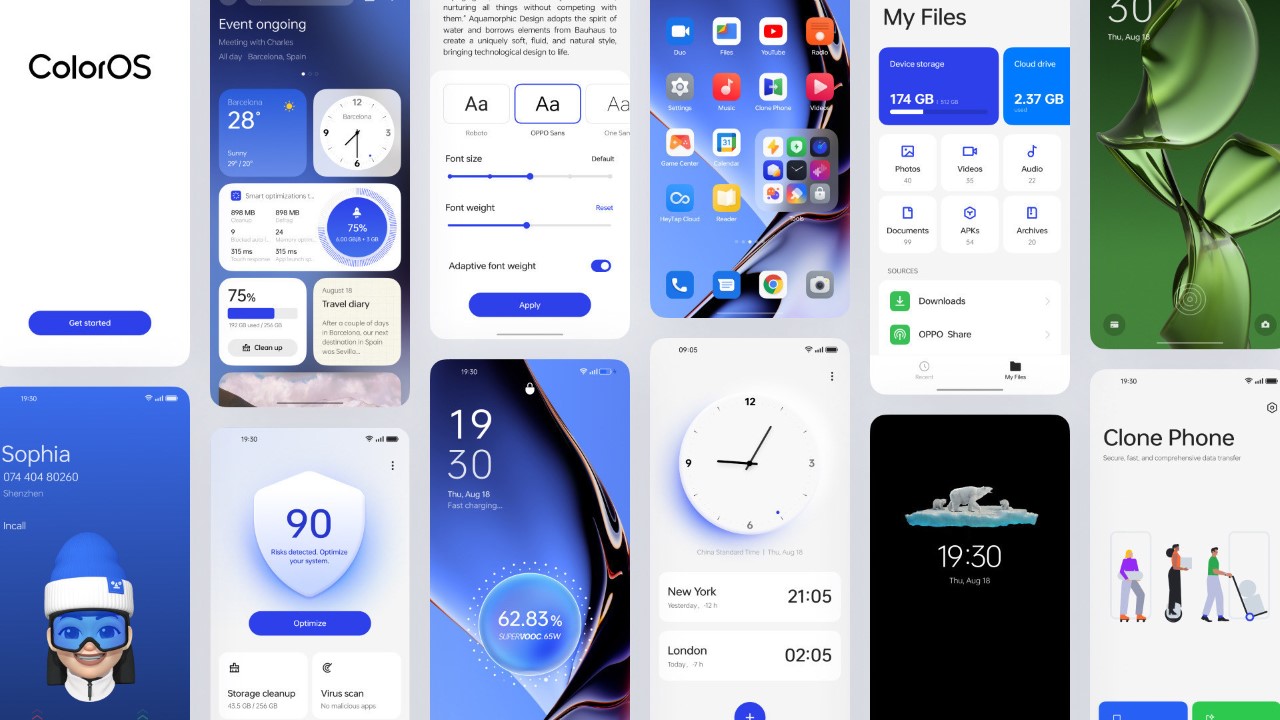 To pull this off, OPPO took inspiration from the world’s best designer, Mother Nature. To this end, the company has tried to incorporate design elements and principles that bring natural experience to devices. For Zeng, the future of tech is to make it indistinguishable from nature. It has tried to reduce its use of straight lines in phones like the OPPO Find X5 Pro, opting to use fluid curves that occur more often in nature. It employed shapes that remind people of objects in nature, like the look and feel of real cobblestone of the Enco X2 earbuds. With ColorOS 13’s Aquamorphic design language, OPPO brought water’s fluidity and flexibility to the user interface, creating a smooth-flowing experience that is shaped around the user, not the other way around. Zeng referenced Antoni Gaudi as one of his biggest influences, echoing the Catalan architect’s famous words “The straight line belongs to men, the curved one to God.” He rightfully points out that there are hardly any straight lines or sharp corners in nature… so straight lines and sharp corners are inherent artifacts of man-made objects. To create something that’s much more seamless with nature, Zeng believes in embracing curves, given their strong ability to evoke a sense of ‘natural appreciation’ in humans, whether it’s the curved TWS earbud cases, or the volcano-shaped camera bump on the Find X5 Pro, or even the way the Find N’s hinge design assumes a waterdrop shape when folded shut. 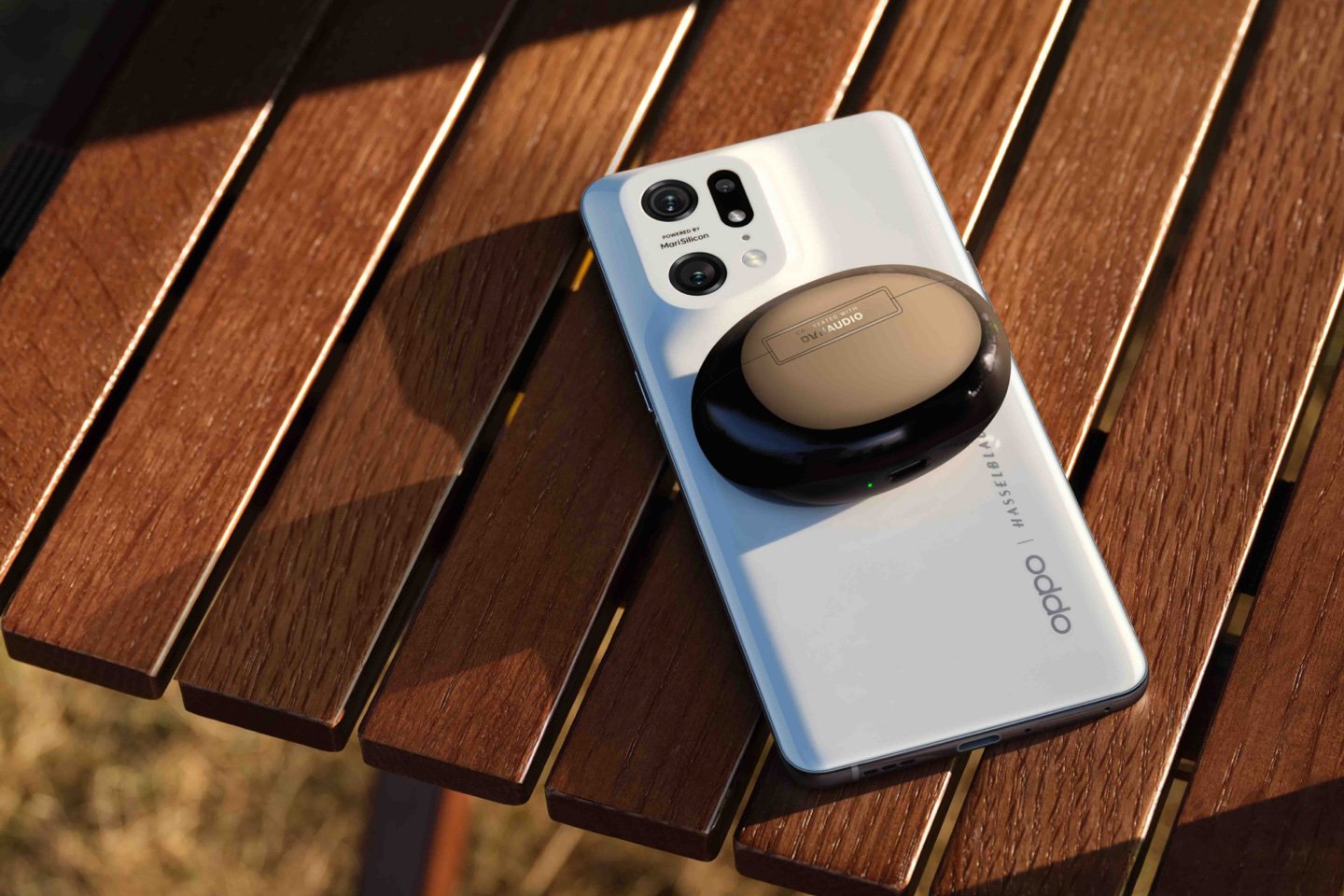 The OPPO Enco X2 earbuds case has not a single straight line in its silhouette, paying tribute to the visual and tactile comfort of a pebble. 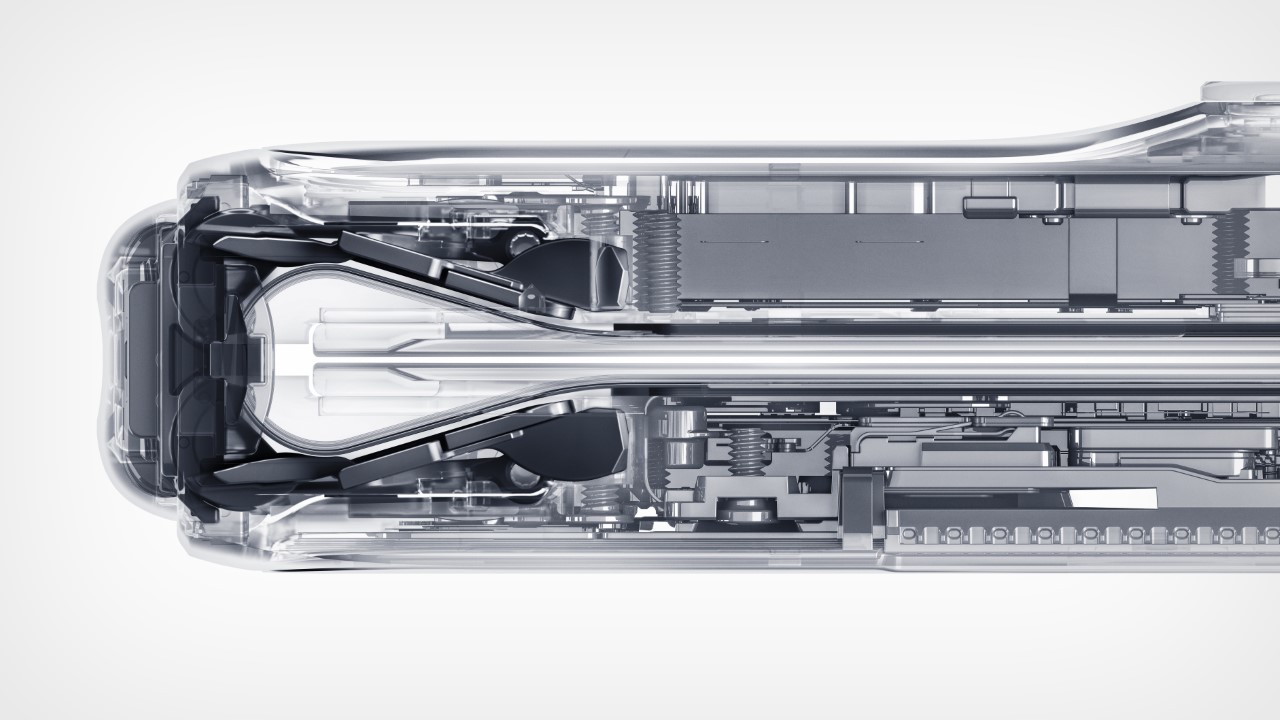 A close-up of the waterdrop-shaped hinge on the OPPO Find N reveals that nature can inspire tech in unusual ways!

Of course, user interfaces and user experiences won’t remain the same forever, and our “thumb-centric” phones might be supplanted by new technologies in the near future. After all, smartphones aren’t without their flaws, especially when it comes to accessibility issues that keep people with physical disabilities from enjoying their benefits. Mixed or extended reality, called MR and XR, respectively, could pave the way for new, more inclusive experiences, and OPPO does keep tabs on these technologies. The future of smartphones and computing might not even be physical if technologies like the Metaverse truly take root. Whether it jumps on that bandwagon will largely depend on how well it will solve people’s problems rather than a solution searching for a problem. That doesn’t mean the company isn’t experimenting with cutting-edge technology already. To stay well ahead of the curve, OPPO has experimented with smart glasses, even teasing them at their annual INNO Day event last year. The company, however, remains committed to finding problems worth solving instead of developing solutions for problems that don’t exist yet. 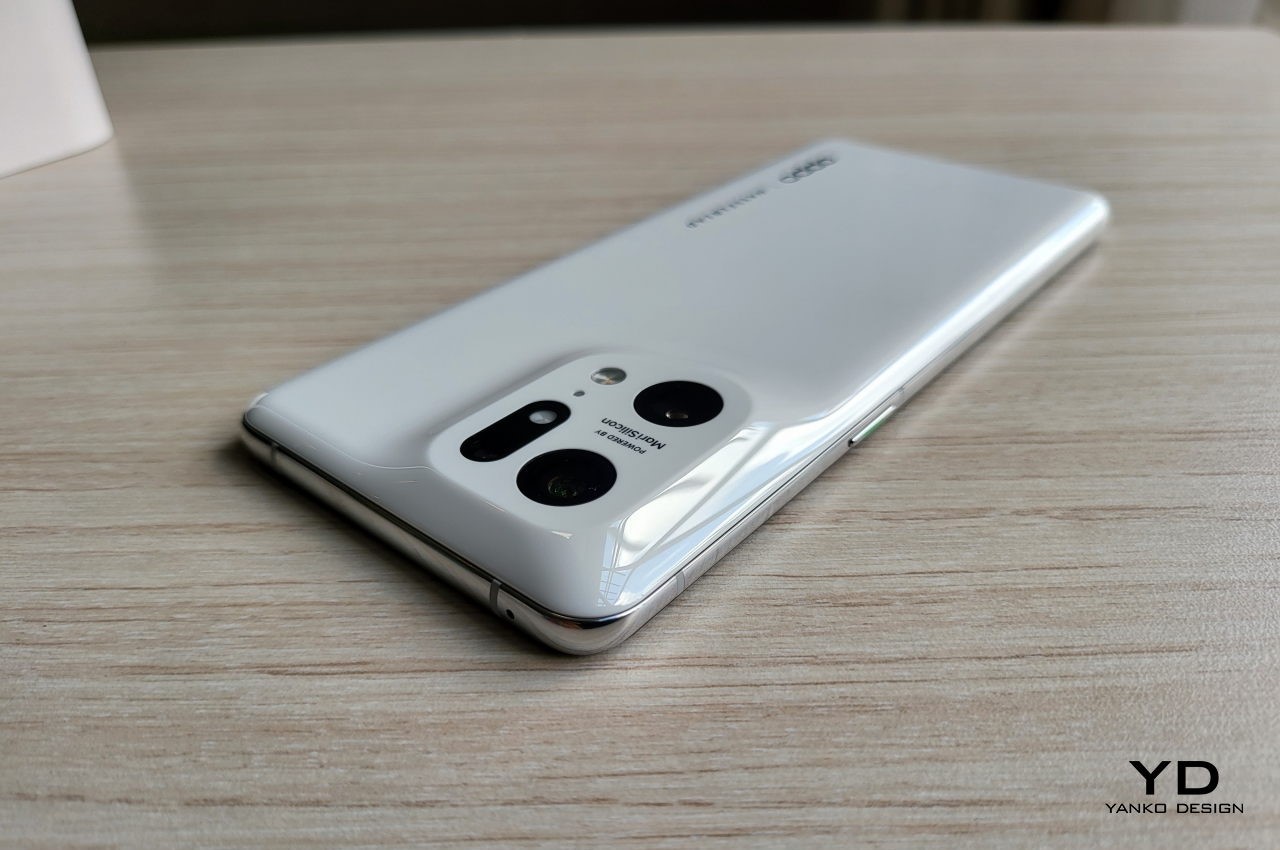 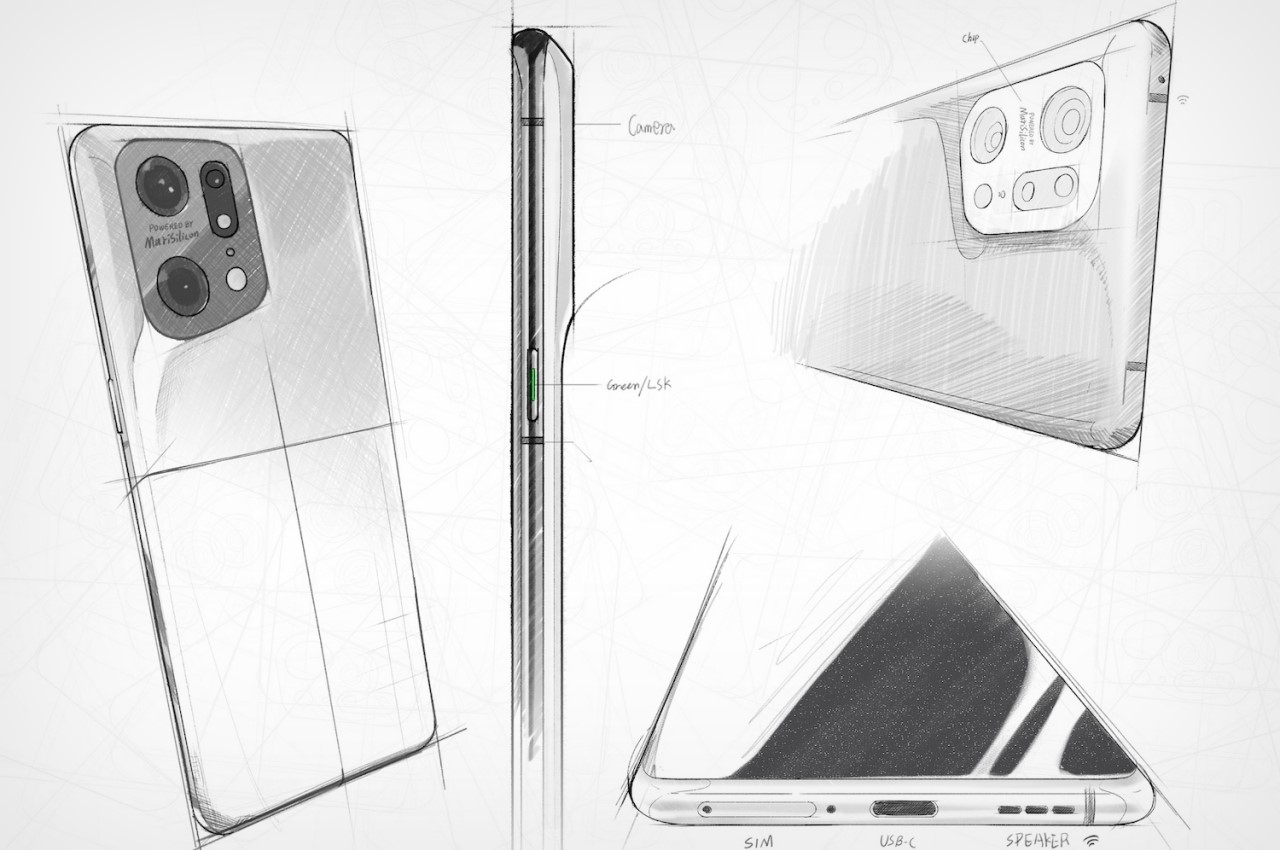 That same principle guides OPPO’s design of foldable and rollable phones. More than just showcases of the latest and innovative designs and technologies, these devices are meant to expand people’s options and inspire their daily lives. It’s an example of the proper and responsible use of technology to help build a more inclusive society. For the foldable OPPO Find N, for example, addresses a real desire among phone users to have a device with a larger display while still being small enough to carry in their pockets. After testing 26 versions based on 120 models, OPPO’s design team finally settled on a 5.49-inch outer screen and a 7.1-inch inner screen that satisfies both groups of people without excluding anyone, delivering a device that is both beautiful and useful for all kinds of users. 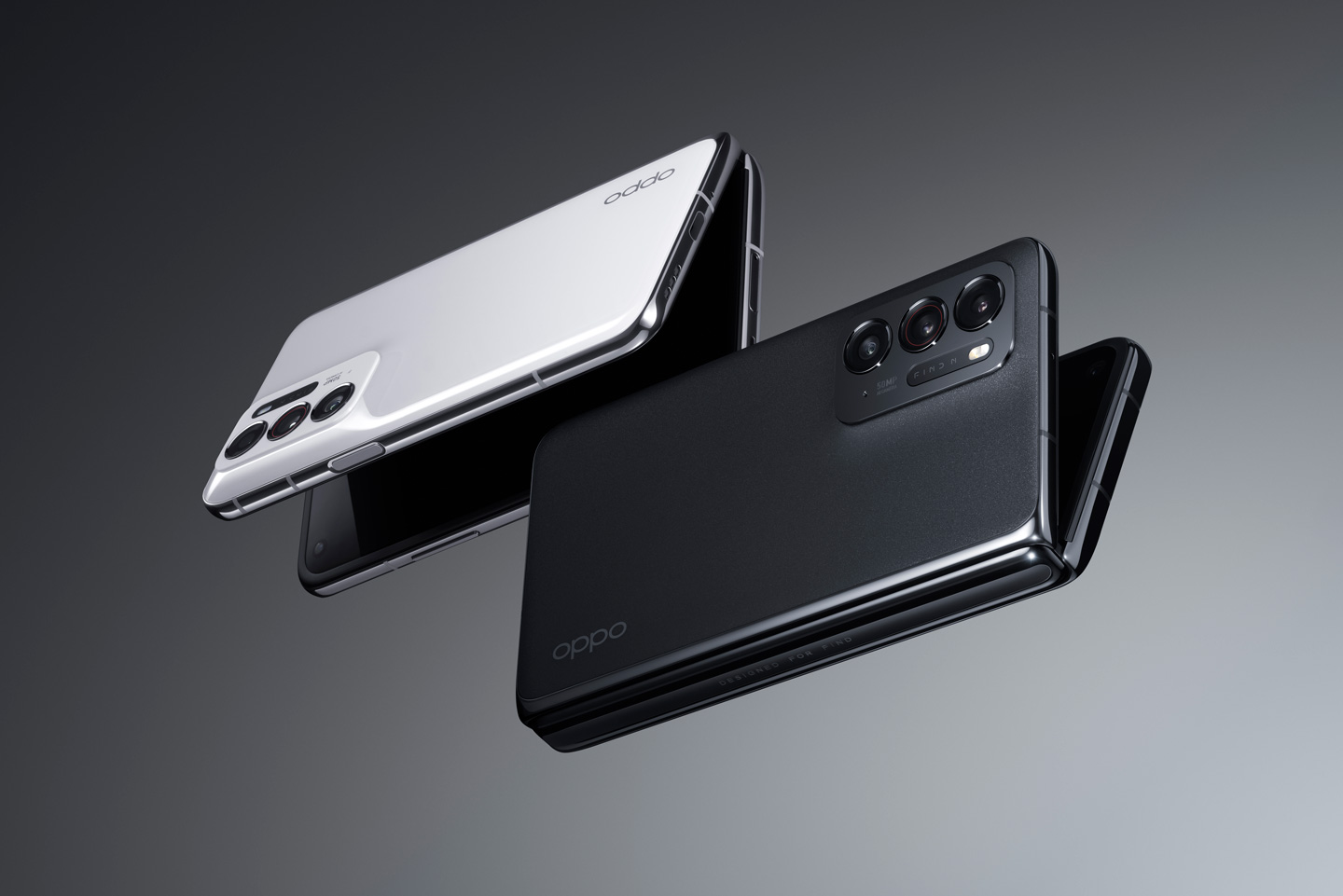 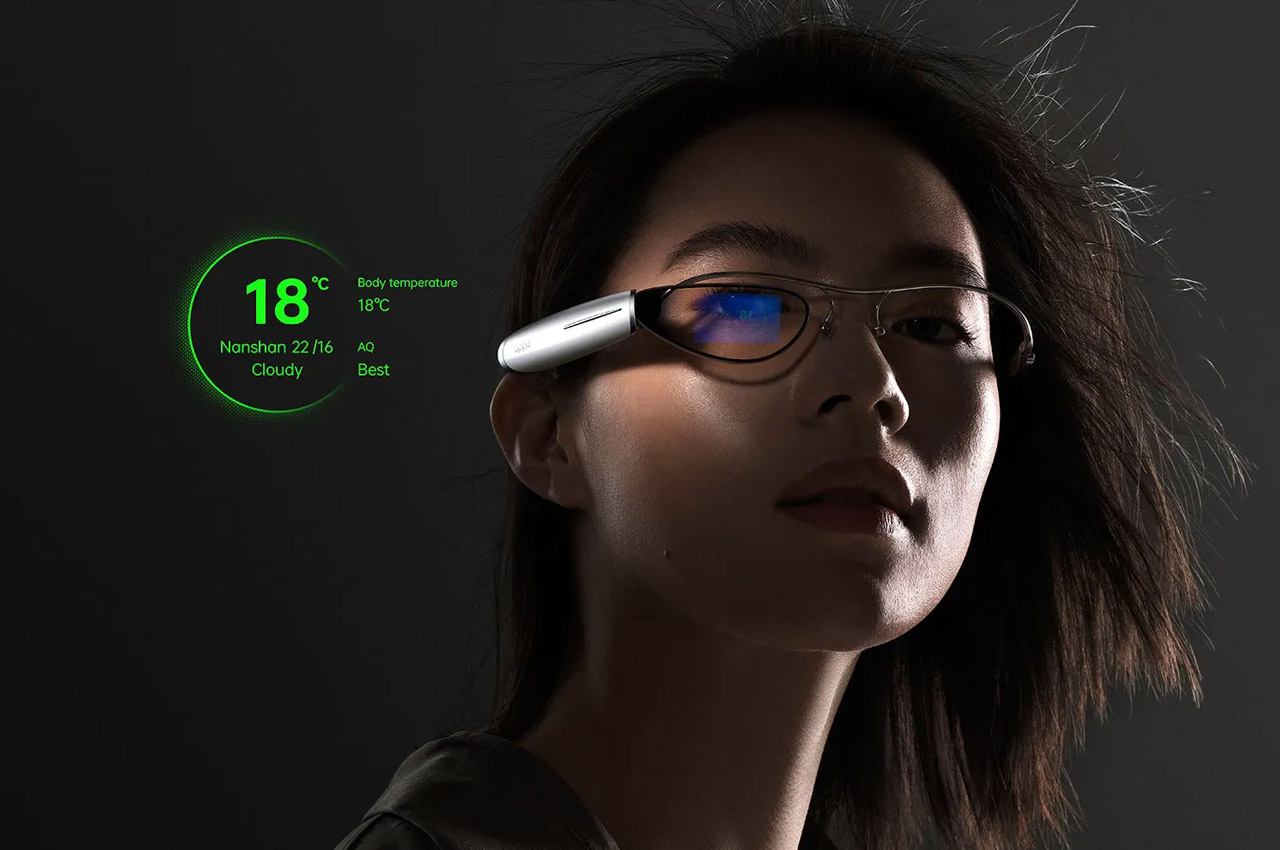 That human-centric design also extends to OPPO’s responsibility to the future of the planet. Just as it is inspired by nature, it is also acutely aware of the issues that plague nature, particularly with changes to climate and the environment. The company is paying close attention to these problems that will affect the future of human development, creating more sustainable and eco-friendly designs that add a bit of humanity to these devices (seen especially in their ColorOS 13’s nature-centric weather widgets that act as a constant reminder that the climate is becoming uninhabitable). We even pressed Zeng on whether OPPO was interested in creating ‘luxury’ phones catered towards premium users. Zeng was quick to point out that OPPO’s commitment to creating products that ‘solve problems’ meant that there was little need for luxury devices that were simply objects of desire and opulence. “Before making a premium edition, we have to think about what problems it’s going to solve”, Zeng mentioned. “Showcasing where you are on the social ladder… that’s not a very high priority for us, and isn’t a good scenario for technology to empower more people” 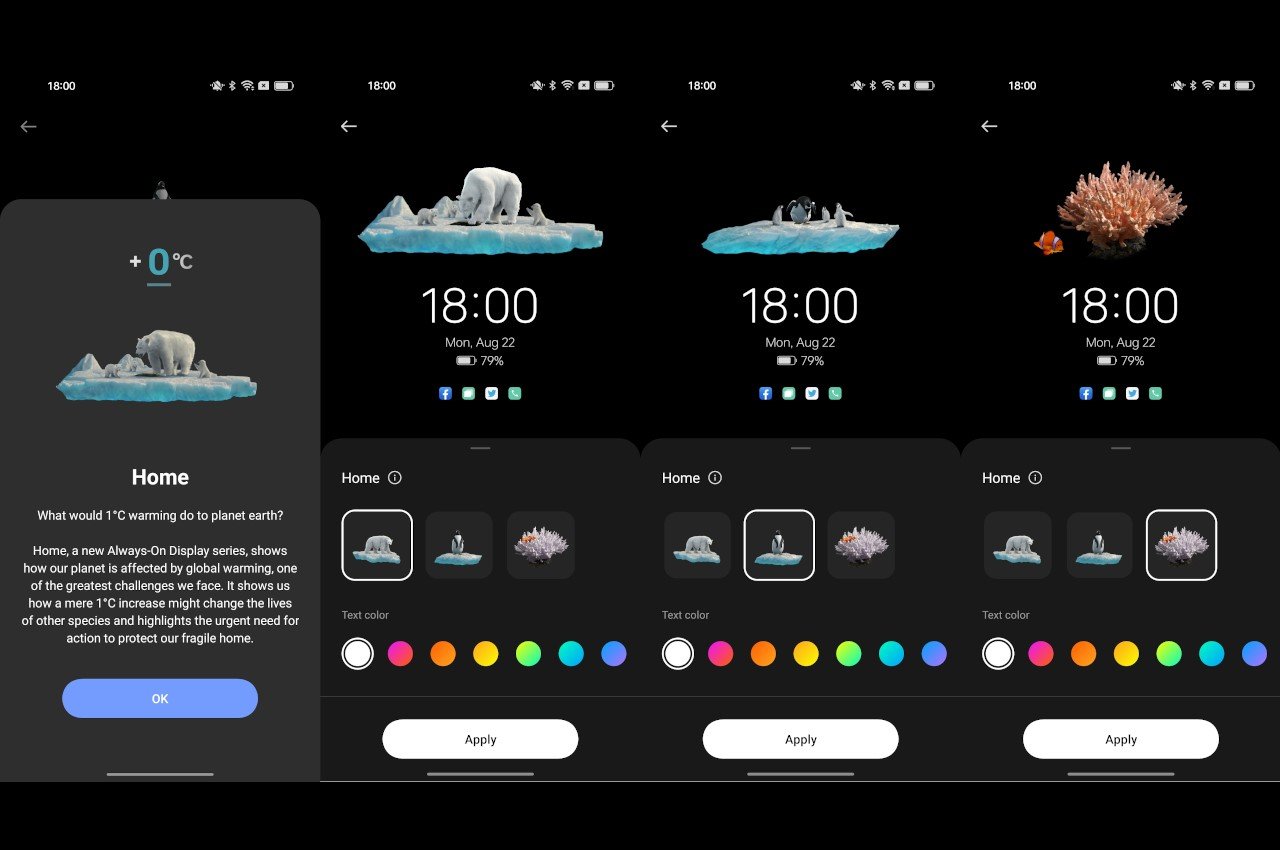 The weather widget within ColorOS 13 acts as a reminder of our impact on the climate and natural ecosystems that are affected by it.

Technology doesn’t exist in a vacuum. It is a tool meant to elevate human life but has, so far, not wholly embraced the emotional connect with humanity. OPPO is trying to bridge that gap between technology and humanity using design and artistry, creating products and experiences that not only look more natural but feel that way as well. With Design in Tech, OPPO is trying to look beyond specs and features, putting the focus more on more human-centric technology for its global users.

Bust out the plastic NOW because Prometheus is on its way and you’re not gonna want to miss 50% off the pre-order! It’s the latest…

Can’t experience the cool and crisp Hawaiian air or the fragrance of the Amazon Jungle at home? With the Air Jumper you can literally globe…

The Pakt Coffee Kit lets you be a wandering barista

https://www.kickstarter.com/projects/pakt/pakt-coffee-kit-the-complete-brewing-system-for-travel As a self-respecting tea drinker myself, I understand the lengths people go to to get their daily beverage fix. I’m incredibly fickle about my…