You can be a hipster, but you’ll never be a ‘five-year-old recording on vinyls’ hipster.

Well, it’s official. Teenage Engineering may just be the coolest, most inventive company out there in the tech space. Not only have they given us some incredibly uplifting audio gadgets from their own hardware brand, the company’s also collaborated with brands like IKEA and Nothing to create new products that marry fun and functionality in unique new ways. Teenage Engineering’s latest product, however, expands to a demographic that audio tech never really considered – kids. The PO-80 Record Factory Kit is a record cutter that engraves audio onto 5″ vinyl discs, giving kids the ability to record their own LPs the old-fashioned way, quite like how millennials made mixtapes and burned their own CDs. The Record Factory, created in collaboration with Yuri Suzuki, lets you engrave and playback 5″ discs with an ultra-analog lo-fi sound. This isn’t studio-grade equipment, after all, but it does add a creamy muffled, effect to your audio that totally sounds like the 40s and 50s in a nutshell. 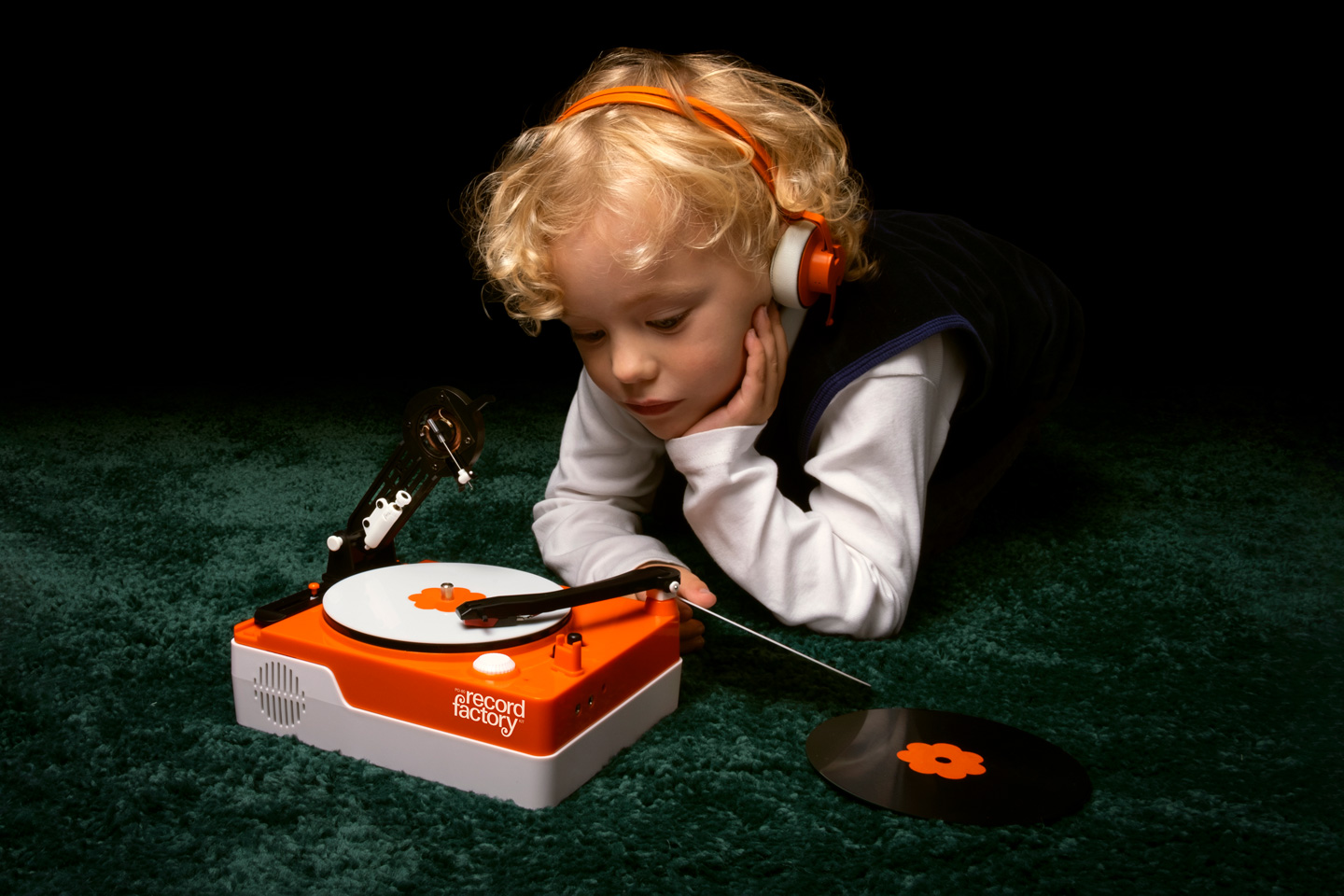 Starting at $149 USD, the Record Factory is just simply perfect for kids to experiment and play with. It allows you to plug an audio source in using the 3.5mm input, and lets you engrave any audio directly onto the vinyl disc. The toyish little record cutter turns any audio into a pleasant lo-fi tune with a retro warmth, and Teenage Engineering also supplies a vinyl mastering app on their website that takes your MP3 and WAV files and plays with the equalizer settings to ensure your track is record-ready. The 3.5mm jack also lets you connect the company’s Pocket Operator series of MIDI controllers directly to the cutter, converting the audio you play on the devices into LPs. Alternatively, you could even listen to records using a separate player head and the Record Factory’s built-in speaker. 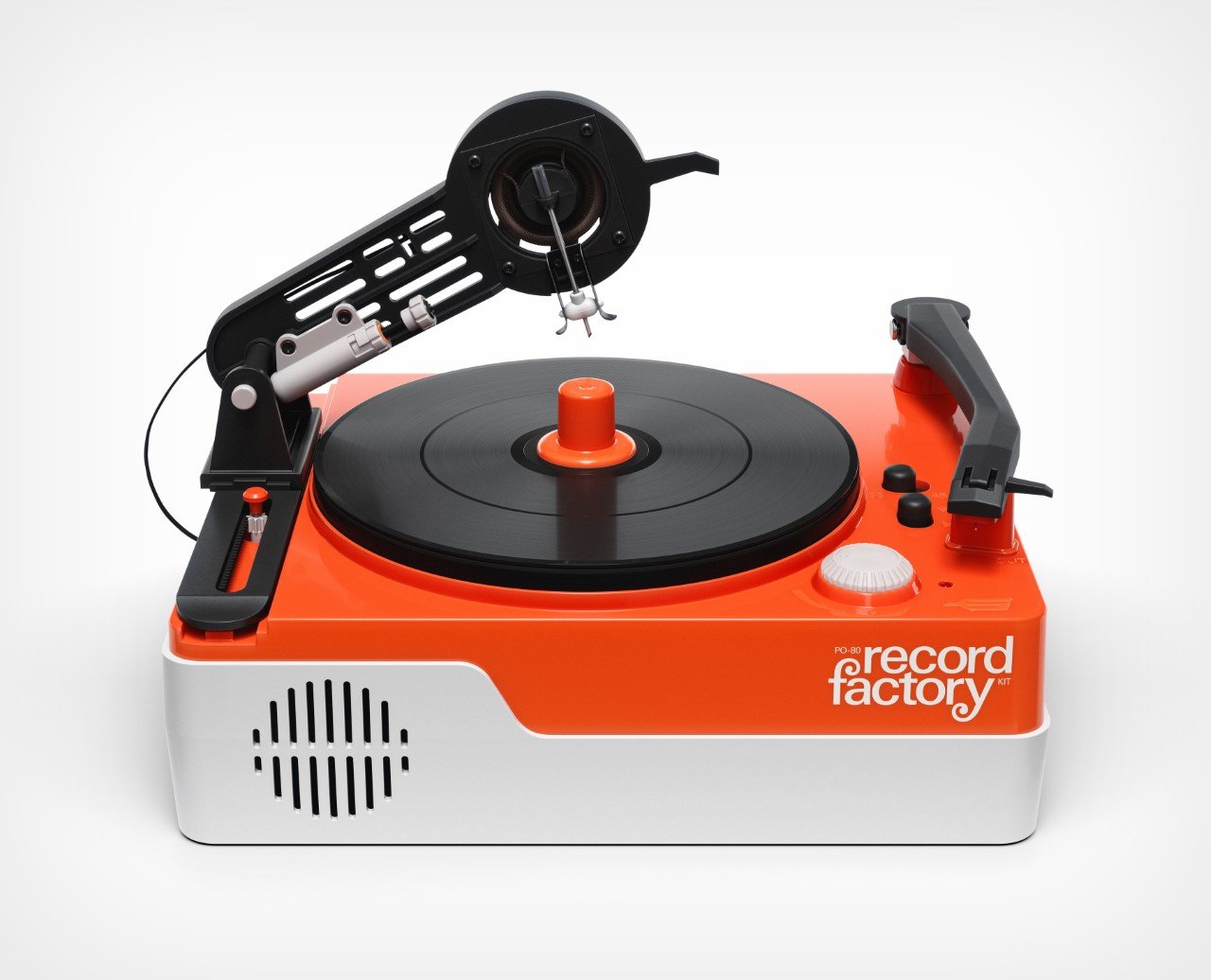 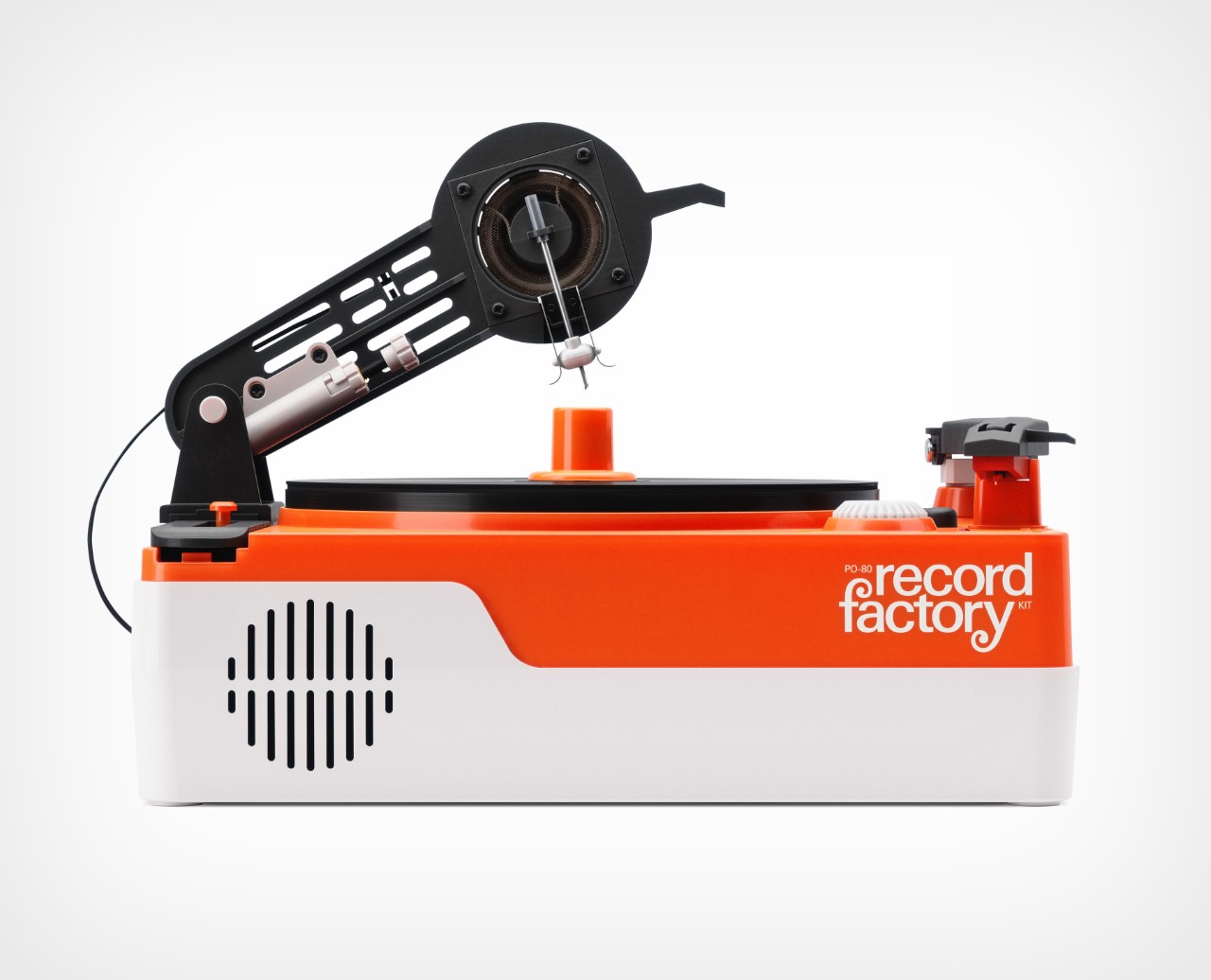 A perfectly adorable little toy, the Record Factory has pretty much universal appeal. Even though the device is designed for kids in their pre-teen years (a little ironic given the company is literally named Teenage Engineering), its lovely design and easy-to-use interface make it perfect for anyone looking to experiment with audio hardware without breaking the bank.

The Record Factory starts at $149 and comes unassembled, so you’ll definitely enjoy the DIY process of building the device out of the box! 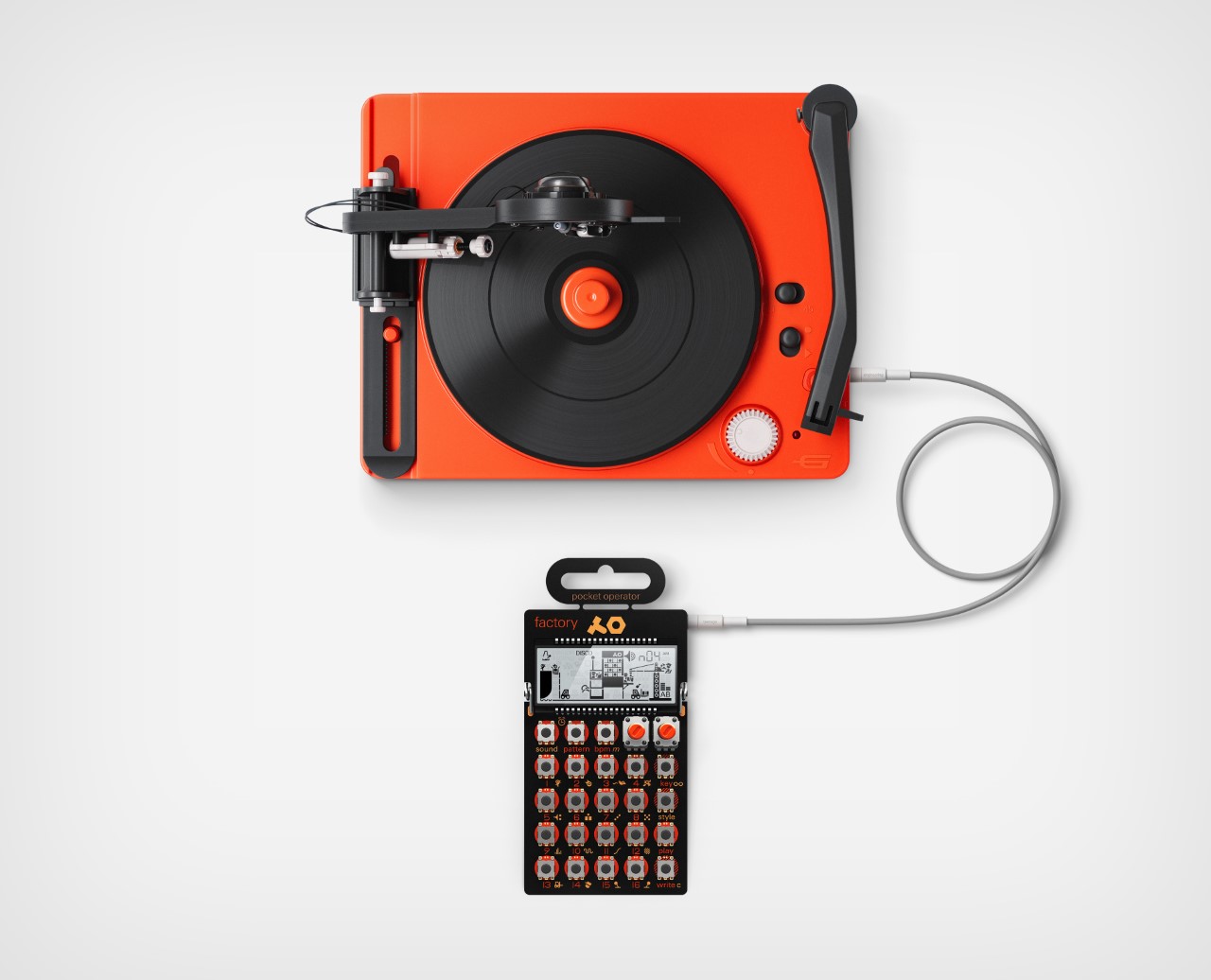 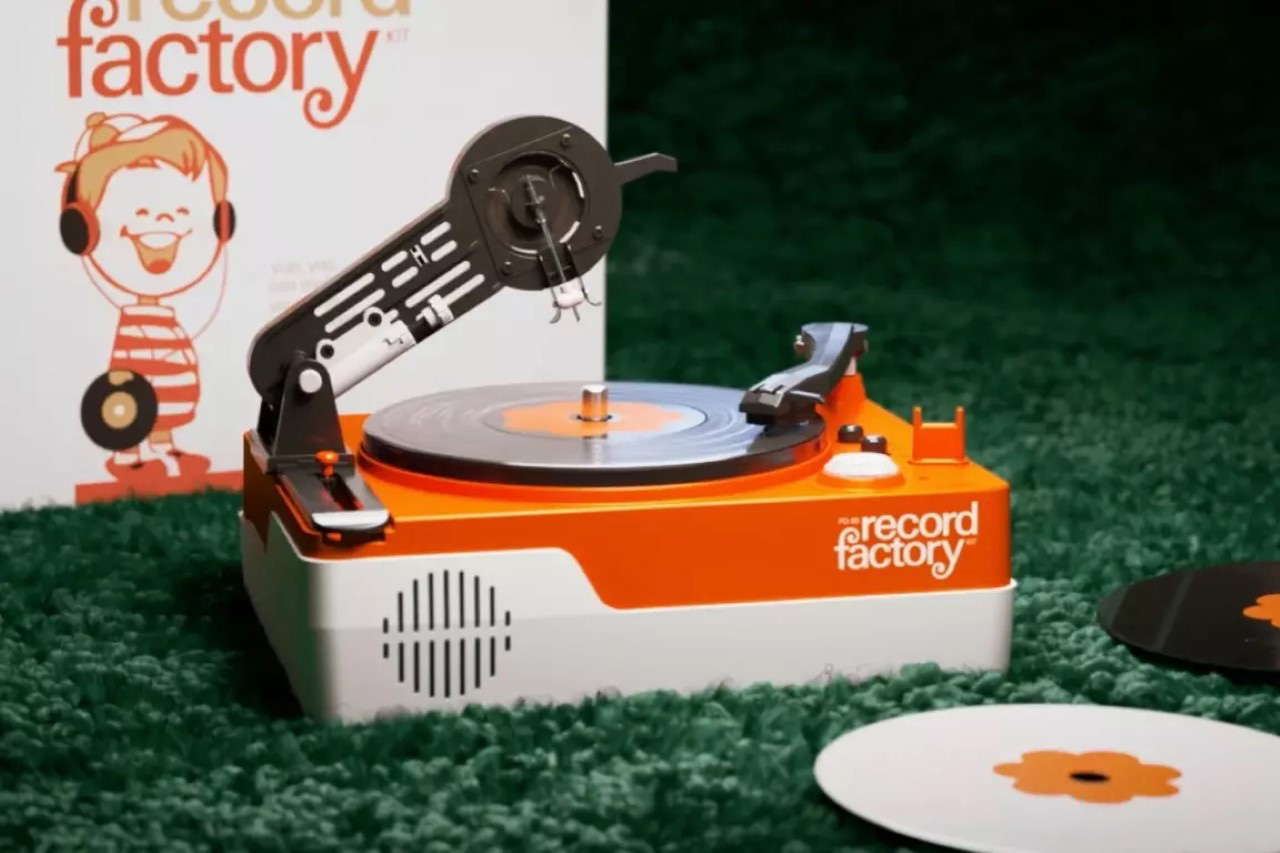 For the first time I’m spying a Yellow Coffee Machine and I quite like it. Designed by Yaniv Berg, the piece has been inspired by…

The Sewing Chameleon is a multi-functional sewing machine that prints out thread on-demand in whatever color the user prefers, relying on color detection sensors and…