It’s unwise to shell $800 odd for a smartwatch and not have the confidence that it will last for a lifetime. This may be a slightly exaggerated statement but no matter how you choose to see it, the new Apple Watch Ultra, in Apple’s own interpretation, is the “most rugged and capable smartwatch” yet. It is a ‘perfect balance between ruggedness, corrosion, and weight,’ thanks to its impressive titanium frame.

It’s customary for Apple devices to go through rigorous testing for their exorbitant claims; no wonder then, the Apple Watch Ultra has already been under the hammer and through dive chambers. Now the pros at iFixit have taken Ultra into their hands and doing what they know best. The bloggers have given us a detailed peek into the watch to help us understand the repairability aspect of the new Apple device. 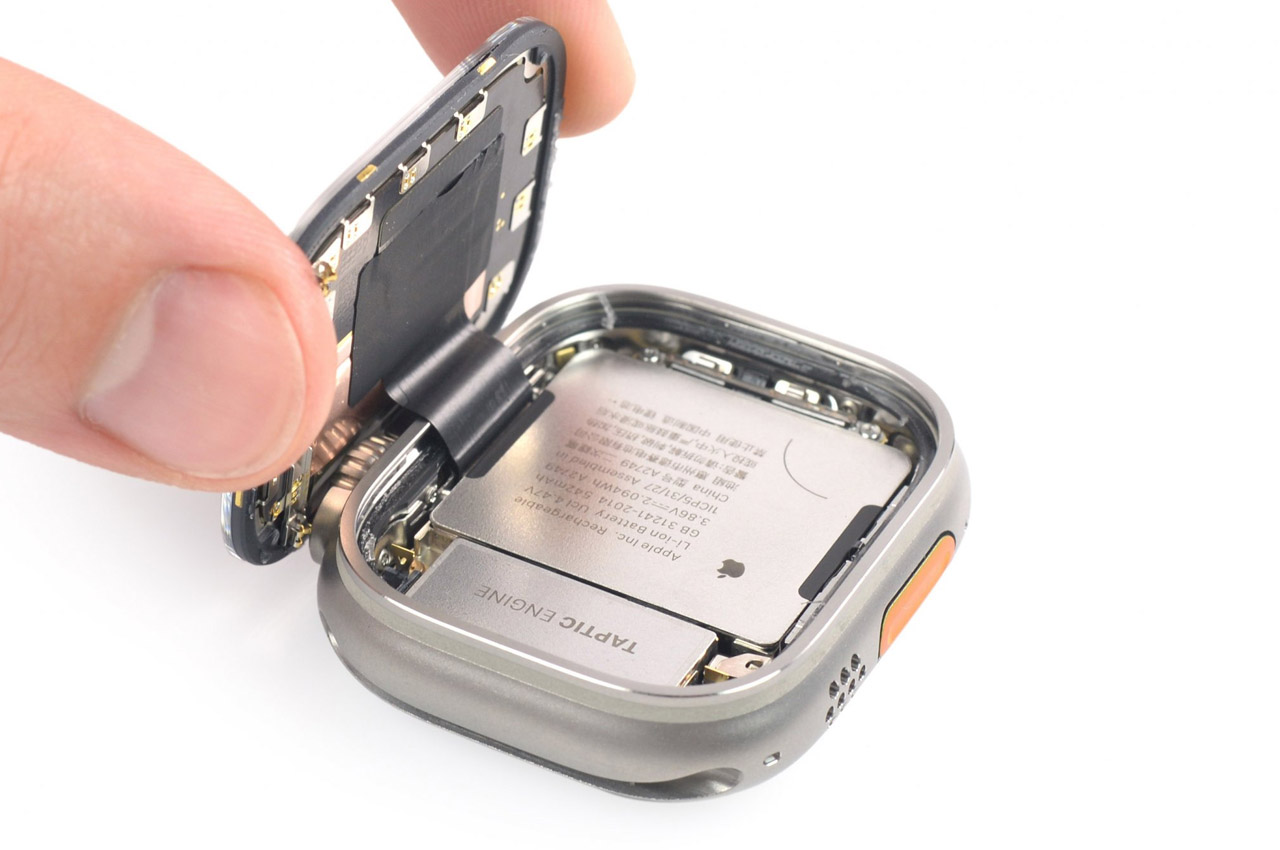 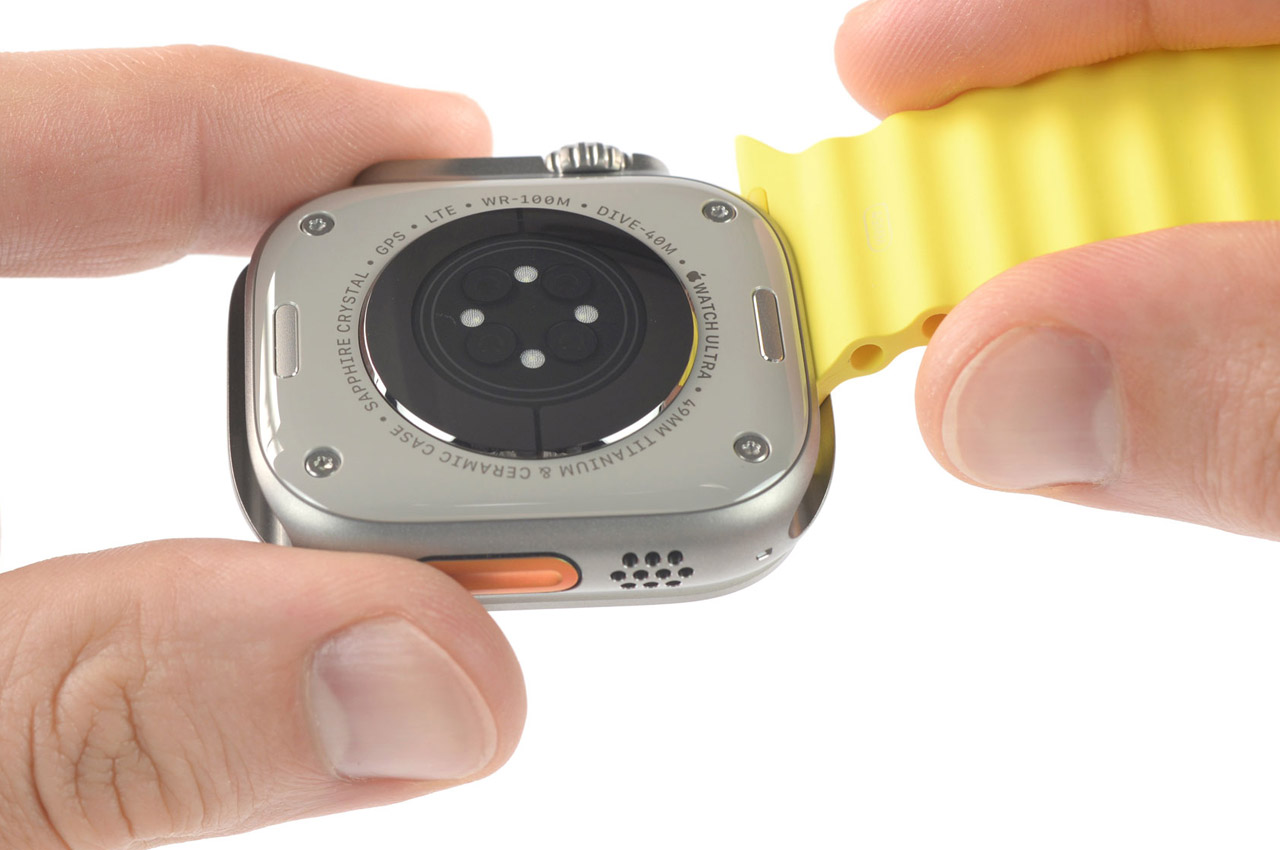 Provided in a 49mm titanium case, the Apple Watch Ultra is designed essentially as an exploration tool that you can take 100m underwater, into the desert, or anywhere life takes you. The completely redesigned watch is a reliever from the similar watch form factor Apple was delivering since 2014. The design has been appreciated and even criticized by some for its bold and bulk outlook, however, that is still the last thing iFixit cares about. 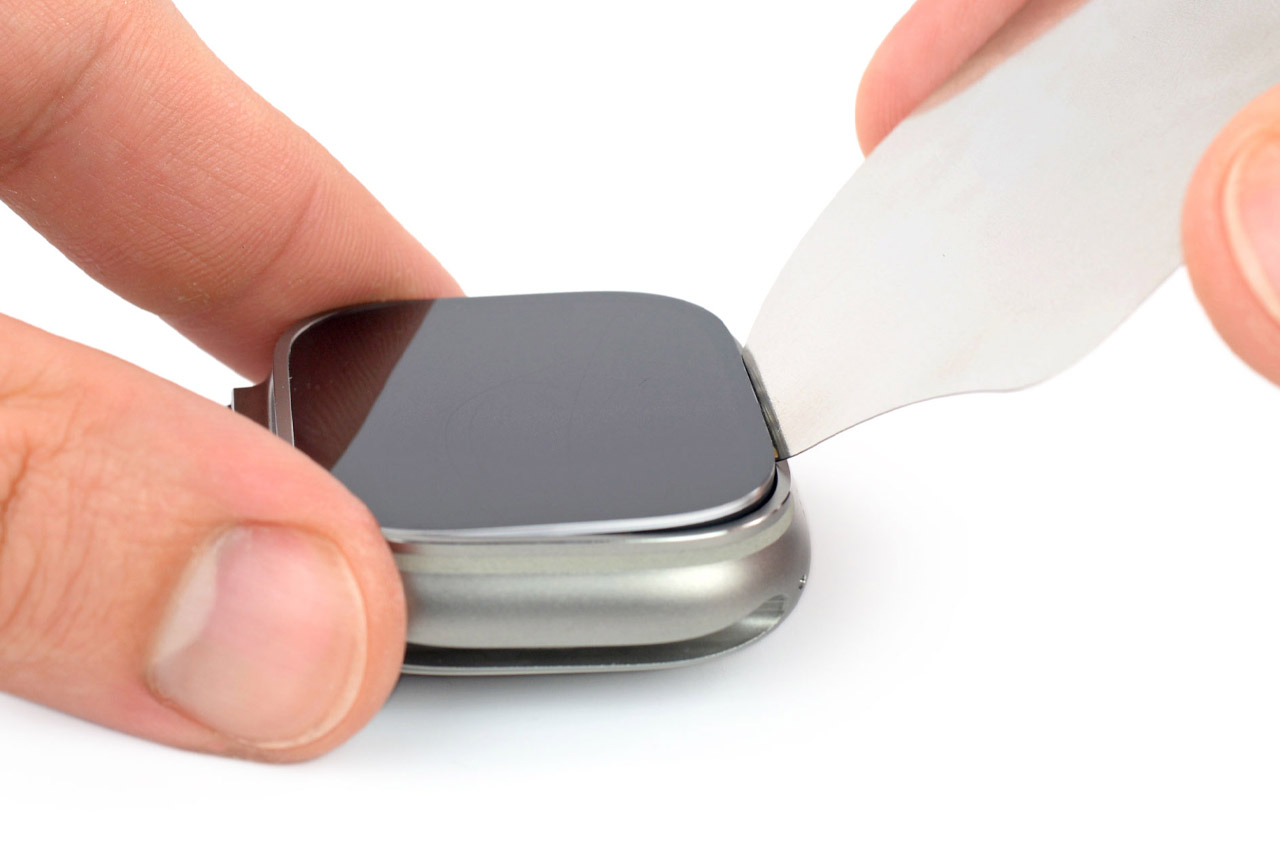 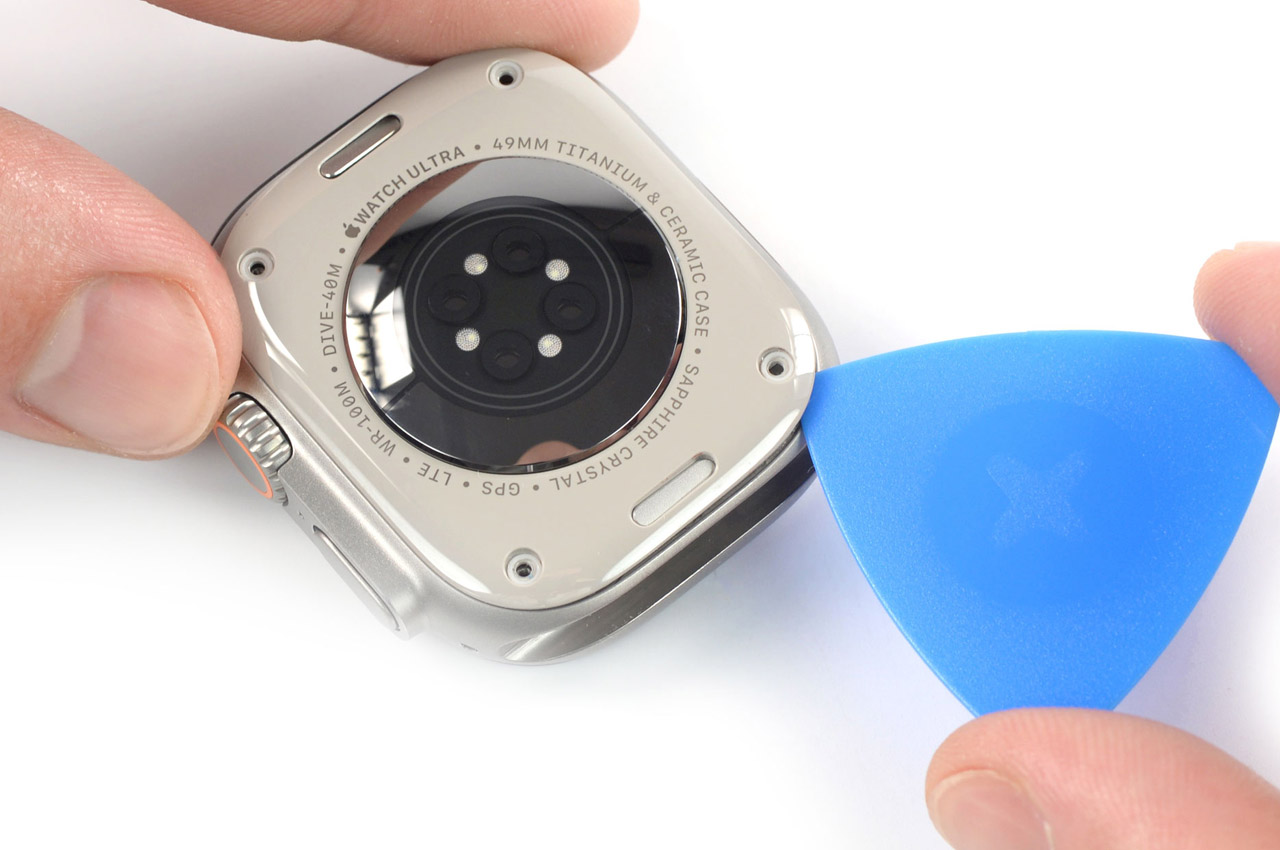 These guys show that the Apple Watch Ultra can be opened from both the front and the back. The rear has, for the first time on an Apple Watch, screws to clip open the ceramic caseback which should’ve increased the chances of repairability and battery replacement. The construction is sturdy with easy access GPS antennas (which should mean better GPS accuracy on the watch), and a glue-like gasket holding the unit impermeable. The gasket destroys the moment the back panel is peeled off. Interestingly the watch is no longer fully waterproof, unless it is replaced. 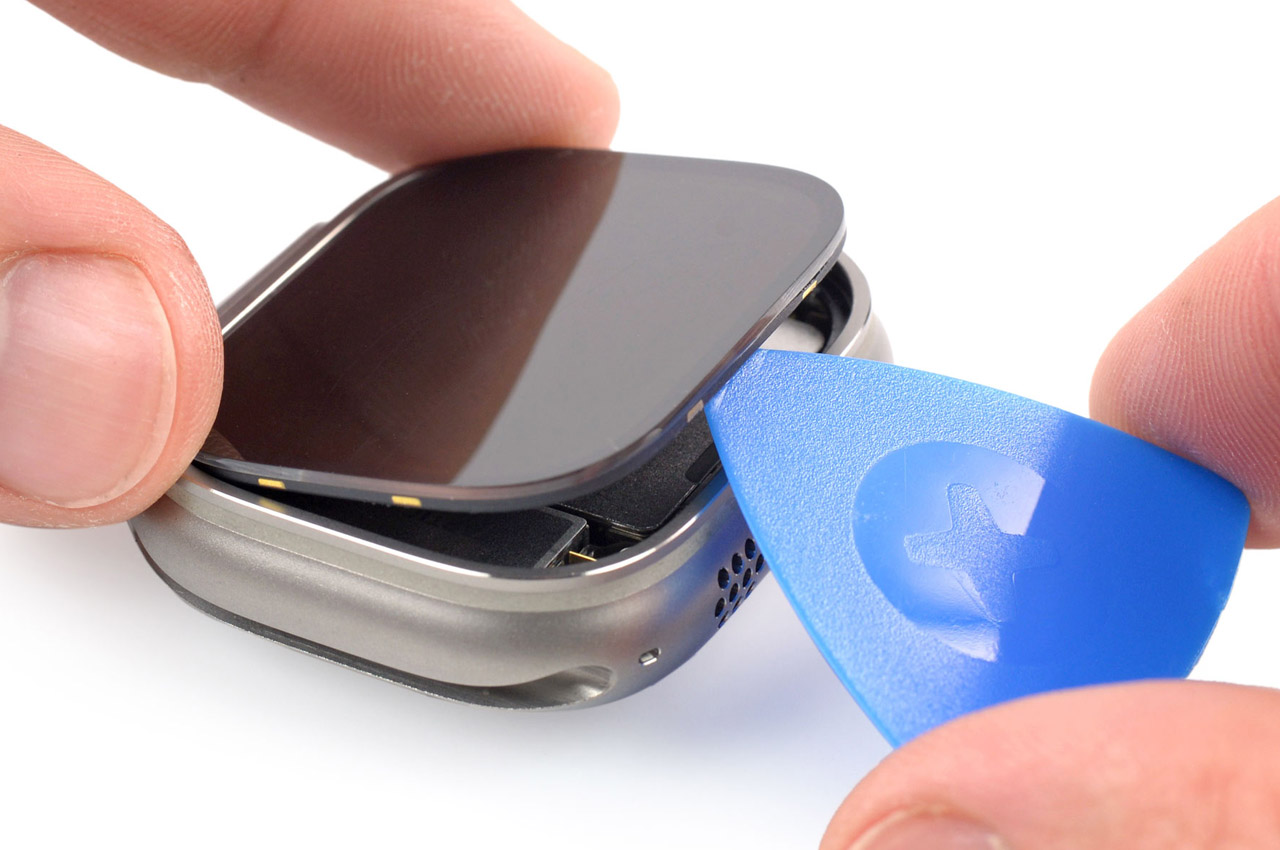 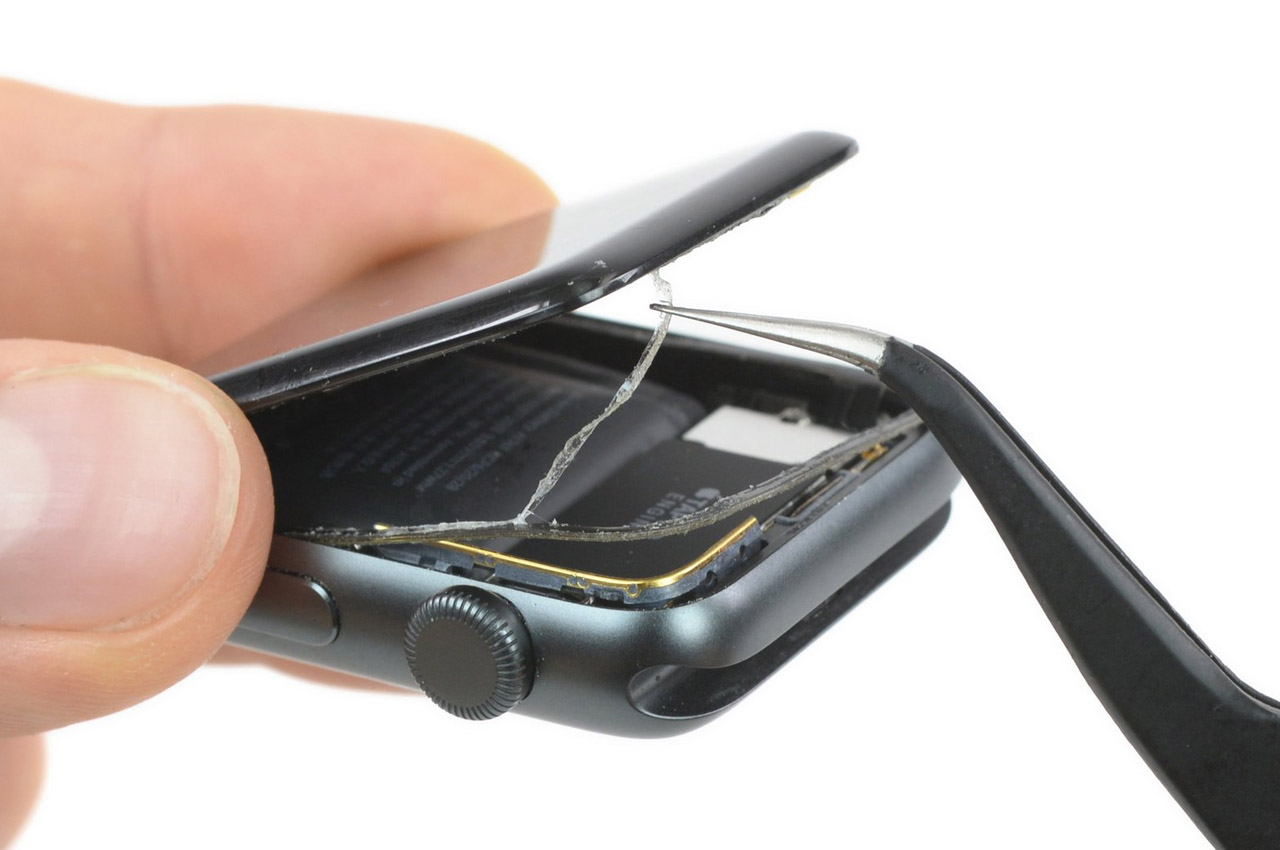 The battery is not accessible from the caseback, instead, the screen needs to be ripped apart. The titanium case is paired with a flat sapphire crystal display, which does not make getting under it any easy. In fact, the guys at iFixit crack the OLED screen in the process of getting to the Apple Watch Ultra’s 2.1Wh battery, which is huge in comparison to the 1.19 Wh battery in the Apple Watch Series 8. 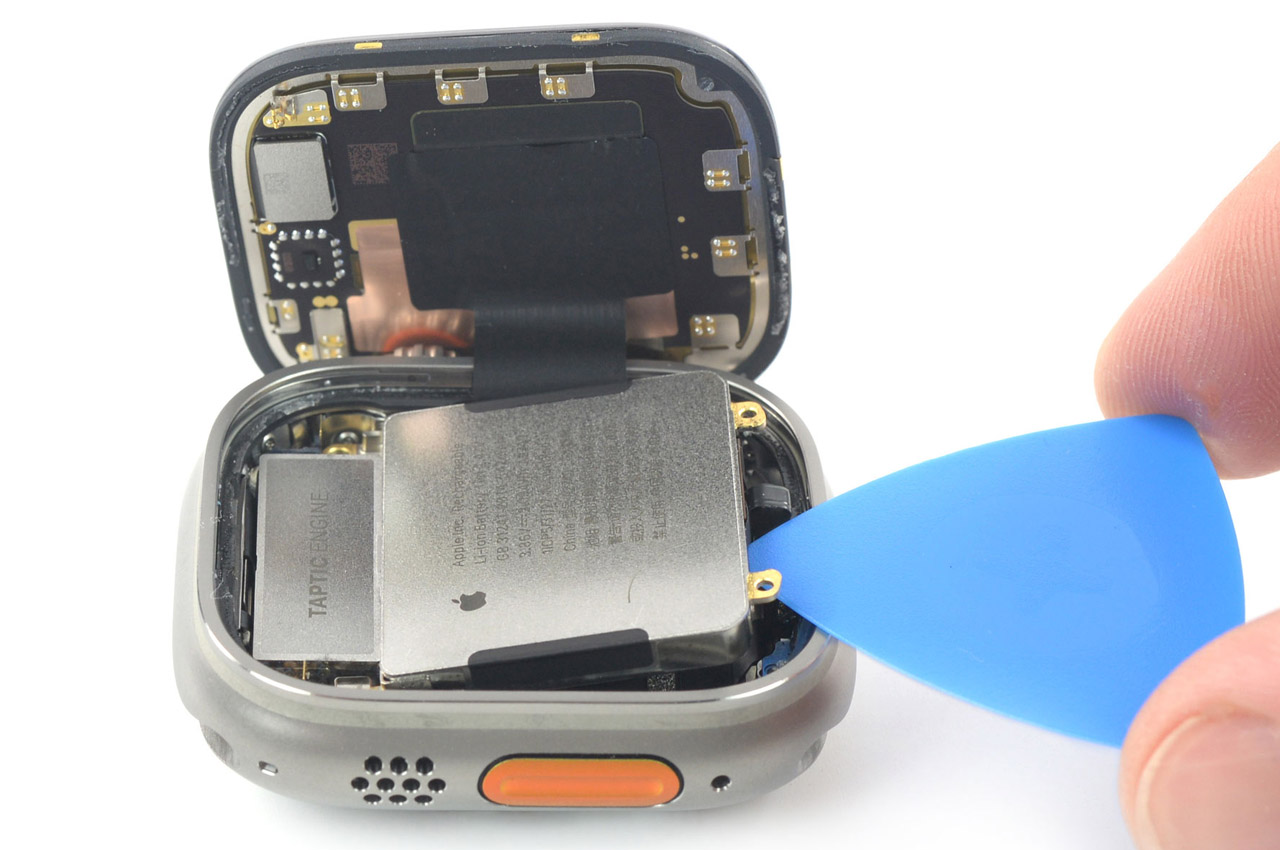 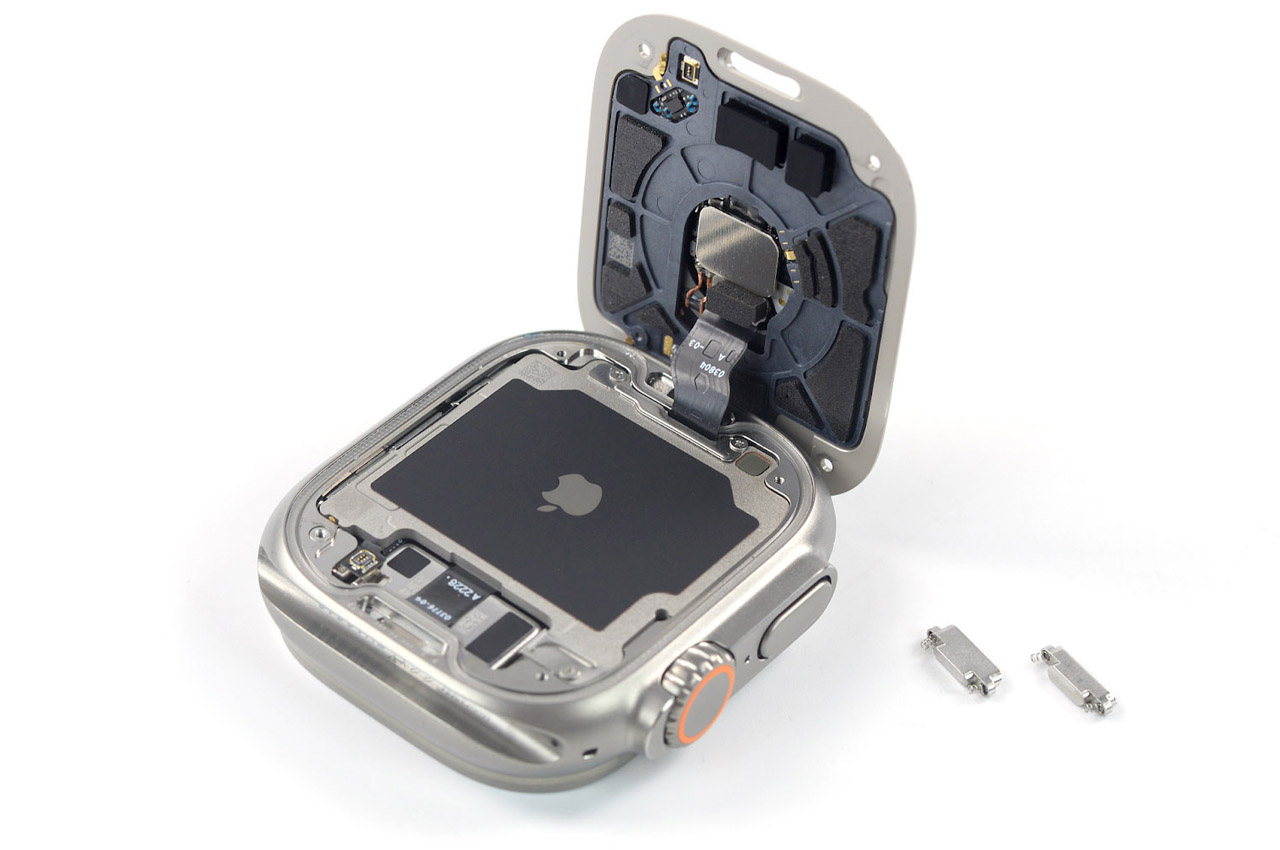 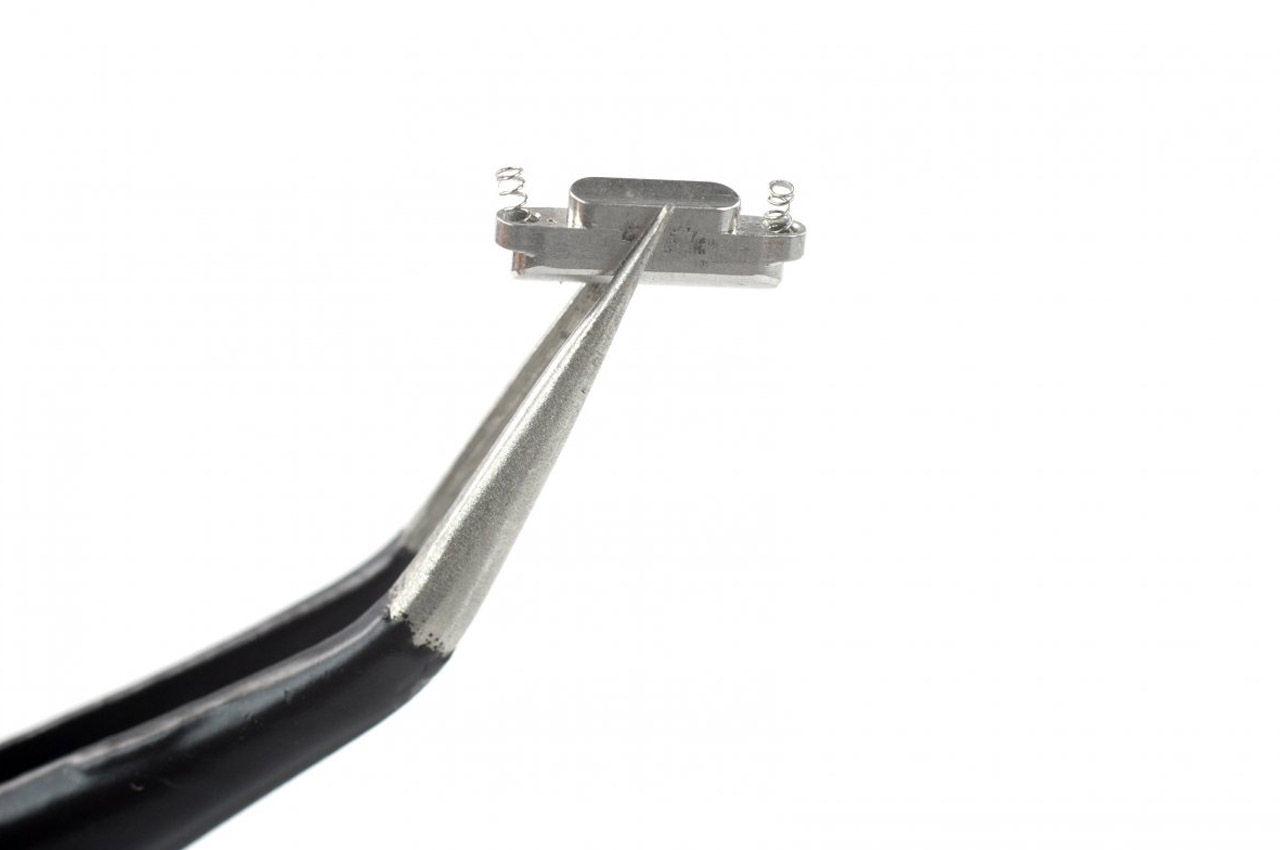 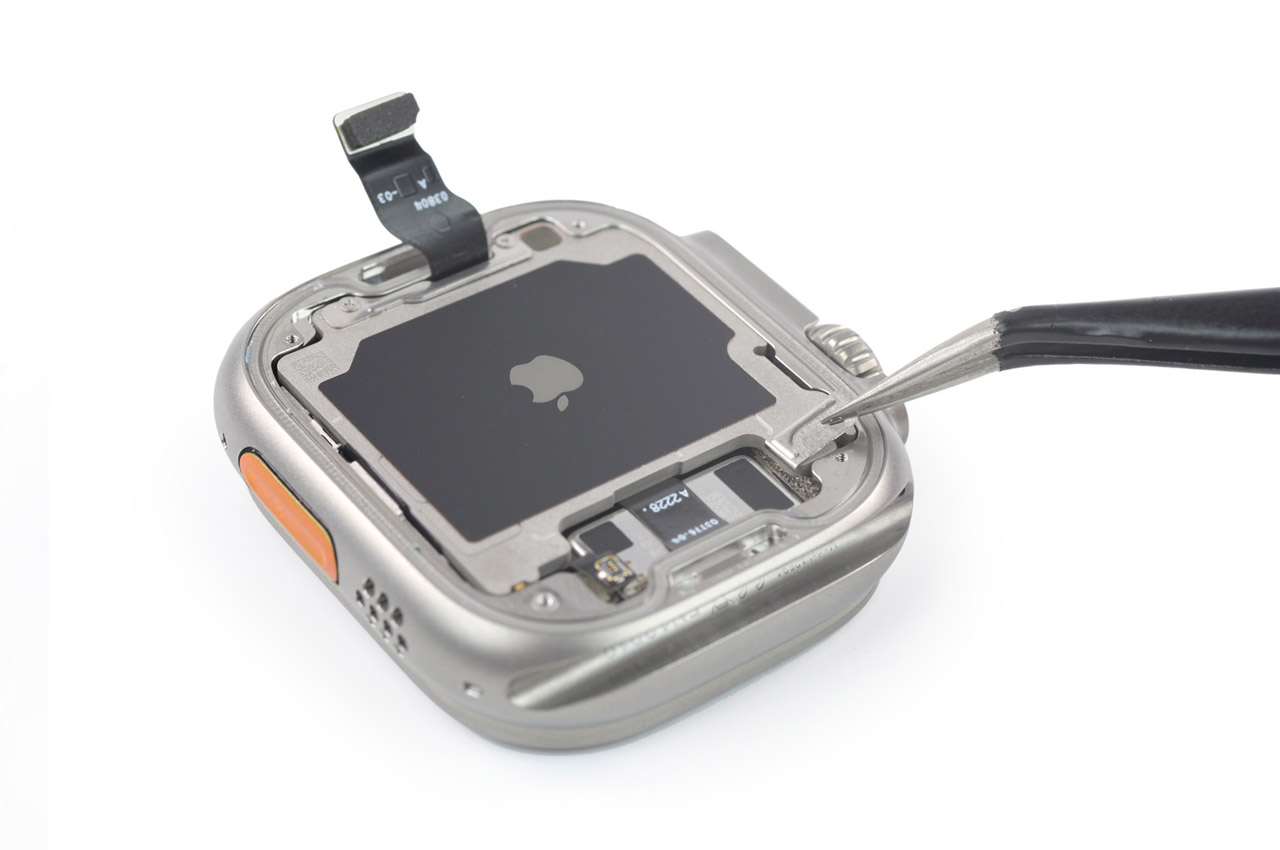 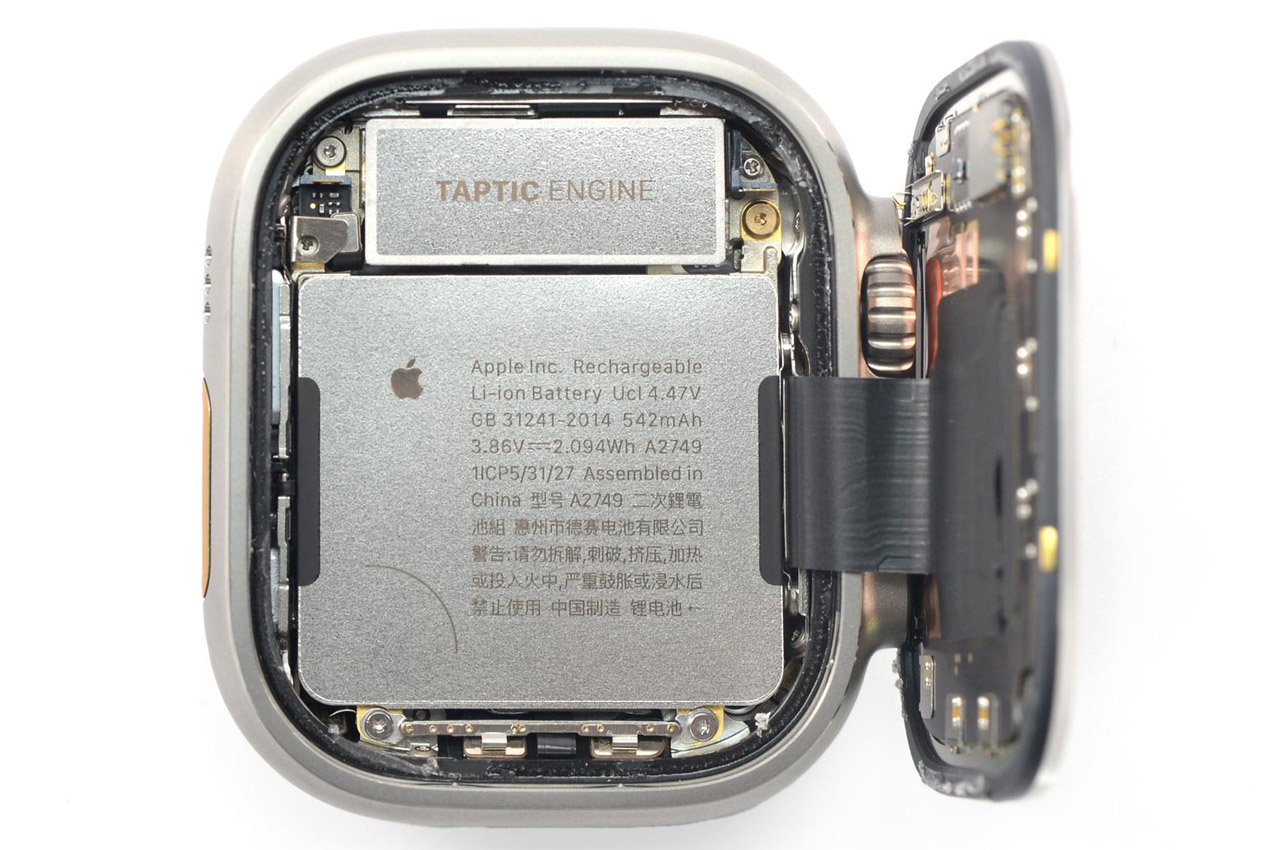 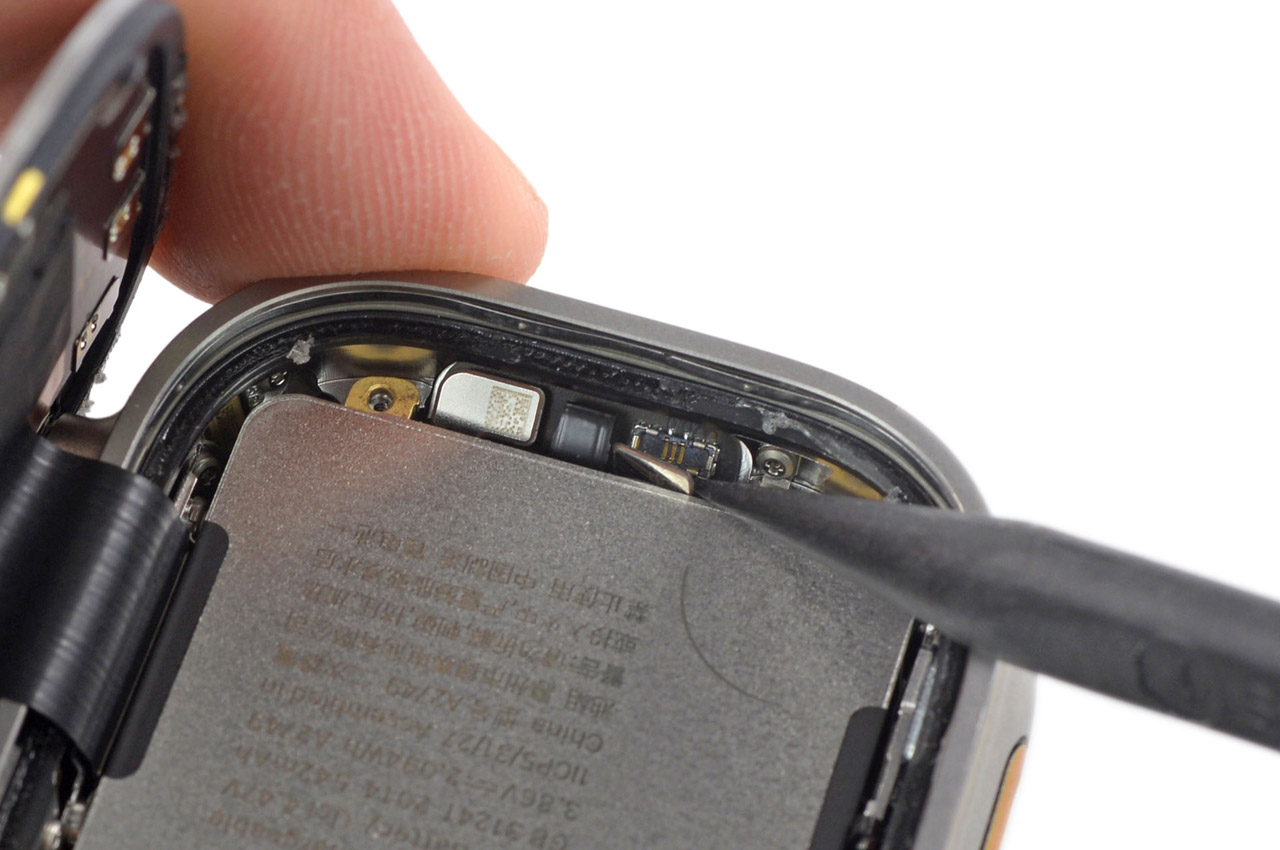 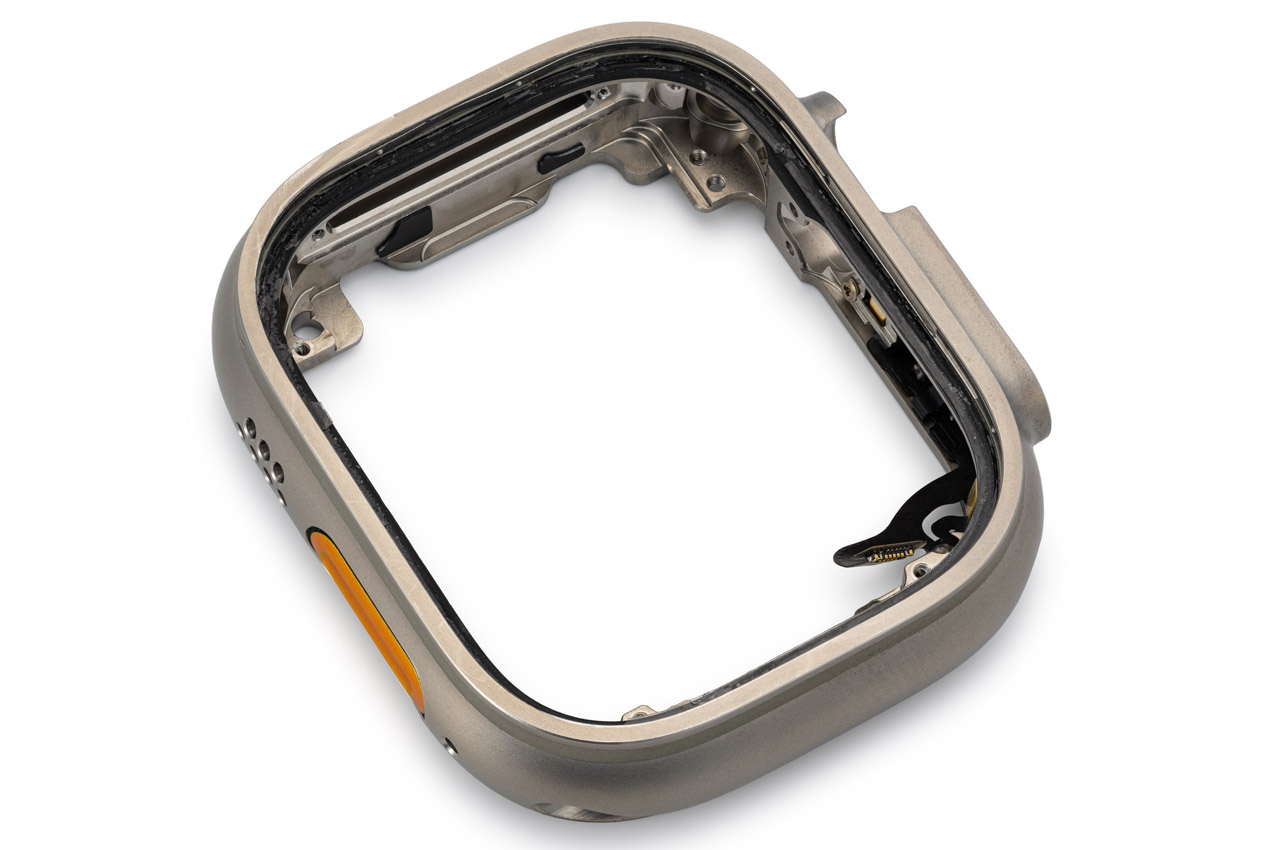 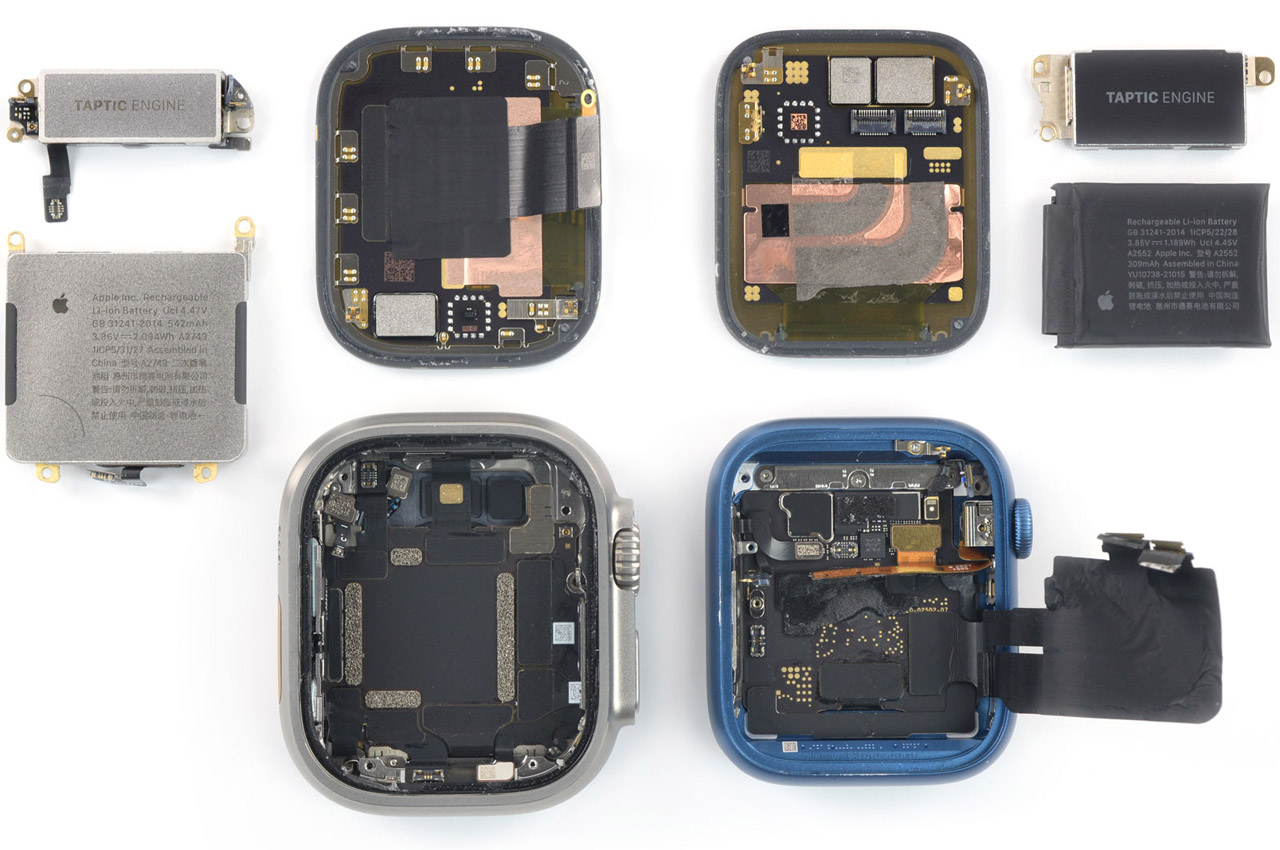 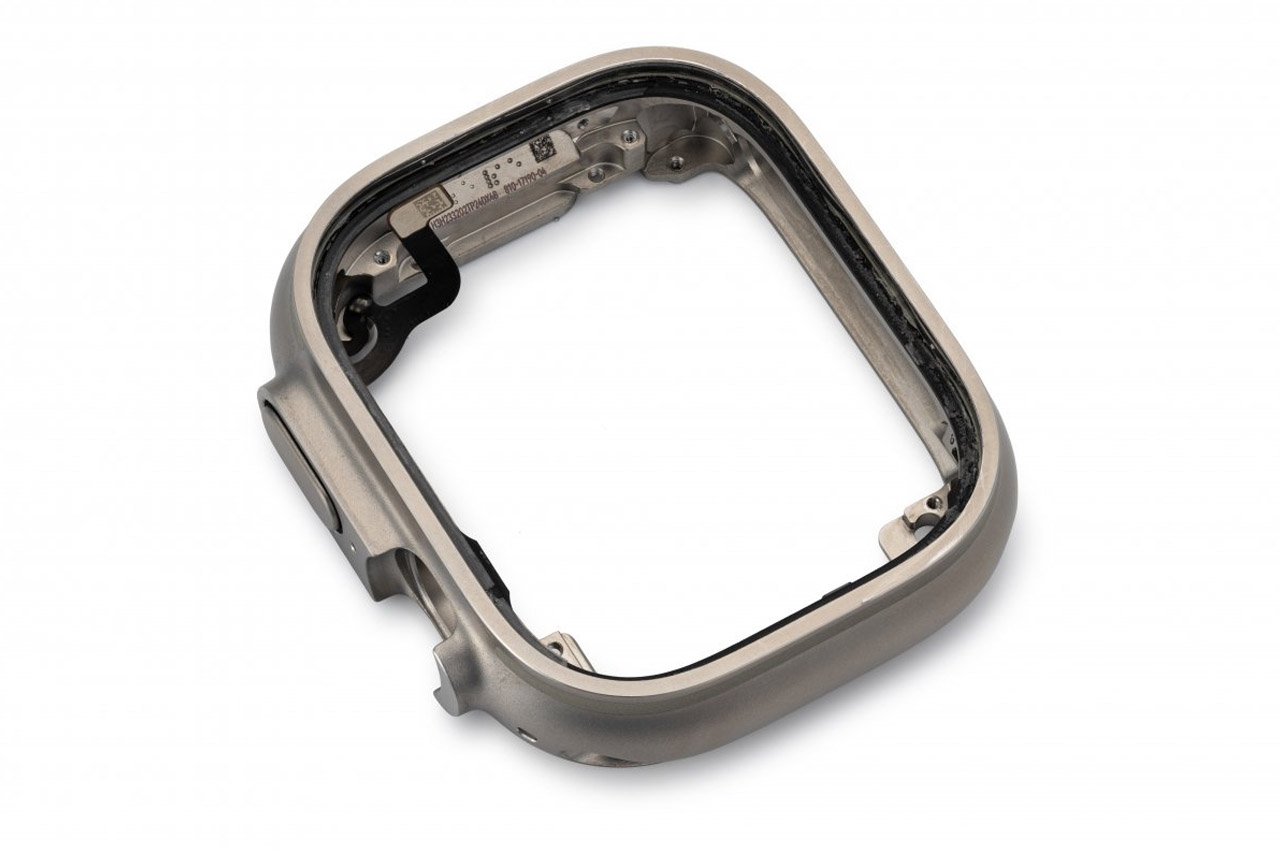 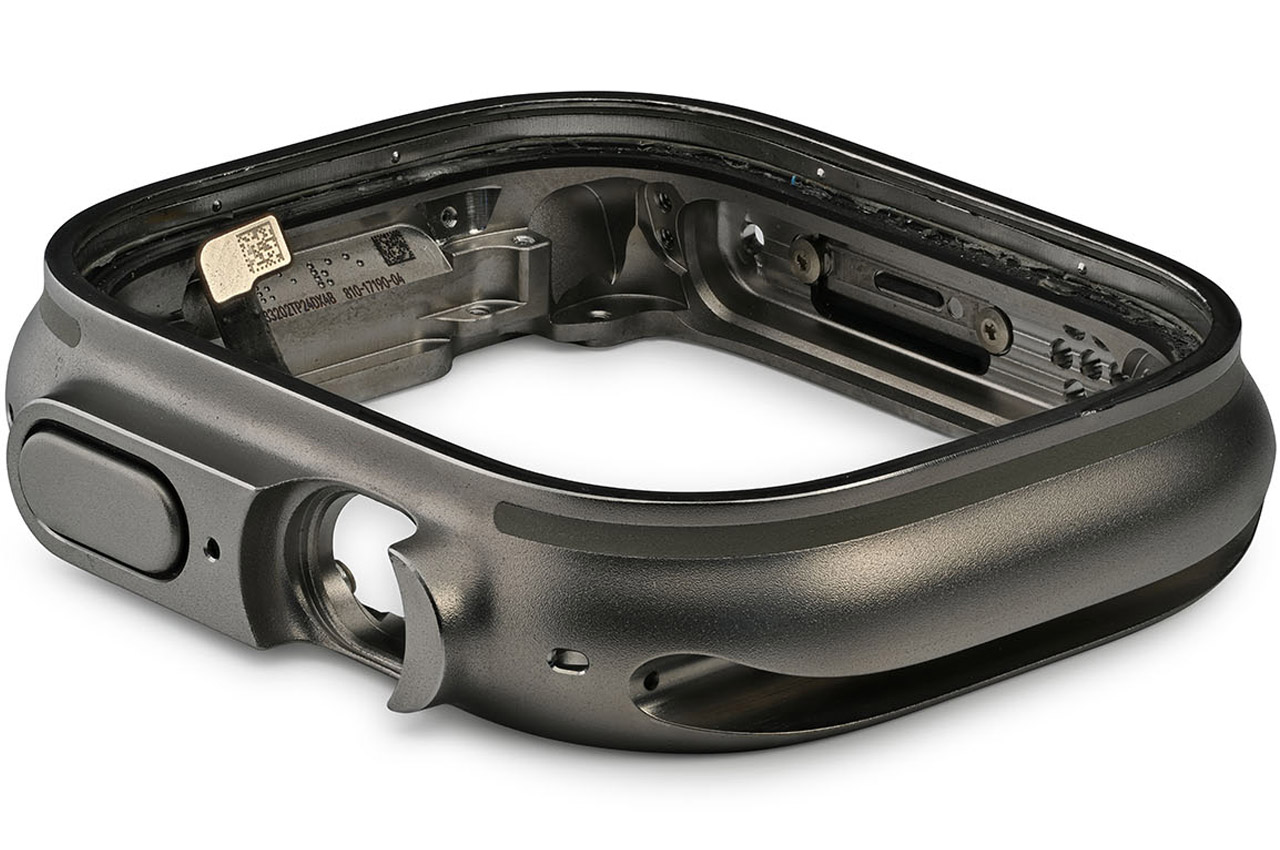 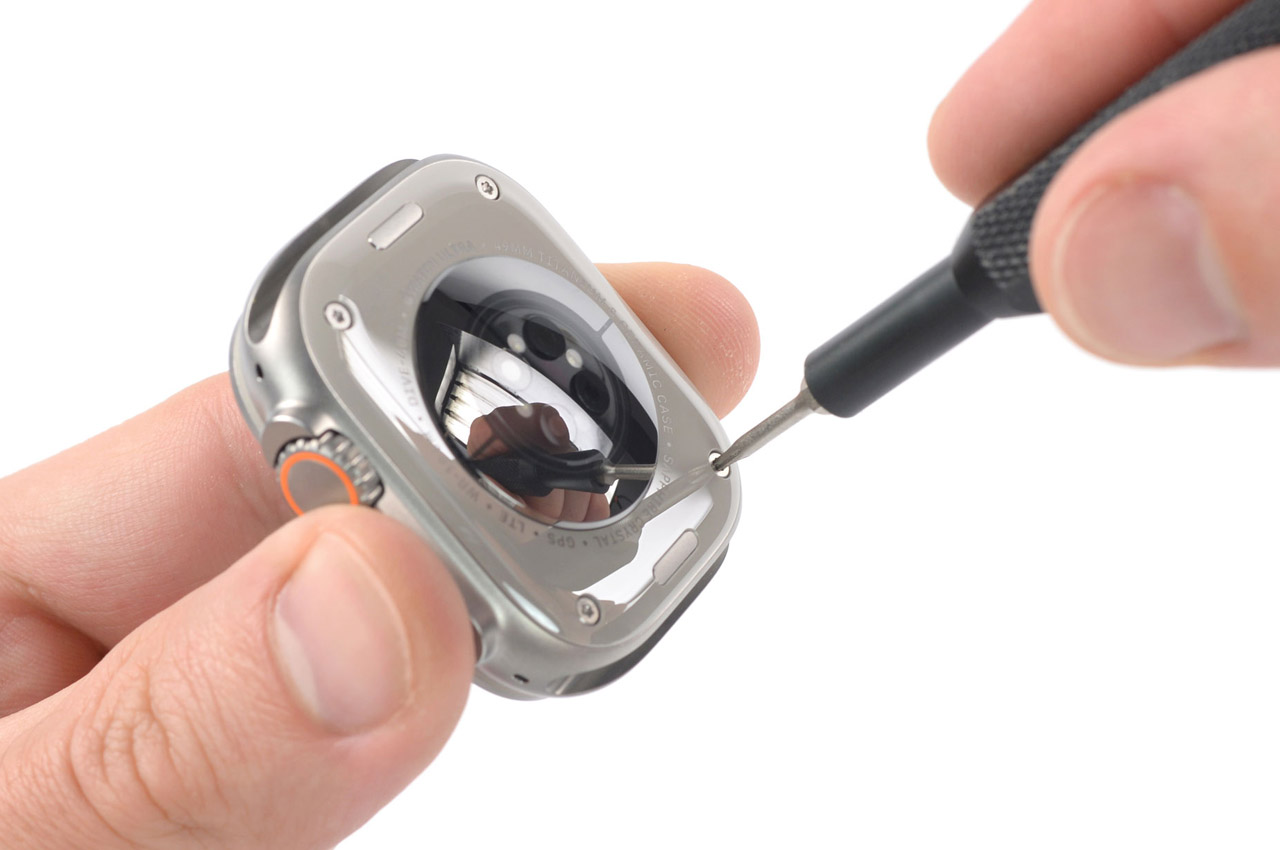 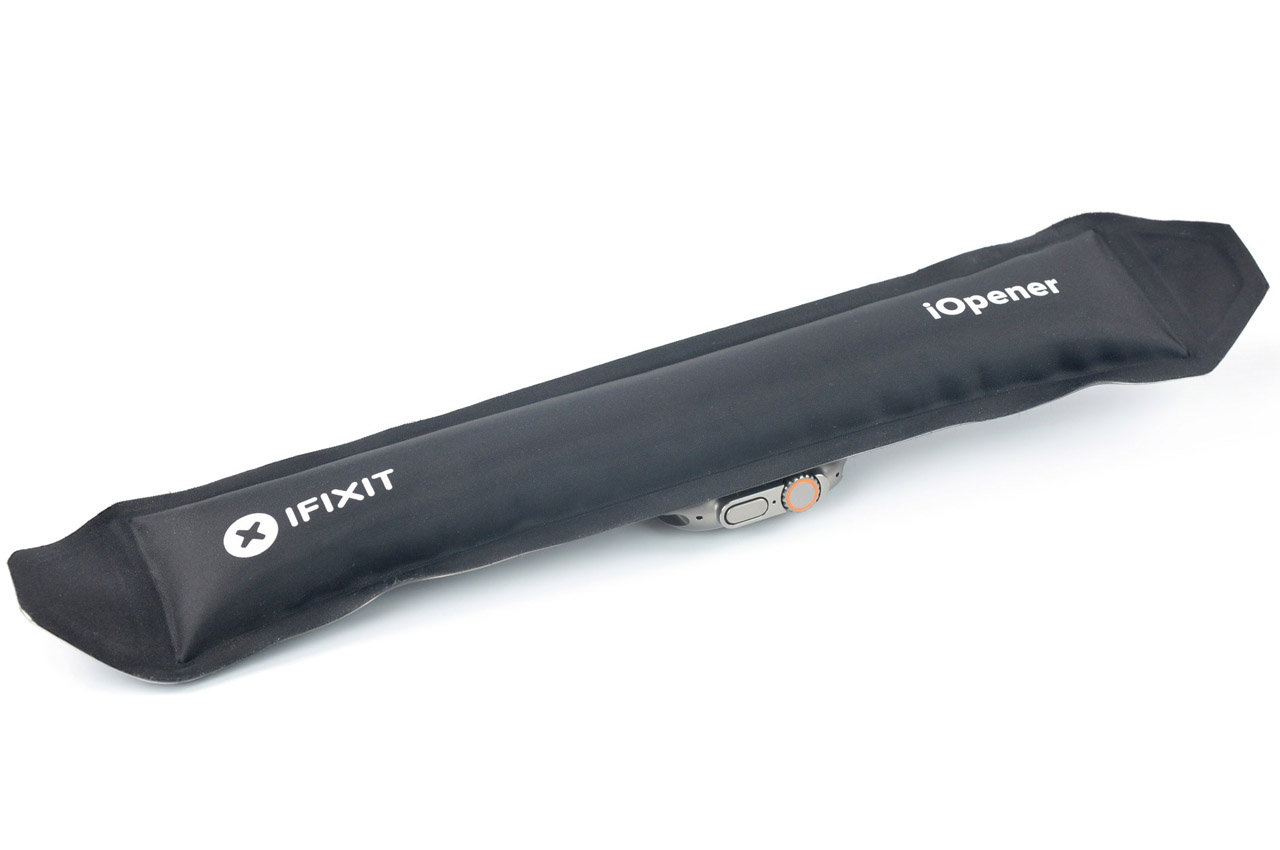 In just its sixth year, the K-Design Award does something unusually brilliant in the fact that it sets its sight on design thinking, rather than…

A Chair Deserving of the Name “Green”

Javier Mariscal, the man behind some of the most iconic designs of this generation, aims to improve quality of life and reduce carbon footprints with…

I had the privilege of being one of the 1900 guests who celebrated the prize winners of the iF design awards, in a lavish ceremony…

A smartphone is one thing that all of us rely on for most (if not all) tasks during the day, and the increasing screen size…